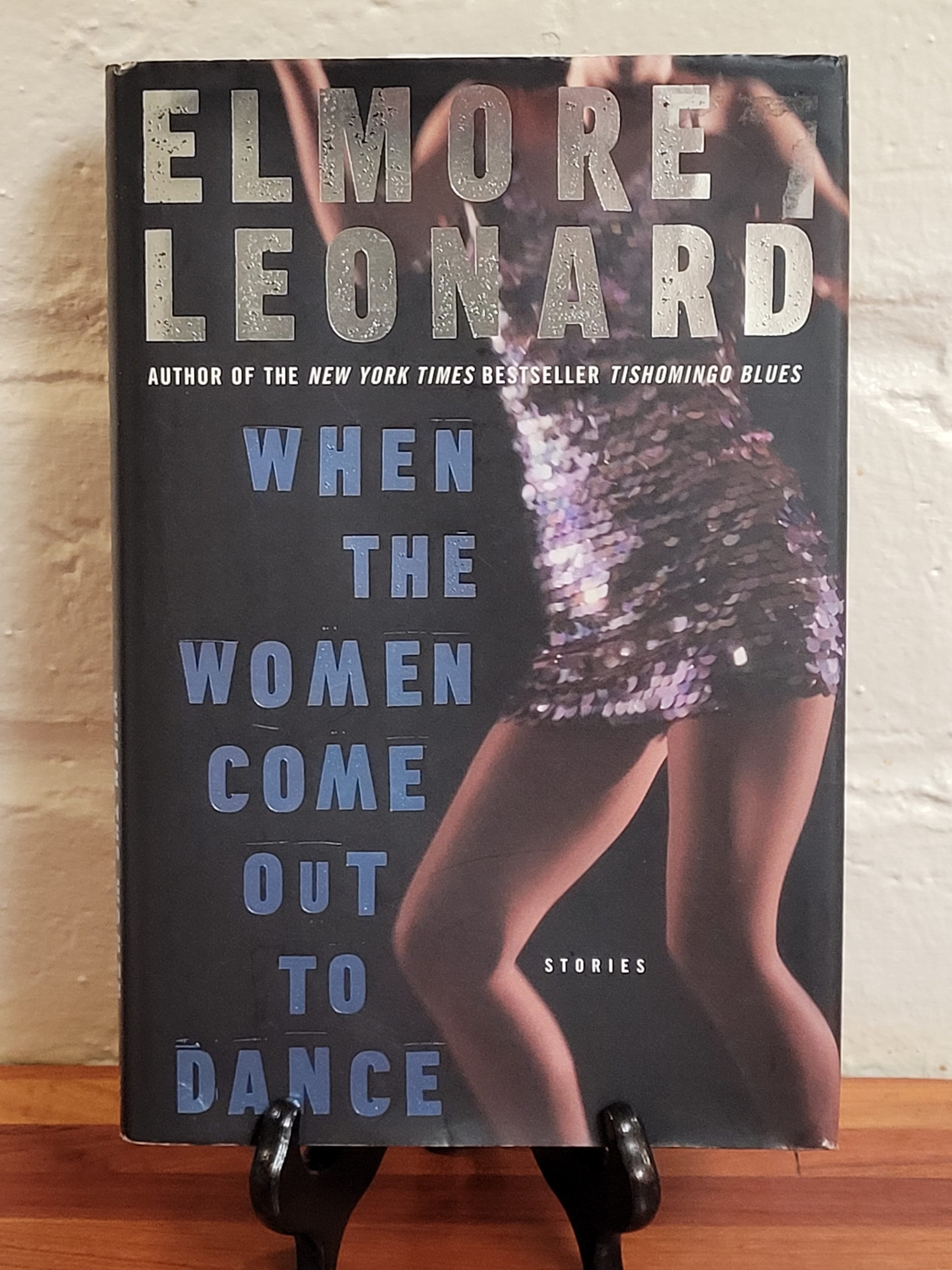 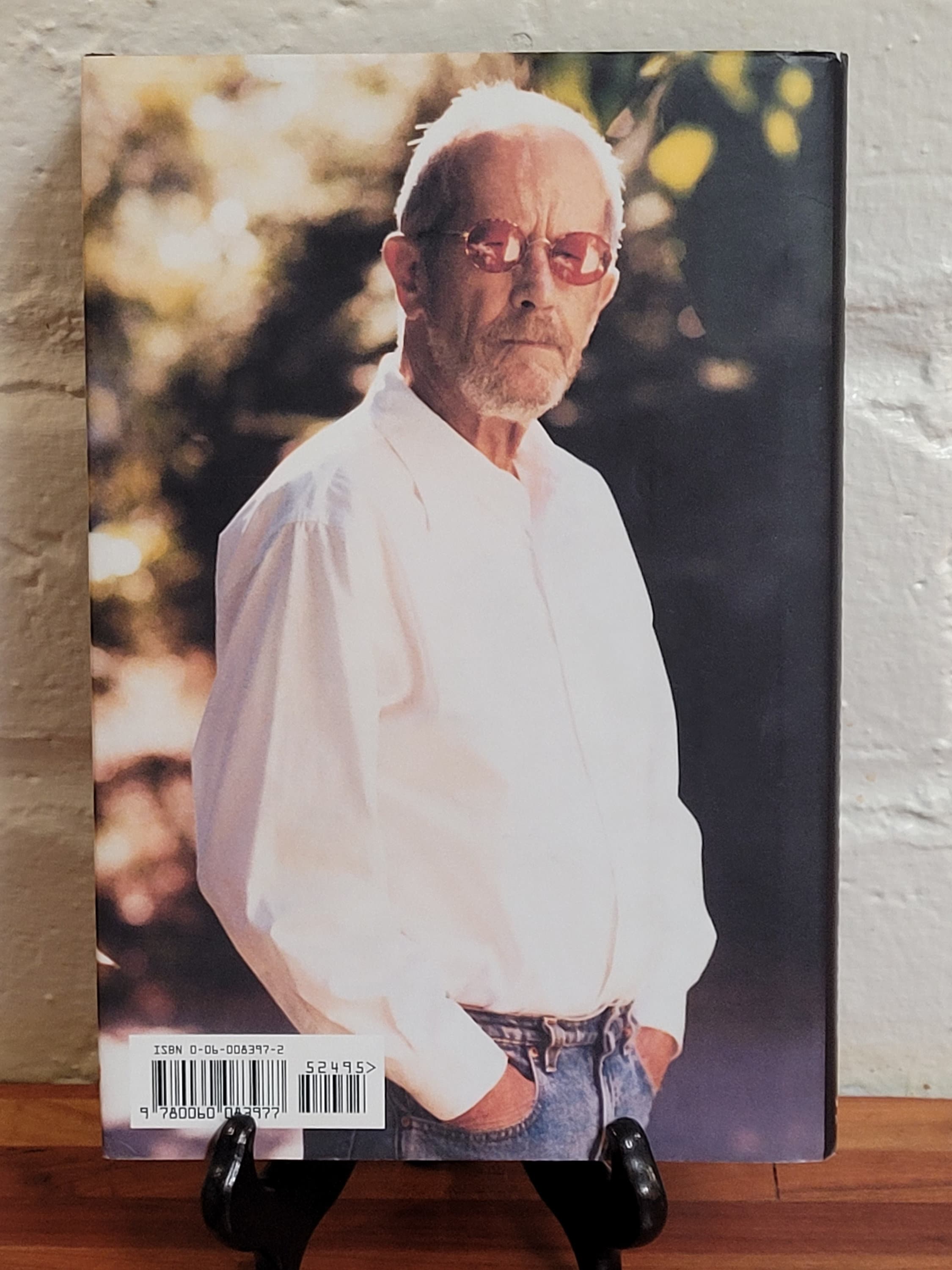 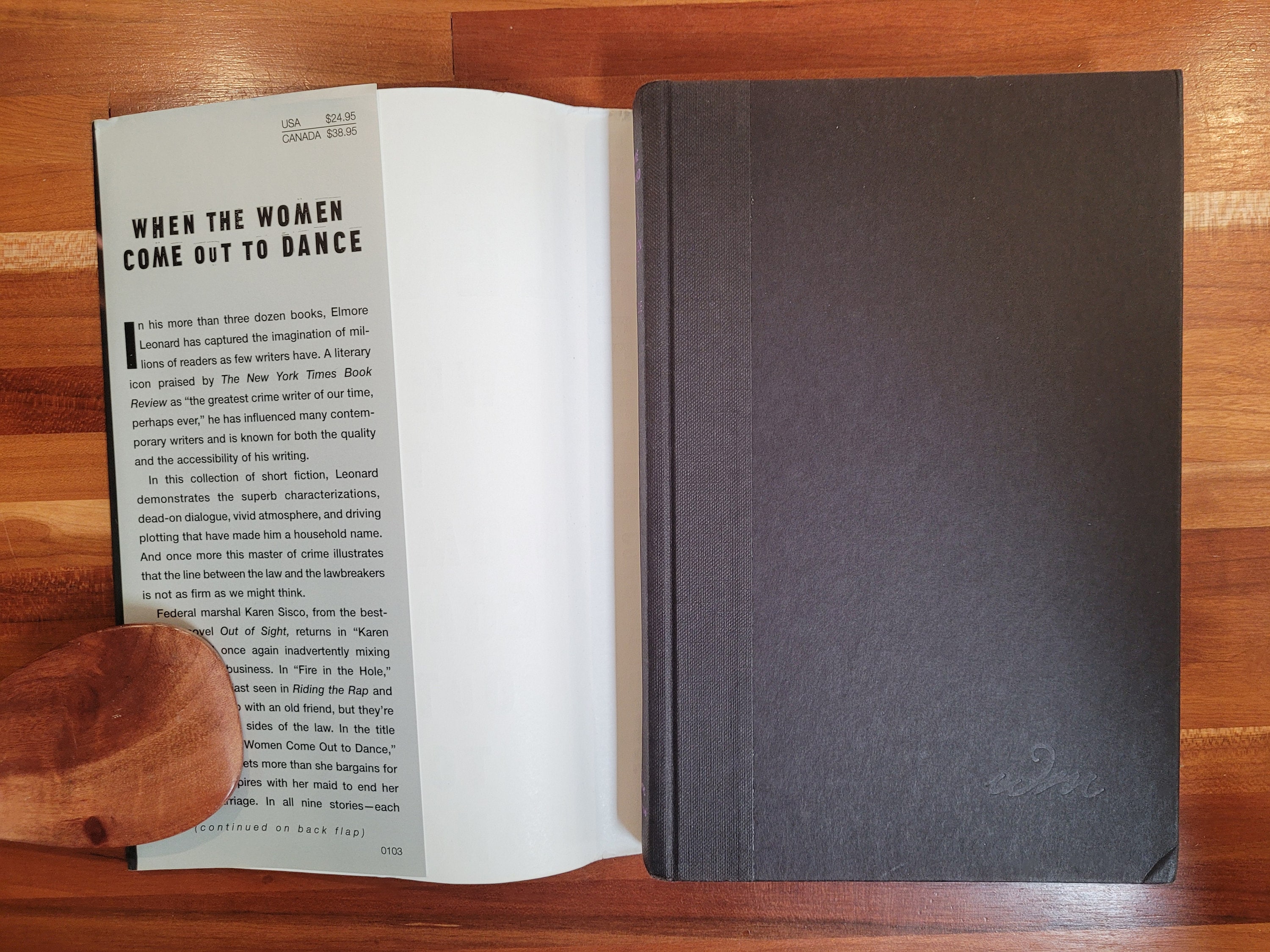 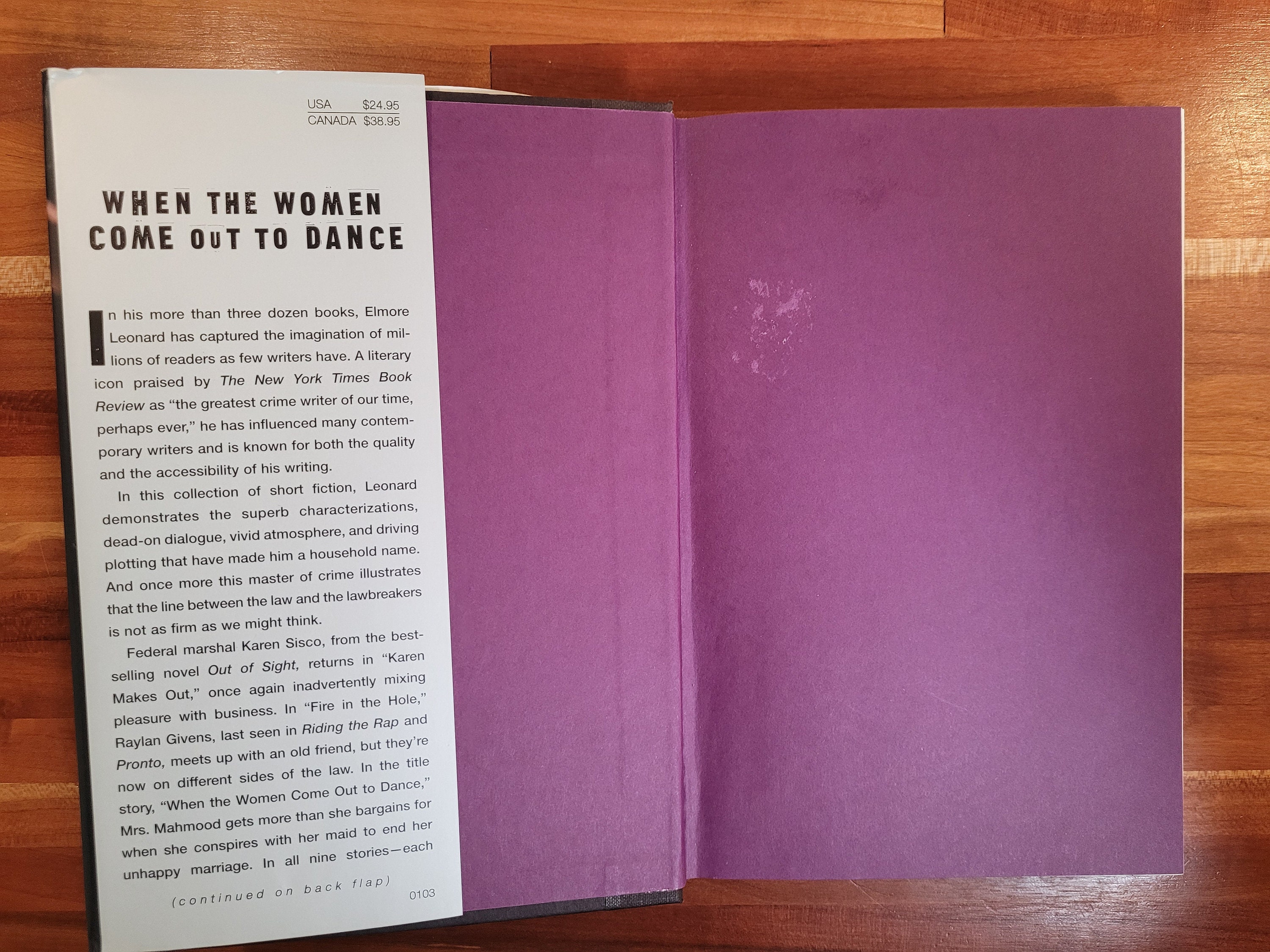 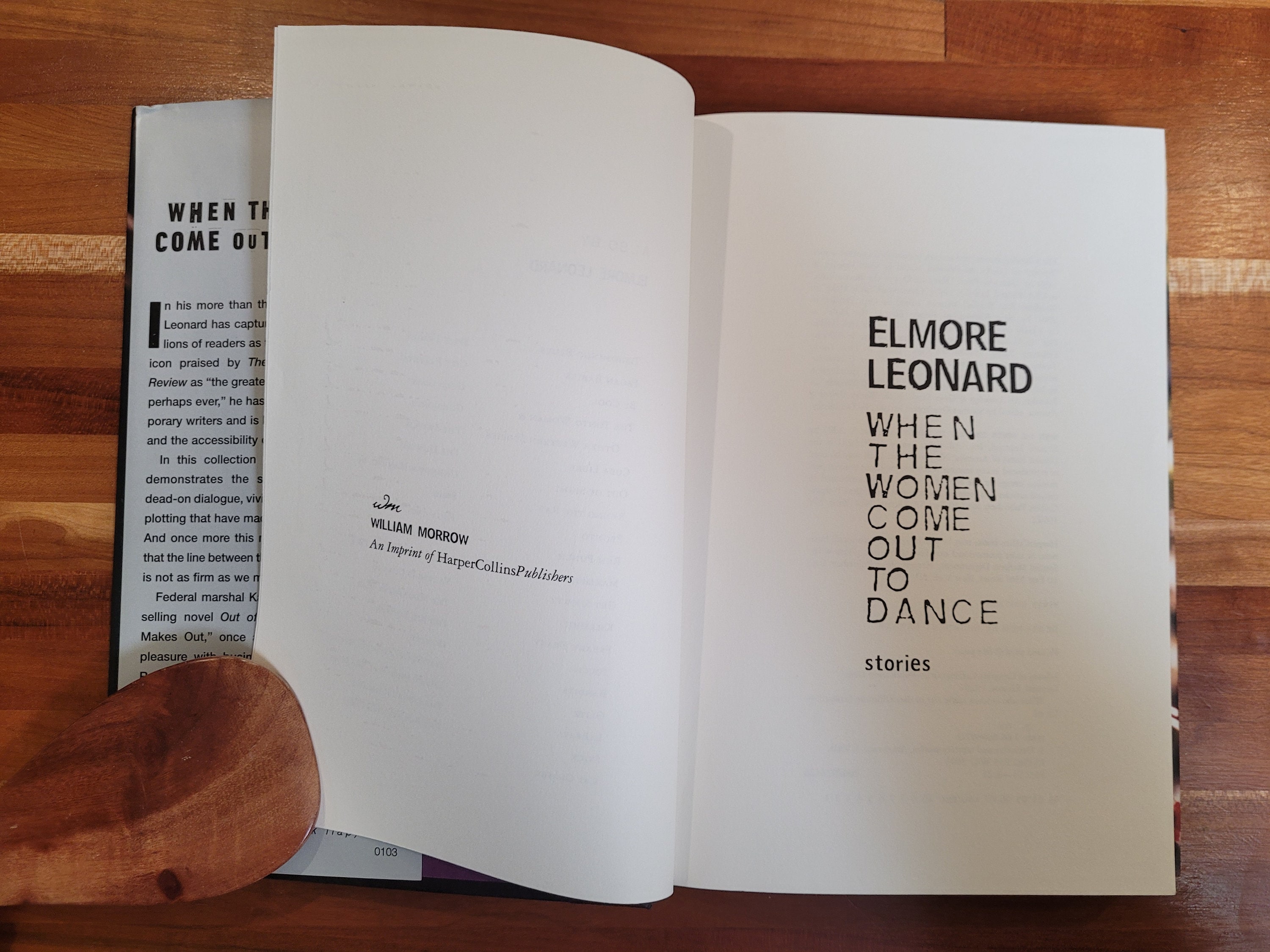 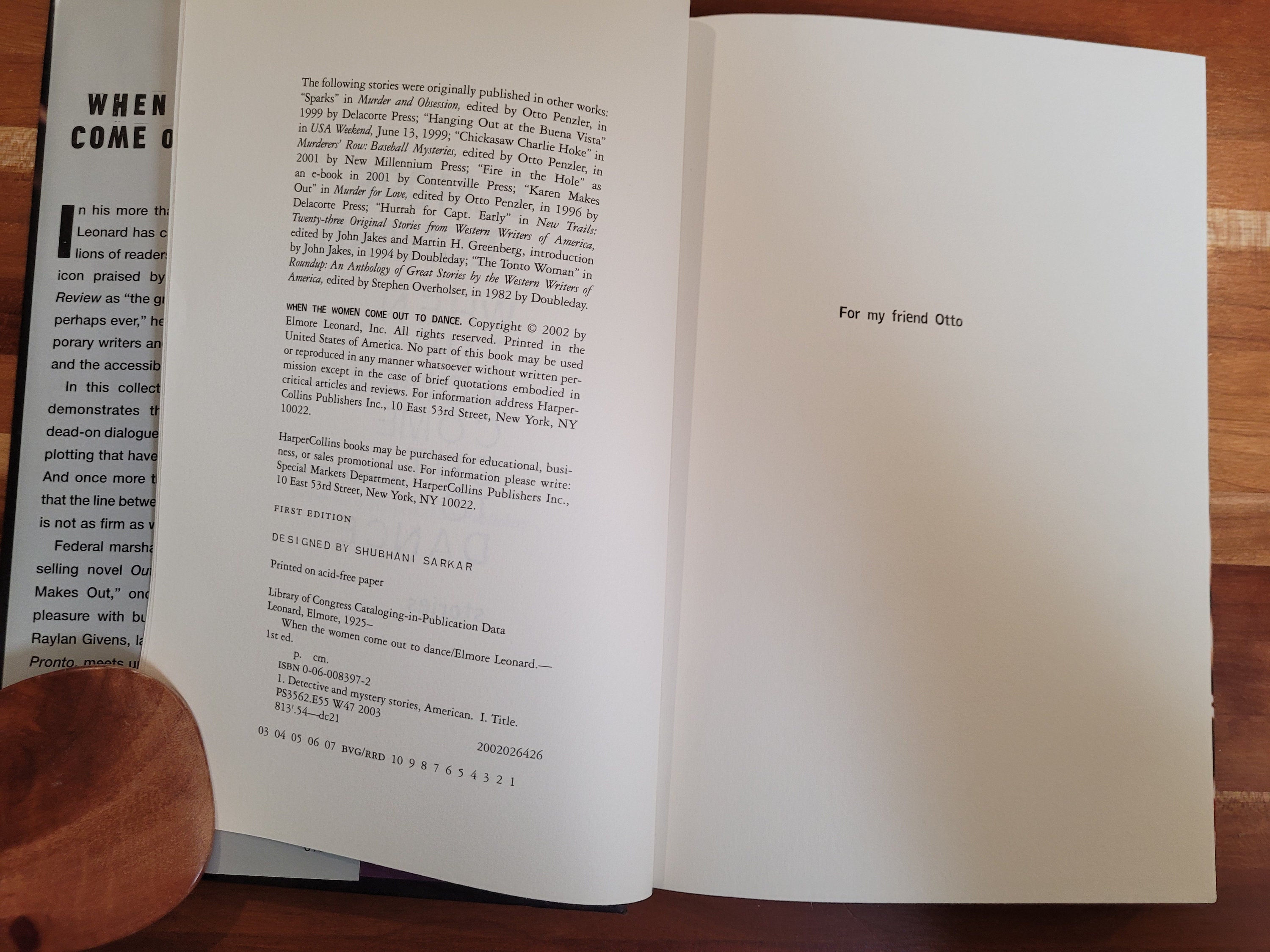 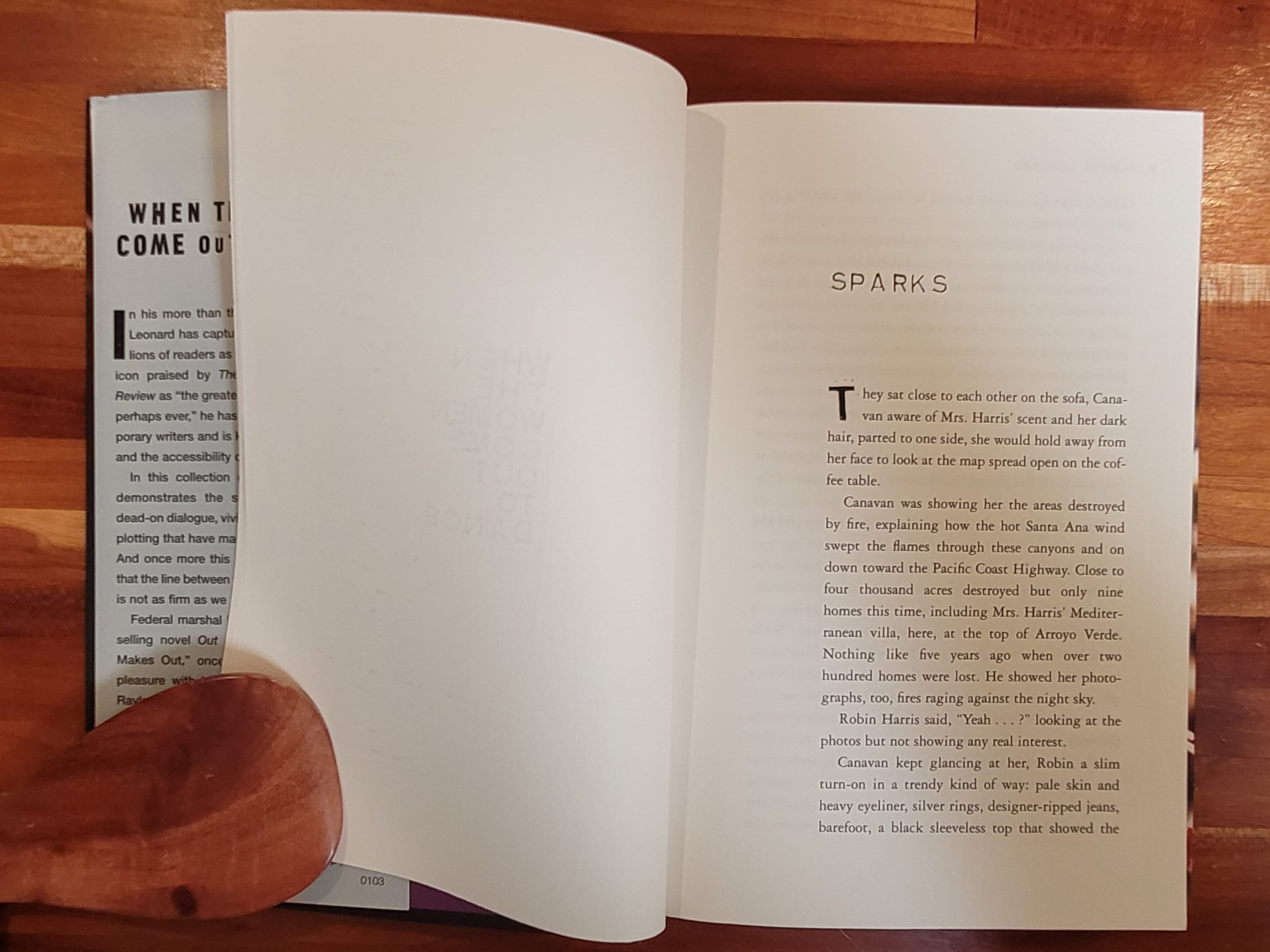 When the Women Came Out to Dance by Elmore Leonard - First Edition - Vintage Book, Short Stories

2002 first edition thus of "When the Women Come Out to Dance" by Elmore Leonard.

Written by Elmore Leonard. 2002 first edition thus. (A collection of stories, some previously published. A later reprint was titled Fire In The Hole.) William Morrow, an imprint of HarperCollinsPublishers.

"In this collection of short fiction, Leonard demonstrates the superb characterizations, dead-on dialogue, vivid atmosphere, and driving plotting that have made him a household name. ...

"Federal marshal Karen Sisco, from the best-selling novel Out of Sight, returns in "Karen Makes Out," once again inadvertently mixing pleasure with business. In "Fire in the Hole," Raylan Givens, last seen in Riding the Rap and Pront, meets up with an old friend, but they're now on different sides of the law. In the title story, "When the Women Come Out to Dance," Mrs. Mahmood gets more than she bargains for when she conspires with her maid to end her unhappy marriage.

Sparks
Hanging Out at the Buena Vista
Chickasaw Charlie Hoke
When the Women Come Out to Dance
Fire in the Hole
Karen Makes Out
Hurrah for Capt. Early
The Tonto Woman
Tenkiller

Elmore Leonard (1925 – 2013) started out writing Westerns but became one of America's greatest crime writers. He wrote more than forty novels, including The Switch, The Big Bounce, Swag, Maximum Bob, and Mr. Majestyk. Films adapted from his stories include Get Shorty, 3:10 to Yuma, The Tall T, and the Justified series.