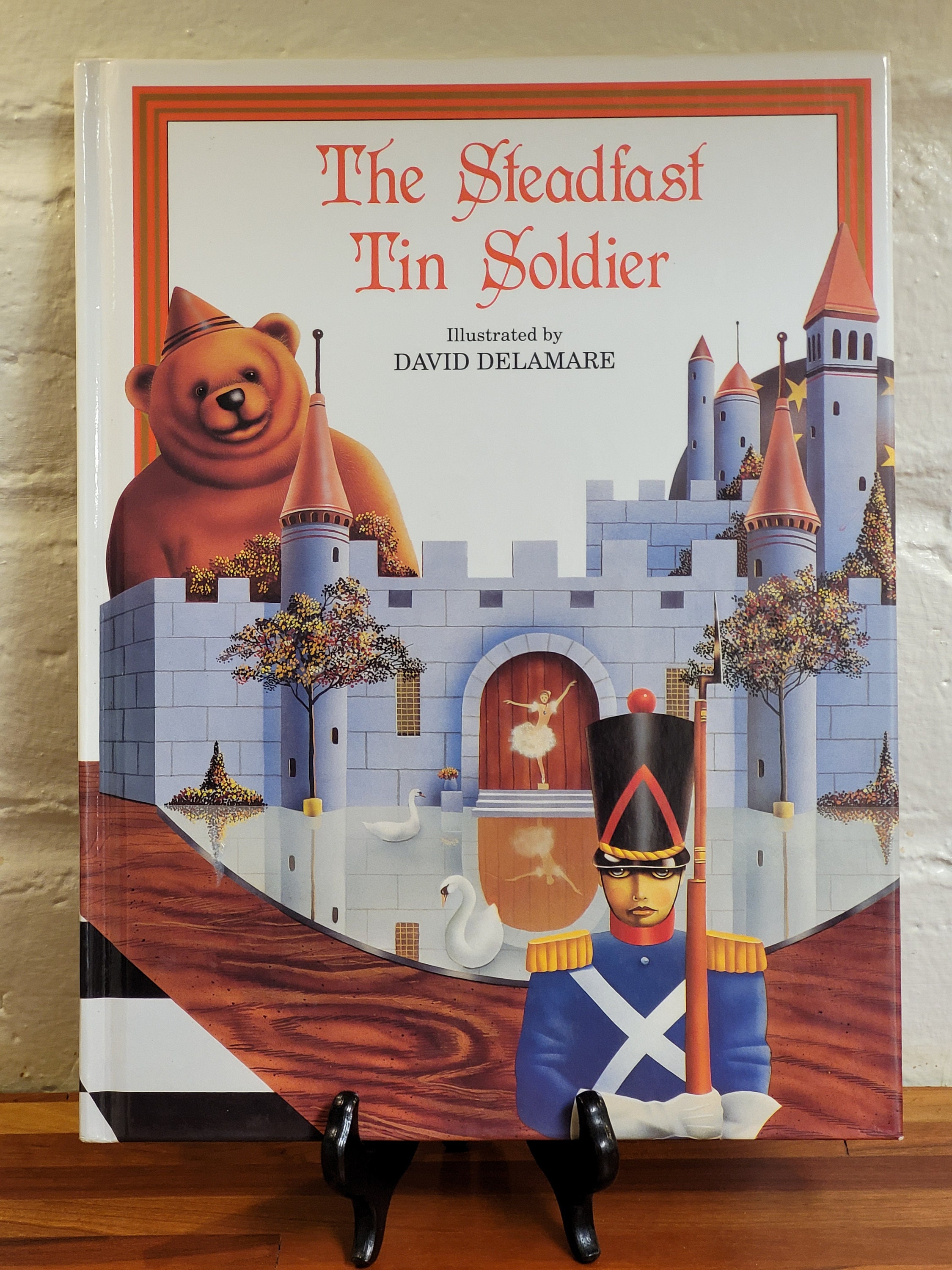 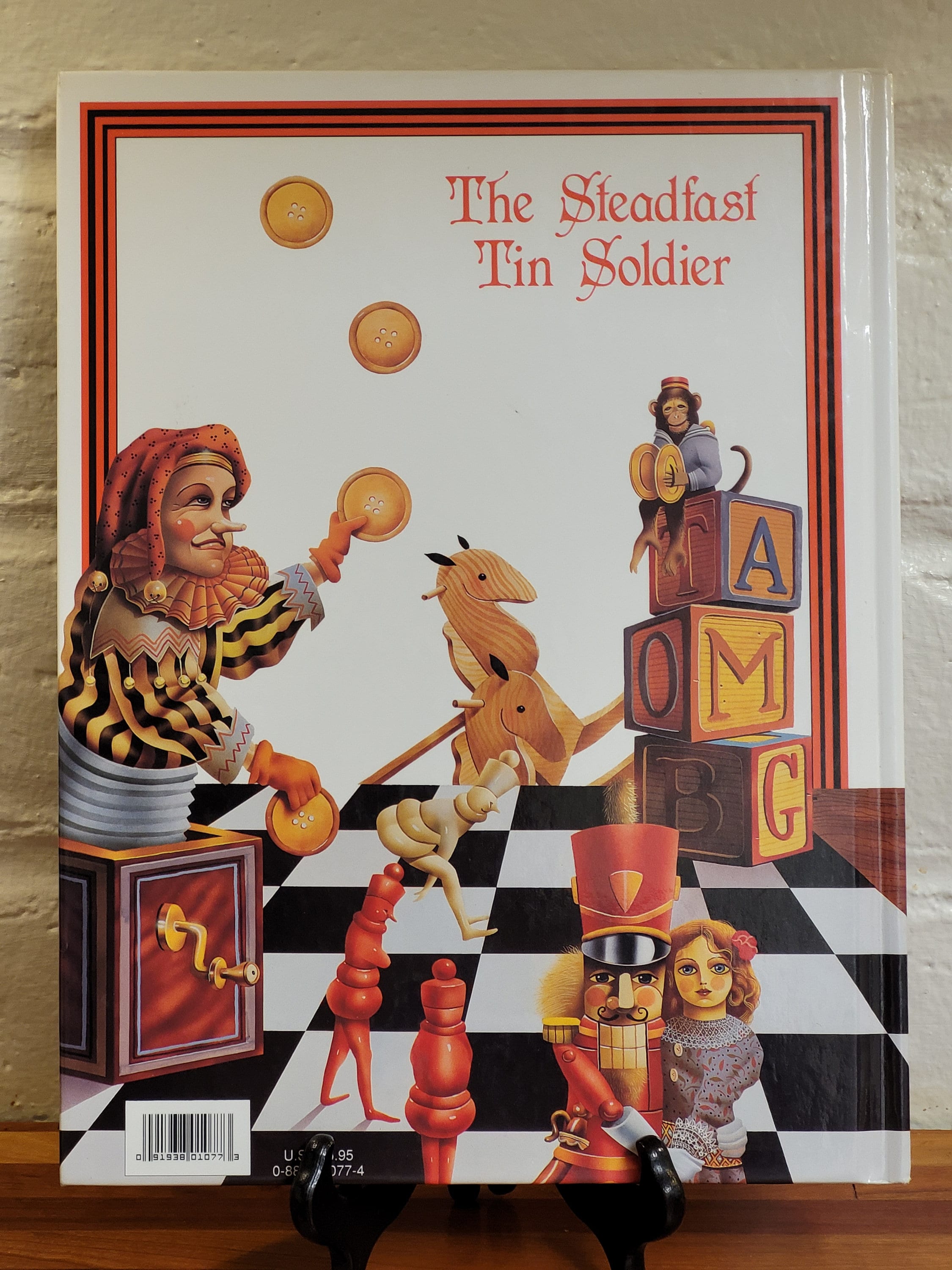 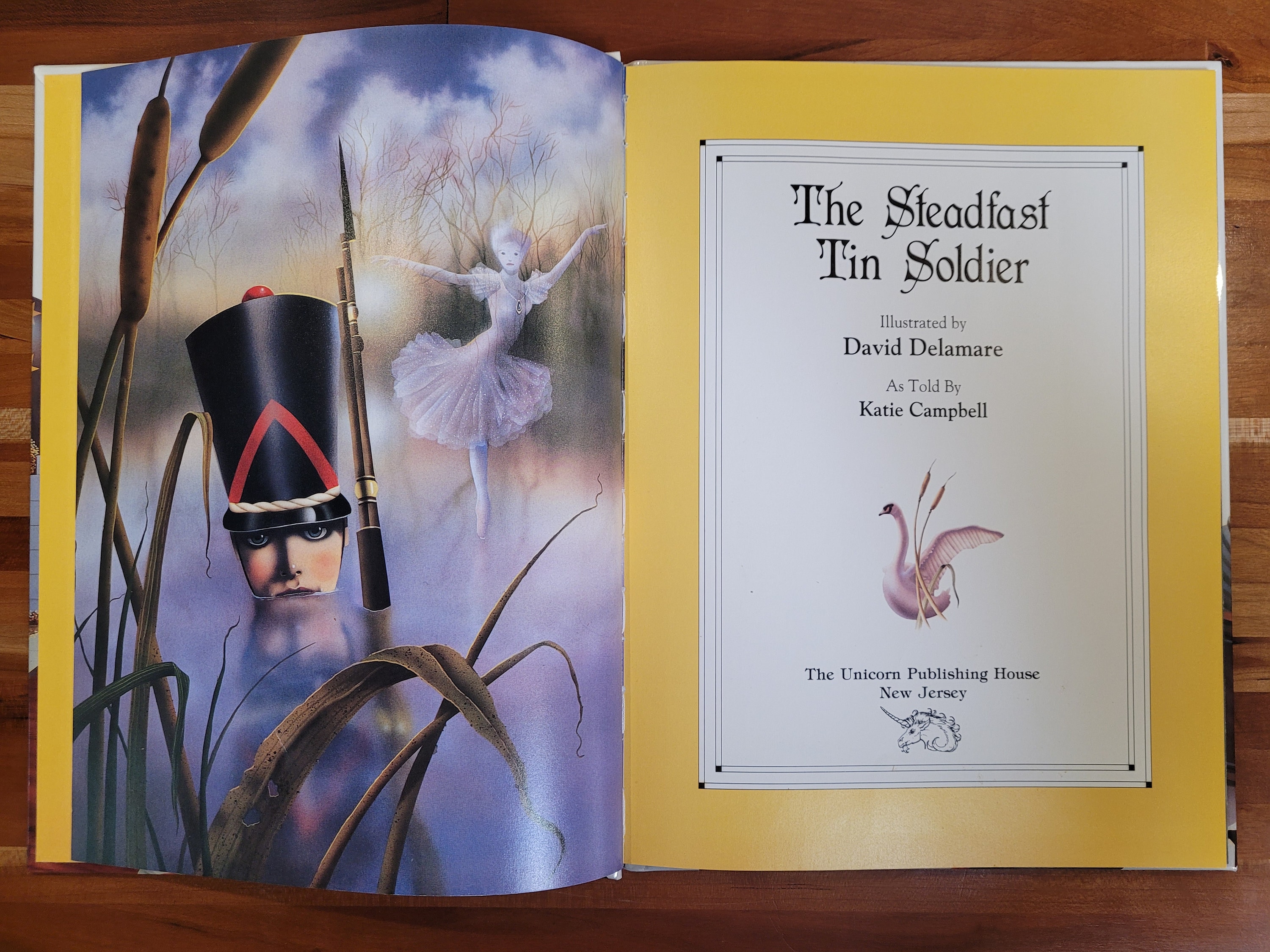 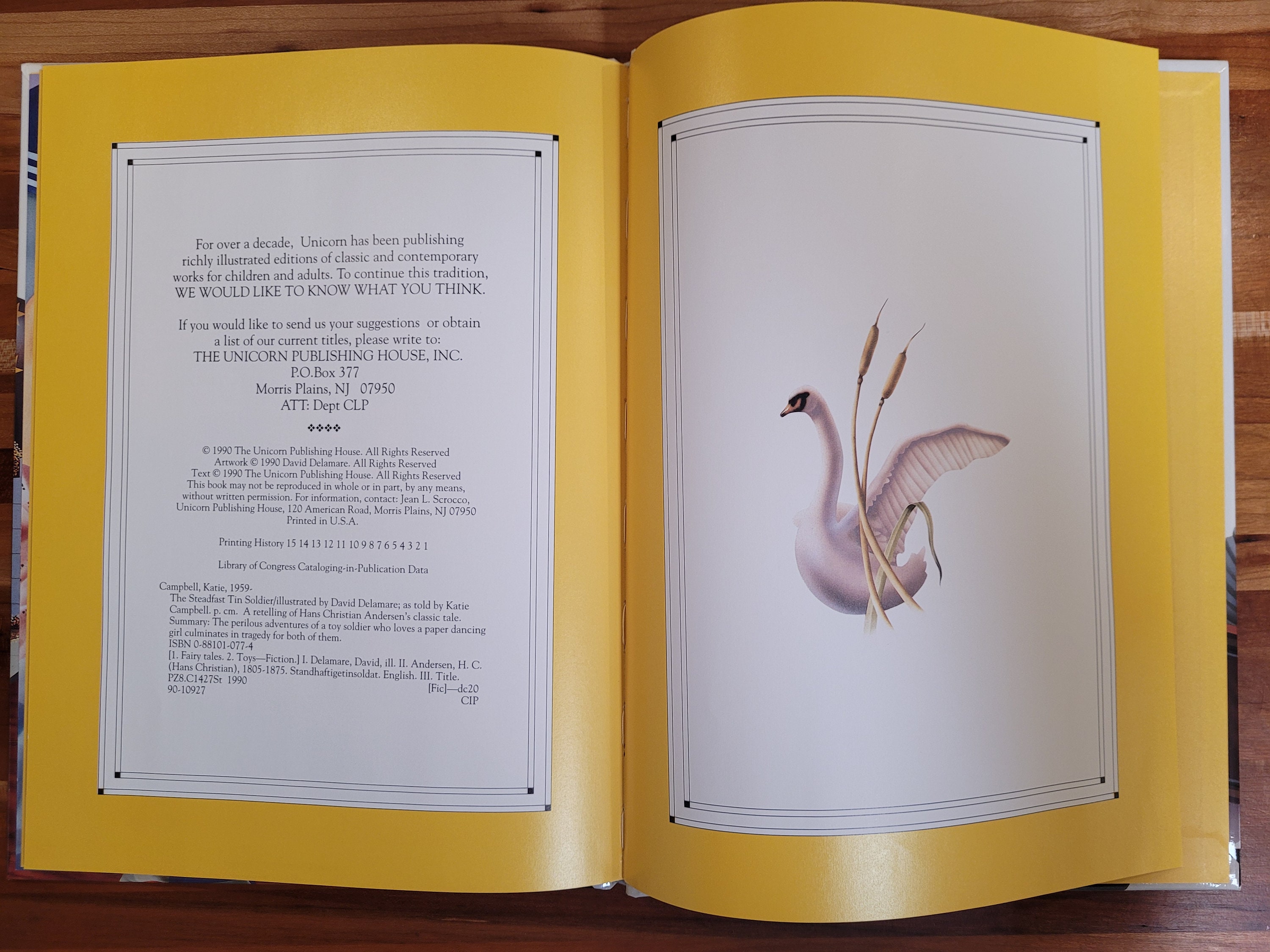 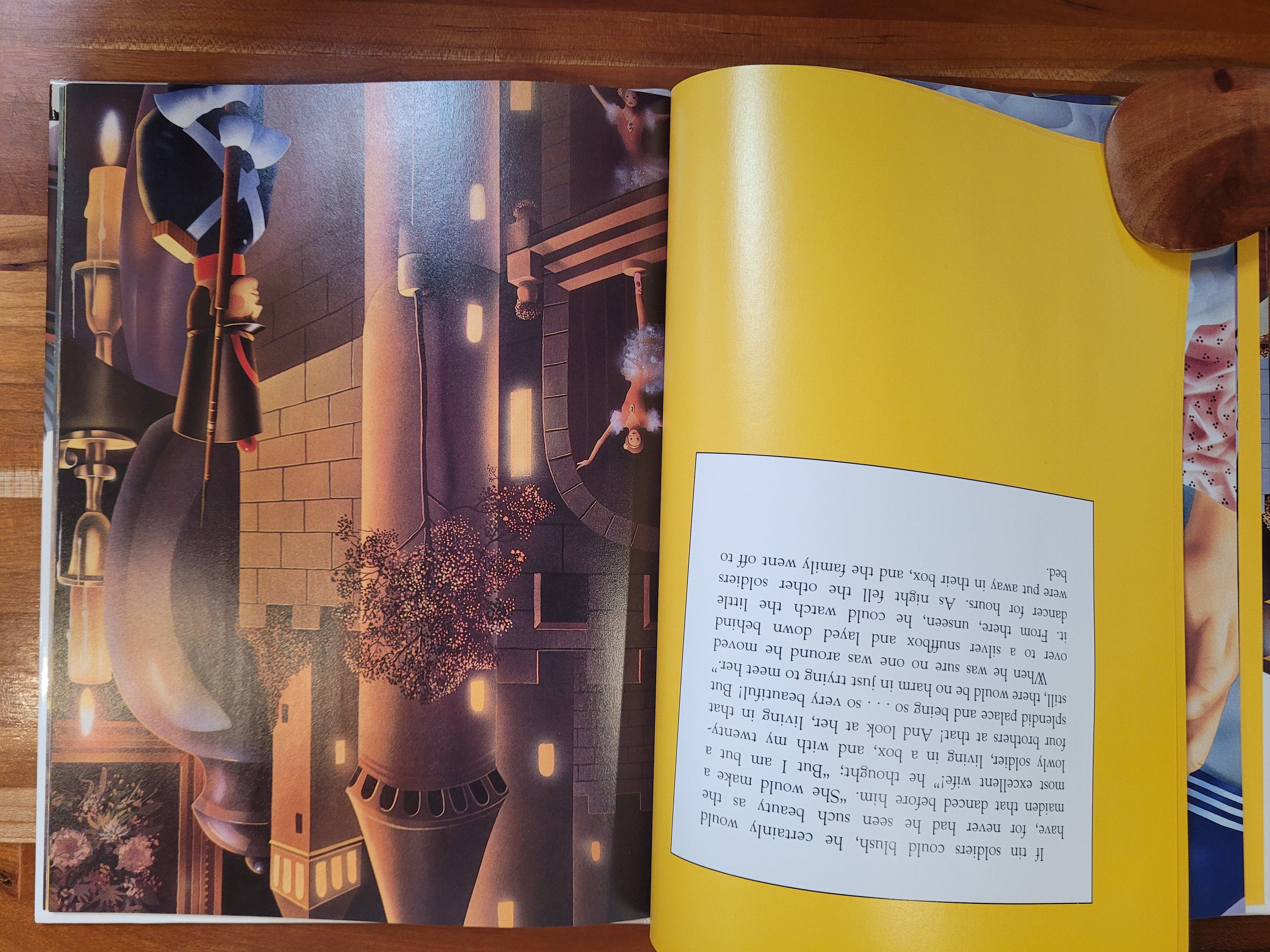 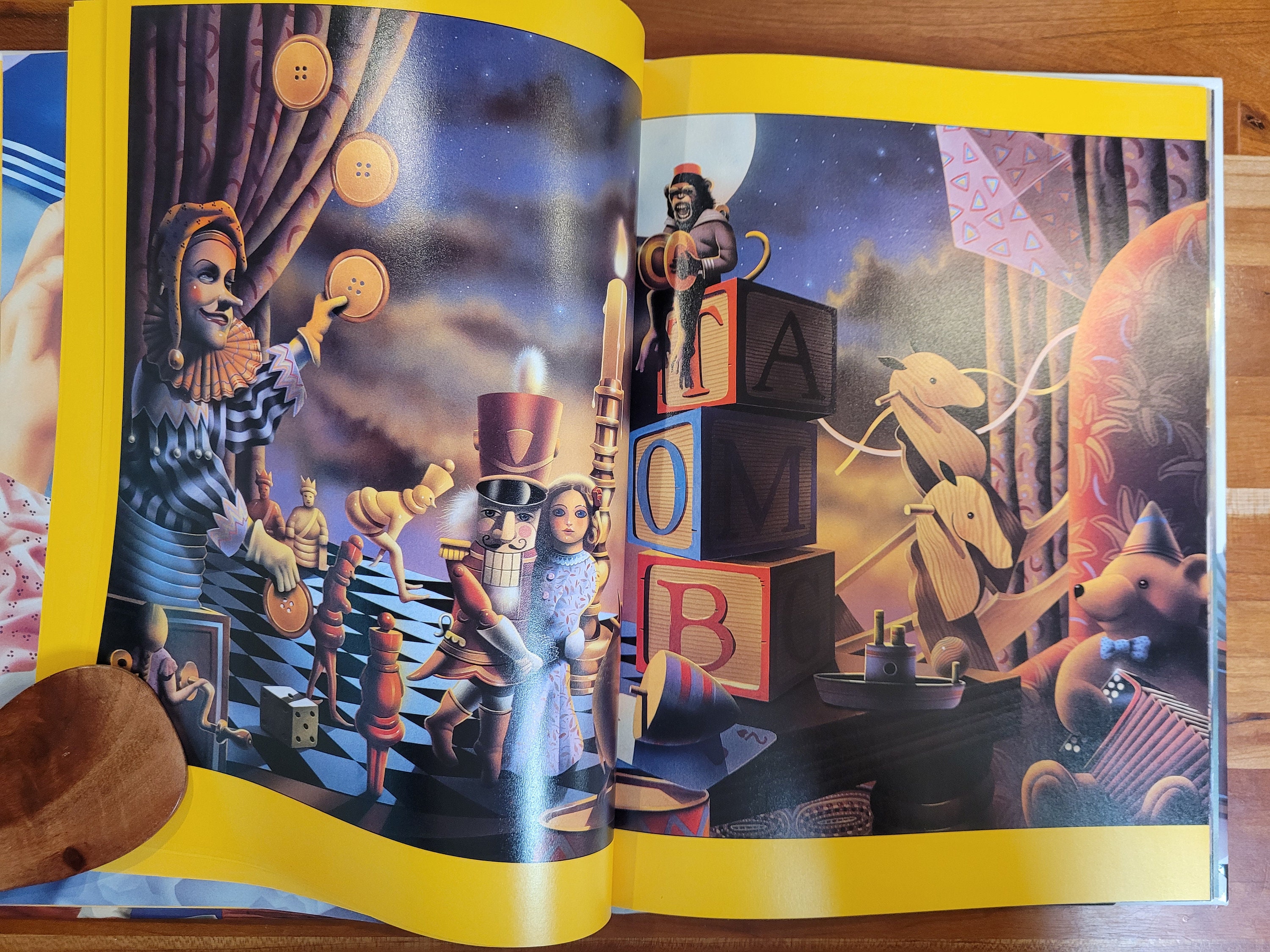 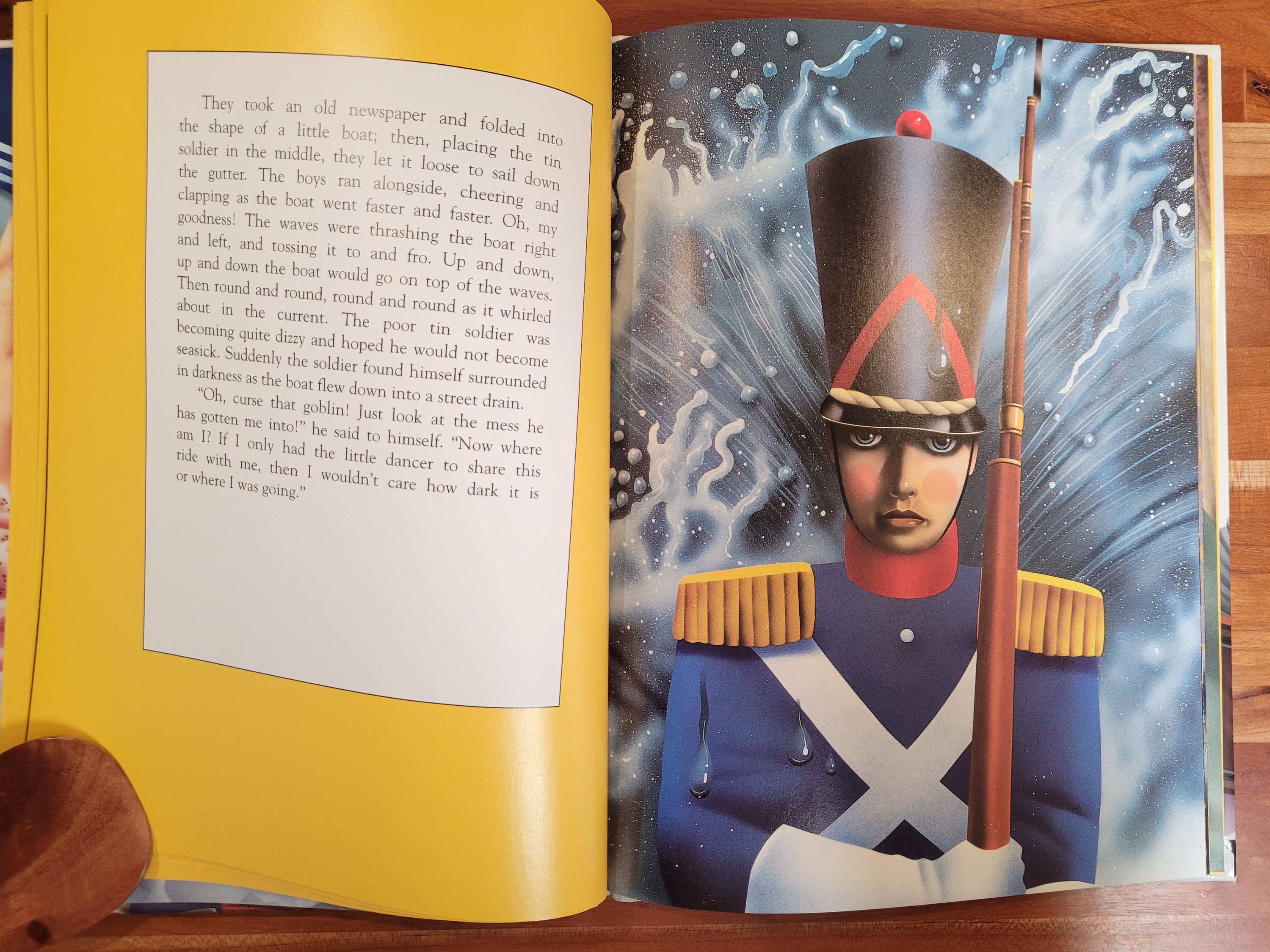 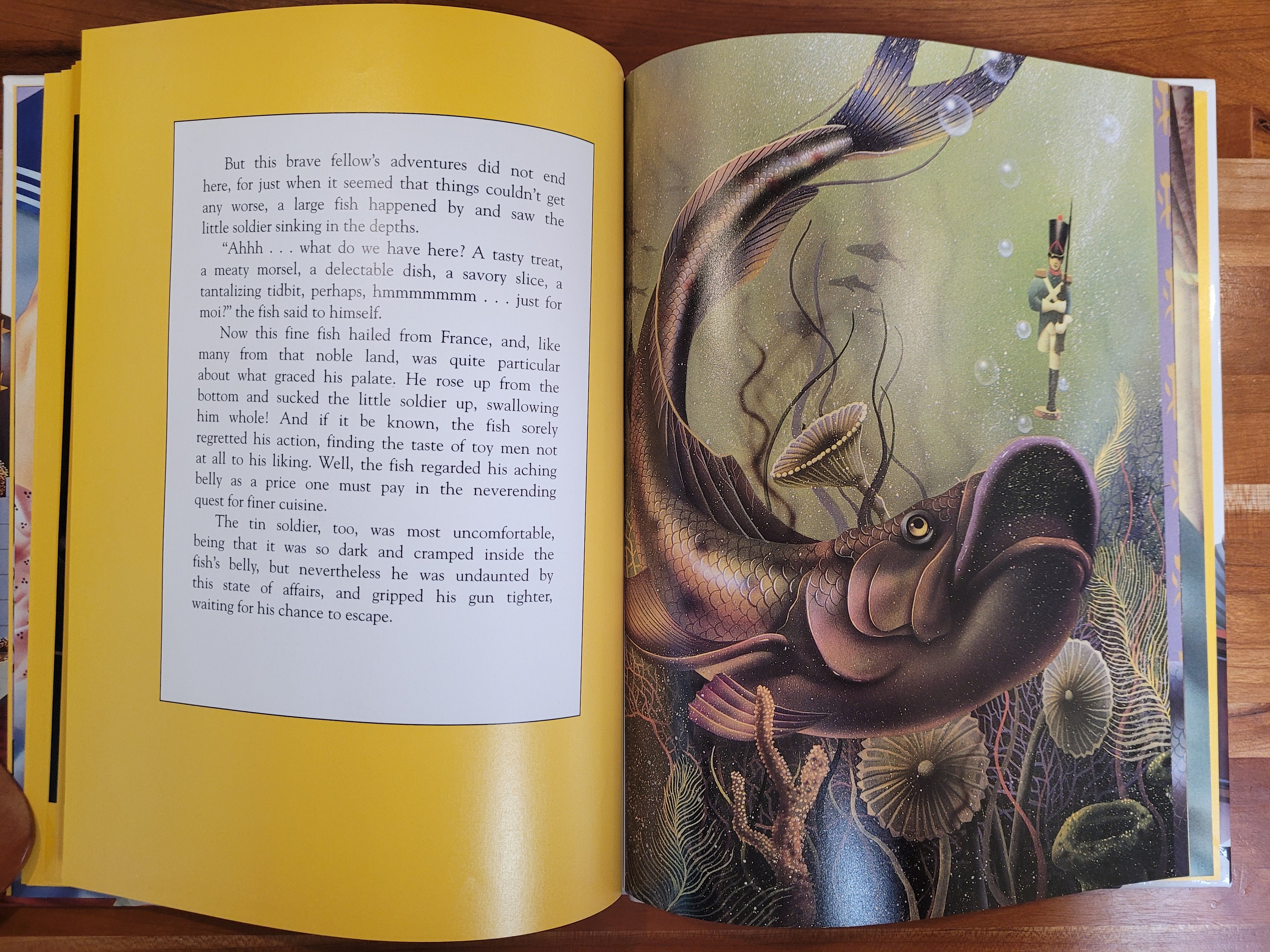 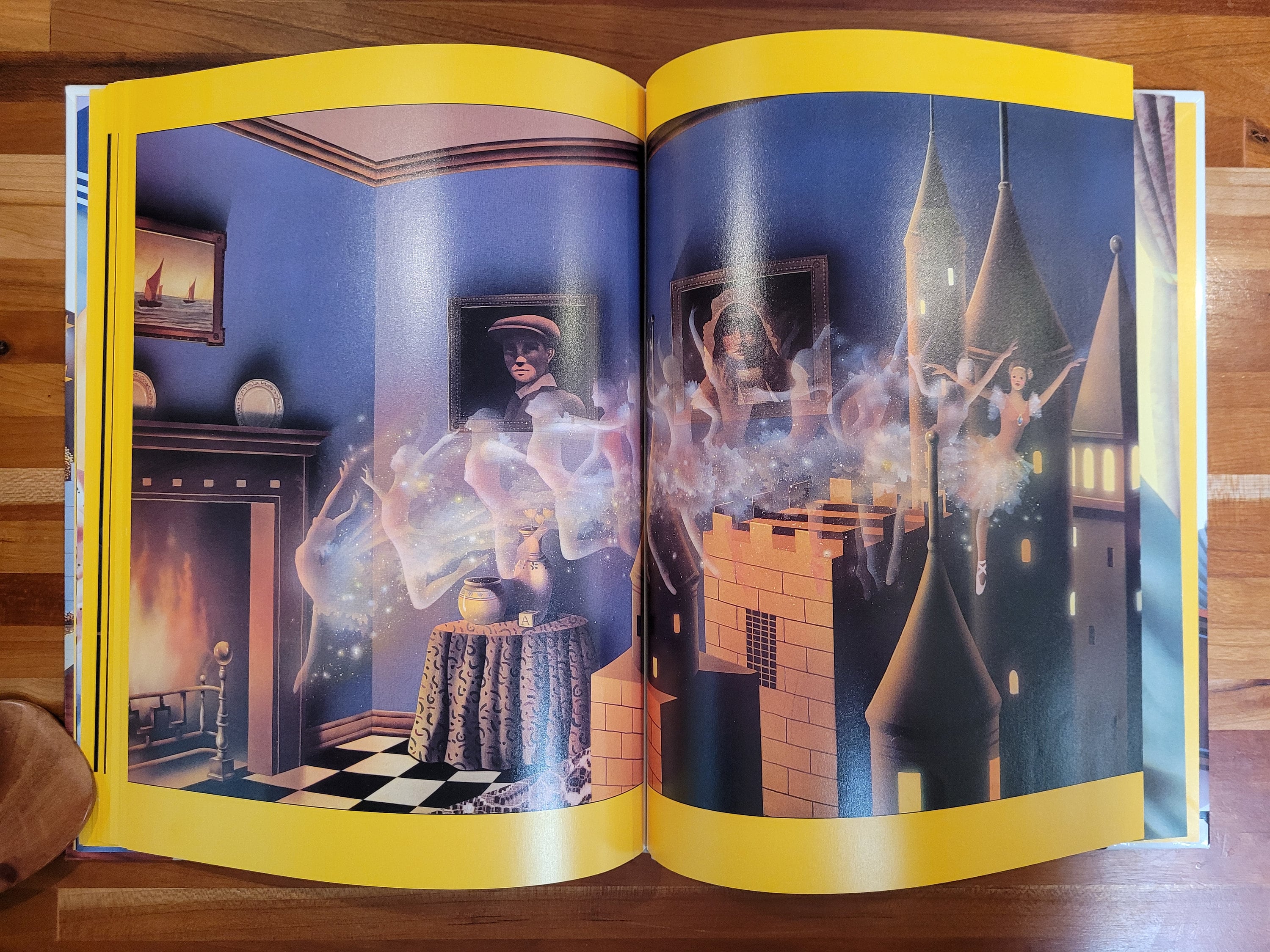 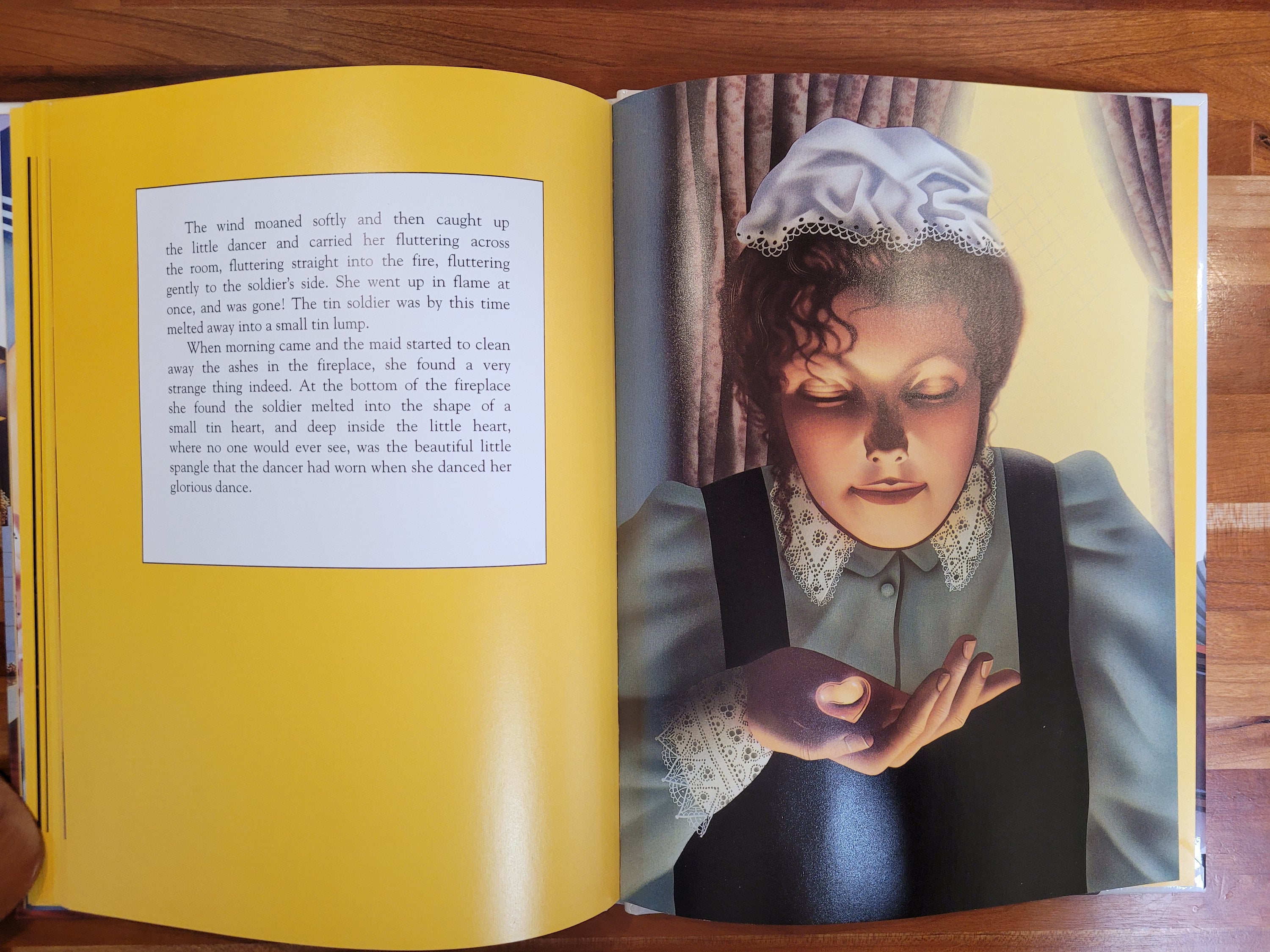 "There was once a troop of gallant tin soldiers, twenty-five to be exact, all brothers, as they had all been made from the same tin spoon. Each little man rested his gun firmly against his shoulder, always standing straight and proud, and, of course, keeping his eyes well to the front. They all wore the most splendid uniform of red and blue, with high-top cap, snug white gloves, and shiny black boots. For a long time they waited in readiness within the dark recesses of their tin lodging. Finally the day arrived when the lid was lifted, and the smiling face of a little boy peered down into the box. Clapping his hands with delight, he cried out, "Oh, look! Soldiers, tin soldiers!"

The Steadfast Tin Soldier was Hans Christian Andersen's first original tale, published in 1838. The last tin soldier cast from the spoon has only one leg. Once outside the box, he sees a pretty ballerina, and falls in love at first sight. A jealous goblin lurking among the toys as a jack-in-the-box warns him off, but the soldier ignores him. The next day, he's cast out onto the street where he's found by two boys who put him in a paper boat and float it in a gutter where it's washed in away. The soldier stoically endures a series of calamities, certain he'd reached the end, until he finds himself back home, rejoined with the pretty ballerina. But the goblin's dark magic is still at work; rather than being happy with the return of one of his soldiers, the boy throws him in the fireplace, and a wind carries the ballerina into the fire with him. However, love prevails. The next morning, a maid finds a hart-shaped piece of tin in the ashes, and within it is the sparkling gem from the ballerina's costume.