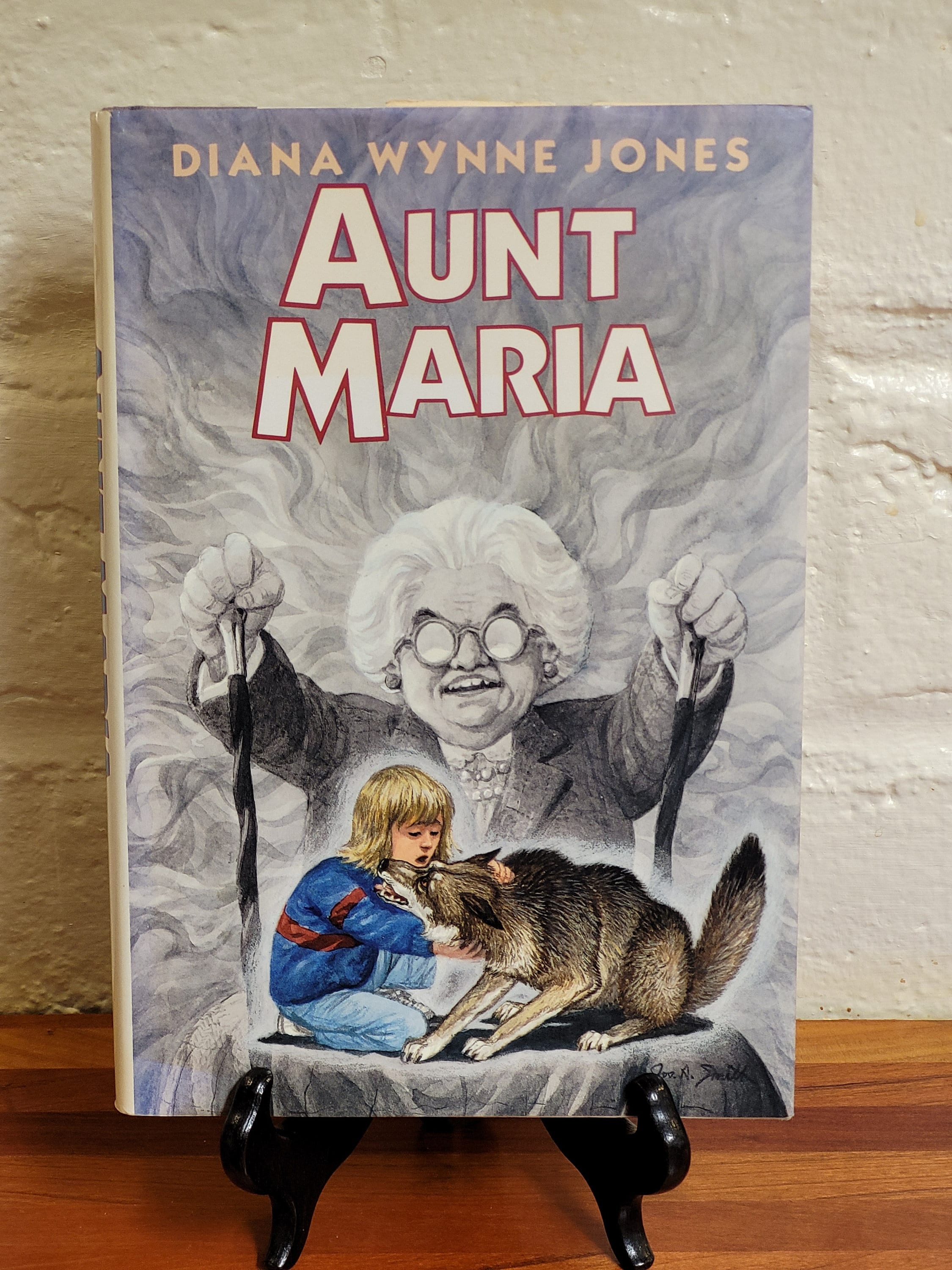 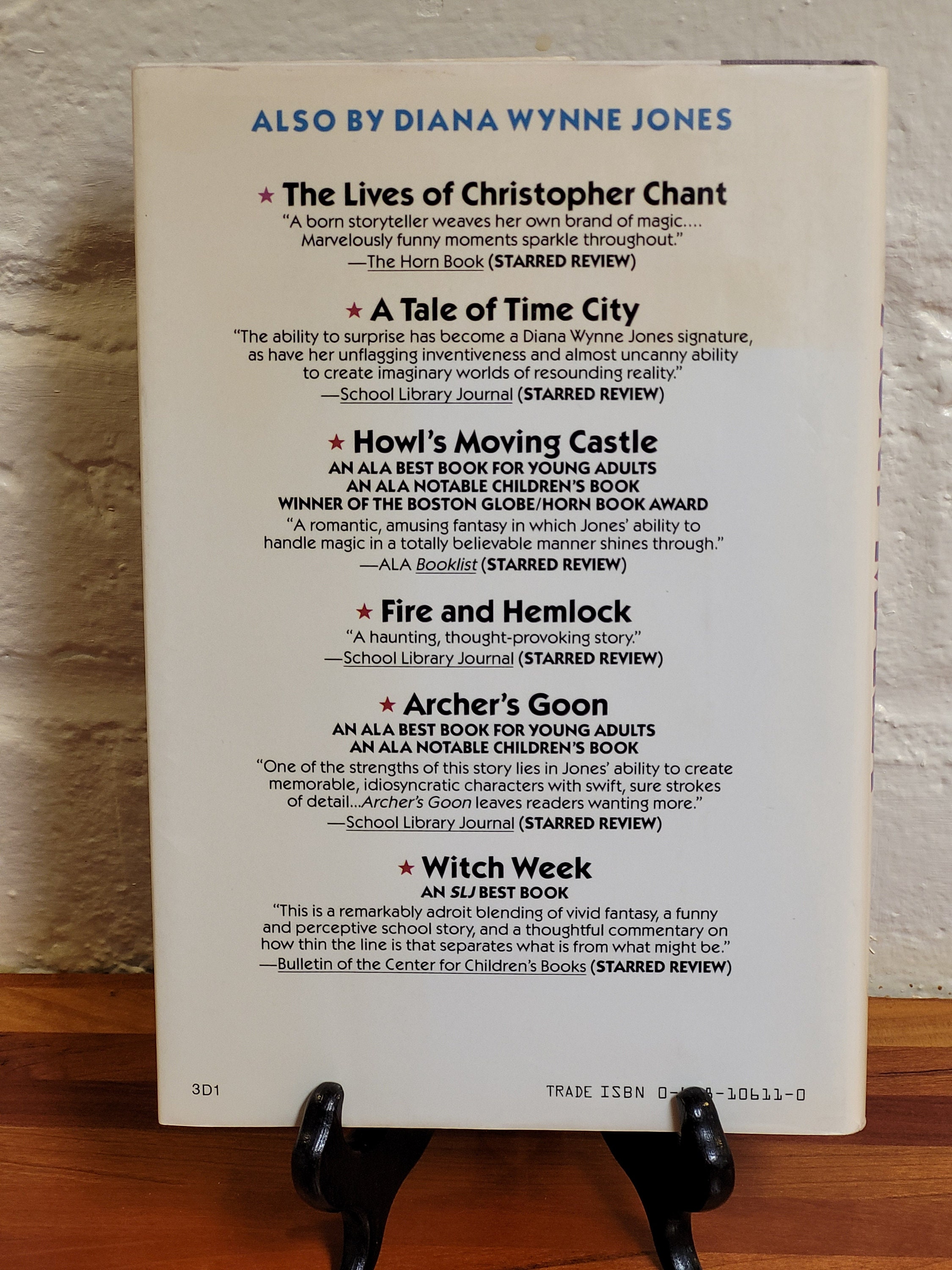 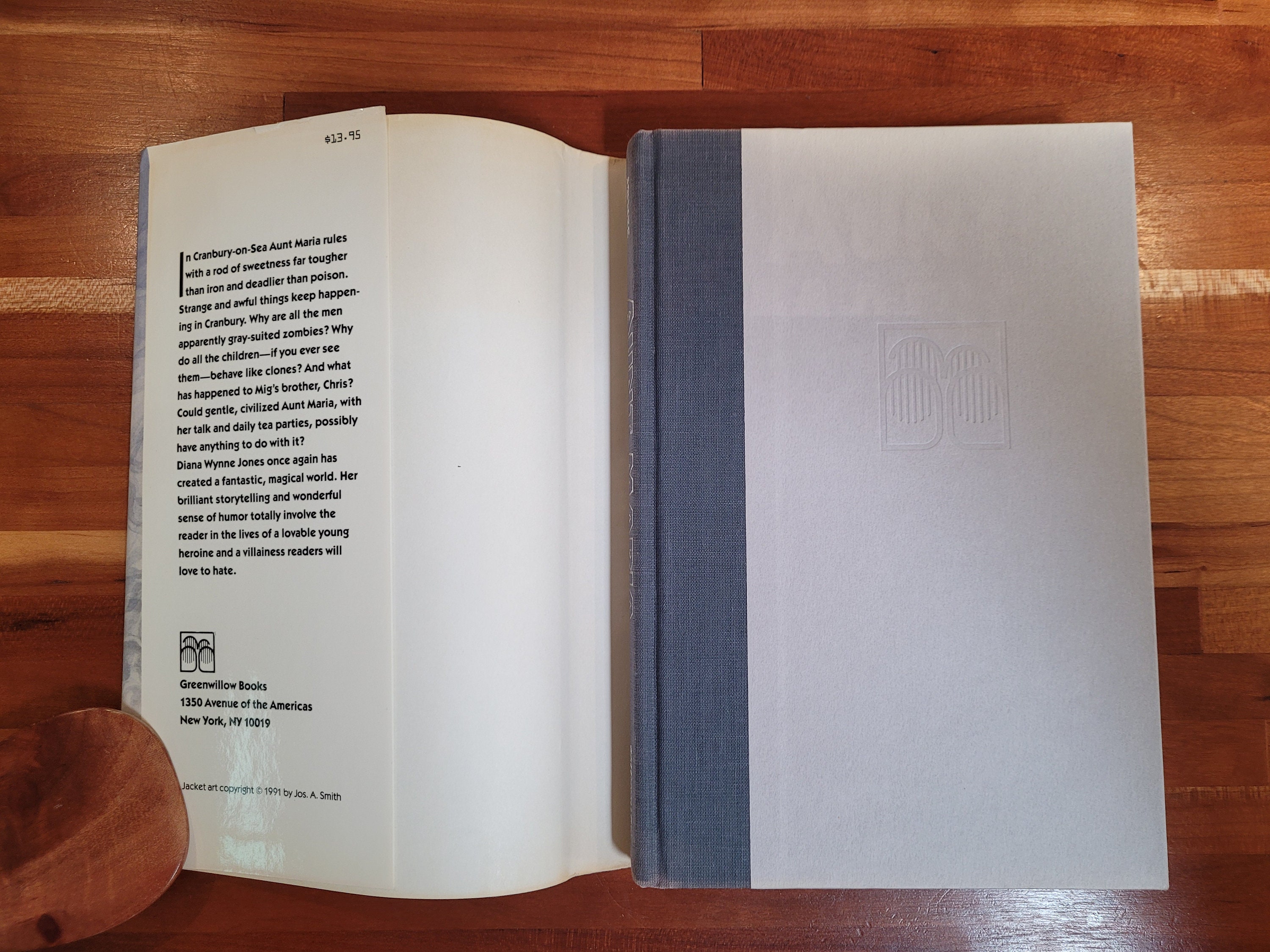 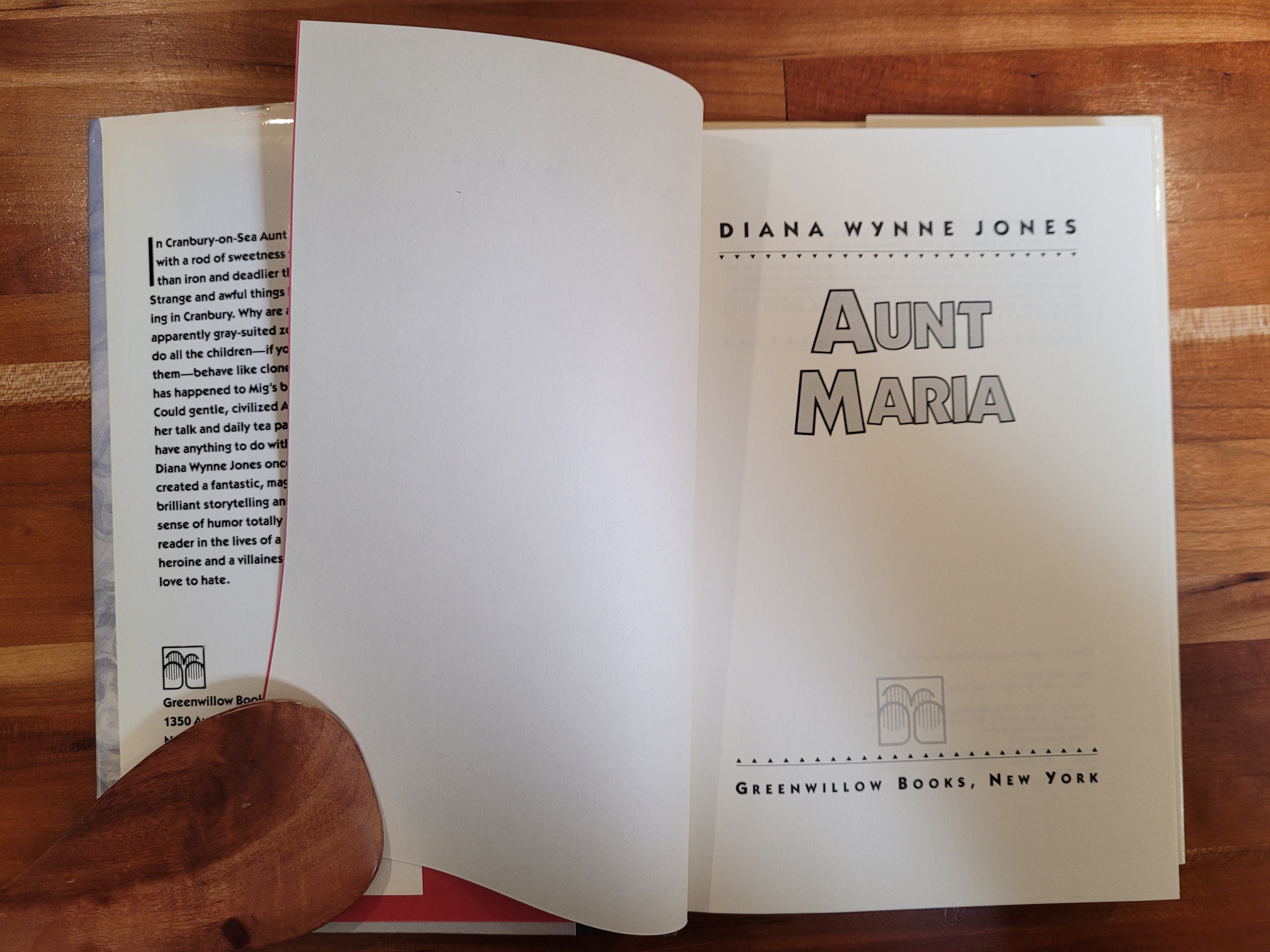 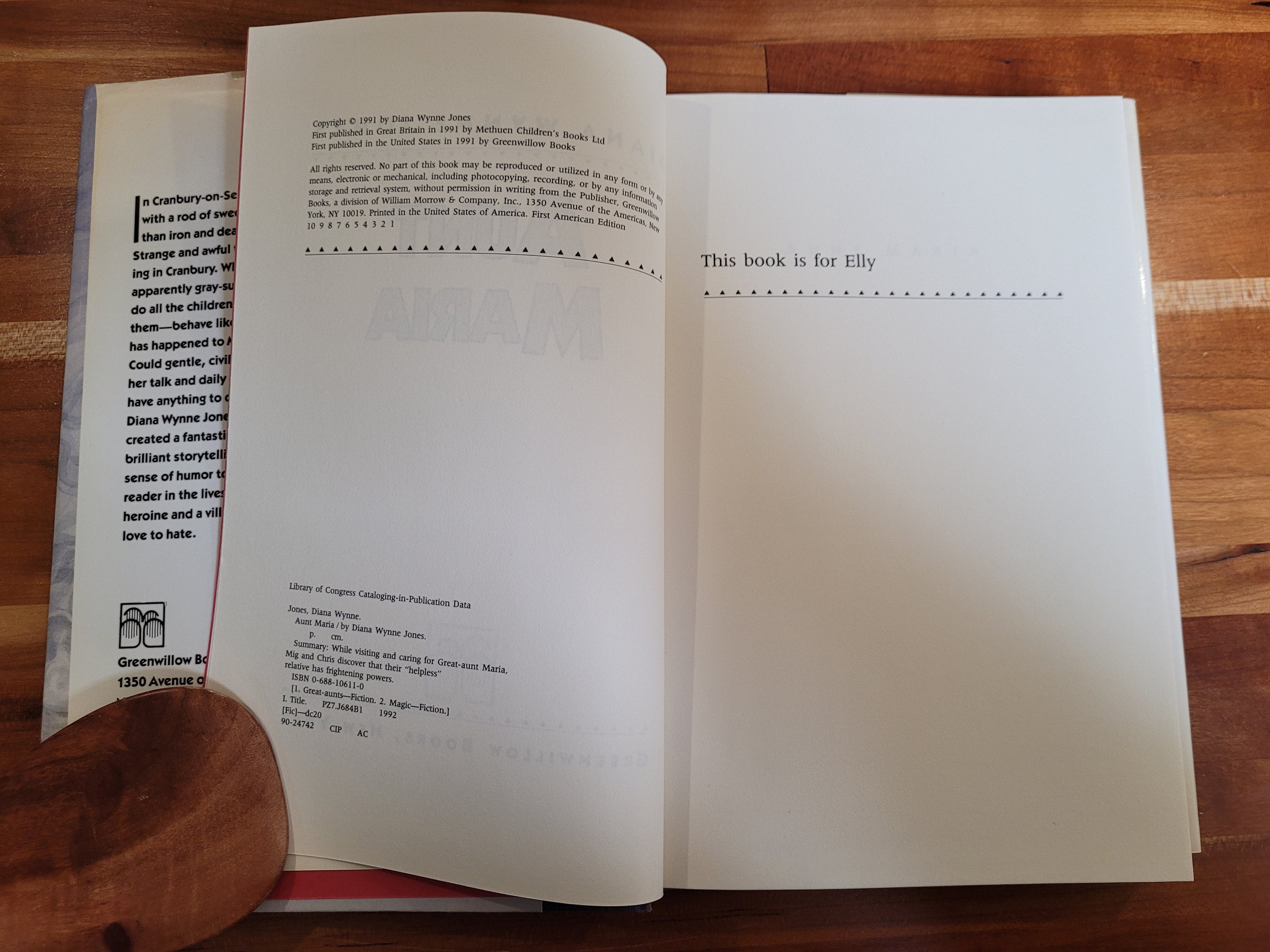 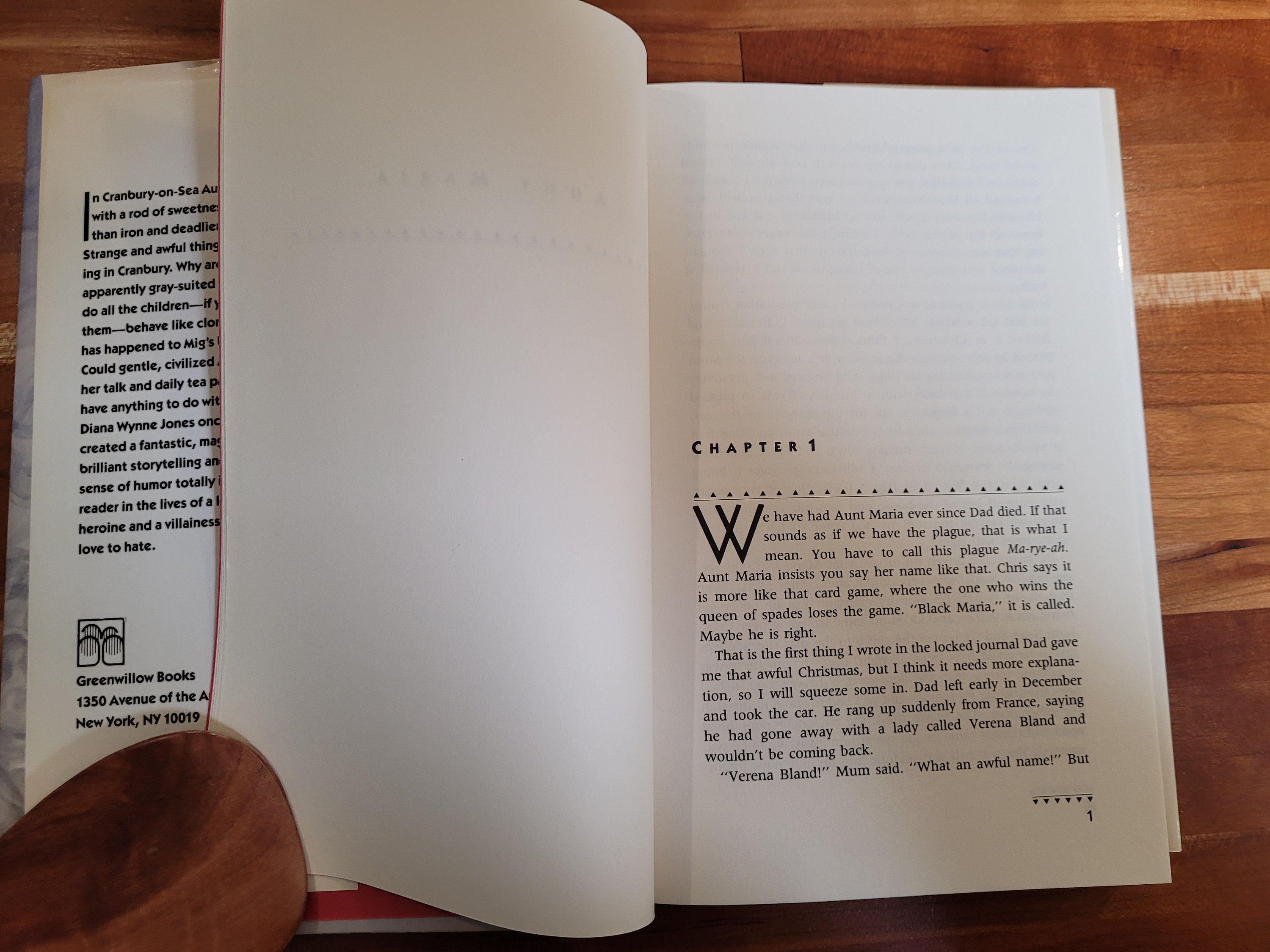 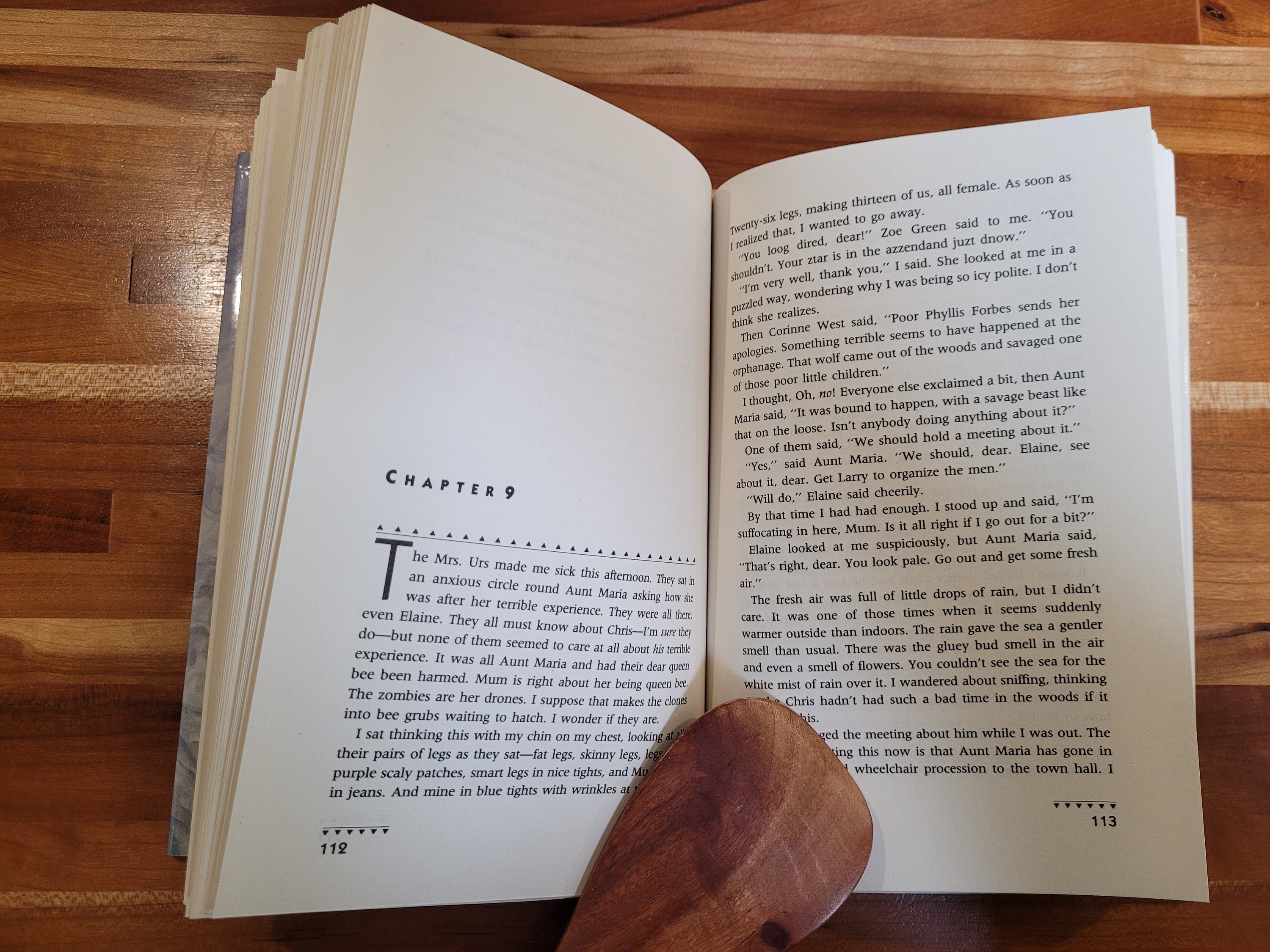 "We have had Aunt Maria ever since Dad died. If that sounds as if we have the plague, that is what I mean. You have to call this plague Ma-rye-ah. Aunt Maria insists you say her name like that. Chris says it is more like that card game, where the one who wins the queen of spades loses the game. "Black Maria," it is called. Maybe he is right."

"In Cranbury-on-Sea Aunt Maria rules with a rod of sweetness far tougher than iron and deadlier than poison. Strange and awful things keep happening in Cranbury. Why are all the men apparently gray-suited zombies? Why do all the children - if you ever see them - behave like clones? And what has happened to Mig's brother, Chris? Could gentle, civilized Aunt Maria, with her talk and daily tea parties, possibly have anything to do with it?"

Before there was J. K. Rowling and Harry Potter - of whom I am a great fan - there was Diana Wynne Jones (1934 - 2011) and the Chrestomanci Chronicles. By the third chapter of the first book, you'll wonder if Christopher Chant ever attended Hogwart's, in a different life. Among her many wonderful books are Dalemark Quartet, Derkholm series, The Moving Castle series (Howl's Moving Castle), Wilkins' Tooth, The Ogre Downstairs, Power of Three, Archer's Goon, Fire and Hemlock, Earwig and the Witch, and so many other books and short stories.

Condition*: Very Good/Very Good. Dust jacket: Lightly sunned on the back; small chip to front flap. Gray cloth quarter bound cover: Light sunning to jacket transferred imagery from the jacket onto the front and back cover. Effect is subtle and hard to see in the photos. Inside: Pages are clean, undamaged, and complete.