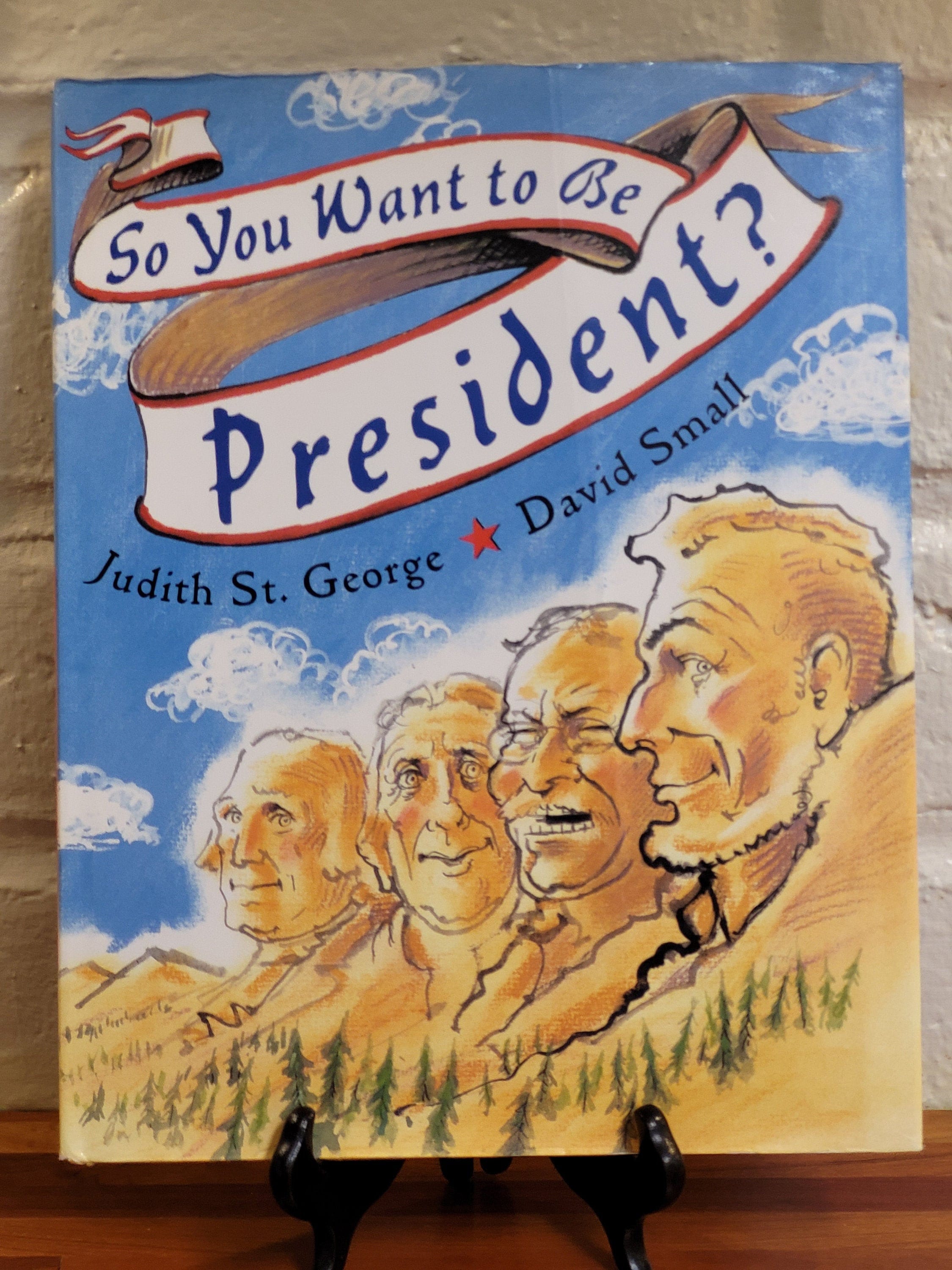 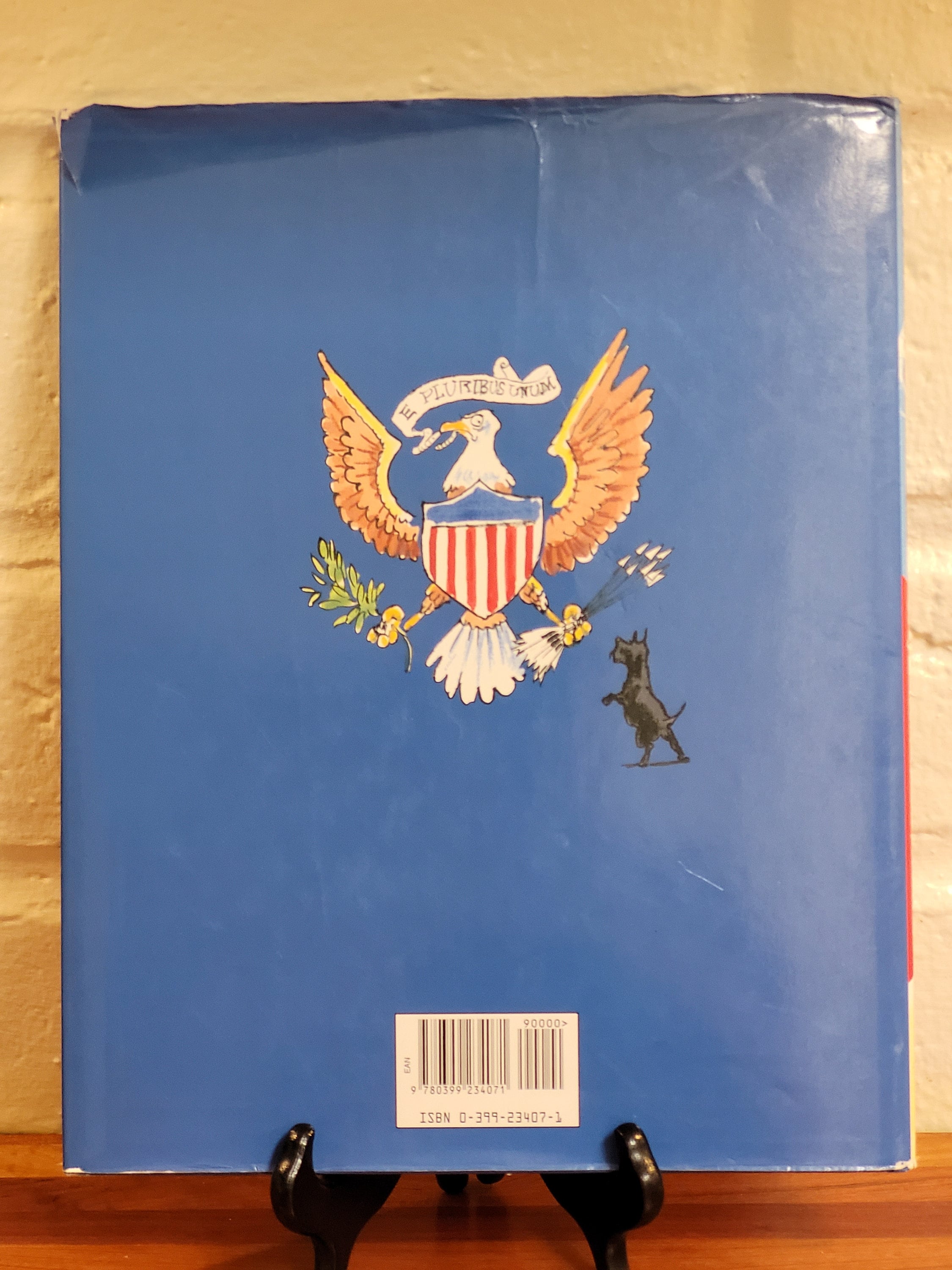 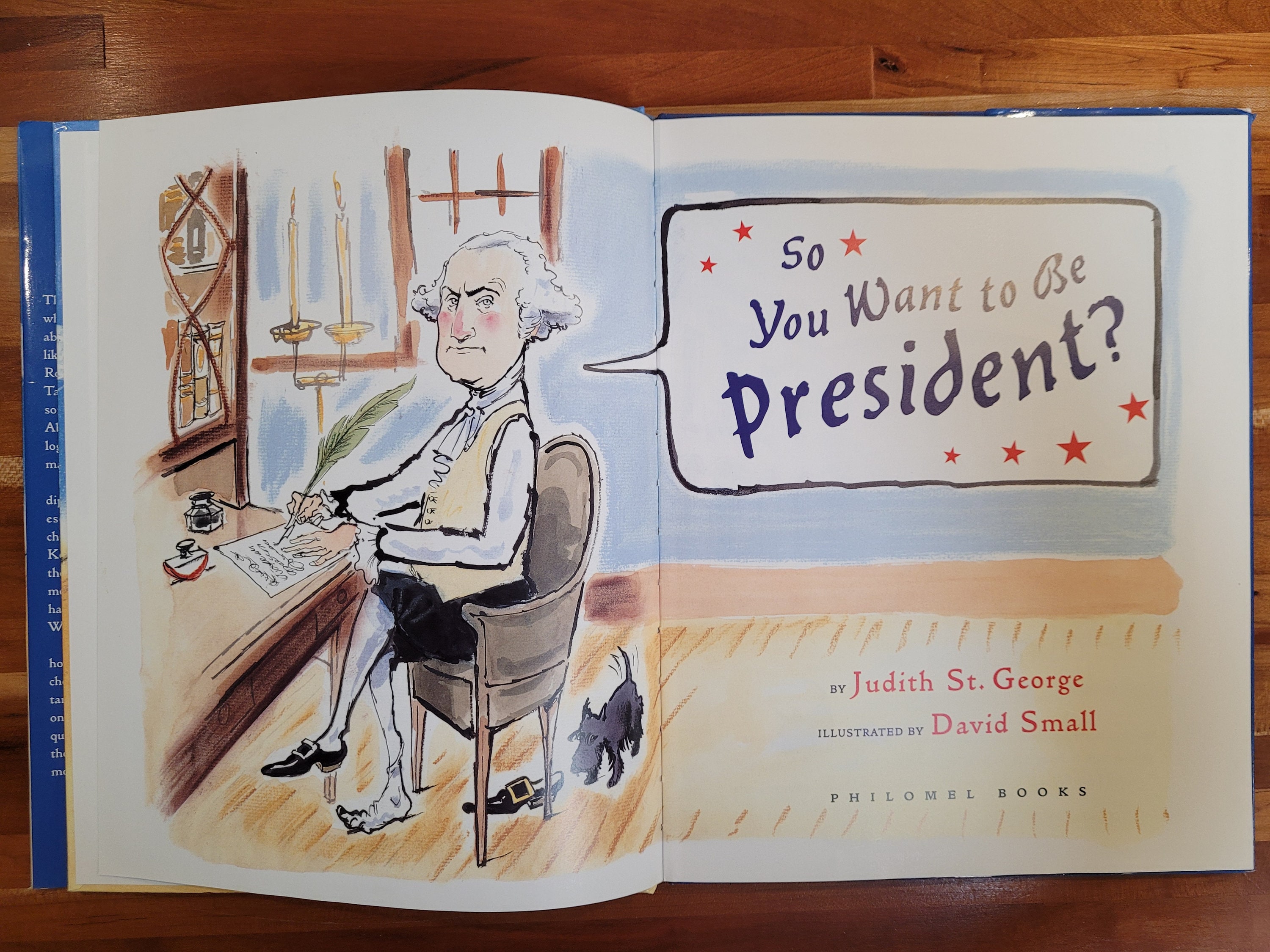 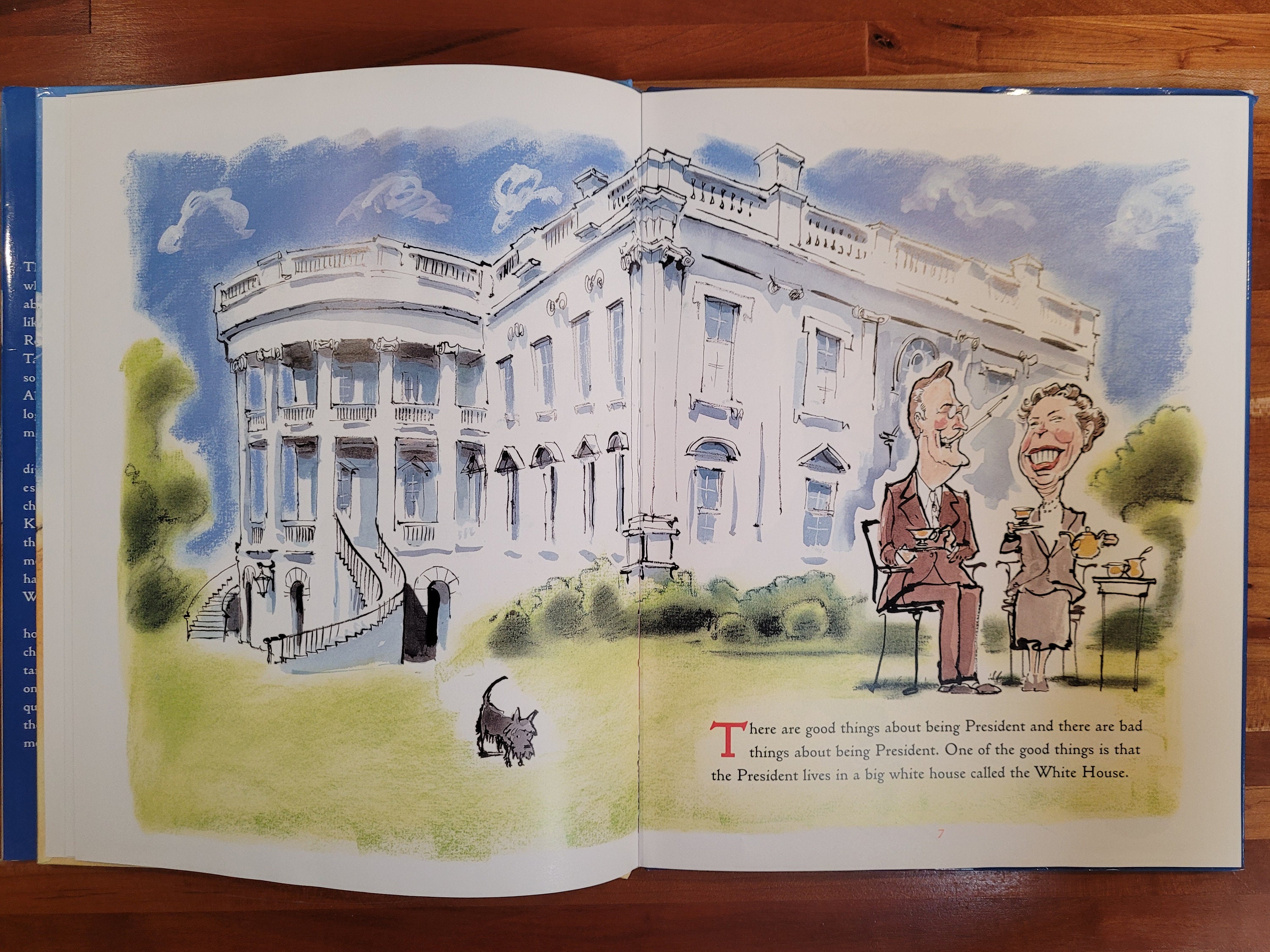 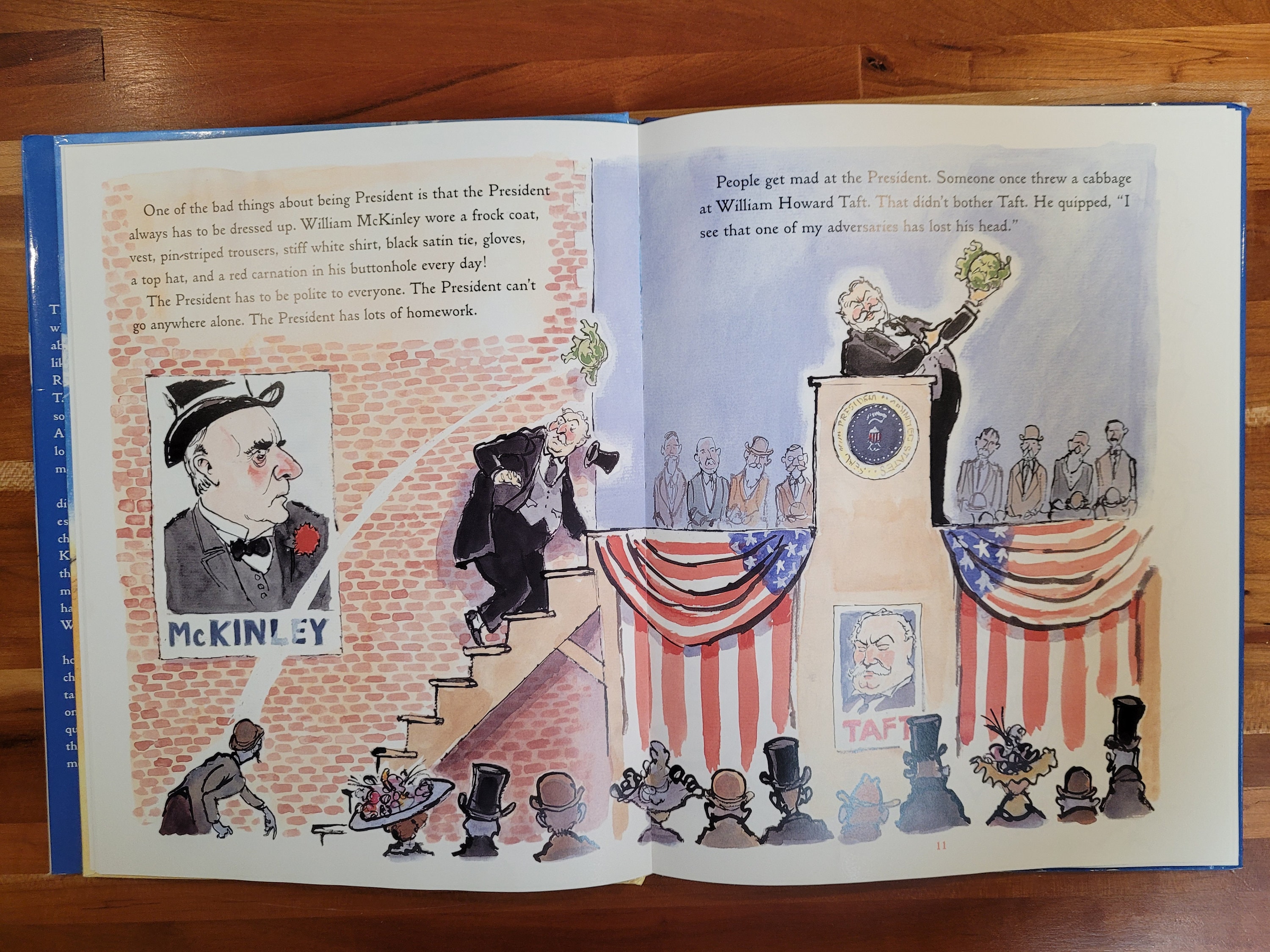 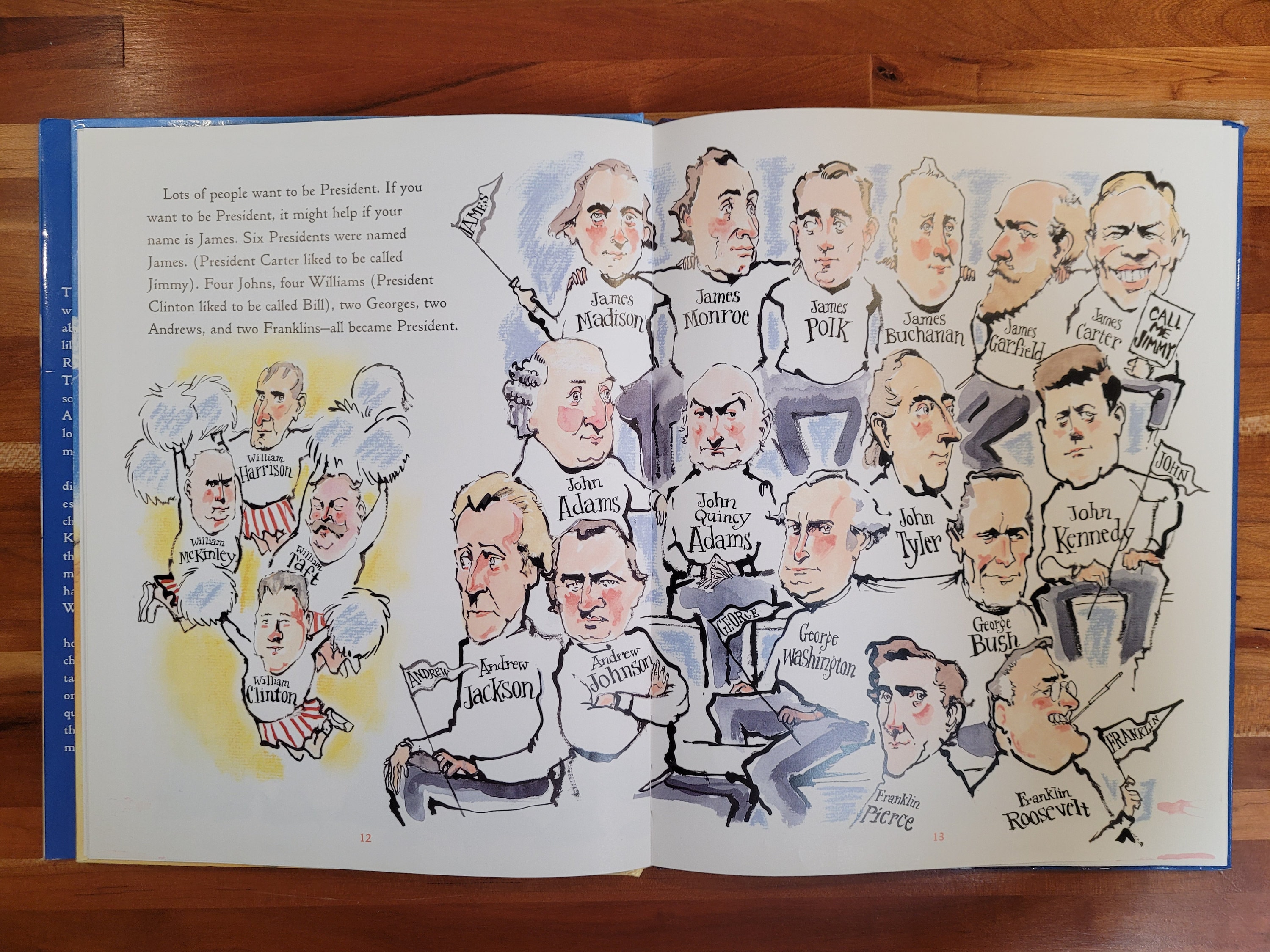 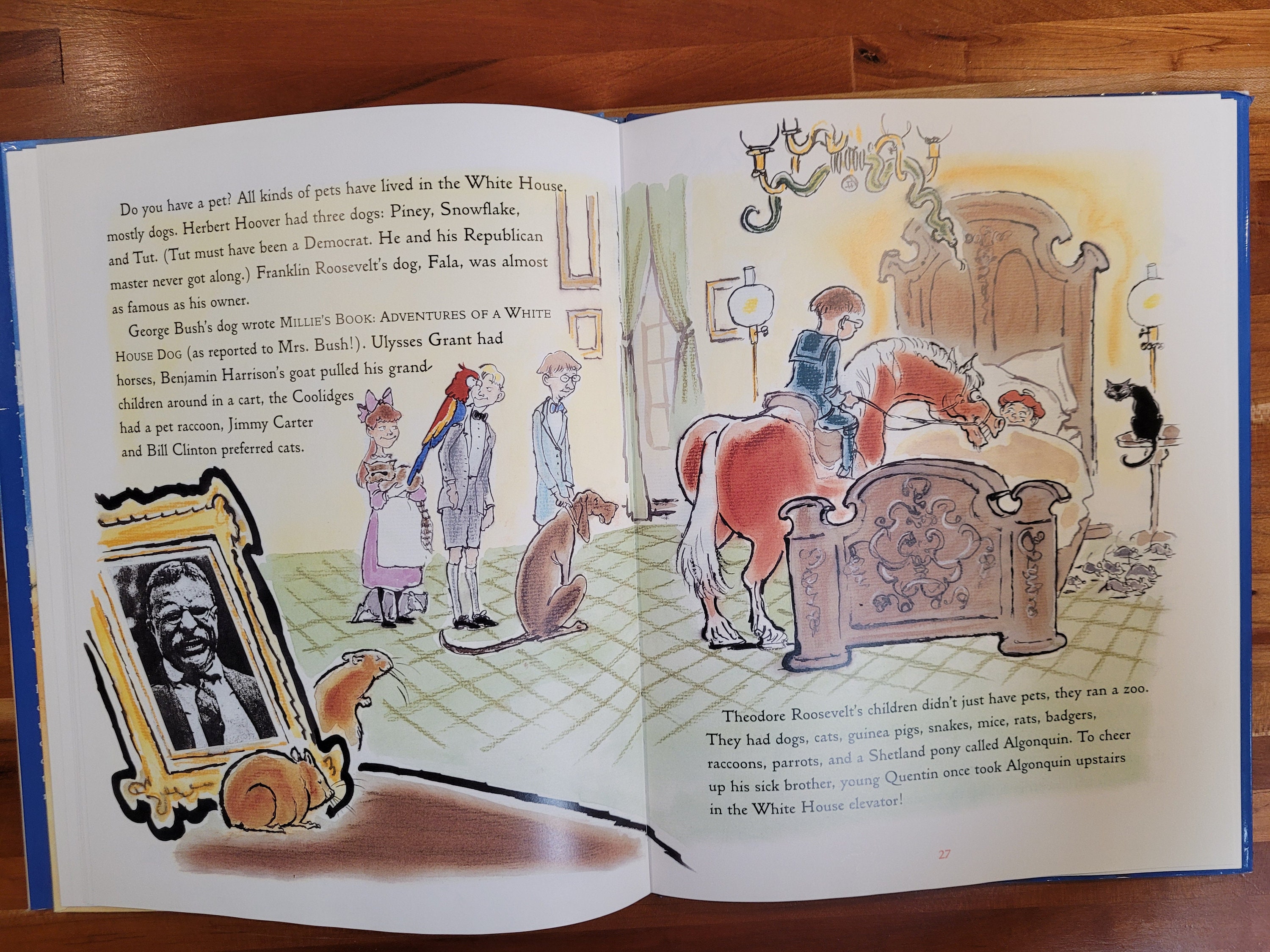 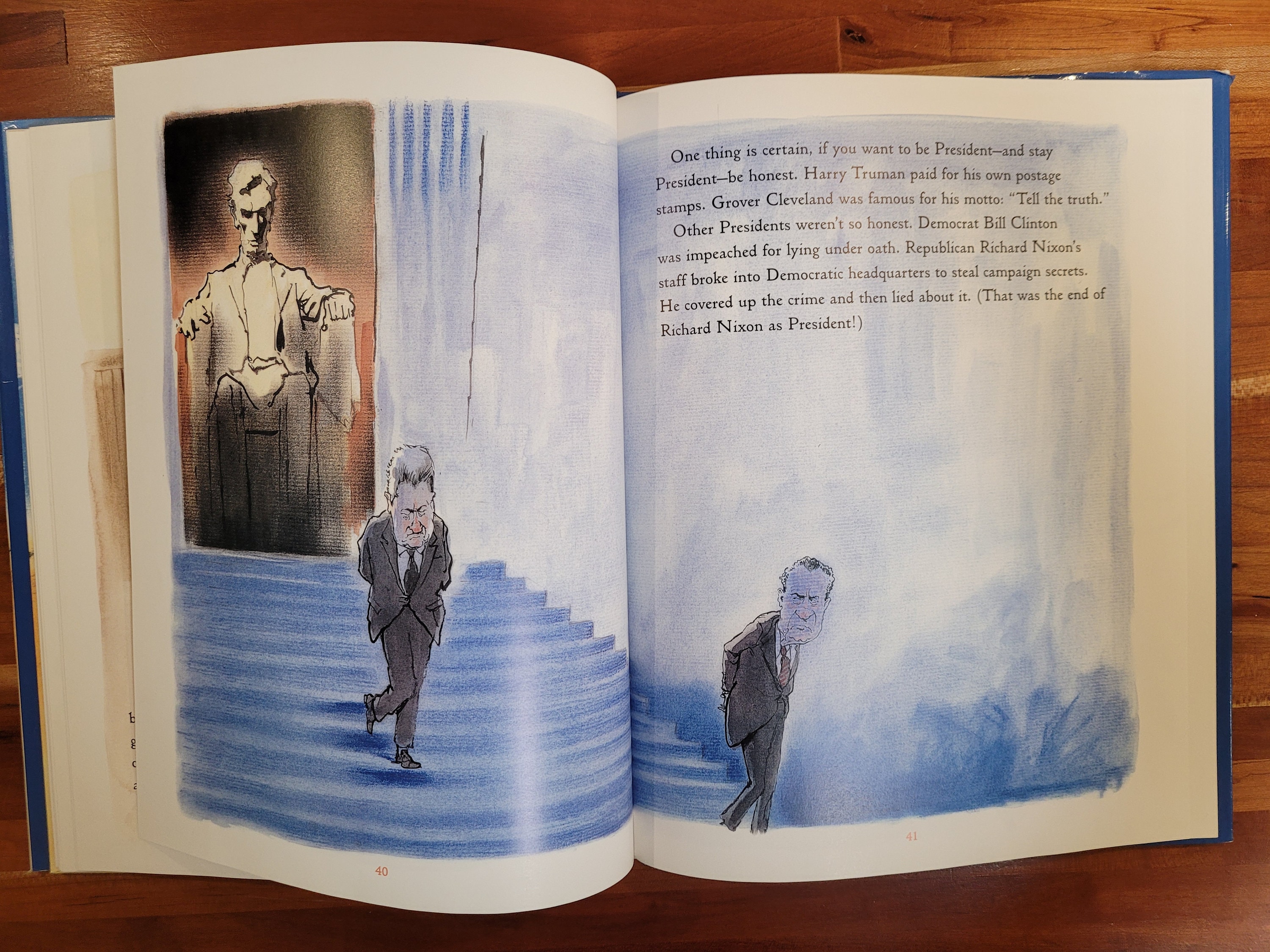 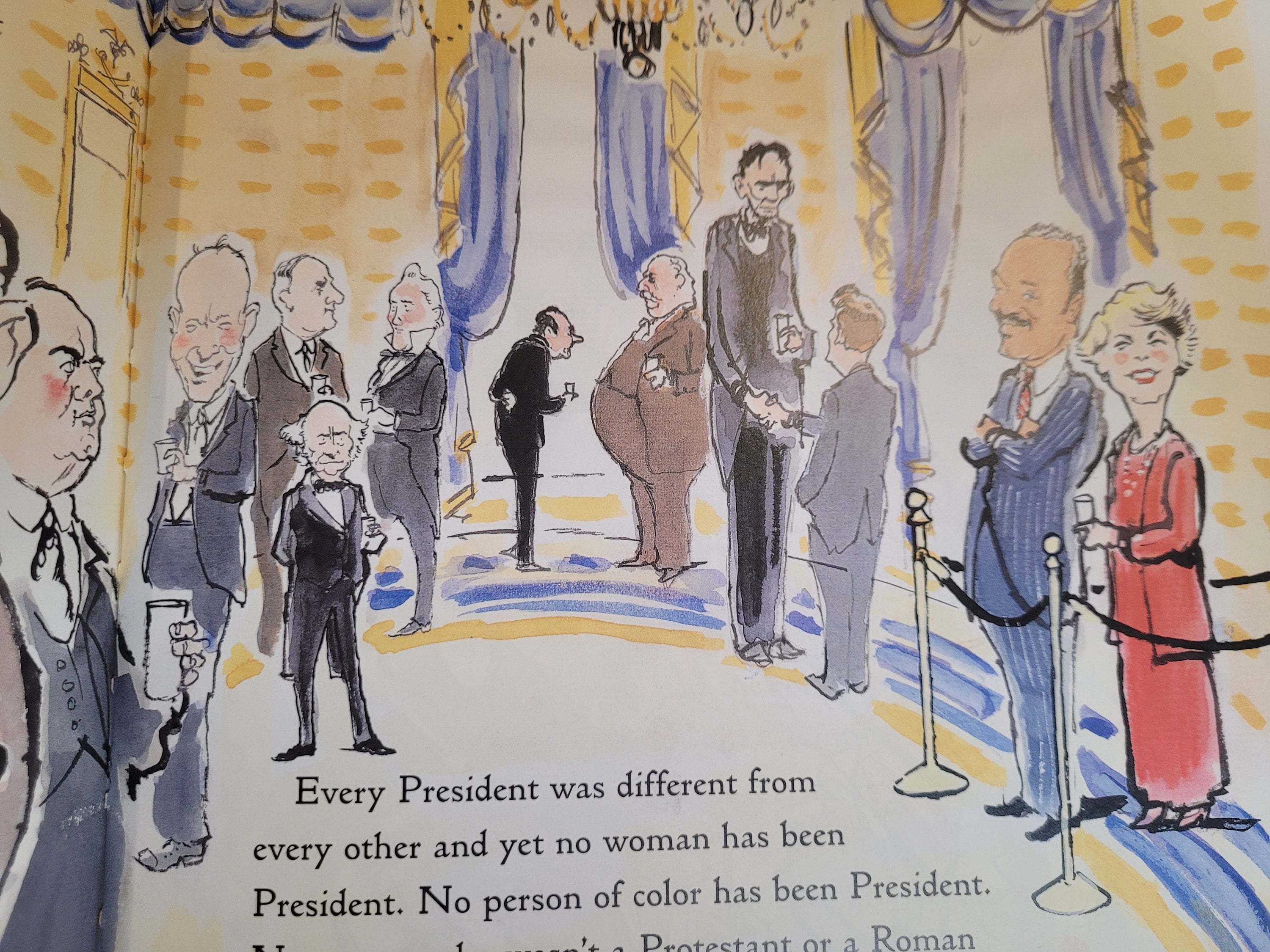 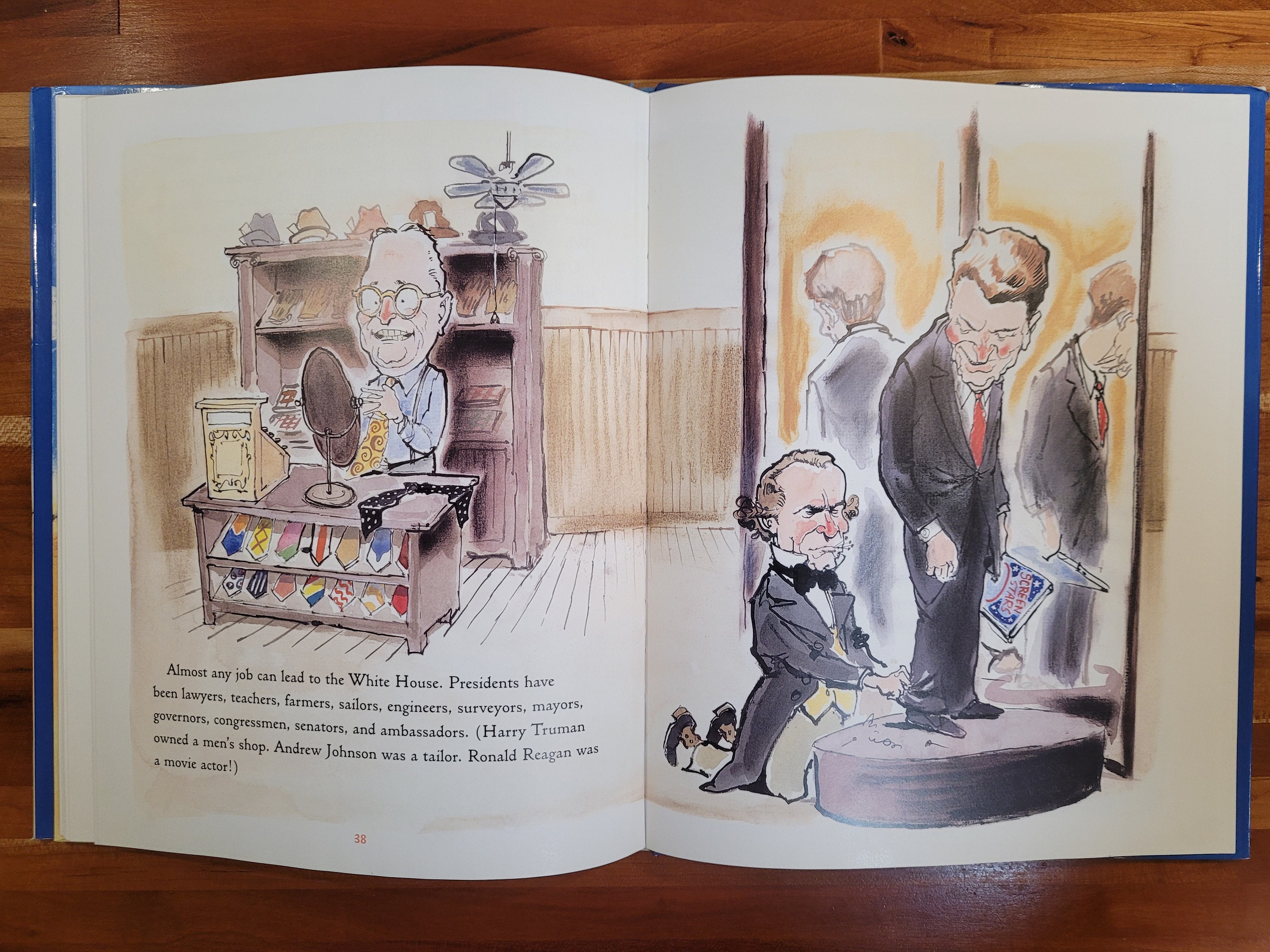 Outstanding! 2000 first edition of So You Want To Be President? by Judith St. George and David Small, winner of the 2001 Caldecott Medal for illustration.

"Another good thing about being President is that the President has a swimming pool, bowling alley, and movie theater.

"The President never has to take out the garbage.

"The President doesn't have to eat yucky vegetables. As a boy, George Bush had to eat broccoli. When George Bush grew up, he became President. That was the end of the broccoli."

"So you want to be President?

"That's a big job, and getting bigger. But why not? Presidents have come in just about every variety. ...

"... Judith St. George shares the backroom facts, the spit-fire comments, and the comical anecdotes that have been part and parcel of America's White House.

"Hilariously illustrated by Caldecott honor-winning artist David Small in the cherished tradition of political commentary, this rip-roaring celebration of forty-one Presidents shoes us the foibles, the quirks, and - most of all - the humanity of those men who have risen to one of the most powerful positions in the world."

St. George and Small also acknowledge the women and people of color who by 2000, when the book was published, were still awaiting their opportunity to occupy the White House.

David Small was awarded the 2001 Caldecott Medal for his illustrations.