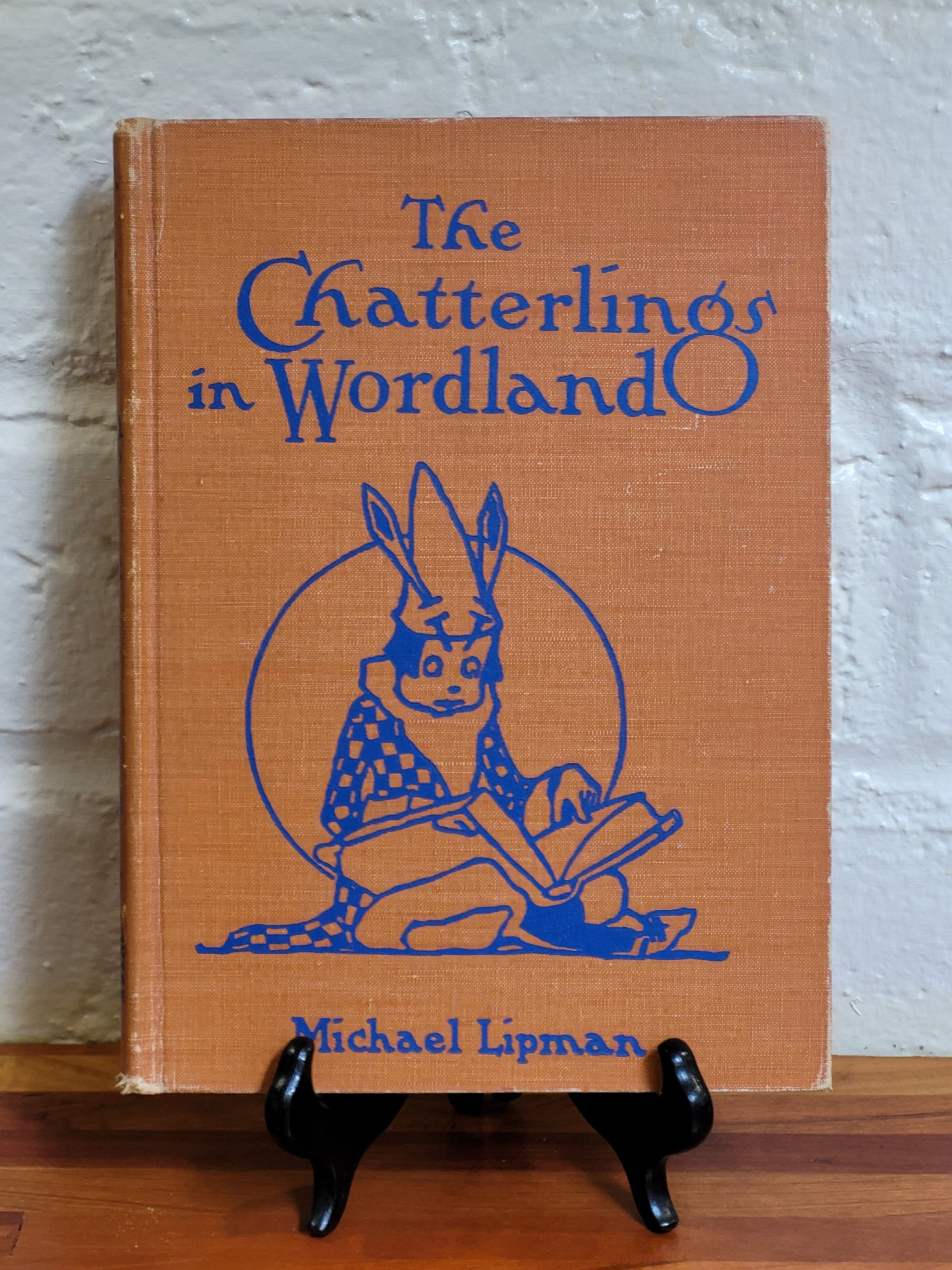 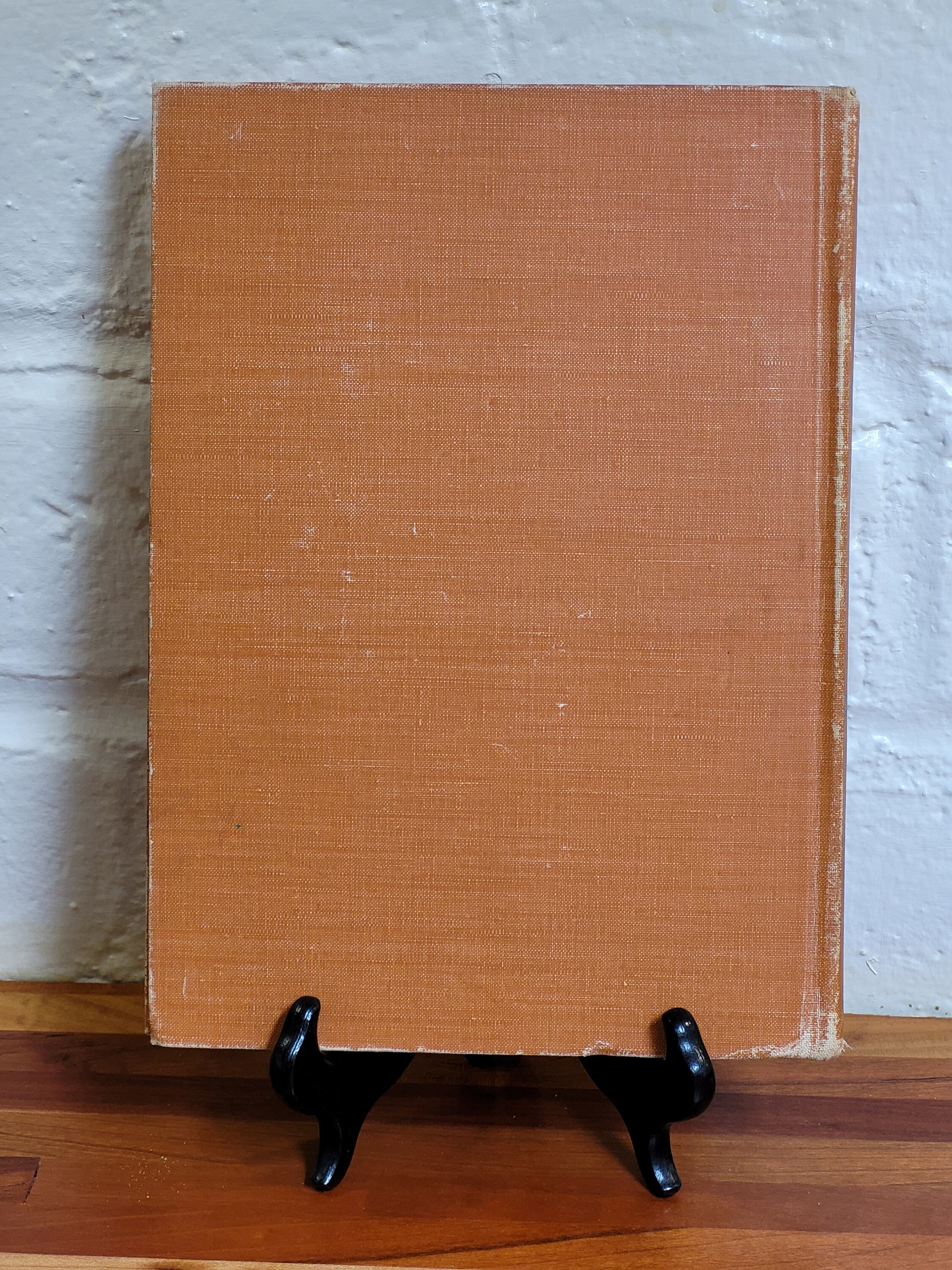 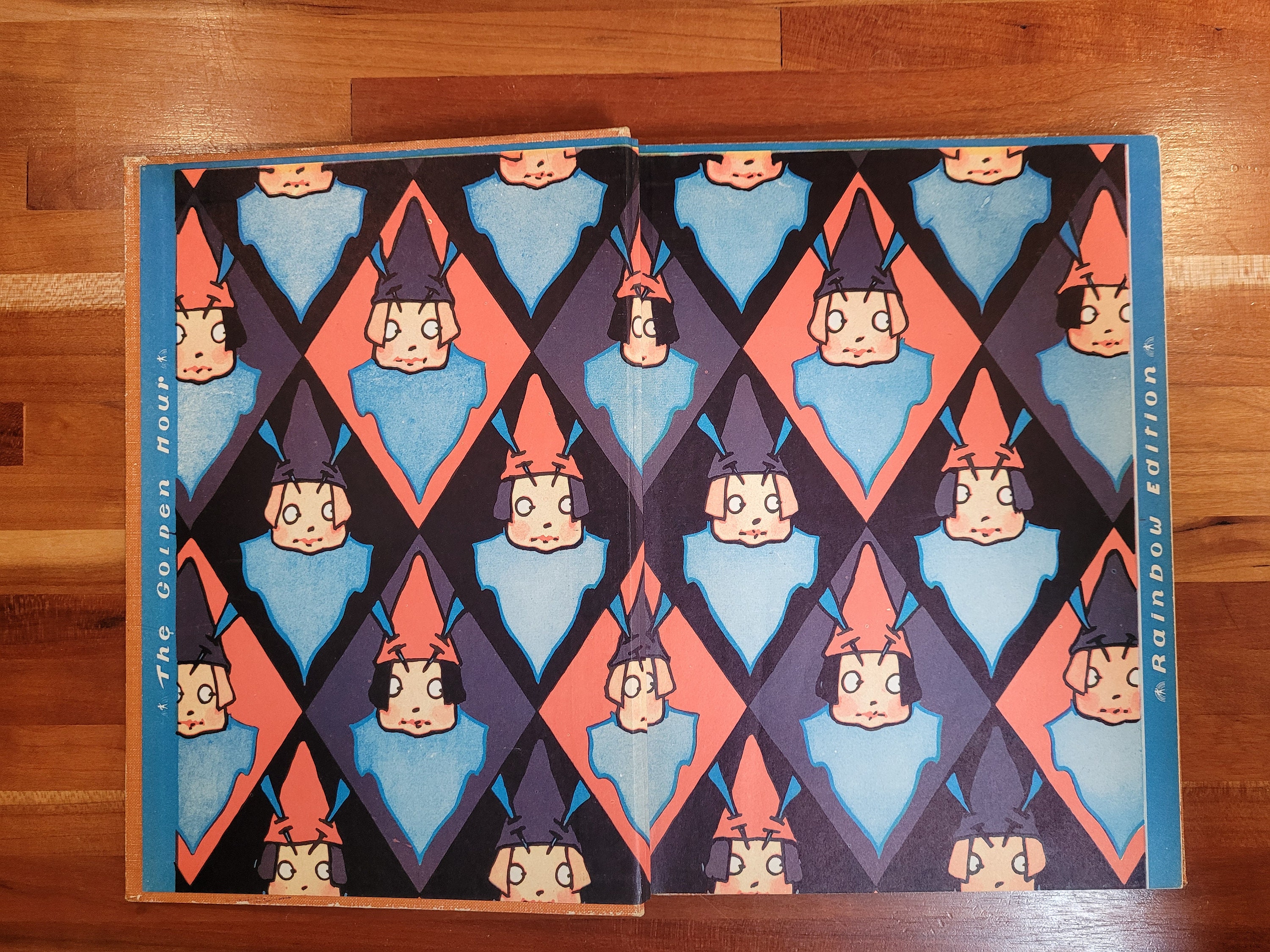 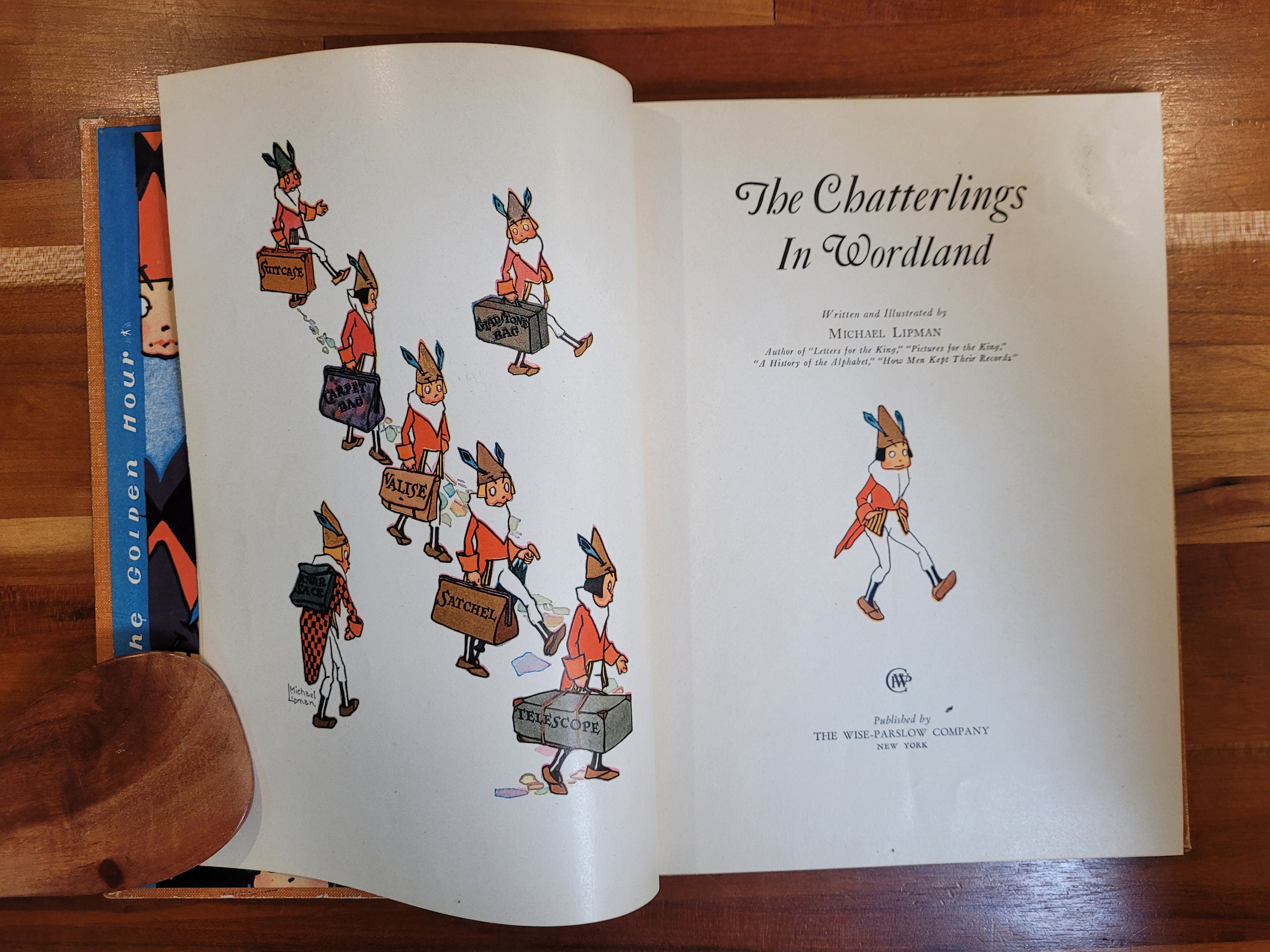 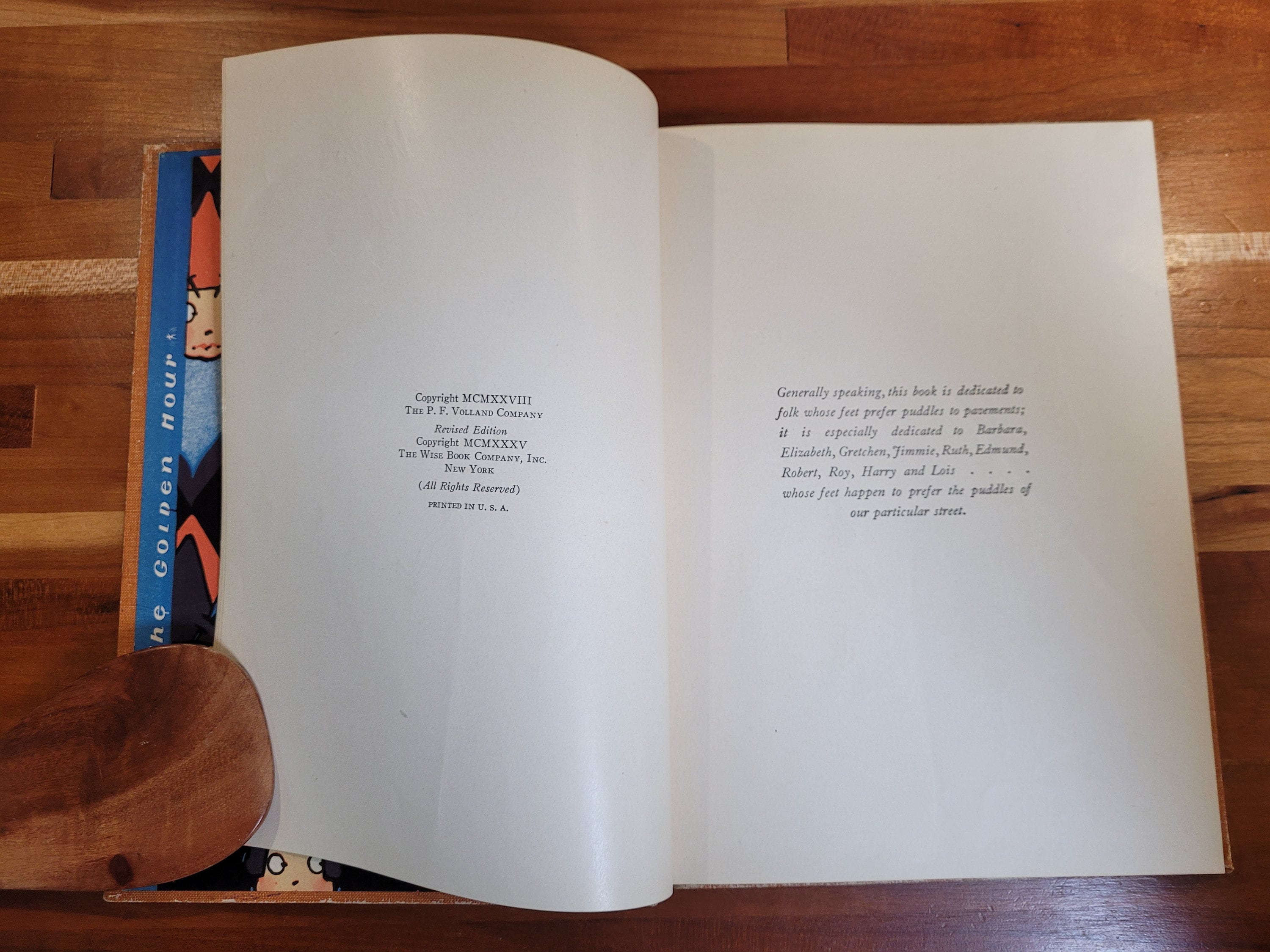 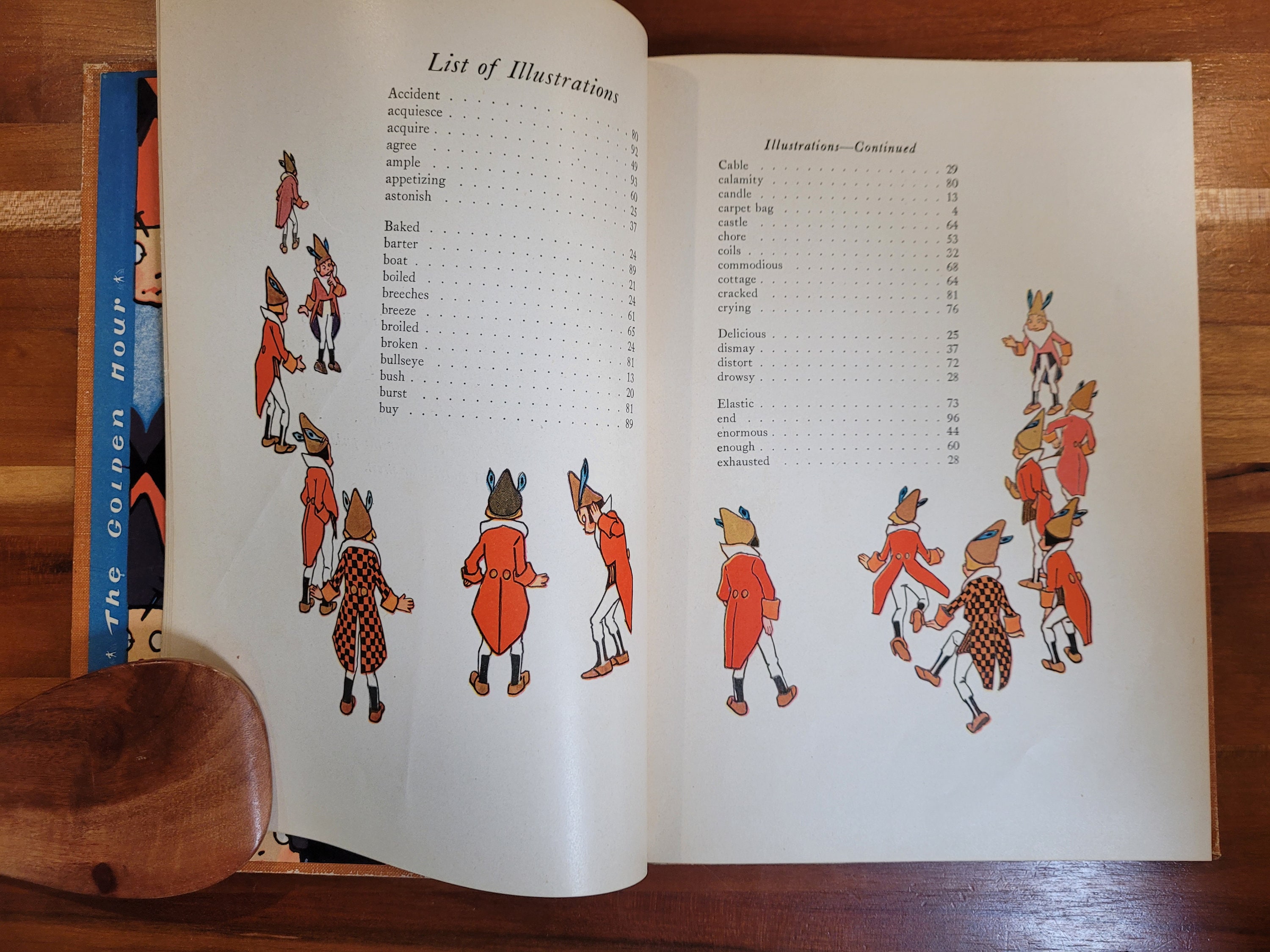 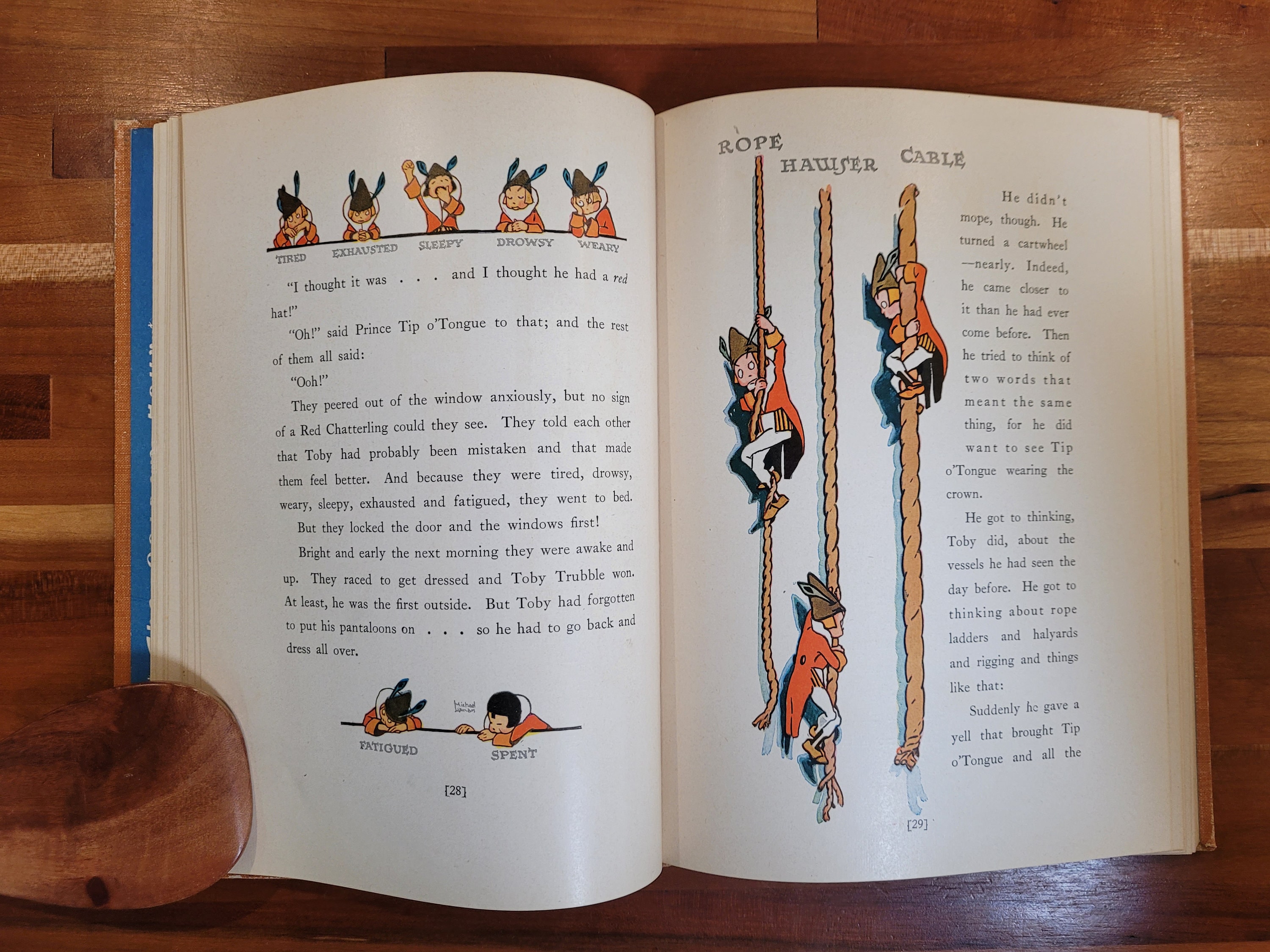 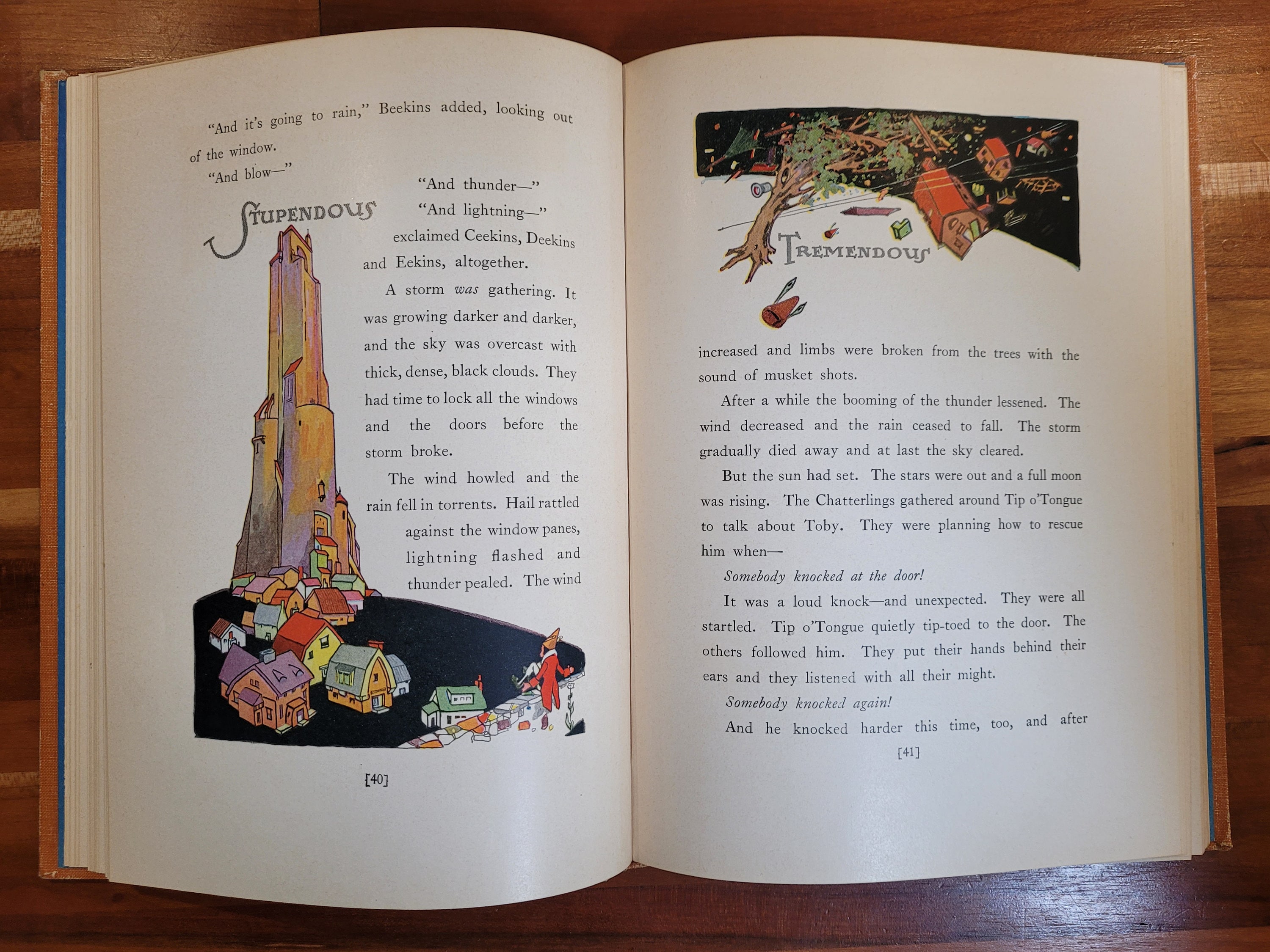 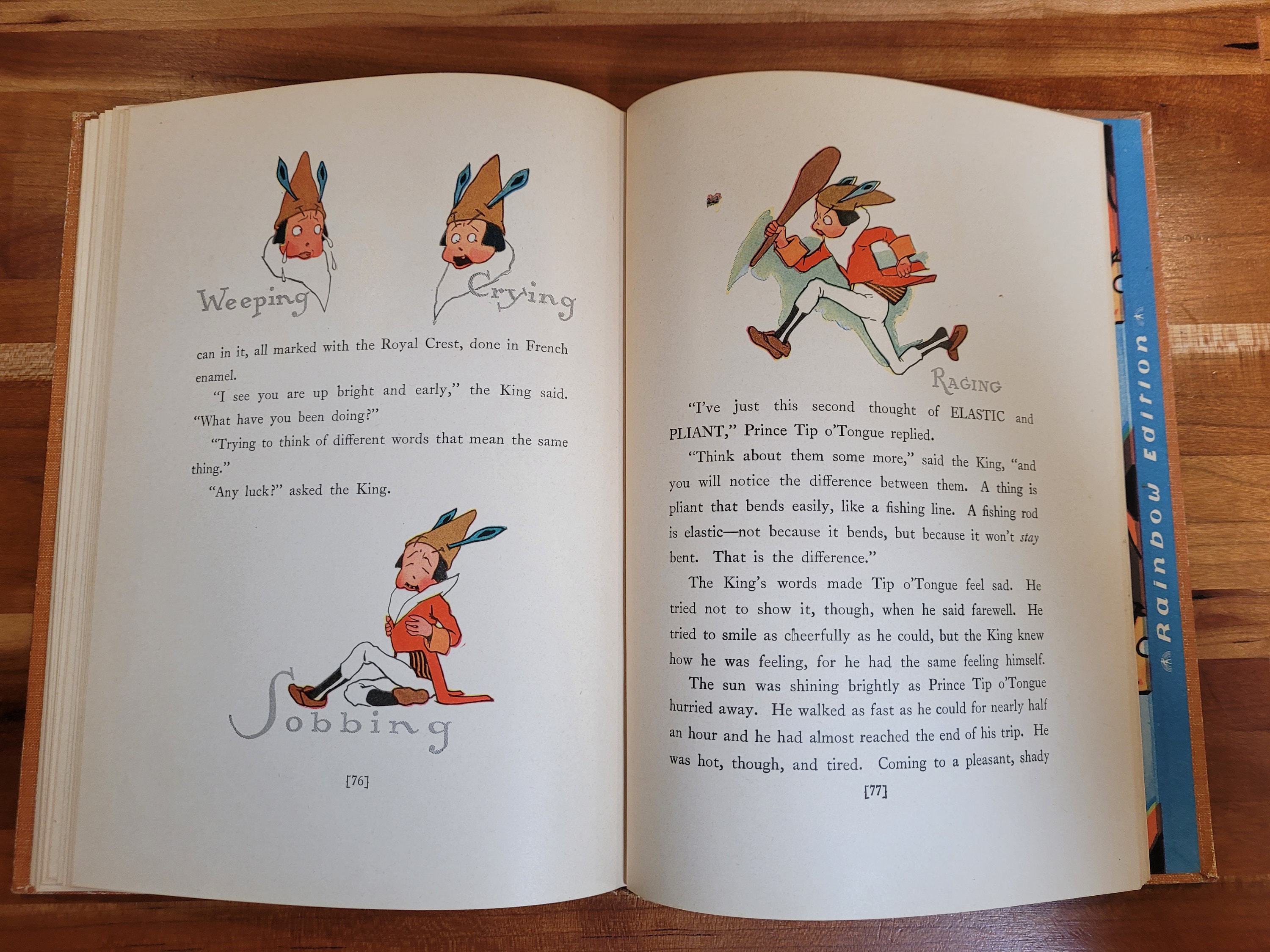 "The King of Chatterland always meant what he said; when he asked for a spade, he wanted a spade, and if anyone brought home a shovel instead, how he would storm!

"Once, when he was very old, he sent for his favorite prince, whose name was Tip o"Tongue, and when the Prince appeared the Kind said:

"Tip o'Tongue, I have something important to say to you. But first, I would ask you a question. Do you remember what happened at the dinner I gave to celebrate Noah Webster's birthday?"

"Indeed I do," Prince Tip o'Tongue answered. "You told me to pass a plate...and I passed you a saucer."

"Which nearly broke up the party. It displeased me so much that I almost sent you out to join the Red Chatterlings!"

"I have made no such mistake since then," Prince Tip o'Tongue said.

"You have been most careful every since, and now I am going to reward you."

"By making you the King!" From now on you are to rule in my place. Go at once to the Royal Hat-maker and get for yourself a crown."

When Tip o'Tongue heard that, he certainly was glad. Outside the place gates he turned two somersaults and cartwheel. ..."