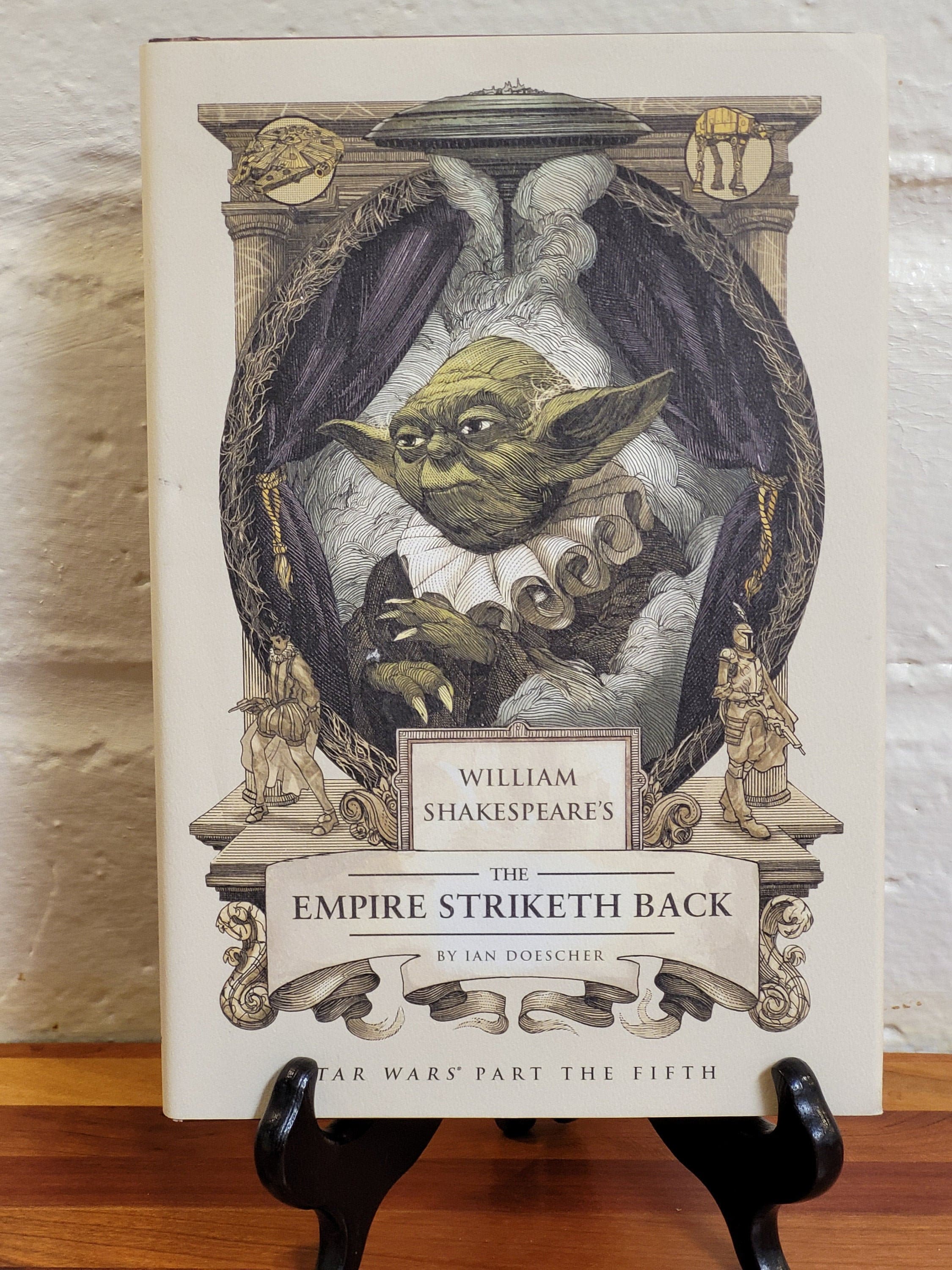 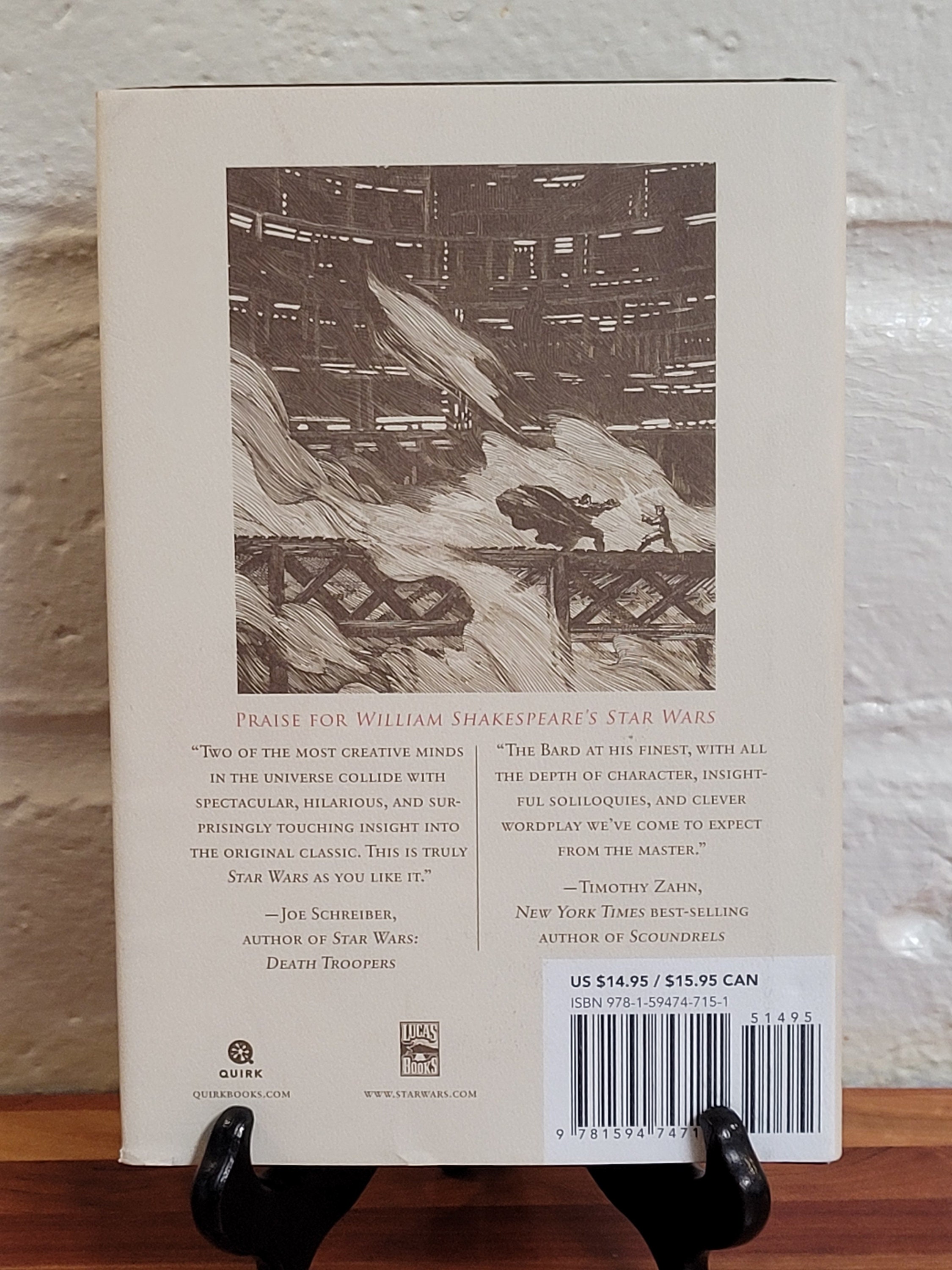 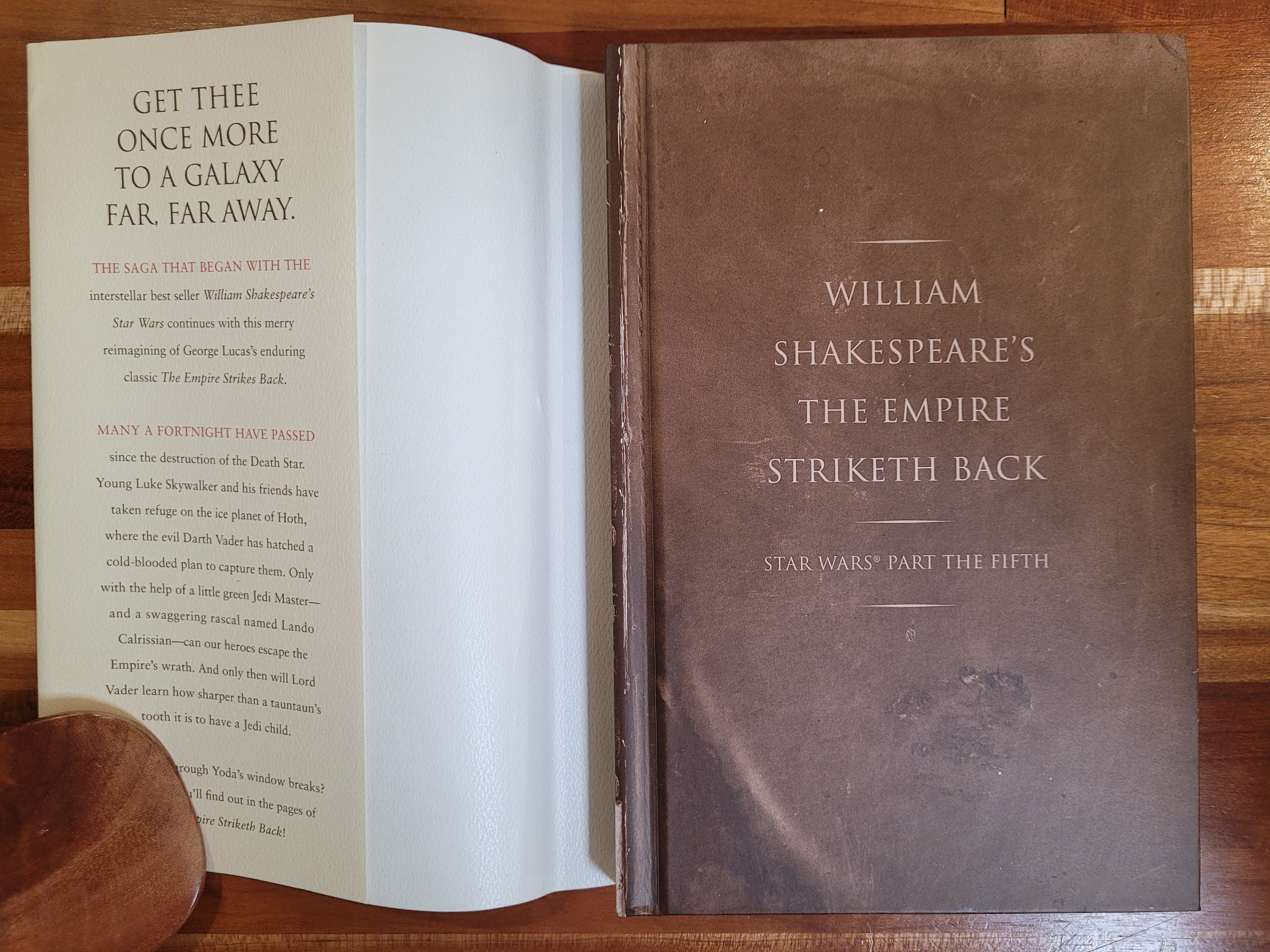 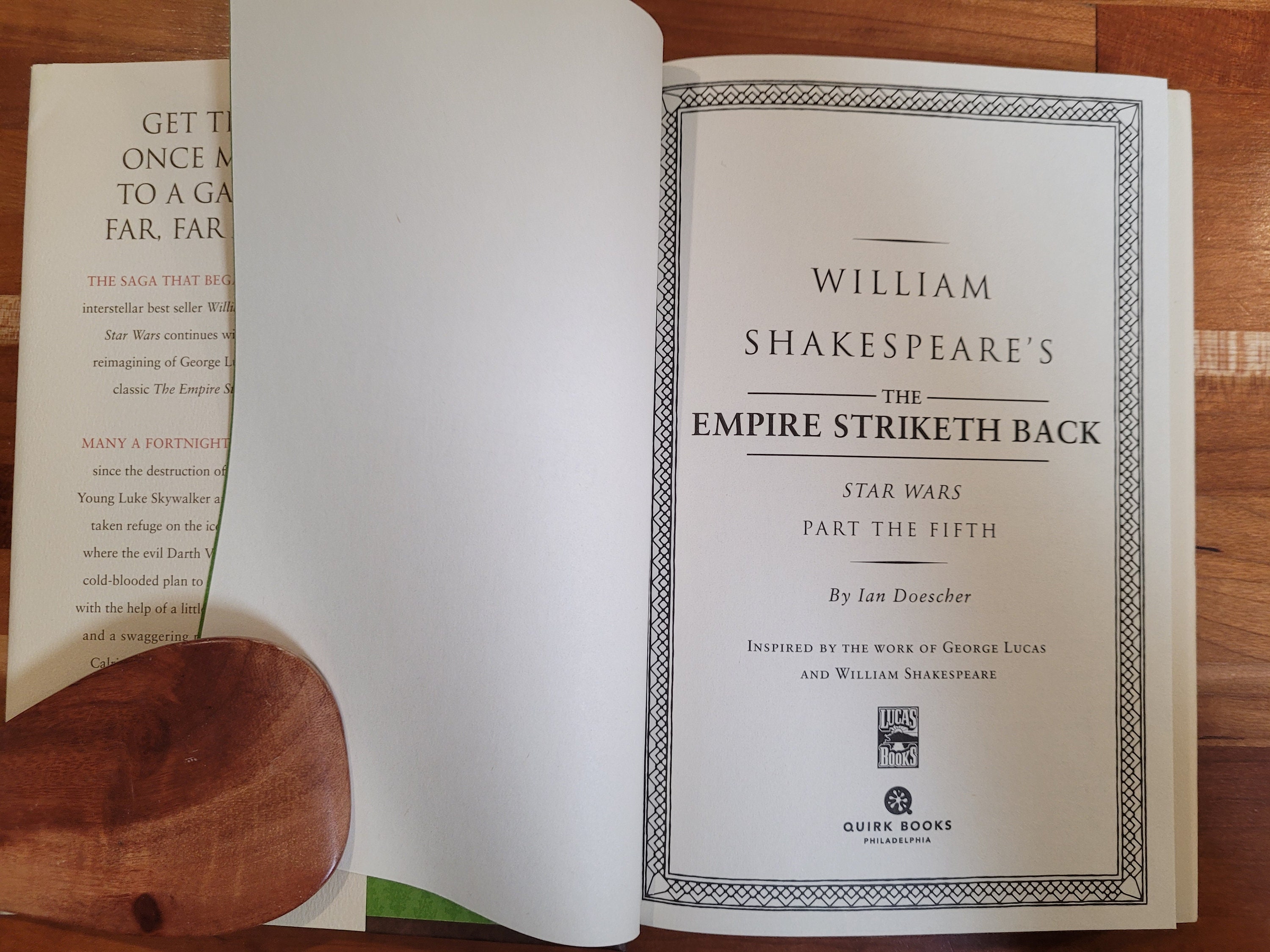 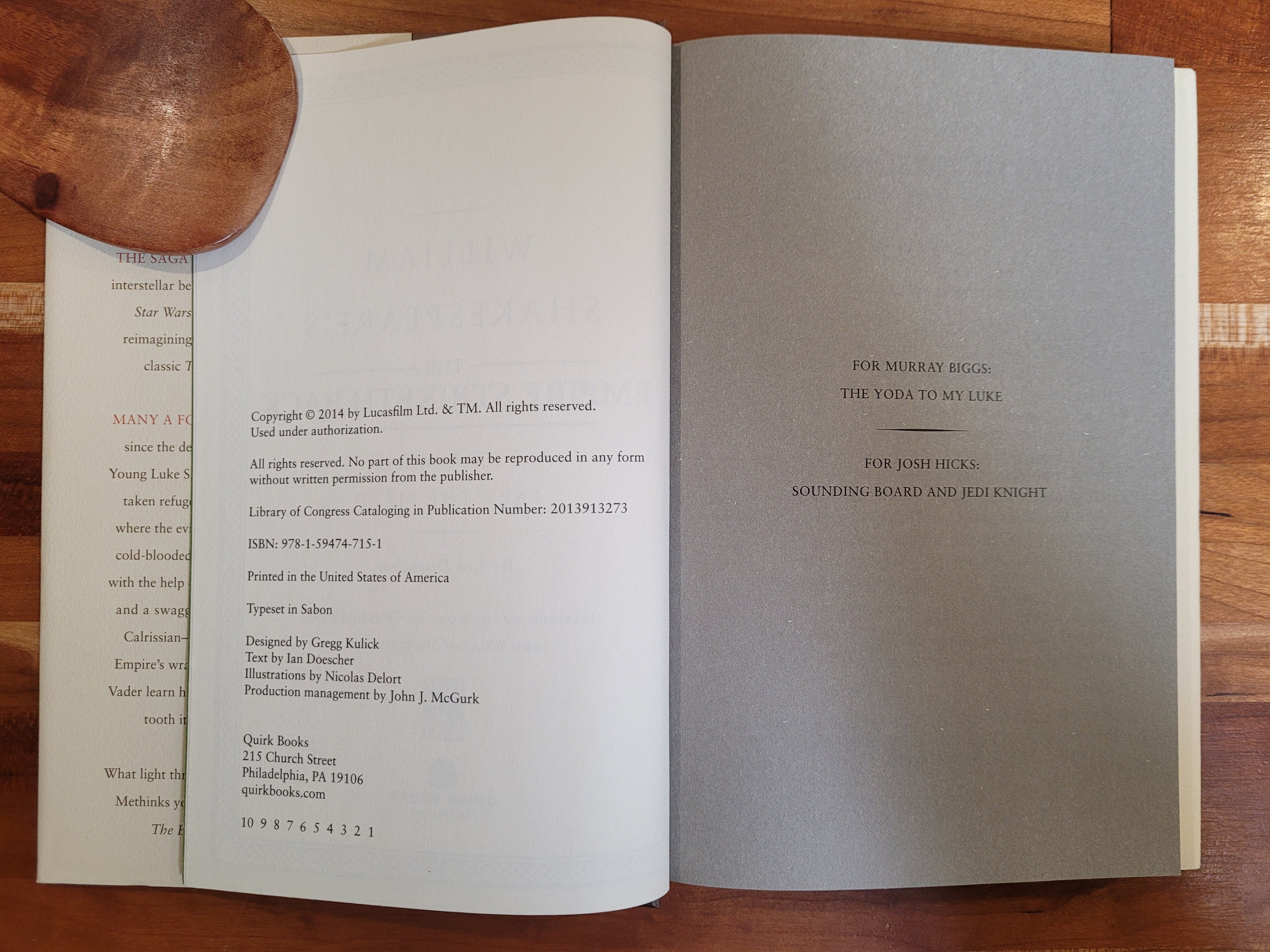 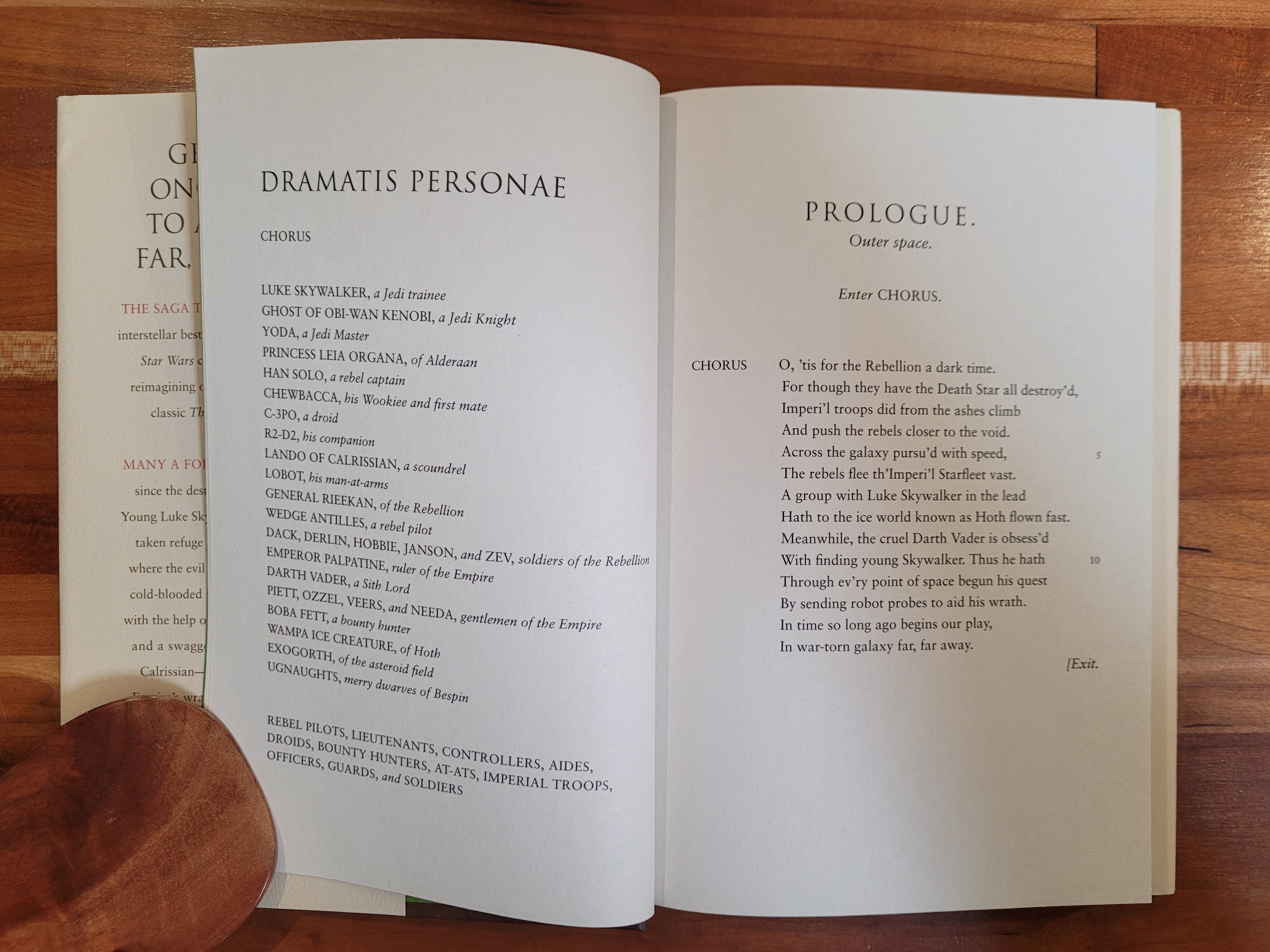 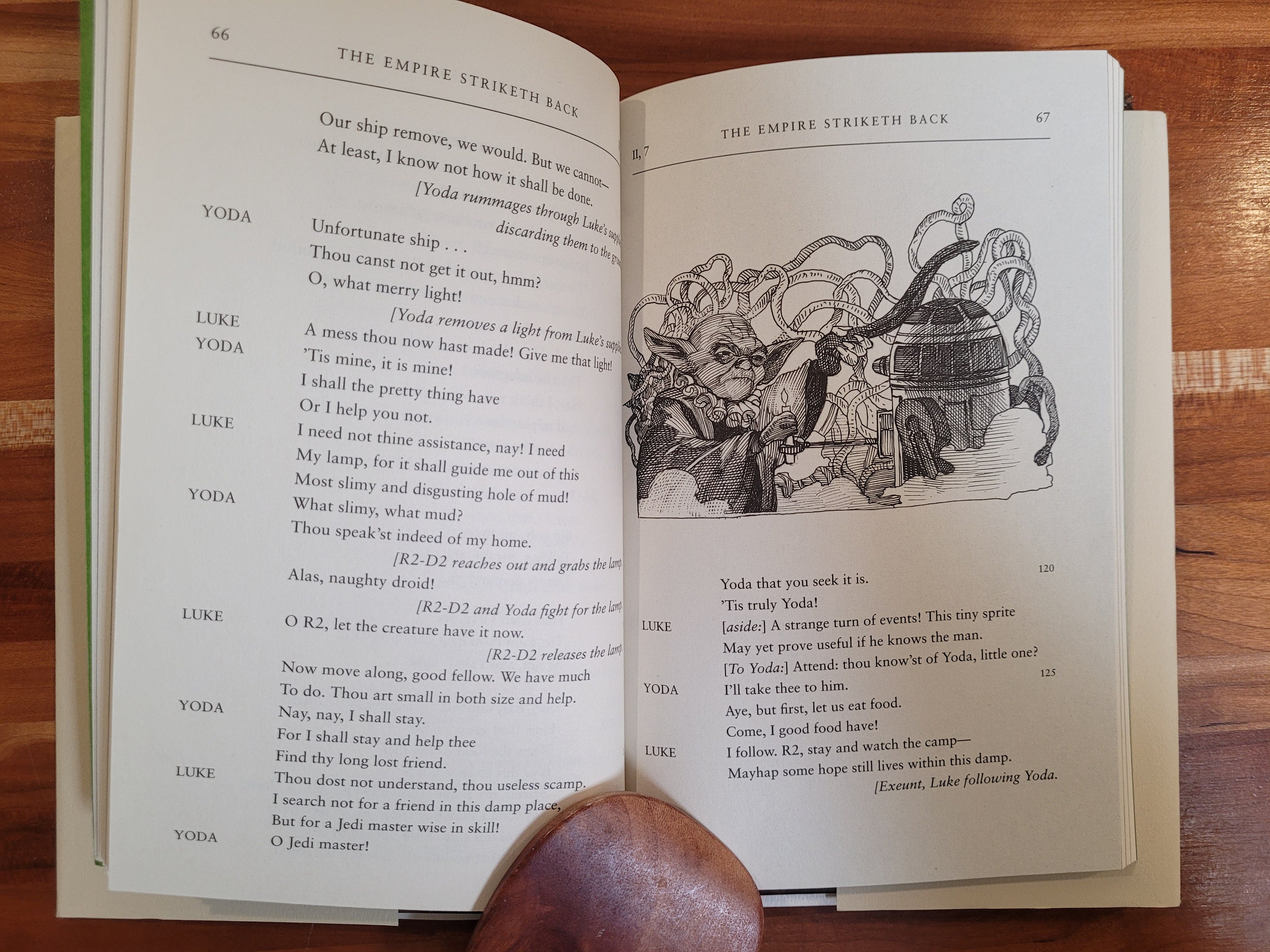 The Empire Striketh Back is the second book in Ian Doescher's William Shakespeare's Star Wars series, concluding with The Merry Rise of Skywalker: Star Wars Part the Ninth (2020).

SCENE I
The ice world of Hoth

"If flurries be the food of quests, snow on,
Belike upon this Hoth, this barren rock,
My next adventure waits. 'Tis time shall tell.
And yet, is it adventure that I seek?
Shall danger, fear, and action fill my days?
Shall all my life be spent in keen pursuit
of great adventure and her fickle fame?
It seemeth I have had enough of life
To fill a thousand normal human lives -
A princess in a vision spake to me,
May aunt and uncle by stormtroopers slain,
A hasty flight from my home, Tatooine,
A pilot and a Wookie and a Knight,
A rescue brave within our cruel foe's grasp,
My teach kill'd, and then the final scene;
The Death Star battle - many friends were lost,
But in the end a greater war was won.
Adventure hath both taken from my life,
And given to me ev'rything I have.
And thus I seek and shun its tempting ways.
E'en now adventure knocks upon the door;
A flaming orb hath struck the ground nearby.
Is it a portent of some ill to come?
[Into comlink:] 'Tis Echo-Three to
My true companion e'er, canst thou hear me?"

"Many a fortnight have passed since the destruction of the Death Star. Young Luke Skywalker and his friends have taken refuge on the ice planet of Hoth, where the evil Darth Vader has hatched a cold-blooded plan to capture them. Only with the help of a little green Jedi Master - and a swaggering rascal named Lando Calrissian - can our heroes escape the Empire's wrath. And only then will Lord Vader learn how sharper than a tauntaun's tooth it is to have a Jedi child."