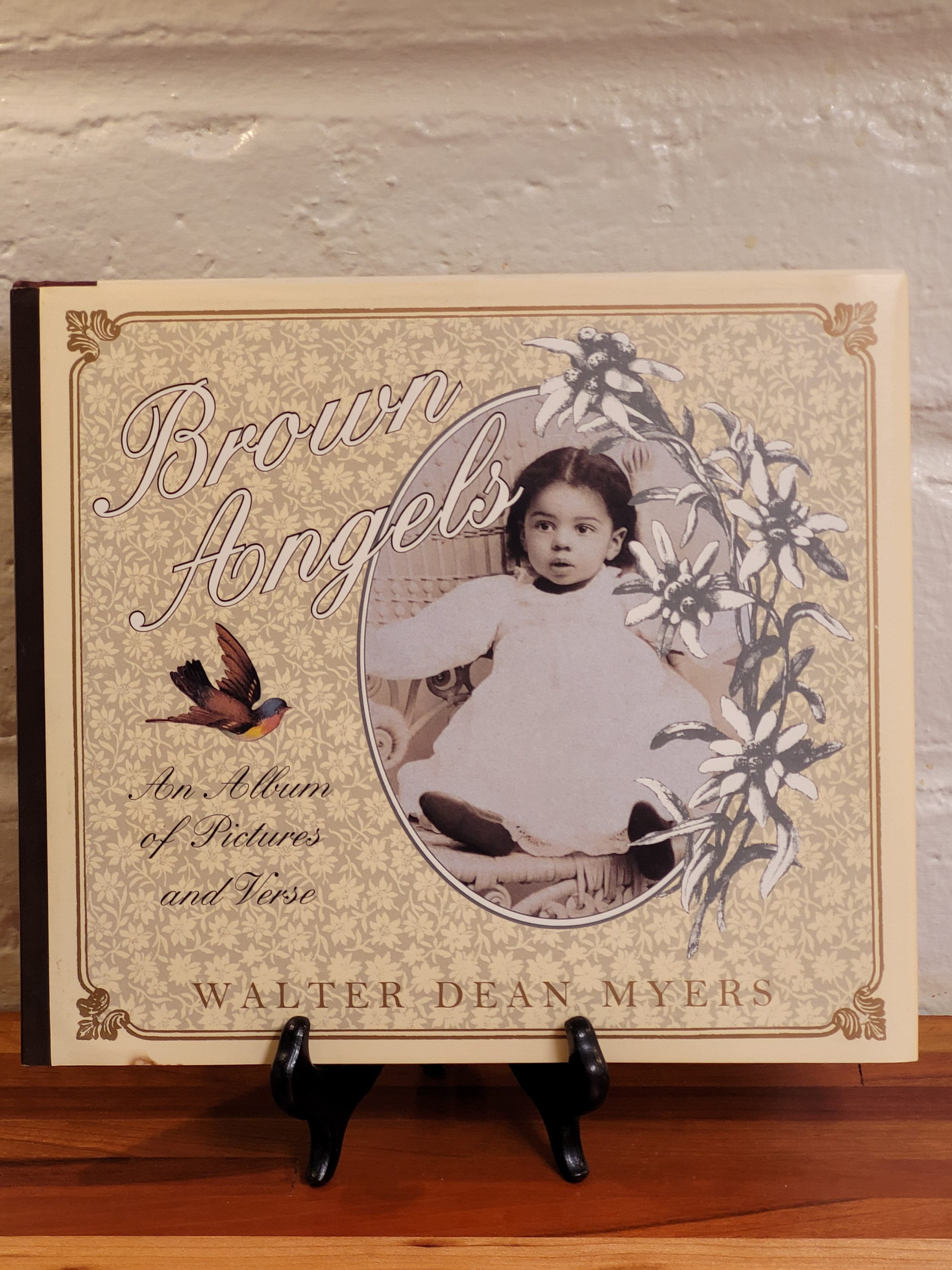 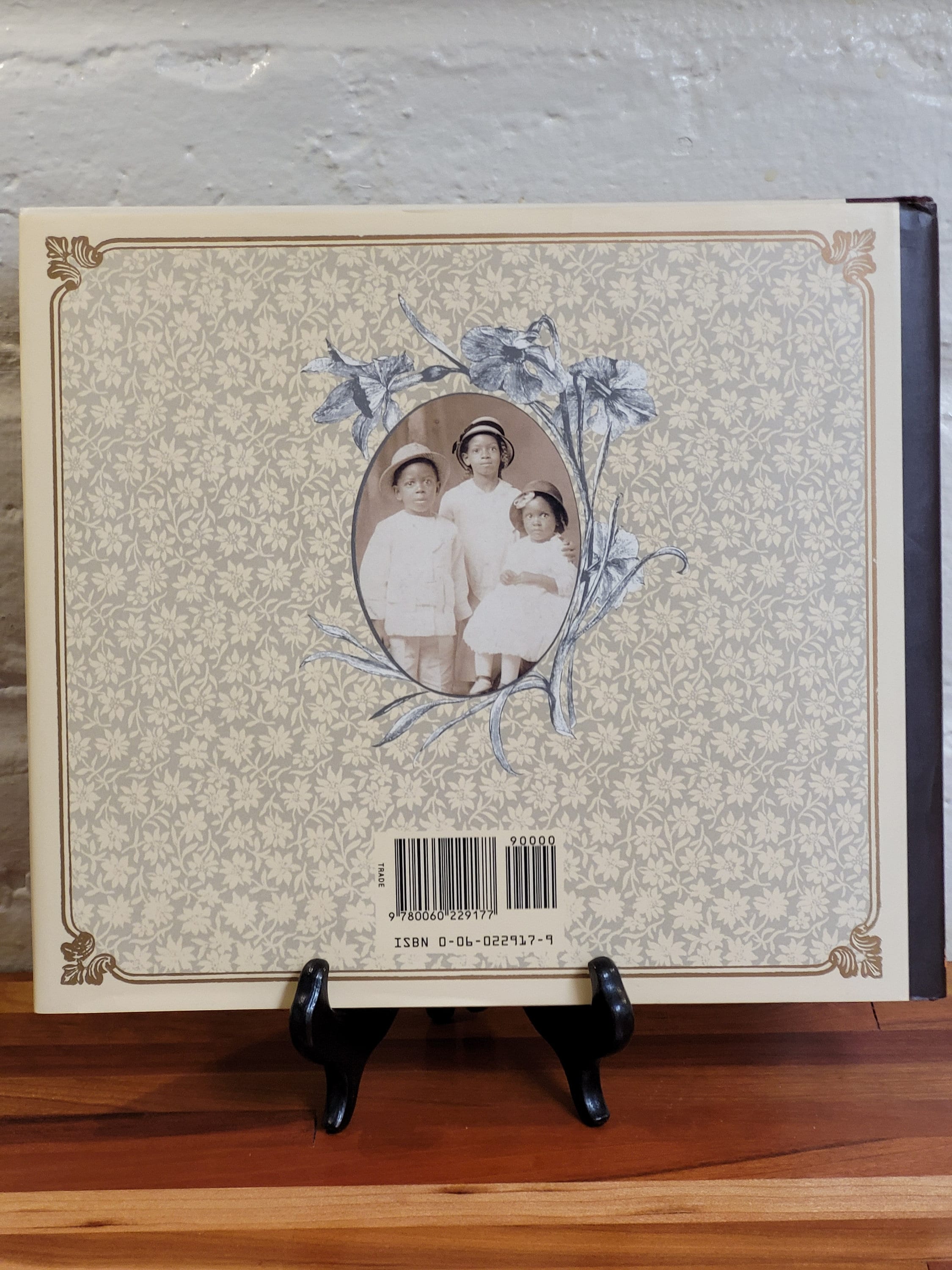 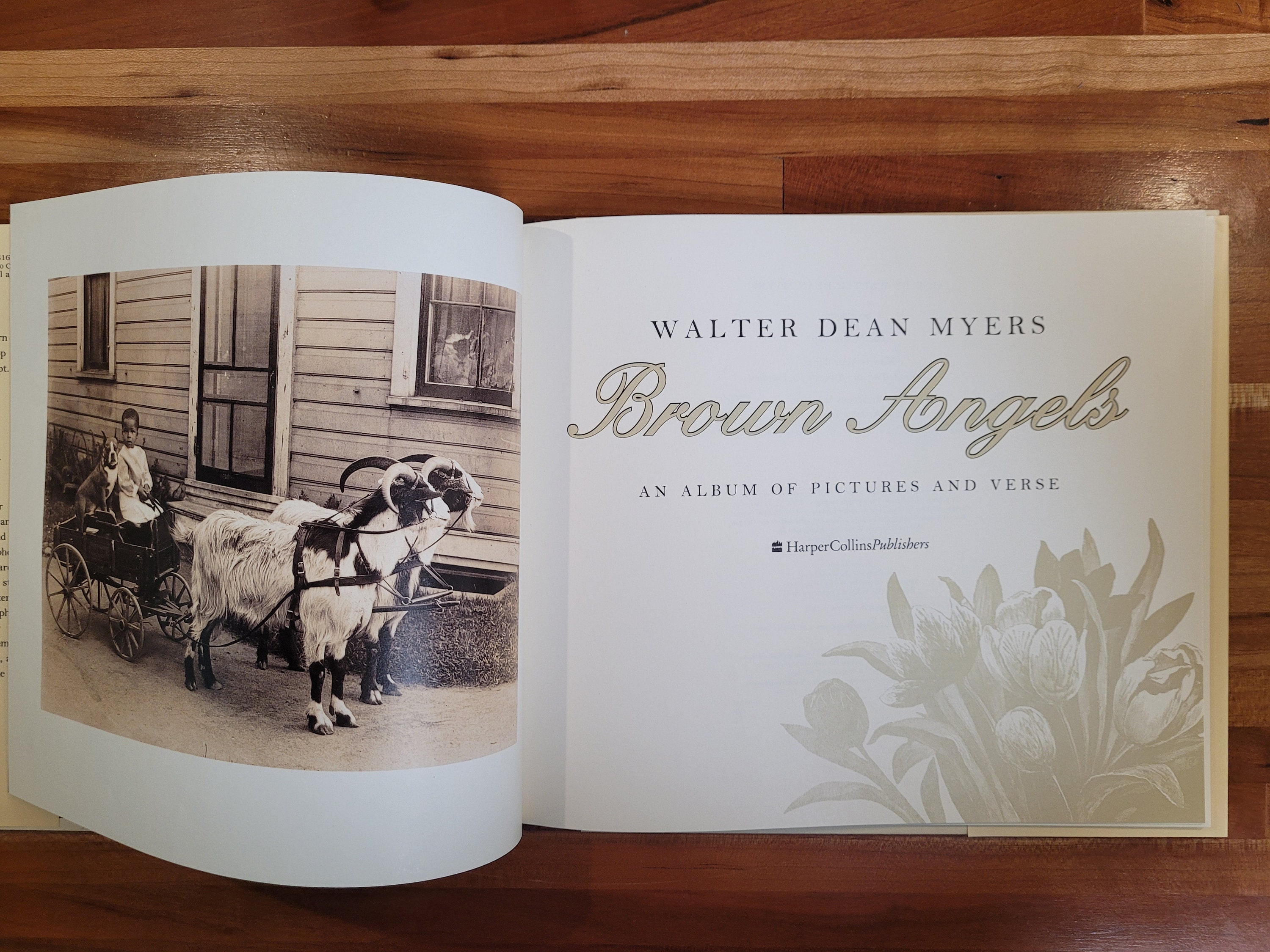 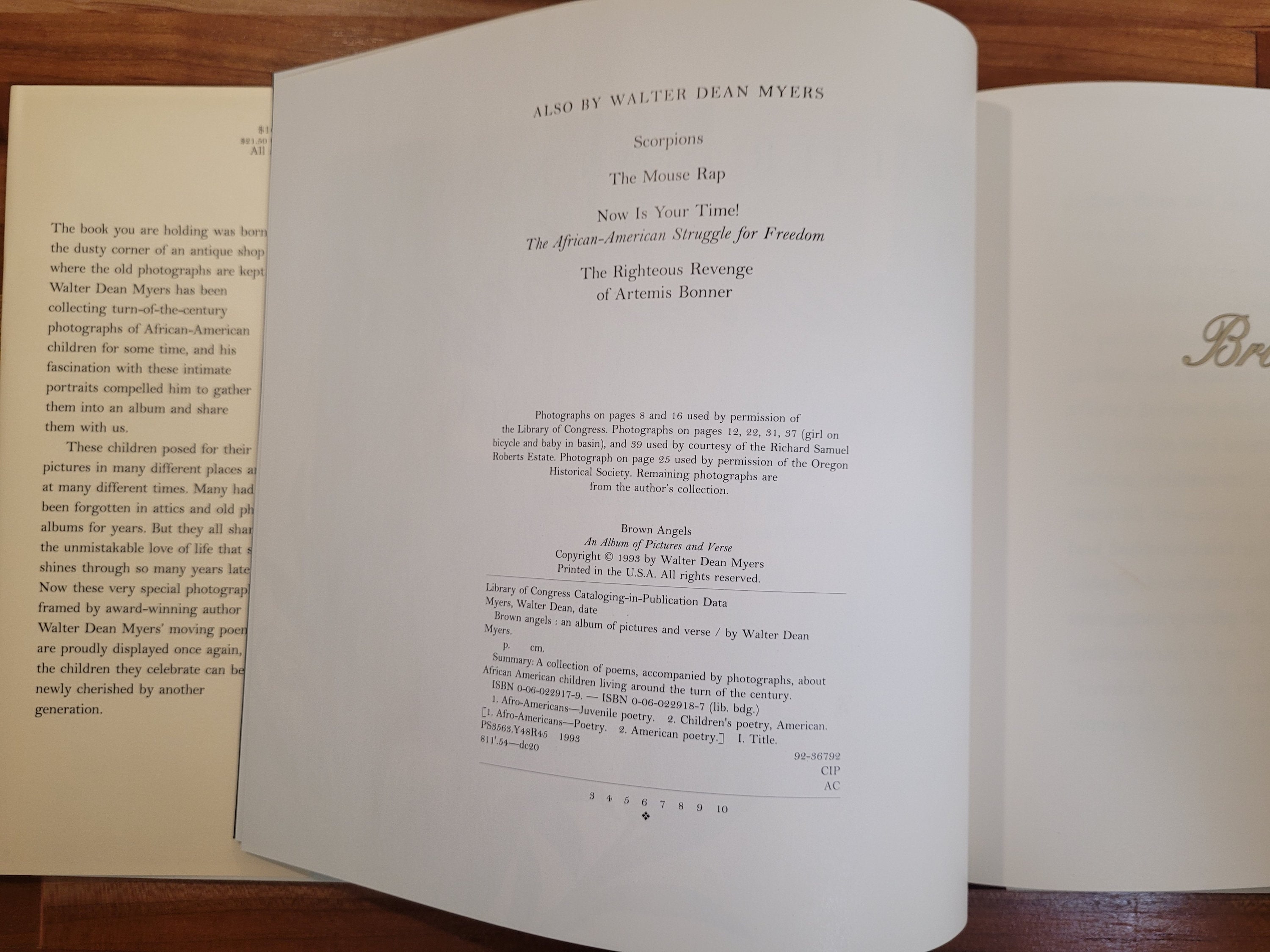 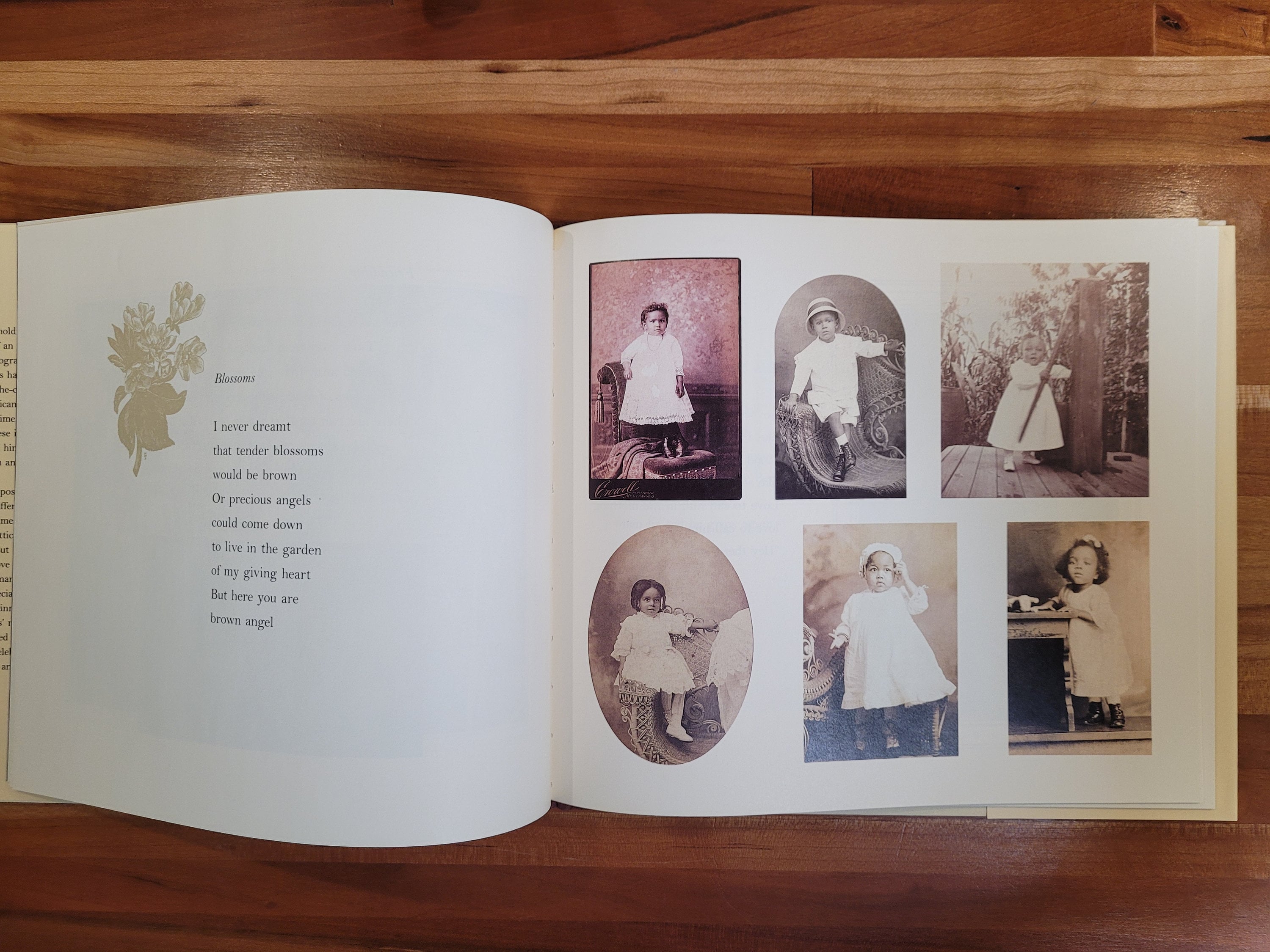 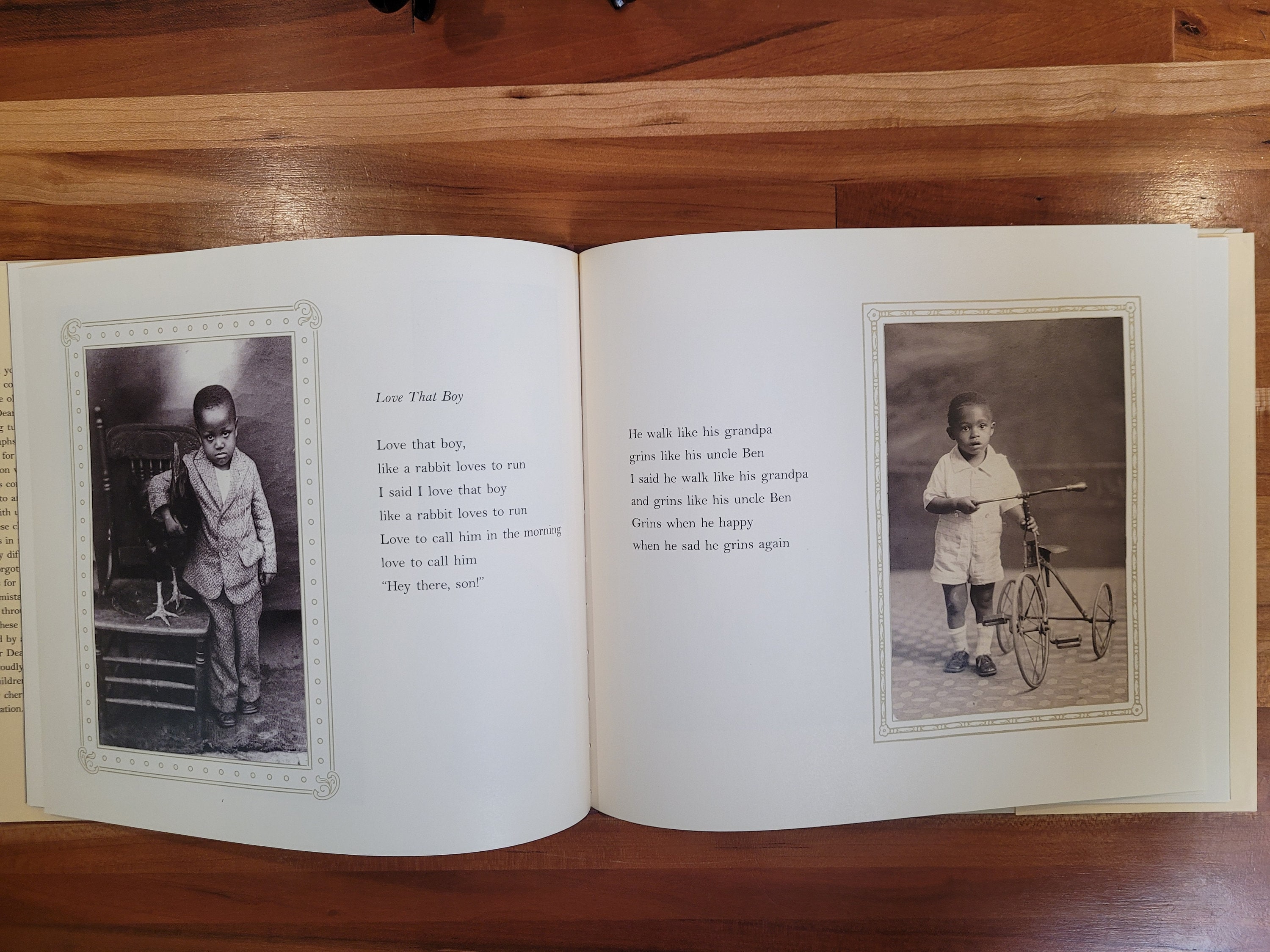 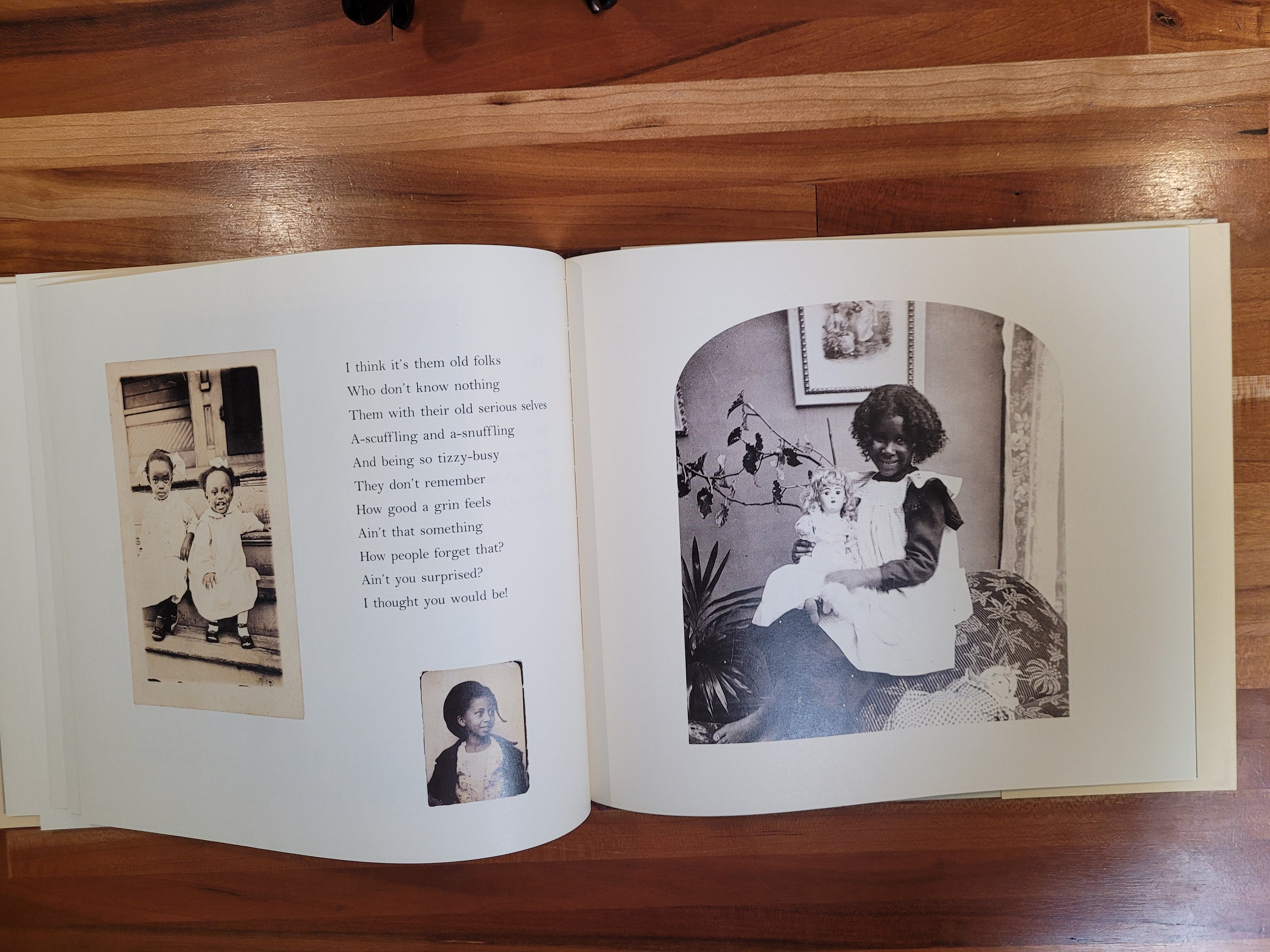 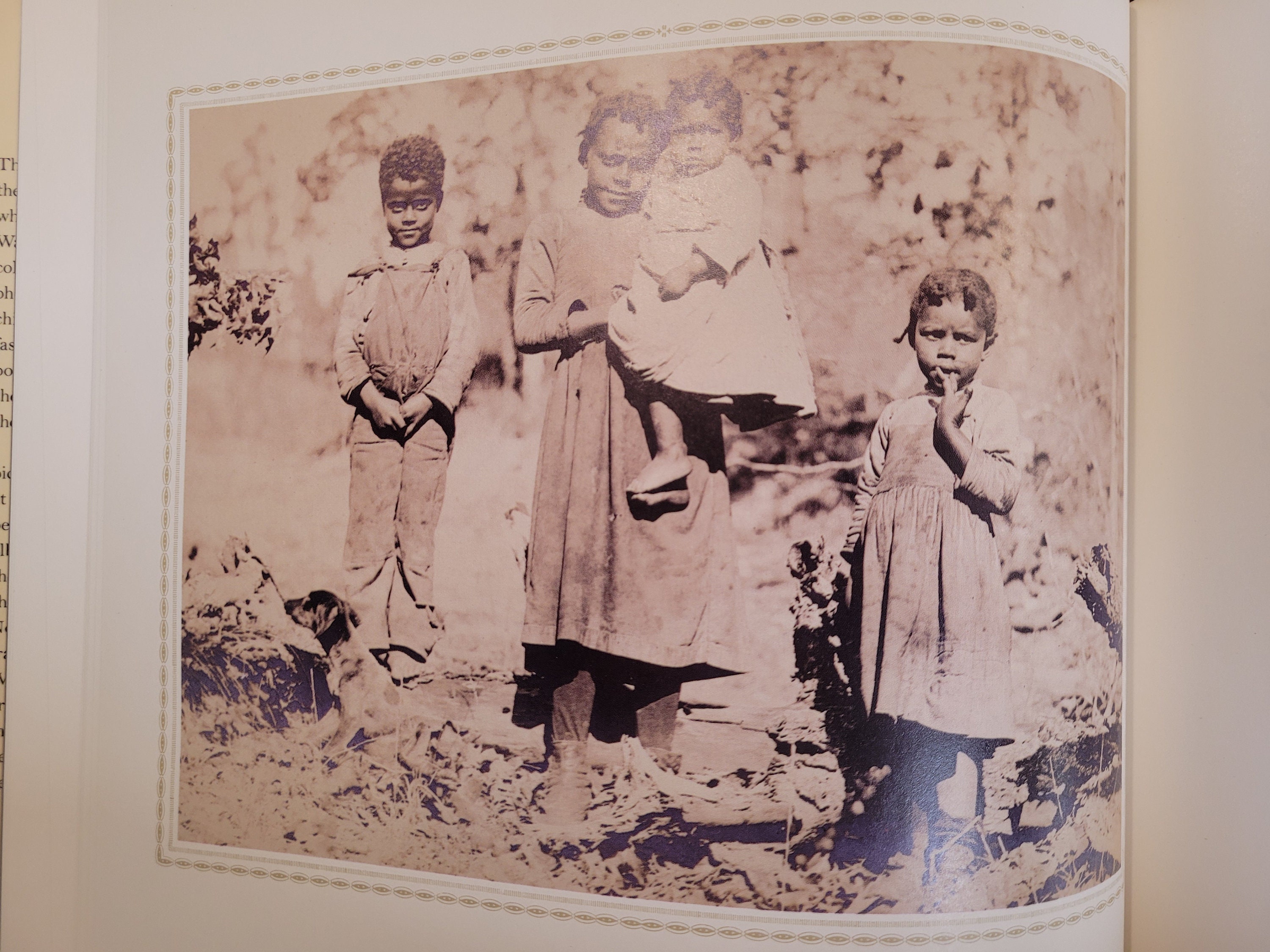 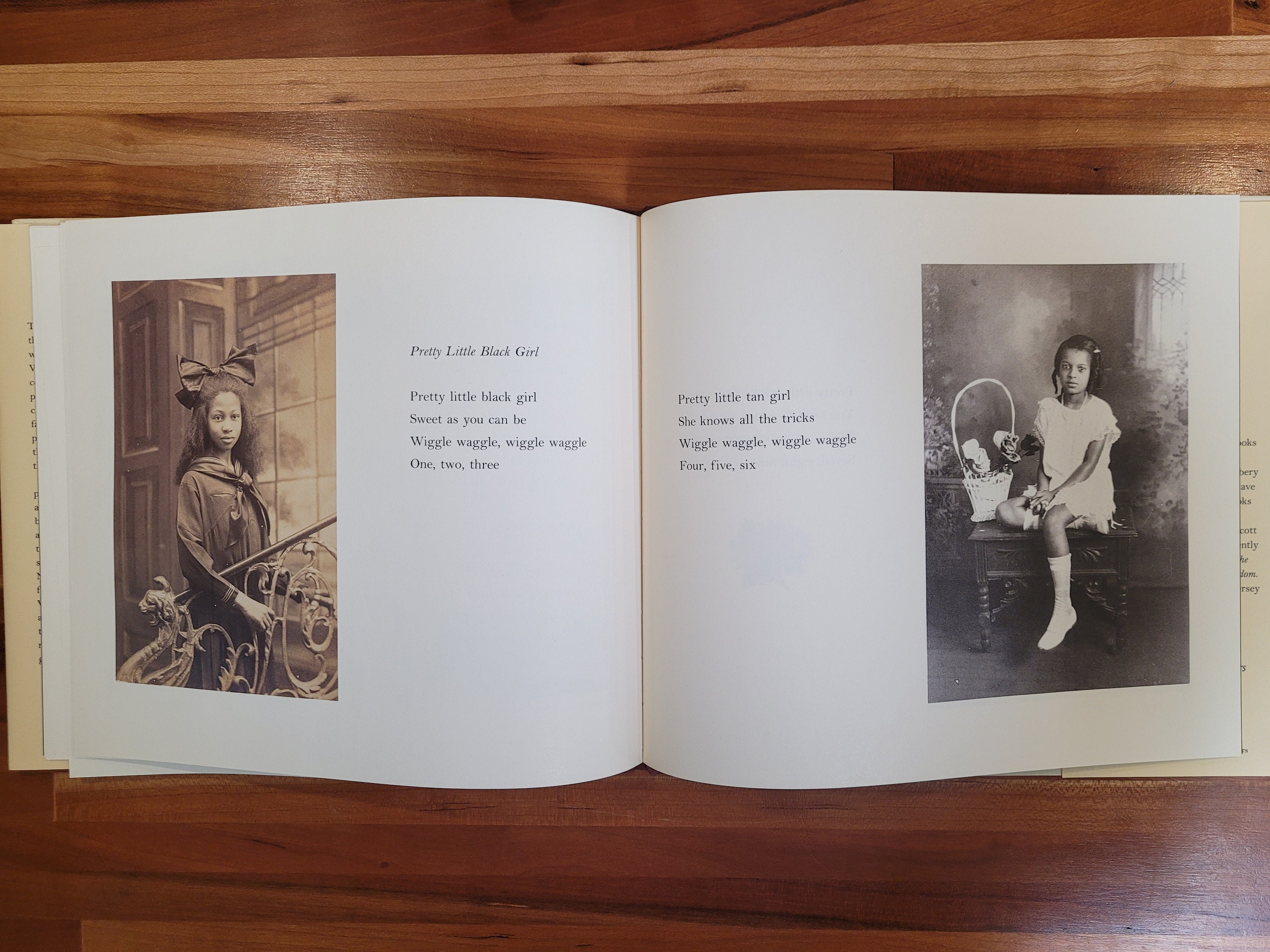 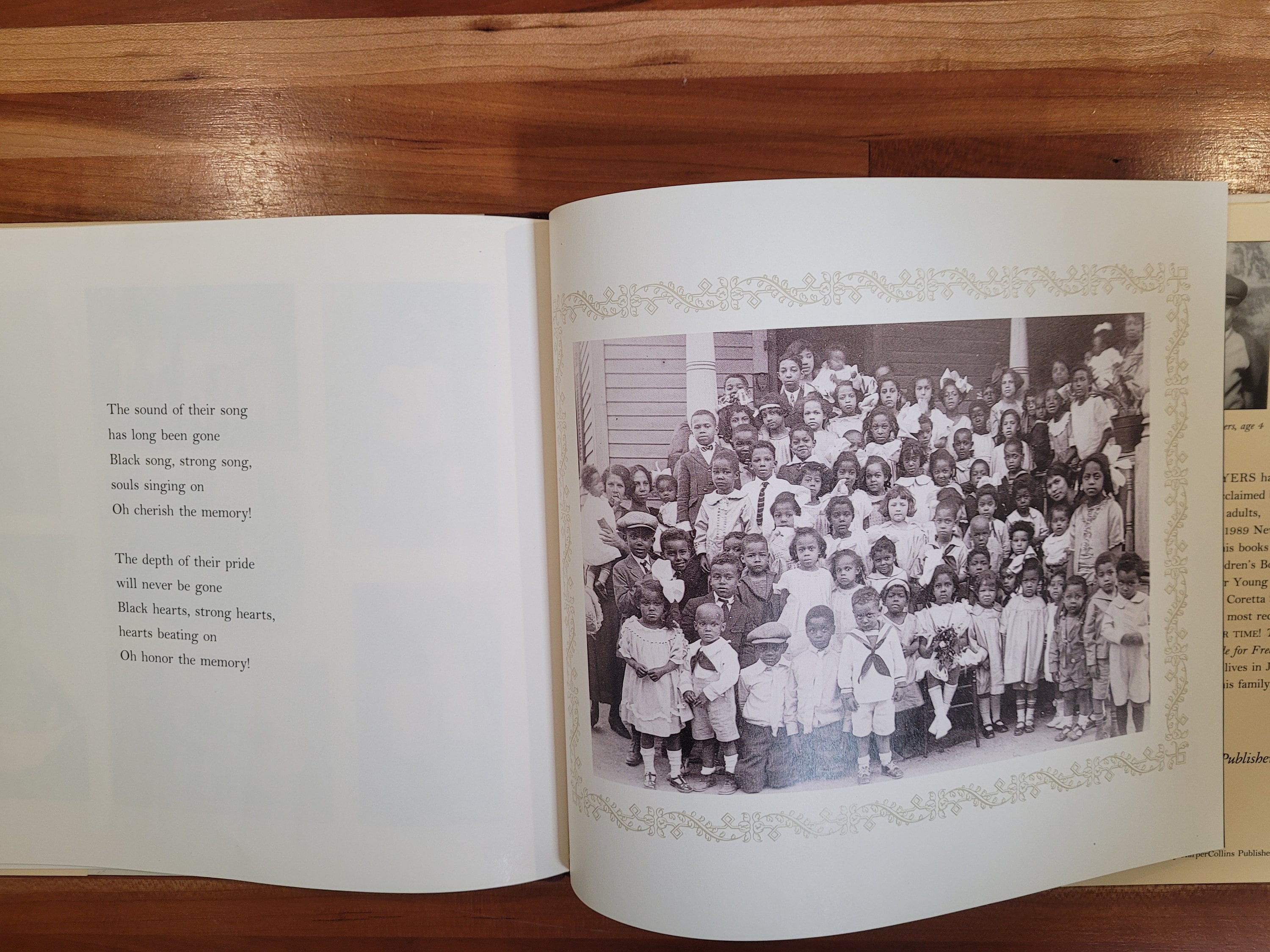 1993 edition of Brown Angels: An Album of Pictures and Verse by Walter Dean Myers.

"Why do I love children? I think it is because the child in each of us is our most precious part. Children remind us of a time of innocence, a time of giving, and an unfettered love of life.

"Combing through dusty bins in antique shops, flea markets, auction houses, and museum collections to find these pictures of African-American children was a sheer delight. Seeing their faces scrubbed and beaming, seeing them dressed in their Sunday best for a traveling photographer, told what our grandparents and great-grandparents thought of their children. These pictures speak to me of hardworking people - of tenant farmers, porters, and teachers of the "colored" schools - who celebrated the lives of their babies as have all people before them and since. And they did so despite the difficulties of their own lives.

"I hope that these pictures bring you as much happiness as they have brought me. Perhaps they will send you to mothers, aunts, grandmothers, and great-grandmothers to search for pictures and memories of your own." - Walter Dean Meyers

Walter Dean Meyers (1937 – 2014) authored more than a hundred books and is best known for YA literature. He was a five-time winner of the Coretta Scott King Award for African-American authors. He also won a Newbery Honor Award, the Margaret Edwards Award and Michael Printz Award from the ALA, and in 2010 was nominated for the Hans Christian Andersen Award for lifetime contributions to children's literature. He may best be remembered for his 1988 YA novel Fallen Angels about the Vietnam War.