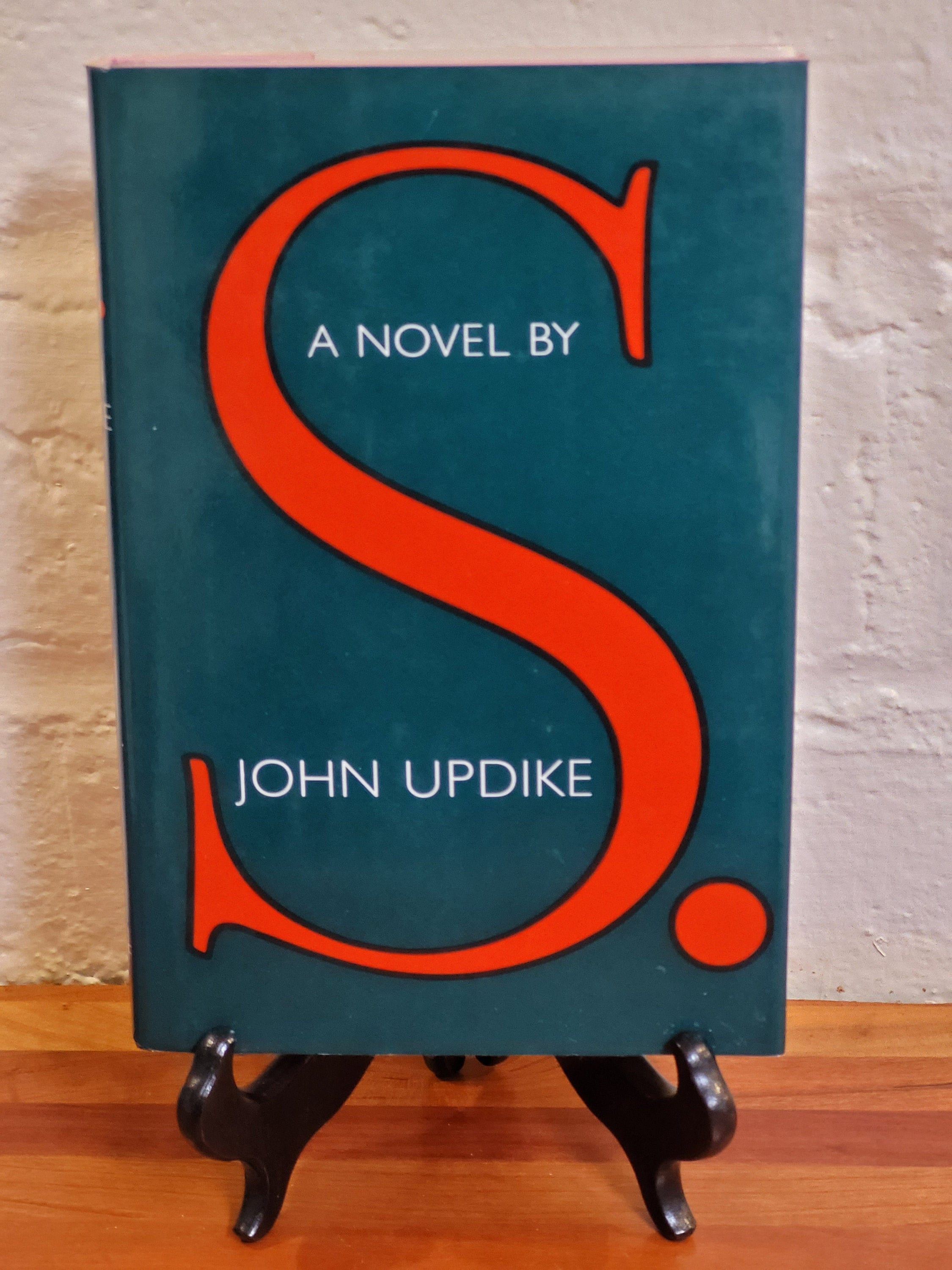 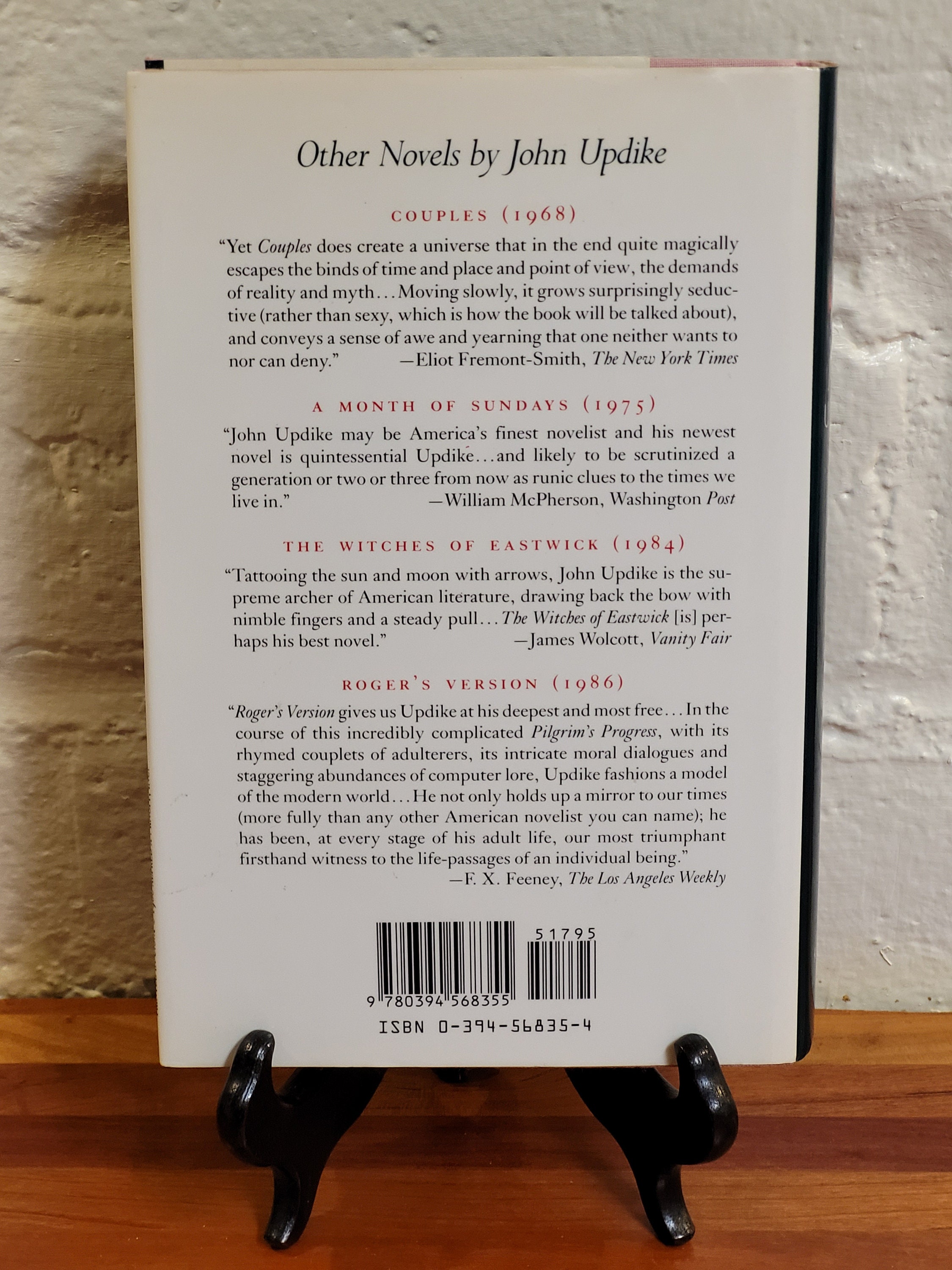 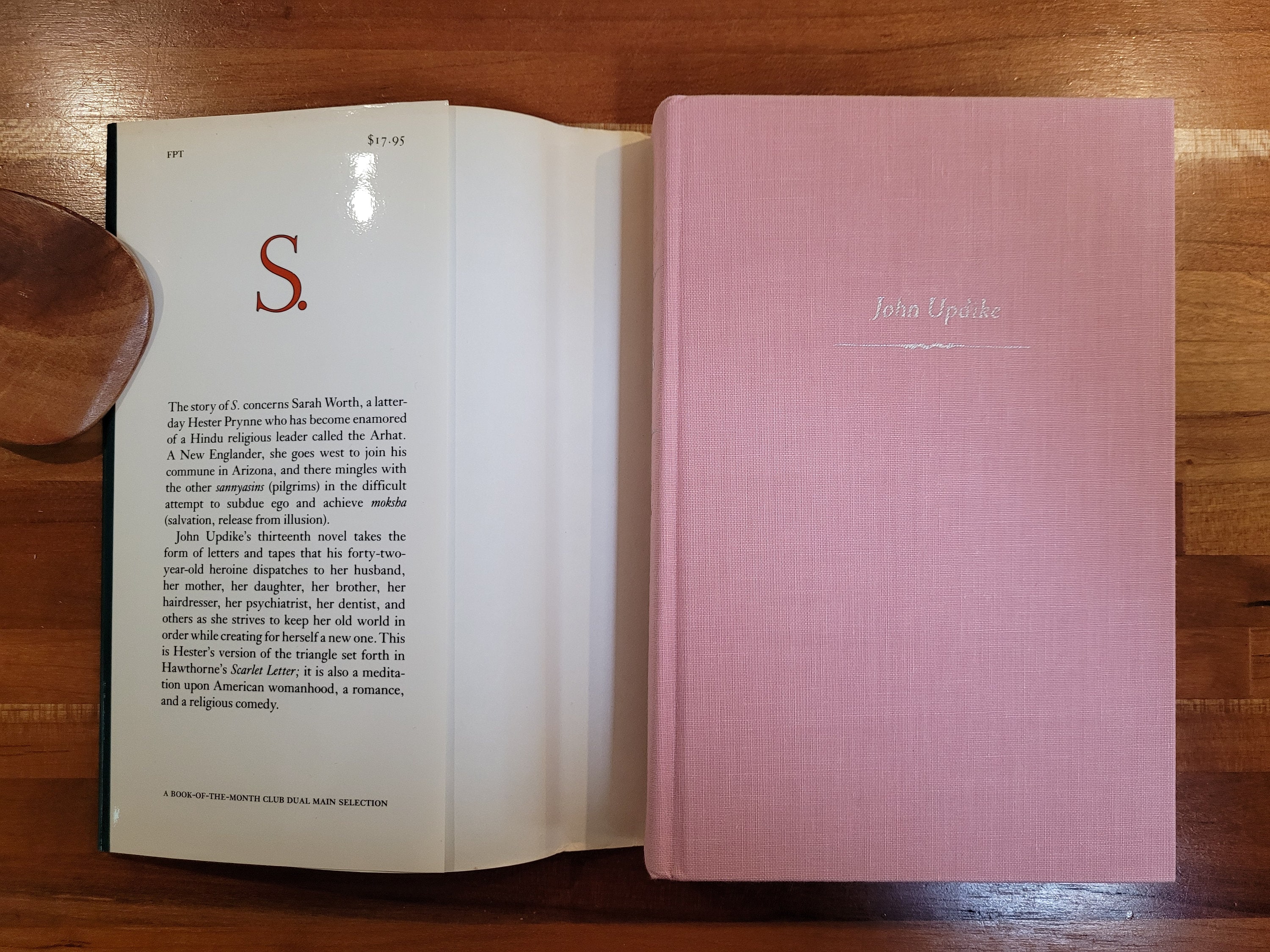 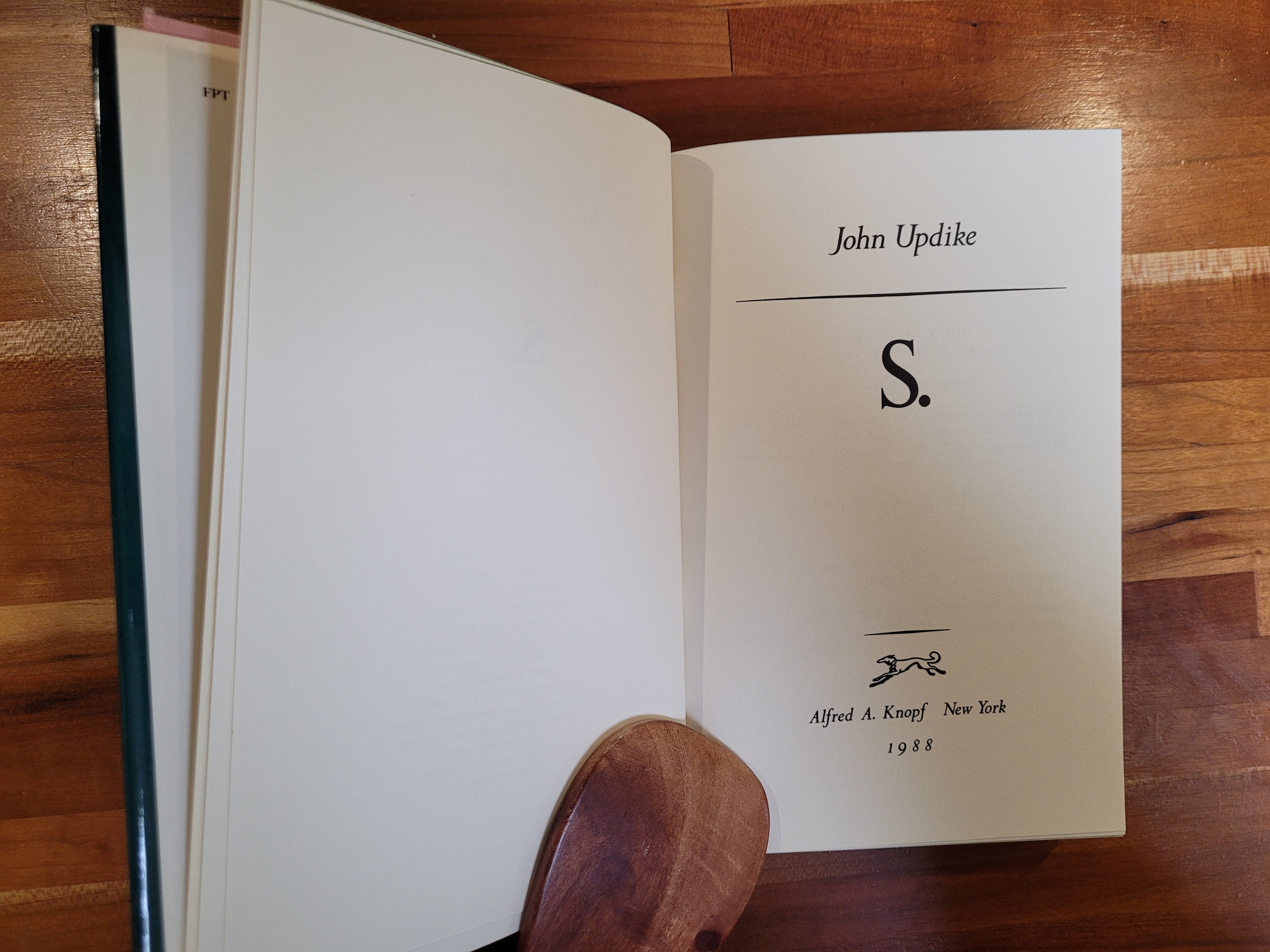 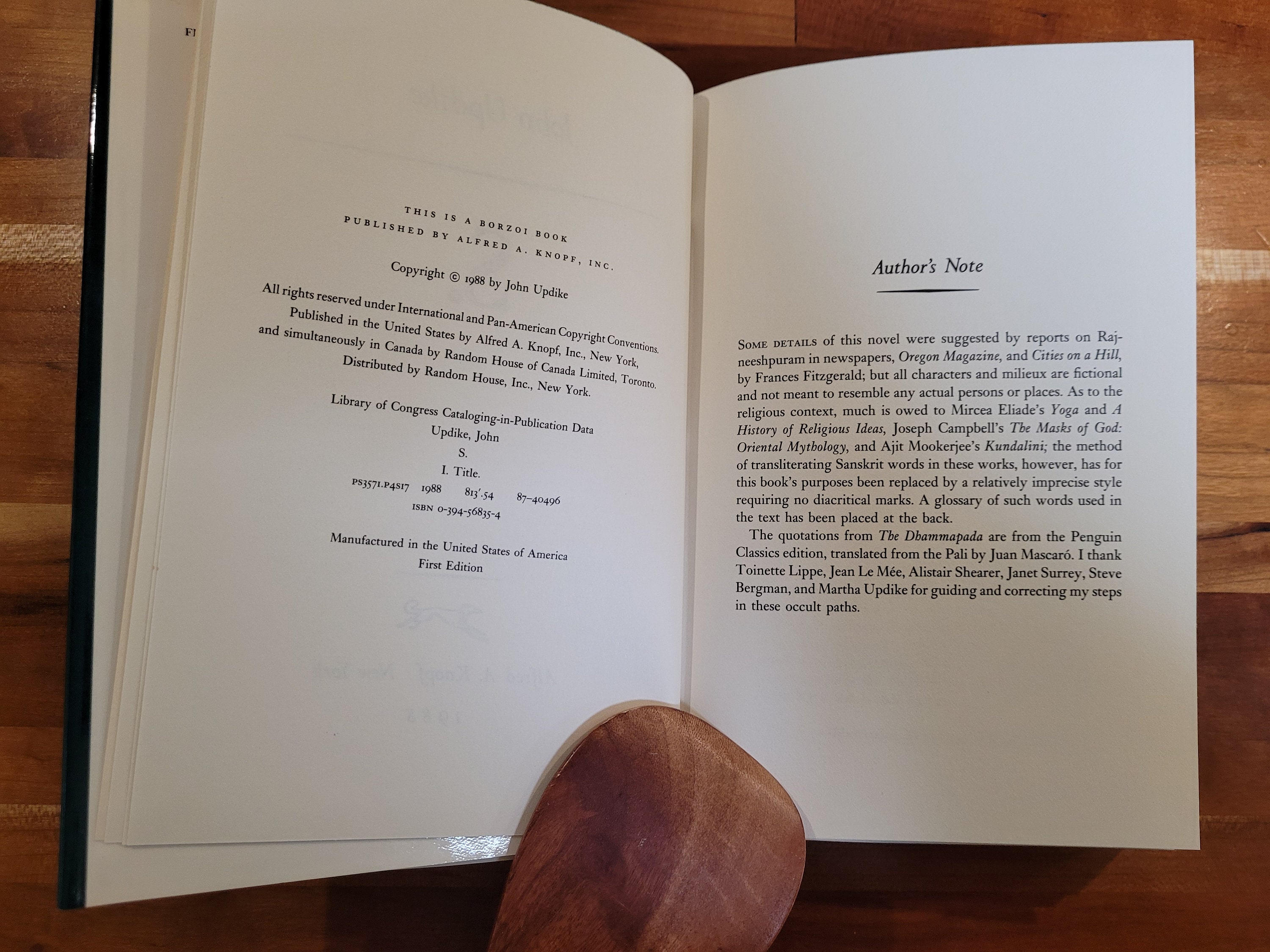 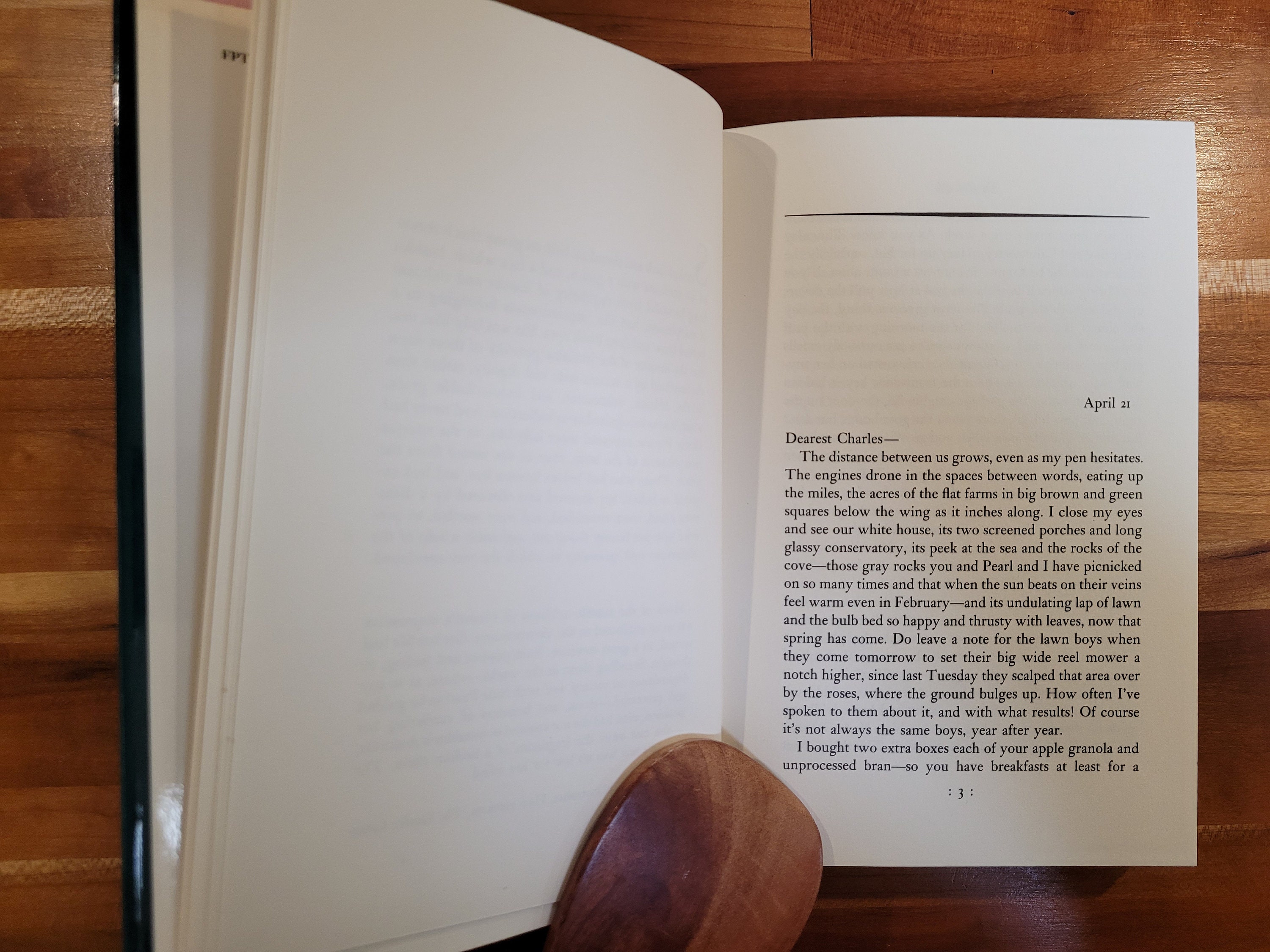 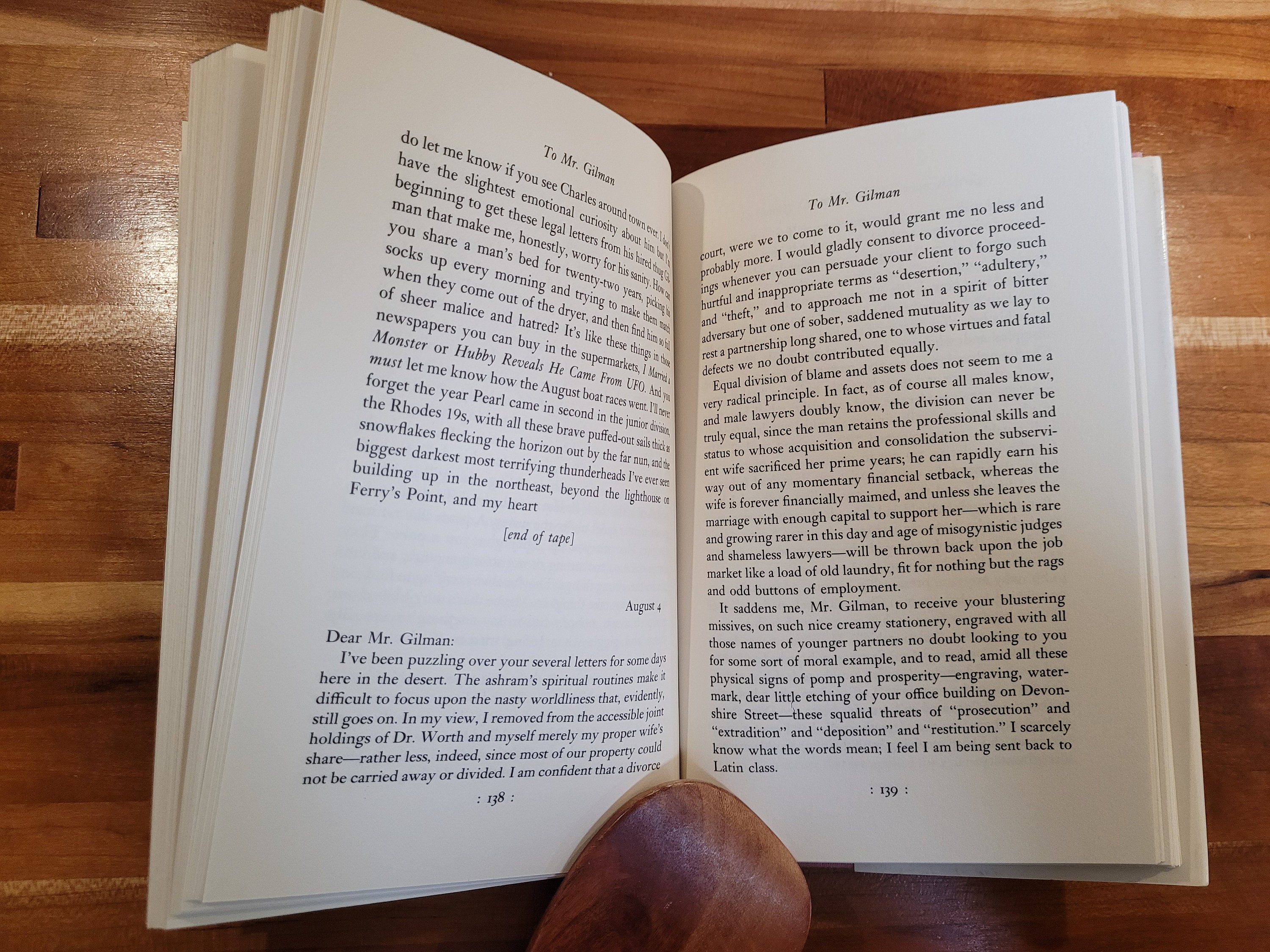 1988 first edition of S: A Novel, John Updike's 13th novel, "a meditation upon American womanhood, a romance, and a religious comedy."

"The story of S. concerns Sarah Worth, a latterday Hester Prynne who has become enamored of a Hindu religious leader called the Arhat. A New Englander, she goes west to join his commune in Arizona, and there mingles with the other sannyasins (pilgrims) in the difficult attempt to subdue ego and achieve moksha (salvation, release from illusion).

"John Updike's thirteenth novel takes the form of letters and tapes that his forty-two-year-old heroine dispatches to her husband, her mother, her daughter, her brother, her hairdresser, her psychiatrist, her dentist, and others as she strives to keep her old world in order while creating for herself a new one. This is Hester's version of the triangle set forth in Hawthorne's Scarlet Letter; it is also a meditation upon American womanhood, a romance, and a religious comedy."

John Updike (1932 – 2009) was the award-winning author of more than twenty novels, as well as short-story collections, poetry, art and literary criticism, and children's books. S. is the final book in The Scarlet Letter trilogy, following A Month of Sundays and Roger's Version. Updike also wrote the Rabbit novels, beginning with Rabbit Run, The Poorhouse Fair, The Witches of Eastwick, and Couples. Awards included the Pulitzer Prize for Fiction, National Book Award, PEN/Faulkner, O. Henry, and Man Booker.