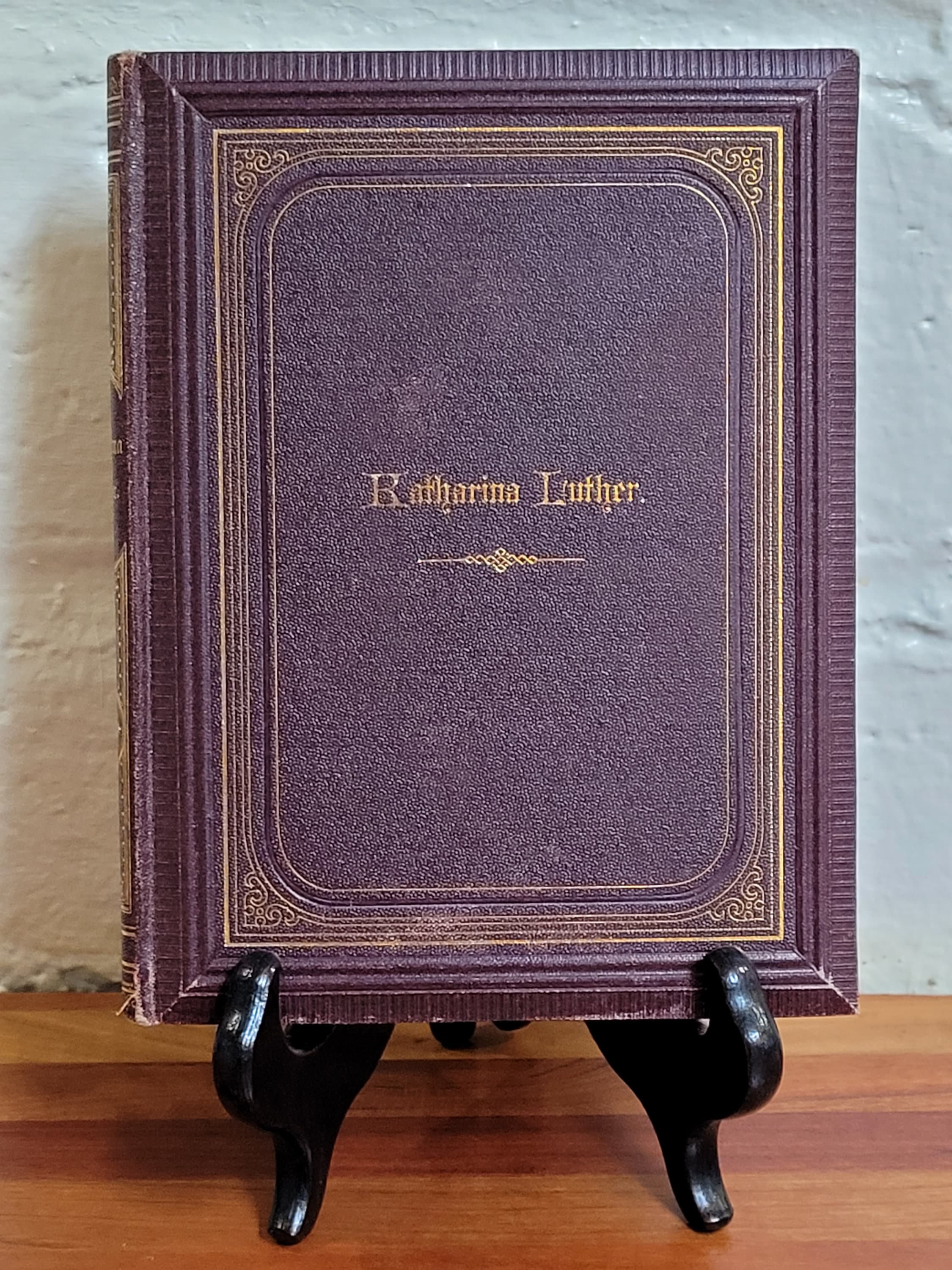 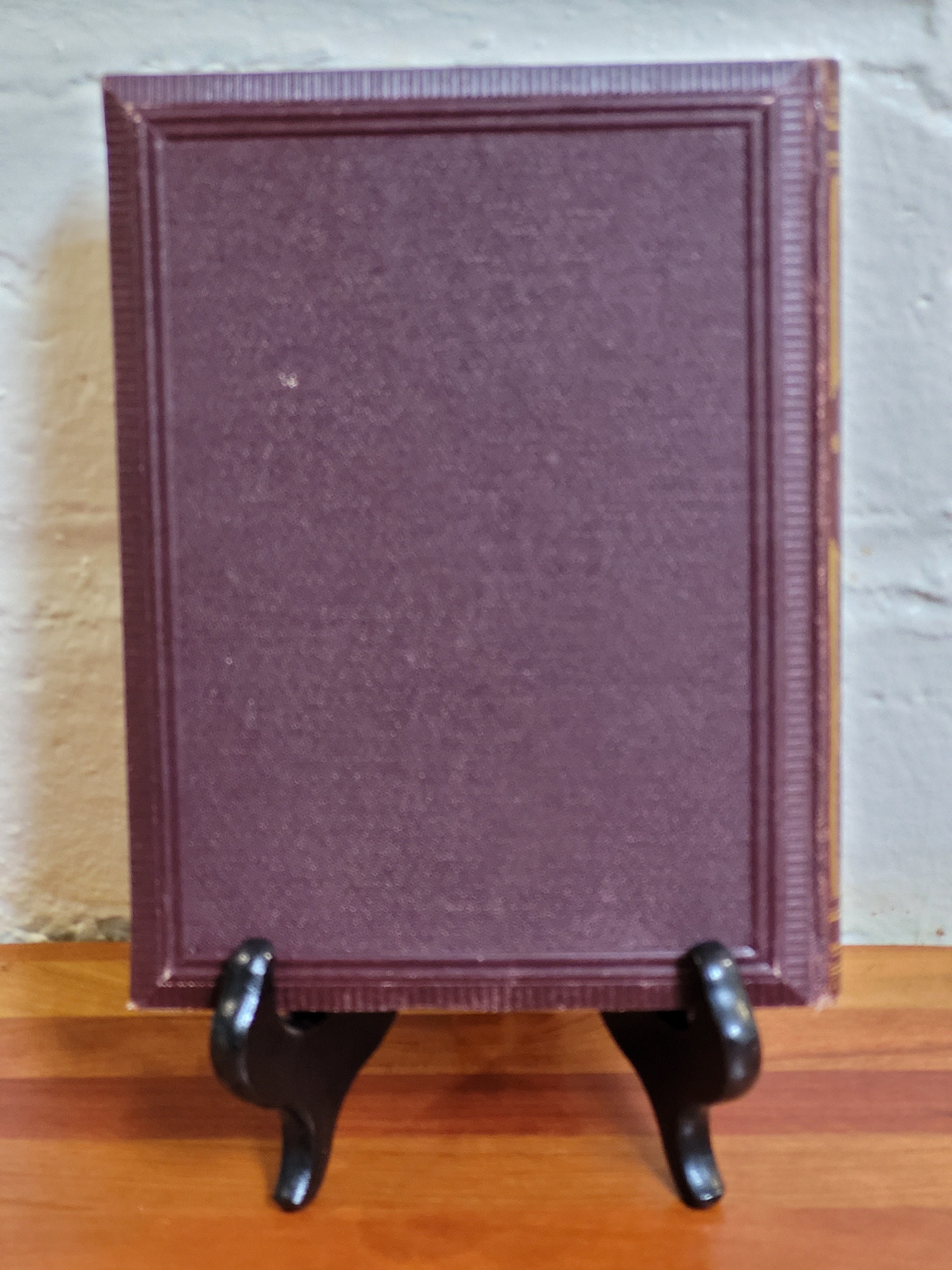 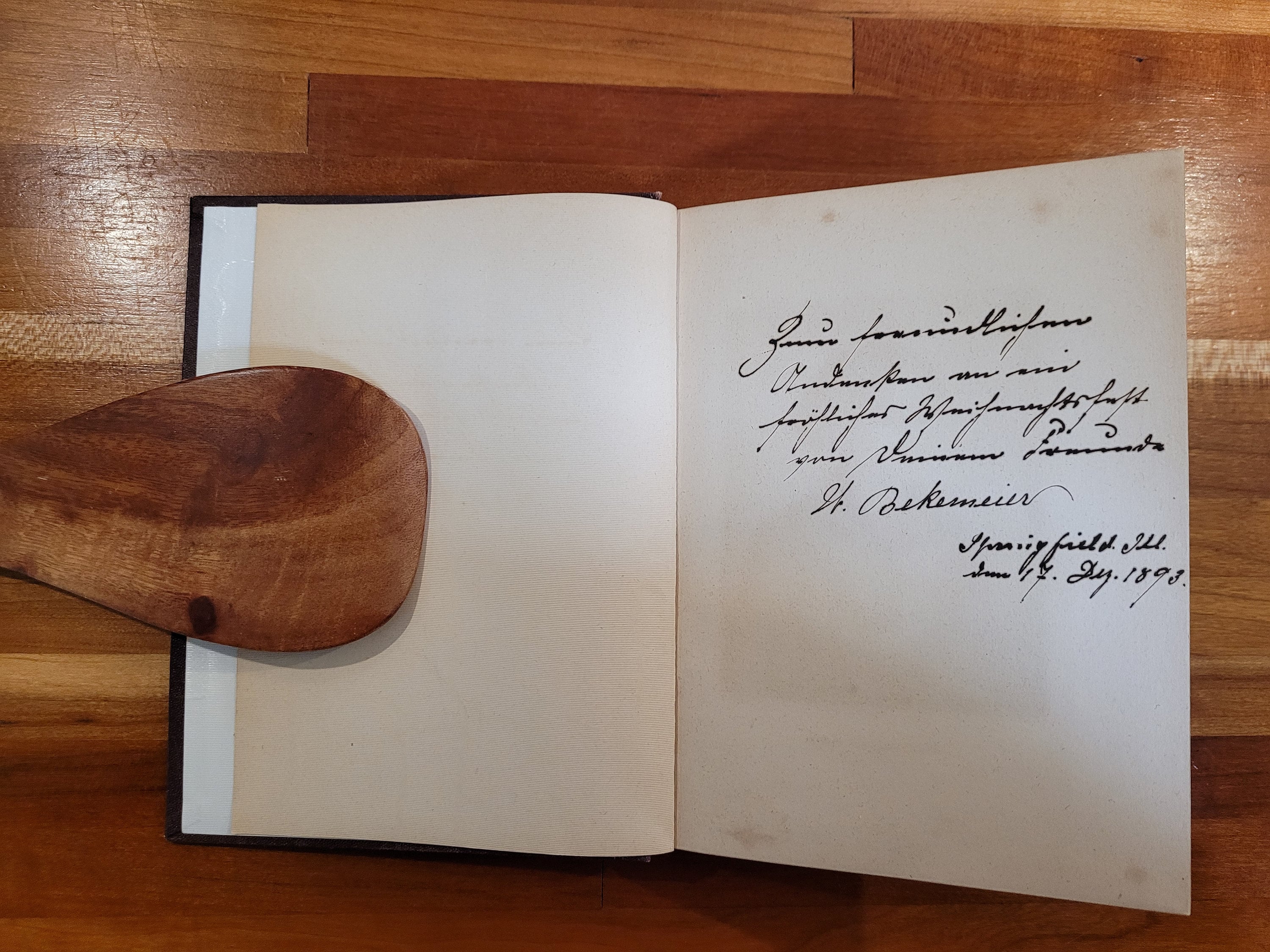 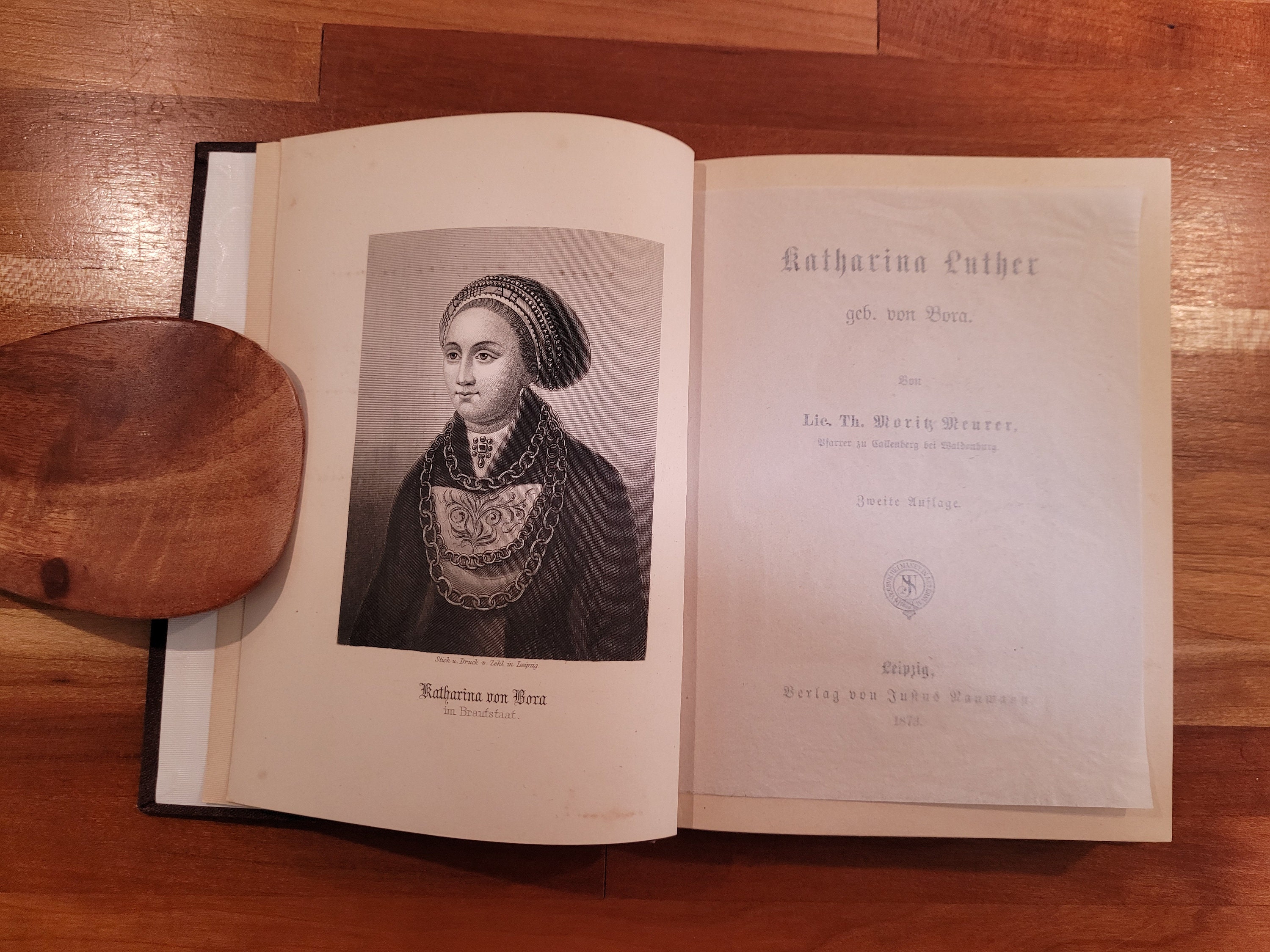 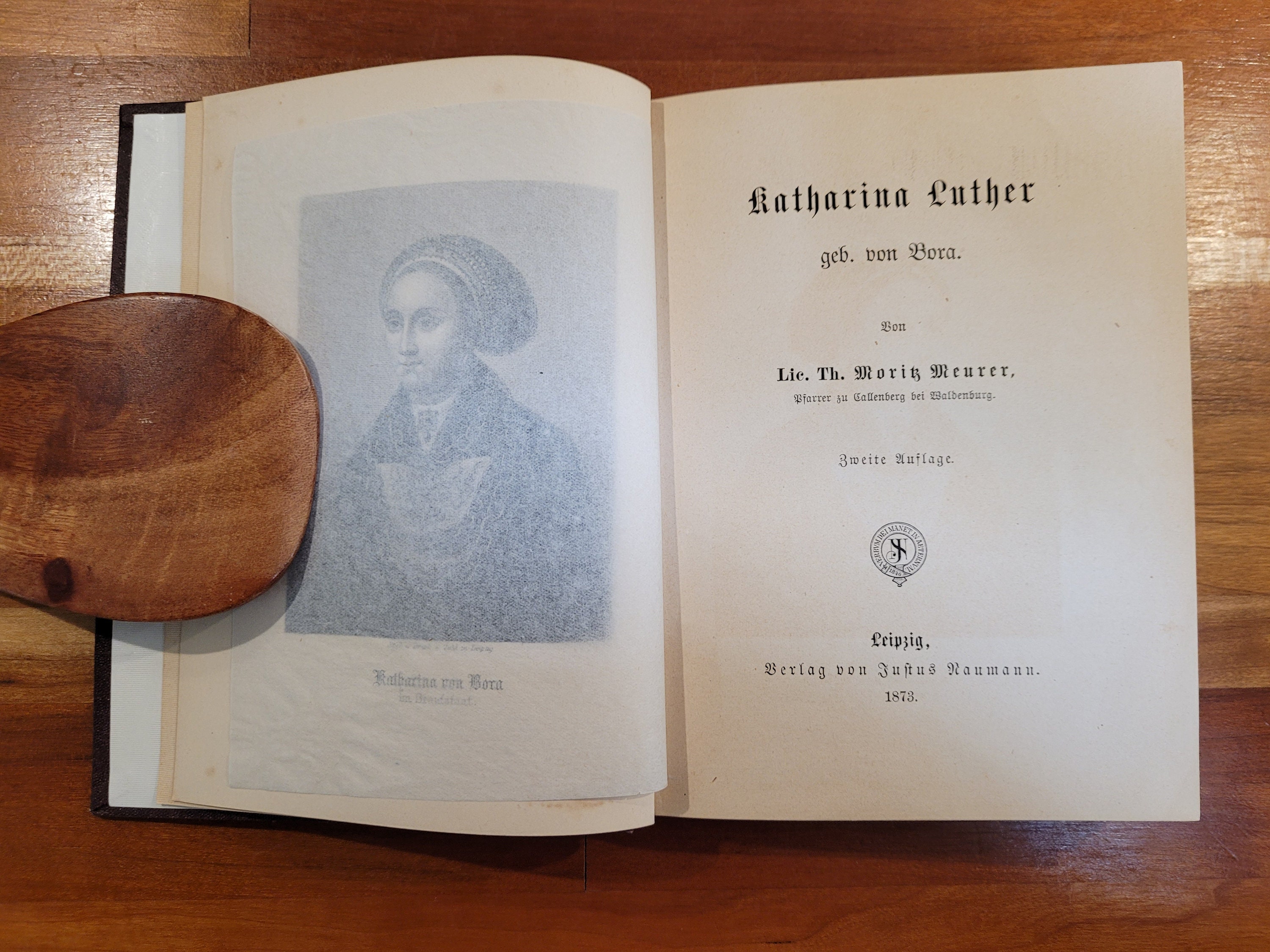 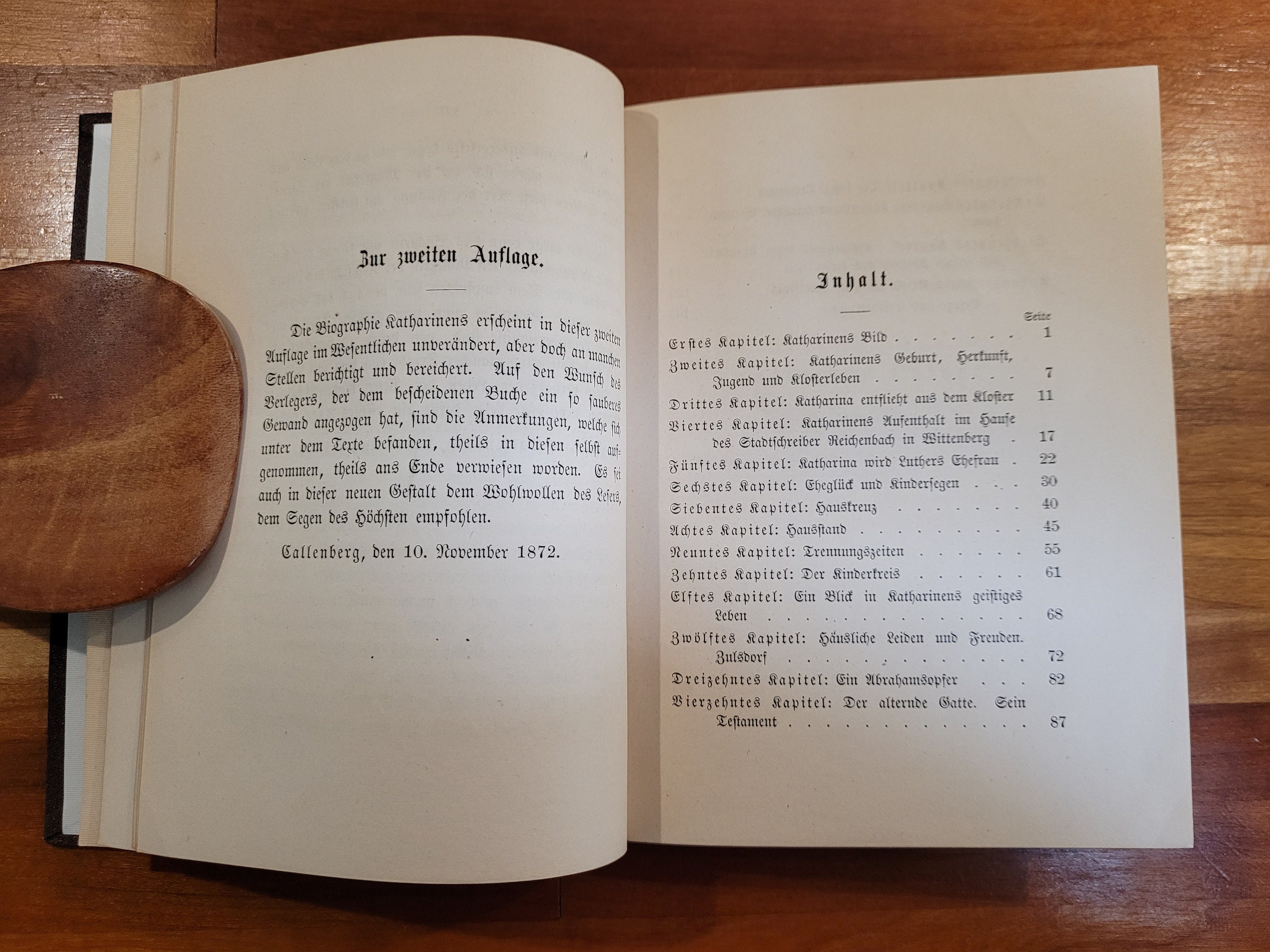 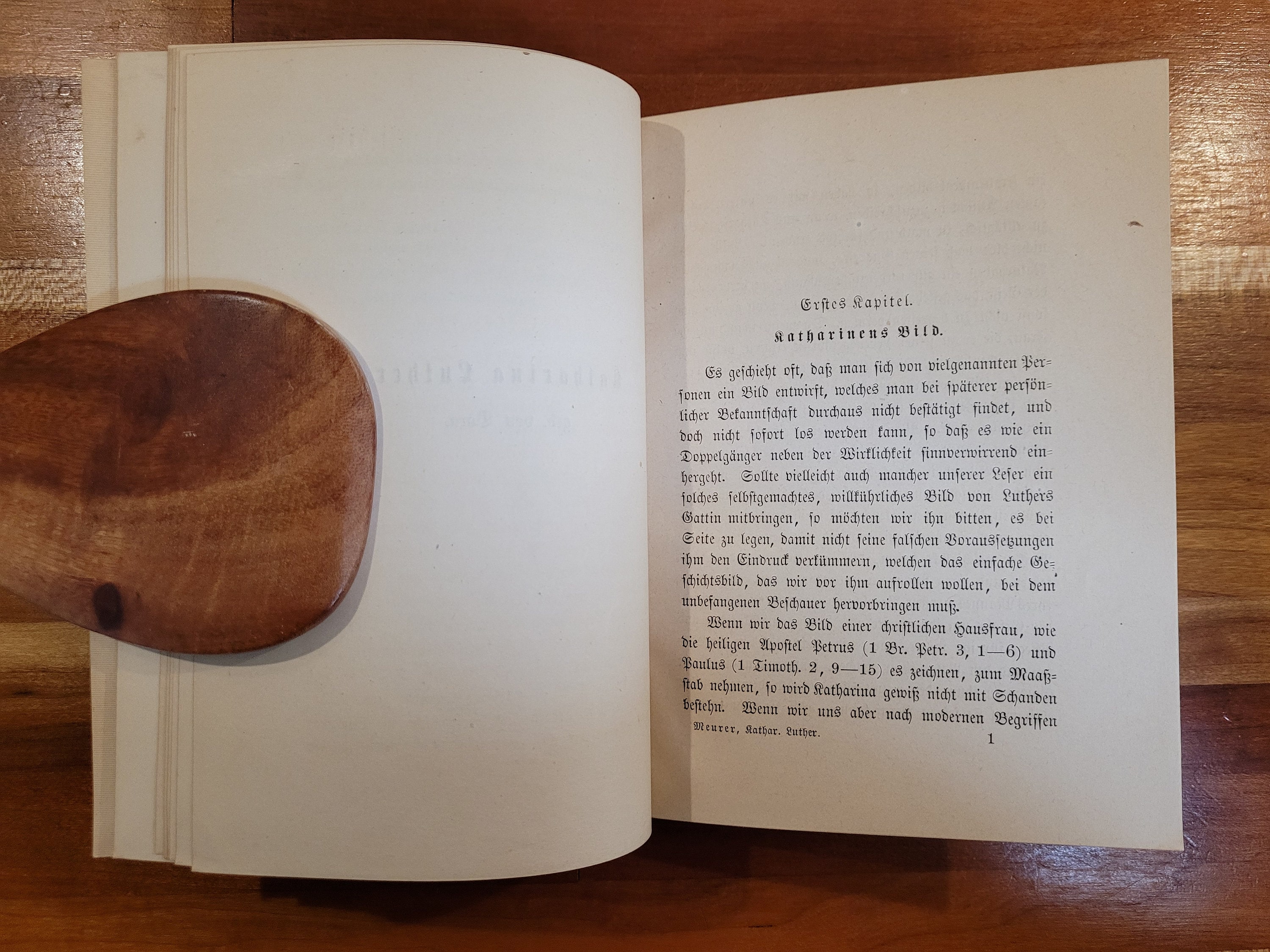 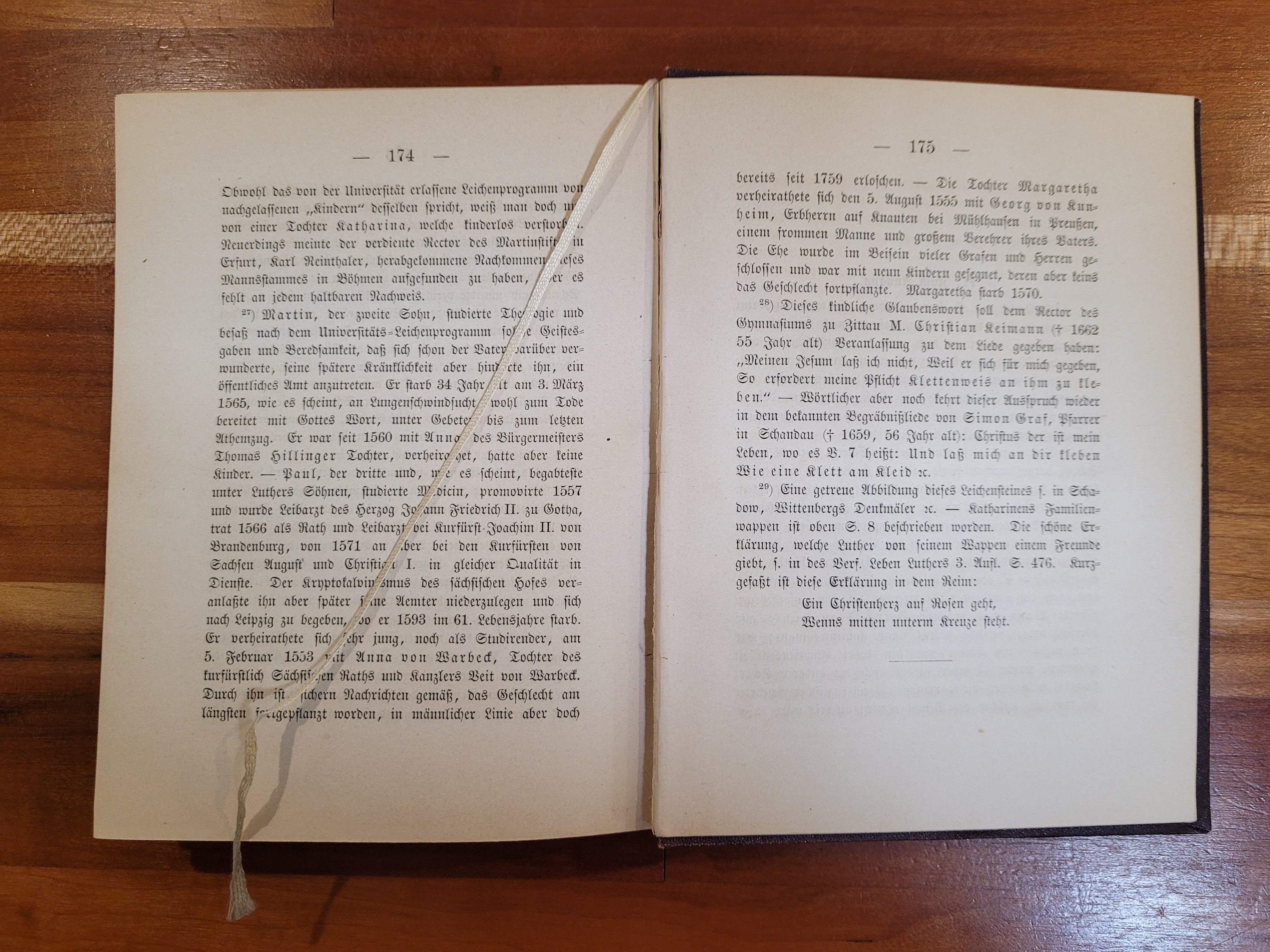 Katharina von Bora (circa 1499 – 1552) was the wife of Martin Luther, a German religious reformer and a driving force in the Protestant Reformation. In 1523, Katharina abandoned life as a nun, encouraged by the reform movement. She and Luther married in 1525 and made their home in the Black Cloister of Wittenberg. She managed both their home and farm as Martin's prominence grew, and as the Cloister became a meeting place for fellow reformers. Luther called her "the morning star of Wittenberg" for her habit of rising early to begin the day. She helped establish the Protestant understanding of family life, and paved the way for Protestant clerics to marry and raise families.

Moritz Meurer (1806 - 1877) was a German Lutheran theologian and historian, and author of many books on the life of Martin Luther, the Protestant Reformation, and the Lutheran Church.

Condition*: Near Fine. Lacks dust jacket, as issued. Brown cover w/ gilt lettering and decoration: Light shelfwear. All edges gilt. Pages are undamaged and complete. Inscription on front fly leaf in German, from a Lutheran minister, dated 1893, Springfield ILL. Shadow of the frontispiece, a portrait of Katherina Luther, has transferred to the title page. Foxing just beginning on frontispiece.