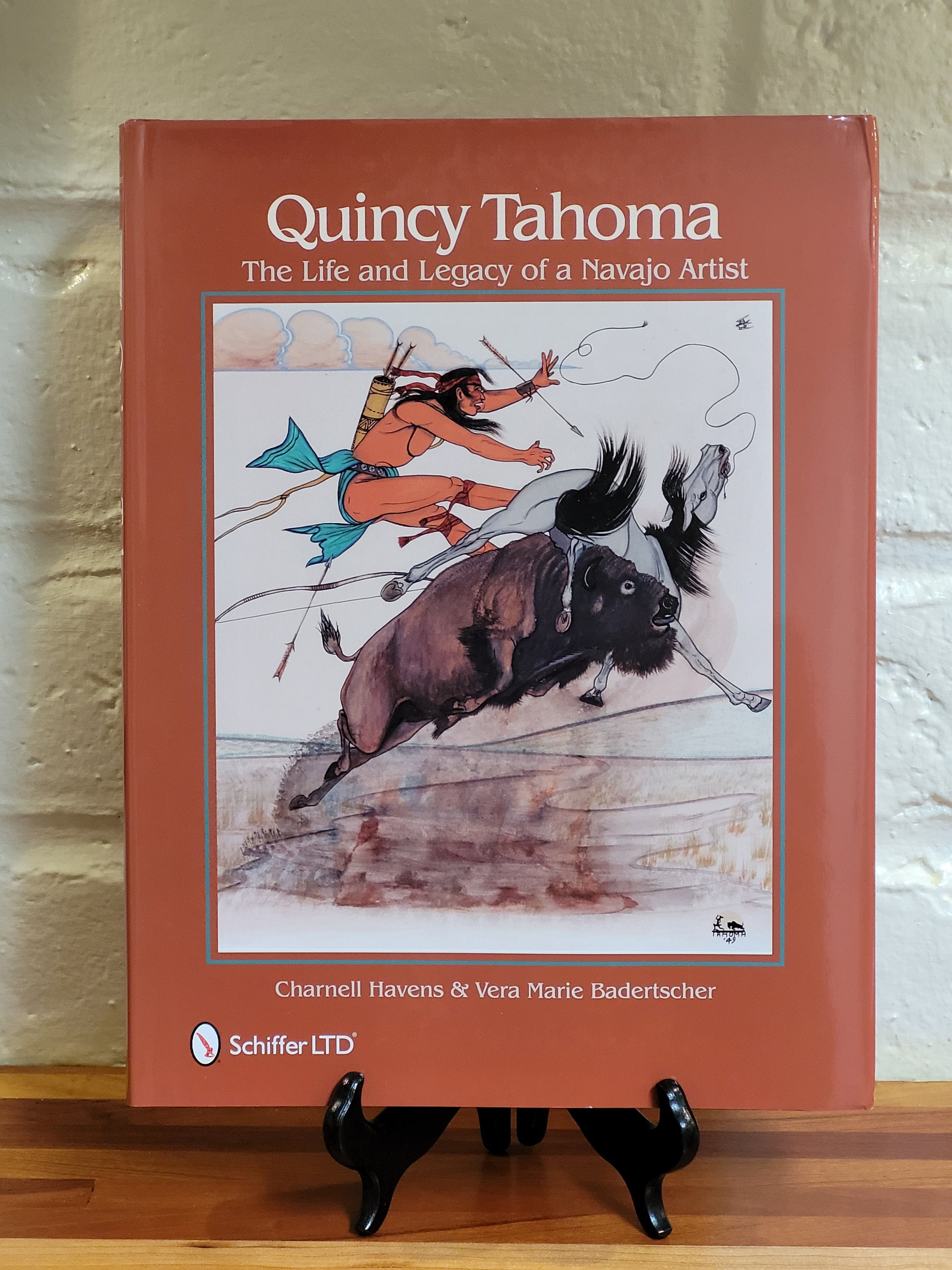 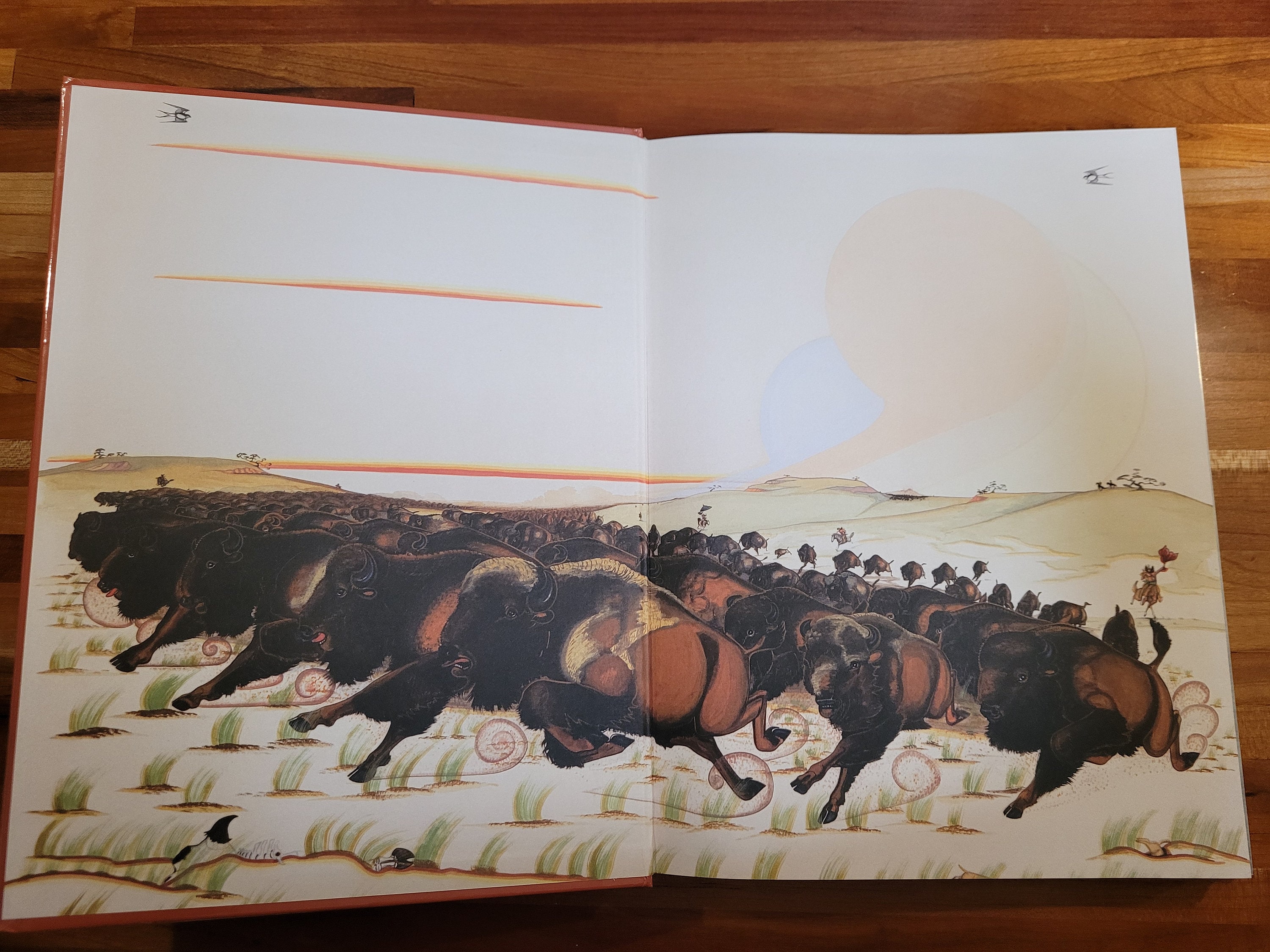 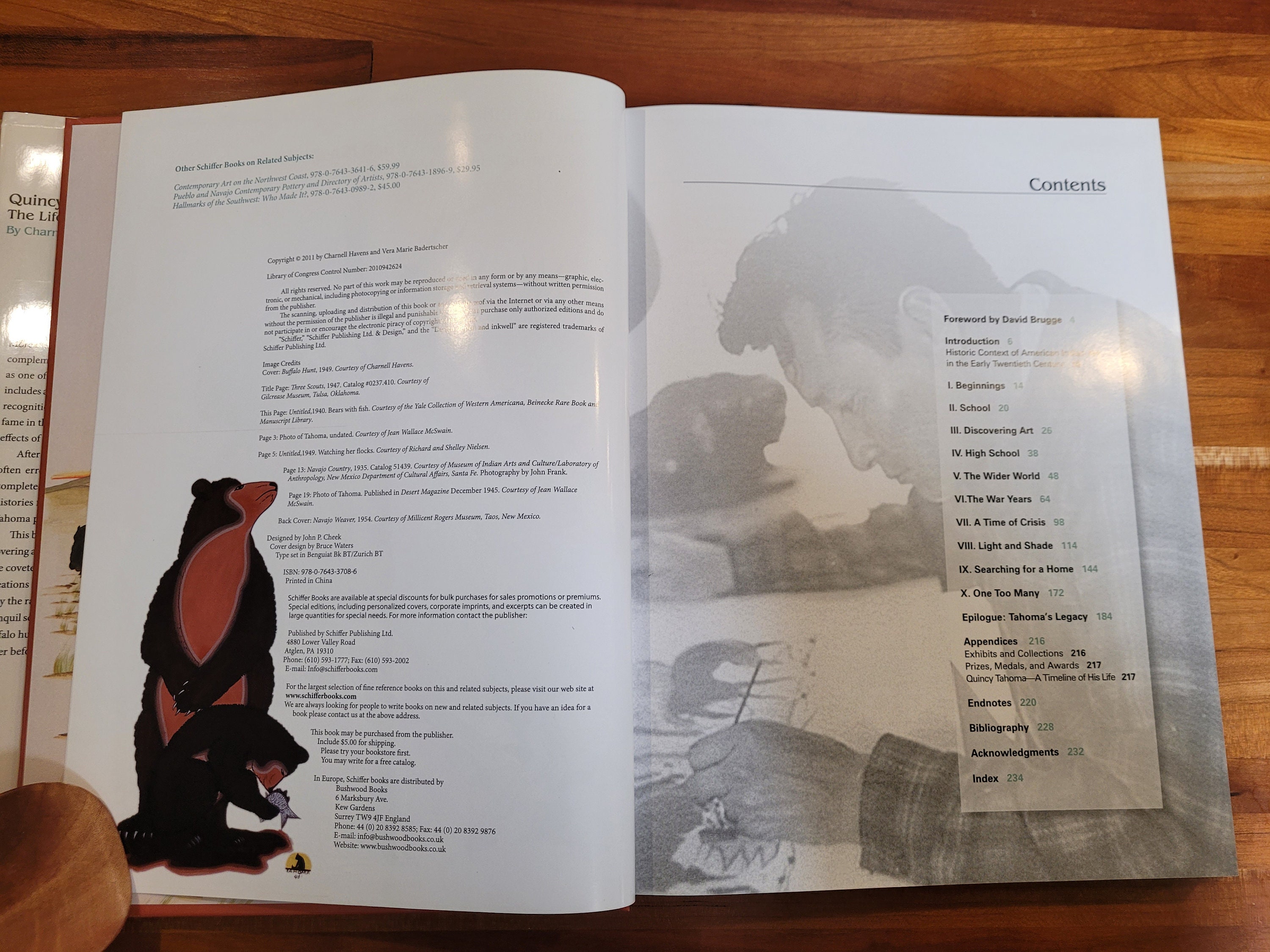 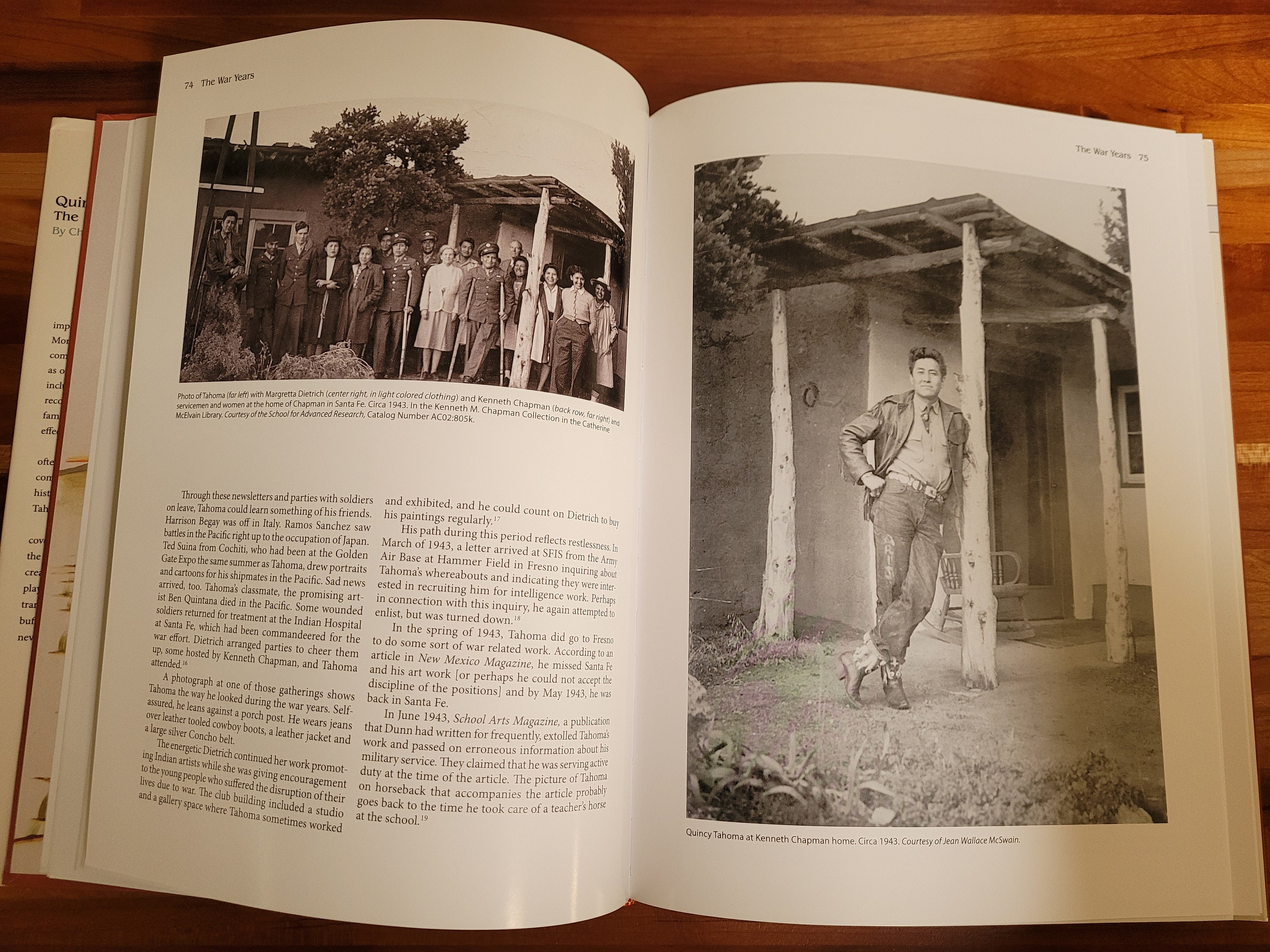 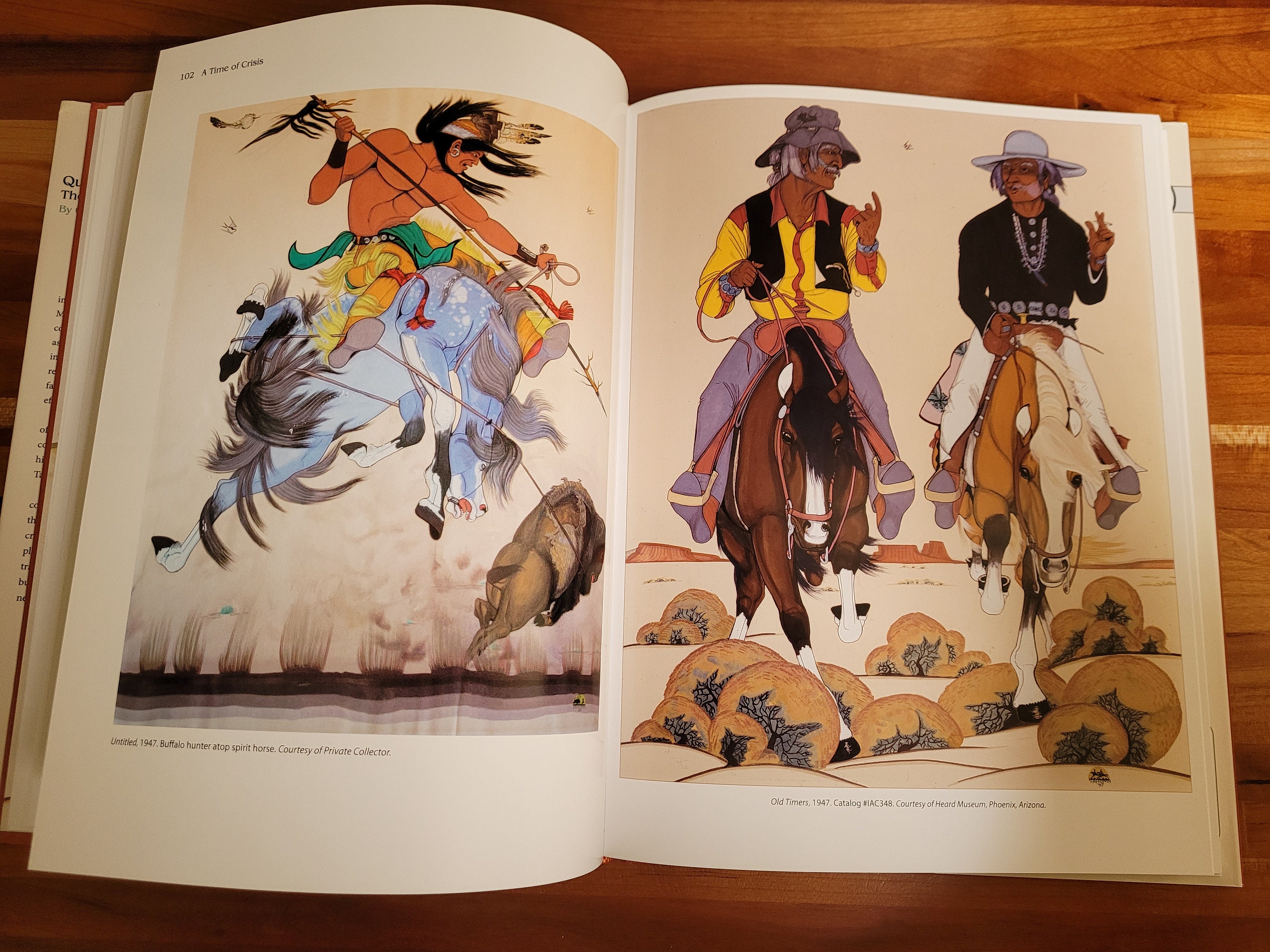 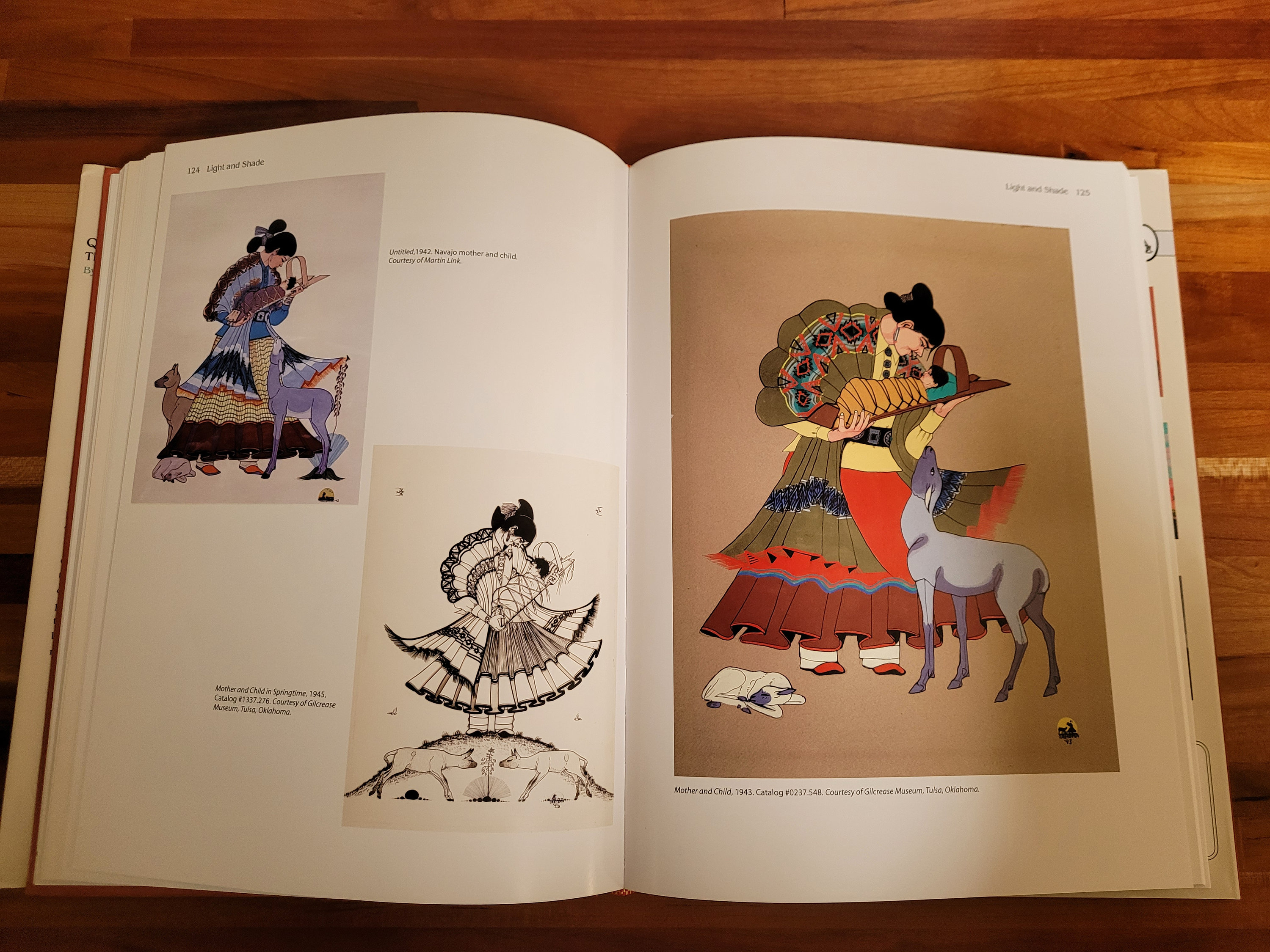 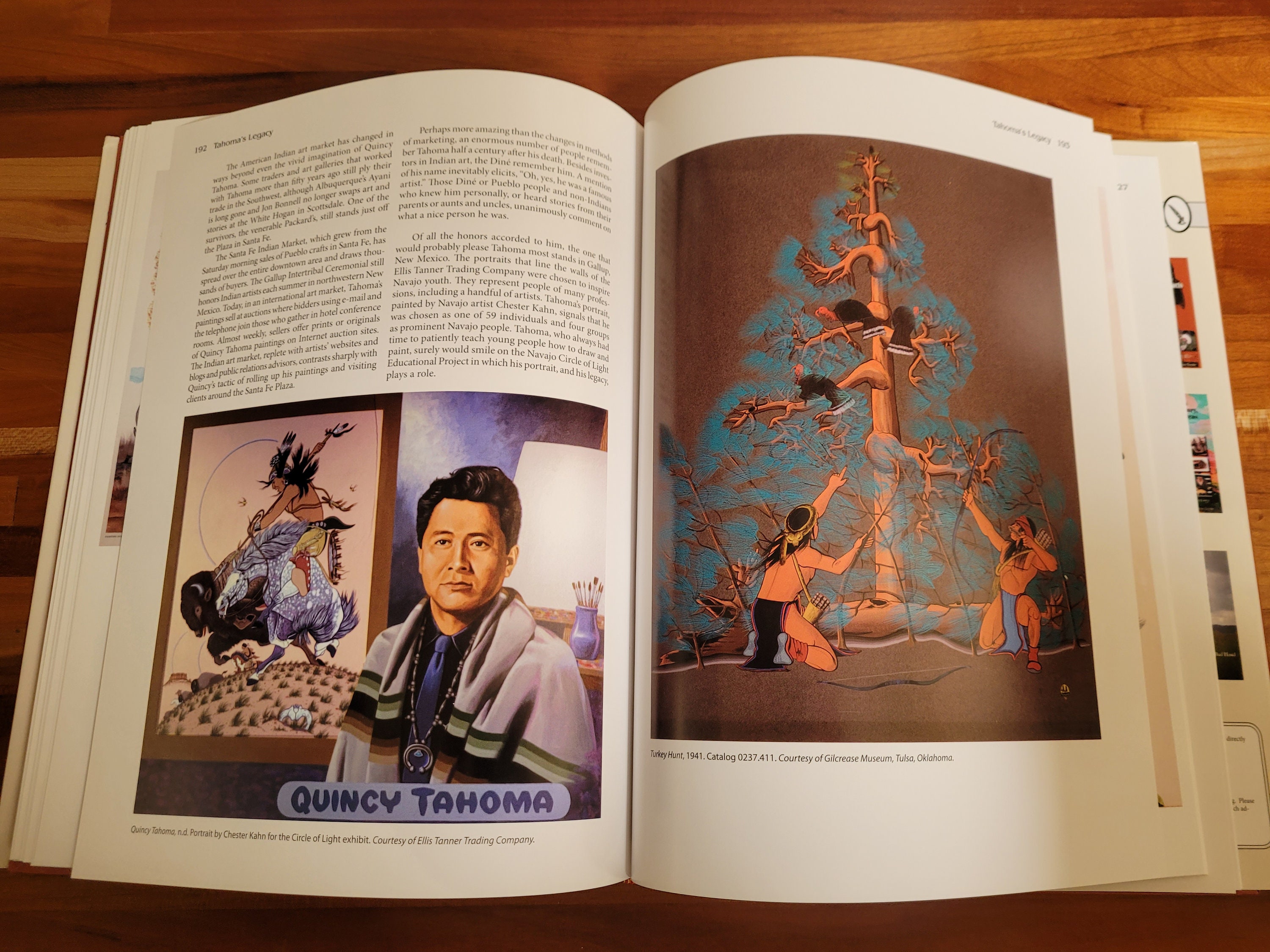 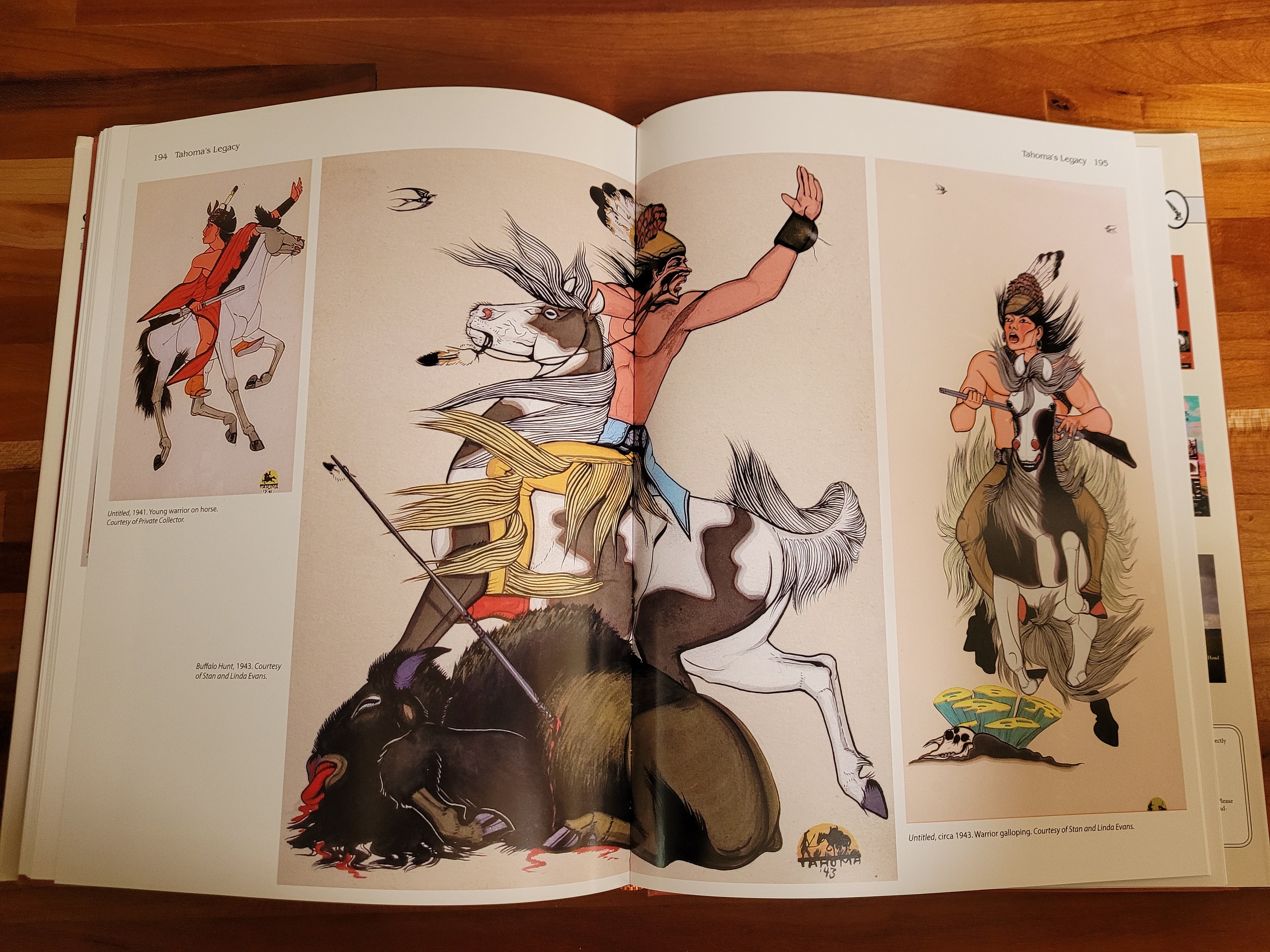 Quincy Tahoma: The Life and Legacy of a Navajo Artist. The authoritative biography of the Navajo painter who was one of the best artists of his era.

"Quincy Tahoma first attended school close to his Arizona home at the Tuba City Day School from September 1926 to May 1928. In October 1929, the Western Navajo Indian Agency assigned Quincy Tahoma (or Tohannie), enumeration number 71,254, to the Albuquerque Indian School. It is not clear why officials made the apparently random assignment of an Arizona Navajo to a school in New Mexico and then quickly moved him to another school. When Tahoma got on the train to New Mexico, he could not have imagined how far from Tuba City he would eventually travel in his life."

"Finally, here is the authoritative biography of the important Navajo painting, Quincy Tahoma (1917 - 1956). More than 260 beautiful full color images of his paintings complement the dramatic story told of his life and career as one of the best artists of his era. Tahoma's life journey includes adoption at an early ag, disappointing love affairs, recognition of his unique talent, and a meteoric rise to fame in the Santa Fe art world followed by the destructive effects of alcoholism.

After more than a decade of research into scant and often erroneous historical documentation, the authors completed this compelling true story by collecting oral histories from more than 50 people, most of whom knew Tahoma personally.

This book includes work from his formative years discovering art at the Santa Fe Indian School, through winning the coveted Philbrook Award as a young adult, to his final creations in the decade that followed. The paintings display the range of the artist's considerable talents, from the tranquil scene of a napping baby antelope to action-packed buffalo hunts. Many of the pieces shown in the book have never before been seen in public."

"We are two curious and stubborn individuals who, having started to learn about Tahoma, would not give up until we could share his life and his art."

Charnell Havens, in Virginia, was an award-winning photographer and real estate agent, a second career after more than forty years in management and management consulting.

Vera Marie Badertscher, in Tucson, was a freelance writer who specializes in travel and lifestyle articles. Her work has been published in Arizona Highways, National Geographic, and many other publications.

The co-authors are graduates of THE Ohio State University.