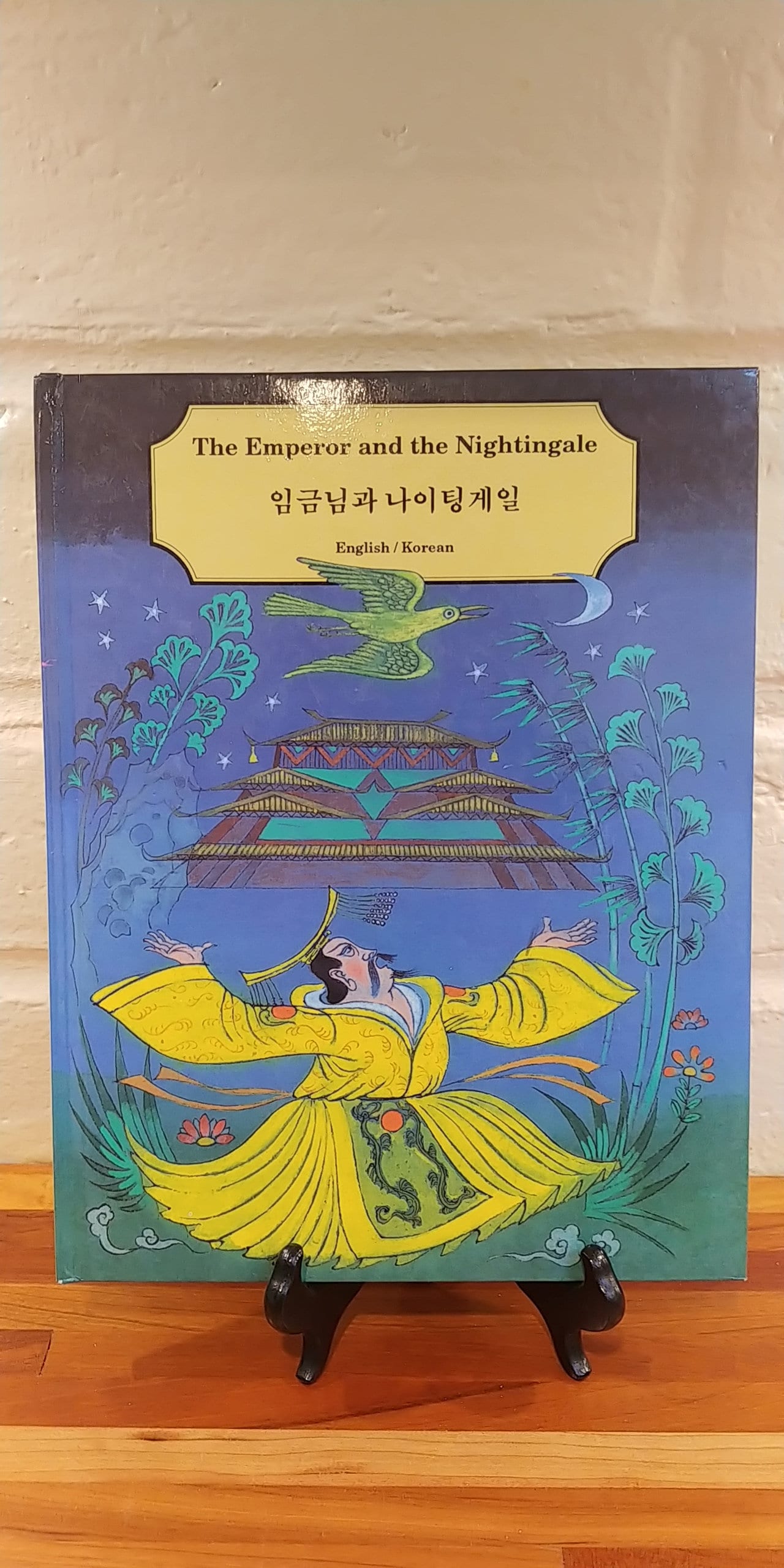 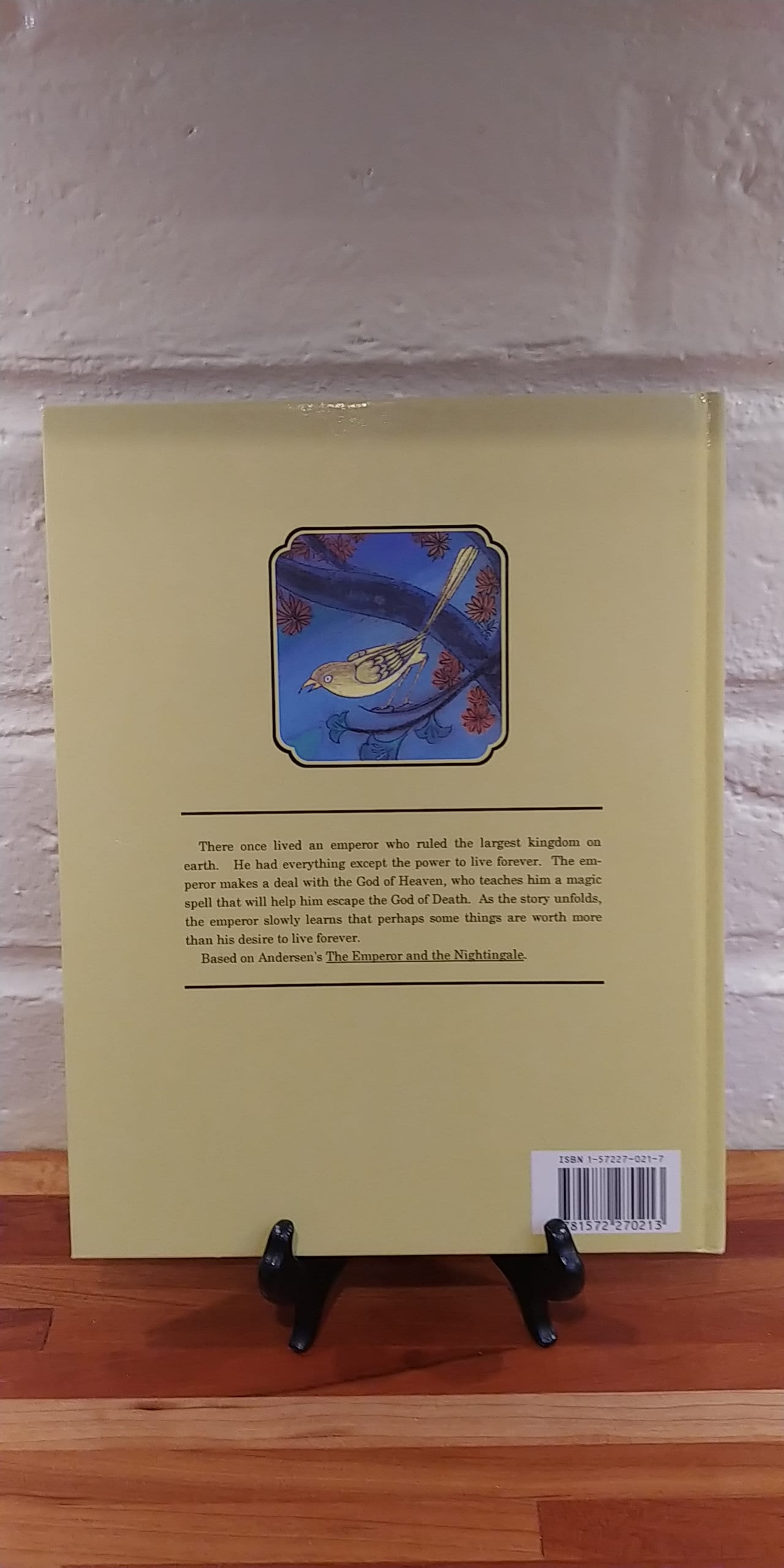 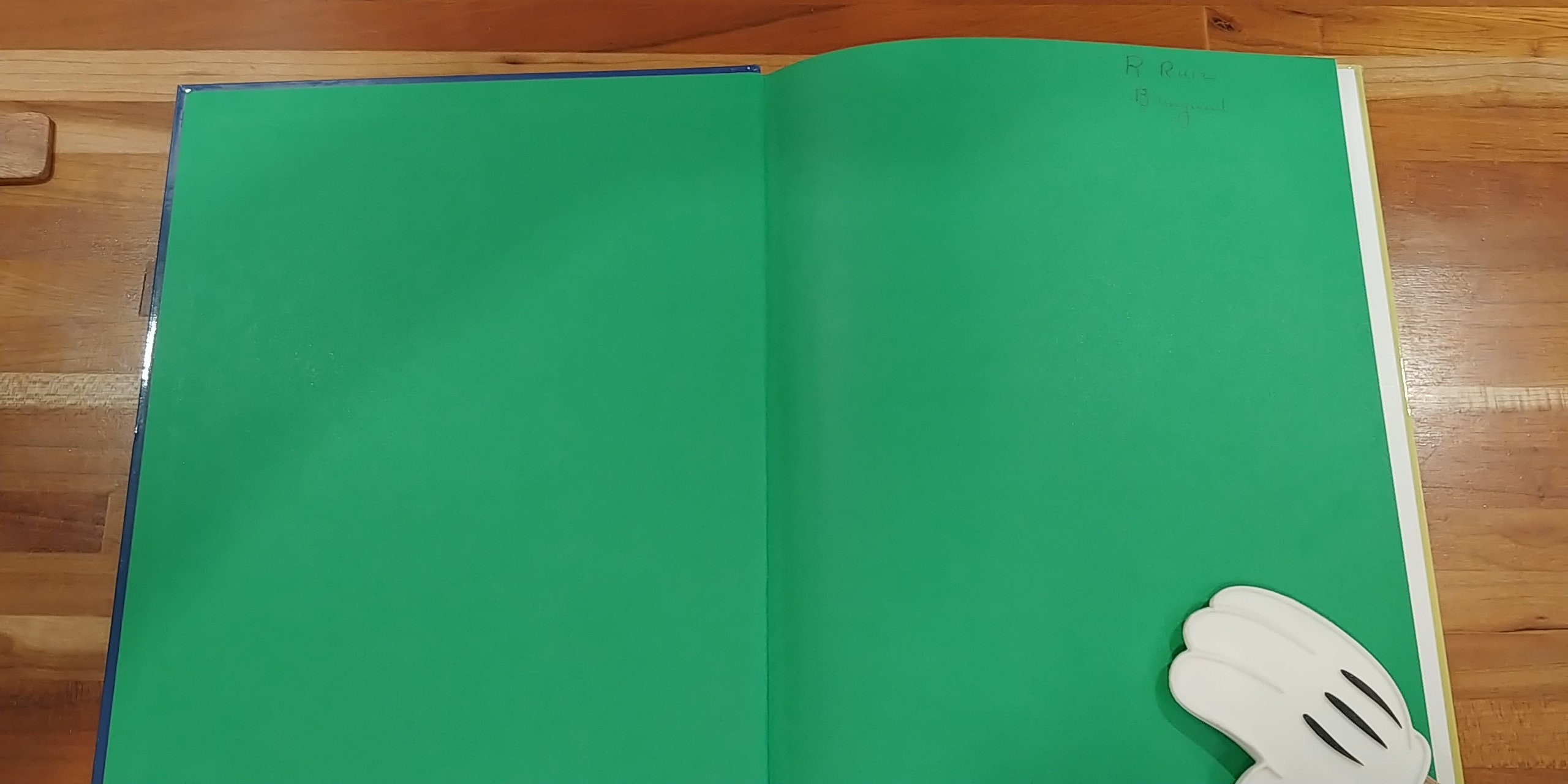 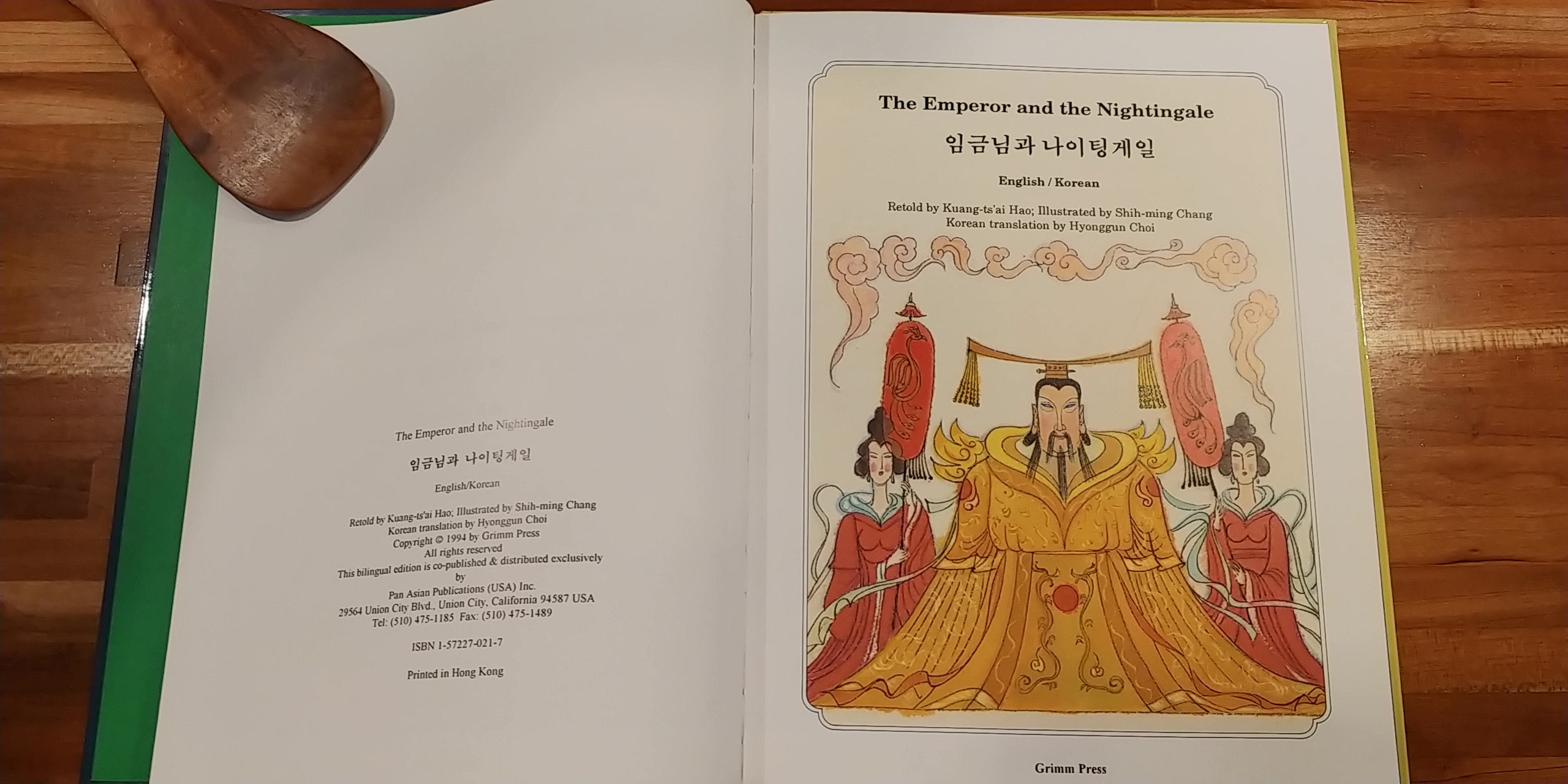 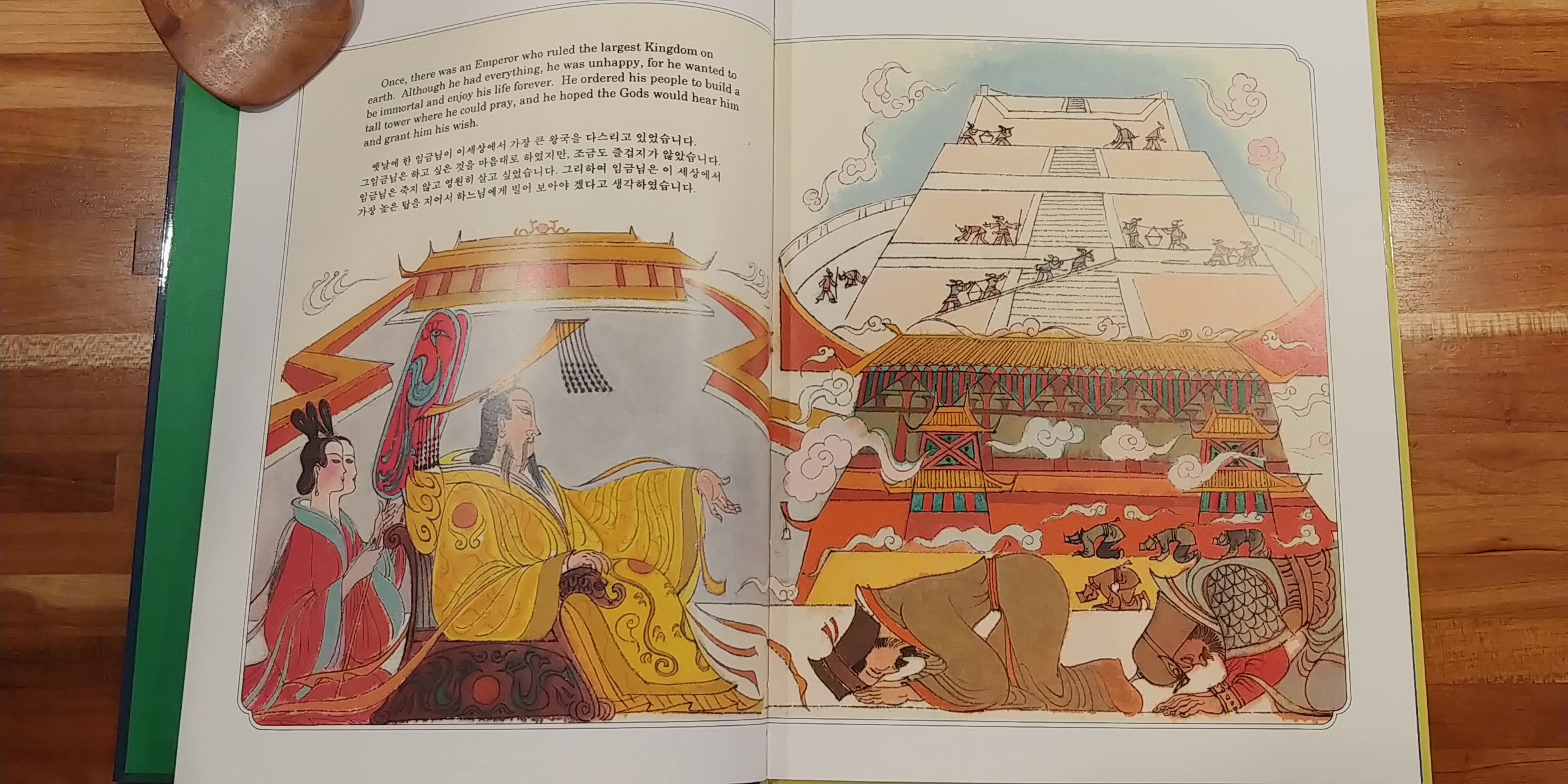 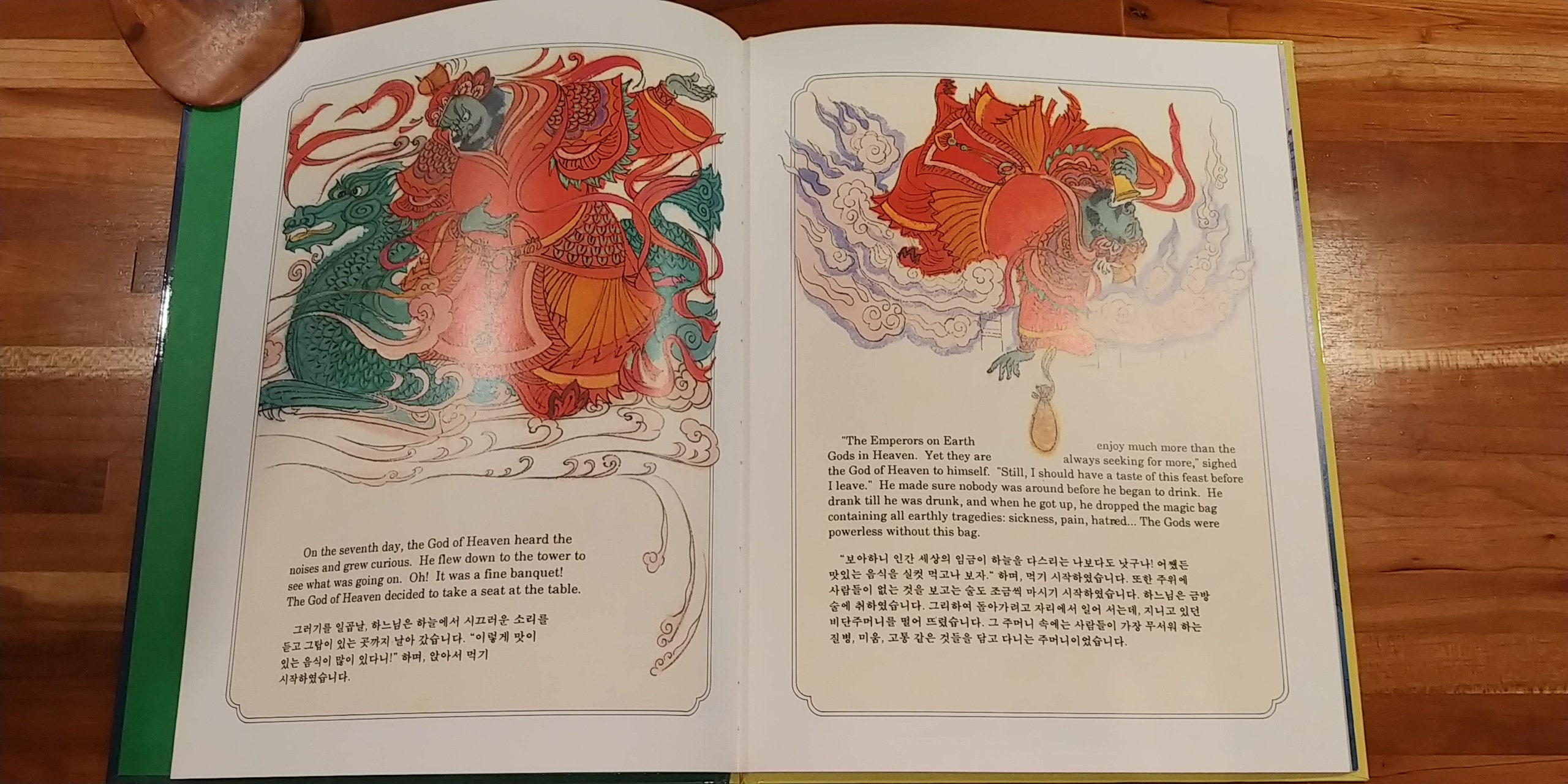 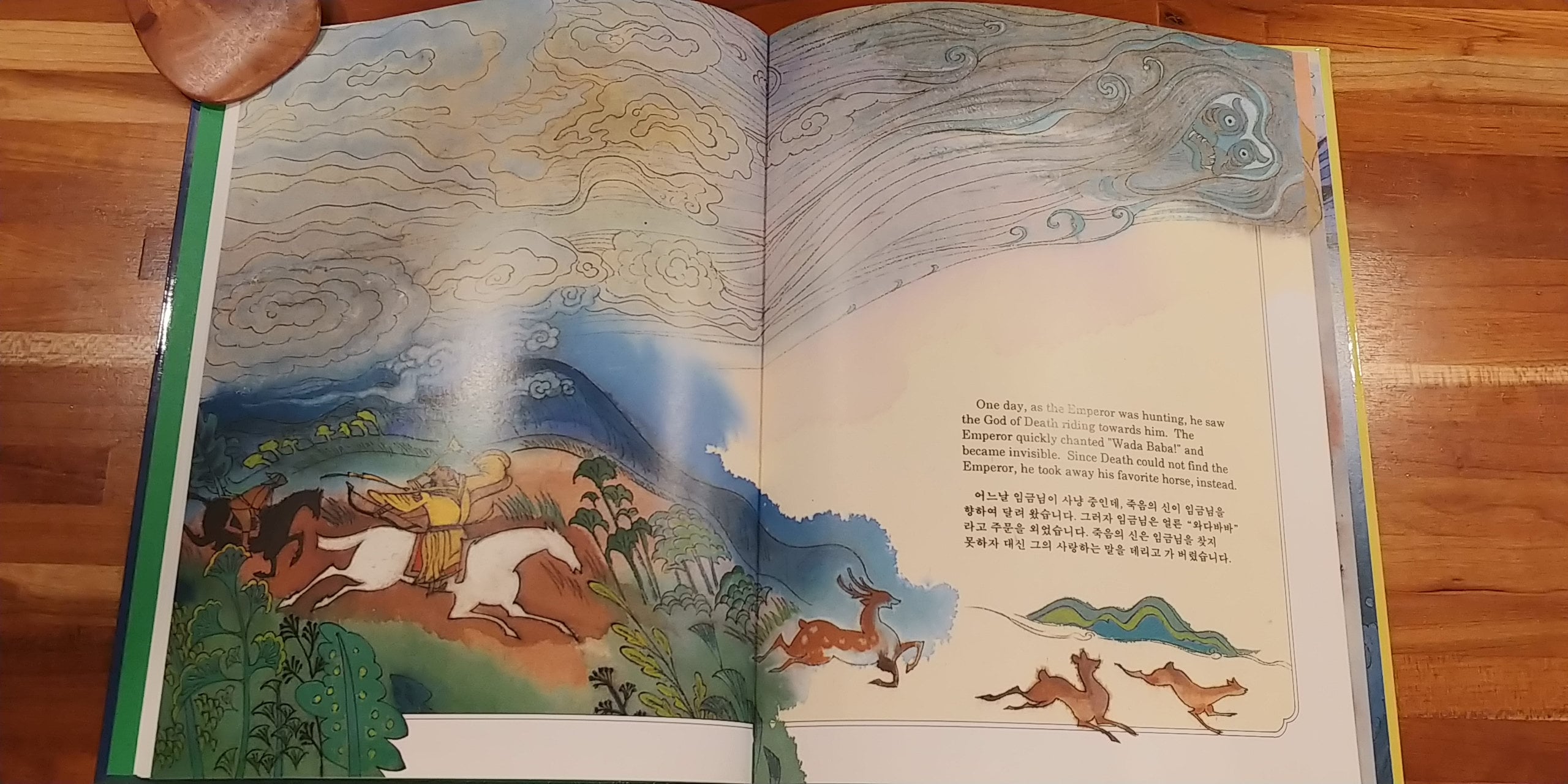 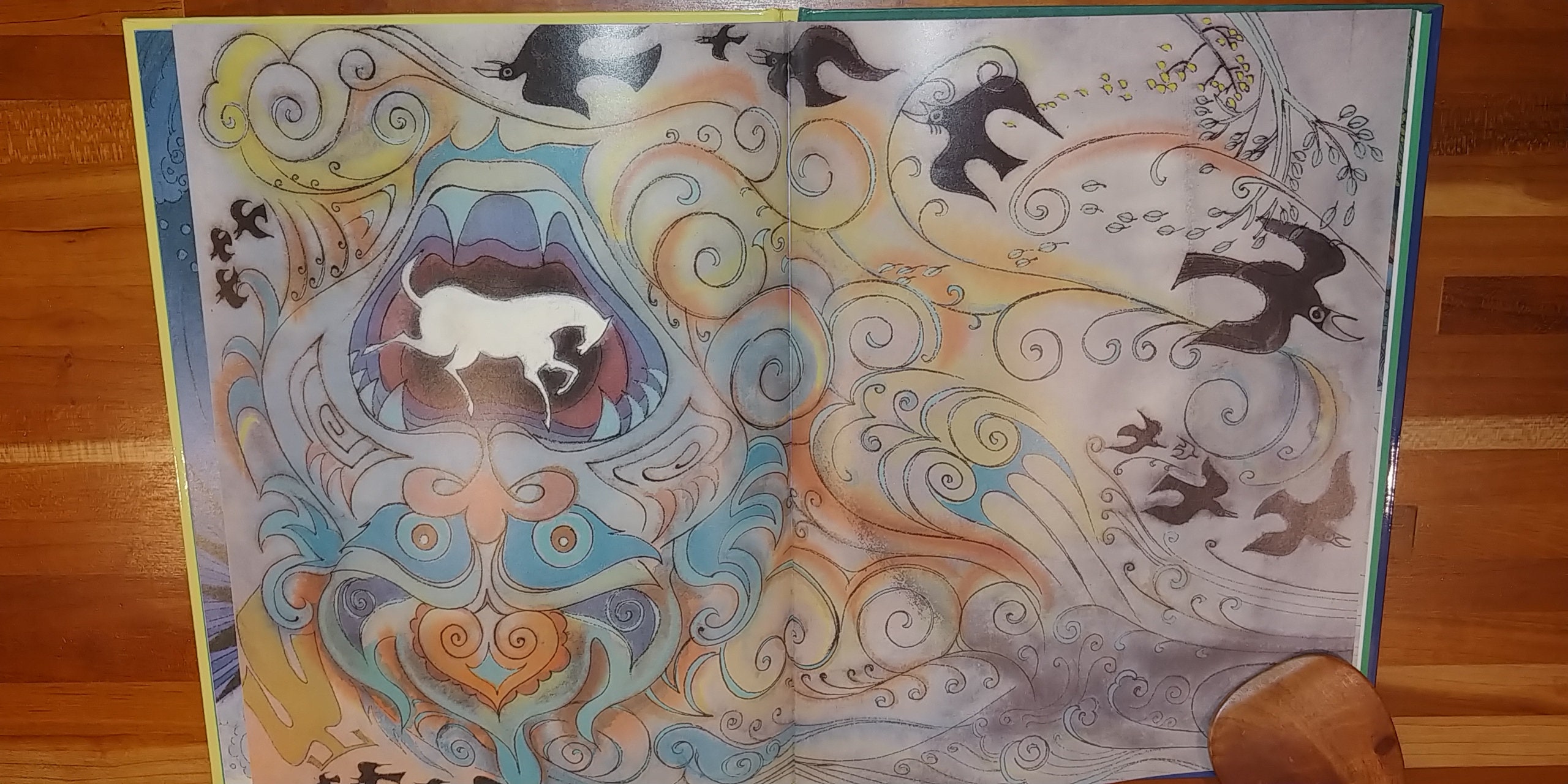 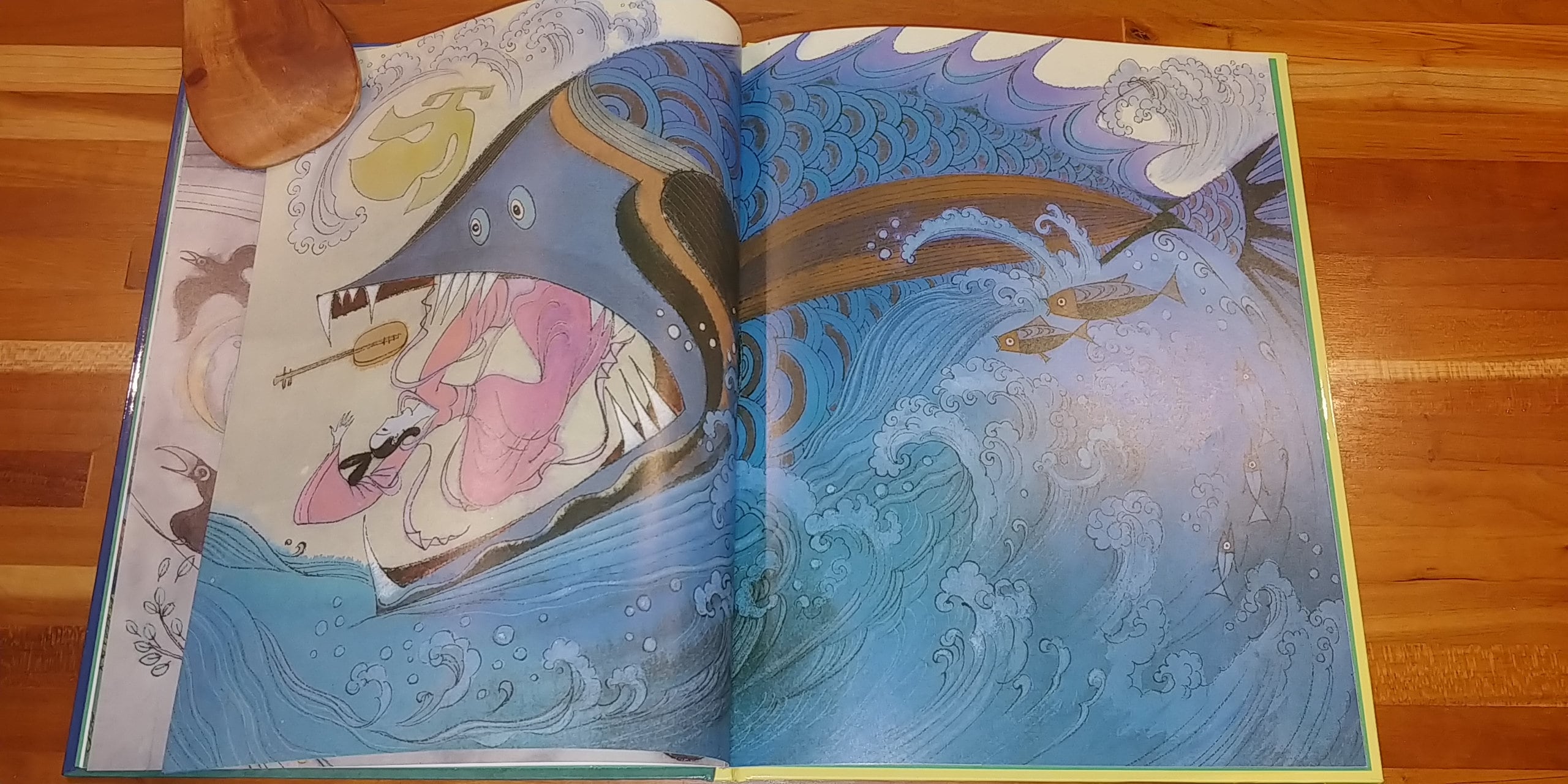 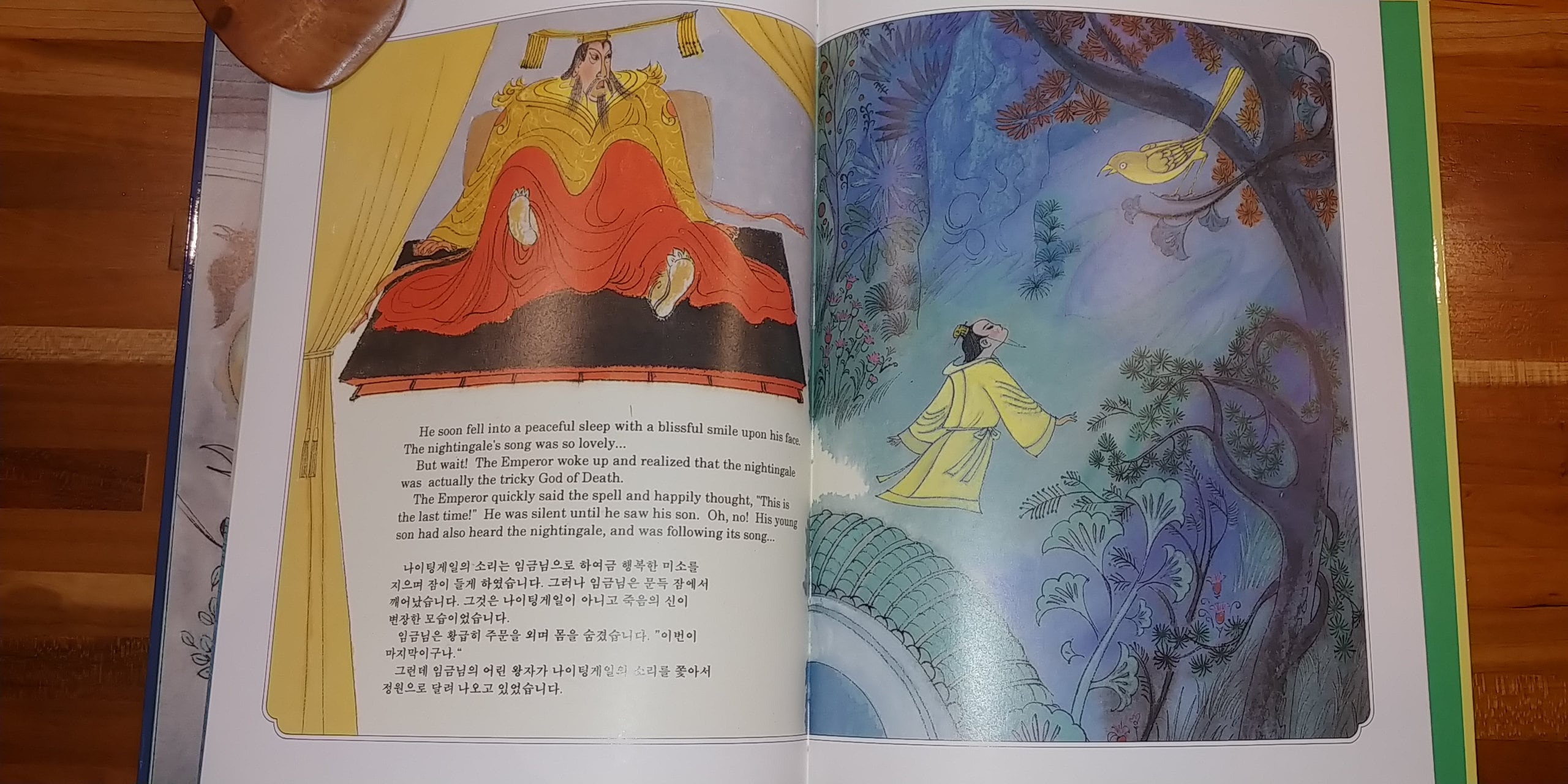 1994 bilingual English/Korean edition of The Emperor and the Nightingale, beautifully illustrated by Shih-ming Chang.

The Emperor and the Nightingale

"Once, there was an Emperor who ruled the largest Kingdom on earth. Although he had everything, he was unhappy, for he wanted to be immortal and enjoy his life forever. He ordered his people to build a tall tower where he could pray, and he hoped the Gods would hear him and grant him his wish.

The people worked hard day and night. At last, after three years, the tower was built. The Emperor held a banquet at the tower and ordered the best food and wines, and offered glittering jewels to the gods.

Everyone in the kingdom came to pray, sing, eat and drink. The banquet went on for seven loud, cheerful days.

On the seventh day, the God of Heaven heard the noises and grew curious. He flew down to the tower to see what was going on. Oh! It was a fine banquet! The God of Heaven decided to take a seat at the table.

"The Emperors on Earth enjoy much more than the Gods in Heaven. Yet they are always seeking for more," sighed the God of Heaven to himself. "Still, I should have a taste of this feast before I leave." He made sure nobody was around before he began to drink. He drank till he was drunk, and when he got up, he dropped the magic bag containing all earthly tragedies: sickness, pain, hatred... The Gods were powerless without this bag."

The Emperor learns what is truly important, but also, to be very careful of what one wishes for.

The author of "The Emperor and the Nightingale", an English/Korean bilingual edition, borrowed from Hans Christian Andersen's "The Nightingale" but the two stories are quite different.