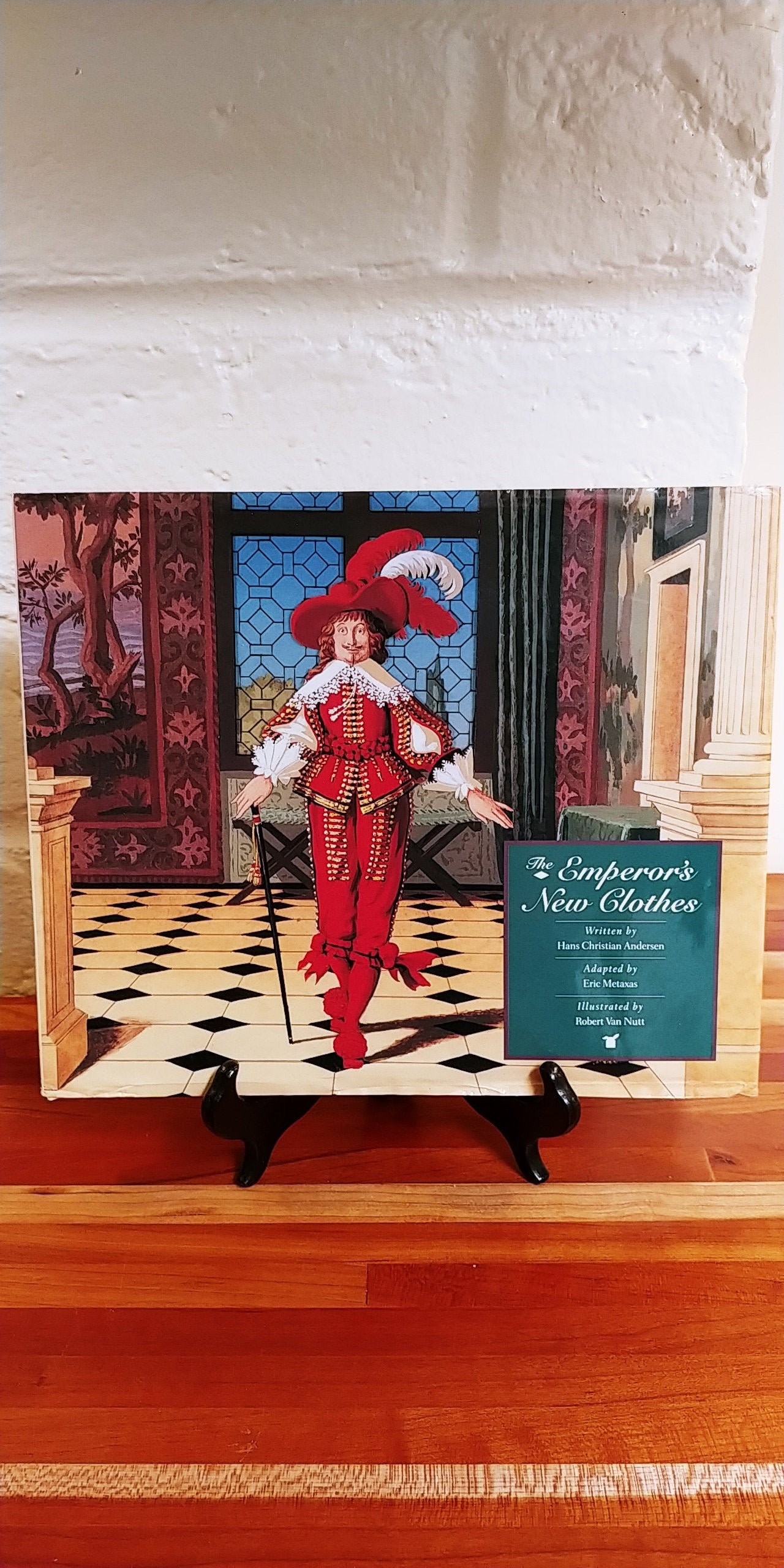 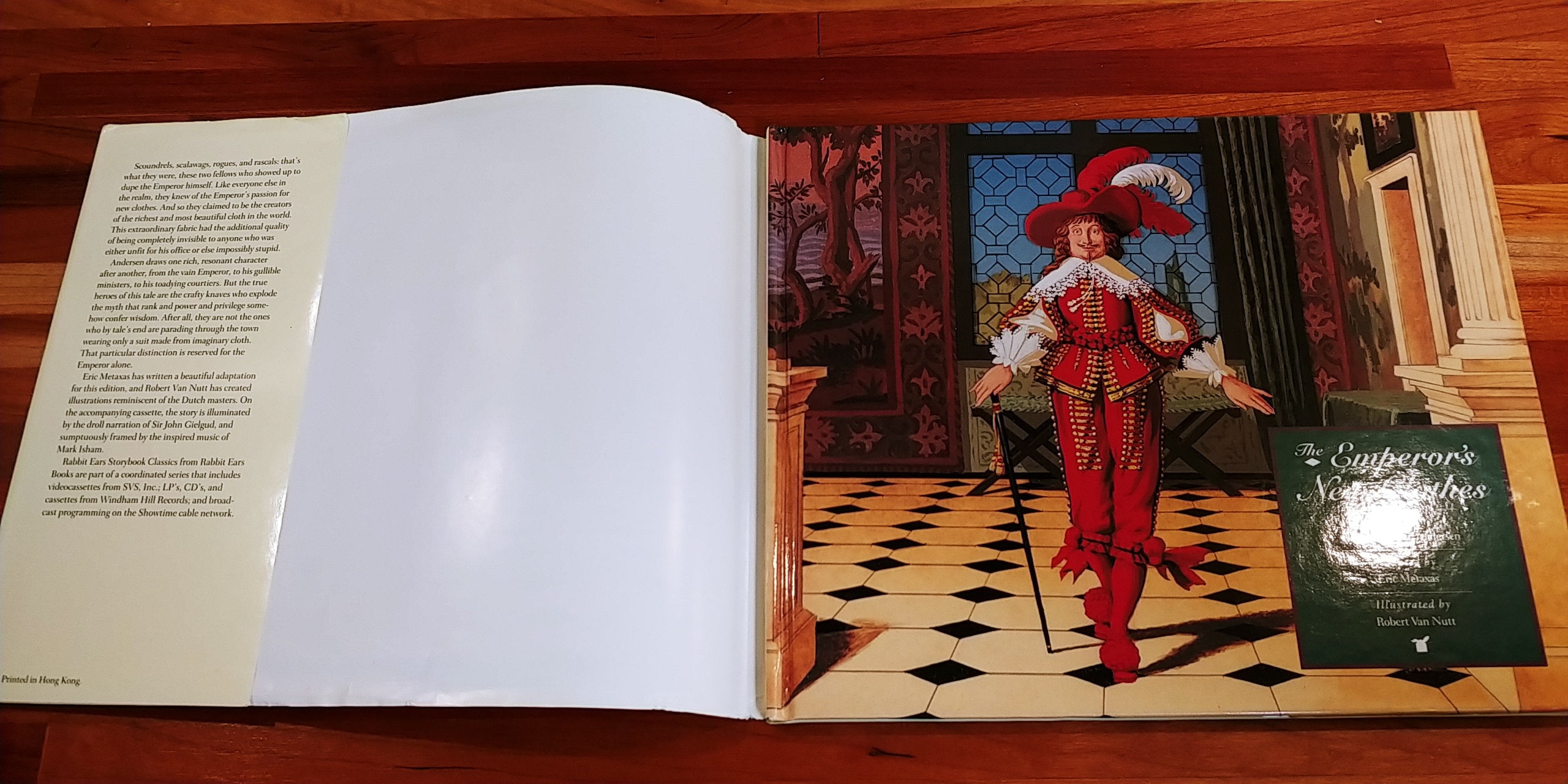 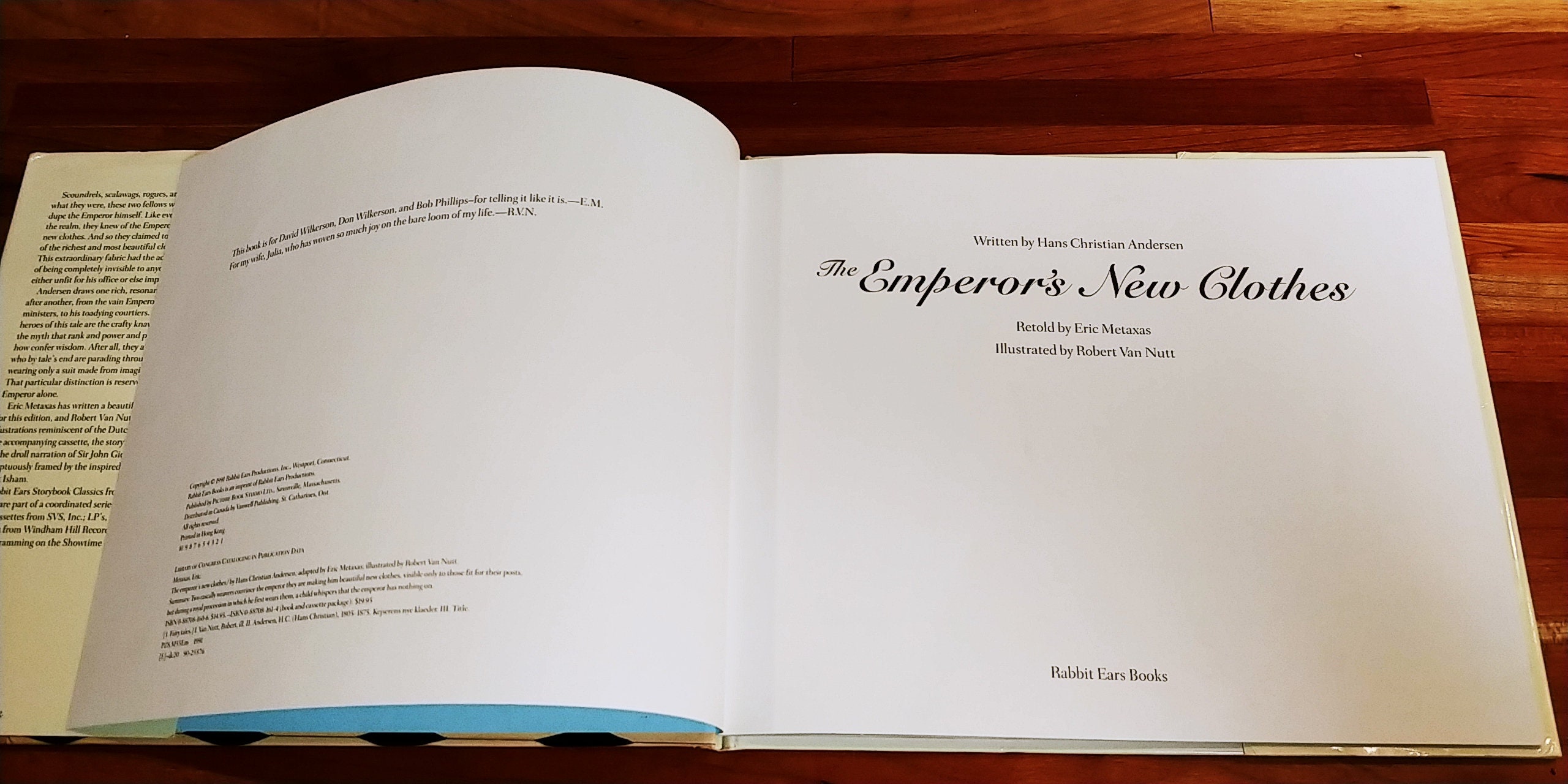 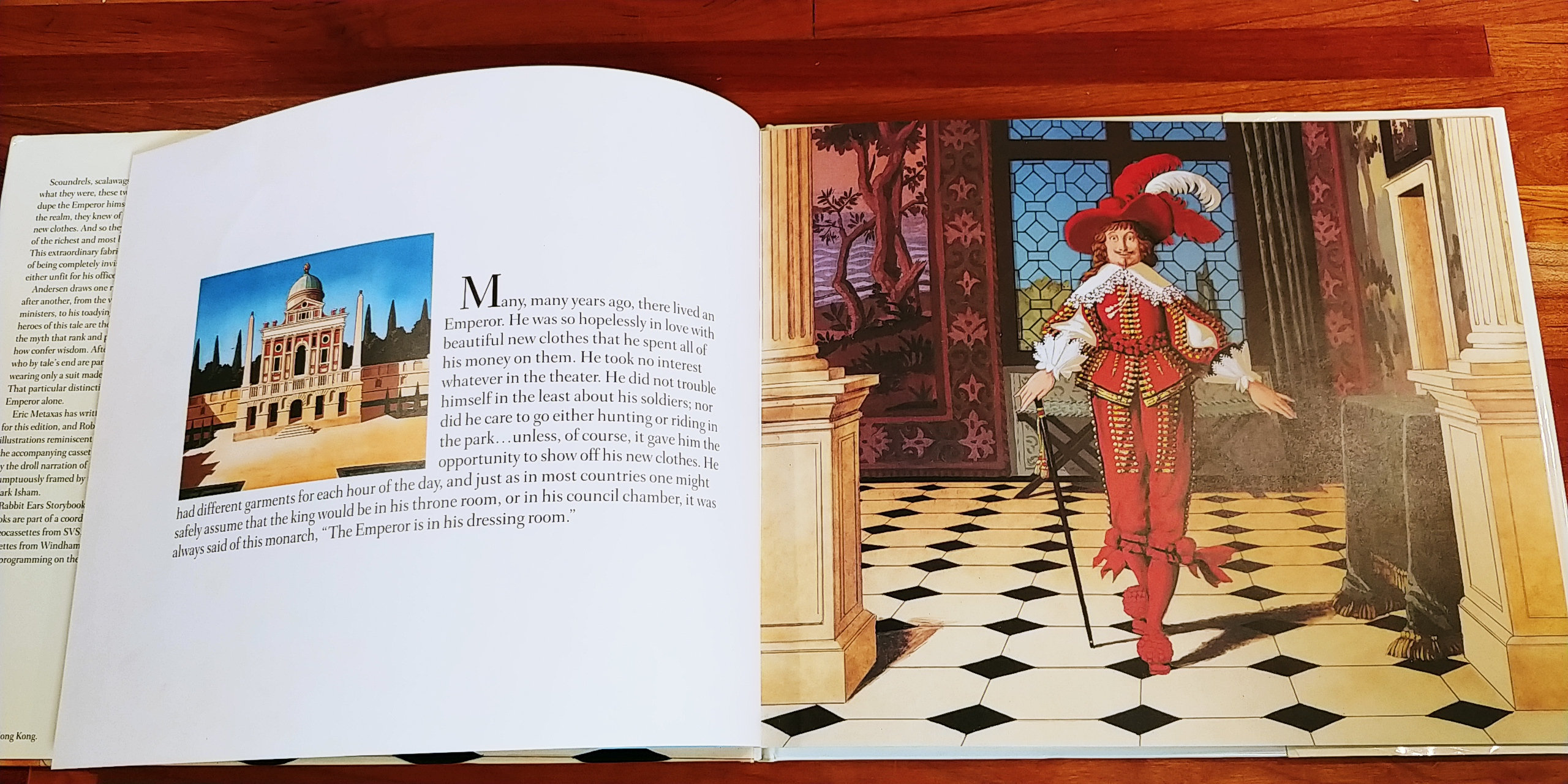 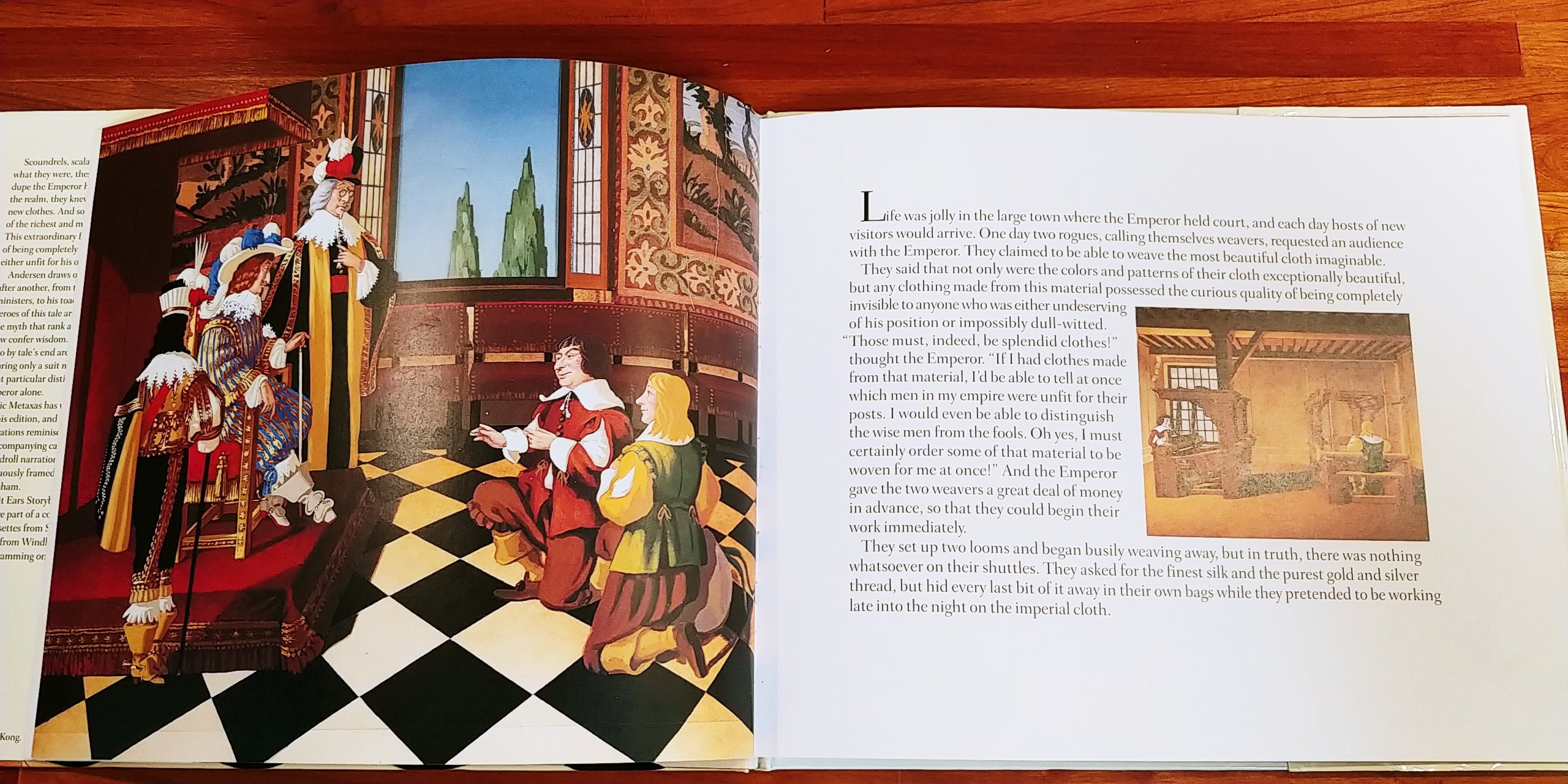 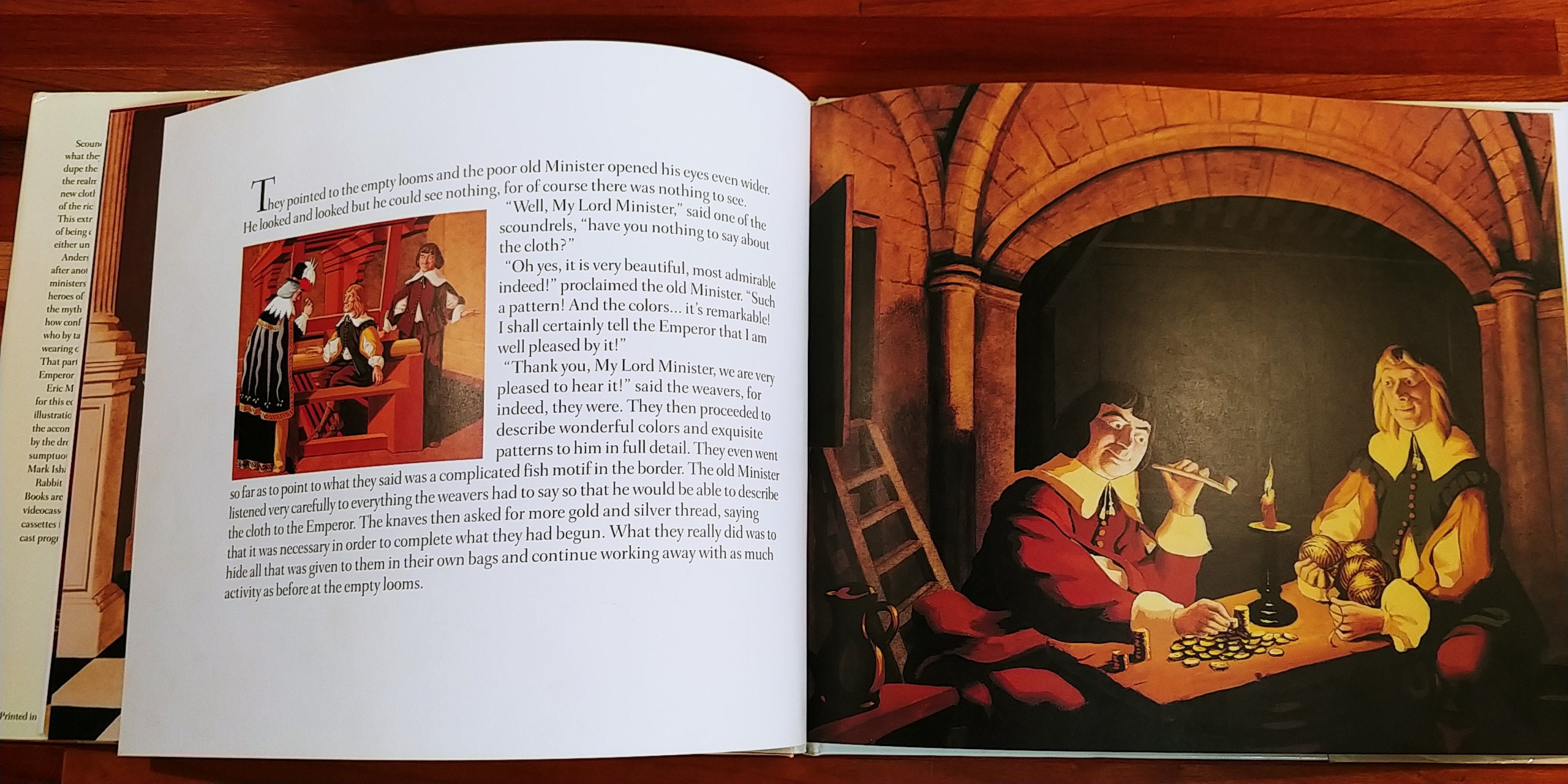 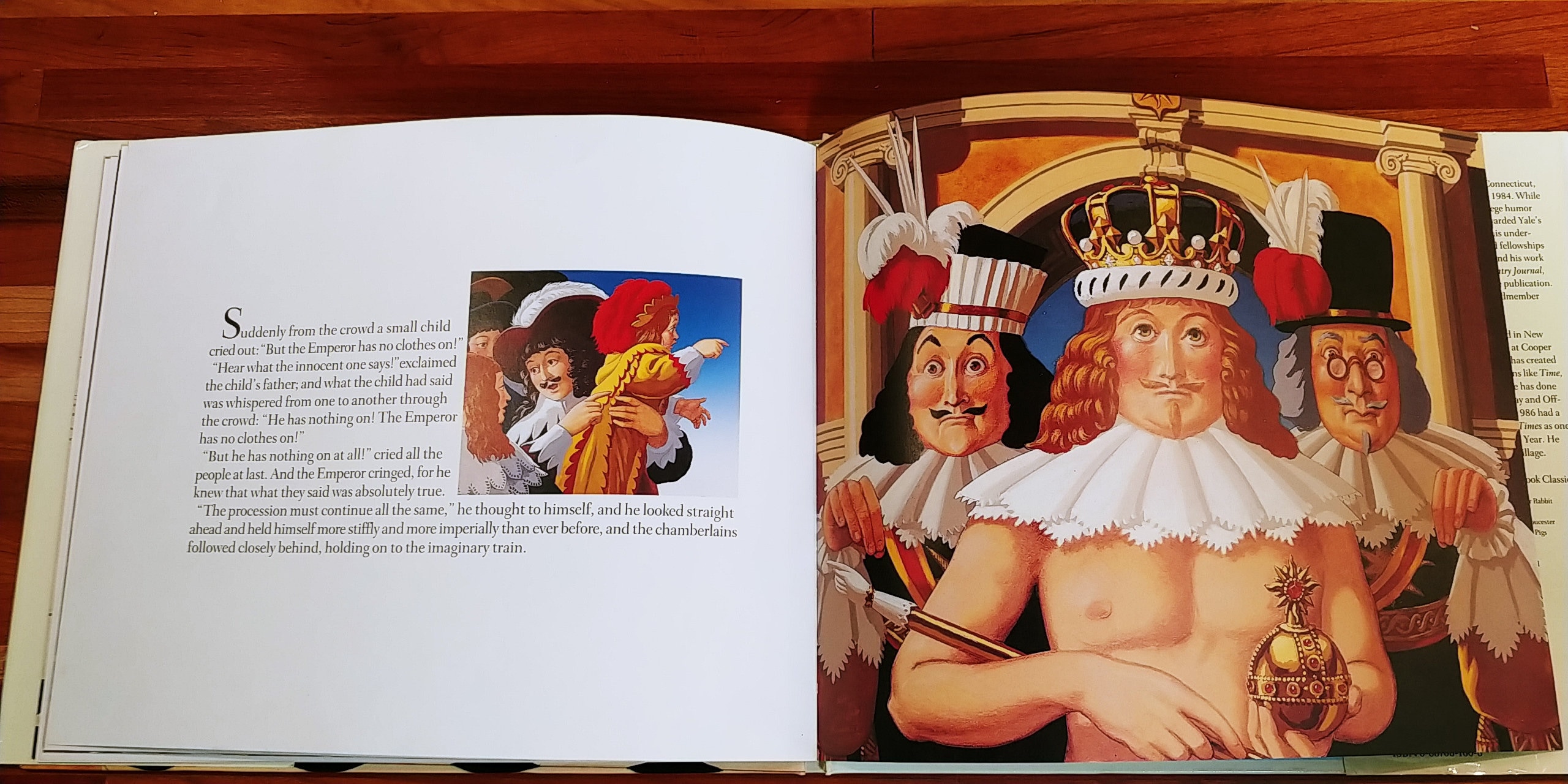 FRONT FLAP
"Scoundrels, scalawags, rogues, and rascals: that's what they were, these two fellows who showed up to dupe the Emperor himself. Like everyone else in the realm, they knew of the Emperor's passion for new clothes. And so they claimed to be the creators of the richest and most beautiful cloth in the world. This extraordinary fabric had the additional quality of being completely invisible to anyone who was either unfit for his office or else impossibly stupid."

"Many, many years ago, there lived an Emperor. He was so hopelessly in love with beautiful new clothes that he spent all of his money on them. He took no interest whatever in the theater. He did not trouble himself in the least about his soldiers, nor did he care to go either hunting or riding in the park...unless, of course, it gave him the opportunity to show off his new clothes. He had different garments for each hour of the day, and just as in most countries one might safely assume that the king would be in his throne room, or in his council chamber, it was always said of this monarch, "The Emperor is in his dressing room."