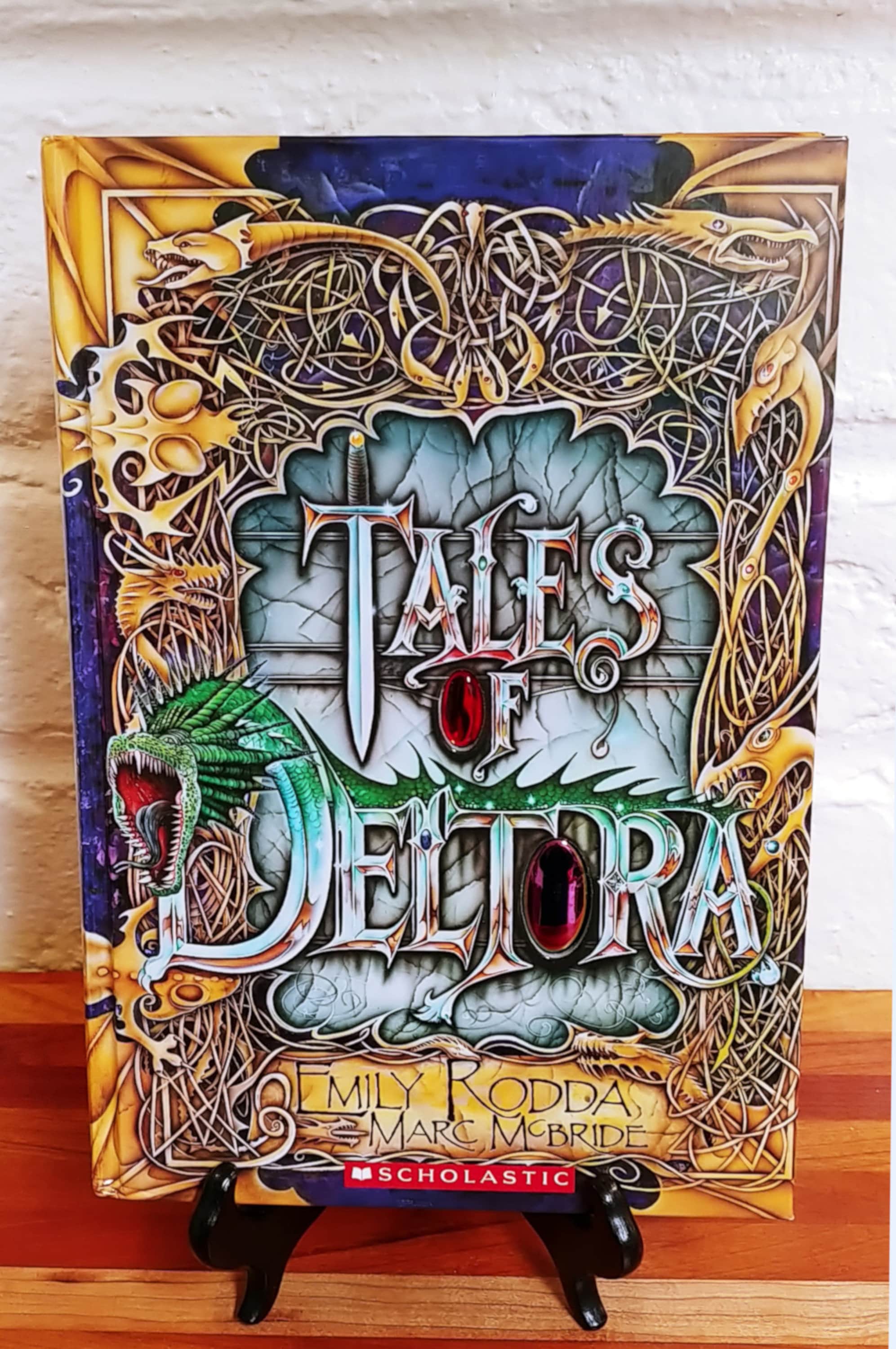 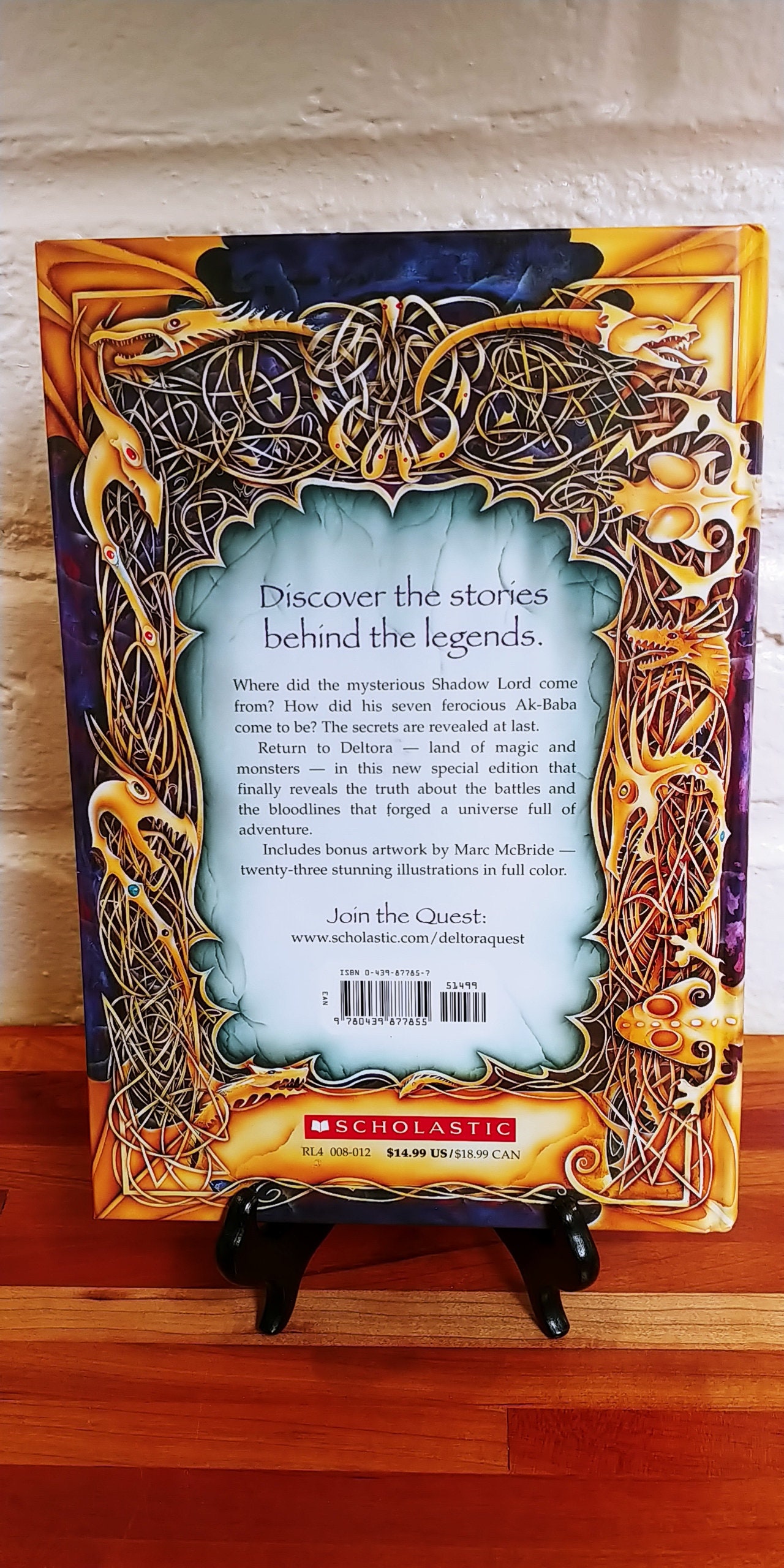 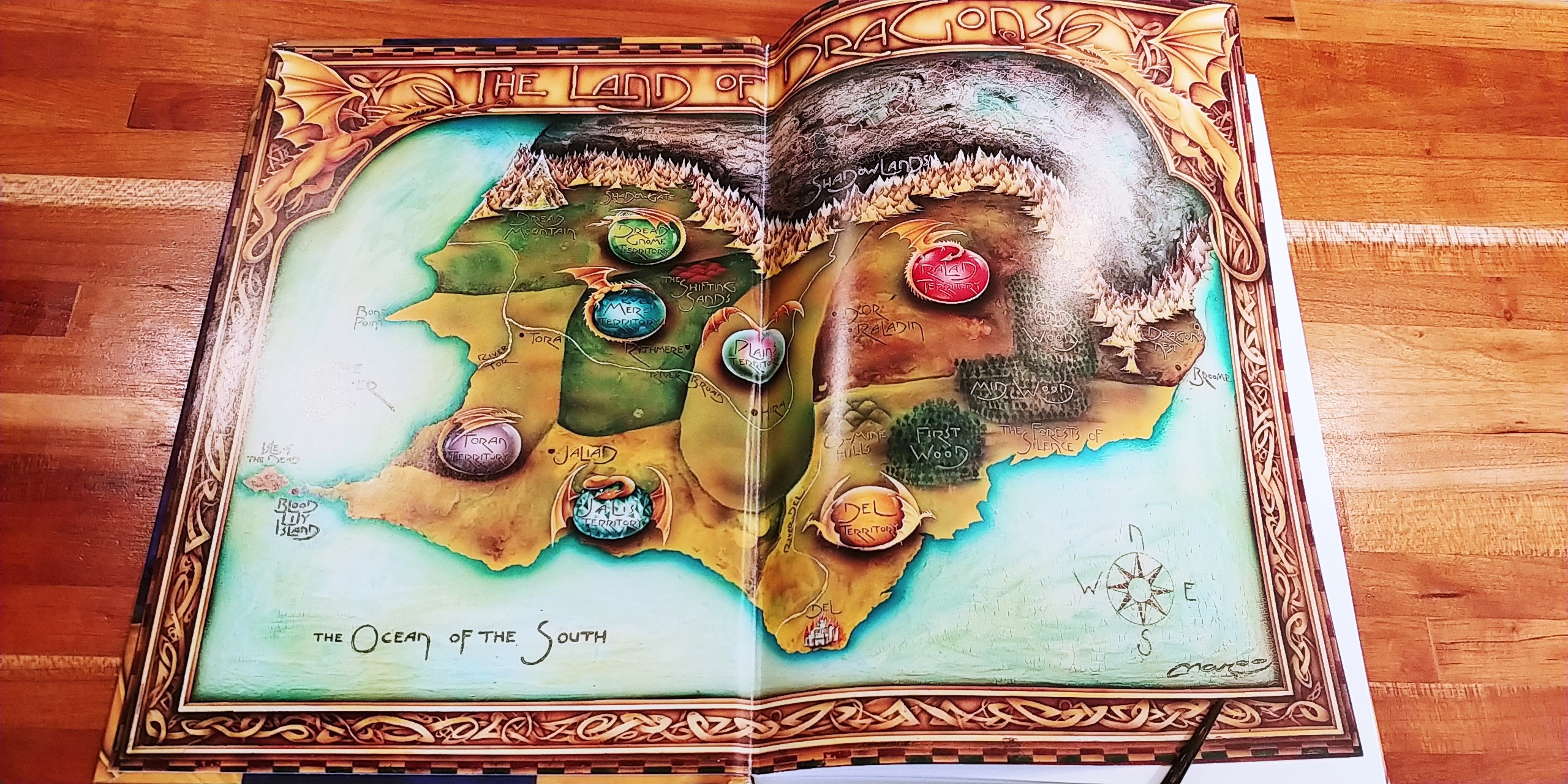 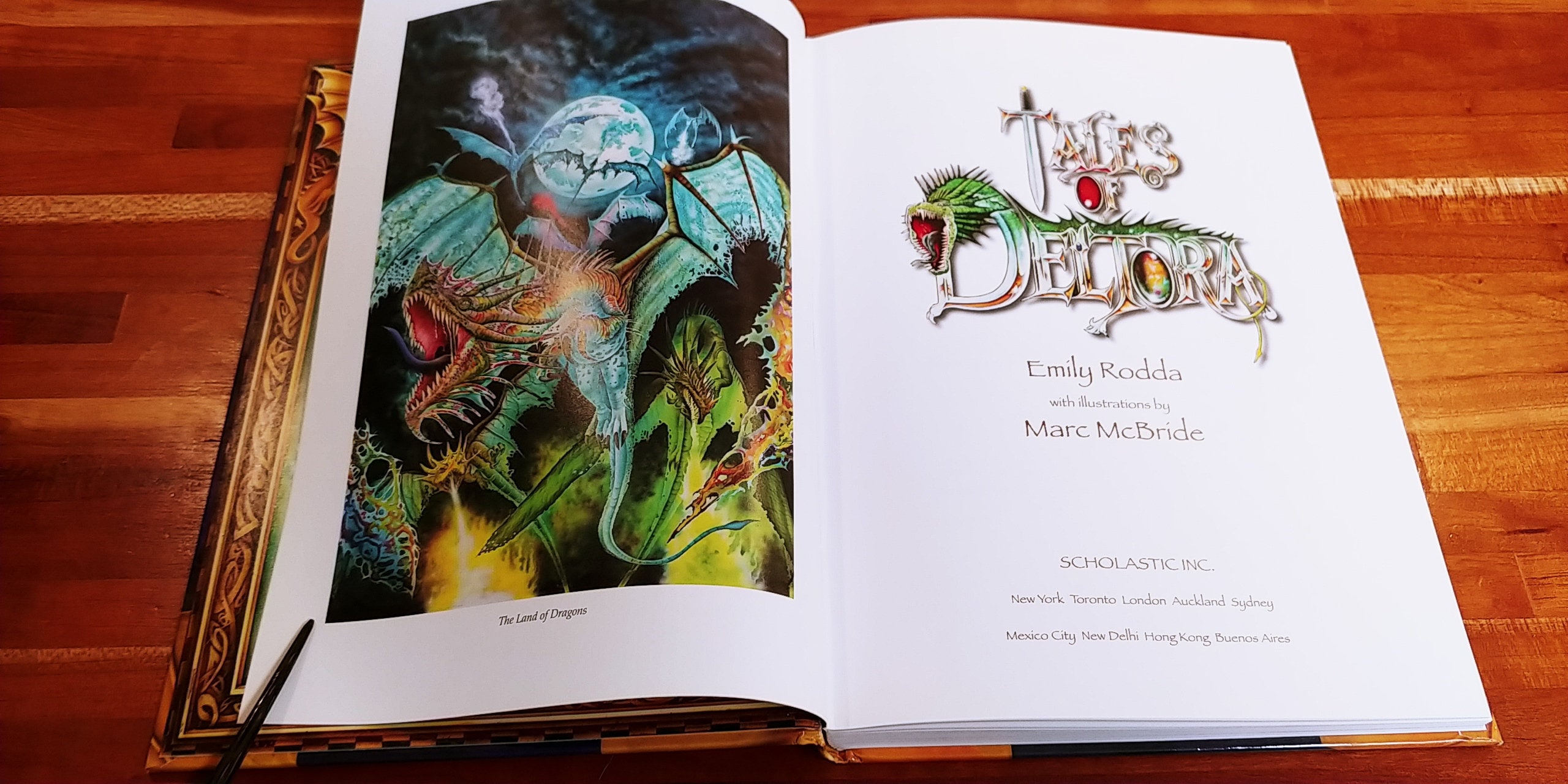 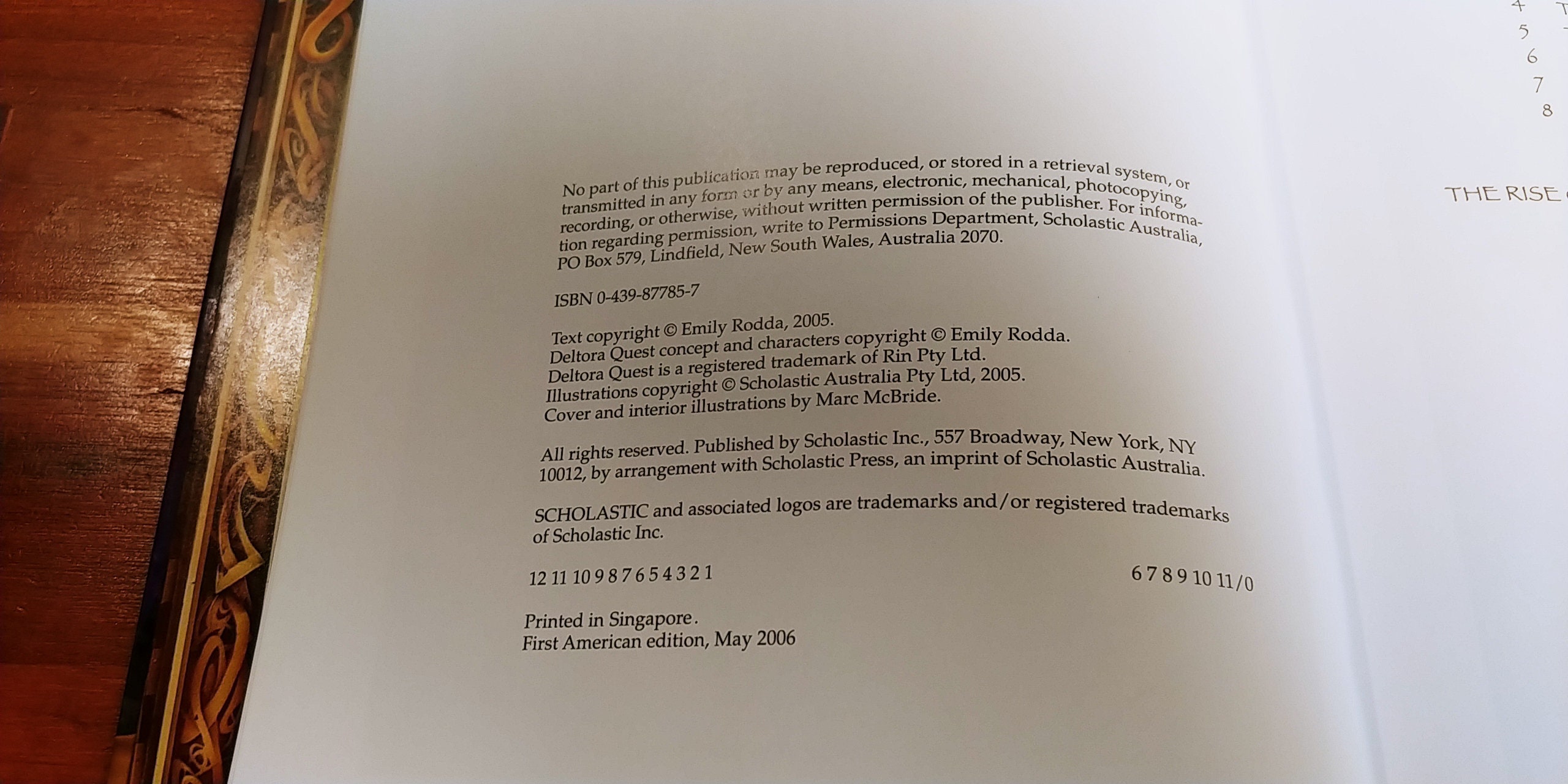 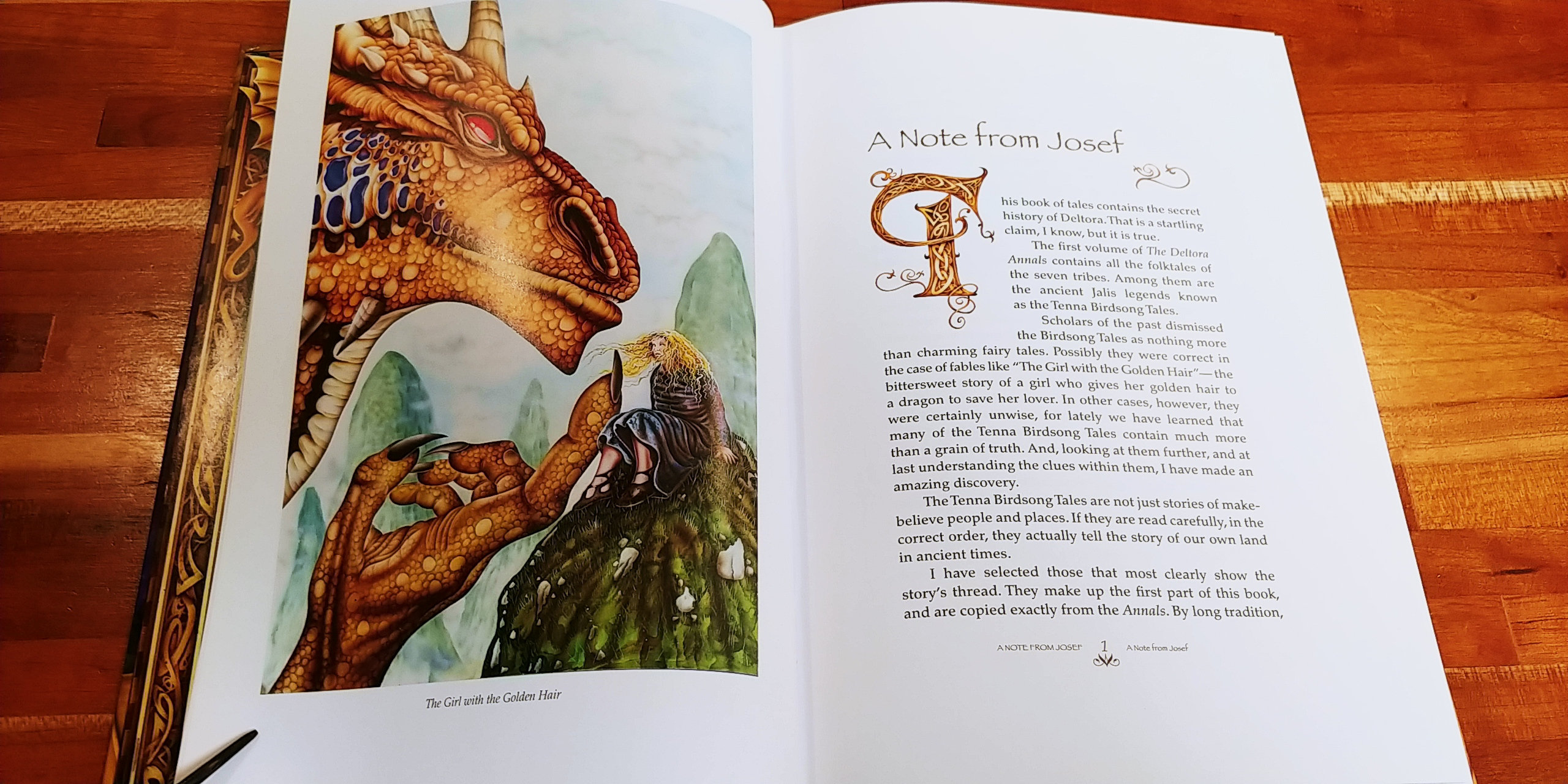 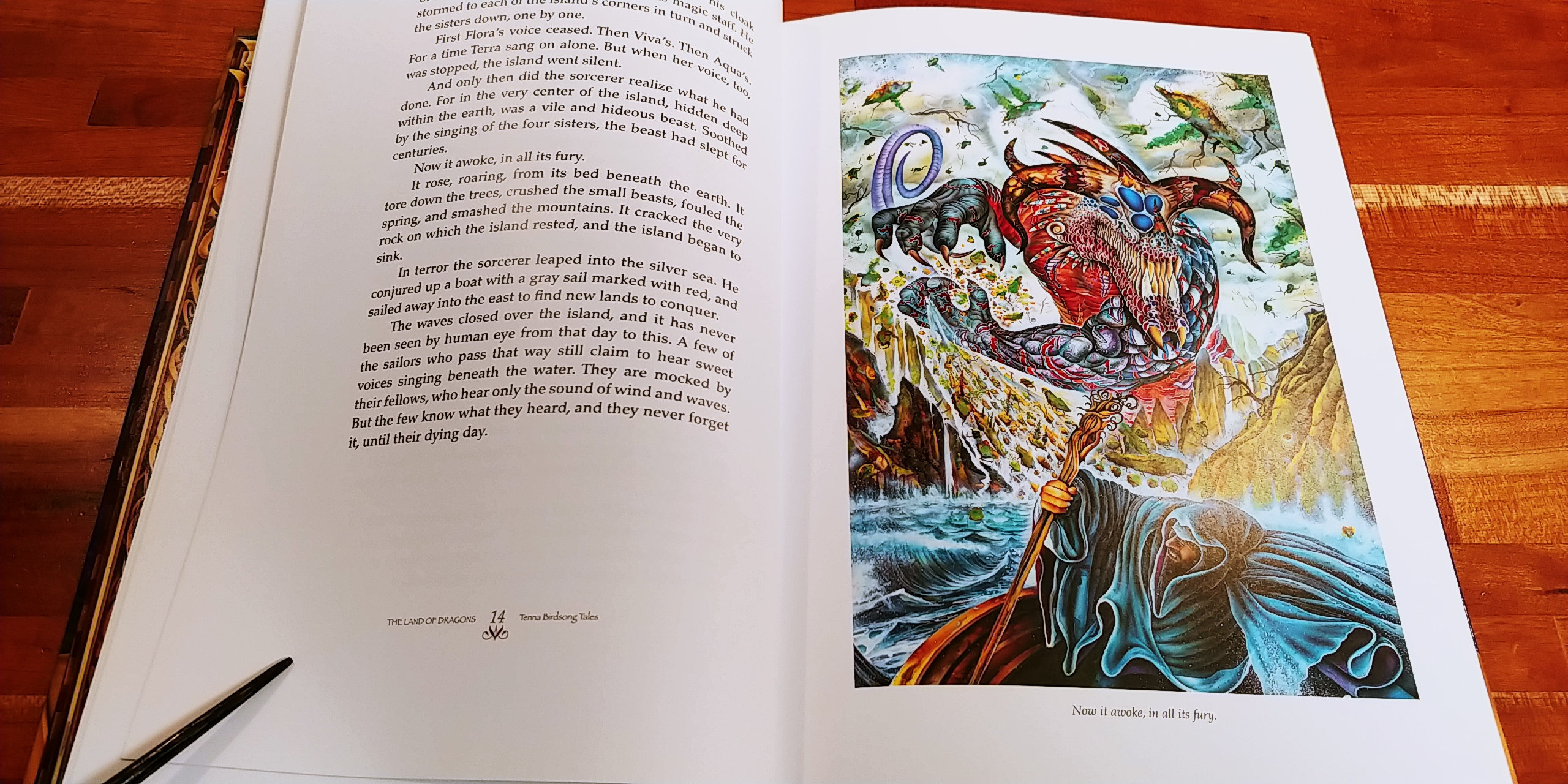 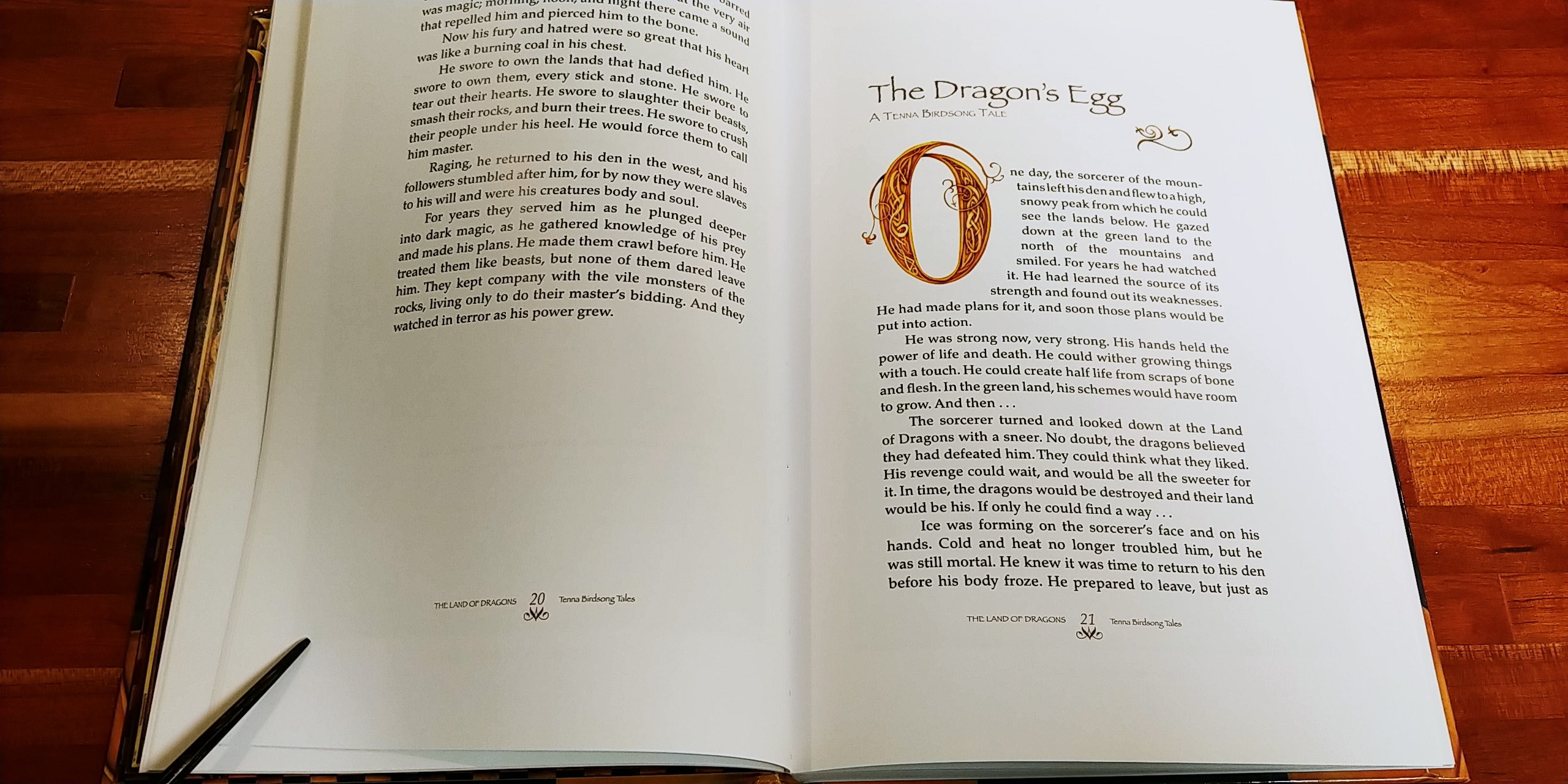 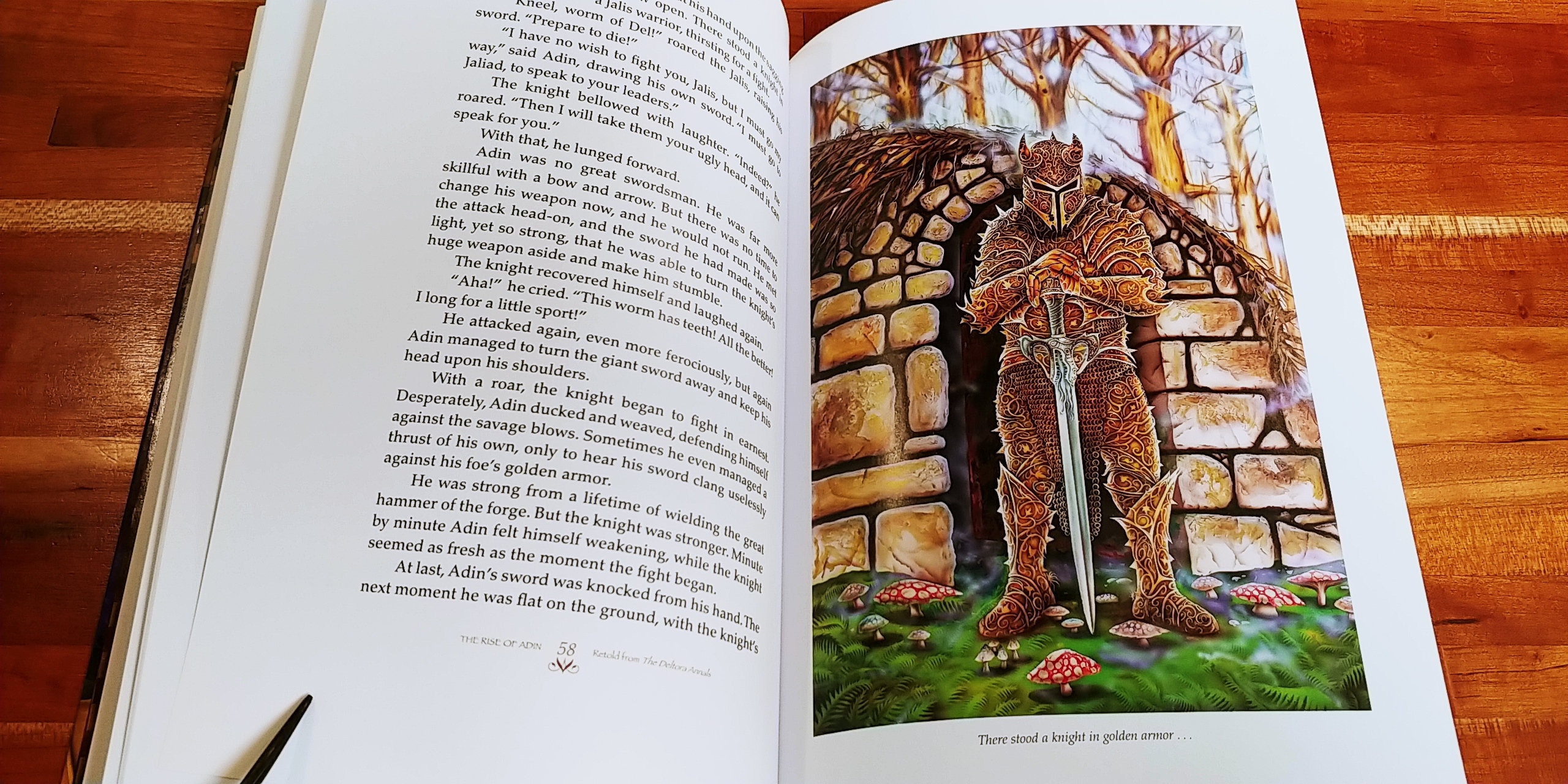 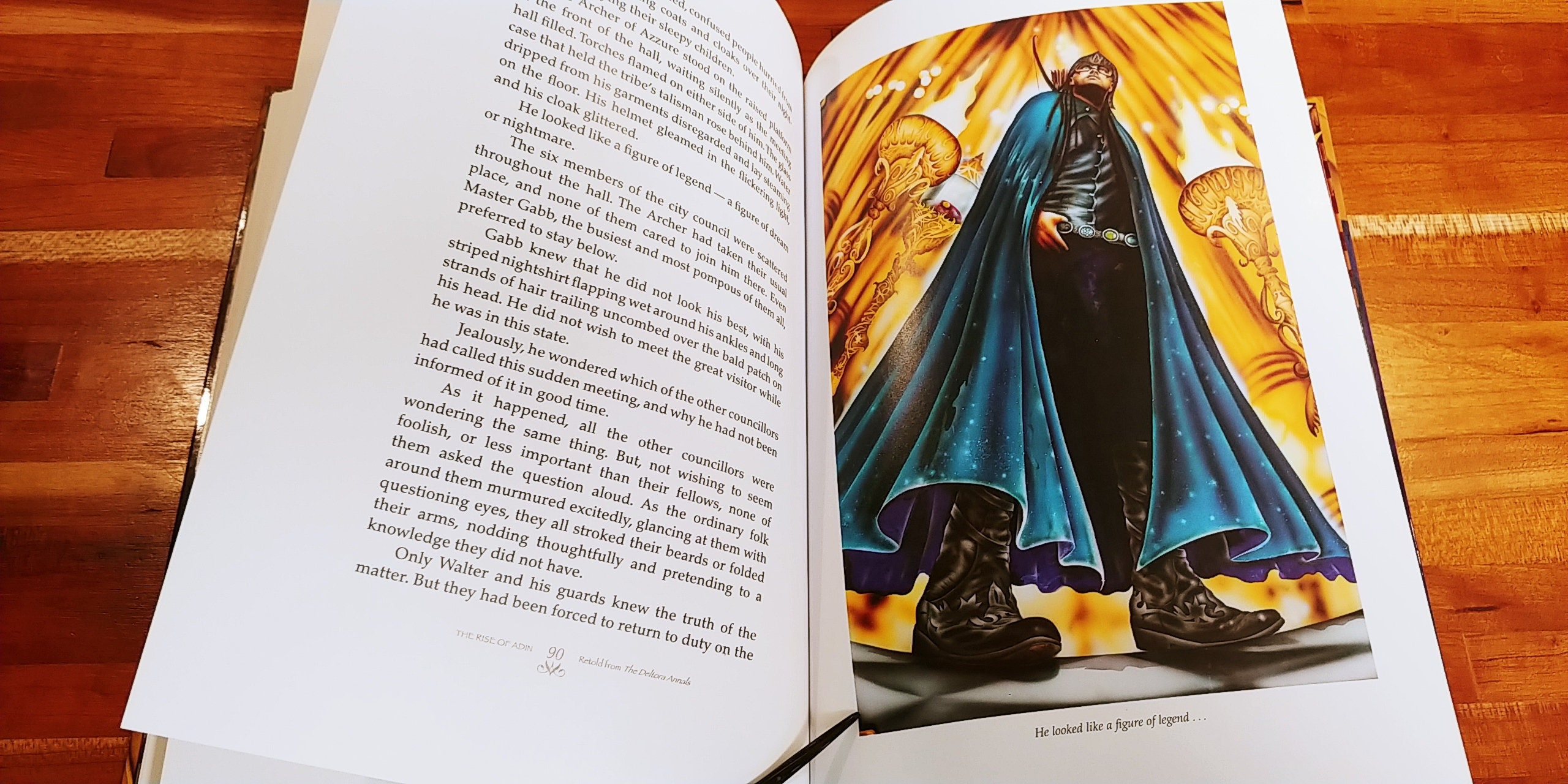 First American deluxe edition of The Tales of Deltora by Emily Rodda.

Tales of Deltora "reveals the truth about the battles and bloodlines that forged a universe full of adventure" in the Deltora Quest, the story of three companions' journey to recover the seven gems stolen from the Belt of Deltora and defeat the forces of the Shadow Lord.

A NOTE FROM JOSEF
"This book of tales contains the secret history of Deltora. That is a startling claim, I know, but it is true.

"The first volume of The Deltora Annals contains all the folktales of the seven tribes. Among them are the ancient Jalis legends known as the Tenna Birdsong Tales.

"Scholars of the past dismissed the Birdsong Tales as nothing more than charming fairy tales. Possibly they were correct in the case of fables like "The Girl with the Golden Hair" - the bittersweet story of a girl who gives her golden hair to a dragon to save her lover. In other cases, however, they were certainly unwise, for lately we have learned that many of the Tenna Birdsong Tales contain much more than a grain of truth. And, looking at them further, and at last understanding the clues within them, I have made an amazing discovery."

THE LAND OF DRAGONS
A Tenna Birdsong Tale

"Once, when the world was young, the sea was alive with monsters and all the lands were islands. The islands were many, but most were far apaprt. To birds flying high, they looked like jeweled eggs, cupped in nests of foam and scattered on a broad blue plain."