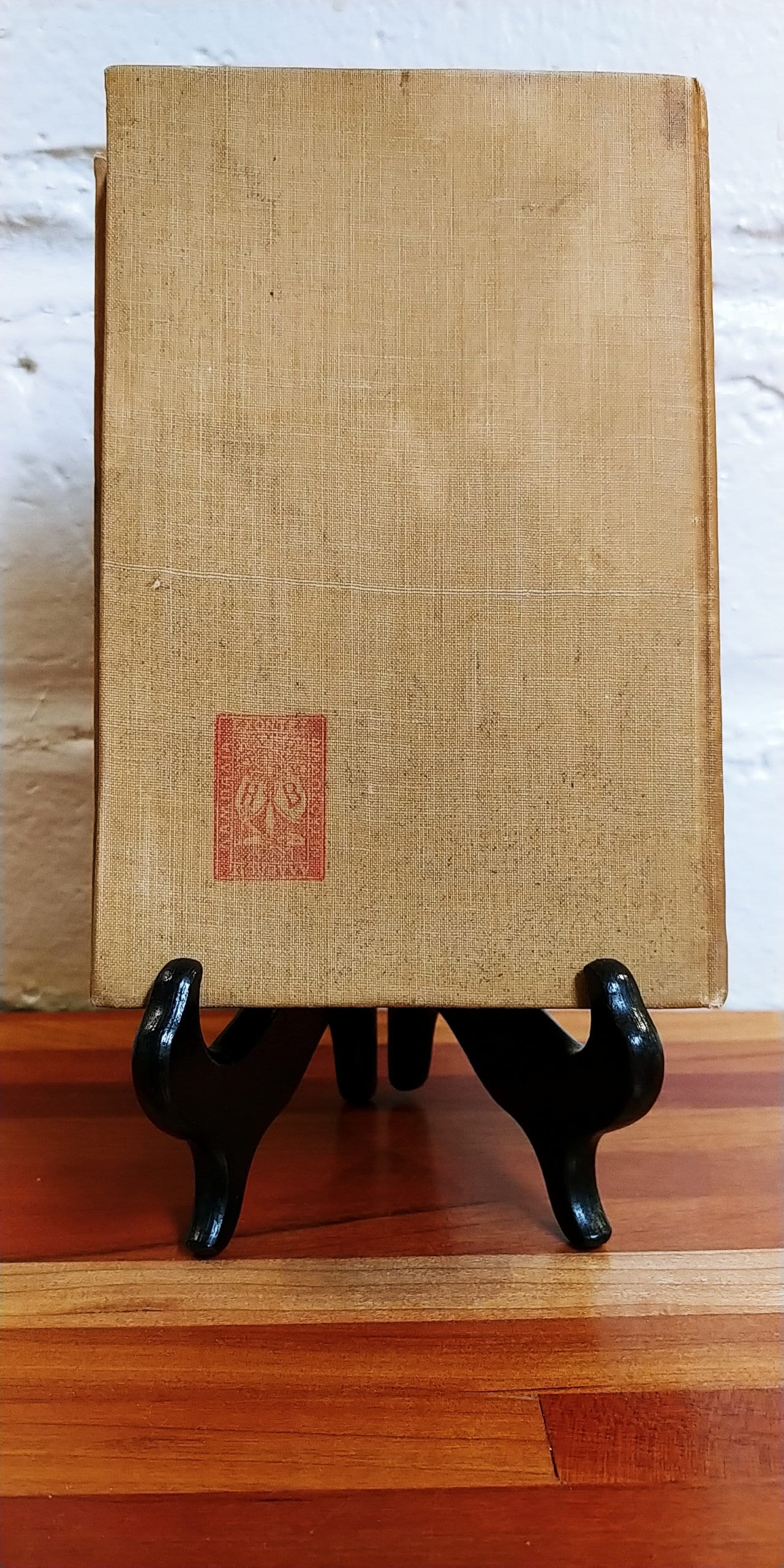 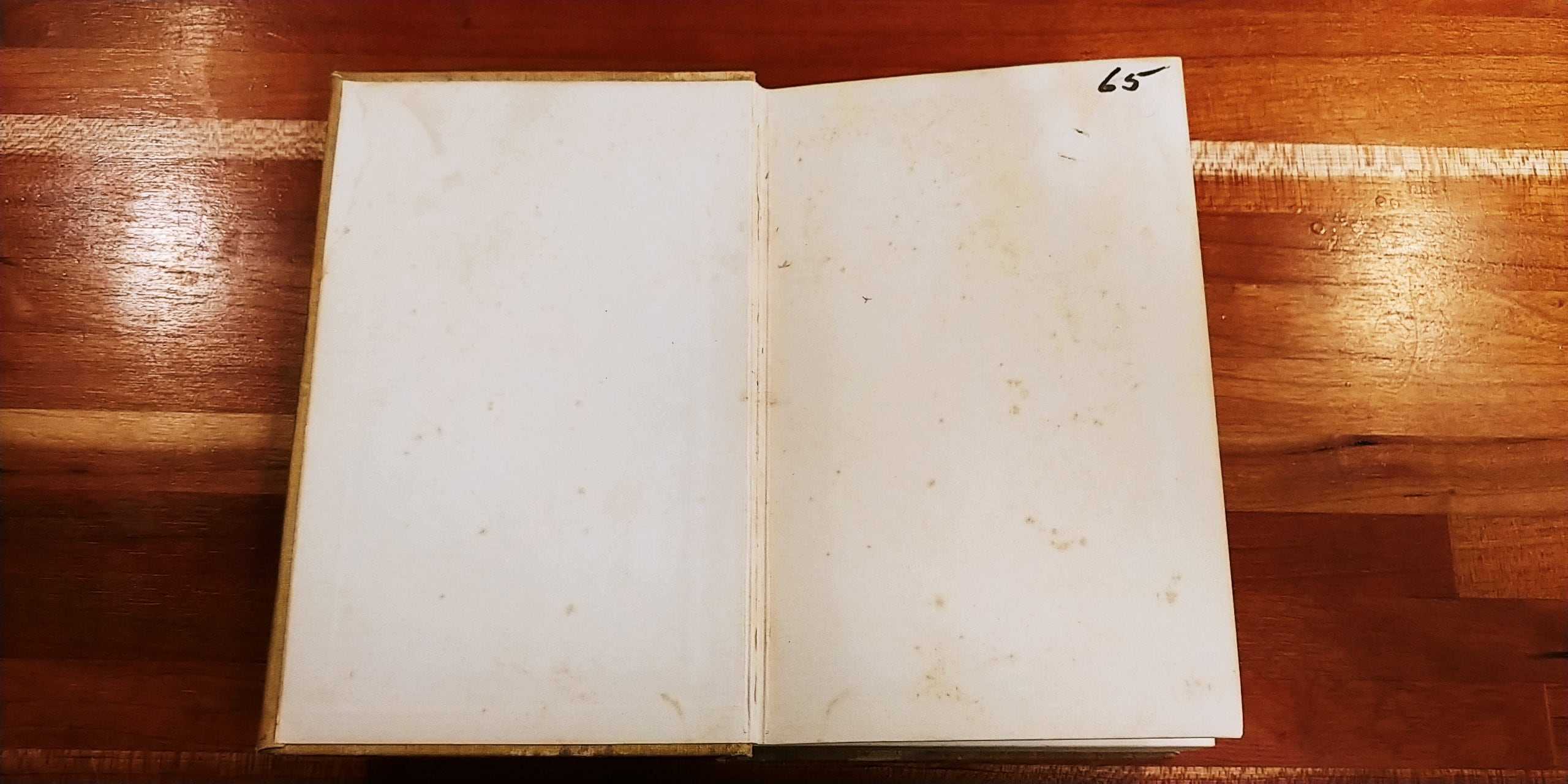 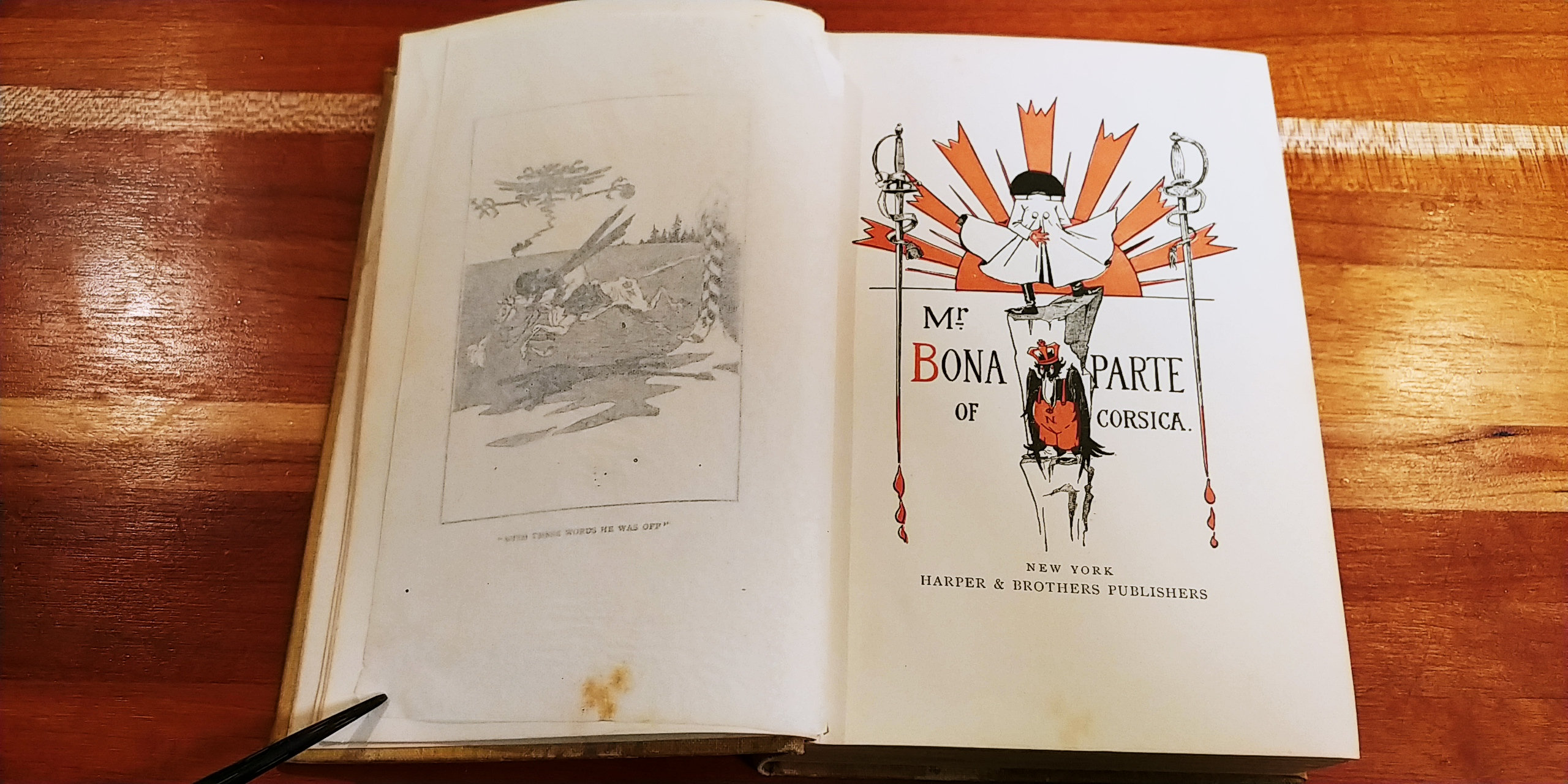 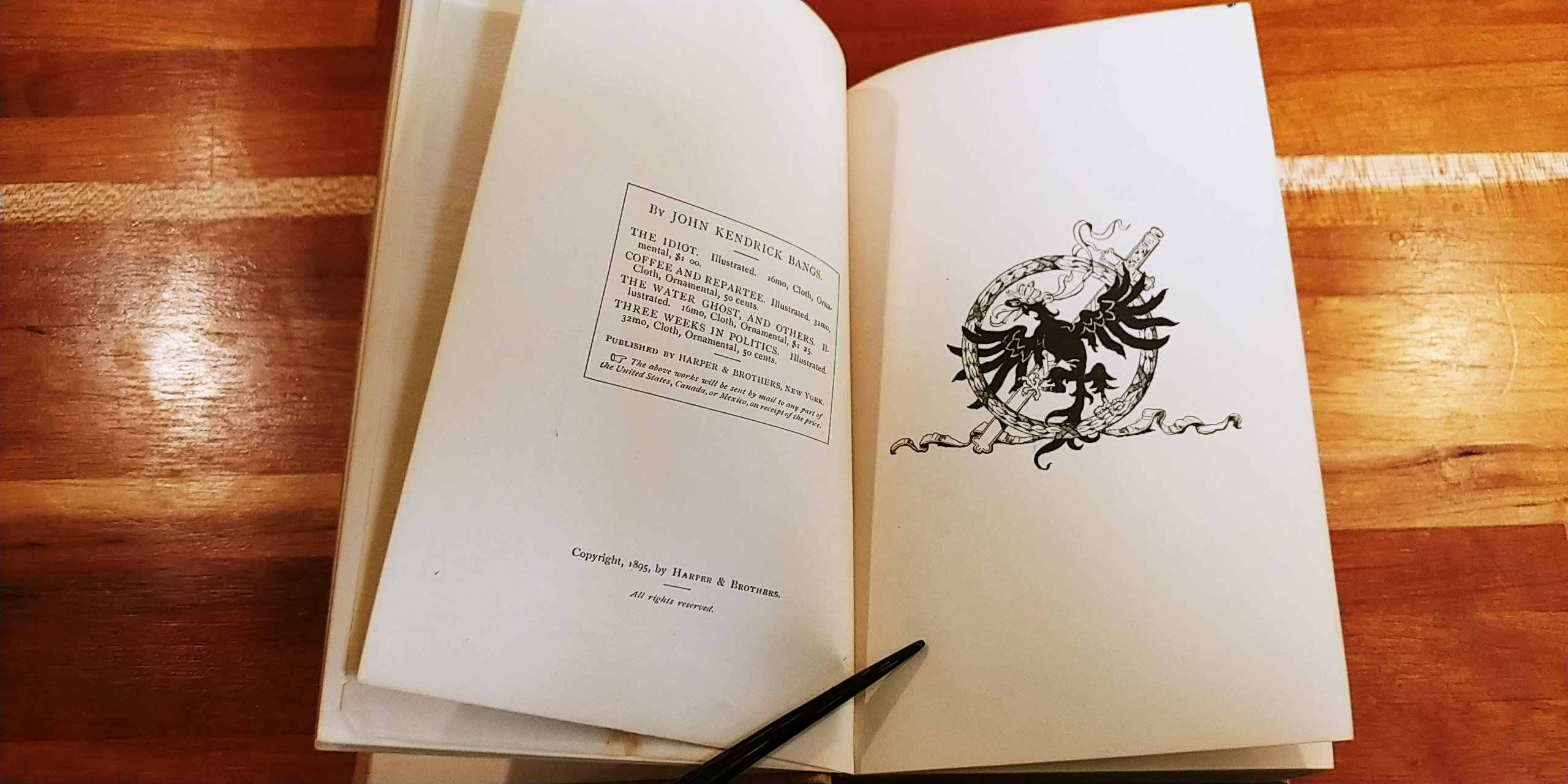 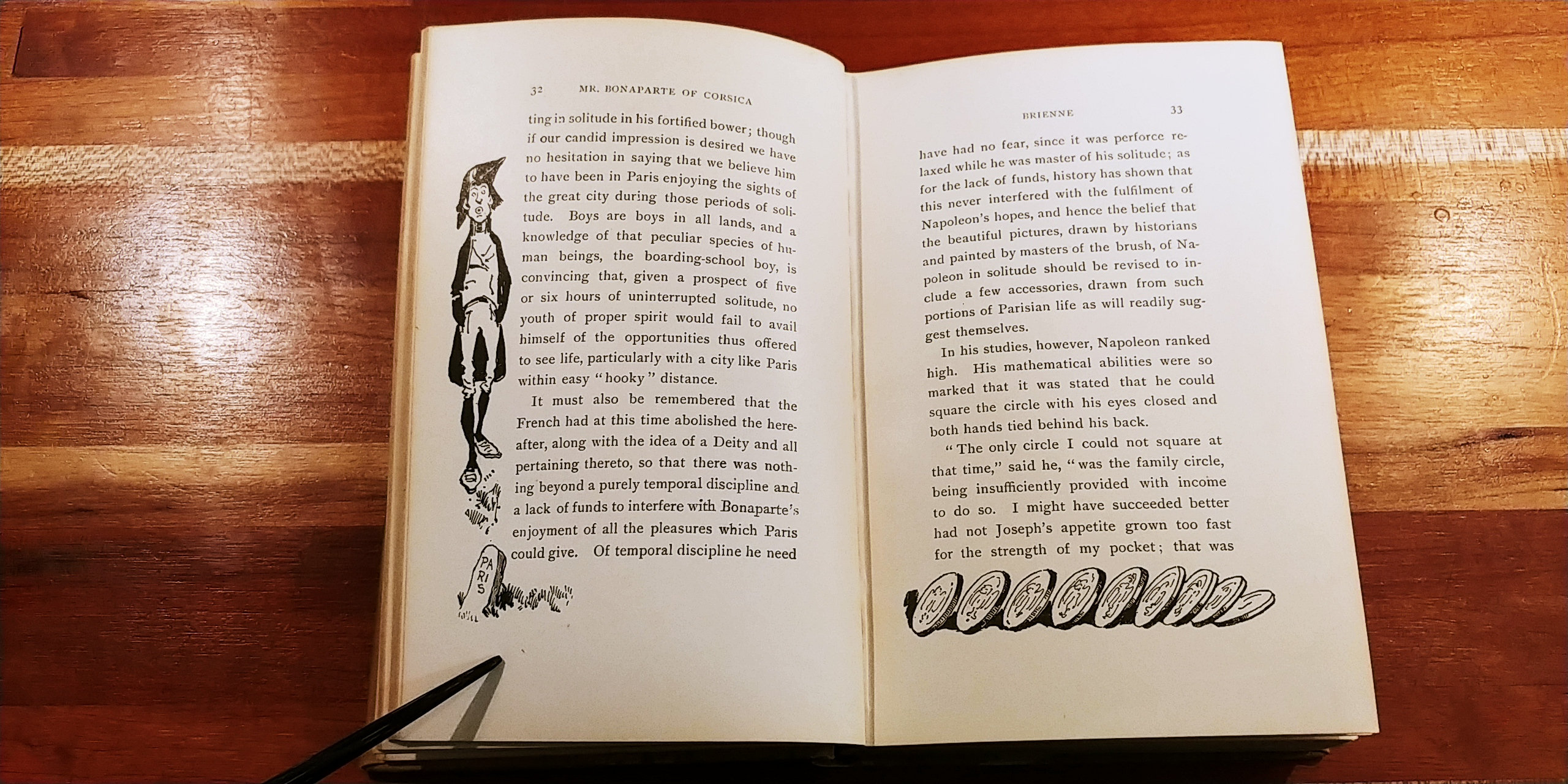 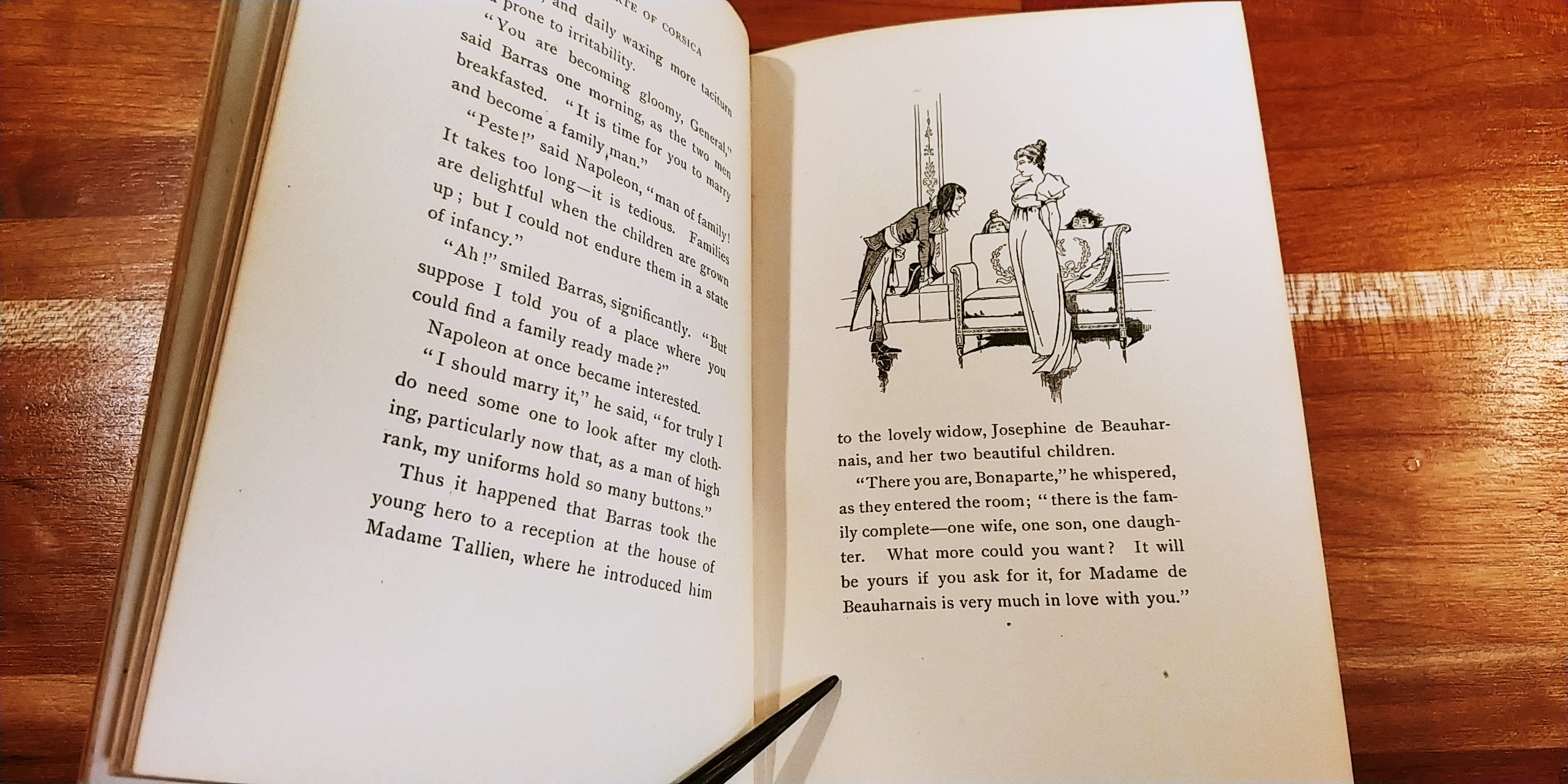 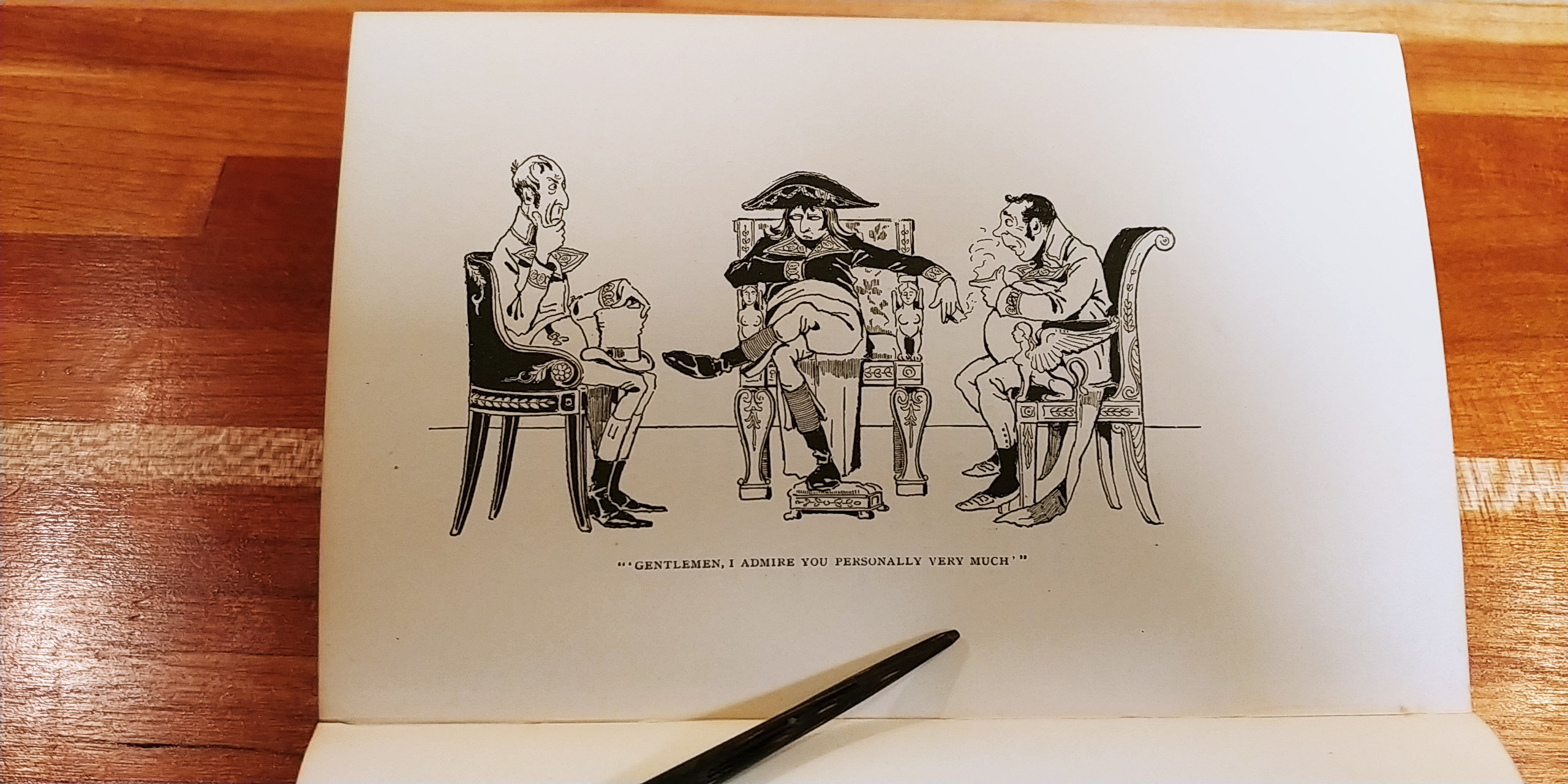 John Kendrick Bangs (1862 - 1922) was a humorist and author, and an editor of Puck, the great 19th century American humor magazine. He wrote numerous satirical articles and books on historical figures, including this send-up of the Emperor of France.

"Napoleon's father, Charles Bonaparte, was the honored progenitor of thirteen children, of whom the man who subsequently became the Emperor of the French, by some curious provision of fate, was the second. That the infant Napoleon should have followed rather than led the procession is so foreign to the nature of the man worthy persons unfamiliar with the true facts of history have believed the Joseph was a purely apocryphal infant, or , as some have suggested, merely an adopted child; but that Napoleon did upon this occasion content himself with second place is incontrovertible fact. Nor is it entirely unaccountable. It is hardly to be supposed that a true military genius, such as Napoleon is universally conceded to have been, would plunge into the midst of a great battle without first having acquainted himself with the possibilities of the future. ..."

Harry Whitney McVickar (1860 - 1905) was a prominent member of New York society during the Gilded Age, an investor, and an artist, and a founder of Vogue magazine.

Condition*: Very Good. No dust jacket, as issued. Embossed black, red, gold cloth cover boards: Spine is slightly cocked; slight soiling along the spine and back. Interior: The number 65 is penned in the top right corner of the front flyleaf, which shoes slight foxing and a small pin hole. Pages are clean, undamaged, and complete.