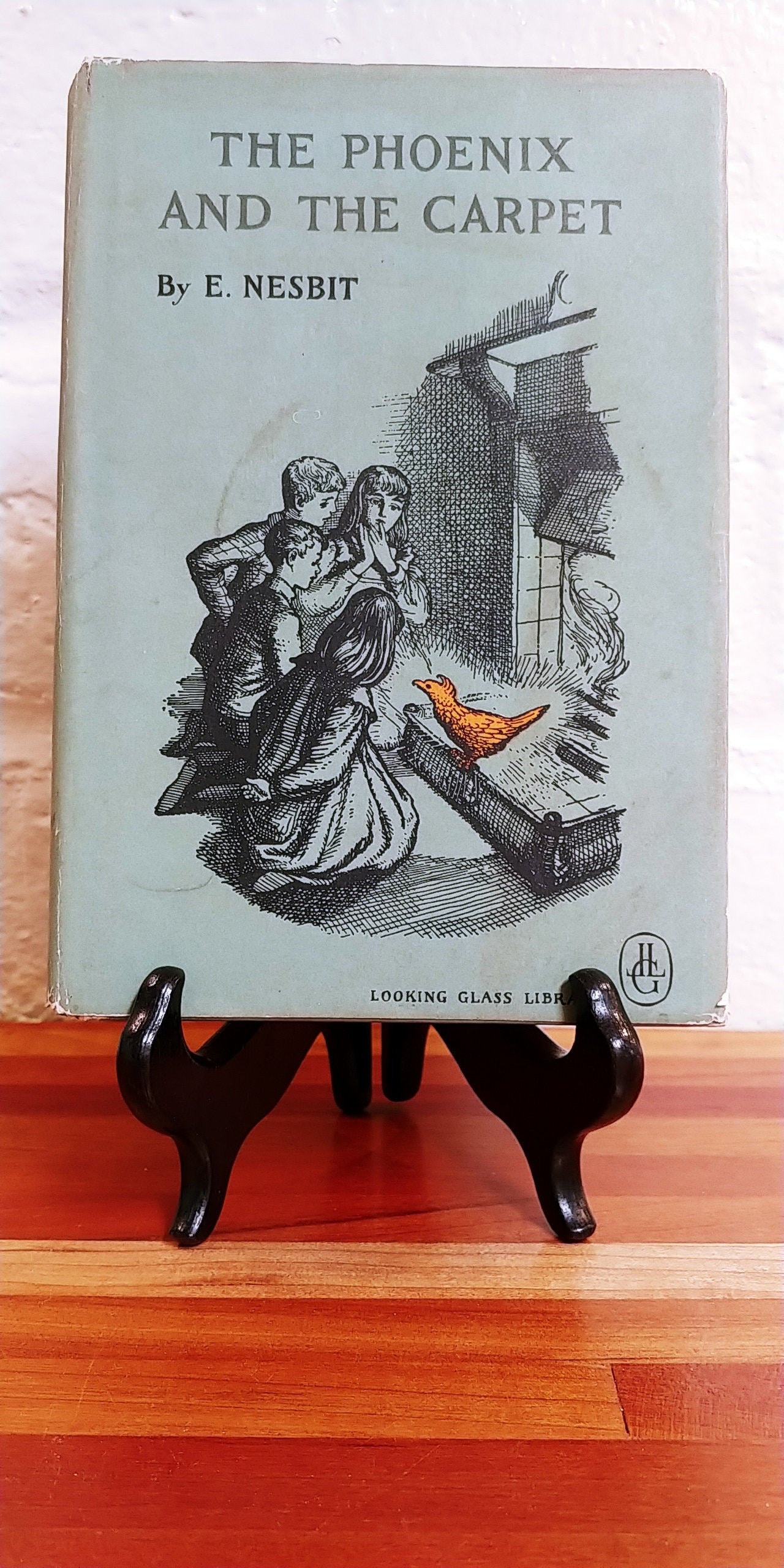 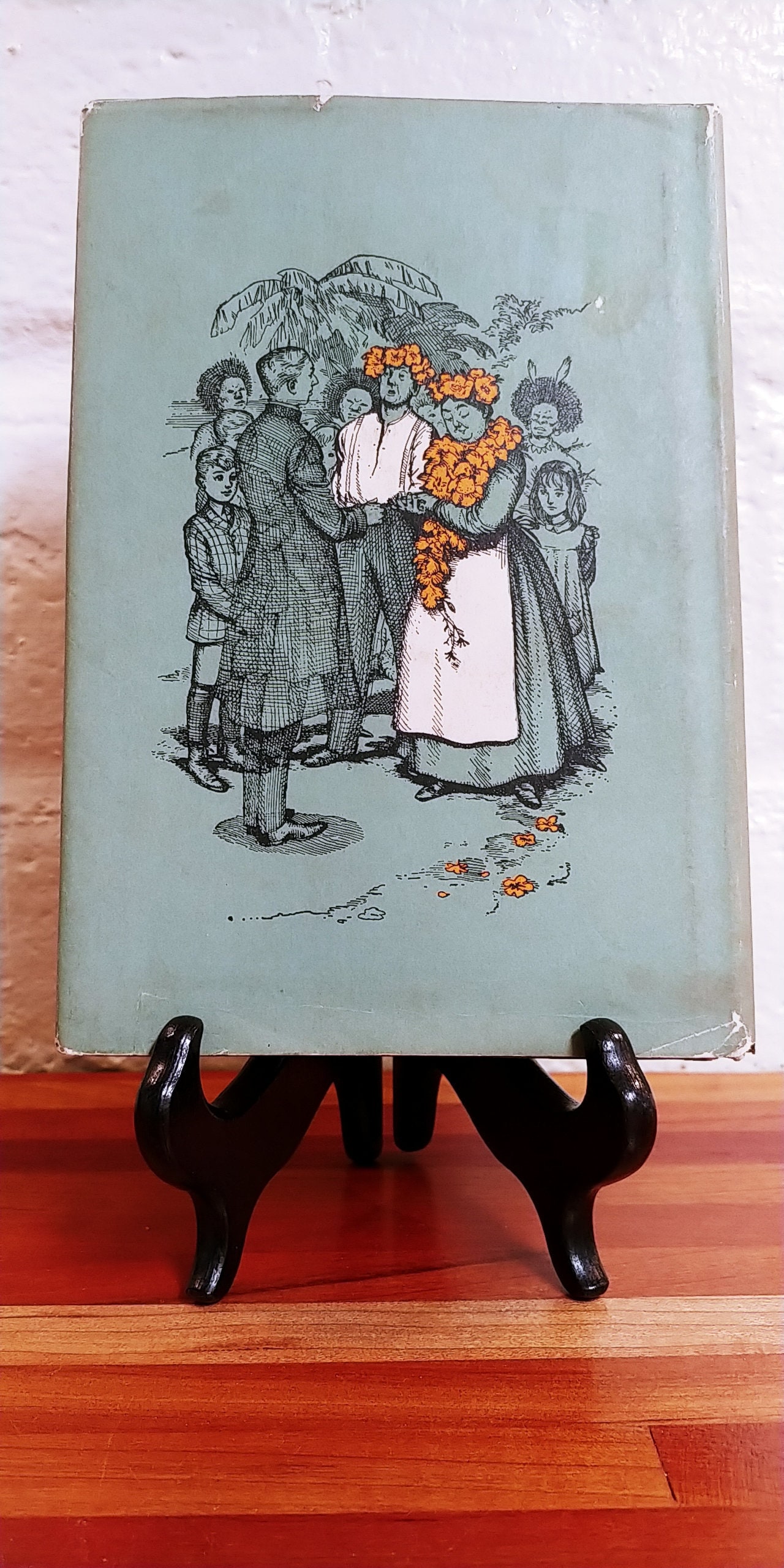 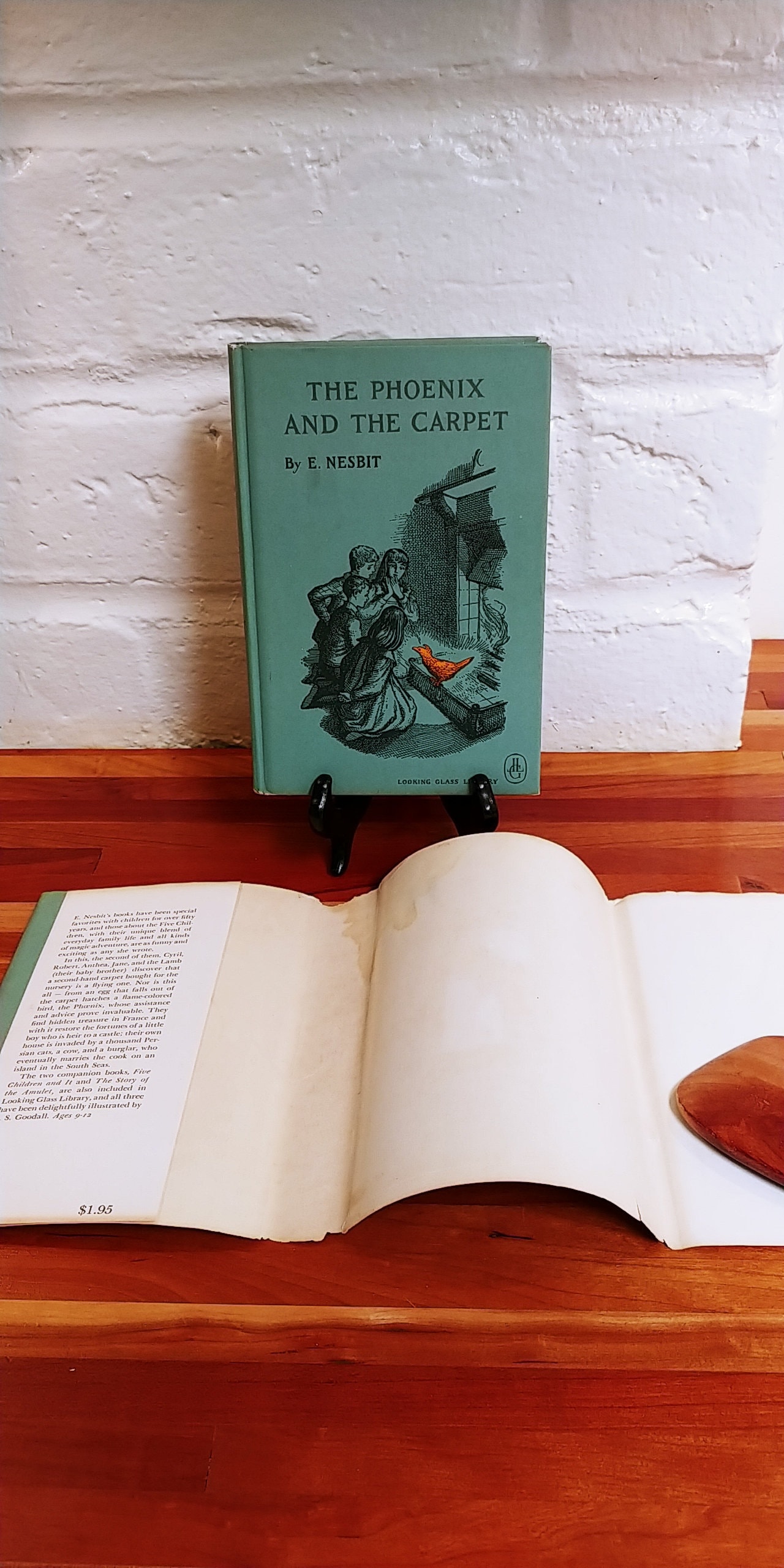 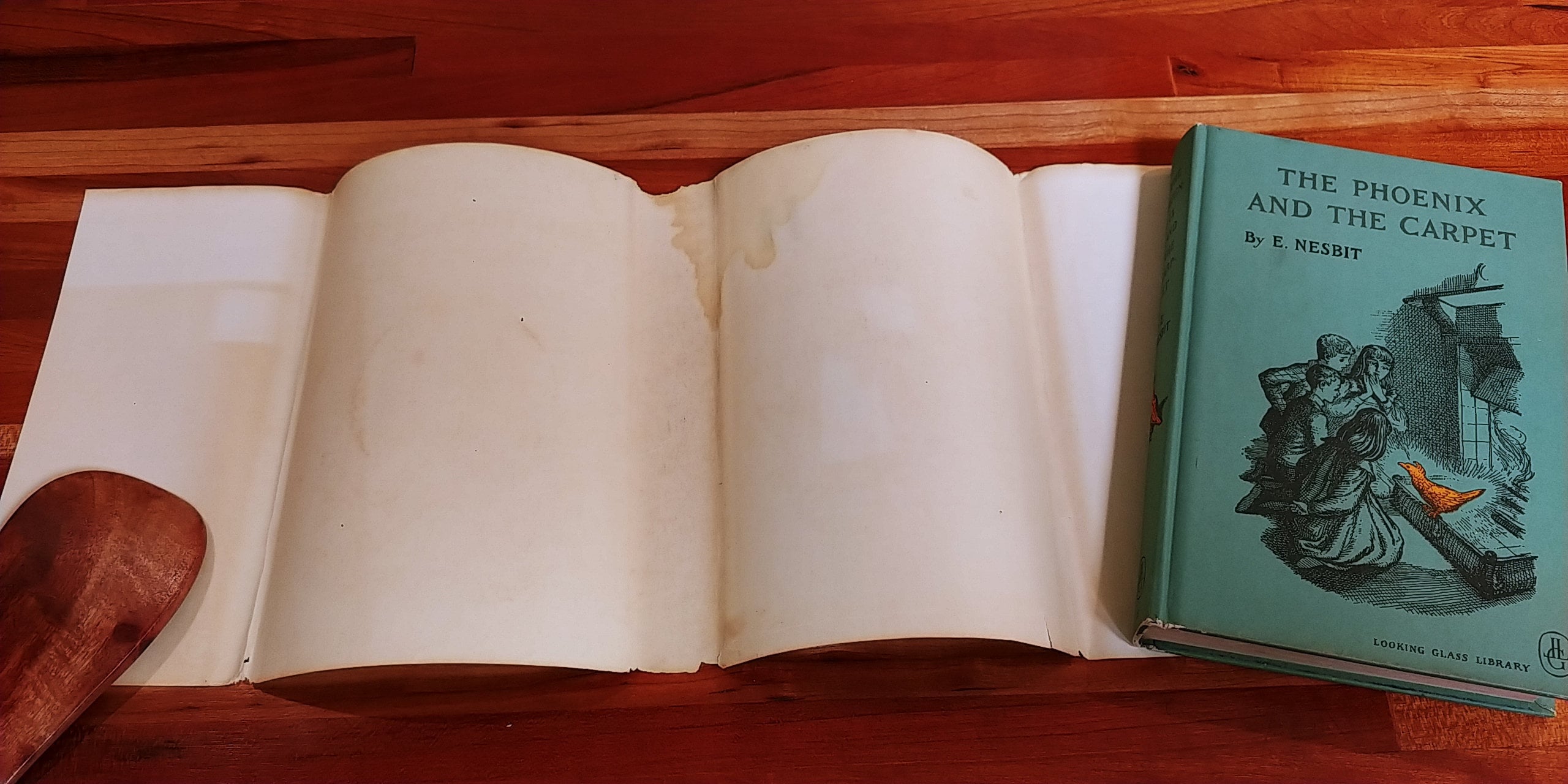 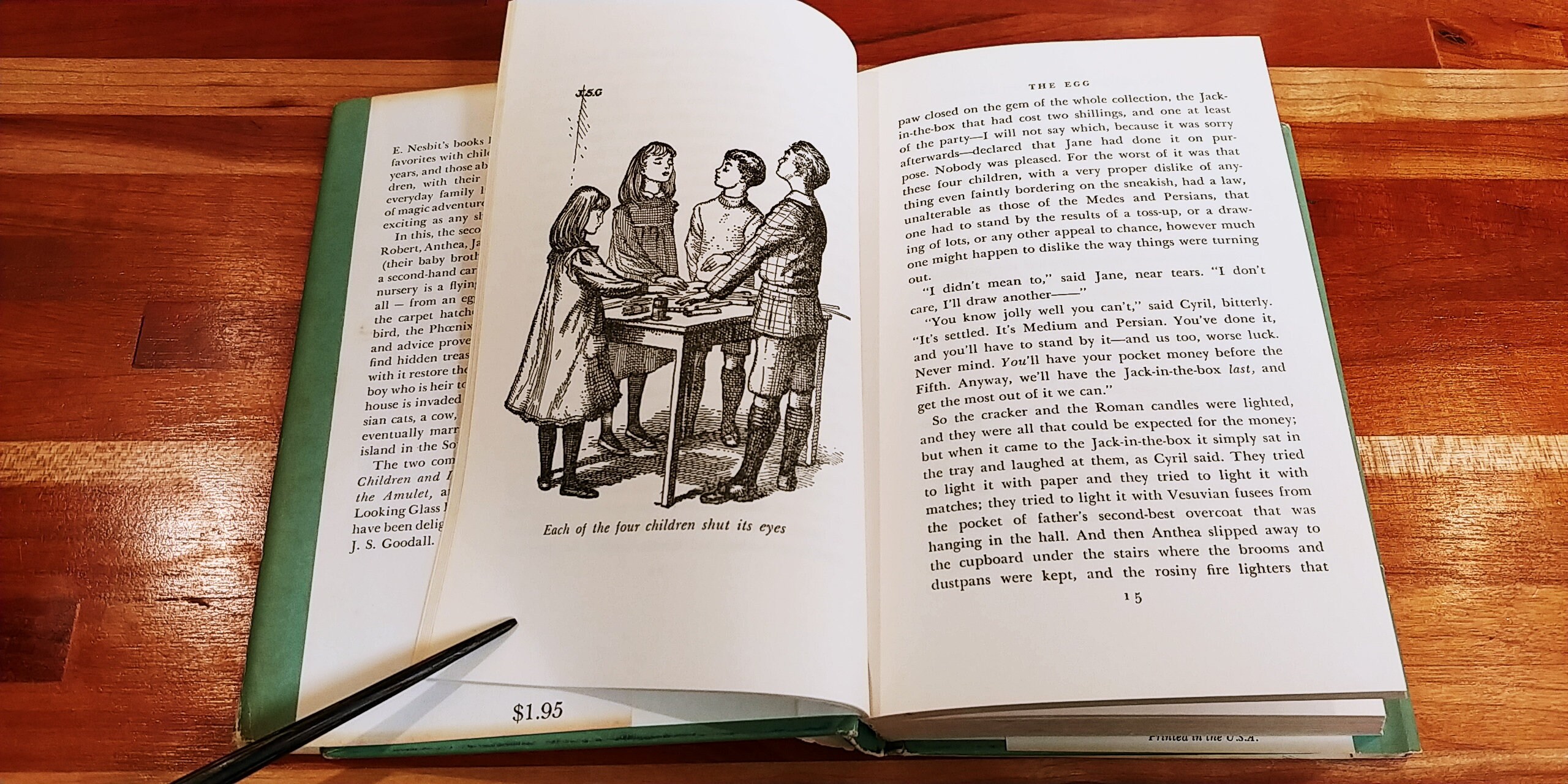 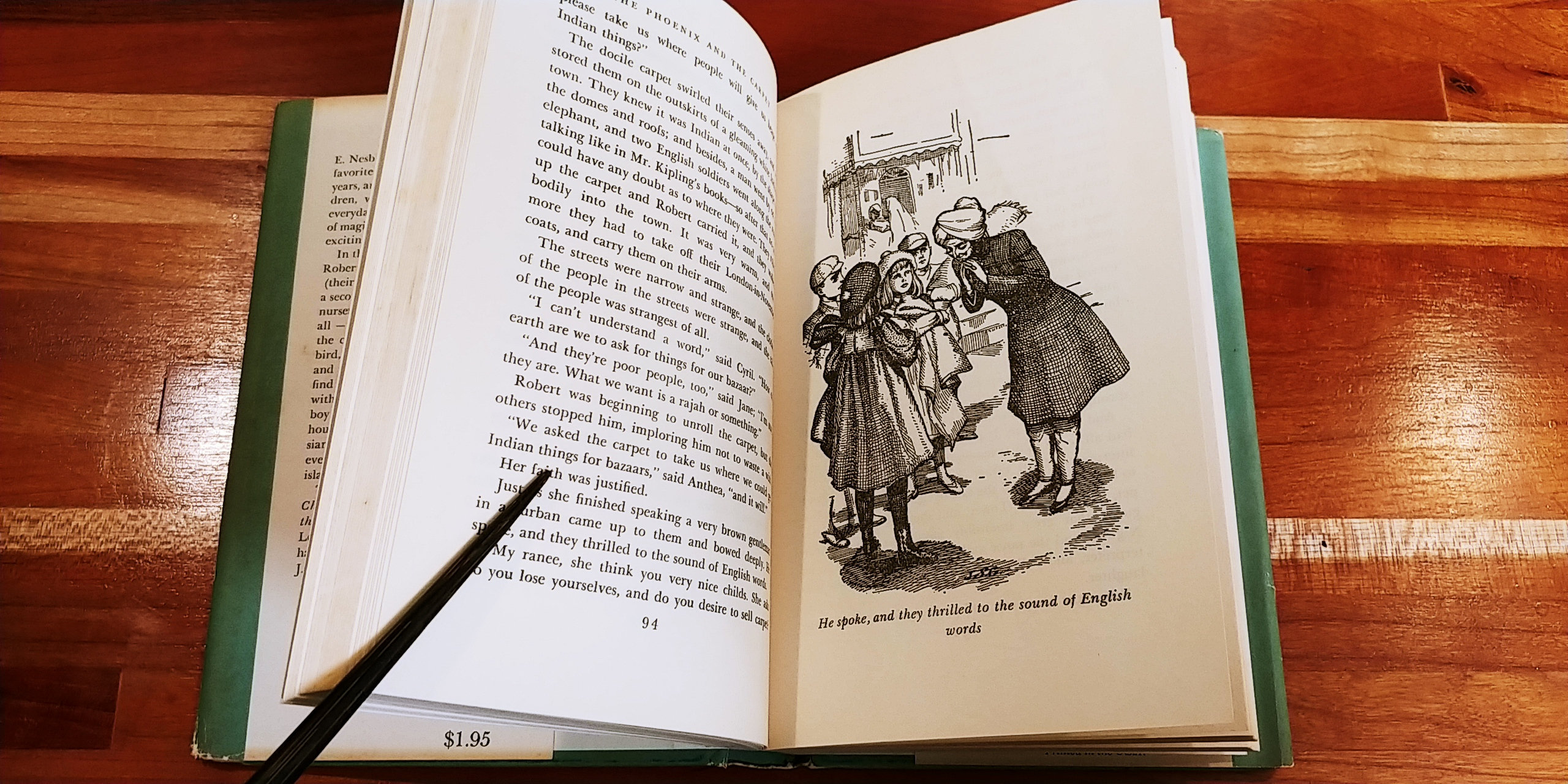 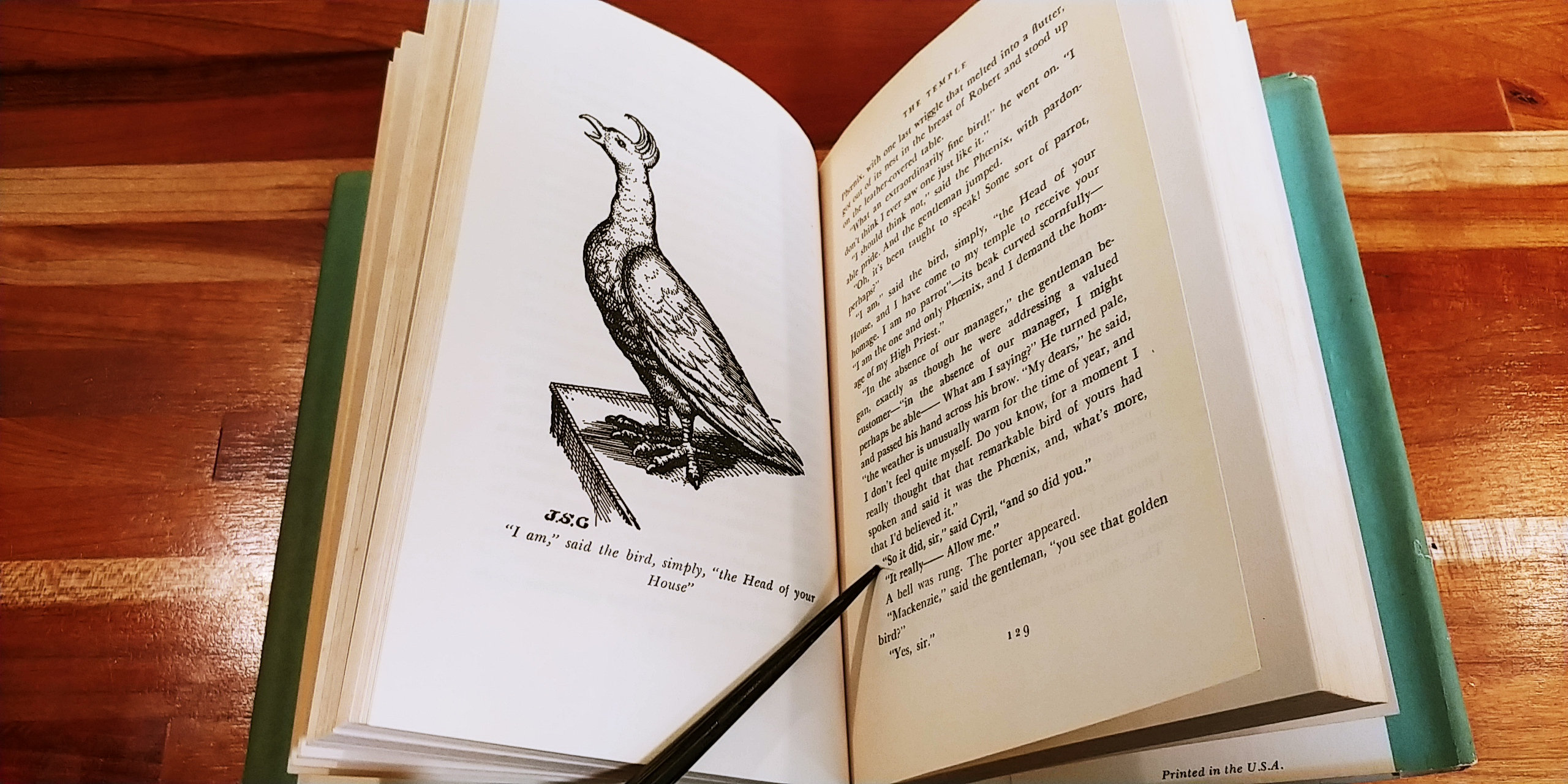 1959 Looking Glass Library edition of The Story of The Amulet, the third and final book of the Psammead series by Edith Nesbit.

In Edith Nesbit's classic trilogy, the Psammead series, the Five Children - Cyril, Anthea, Robert, Jane, and baby brother, Lamb - embark on great adventures, thanks to a magical creature - the Psammead - that grants their wishes.

In the second book, the children discover that the second-hand carpet in their nursery flies!

"Nor is this all - from an egg that falls out of the carpet hatches a flame-colored bird, the Phoenix, whose assistance and advice prove invaluable. They find hidden treasure in France and with it restore the fortunes of a little boy who is heir to a castle; their own house is invaded by a thousand Persian cats, a cow, and a burglar, who eventually marries the cook on an island in the South Seas."

The Story of The Amulet inspired C.S. Lewis to borrow a few of Nesbit's ideas or conventions for the Chronicles of Narnia.

Edith Nesbit (1858 - 1924) was one of the great children's authors and influenced writers from C.S. Lewis to J.K. Rowling. Her work includes the Bastable Series (The Story of the Treasure Seekers, The Wouldbegoods, The New Treasure Seekers), The Psammead Series (Five Children and It, The Phoenix and the Carpet, and The Story of the Amulet), and stand-alone novels such as The Railway Children, The Enchanted Castle, and The Magic City. She was also an interesting character in her own right with a full and colorful life.

Nesbit placed children in their time and gave them real-world challenges, woven in with magic. As Gore Vidal wrote more than fifty years ago in the New York Review of Books, "...she was able to create a world of magic and inverted logic that was entirely her own."

Condition*: Very Good/Very Good. Dust jacket: Sunned along the interior exposed edges; lightly soiled from handling; partial moisture ring on the front, dampstain visible on the inside jacket; slightly bumped at the corners; chipped at the head and tail of the spine; small closed tear lower back. Cover boards: mild edge wear at the head and tail. Interior pages: Minor soiling of the text block else pages are clean, undamaged, and complete.