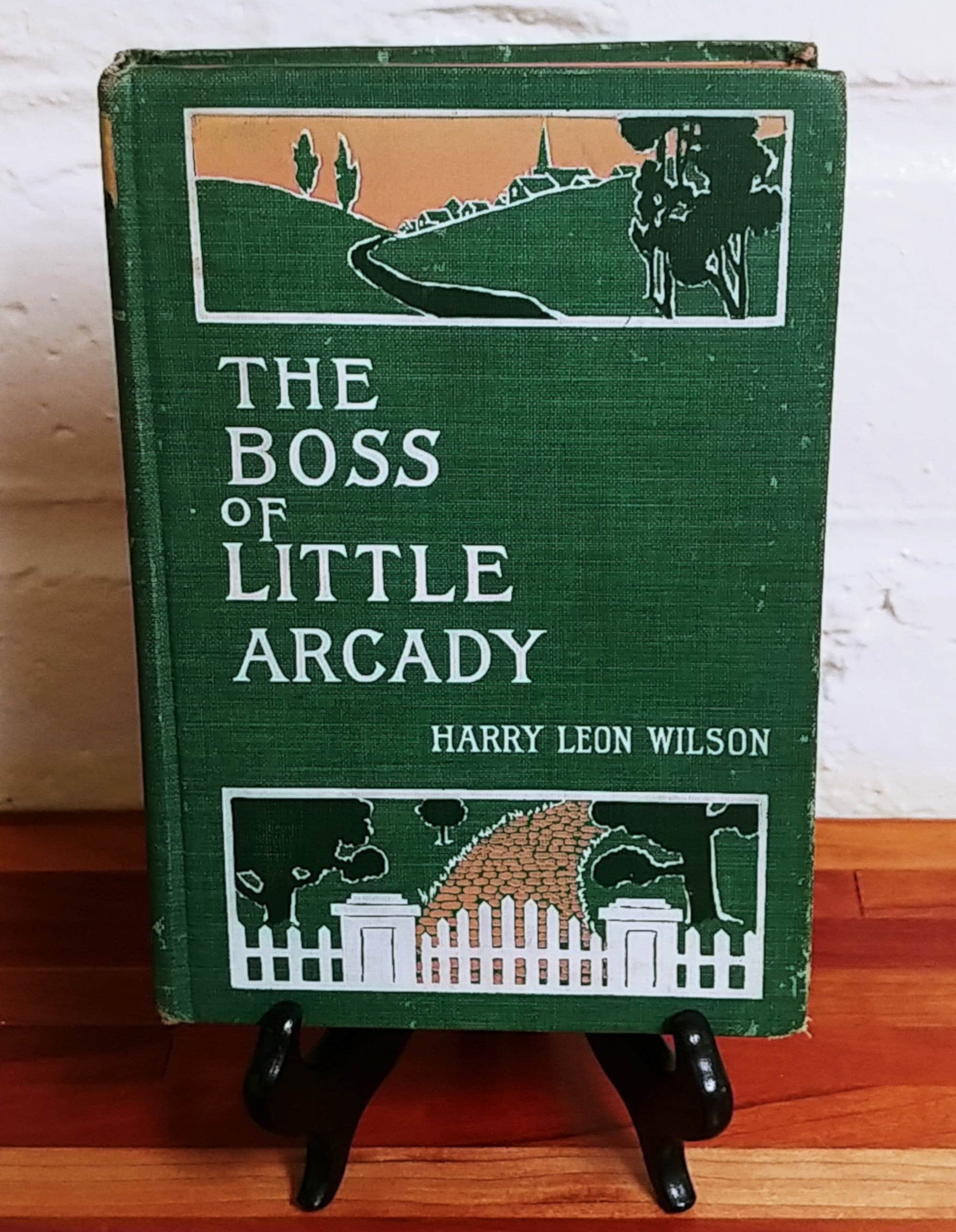 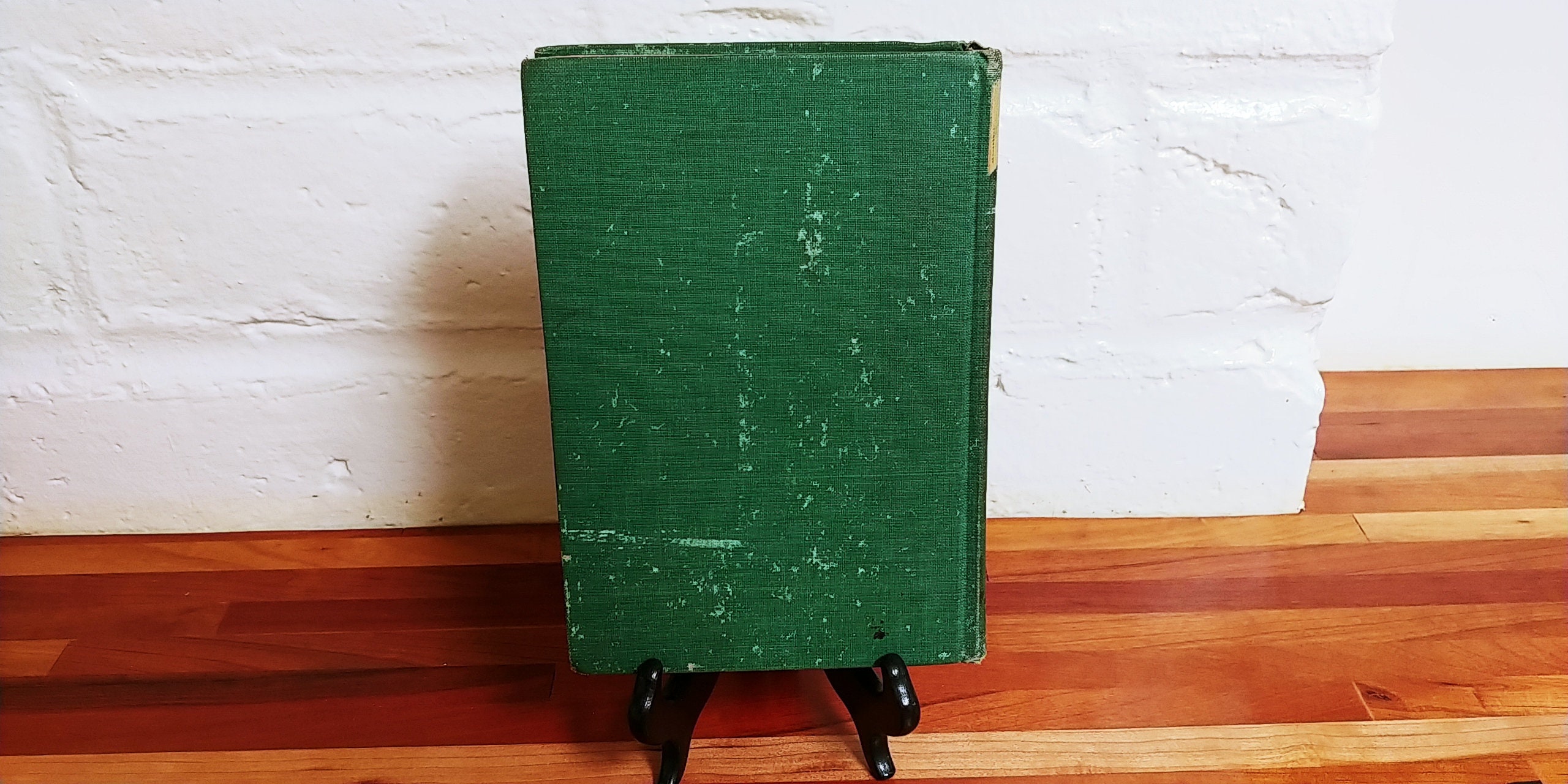 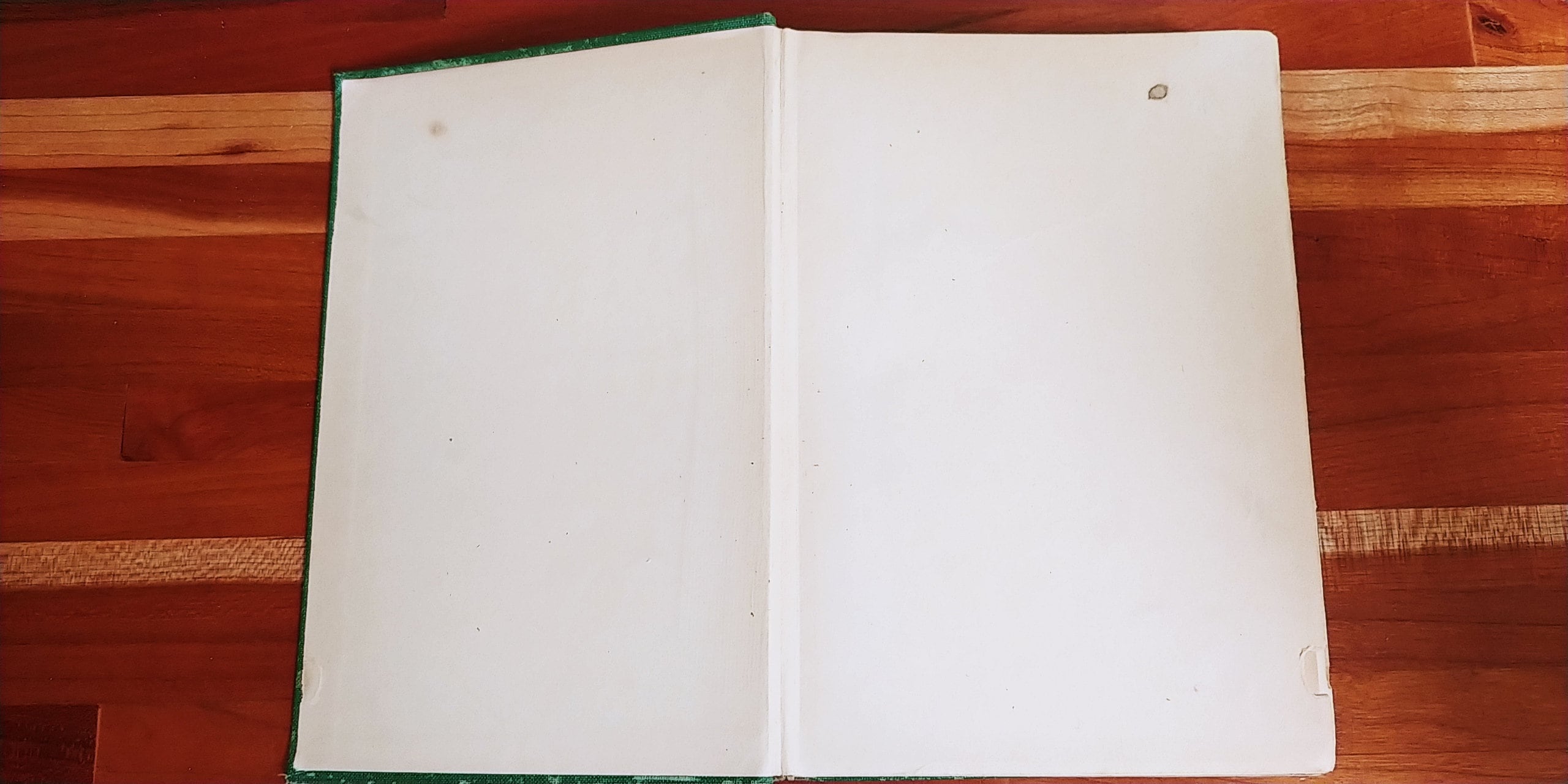 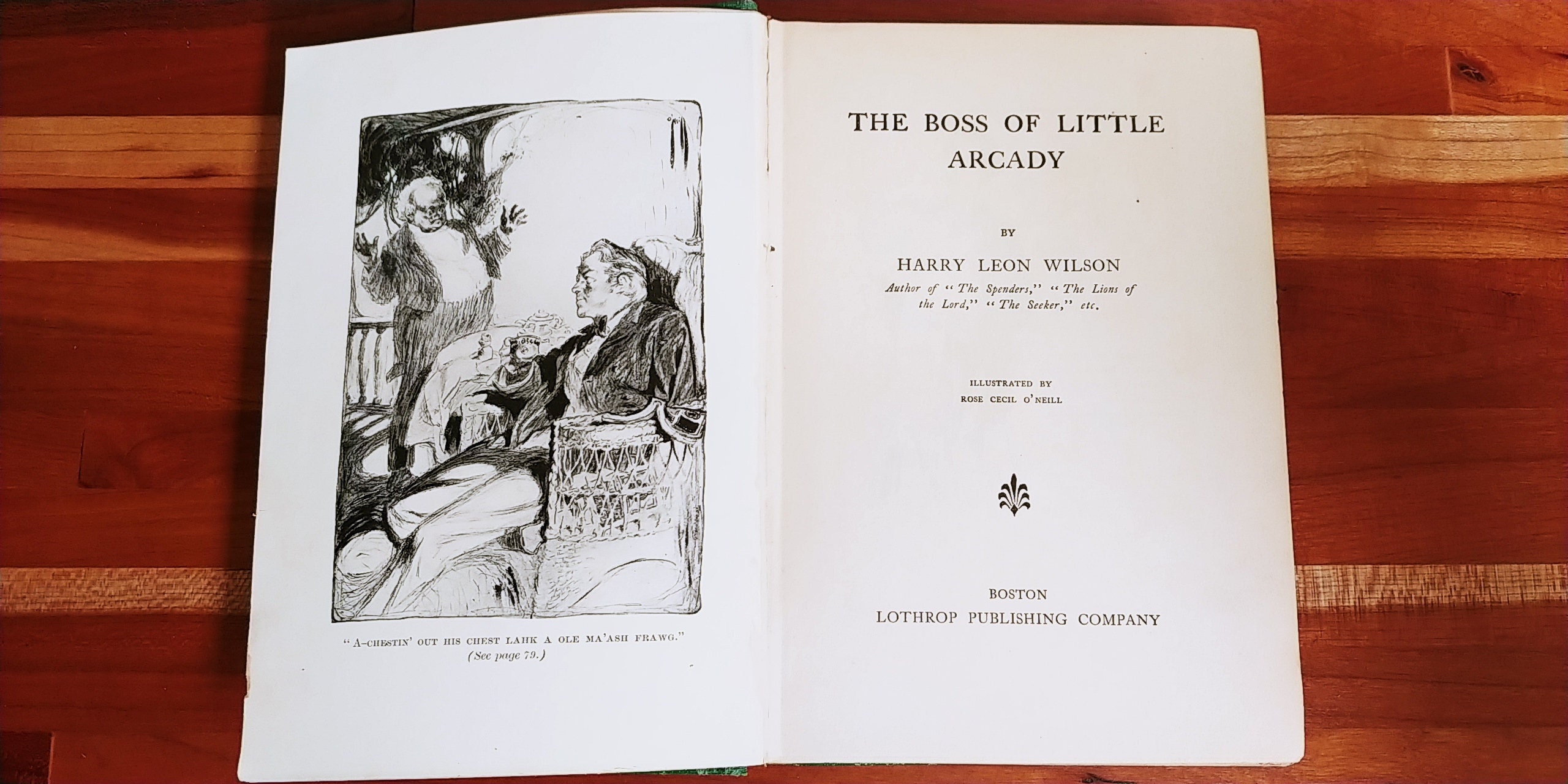 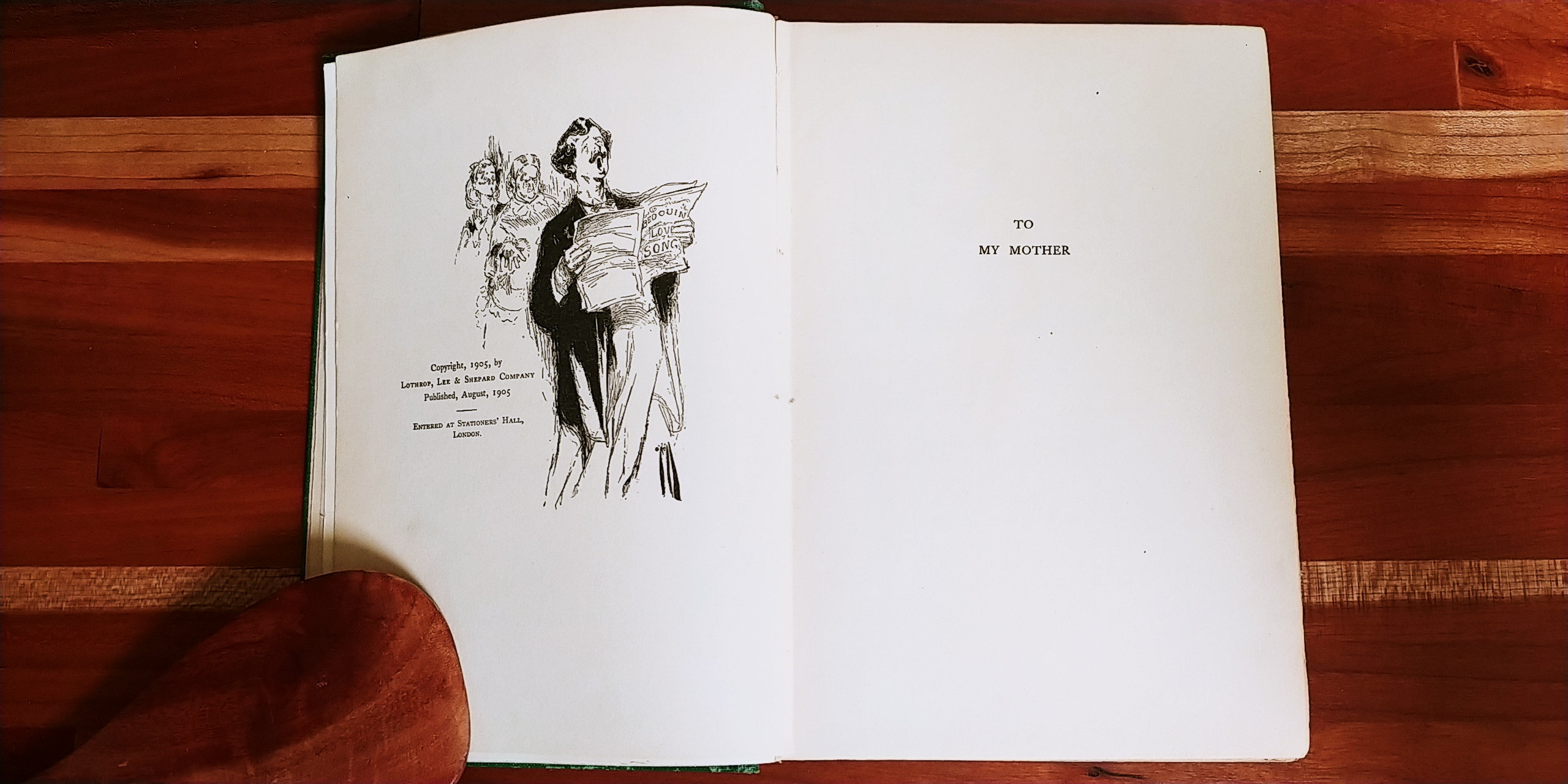 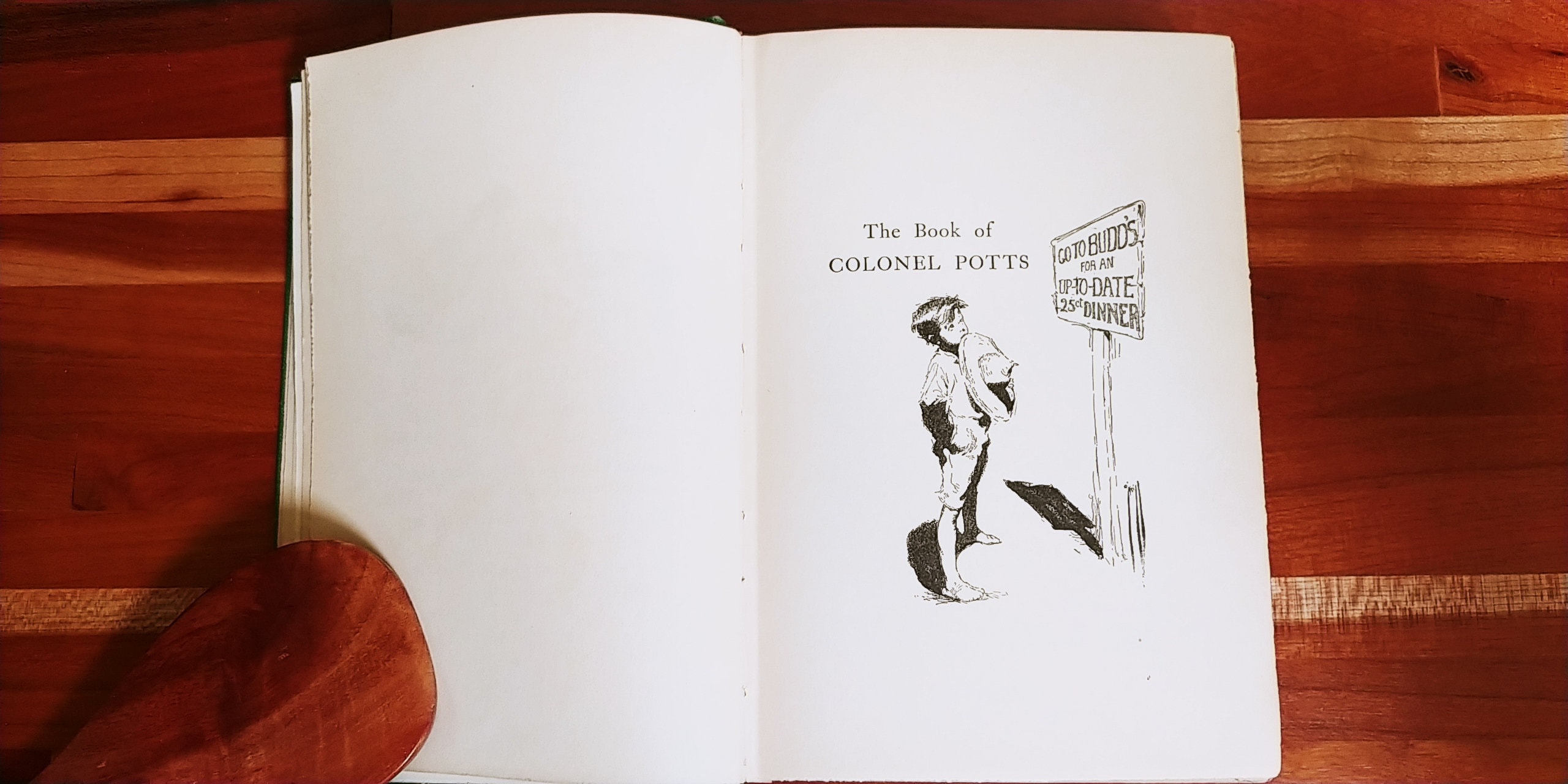 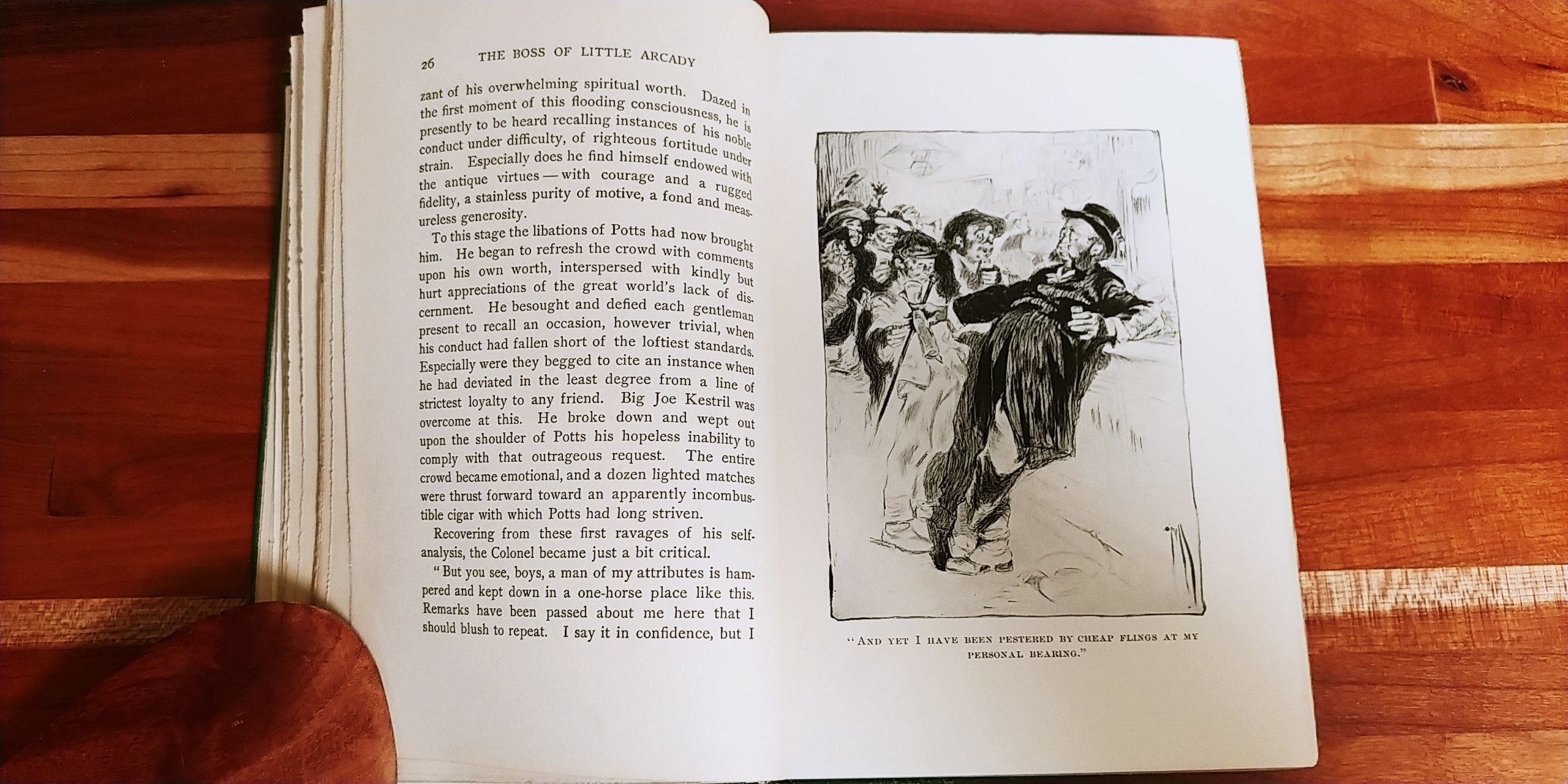 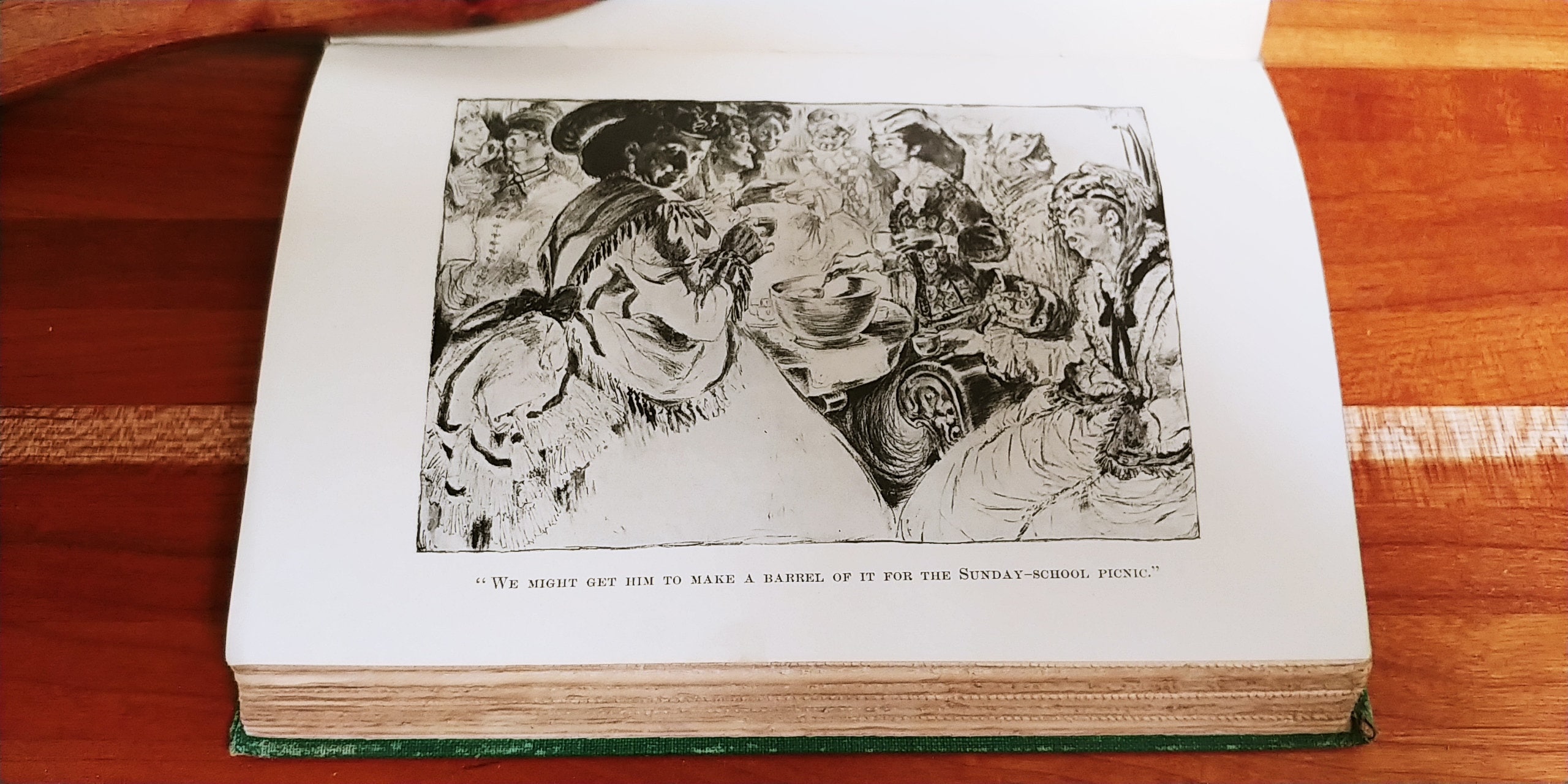 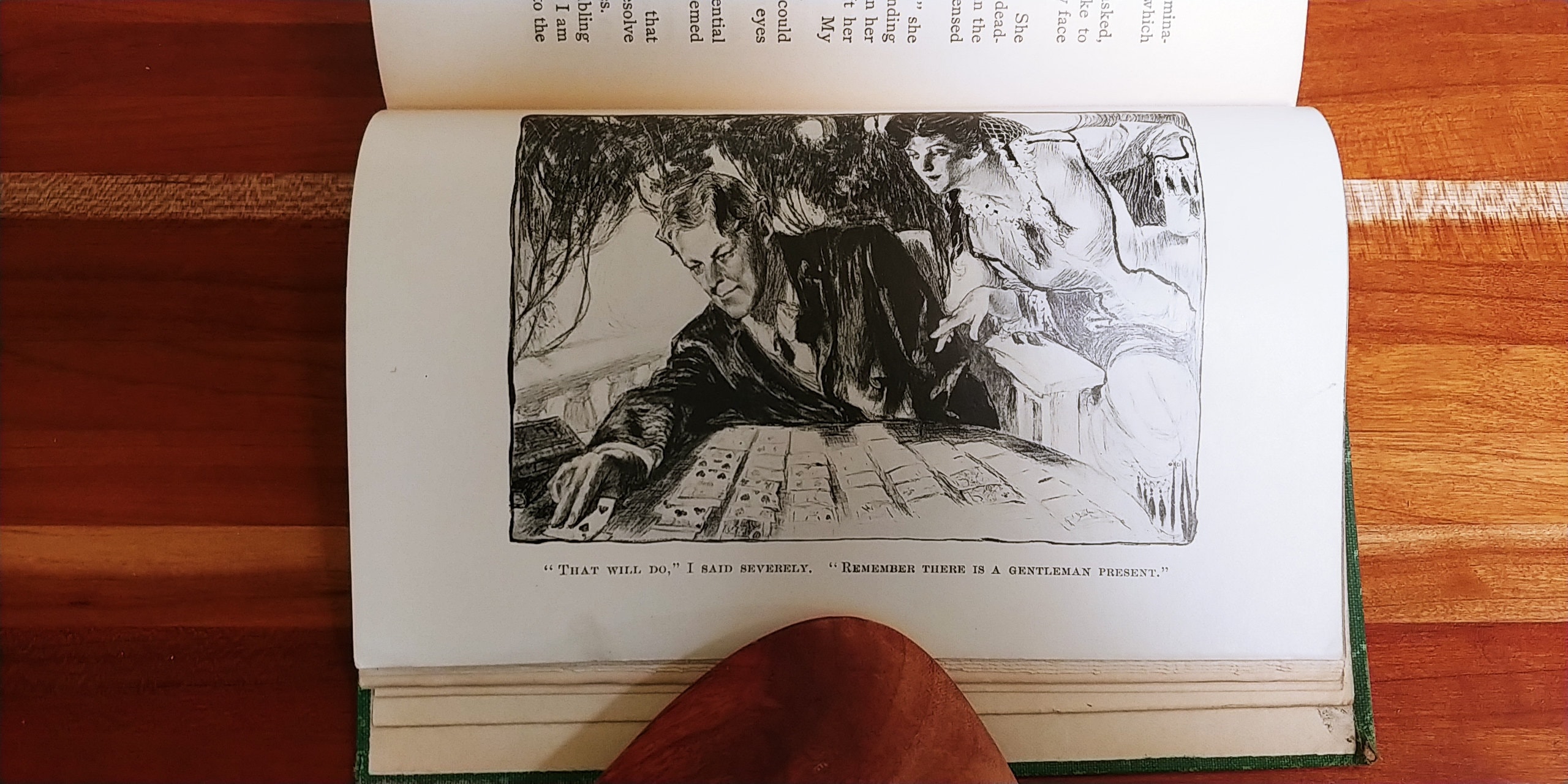 First edition of The Boss of Little Arcady, set in a Midwestern town during the Civil War, by Harry Leon Wilson.

"Late last Thursday evening one Jonas Rodney Potts, better known to this community as "upright" Potts, stumbled into the mill-race, where it had providentially been left open just north of Cady's Mill. Everything was going along finely until two hopeless busybodies were attracted to the spot by his screams, and fished him out. It is feared that he will recover. We withhold the names of his rescuers, although under strong temptation to publish them broadcast." - Little Arcady Argus of May 21st.

"Looking back to that time from a happier present, I am filled by a genuine awe of J. Rodney Potts. Reflecting upon those benign ends which the gods chose to make him serve, I can but marvel how lightly each of us may meet and scorn a casual Potts, unrecking his gracious and predestined office in the play of Fate."

Harry Leon Wilson (1867 - 1939) was an author and dramatist, and The Boss of Little Arcady was his fifth book. Wilson belonged to the Bohemian literary community of Carmel, CA, which included Upton Sinclair, Jack London, Ambrose Bierce, Alice MacGowan, and Sinclair Lewis.

Rose Cecil O'Neill (1874 - 1944) was a cartoonist, illustrator, artist, and writer, and Wilson's second wife and illustrator of four of his books. She earned fame and great fortune as the creator of the Kewpie, the most popular cartoon character next to Mickey Mouse. Frankly, Rose was an exceedingly interesting person.

Condition*: Very Good. Lacks dust jacket, as issued. Green cloth cover boards with embossed white and beige cover design: White soiling on the back; slightly bumped at the corners; light edgewear; back has bend in upper corner. Inside: Small brown spot and chip on front flyleaf; tissue protecting the frontispiece is missing; deckle edge pages are lightly tanned. I've left the powdery white soiling on the back as-is so that it can be professionally cleaned.