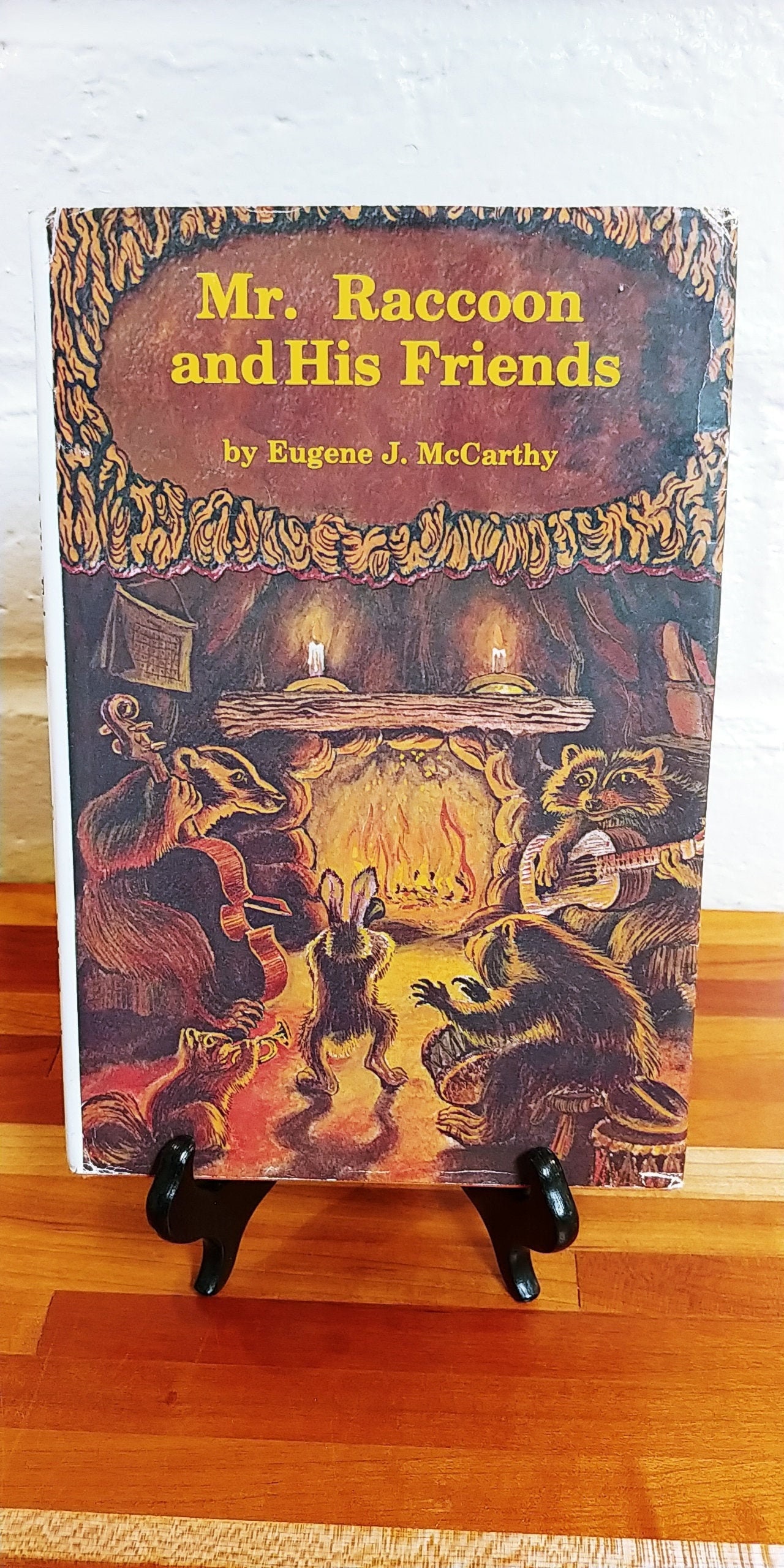 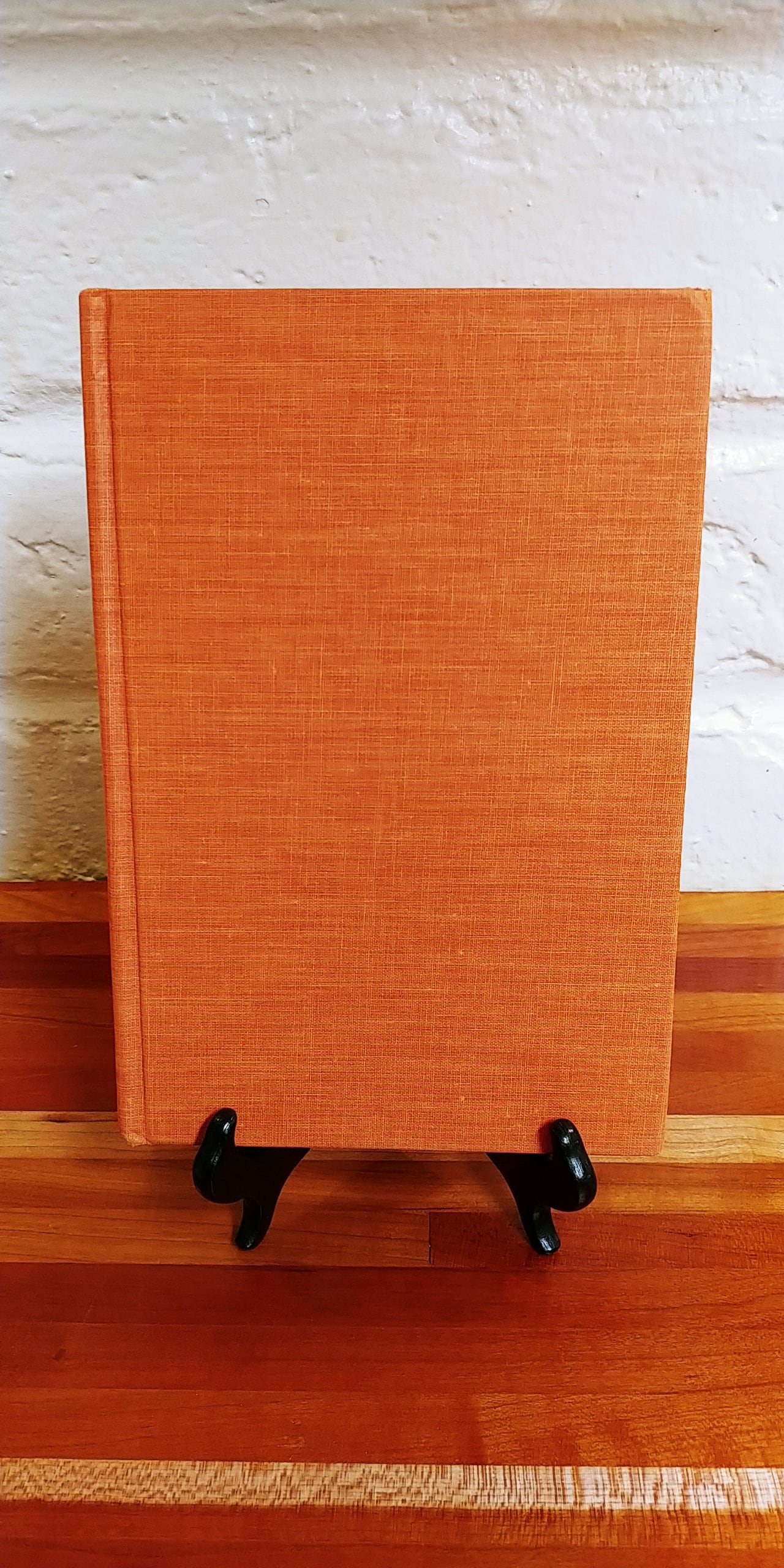 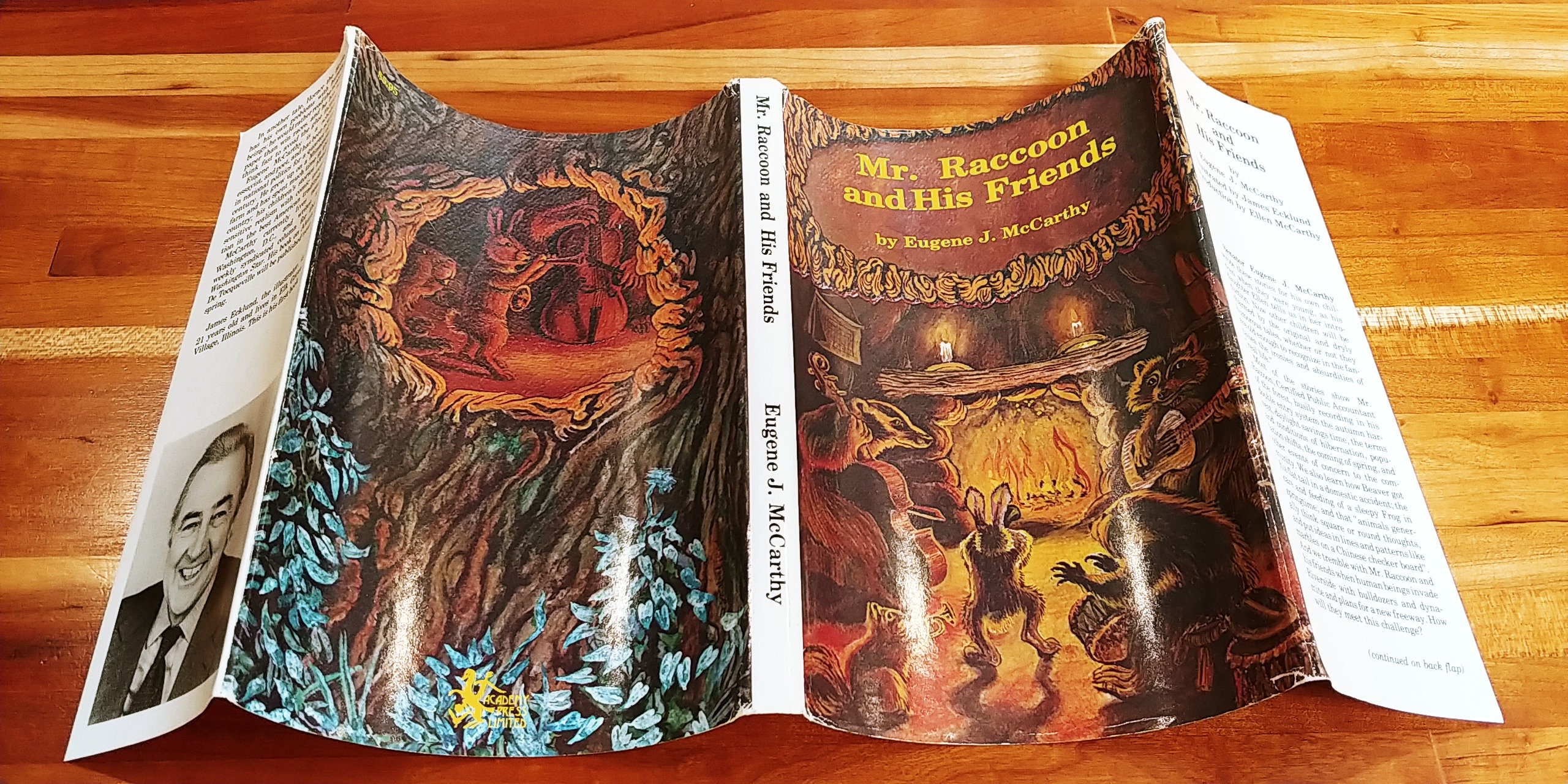 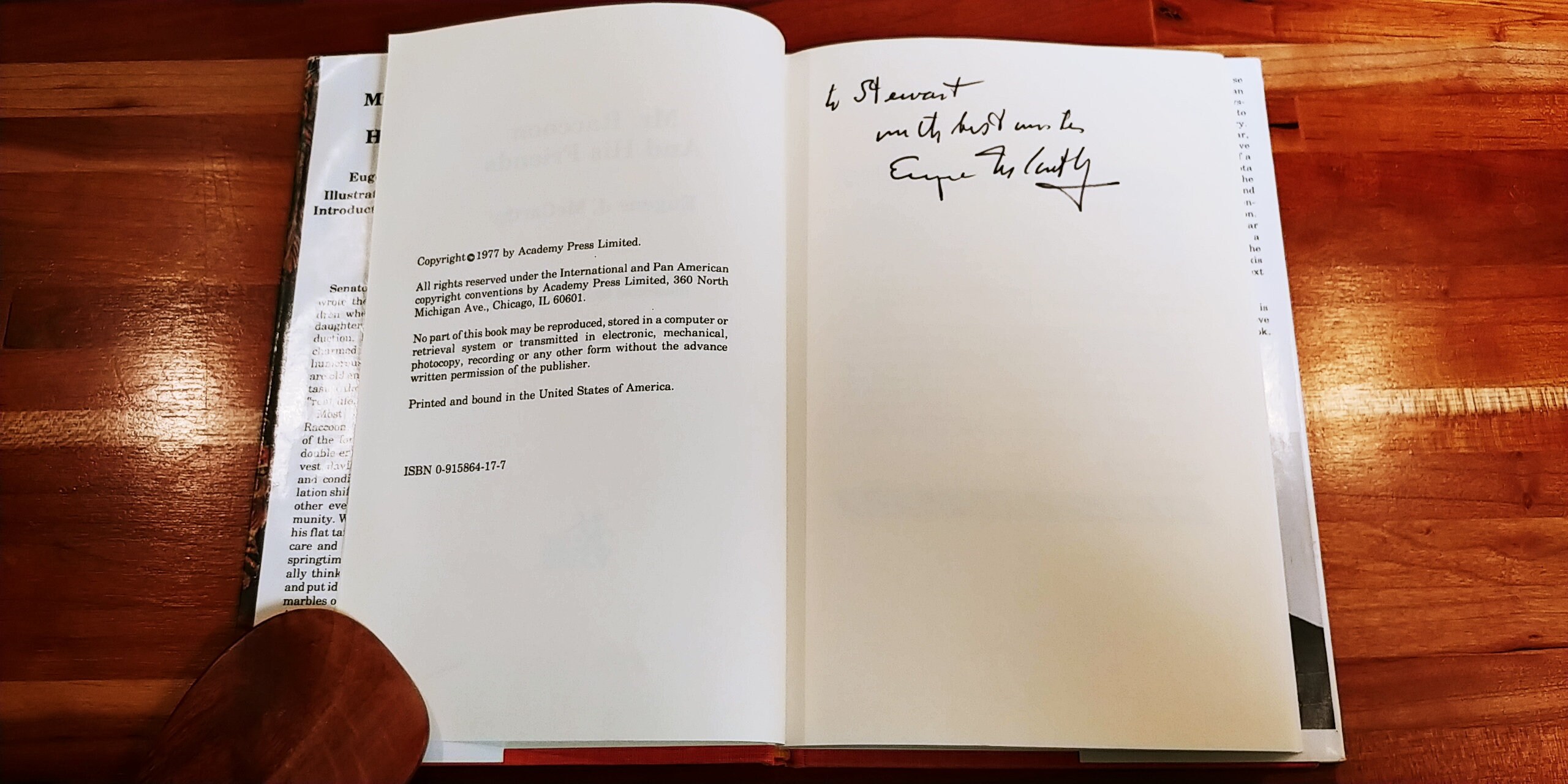 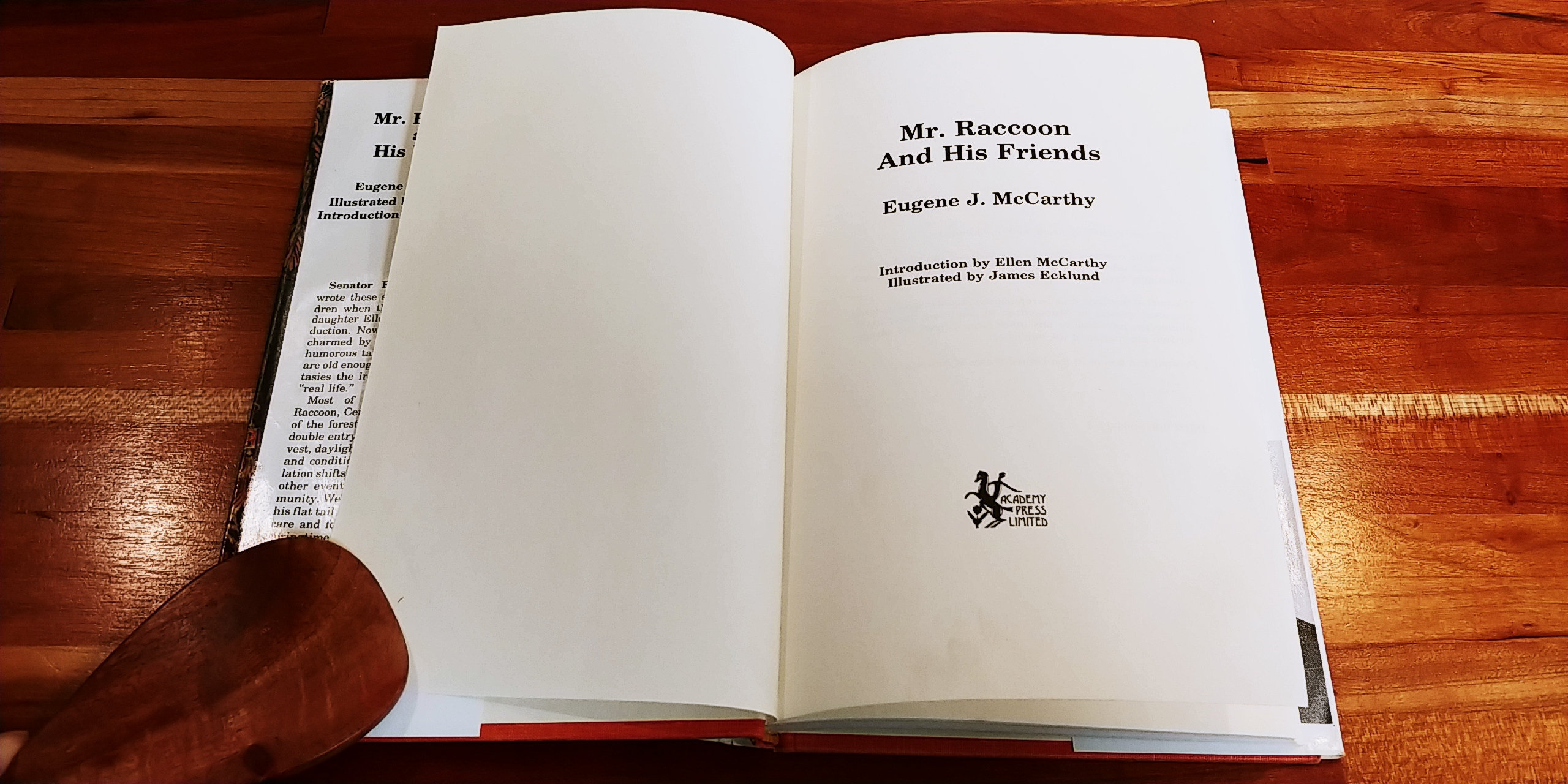 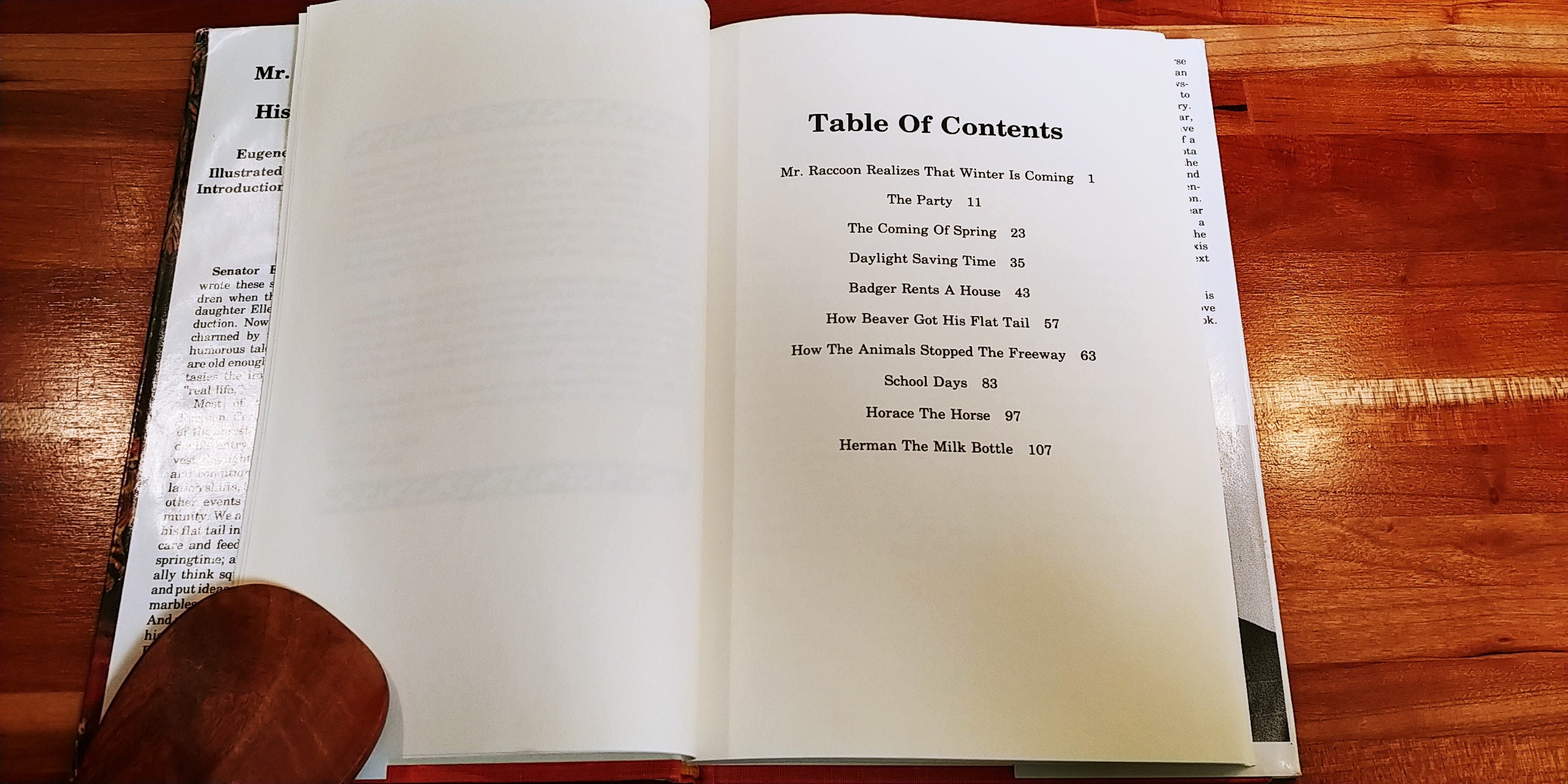 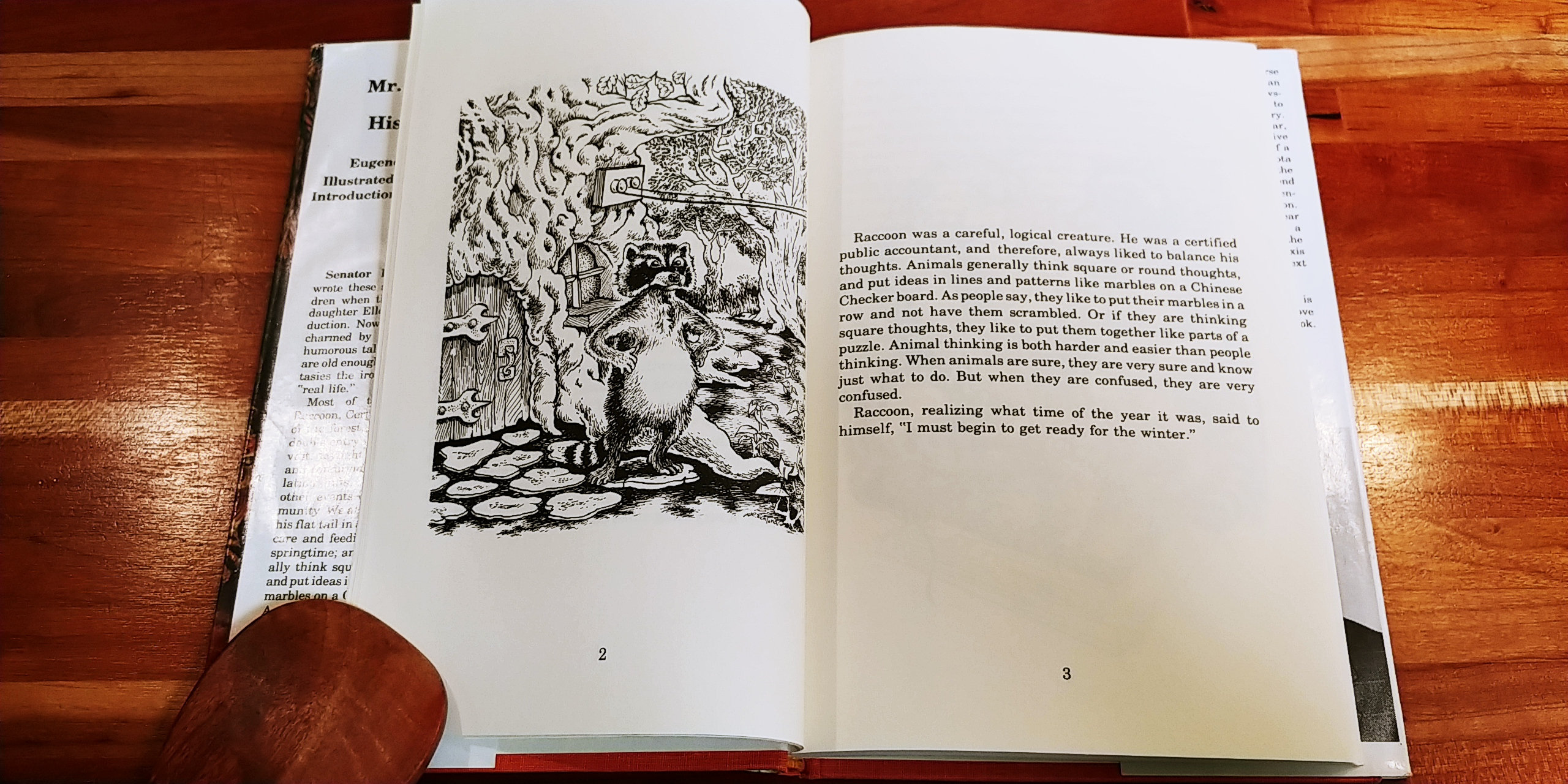 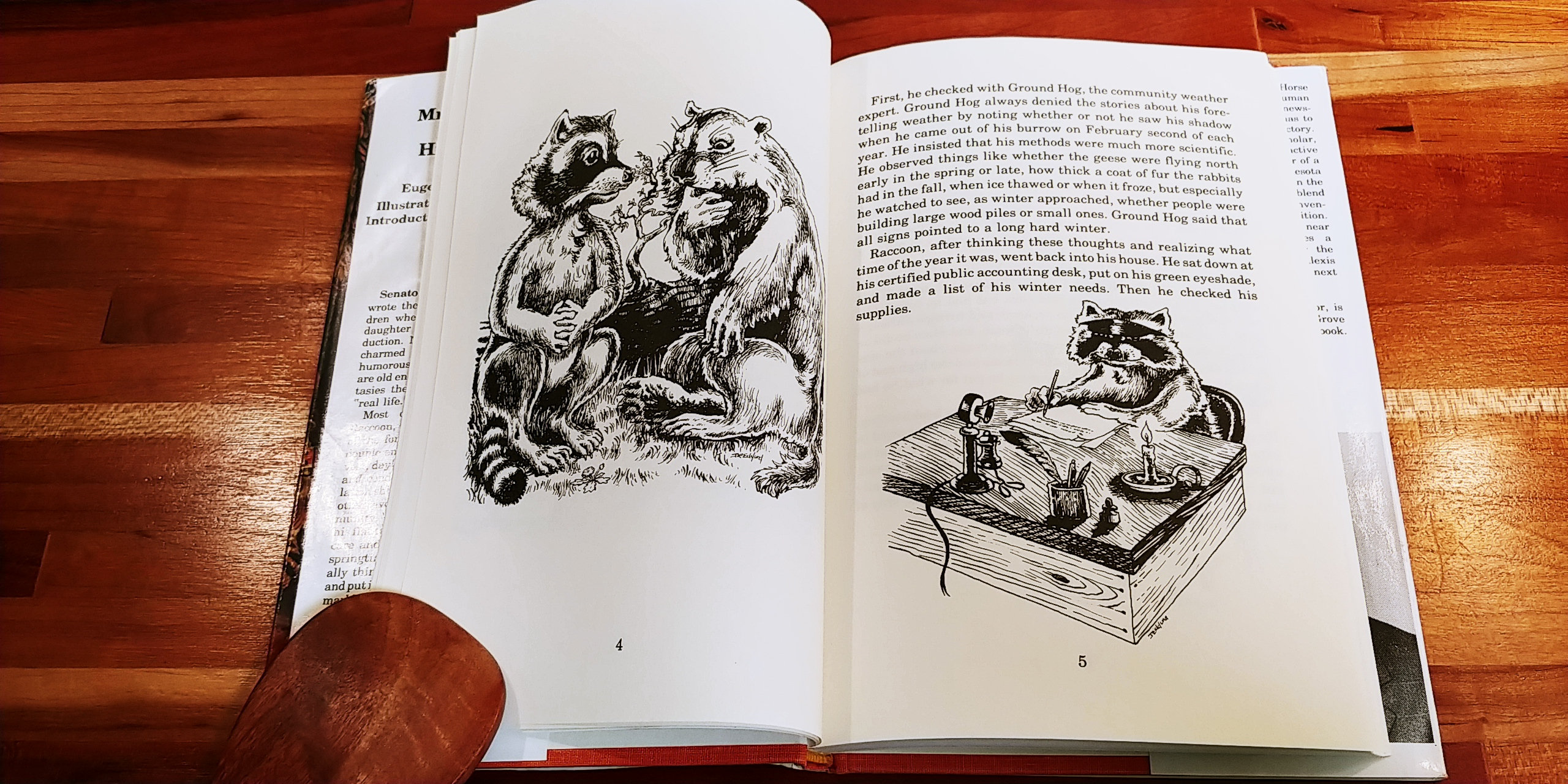 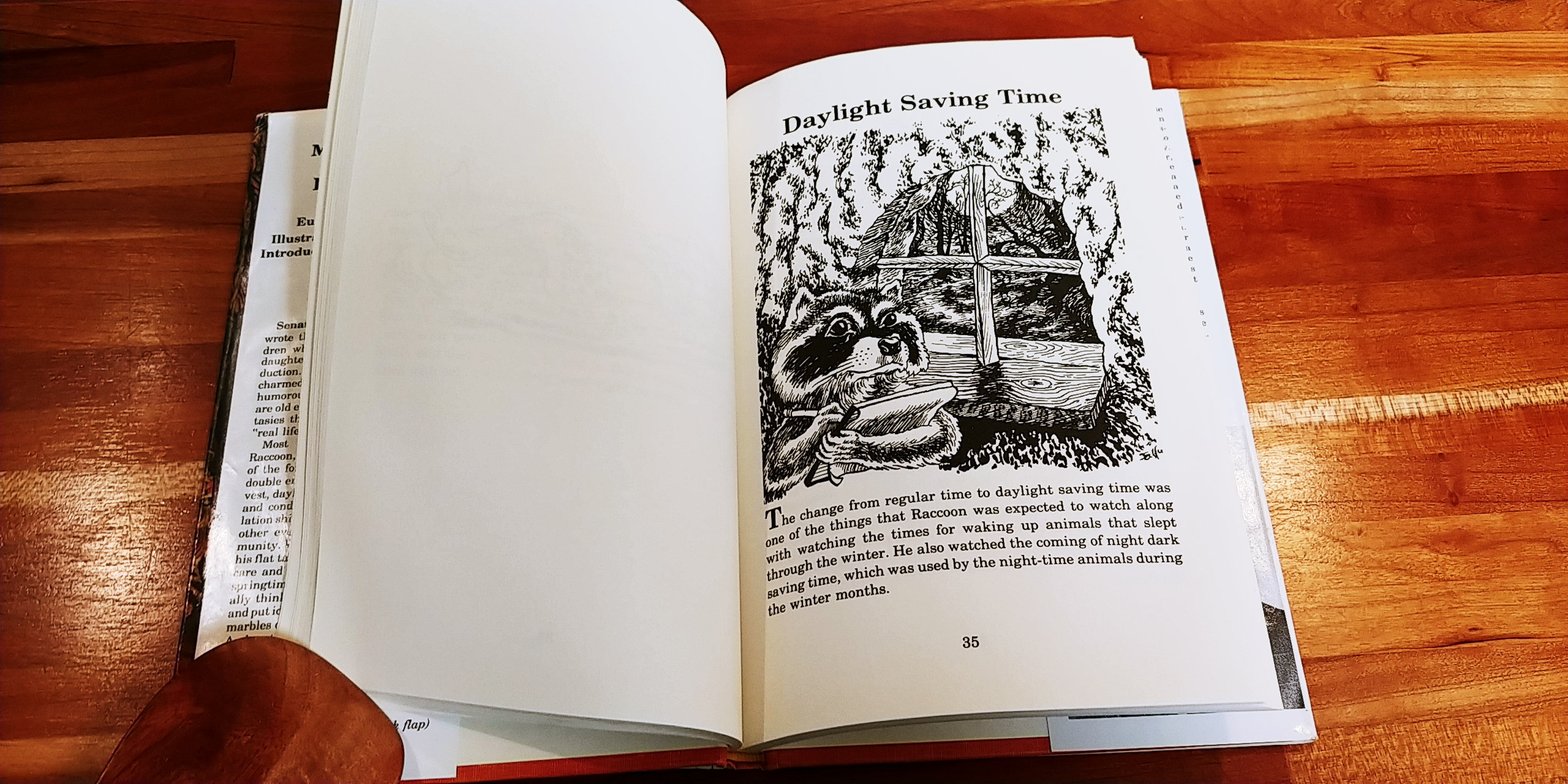 Signed first edition of Mr. Raccoon and His Friends, written by Senator Eugene J. McCarthy for his children.

Eugene McCarthy (1916 - 2005) represented Minnesota in the US House from 1949 - 1959 and the US Senate from 1959 - 1971, and in 1968 vied for the Democratic presidential nomination. Senator McCarthy remained politically active and influential throughout the rest of his life.

INTRODUCTION
by Ellen A McCarthy
October 1, 1977

"These stories were first told a long time ago, perhaps as long ago as a quarter of a century, when I was five or six or seven, and my brother Michael, and my sisters, Mary and Margaret, were even younger than that. They are make-believe stories that were made up by our father. Sometimes, Dad told them to entertain us on long cross-country trips and sometimes to answer what seemed at the time to be great puzzling questions, or sometimes as he tucked us into bed at night. No matter what the occasion, we always liked these stories best and whenever Dad told them it was a special occasion."

"Most of the stories show Mr. Raccoon, Certified Public Accountant of the forest, busily recording in his double entry system the autumn harvest, daylight savings time, the terms and conditions of hibernation, population shifts, the coming of spring, and other events of concern to the community. We also learn how Beaver got his flat tail in a domestic accident; the care and feeding of a sleepy Frog in springtime; and that "animals generally think square or round thoughts, and put ideas in lines and patterns like marbles on a Chinese checker board". And we tremble with Mr. Raccoon and his friends when human beings invade Riverside with bulldozers and dynamite and plans for a new freeway. How will they meet this challenge?"

Condition*: Near Fine/Very Good. Dust jacket: Closed tear at head of the spine taped from the inside; corner of front flap reinforced with tape from inside; minor shelf wear. Signed inscription on front flyleaf.