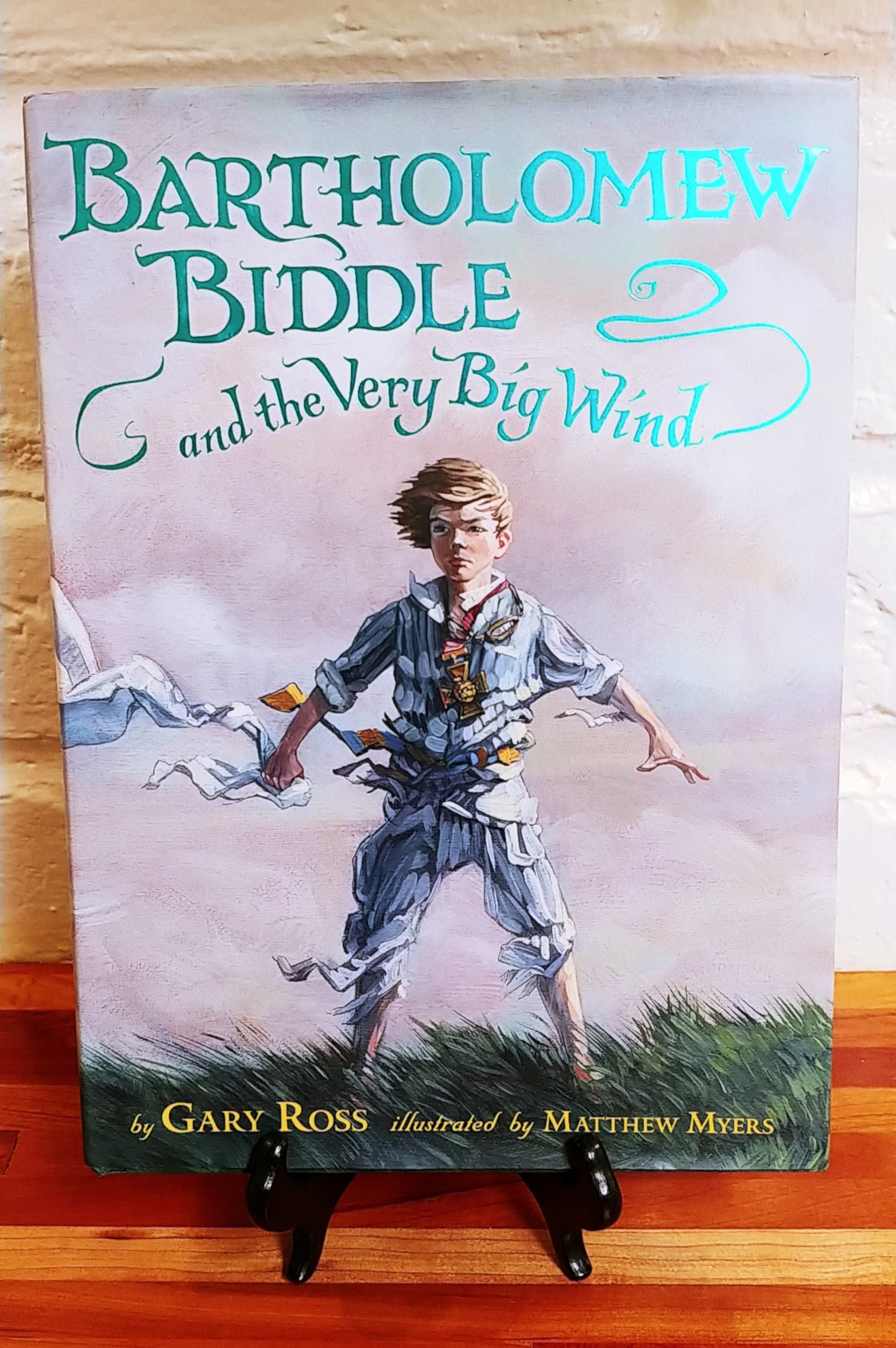 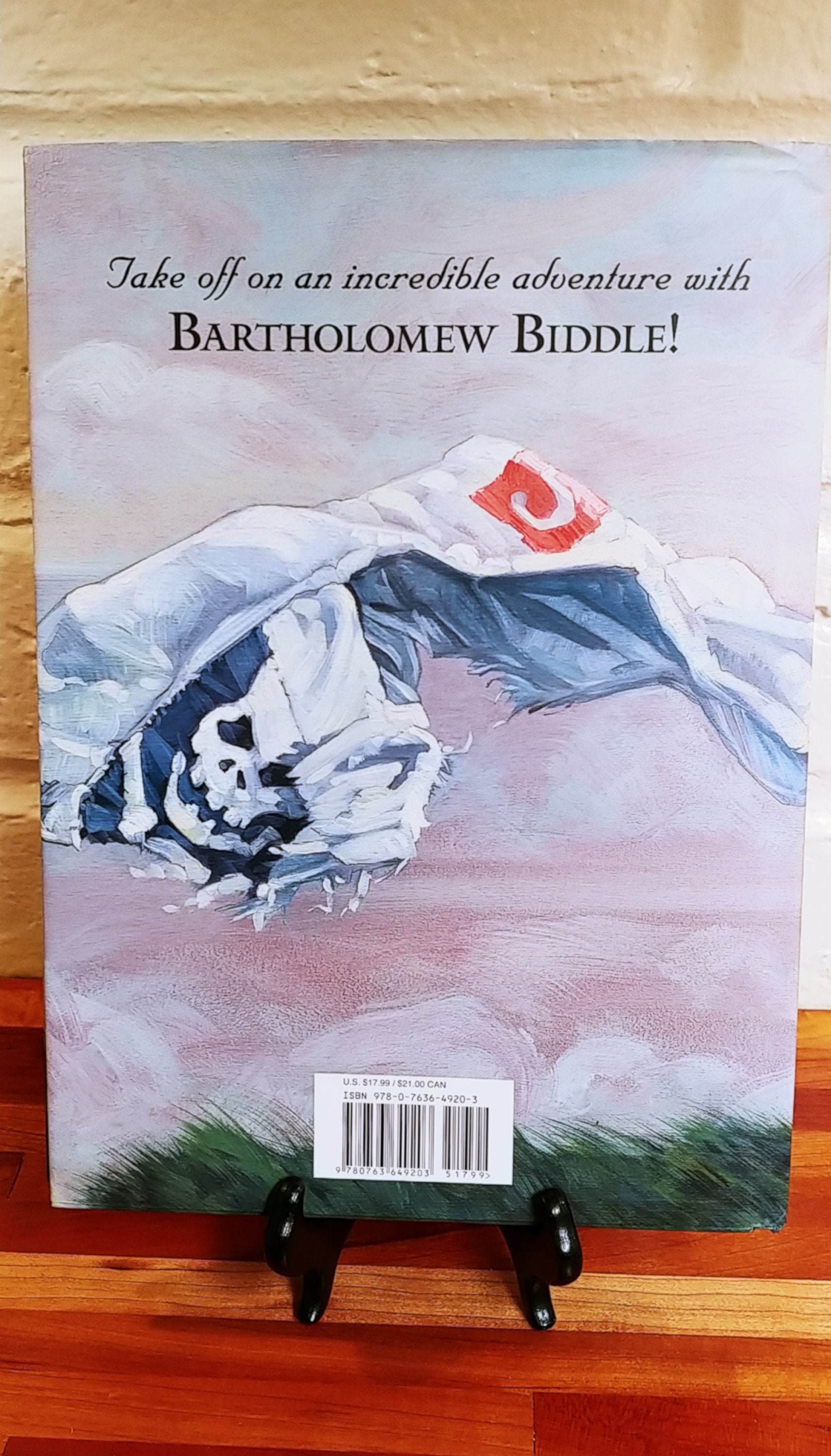 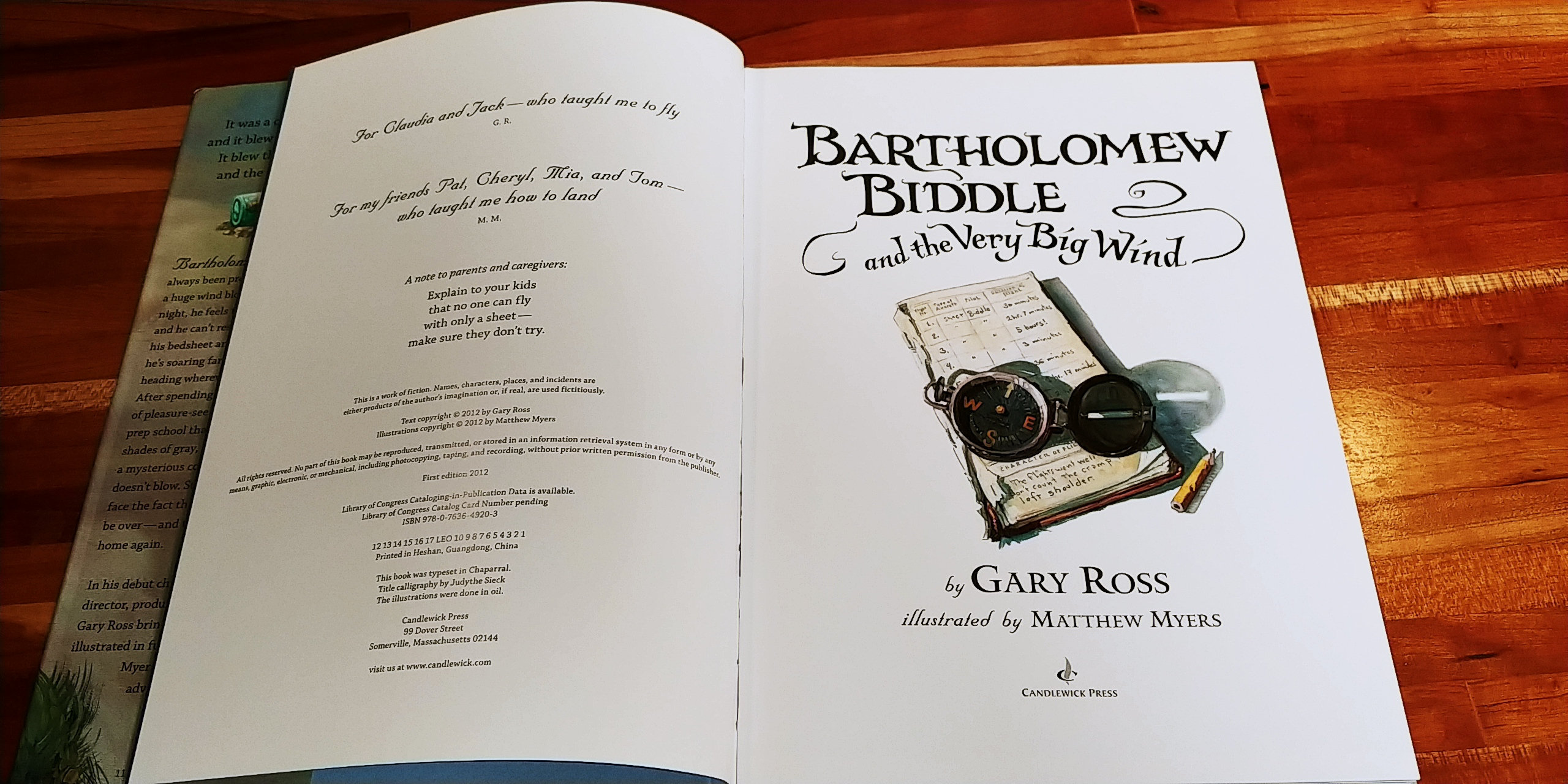 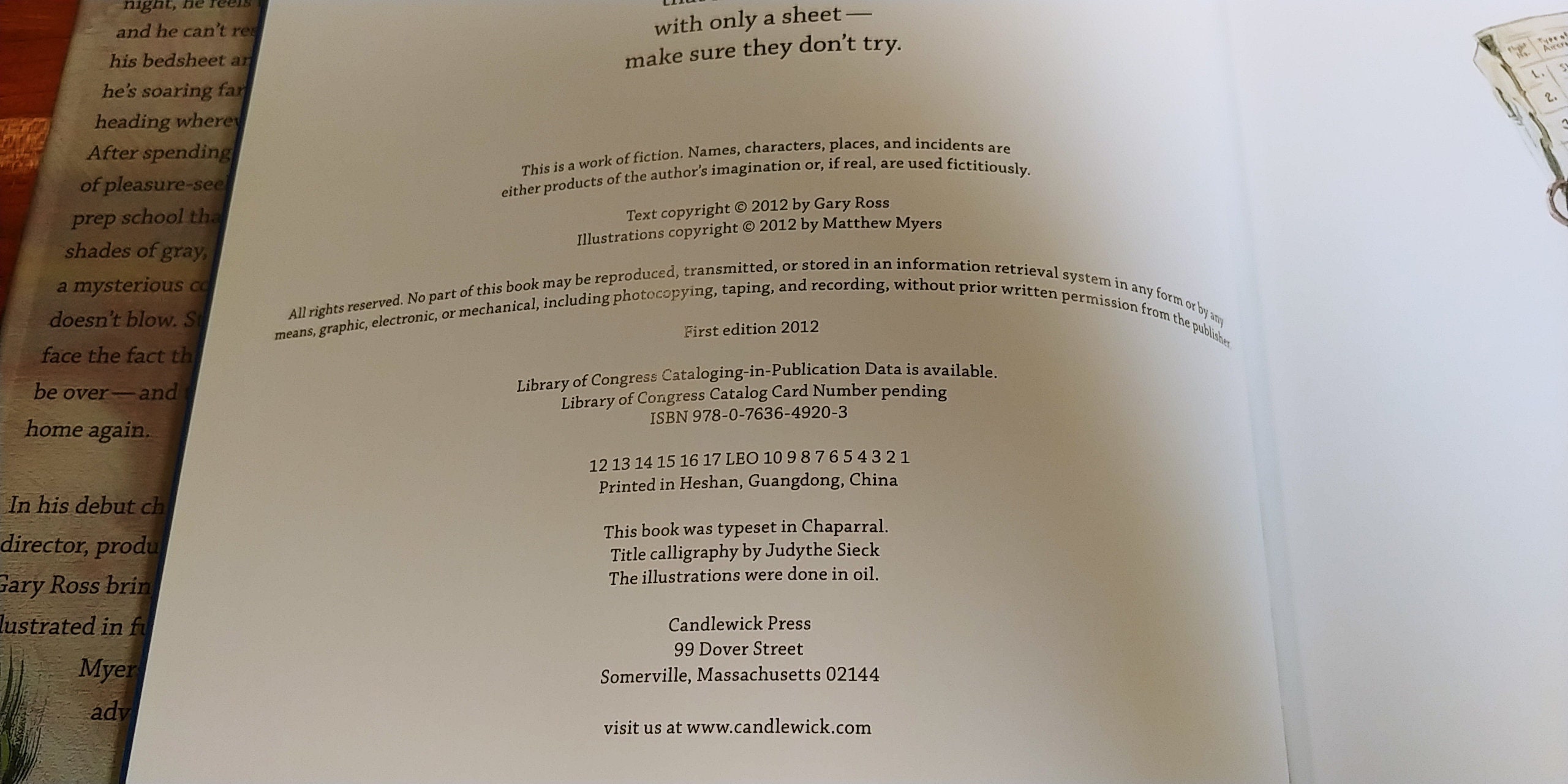 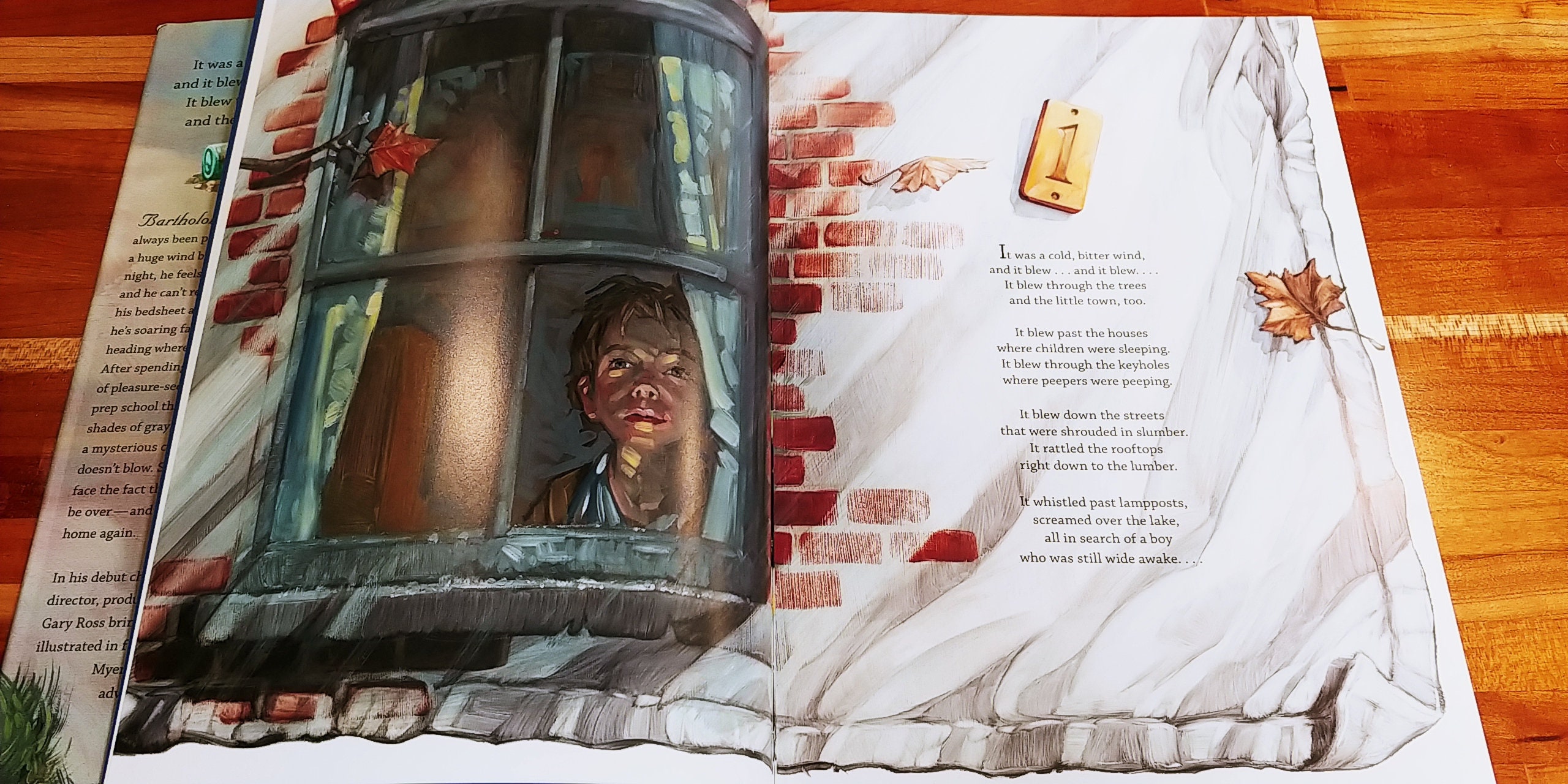 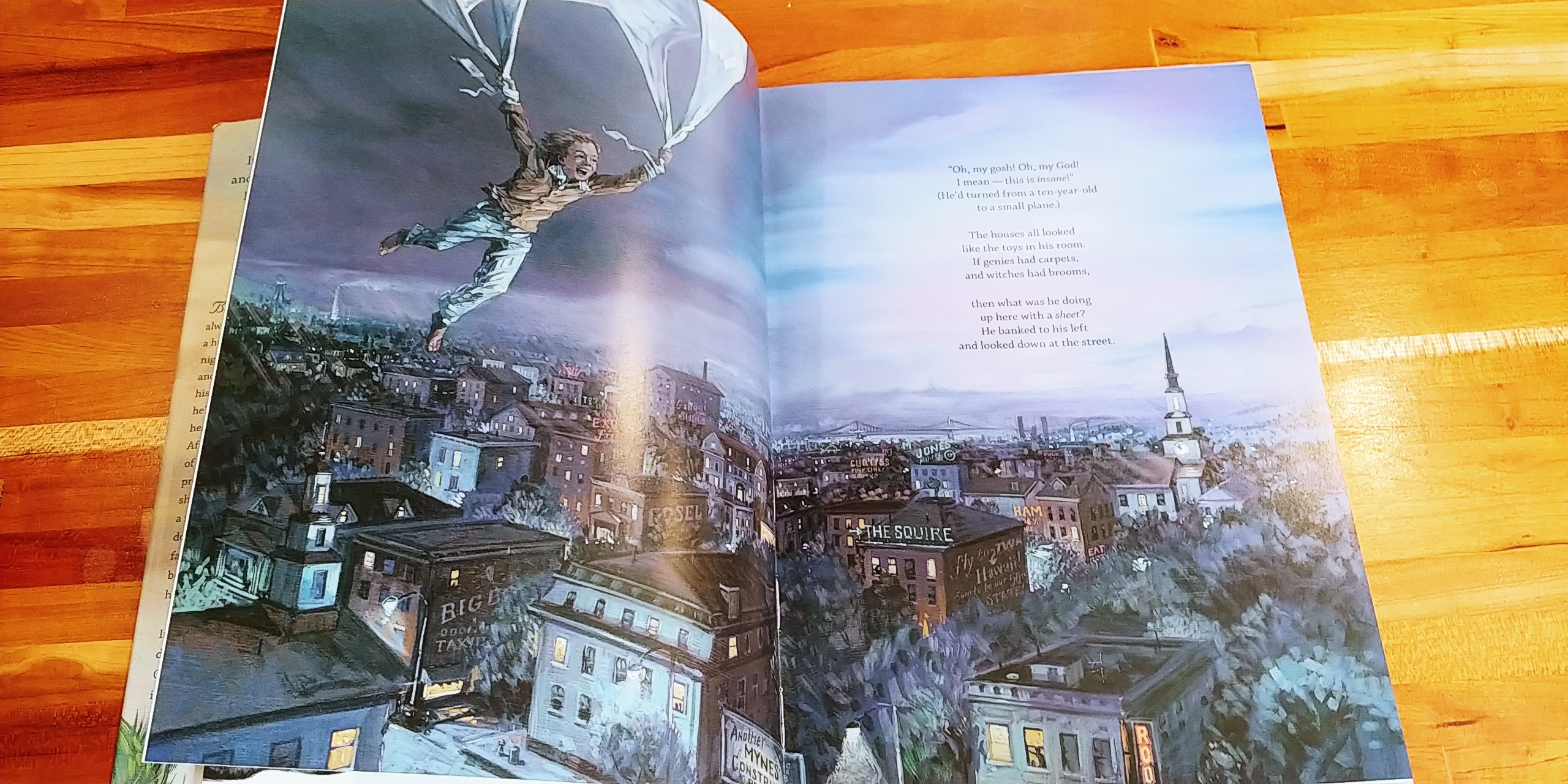 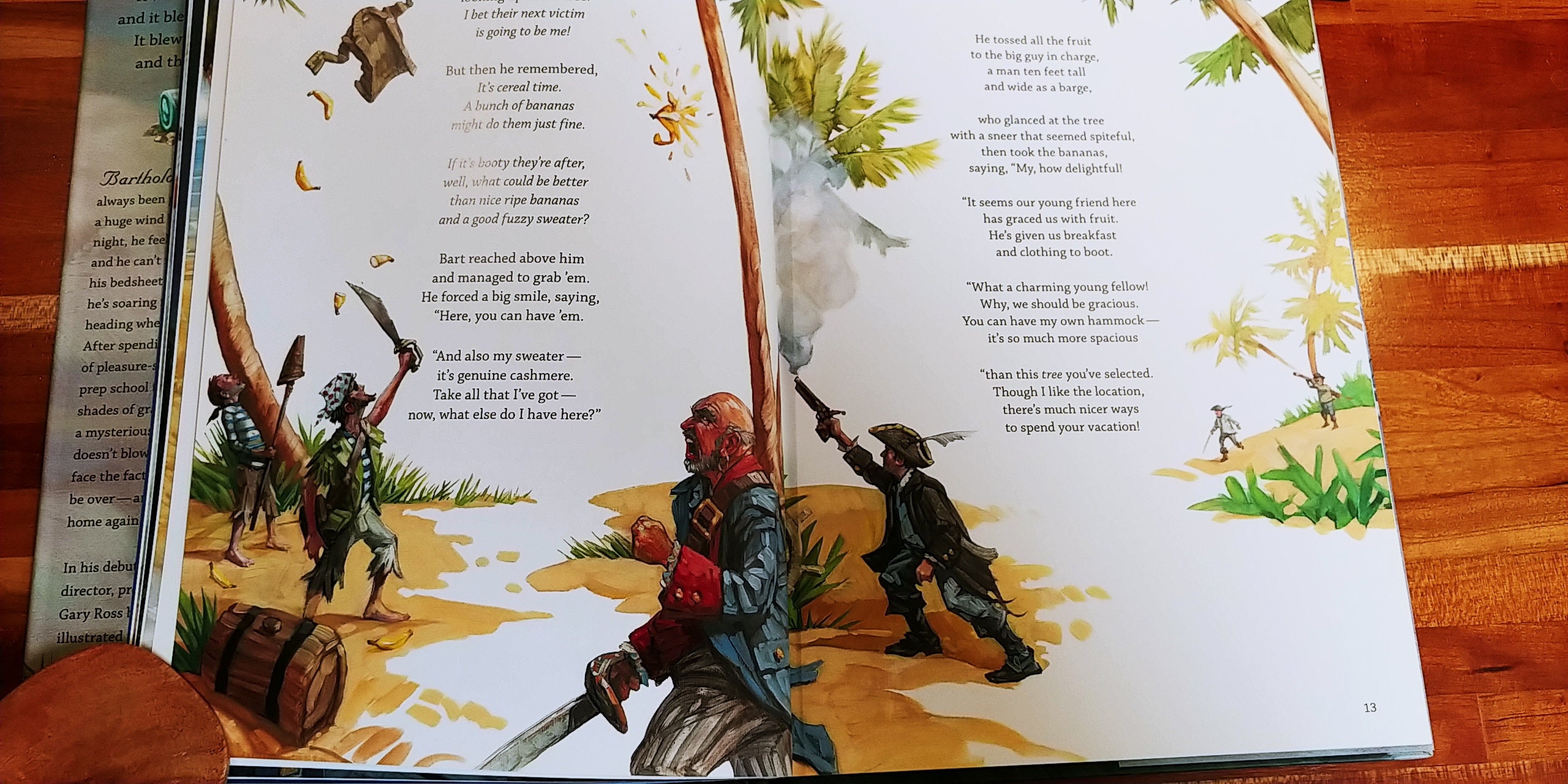 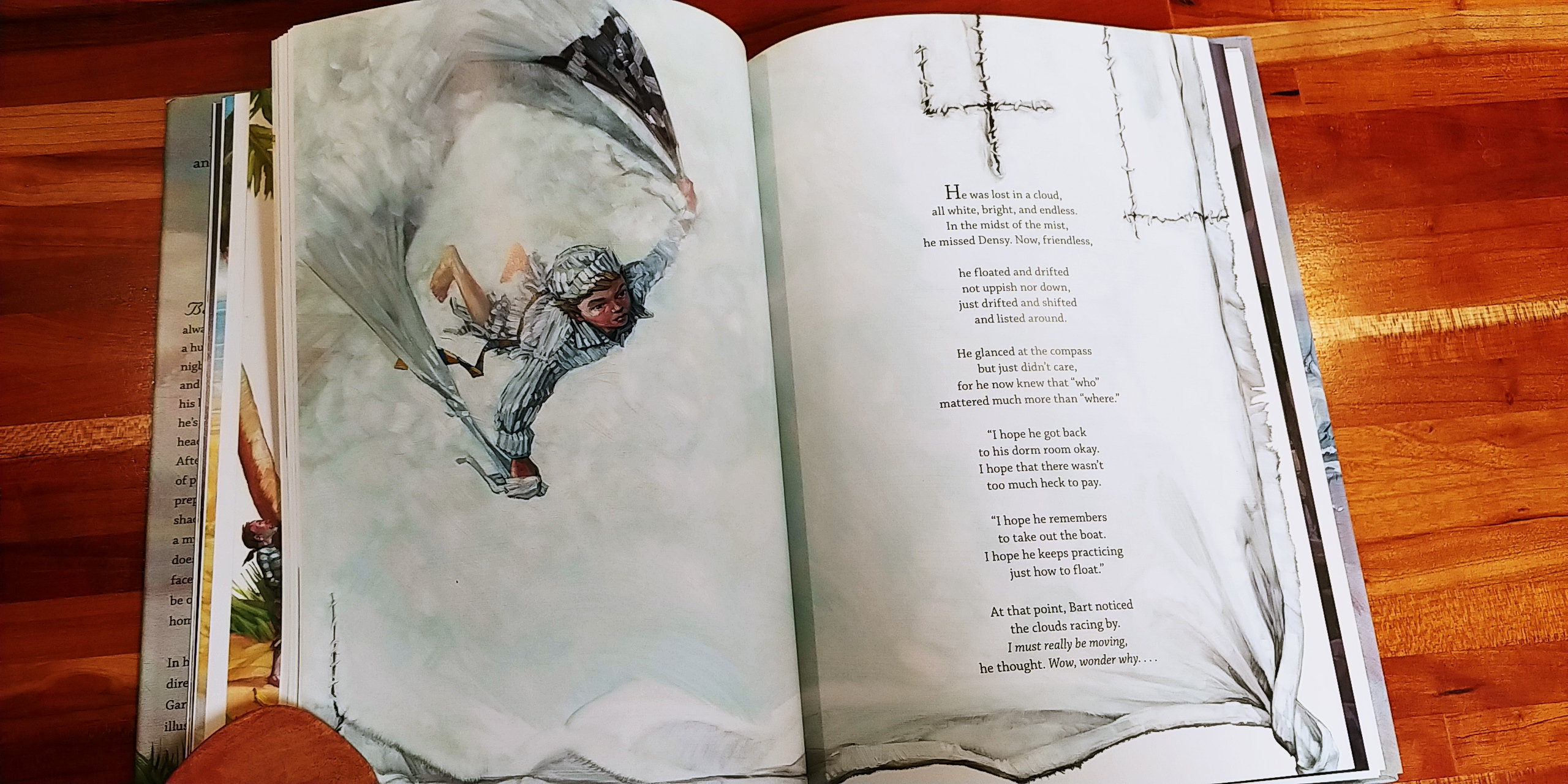 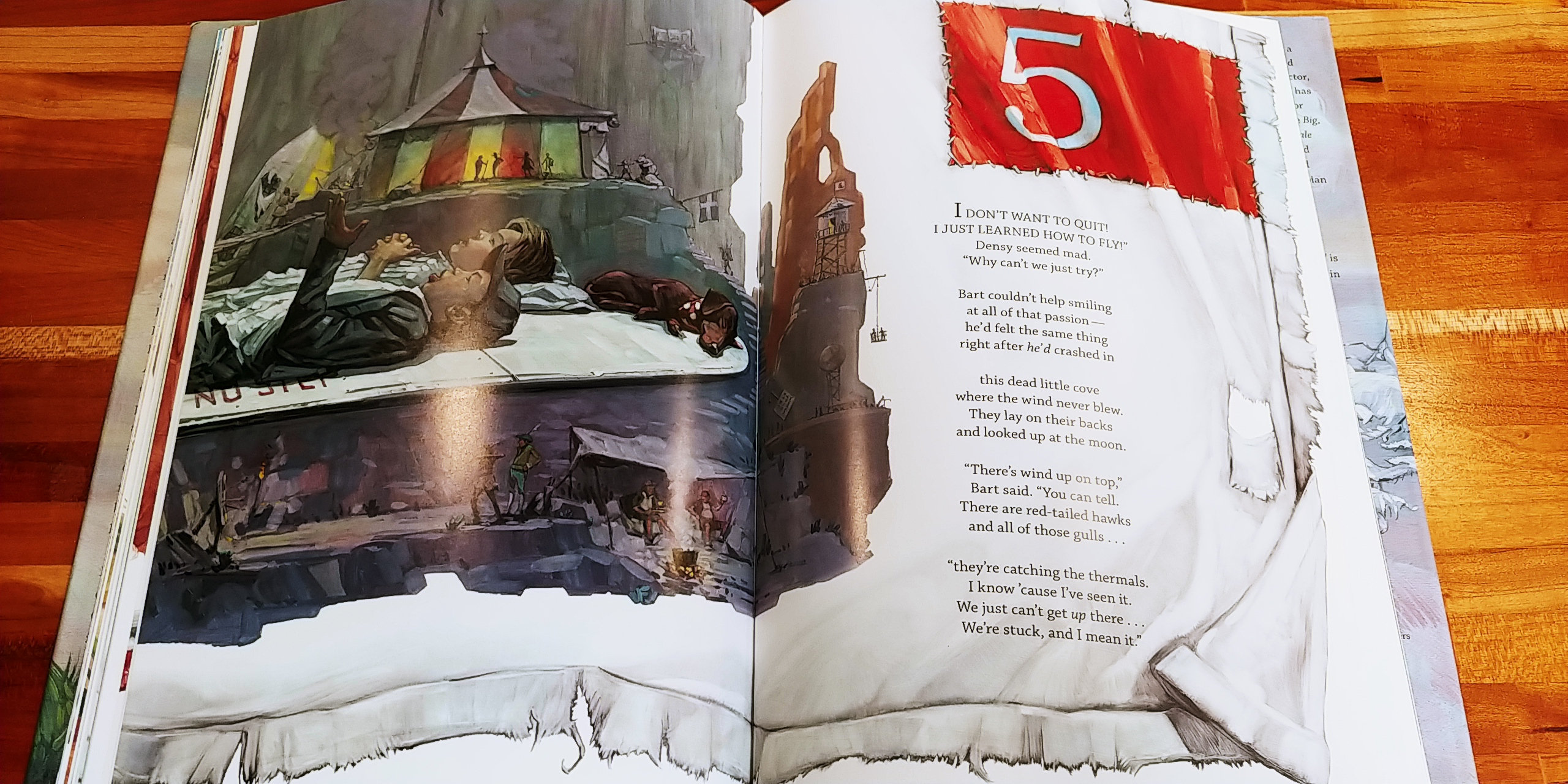 "It was a cold, bitter wind, and it blew...and it blew... It blew through the trees and the little town, too.

"Bartholomew Biddle's life has always been pretty ordinary, but when a huge wind blows past his window one night, he feels the call of adventure - and he can't resist the urge to grab his bedsheet and catch a ride. Soon he's soaring far above his little town, heading wherever the wind takes him. After spending time on an island full of pleasure-seeking pirates and at a rep school that boasts a hundred shades of gray, Bart finds himself in a mysterious cove where the wind doesn't blow. Stuck, Bart is forced to face the fact that his flying days might be over - and that he might never get home again."

Gary Ross is an Academy Award-nominated screenwriter, director, and producer. Films include Big, Save, Pleasantville, Seabiscuit, and The Tale of Despereaux, and he directed The Hunger Games. This is his first children's book.