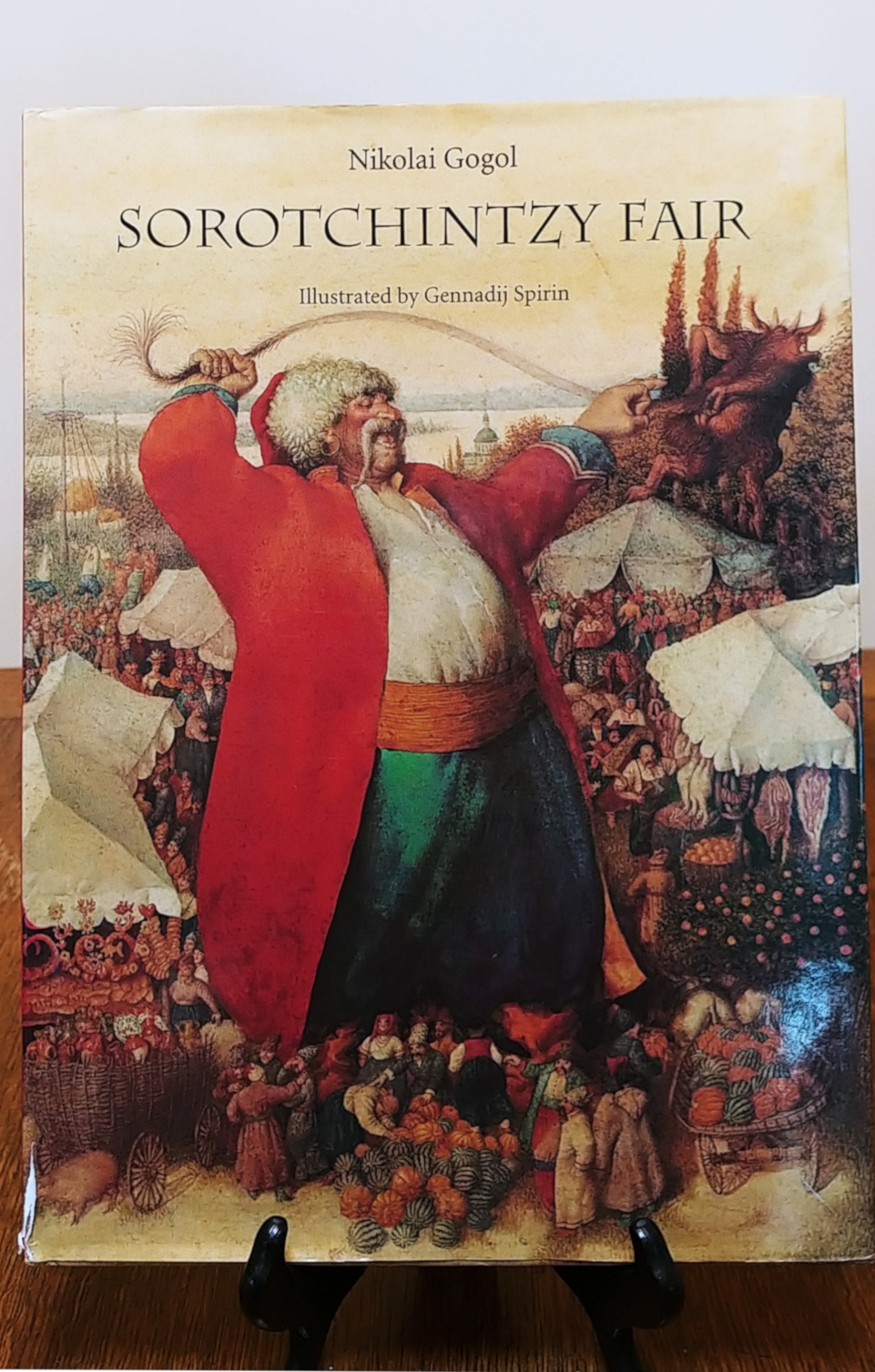 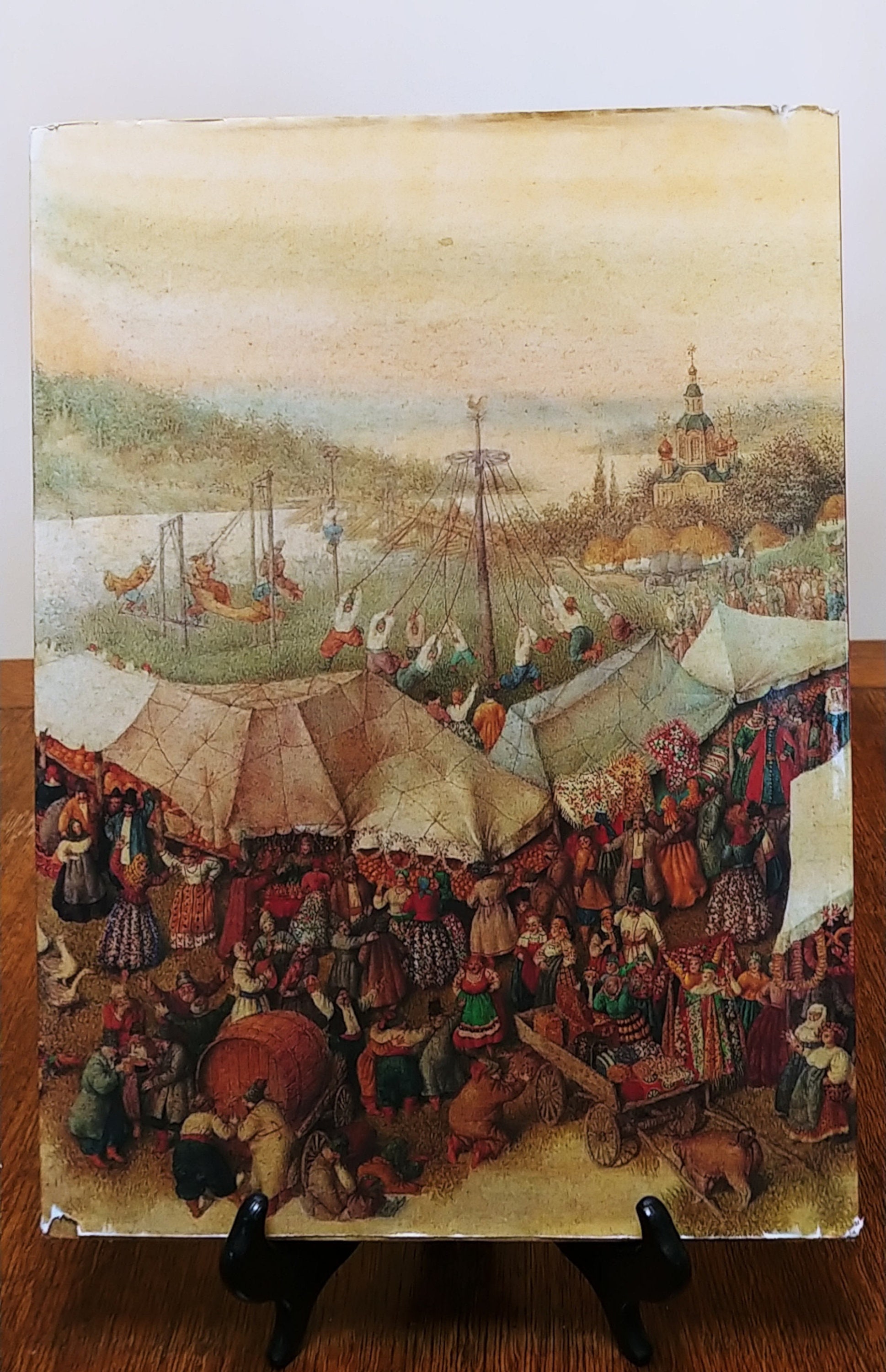 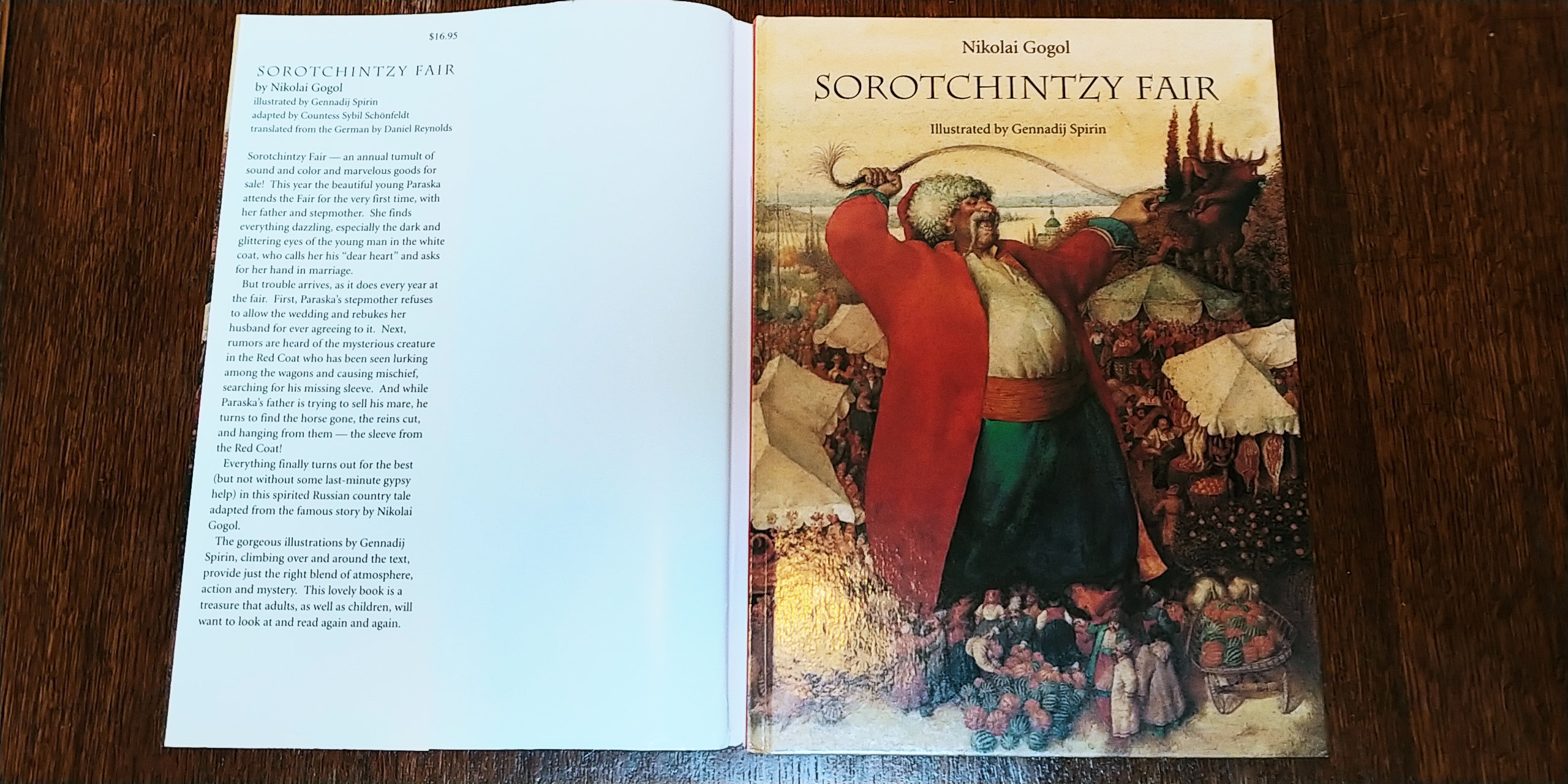 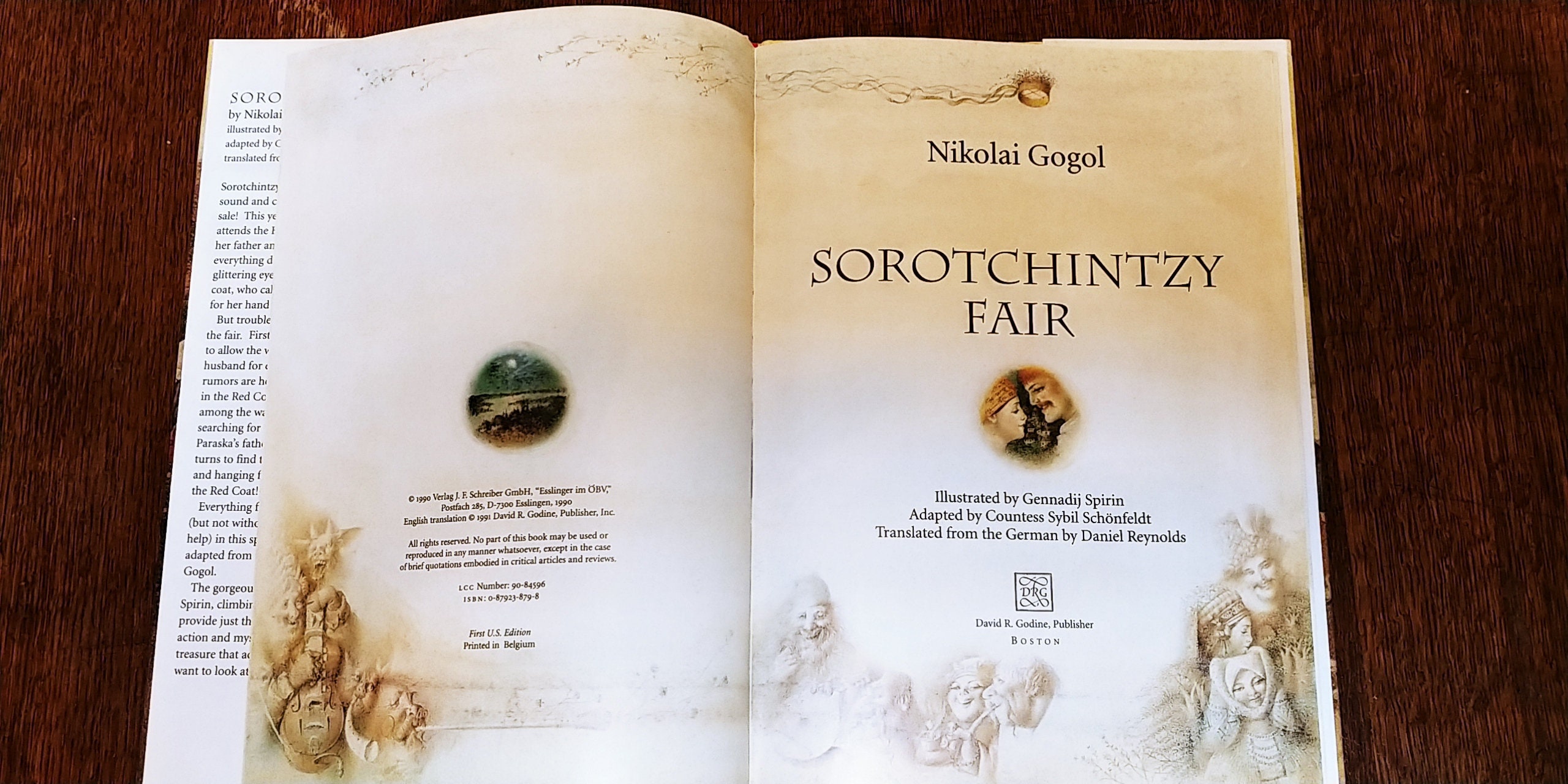 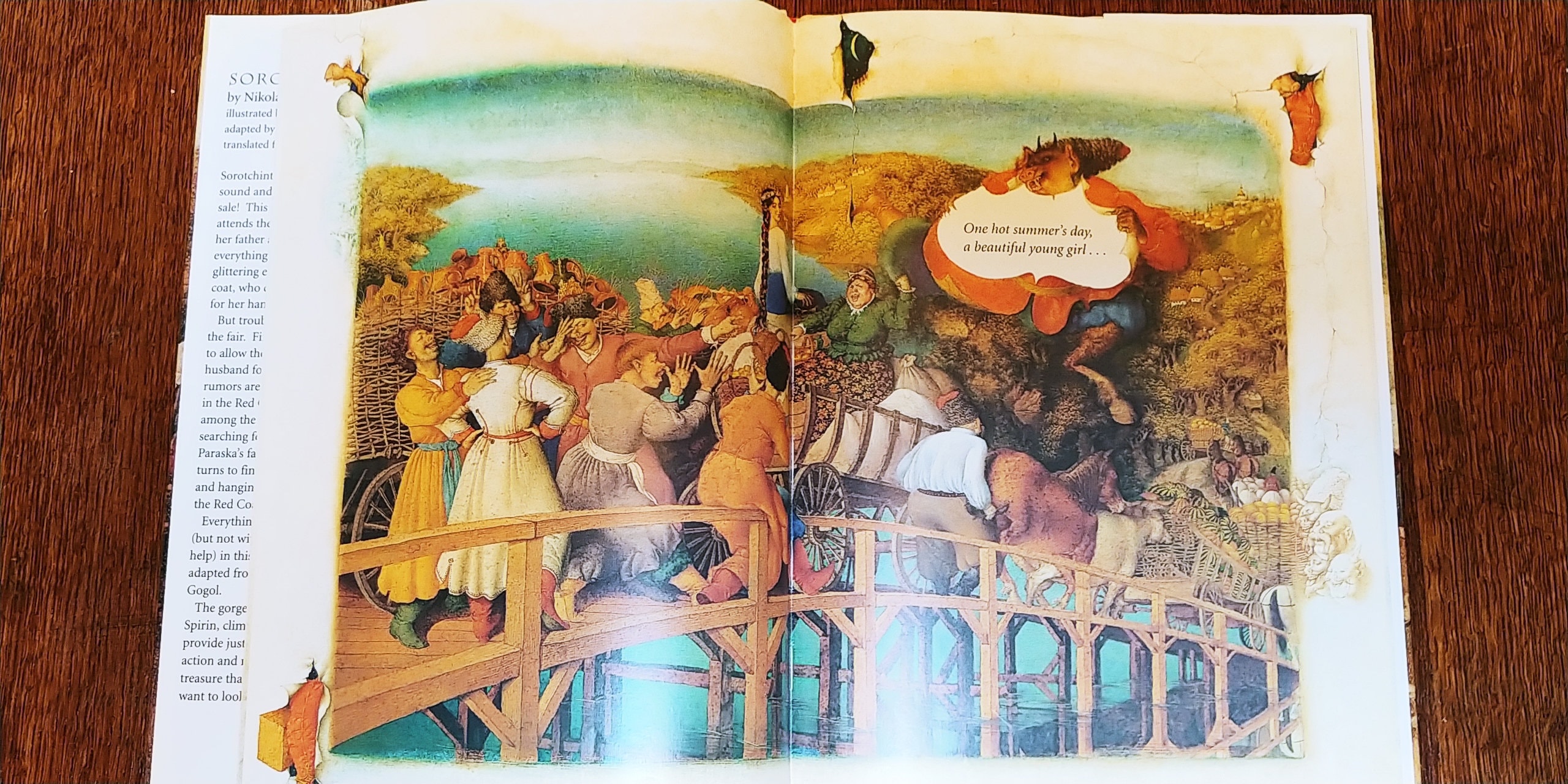 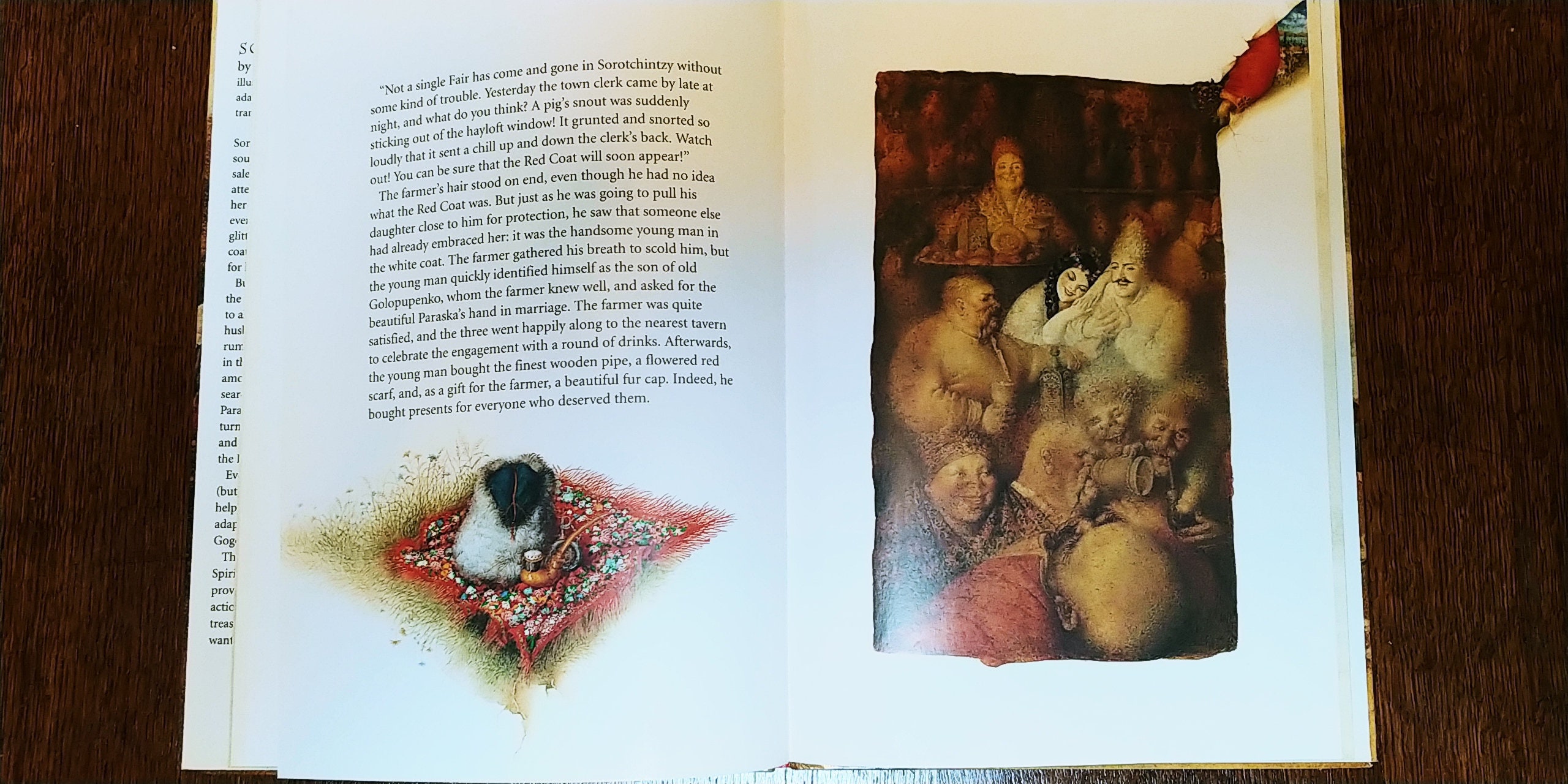 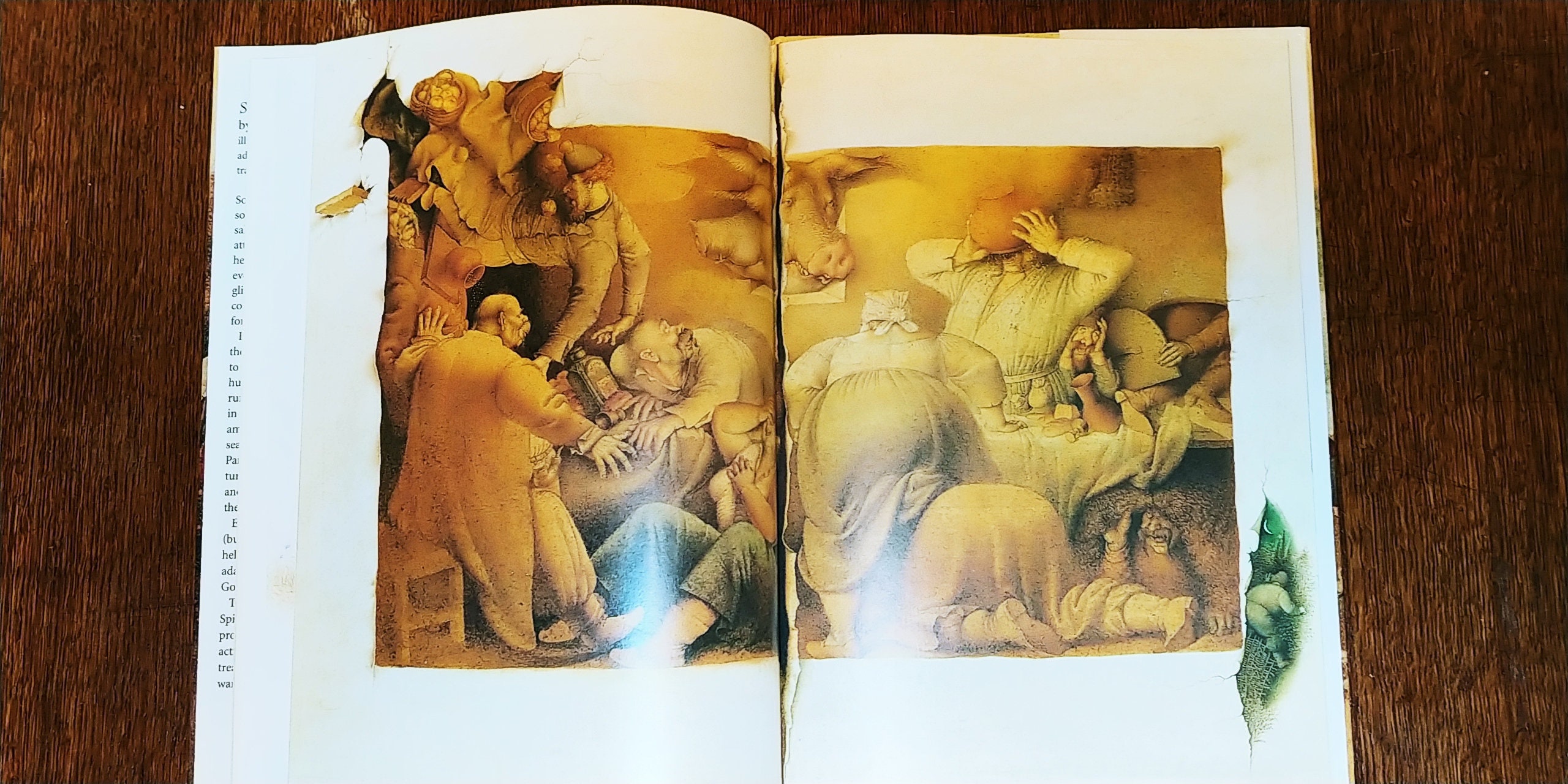 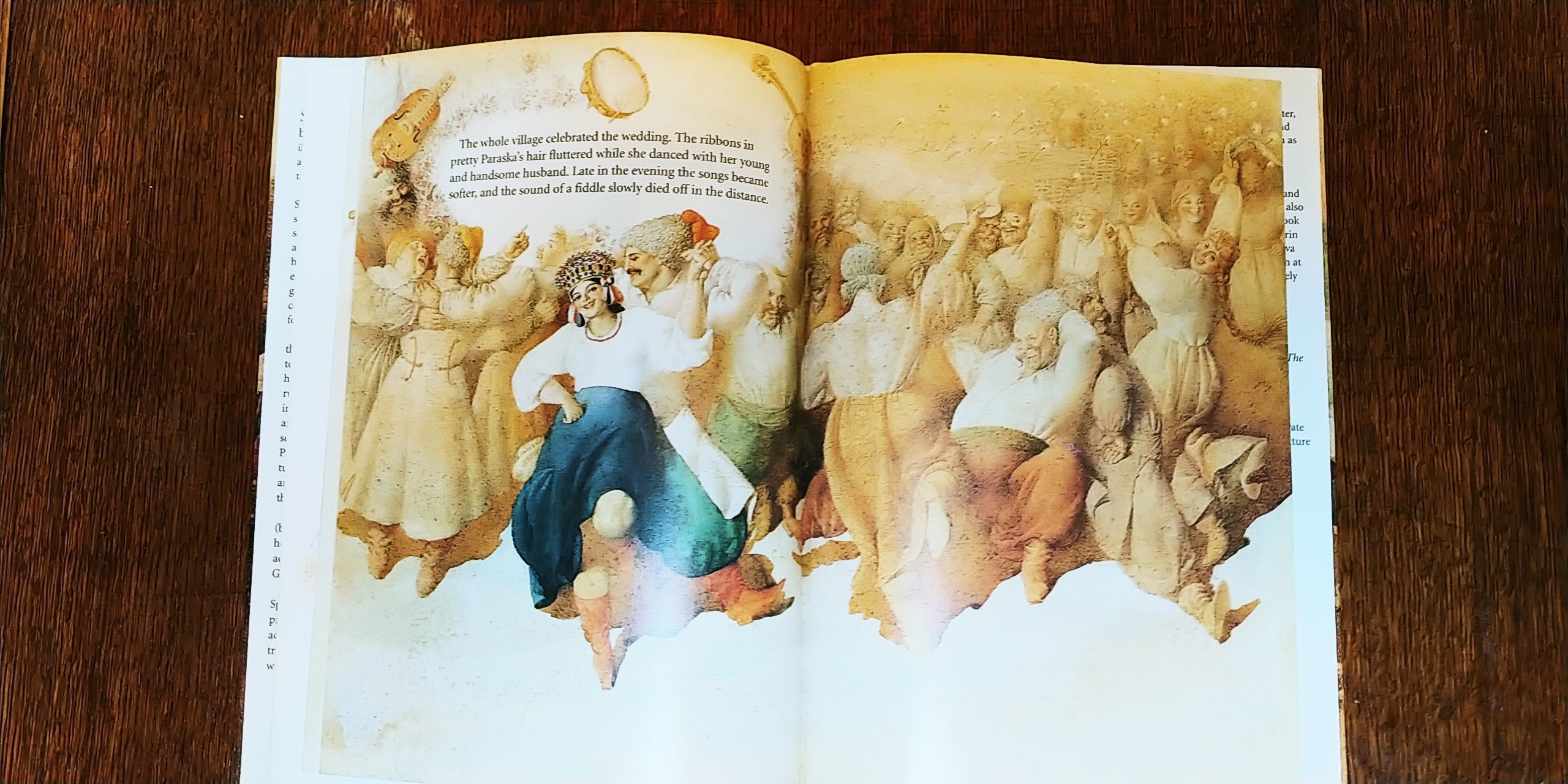 "One hot summer's day, a beautiful young girl named Paraska was riding with her father, who was a farmer, and her stepmother, a vain and greedy woman, to the Fair at Sorotchintzy. Their wagon, pulled by an ox, was stacked high with things to sell at the Fair, and Paraska's father drove a mare that he also hoped would fetch a good price. The dusty country bridge was bustling with other wagons, as well as with crowds of people, young and old alike, on their way to the Fair. Clever lads st on the bridge railings, seeing everything go by and making fun of it all.

"The stepmother, buttoned up to her neck in a green wool jacket, and a magnificent bonnet upon her head, glared scornfully at the young people below. But Paraska, who was being allowed to travel to the Fair for the very first time, watched everything and everybody wit great curiosity, especially one young man in a white coast, who had a friendly face and looked at her with dark and glittering eyes."

What a day it turns out to be! In this adaptation of Gogol's tale, the handsome young man proposes and Paraska says Yes!, the father agrees but the stepmother objects (of course), the Devil shows up in the form of a pig on his annual visit to the Fair to find the sleeve of his favorite red jacket, the farmer and his friend are chased around the village by a comedy of errors, and Paraska's fiance conspires with a gypsy to straighten it all out.

Nikolai Gogol (1809 - 1852) was a Ukrainian author, satirist, and playwright, born in Sorotchintzy, Ukraine, at the time governed within Imperial Russia. Gogol ushered in 19th century Russian Realism, a lasting influence on Russian literature. Among his most important works are Taras Bulba, Dead Souls, The Overcoat, and The Government Inspector.

Gennady Spirin (1948- ) captures the characters, colorful scenery, and chaos in beautifully-rendered pictures that weave in and out of the story. Mesmerizing to a child! Spirin is an award-winning Russian artist whose formal study and training are revealed in works that evoke medieval manuscripts and religious iconography. He's received four gold medals from the Society of Illustrators, the Golden Apple from the Bratislava International Biennial, the Grand Prix from the Barcelona International Biennial, and the first prize at the Bologna International Book Fair.