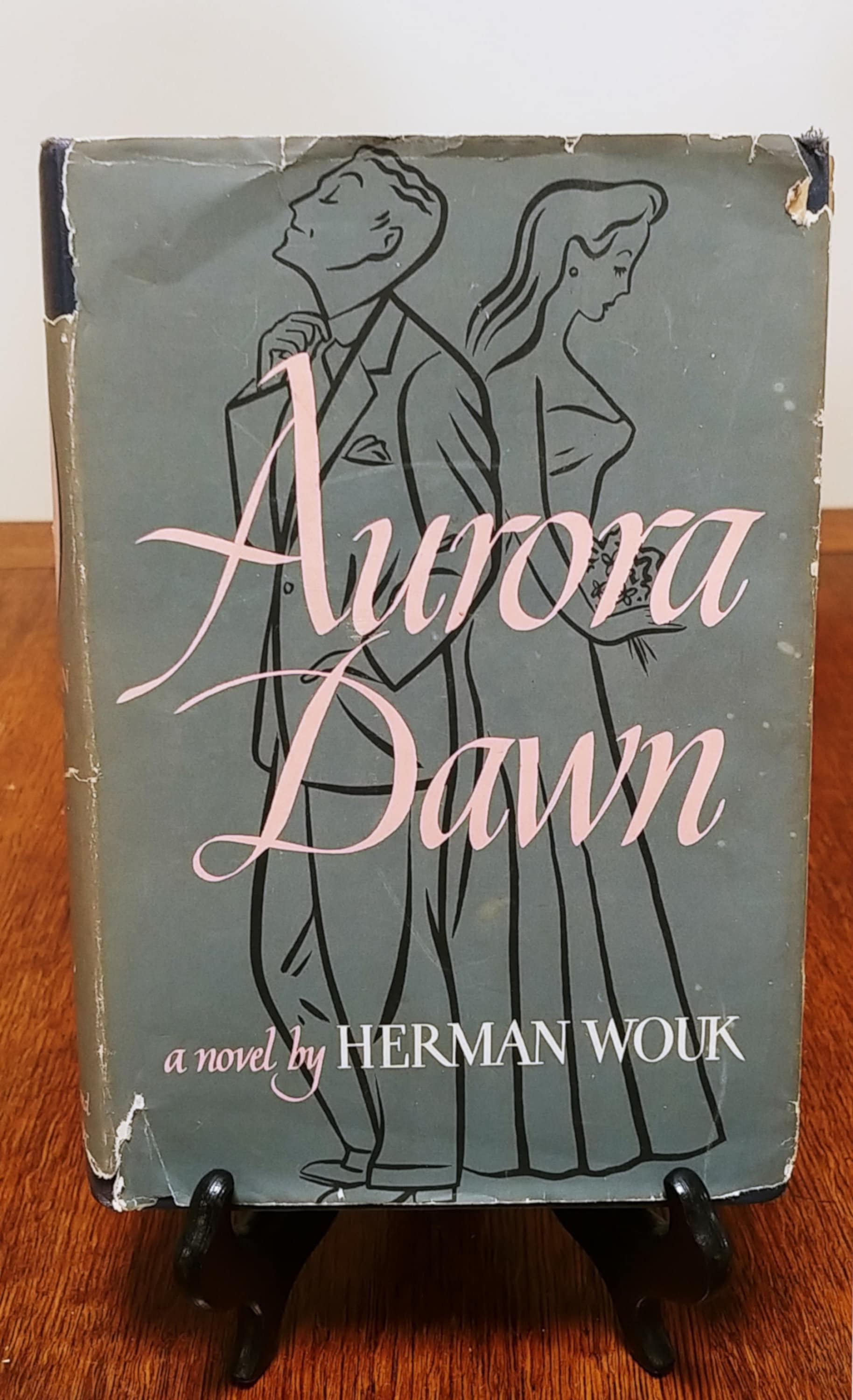 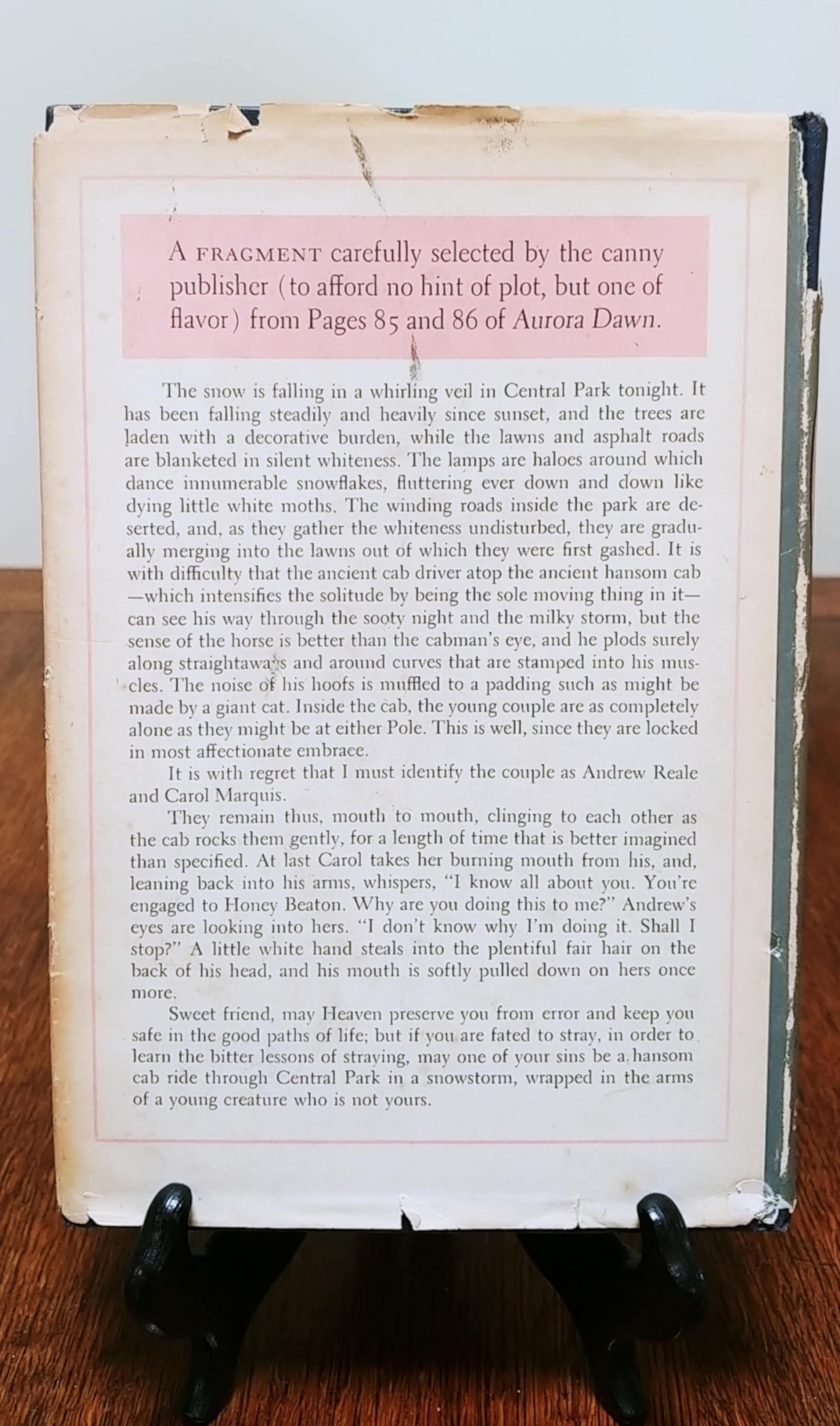 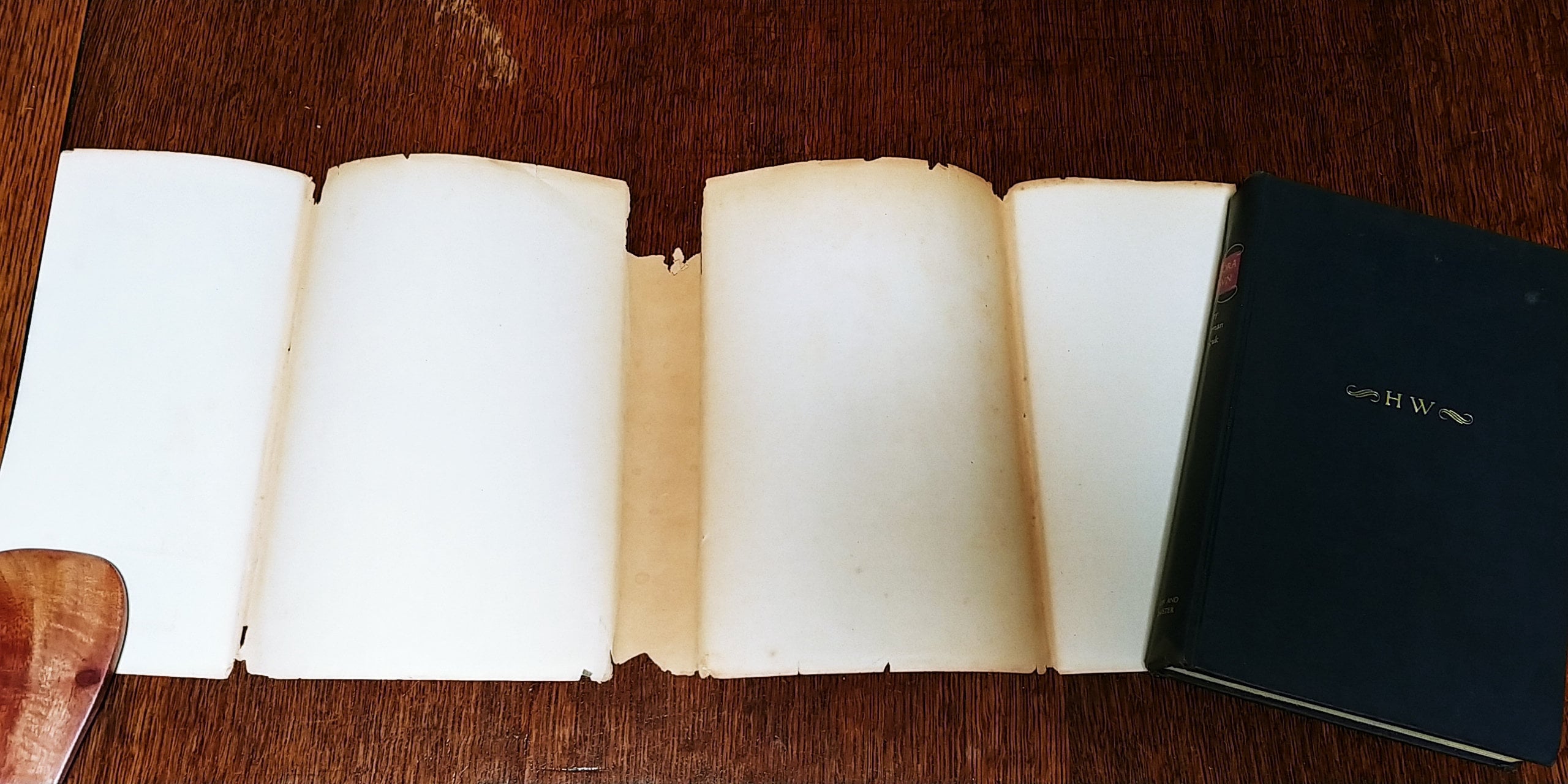 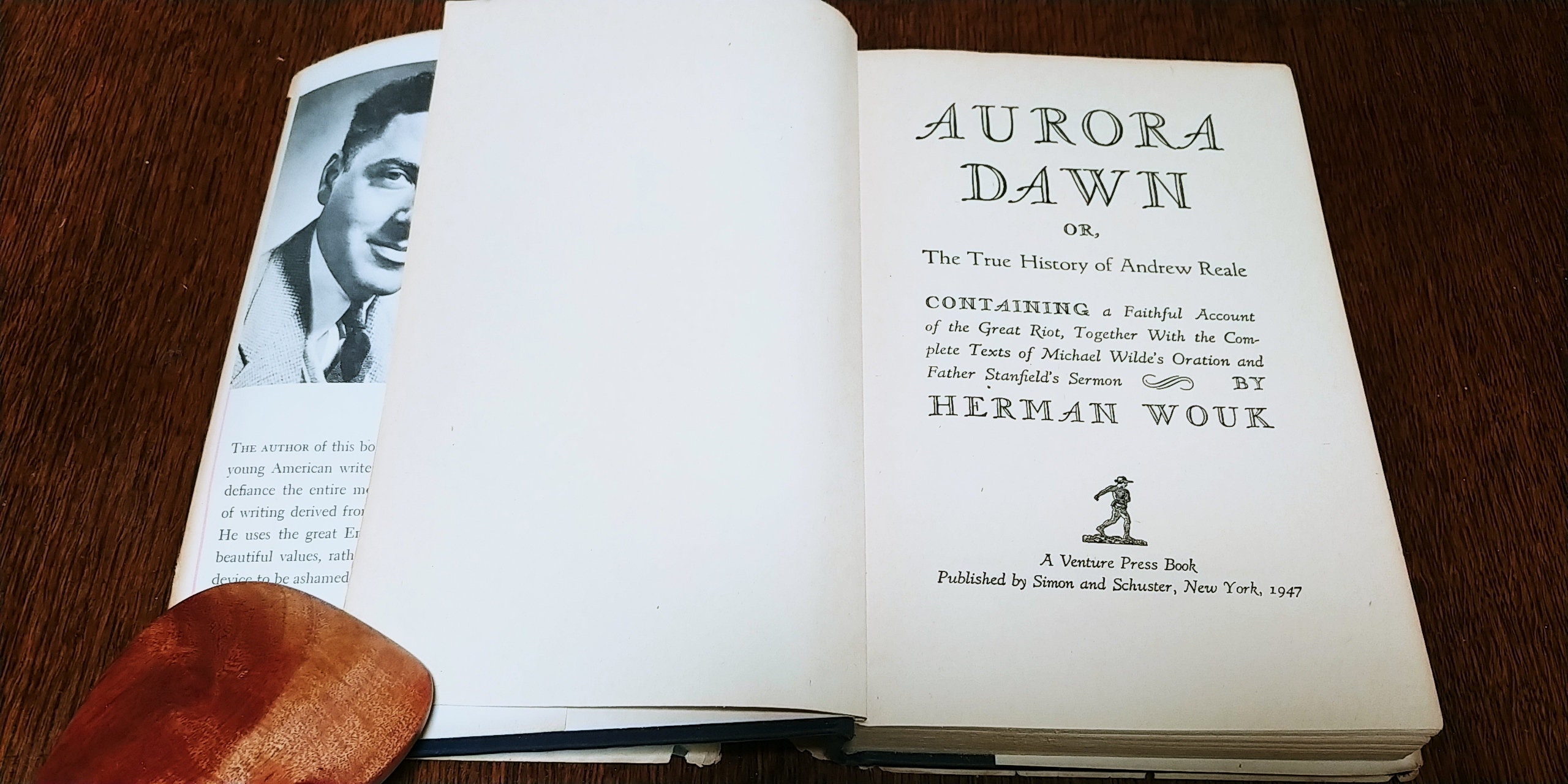 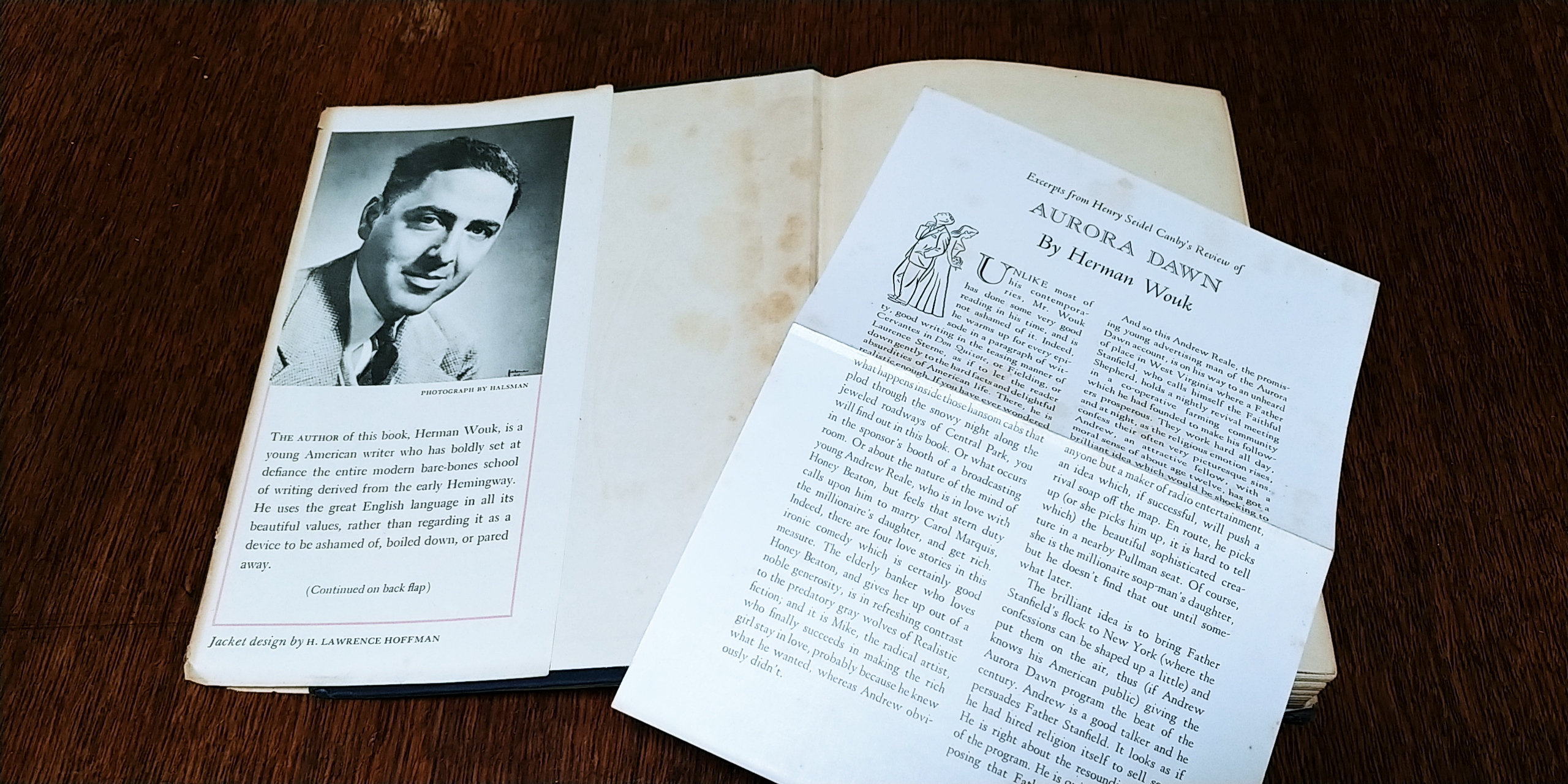 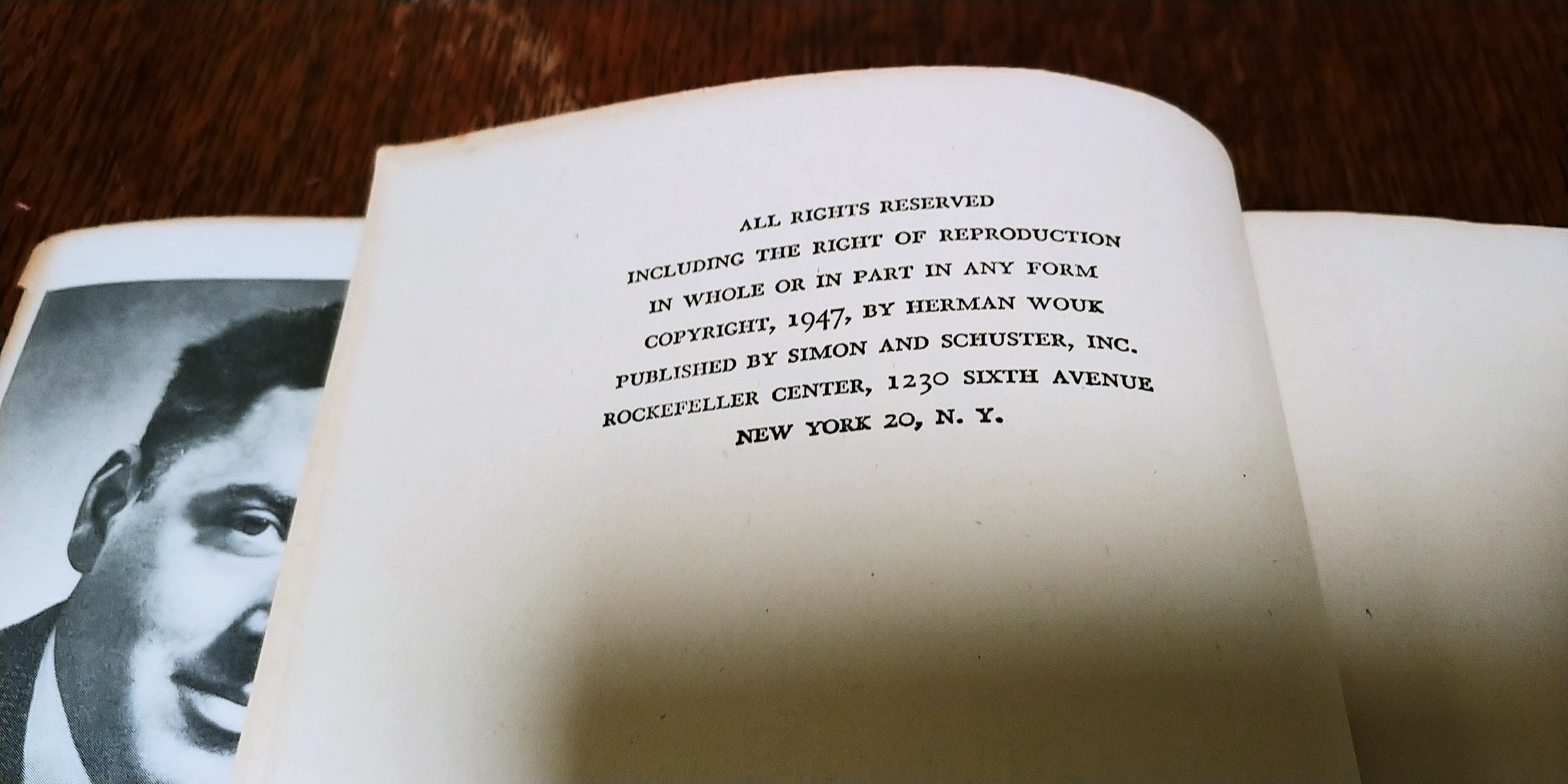 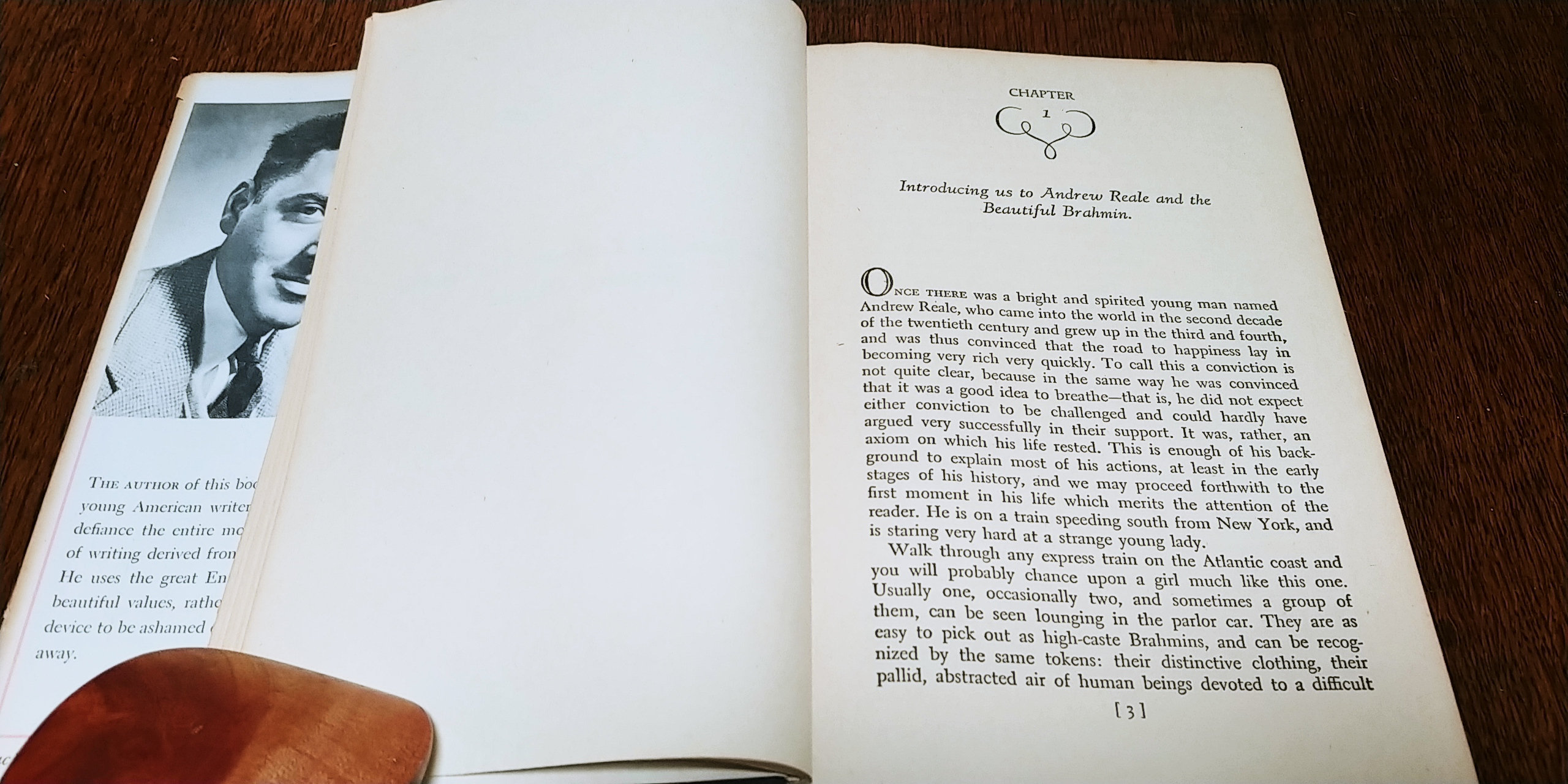 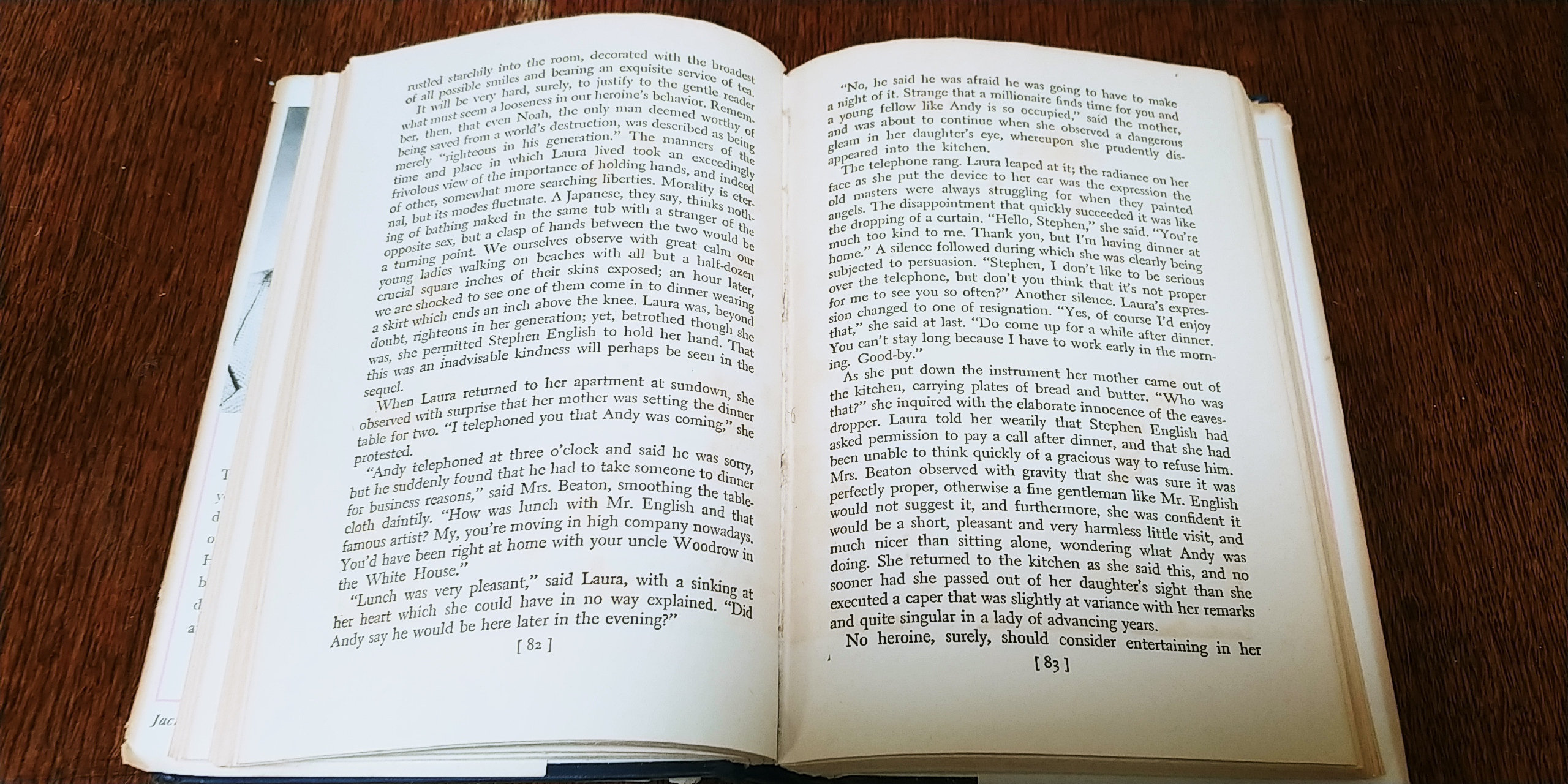 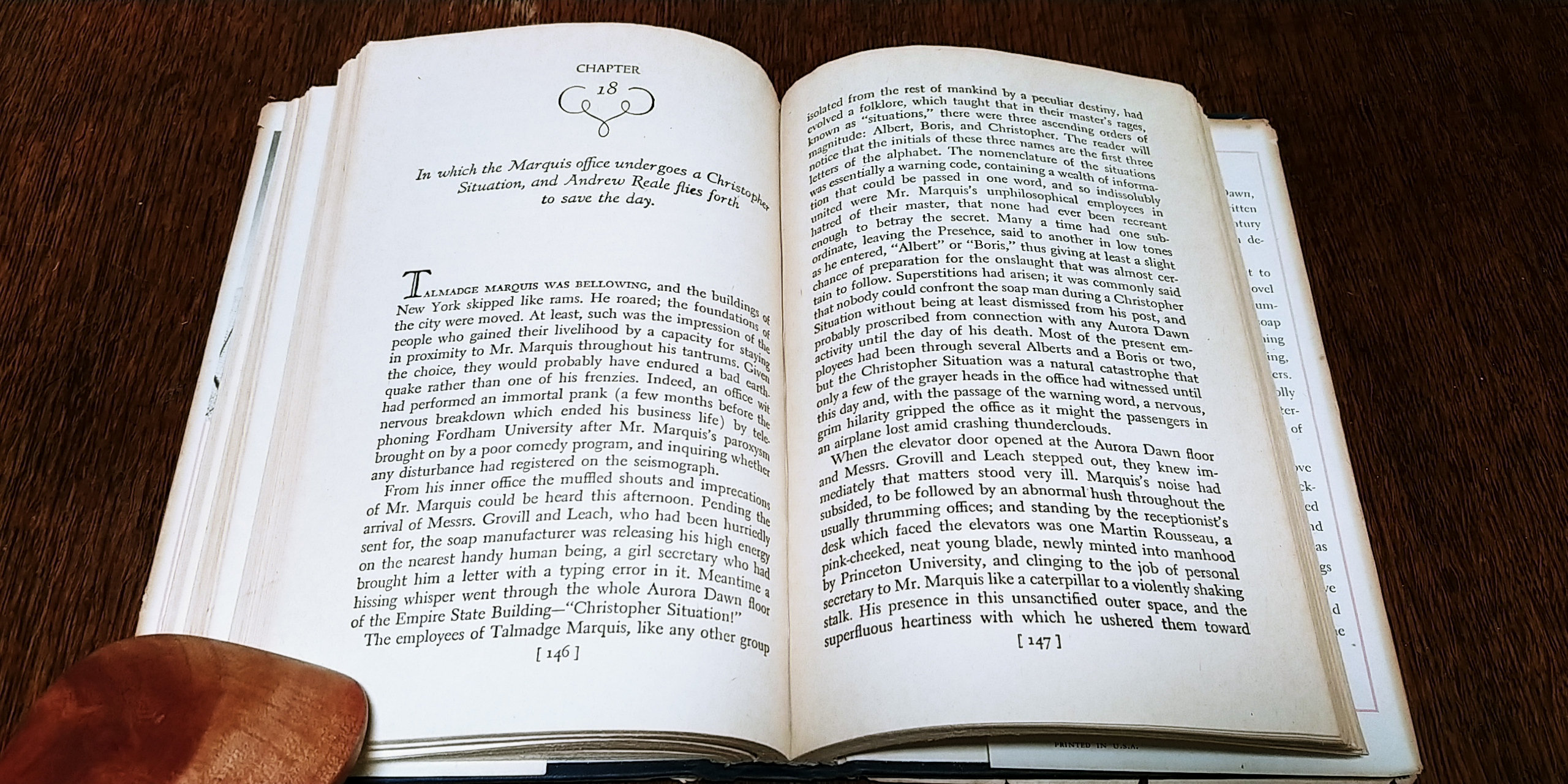 Full title: Aurora Dawn or The True History of Andrew Reale, Containing a Faithful Account of the Great Riot, Together with the Complete Texts of Michael Wilde's Oration and Father Standfield's Sermon

PART ONE
The Beautiful Brahmin - The Faithful Shepherd - Bezalel

"Once there was a bright and spirited young man named Andrew Reale, who came into the world in the second decade of the twentieth century and grew up in the third and fourth, and was thus convinced that the road to happiness lay in becoming rich very quickly. To call this a conviction is not quite clear, because in the same way he was convinced that it was a good idea to breathe... This is enough of his background to explain most of his actions, at least in the early stages of his history, and we may proceed forthwith to the first moment in his life which merits the attention of the reader. He is on a train speeding south from New York, and is staring very hard at a strange young lady."

Herman Wouk (1915 - 2019) was an American author known for historical fiction. He wrote over twenty novels, including Marjorie Morningstar, The Winds of War, The Hope, The Glory, and The Caine Mutiny, for which he won a Pulitzer Prize in 1952. In 2008 he received the Library of Congress Lifetime Achievement Award for fiction.

Aurora Dawn was Wouk's first novel, written aboard ship during his service in the Navy during WW II and published in 1947. After the first printing of 30,000, it became a Book of the Month Club main selection, identified by an embossed dot on the back cover.

Condition*: Good/Fair. Dust jacket: Bumped on the corners; chipped along upper and lower edges and a few small closed tears; open tear at head of the spine, closed tear at tail; sunning on the back; fading on the spine; mild soiling on the back. Cover boards: Corners slightly bumped. Light discoloration pages 82-83 from interaction with ephemera placeholder.