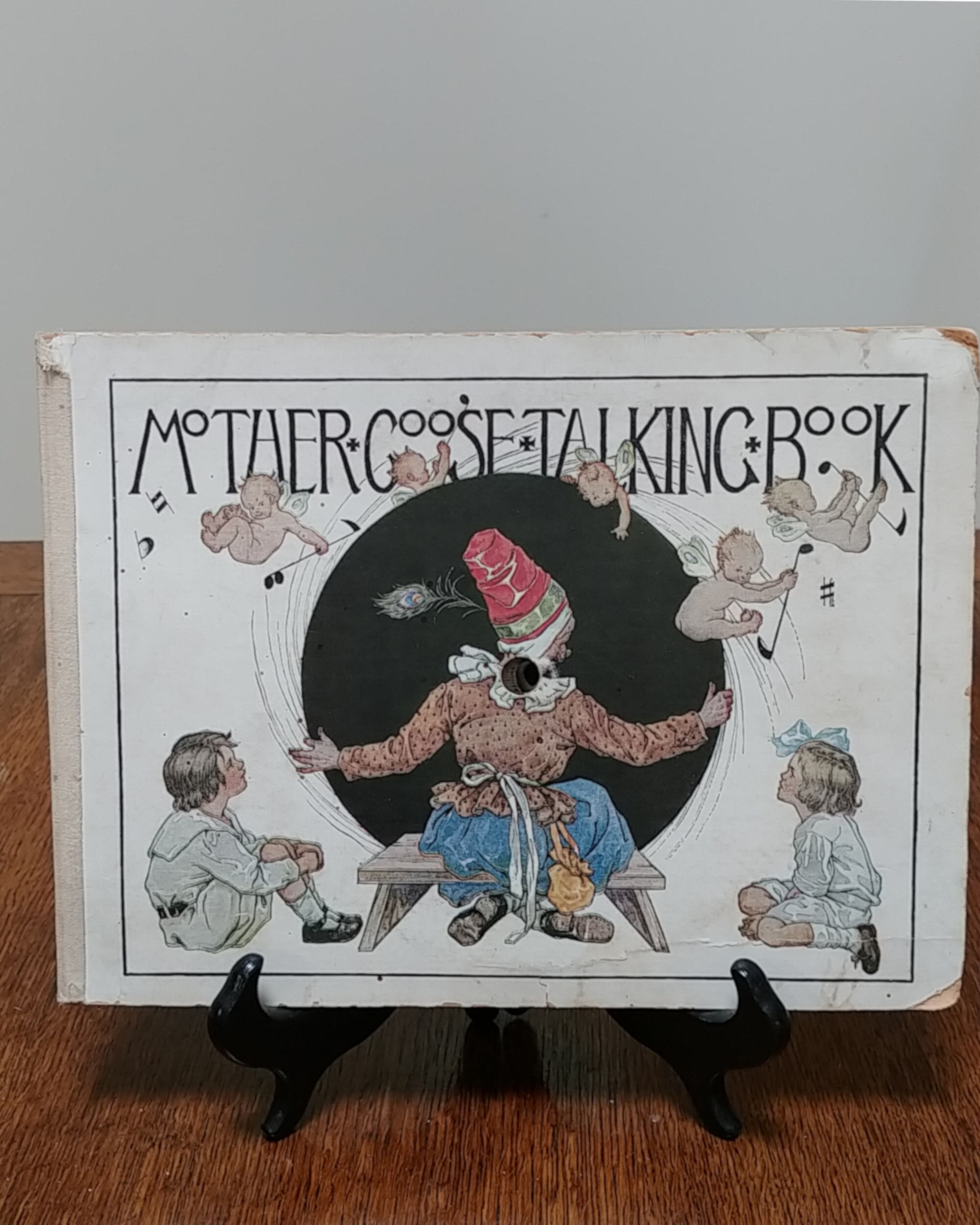 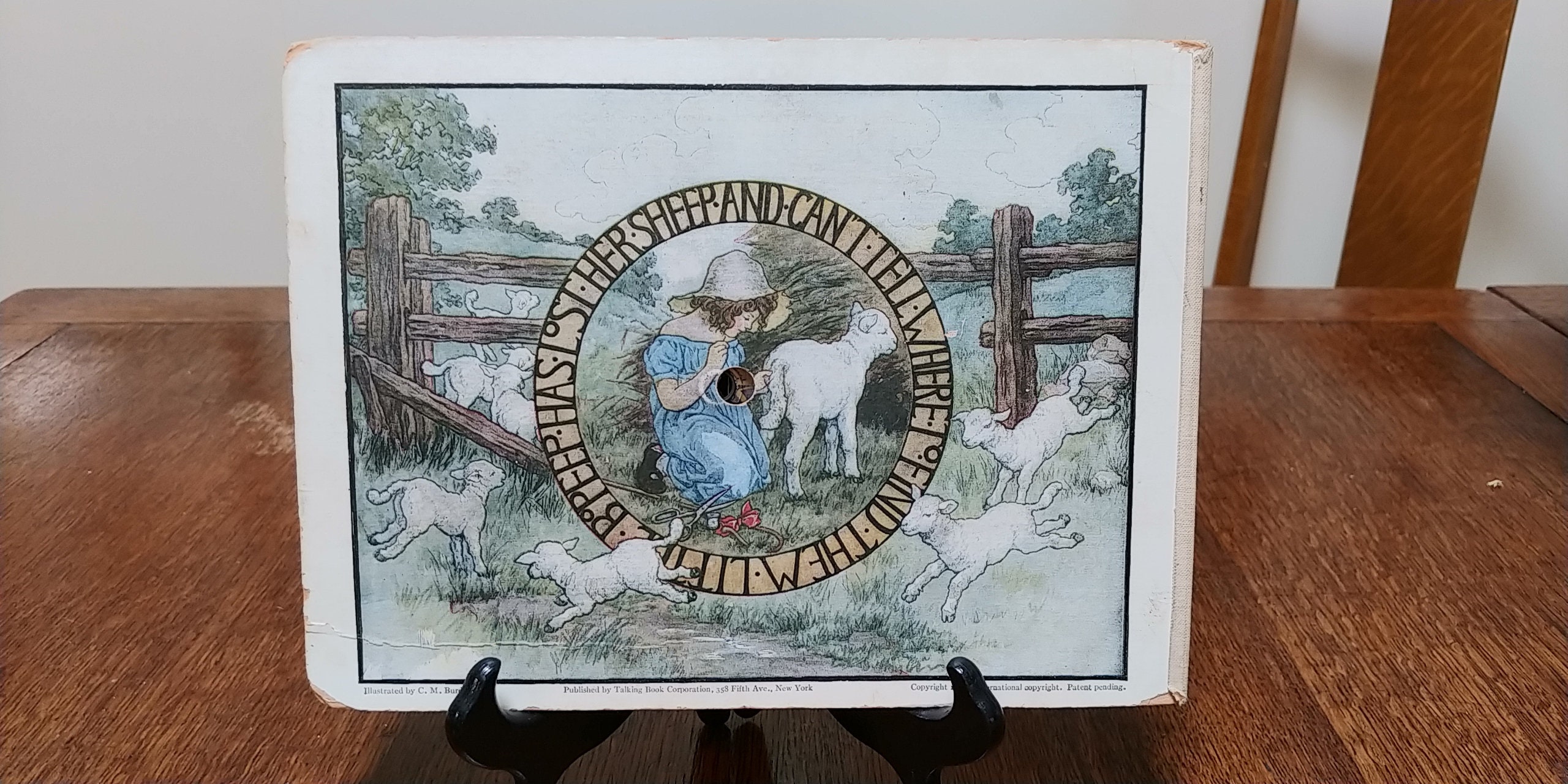 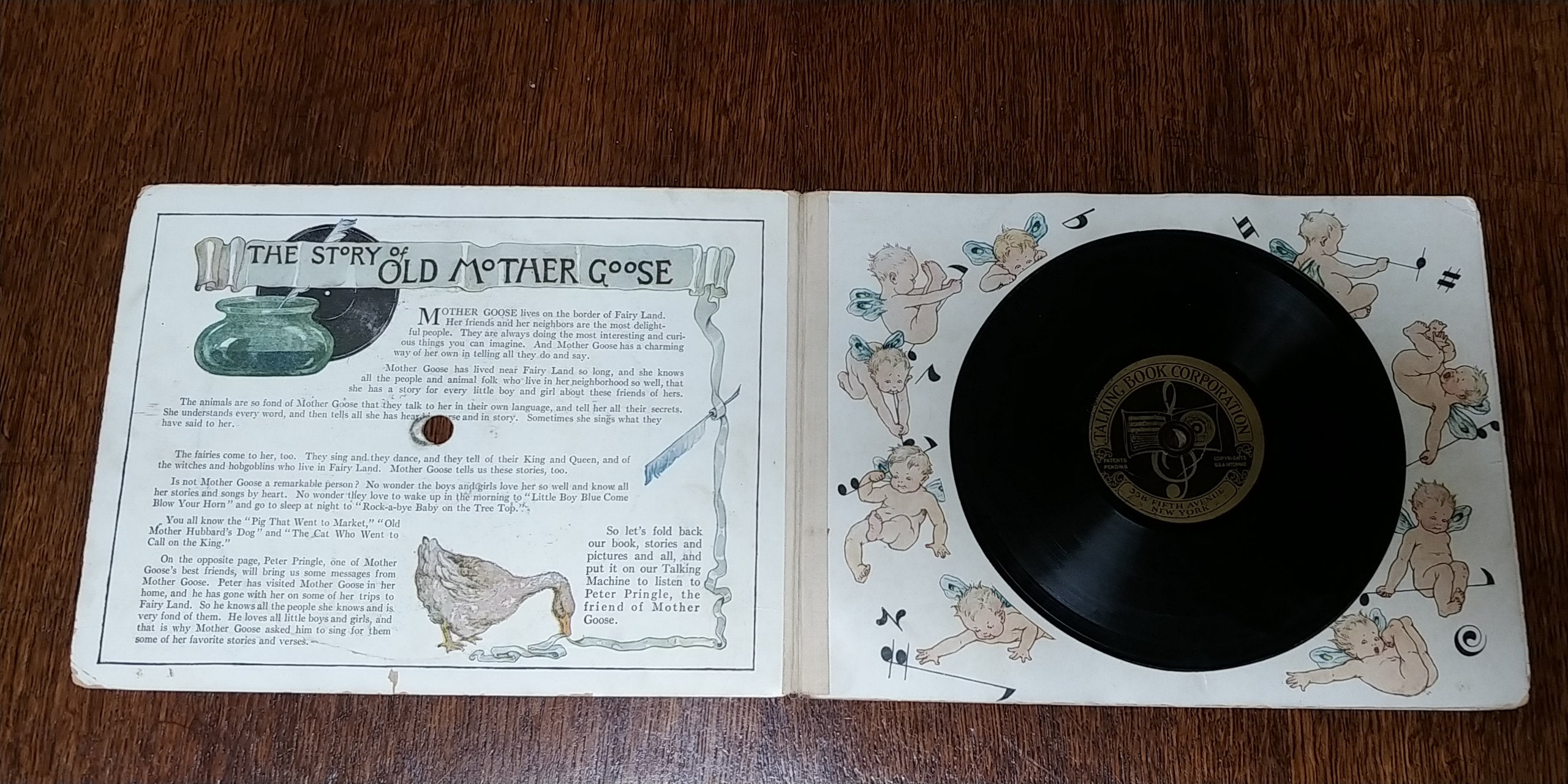 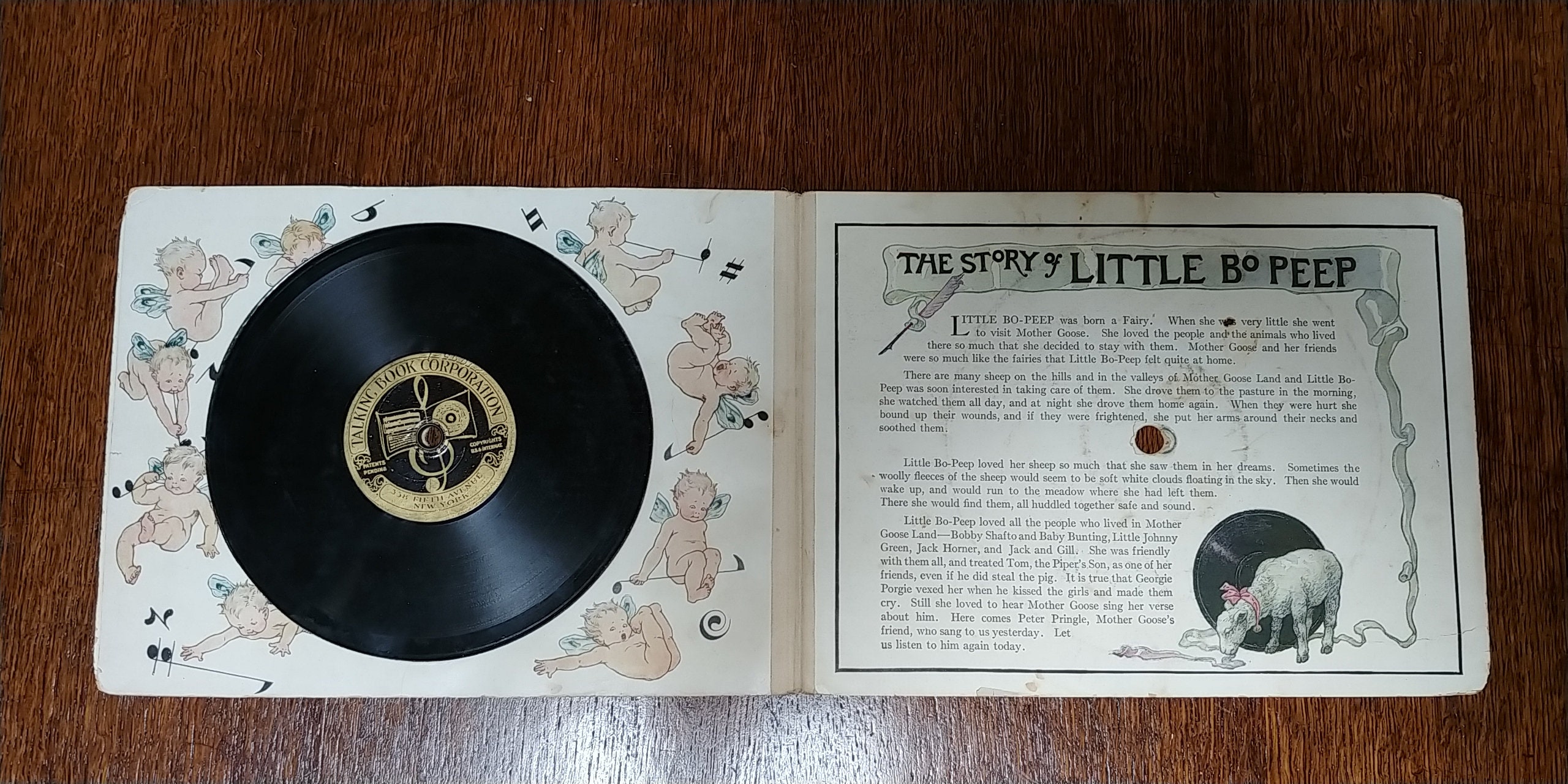 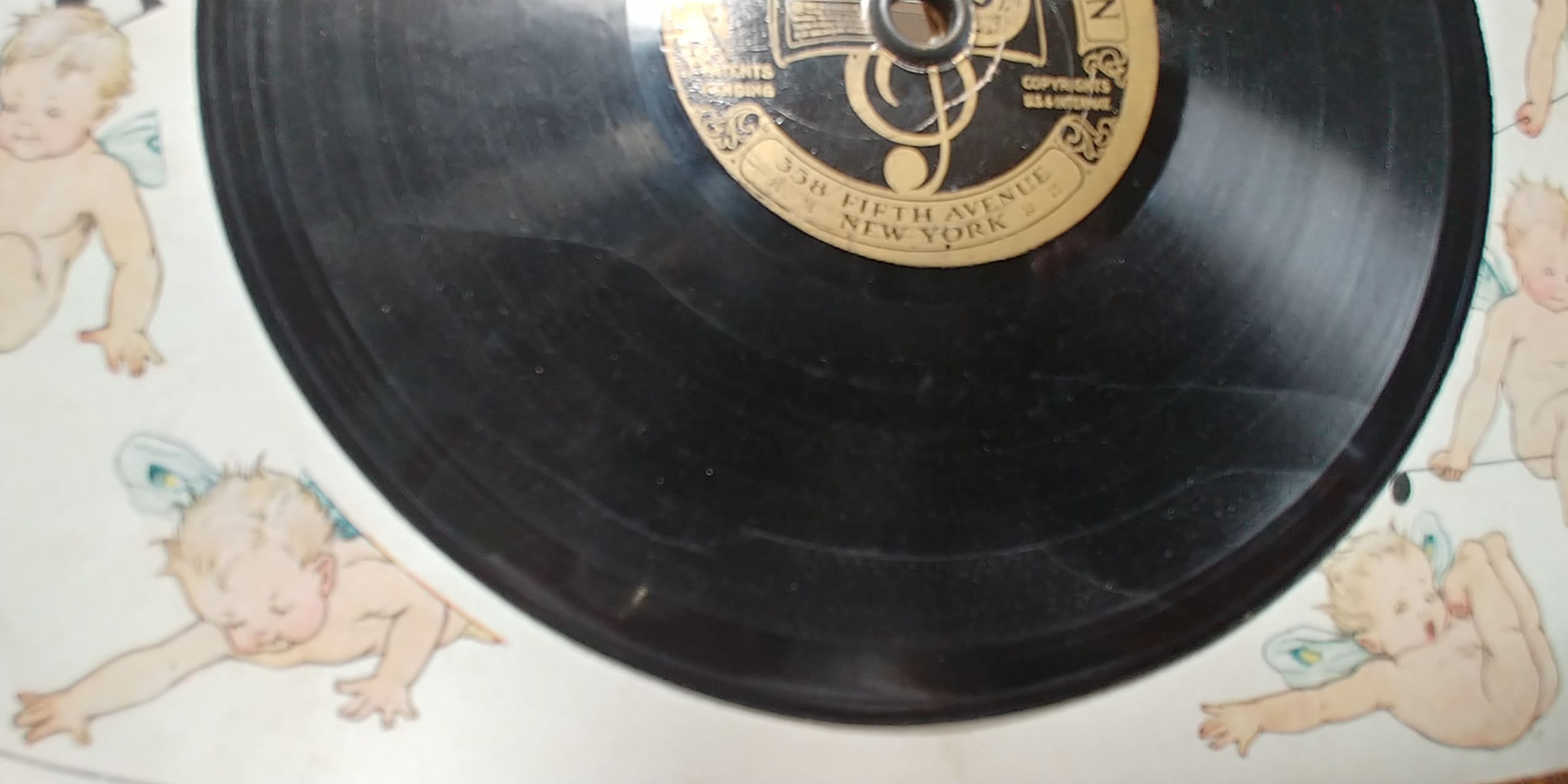 "Mother Goose lives on the border of Fairy Land. Her friends and her neighbors are the most delightful people. They are always doing the most interesting and curious things you can imagine. And Mother Goose has a charming way of her own in telling all they do and say."

The Talking Book Corporation was founded by Victor Hugo Emerson in New York in the early 1900s and was one of the earliest producers of children's records. The company formed to take advantage of a new technology: talking machines, also called phonographs.

This charming Mother Goose Talking Book, published in 1918, consists of narrated Mother Goose stories recorded on two 4" 78rpm records (first record is side #1, second record is side #2), and The Story of Little Bo Peep, which is told in the recording, printed on the back page.

During the 1890s - 1950s, shellac resin became the principle material for phonograph records, which became known as "shellac" records. These records were so brittle that any survive is a testament to the care taken by generations of owners.

Condition*: Very good. Record: intact and unscratched, but the first side shows hairline cracks on one side, while side 2 is undamaged, however, I can't vouch for their playability. Cover and inner page: Two small closed tears on foredge and bottom edge of front cover and inner page; corners are slightly bumped; creased near the bottom, front and back; lightly soiled, inside and out.