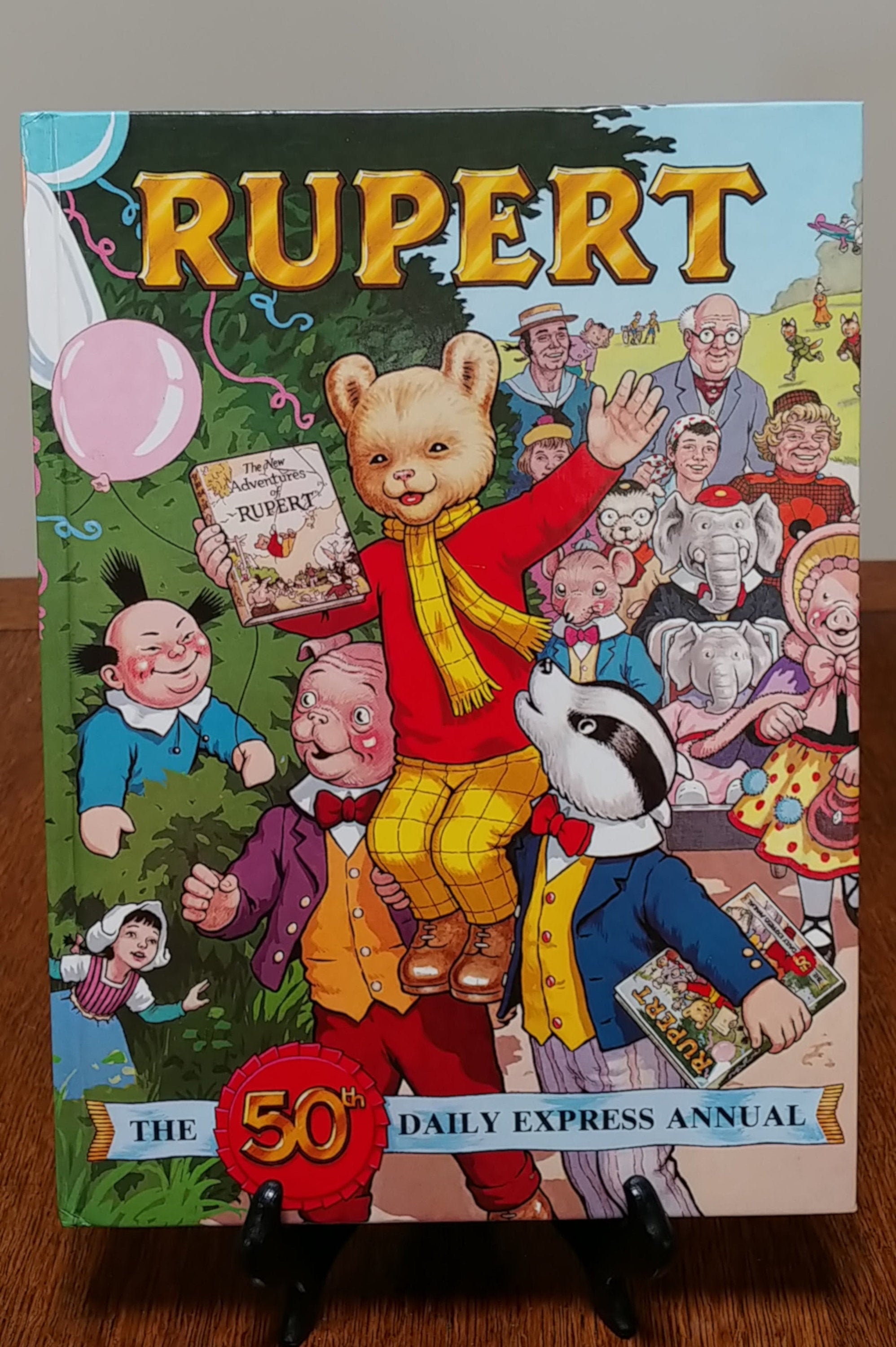 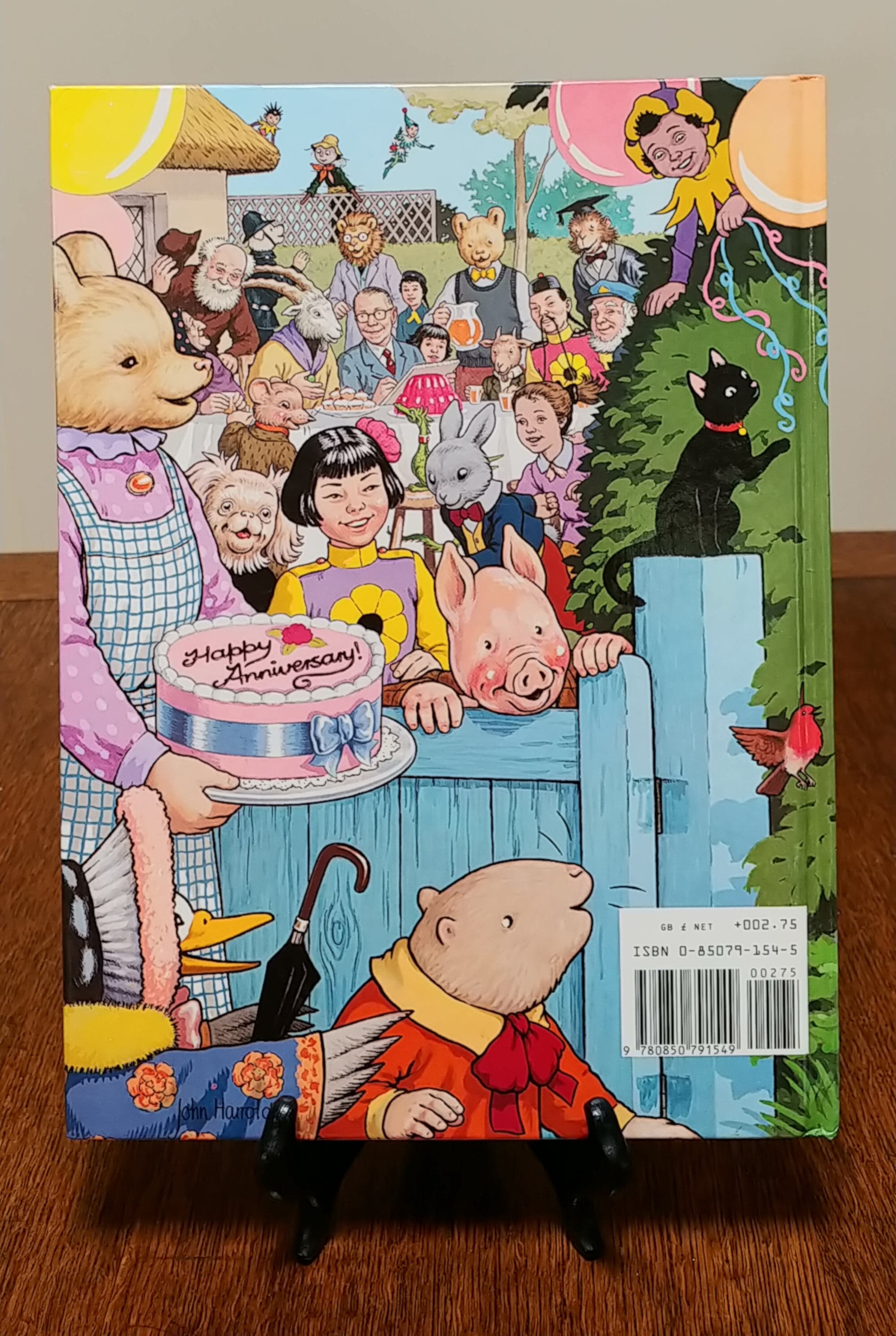 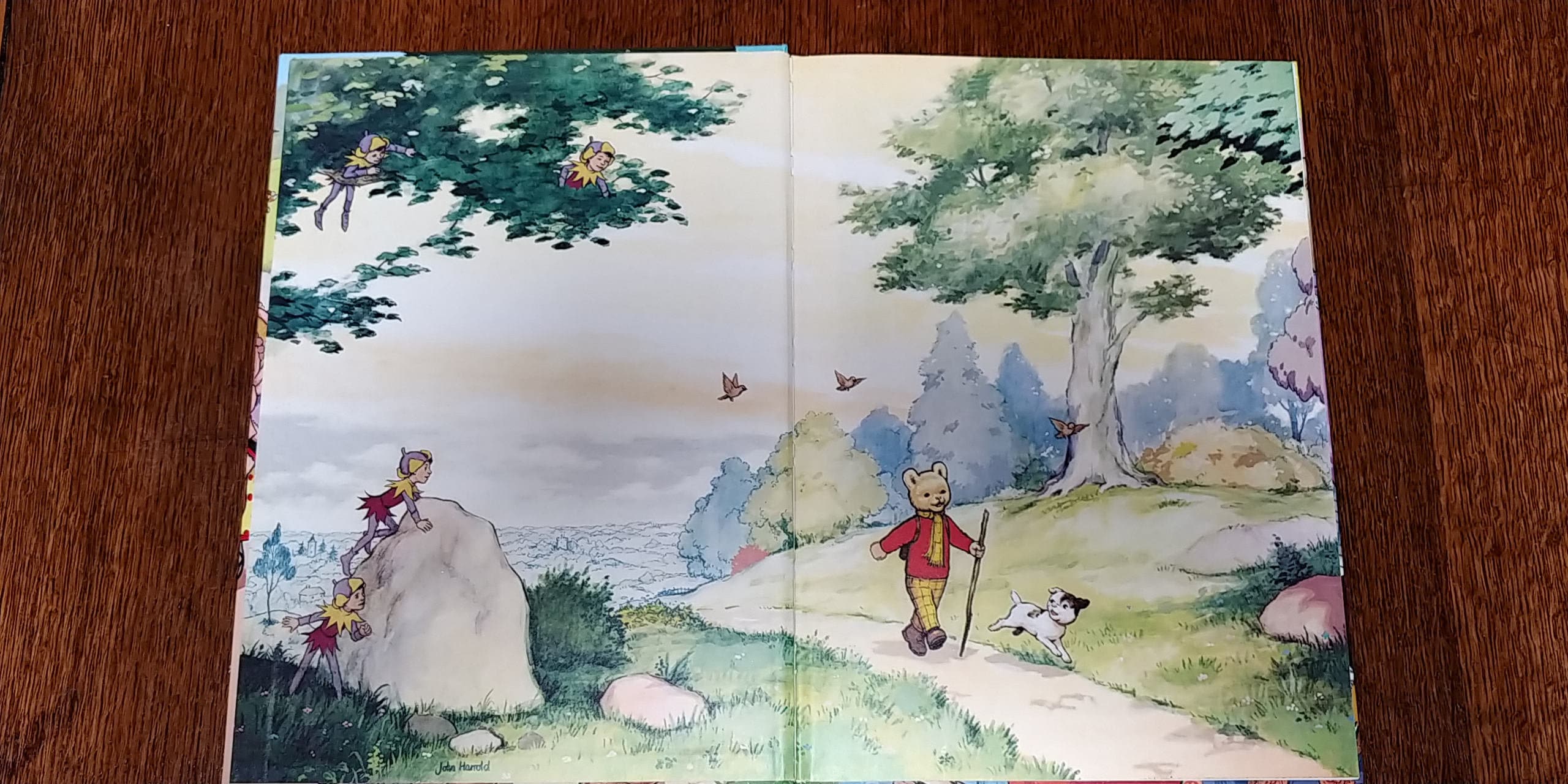 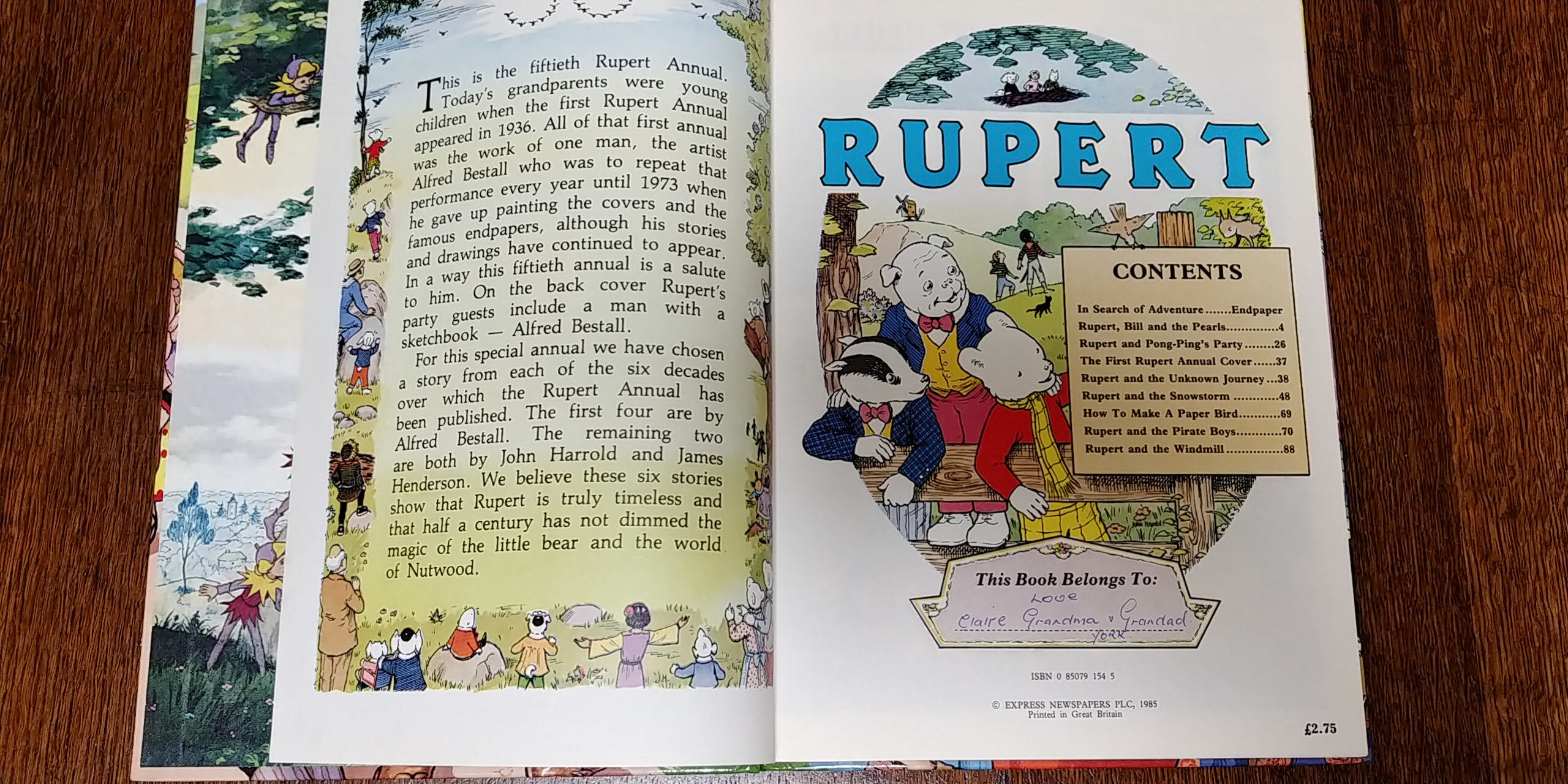 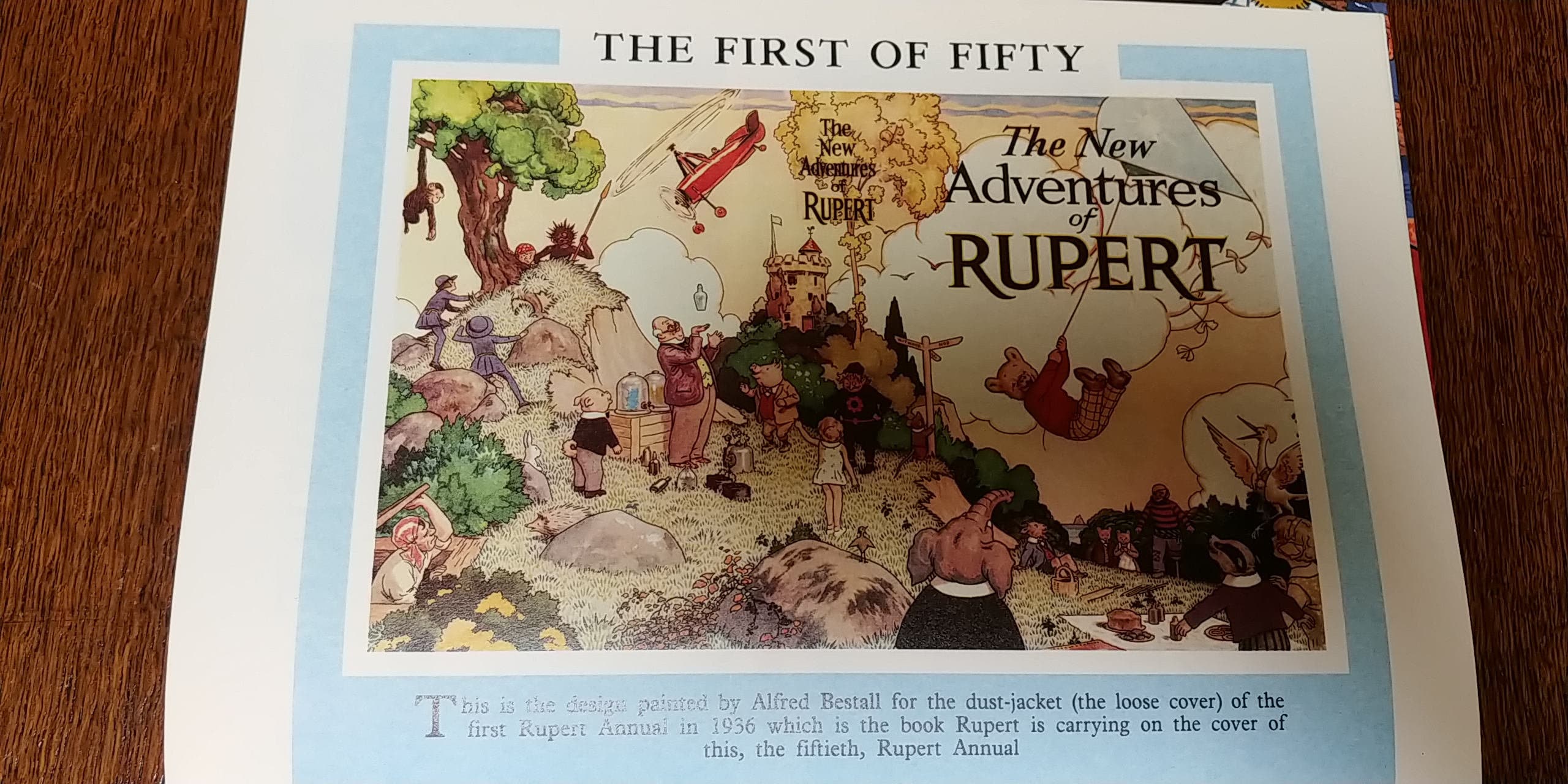 Original 1985 Rupert 50th Anniversary edition of The Daily Express Annual. A celebration of Alfred Bestall and further adventures of Rupert Bear and his pals.

The 50th Anniversary edition includes an illustrated story from each decade, including four original Bestall stories.

CONTENTS FOR THE 1985 ANNUAL