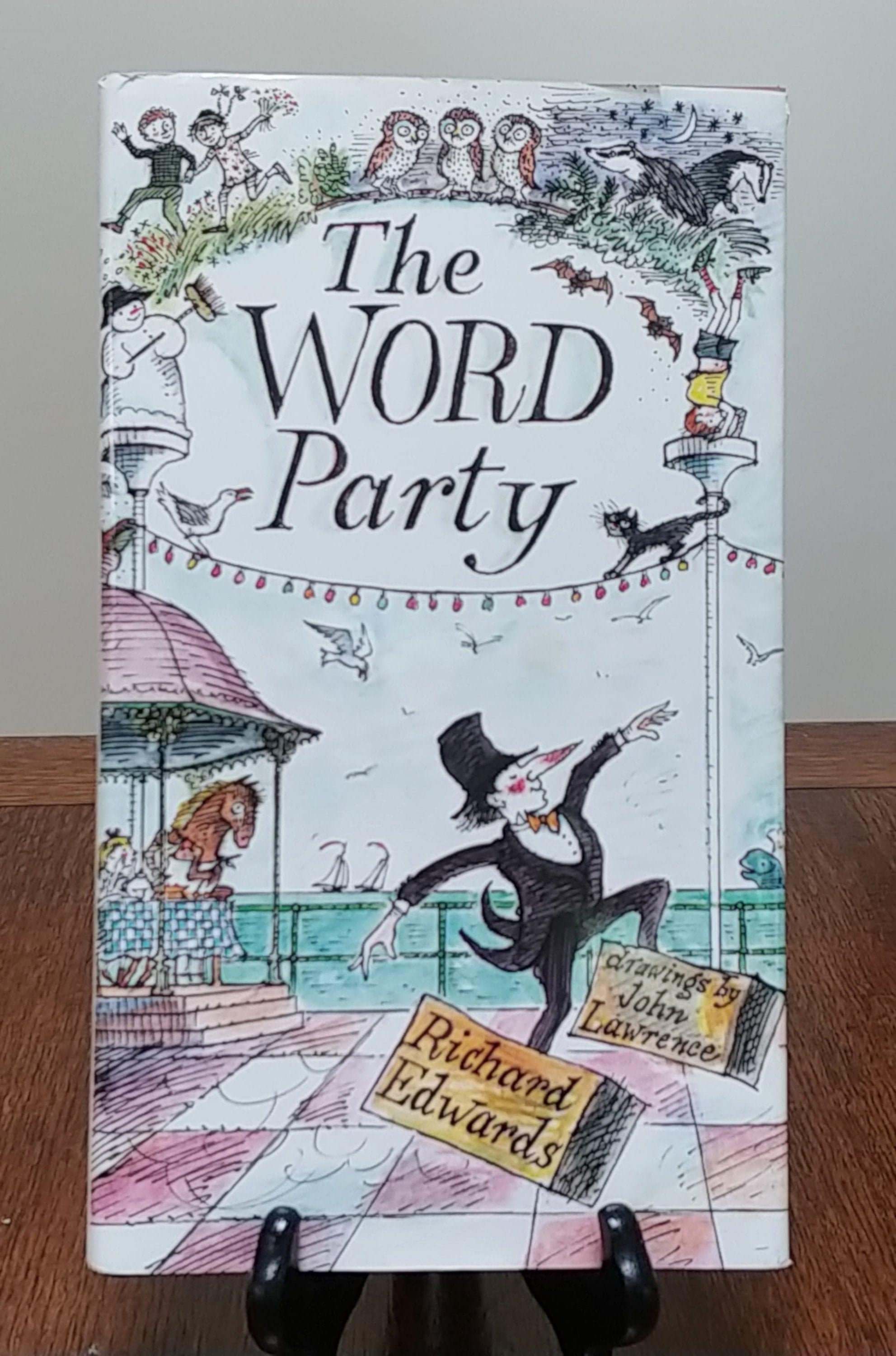 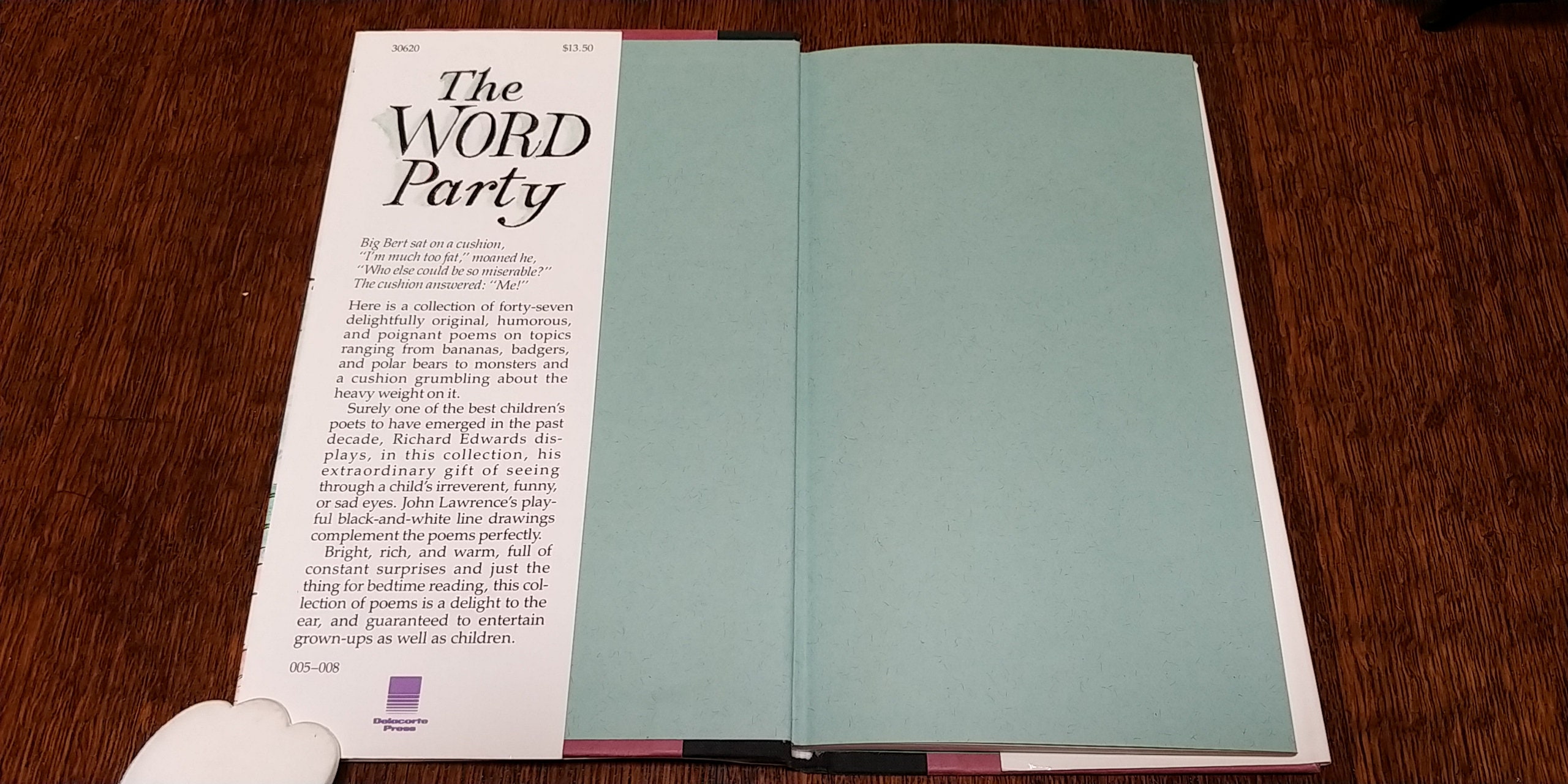 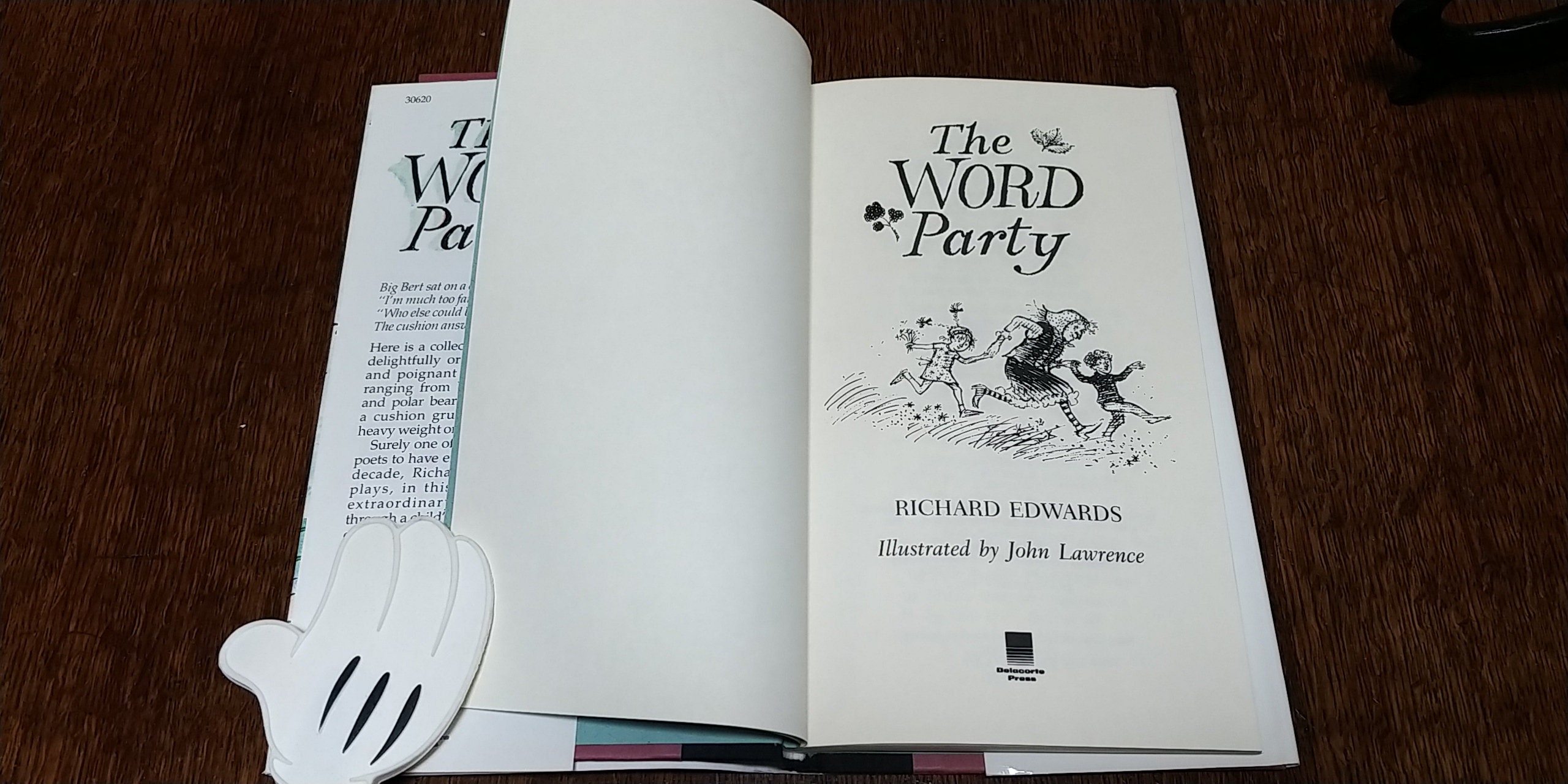 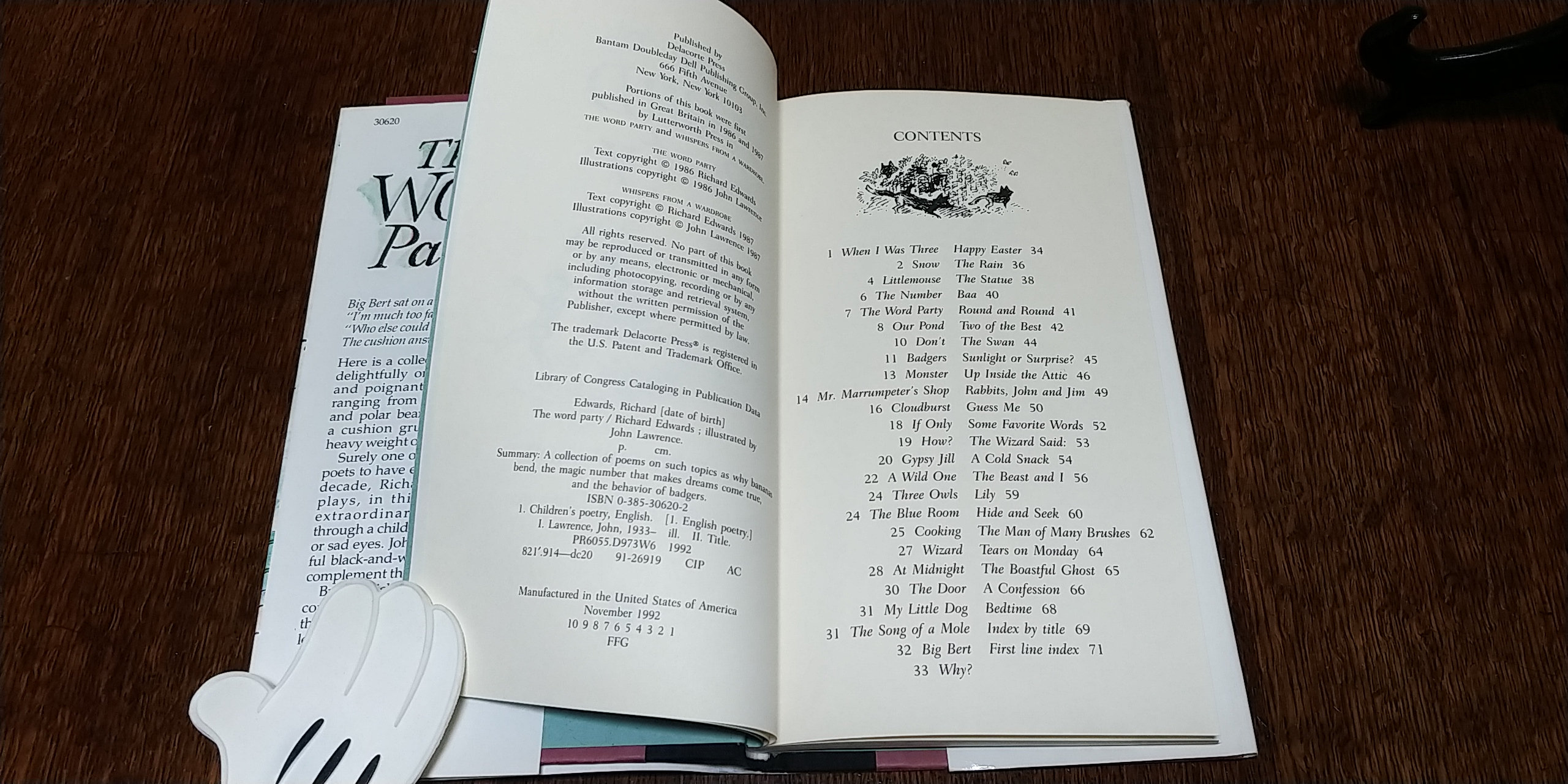 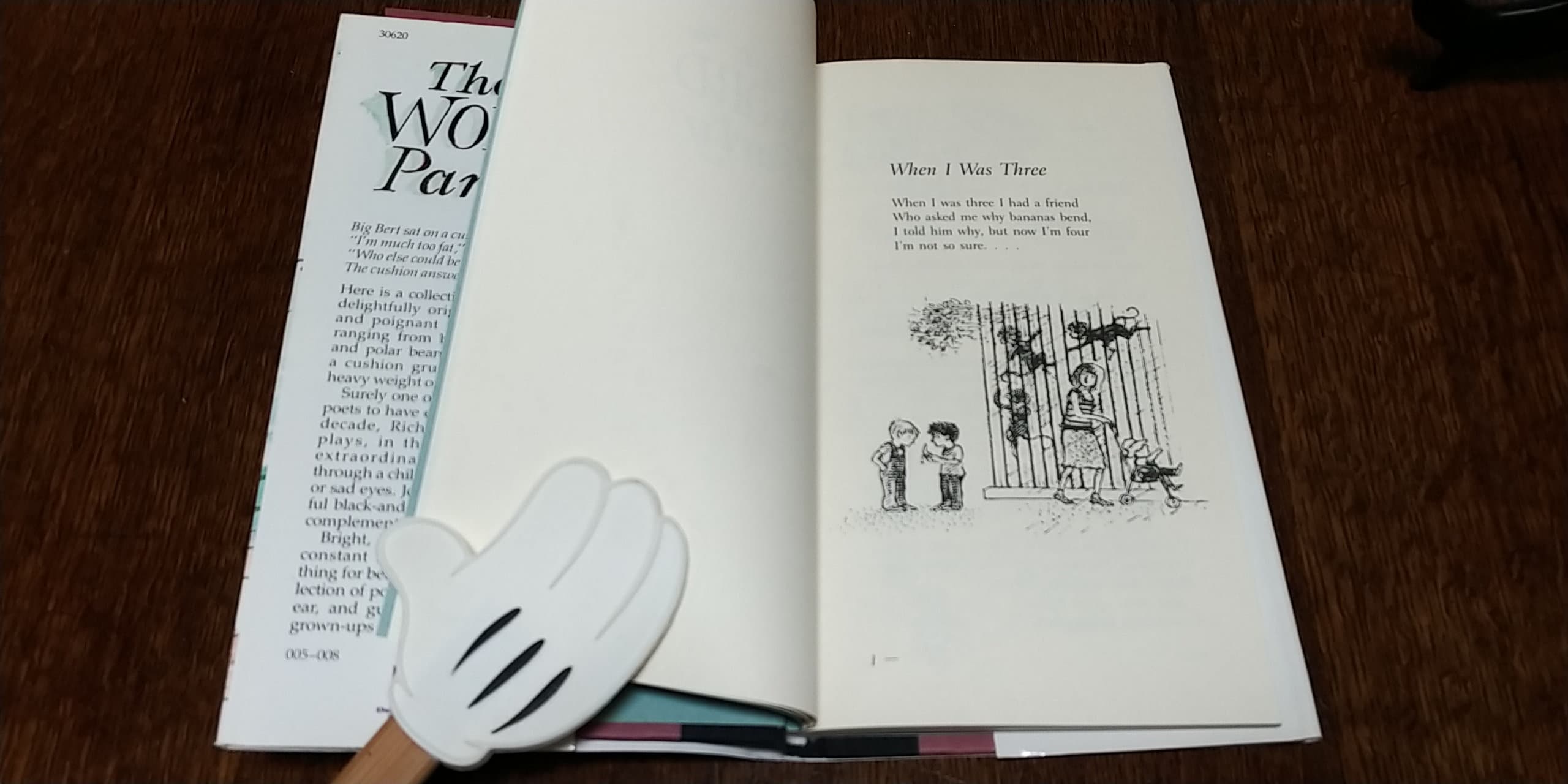 First US edition of The Word Party by Richard Edwards, a fun and frolicking collection of forty-seven poems for children.

Award-winning artist John Lawrence (1933 - ) is one of England's most well-known and respected illustrators. He's illustrated over 200 books for children and adults.

"I've just woken up and I'm lying in bed
With the end of a dream going round in my
head,
And something much quieter and softer than
rain
Is brushing the window pane.

TWO OF THE BEST

"Surely one of the best children's poets to have emerged in the past decade, Richard Edwards displays, in this collection, his extraordinary gift of seeing through a child's irreverent, funny, or sad eyes. John Lawrence's playful black-and-white line drawings complement the poems perfectly."