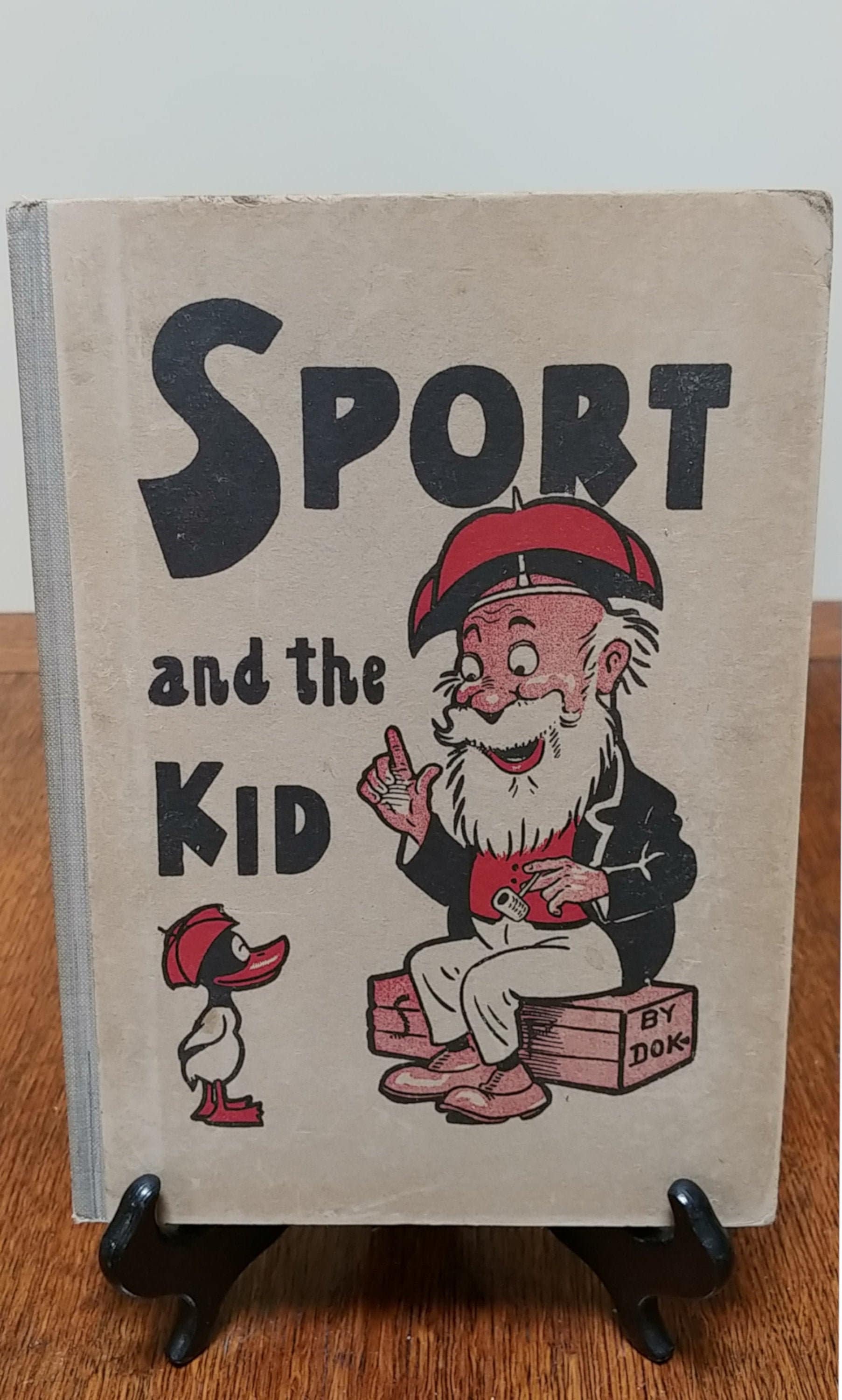 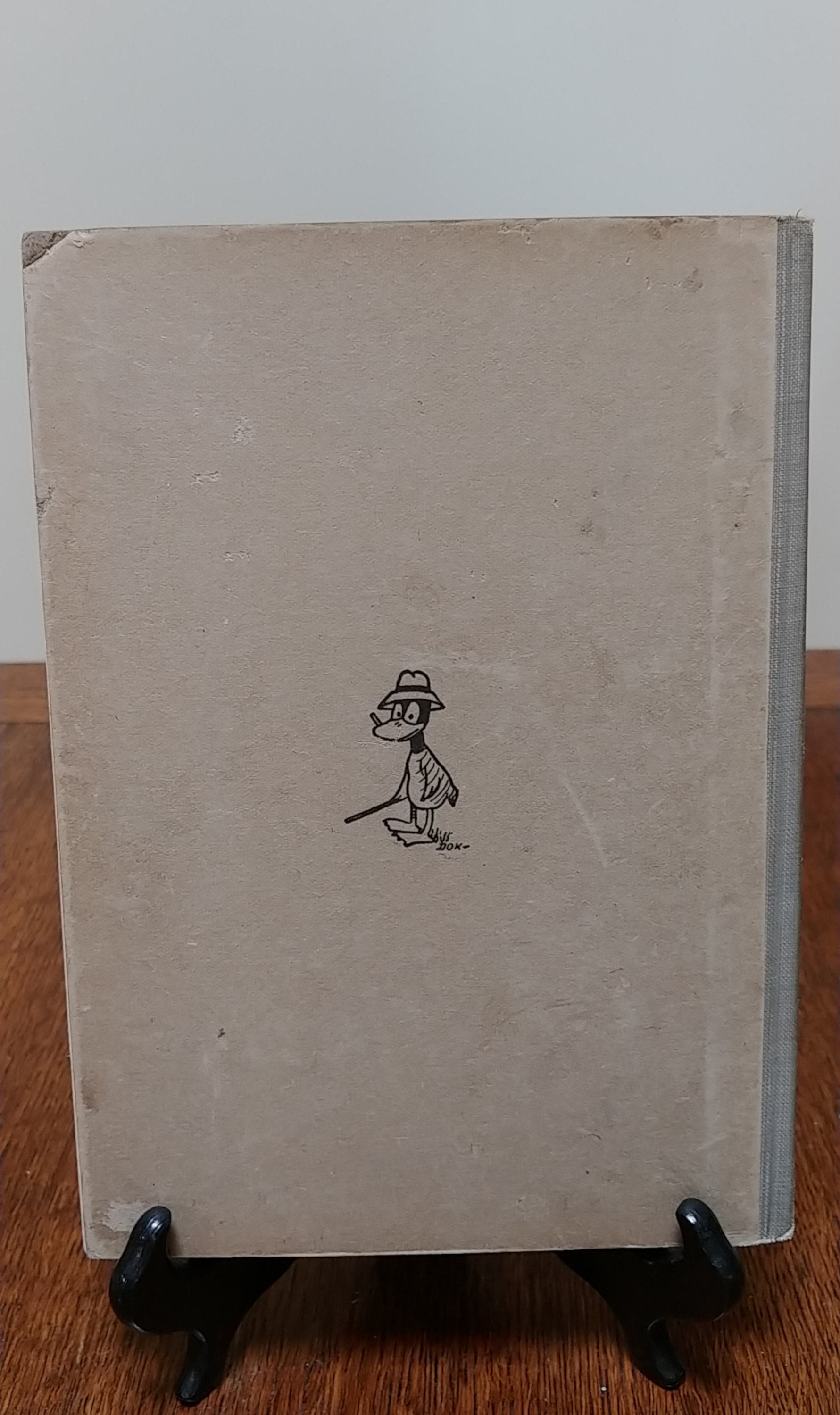 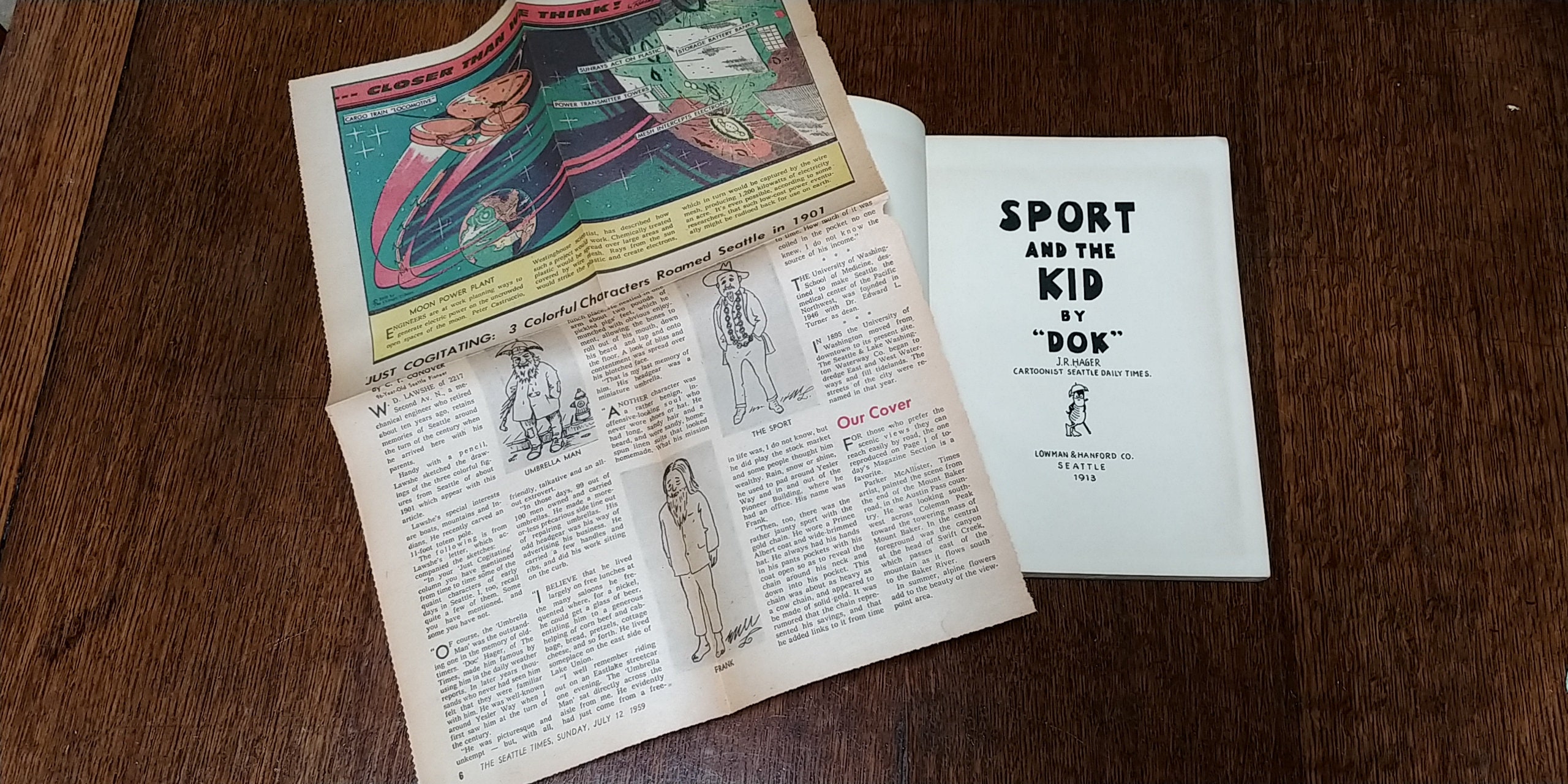 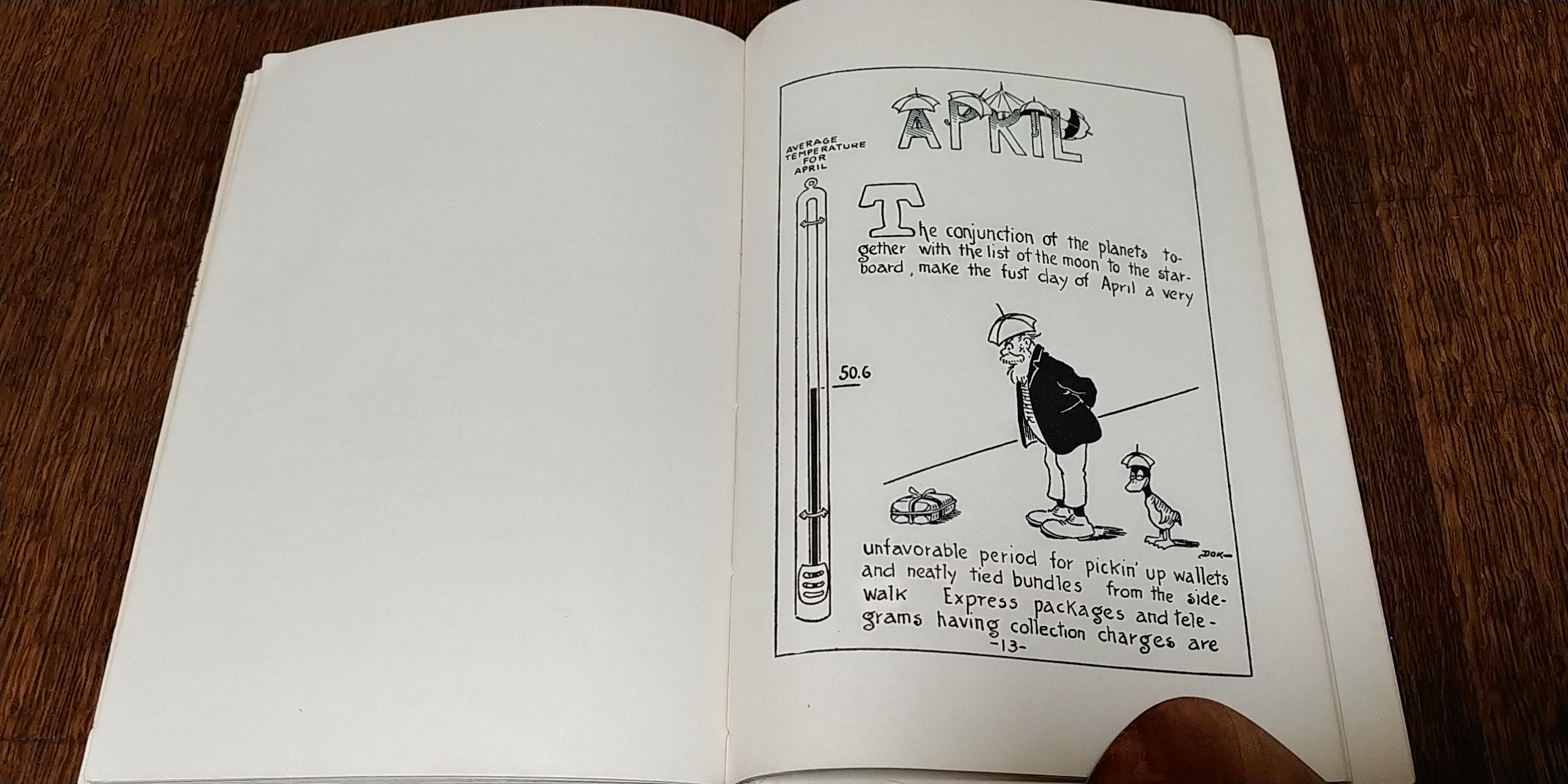 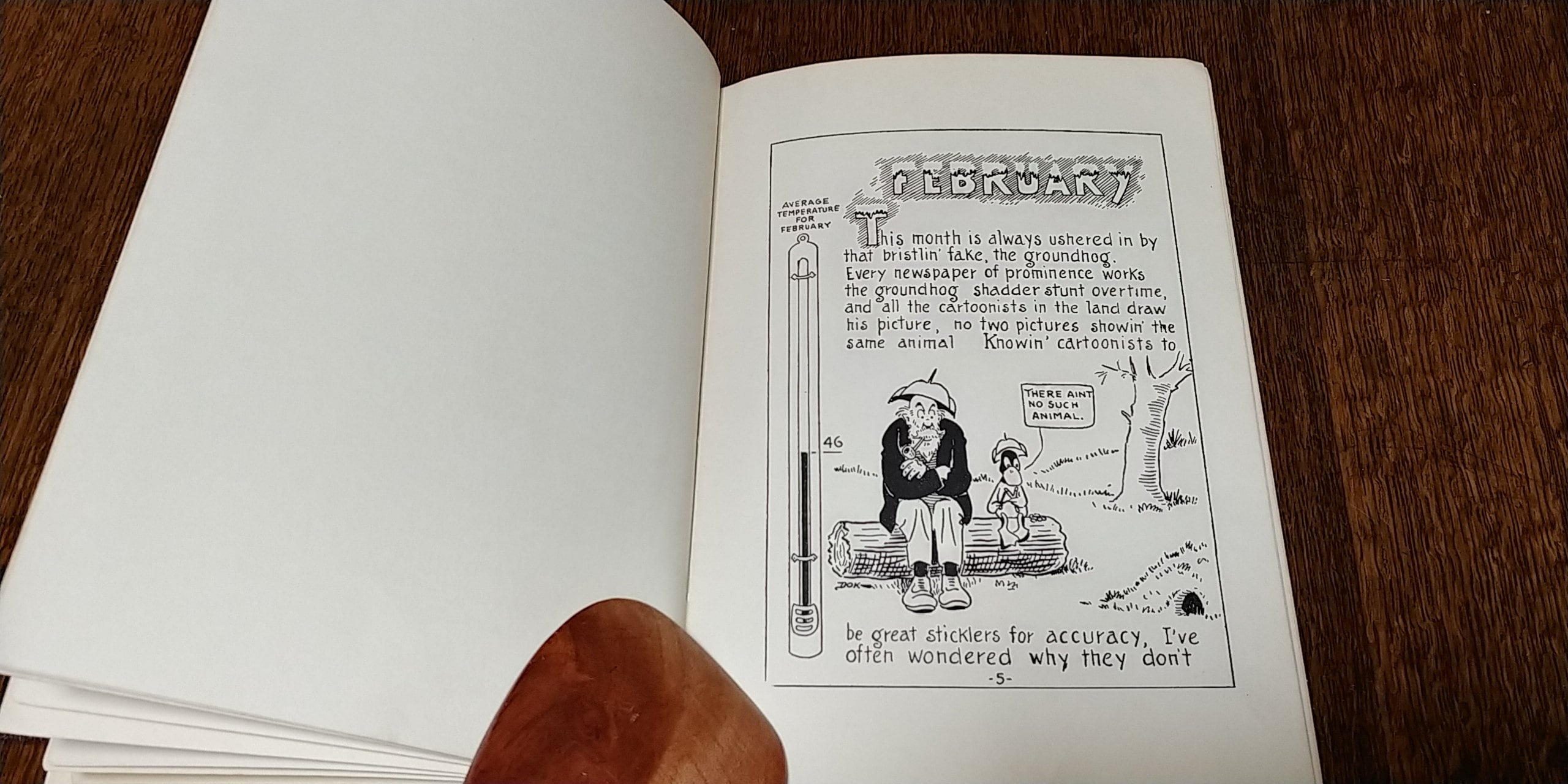 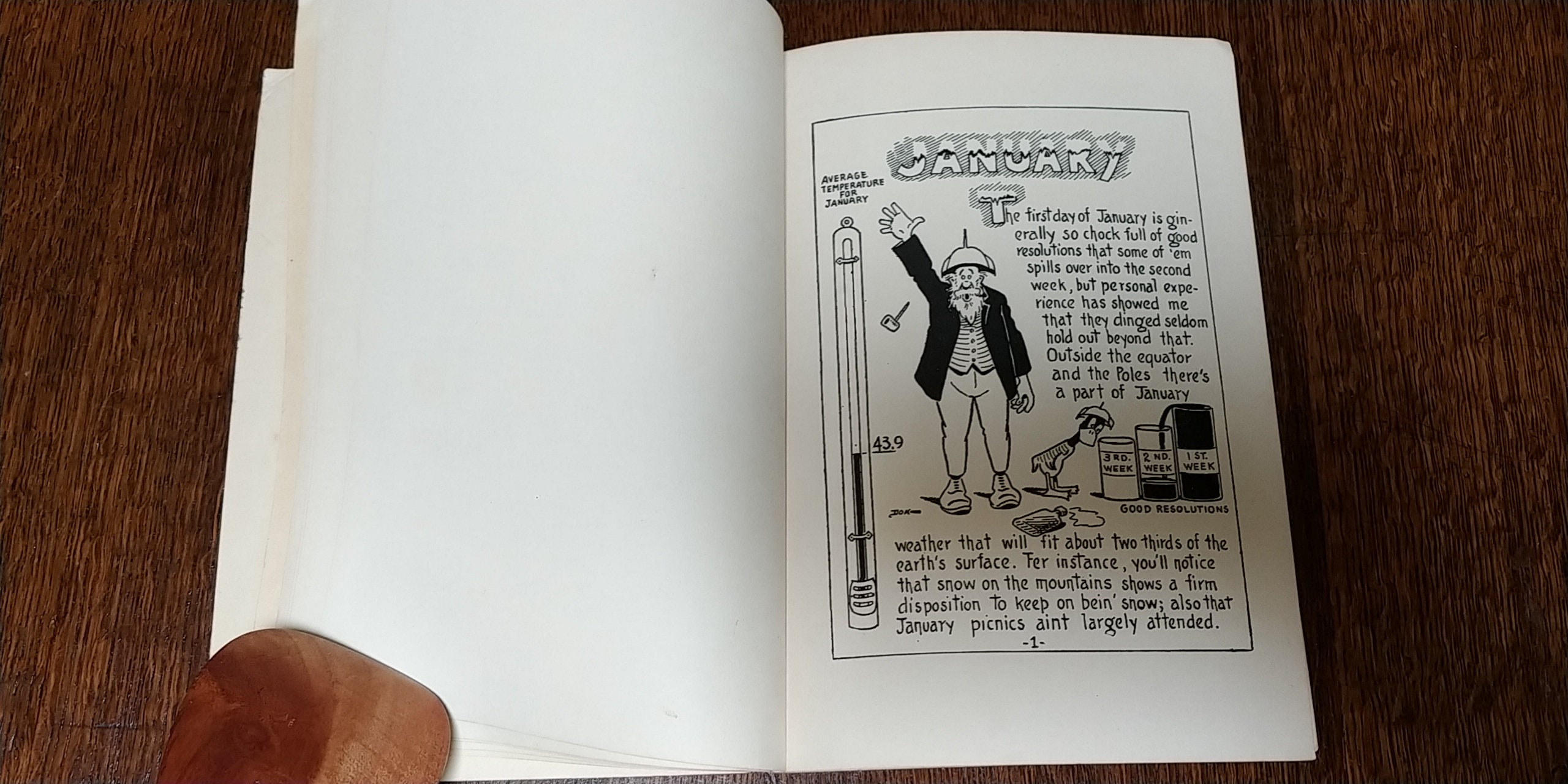 1913 edition of Sport and The Kid by John "Dok" Hager, a cartoonist with the Seattle Daily Times.

John "Dok" Hager (1858 - 1932) was a dentist turned cartoonist whose comic strips ran in the Seattle Daily Times for over 30 years. In 1909, Hager created a cartoon that ran adjacent to the daily weather report. The main character was known as the Umbrella Man, or "Sport", based on a beloved if eccentric Seattle personality, Robert W. Patten, and in 1913 the daily cartoon began running as The Umbrella Man. He eventually gave a Sport a sidekick - a talking duck - that appeared regularly on the front page.

NOTE: The front free end paper, flyleaf, and title page are slightly discolored from a full-color Seattle Daily Times newspaper article from 1959 that was folded and tucked into the book. Ephemera included!