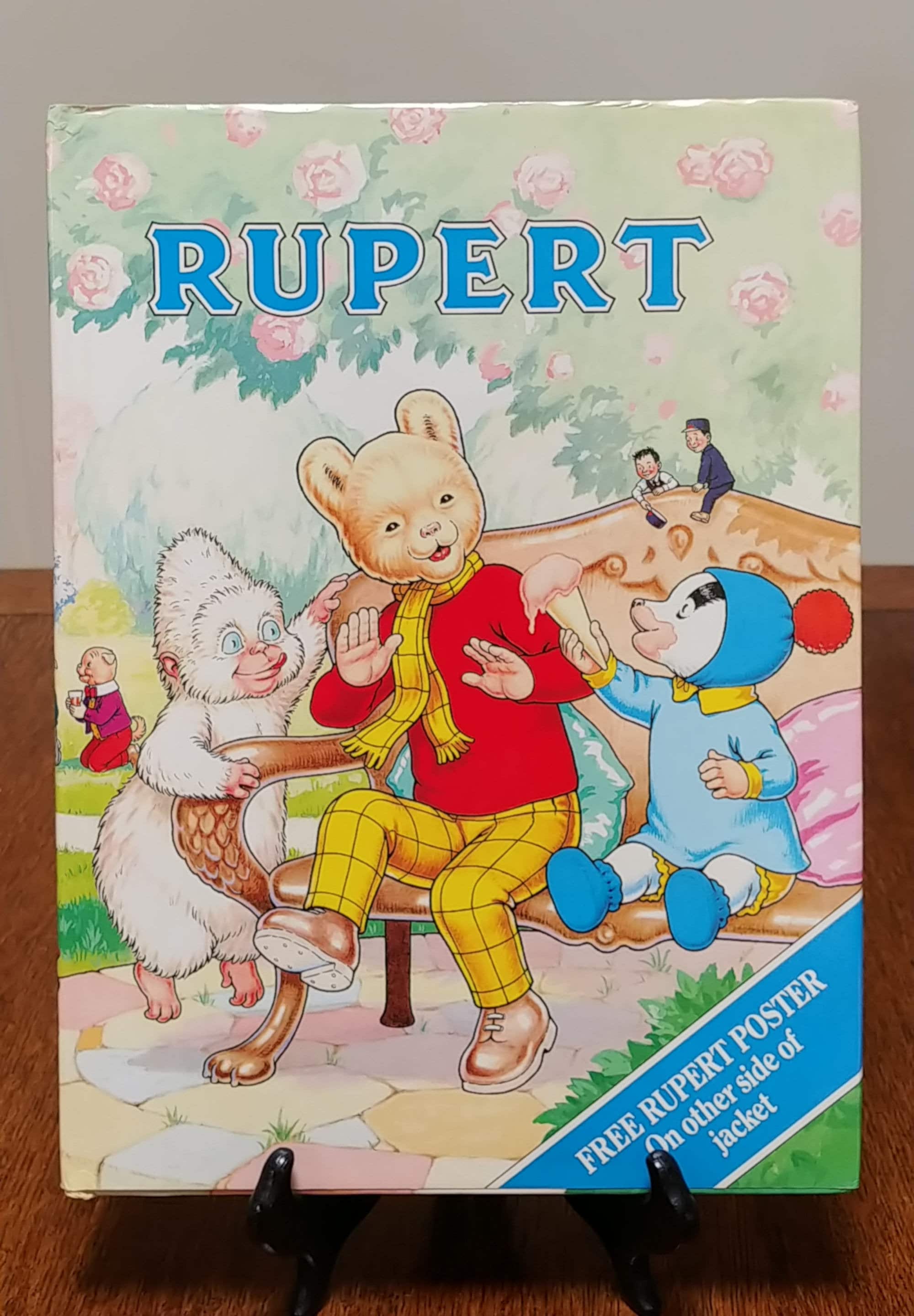 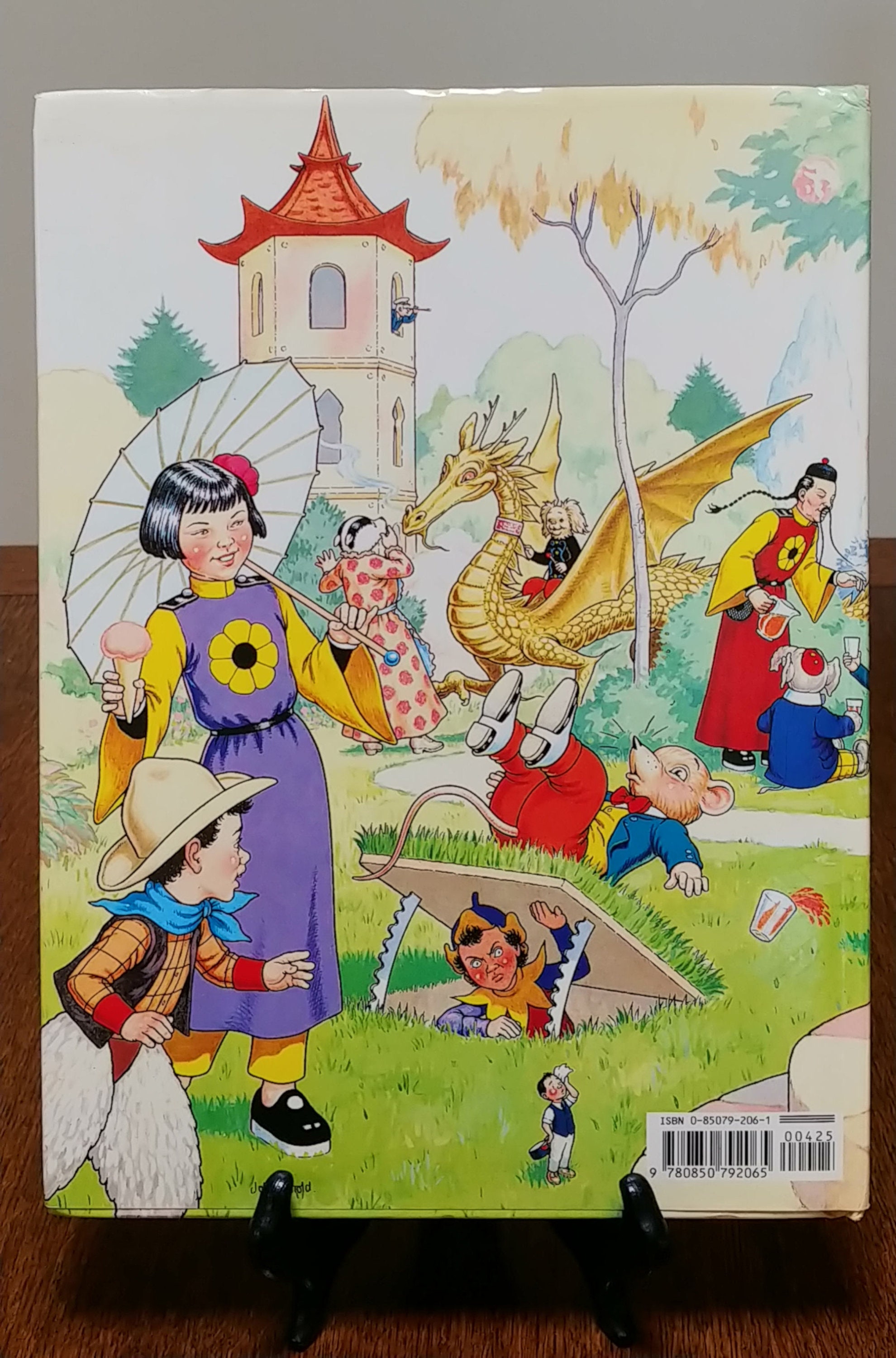 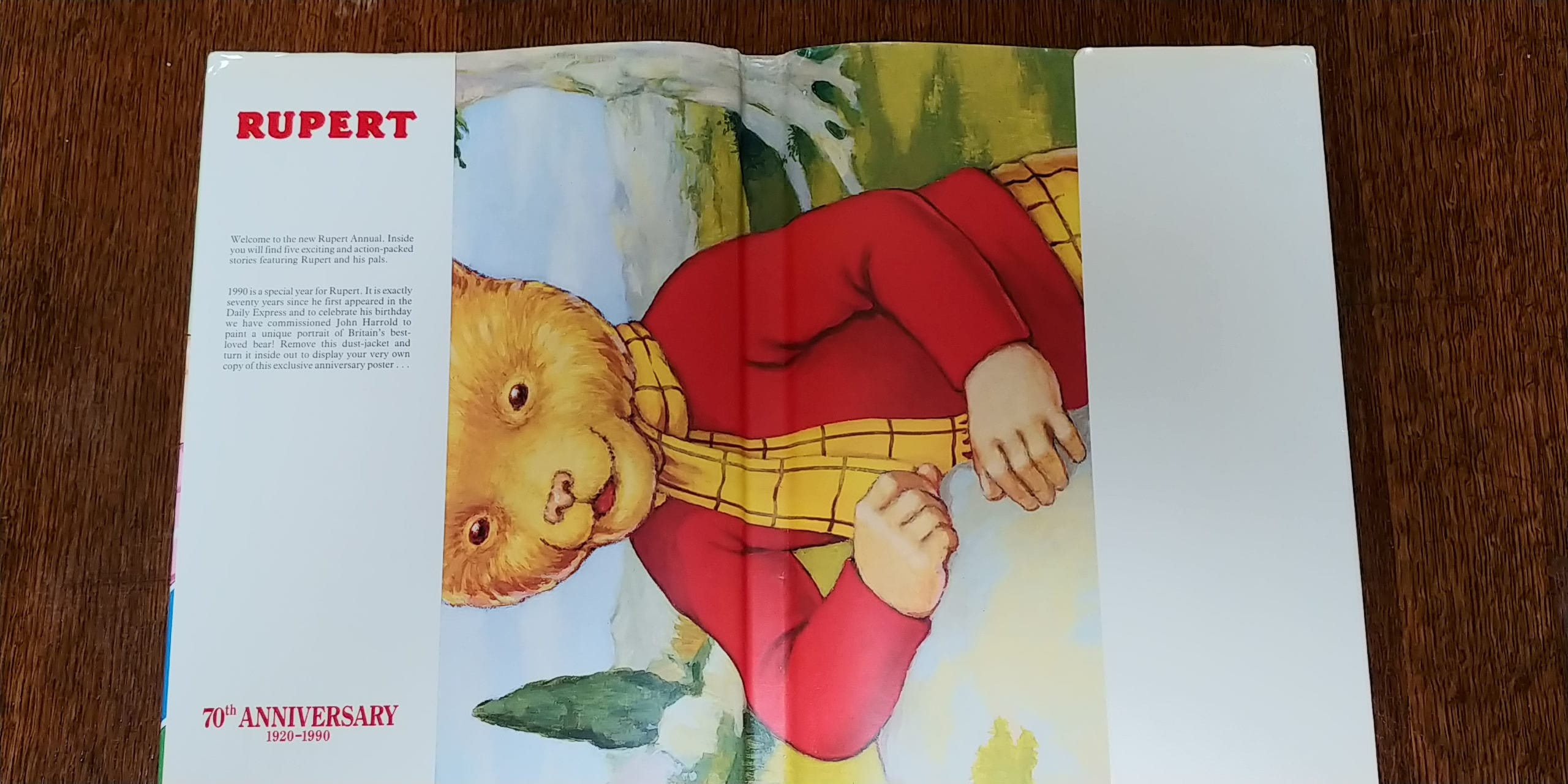 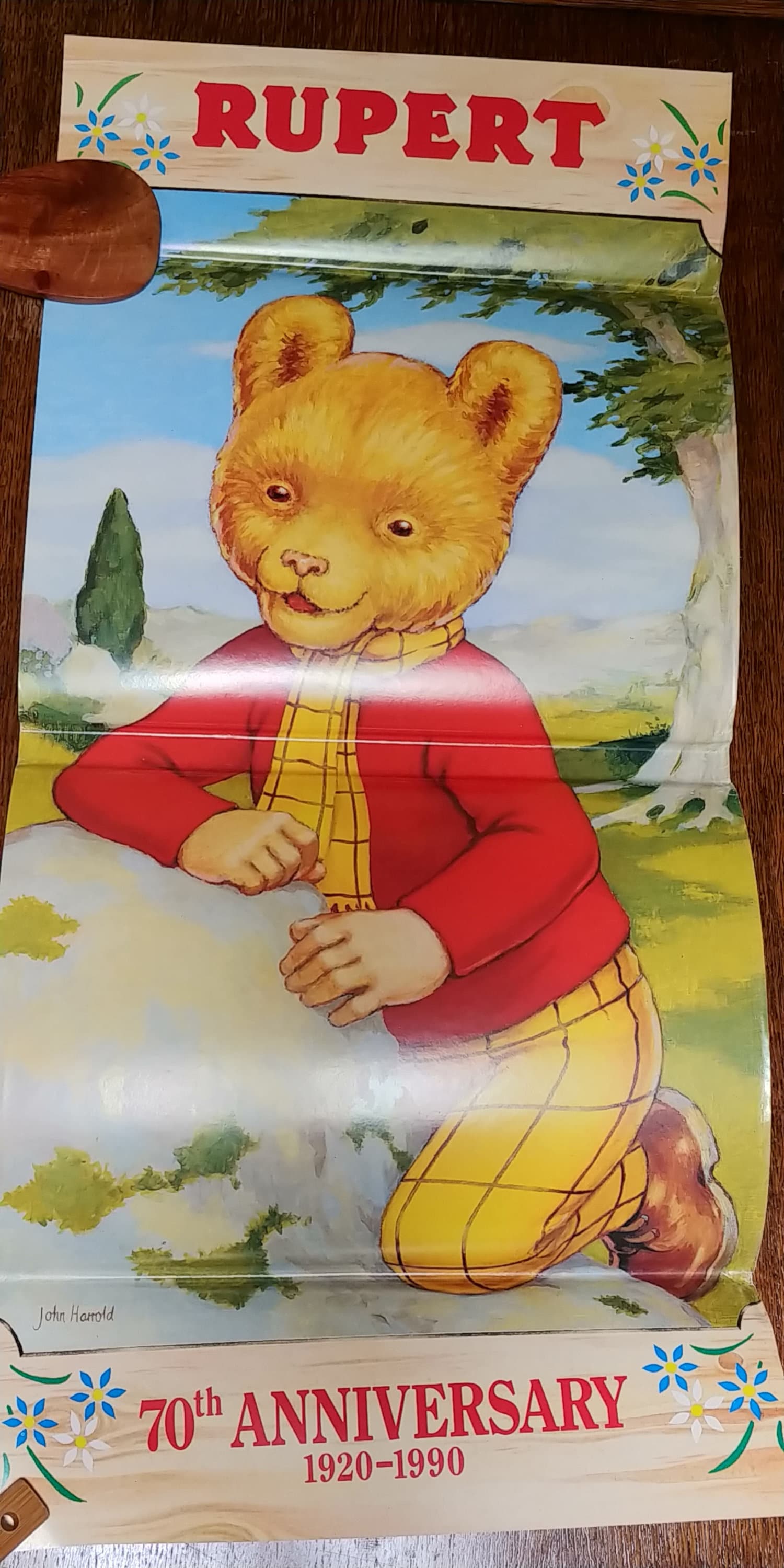 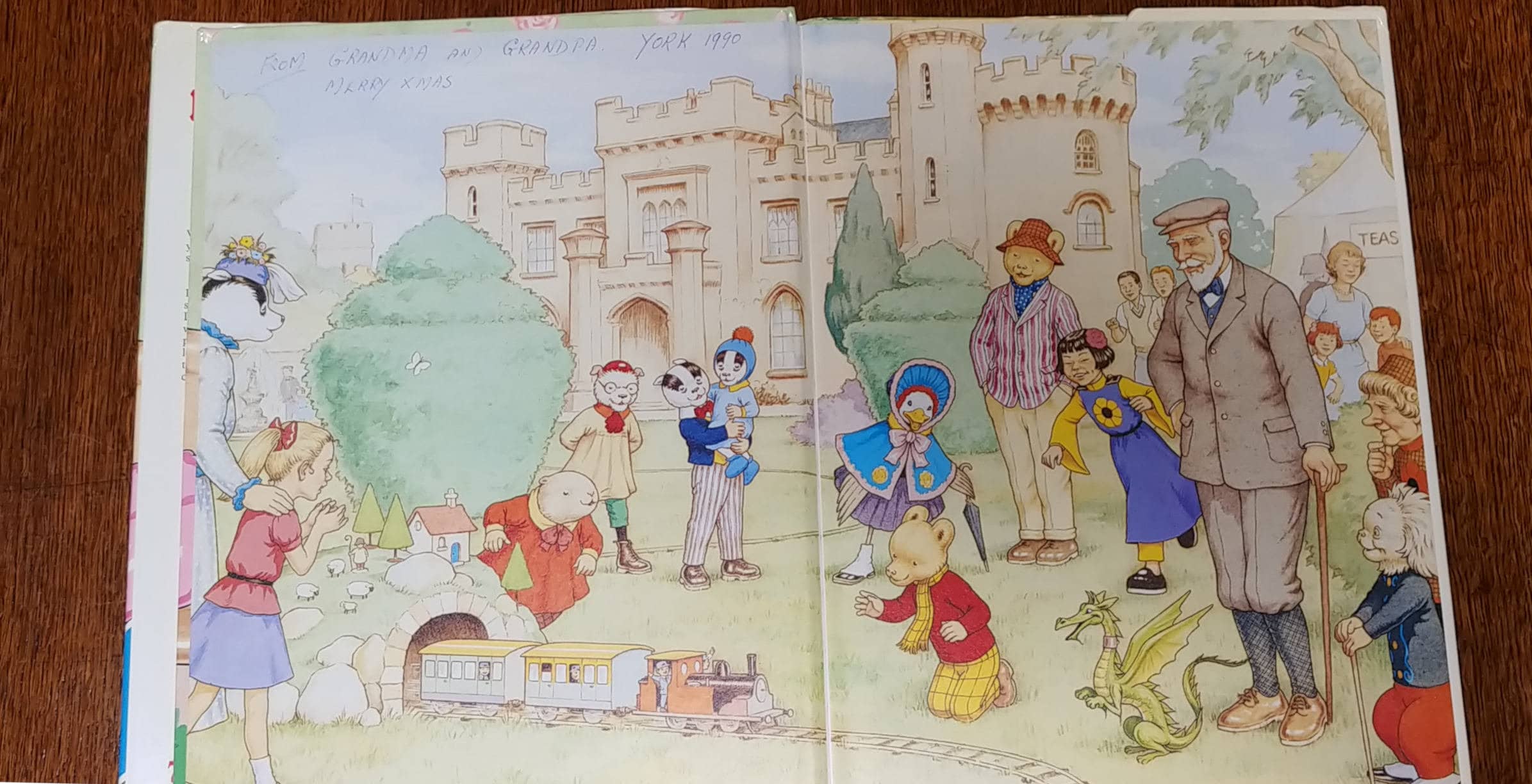 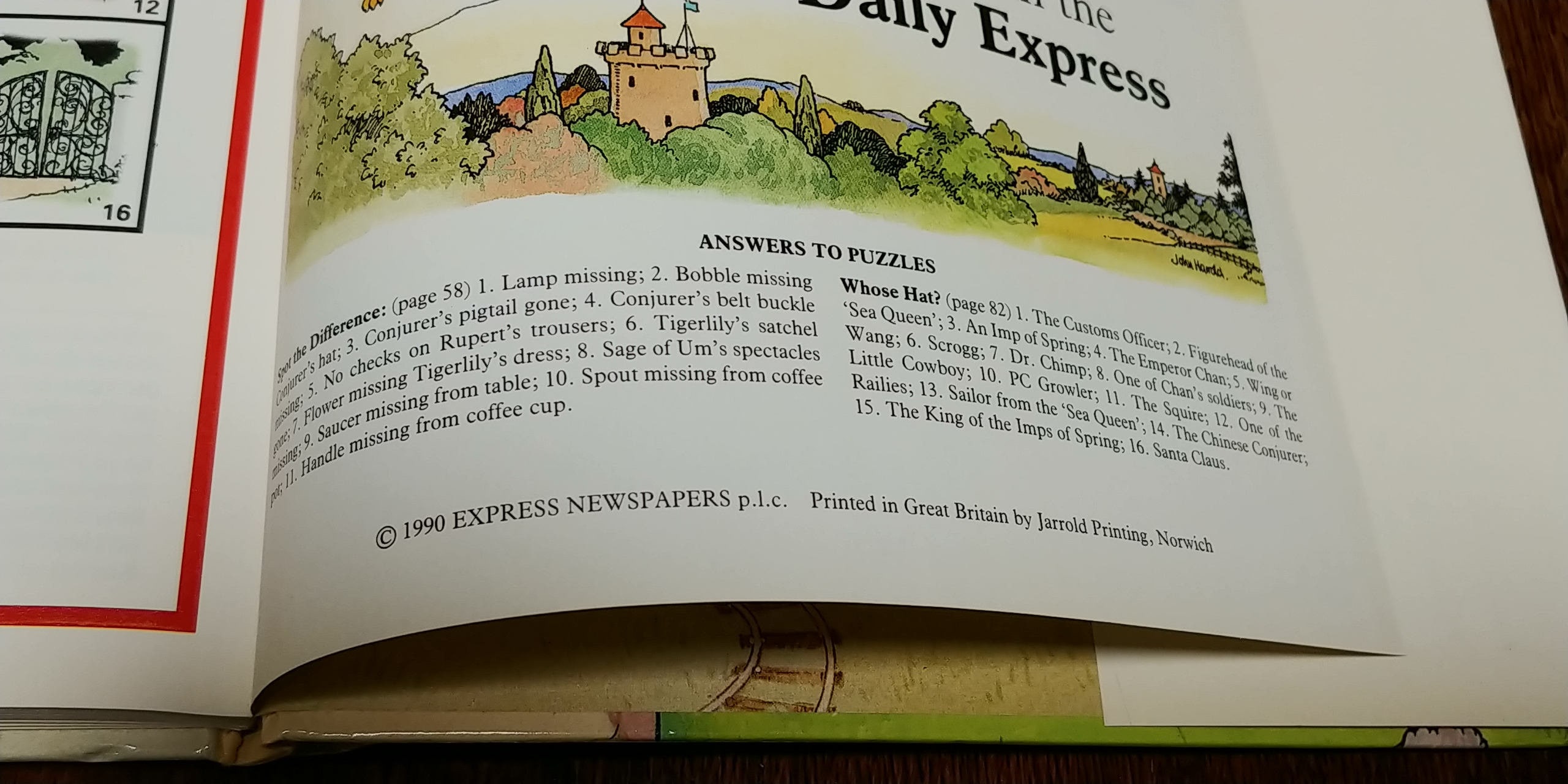 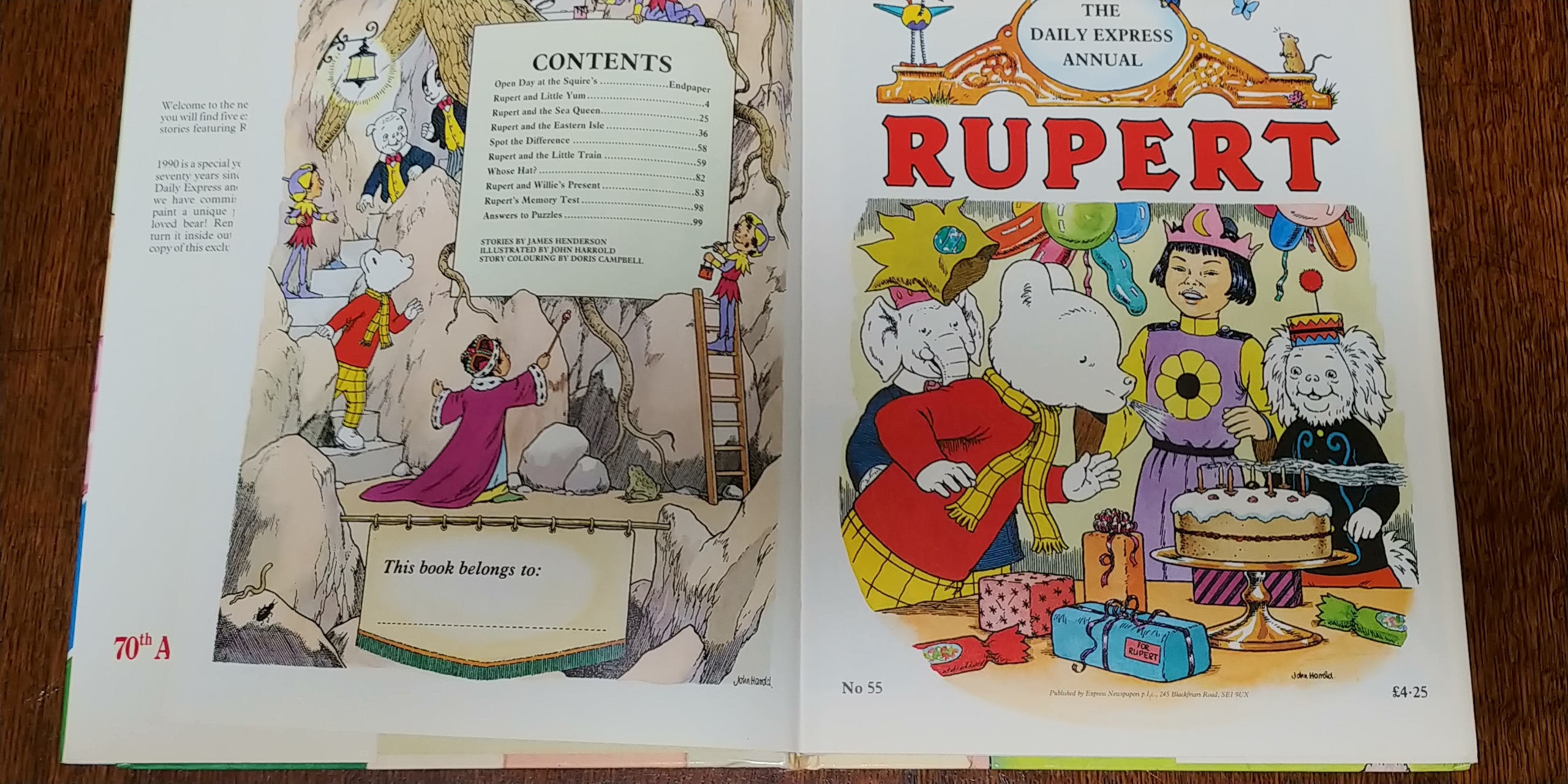 Original 1990 70th Anniversary Rupert edition No 55 of The Daily Express Annual. Rupert and Little Yum and other adventures of Rupert Bear and his pals.

CONTENTS FOR THE 1990 ANNUAL