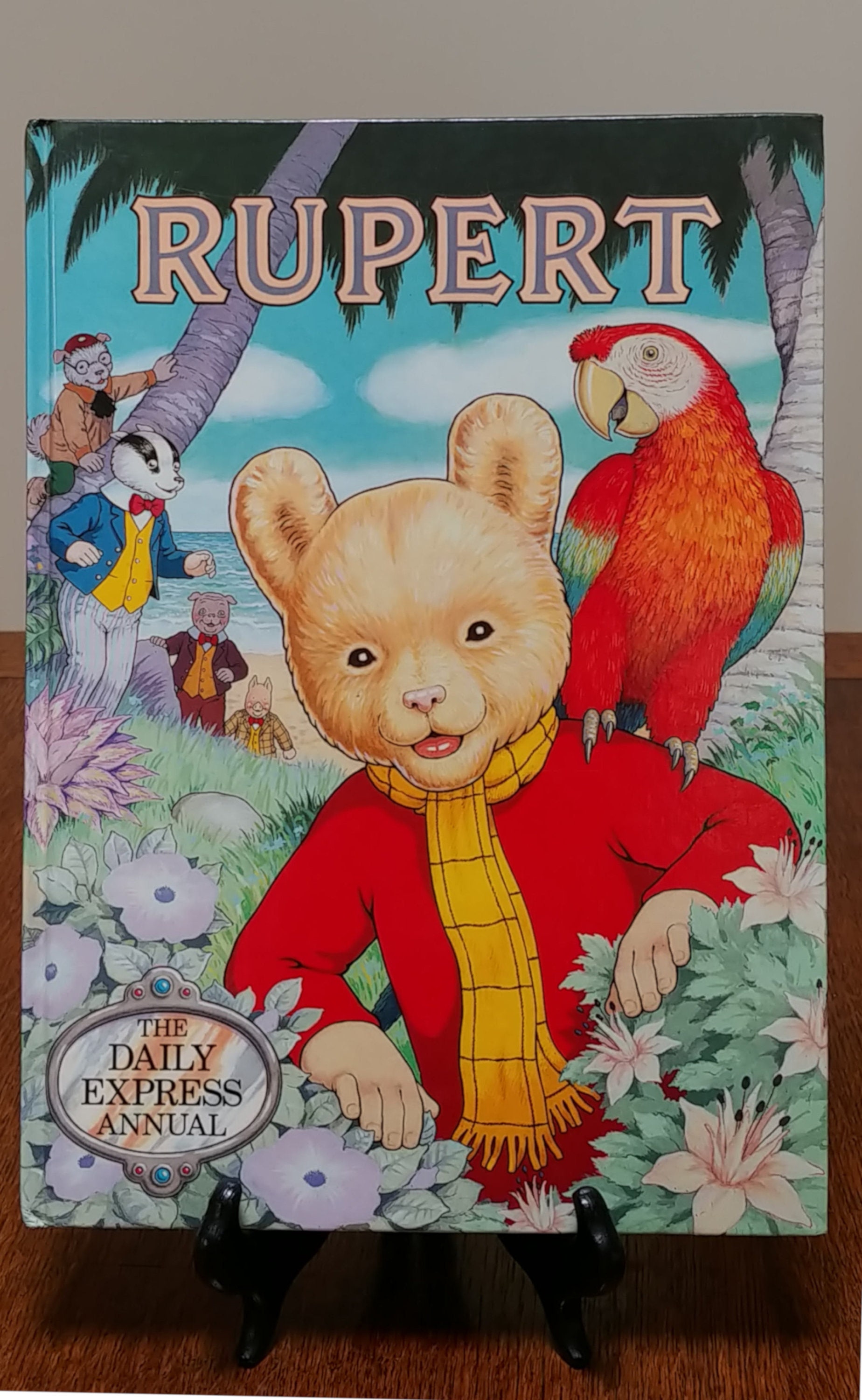 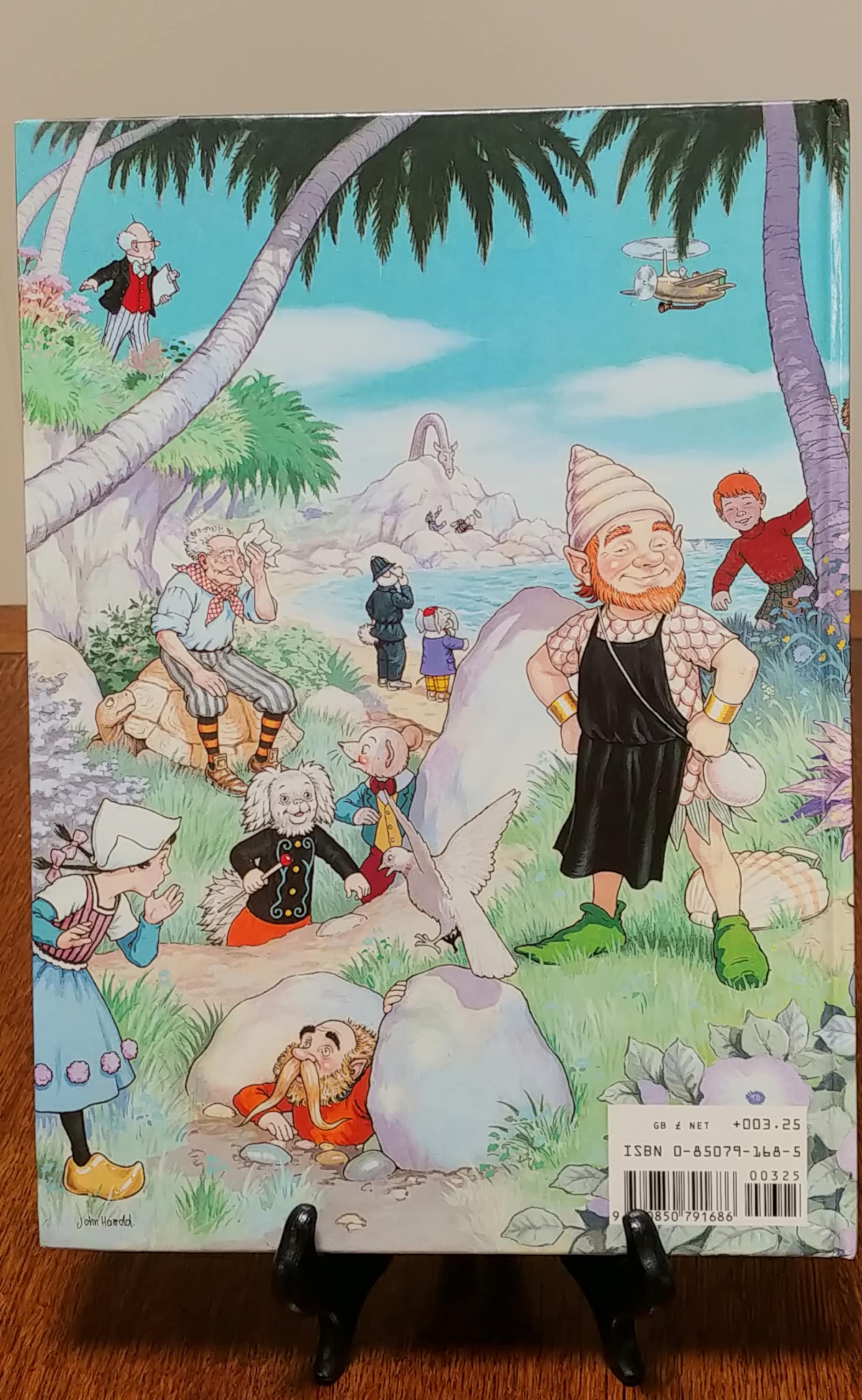 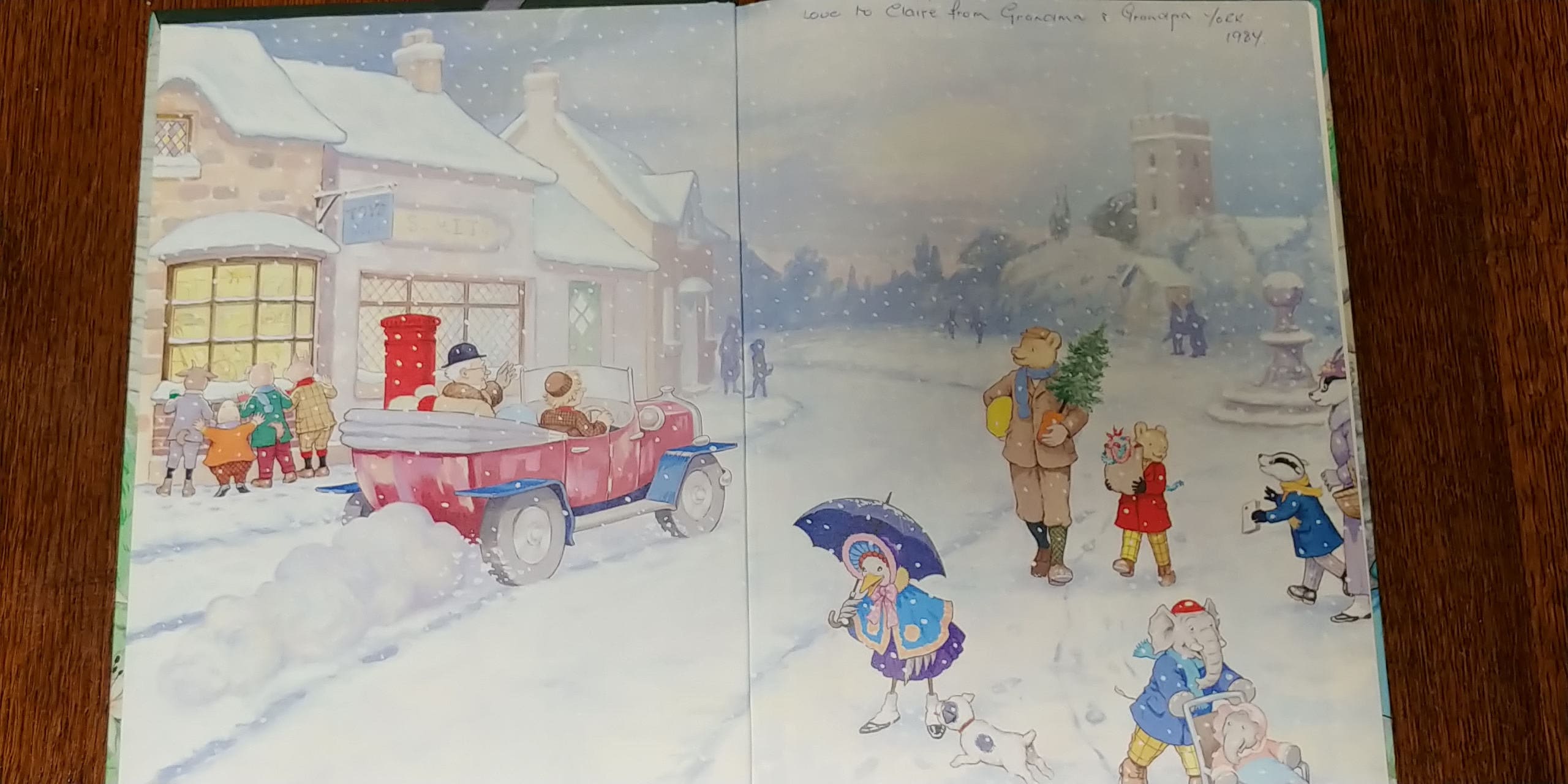 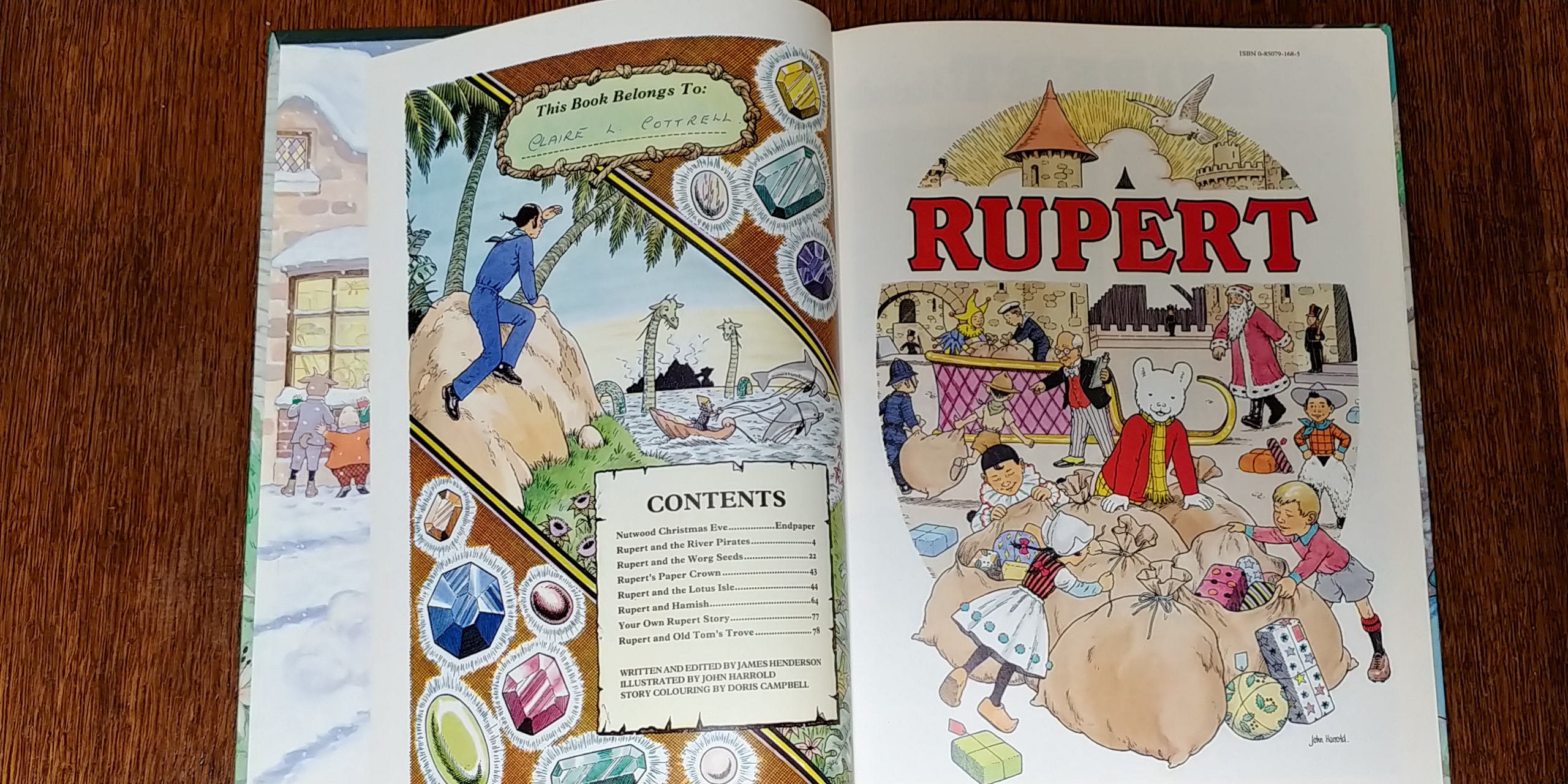 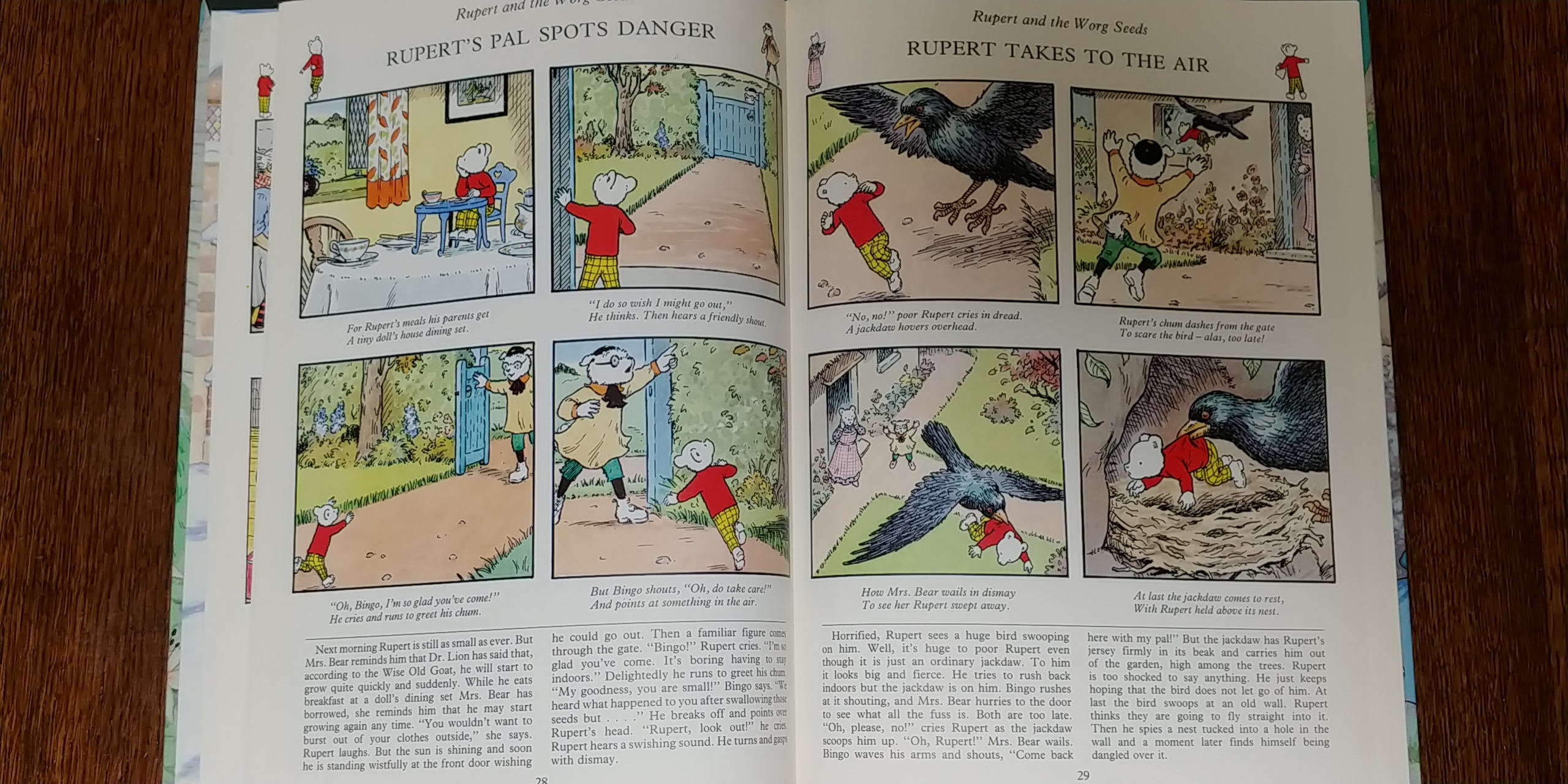 Original 1987 Rupert edition of The Daily Express Annual. Rupert and the River Pirates and other adventures of Rupert Bear and his pals.

CONTENTS FOR THE 1987 ANNUAL

Condition*: Near Fine. Lacks dust jacket, as issued. Dated gift inscription on front flyleaf and name written into "This Book Belongs To" bookplate on Contents page else interior pages are clean, undamaged, complete, and unclipped.