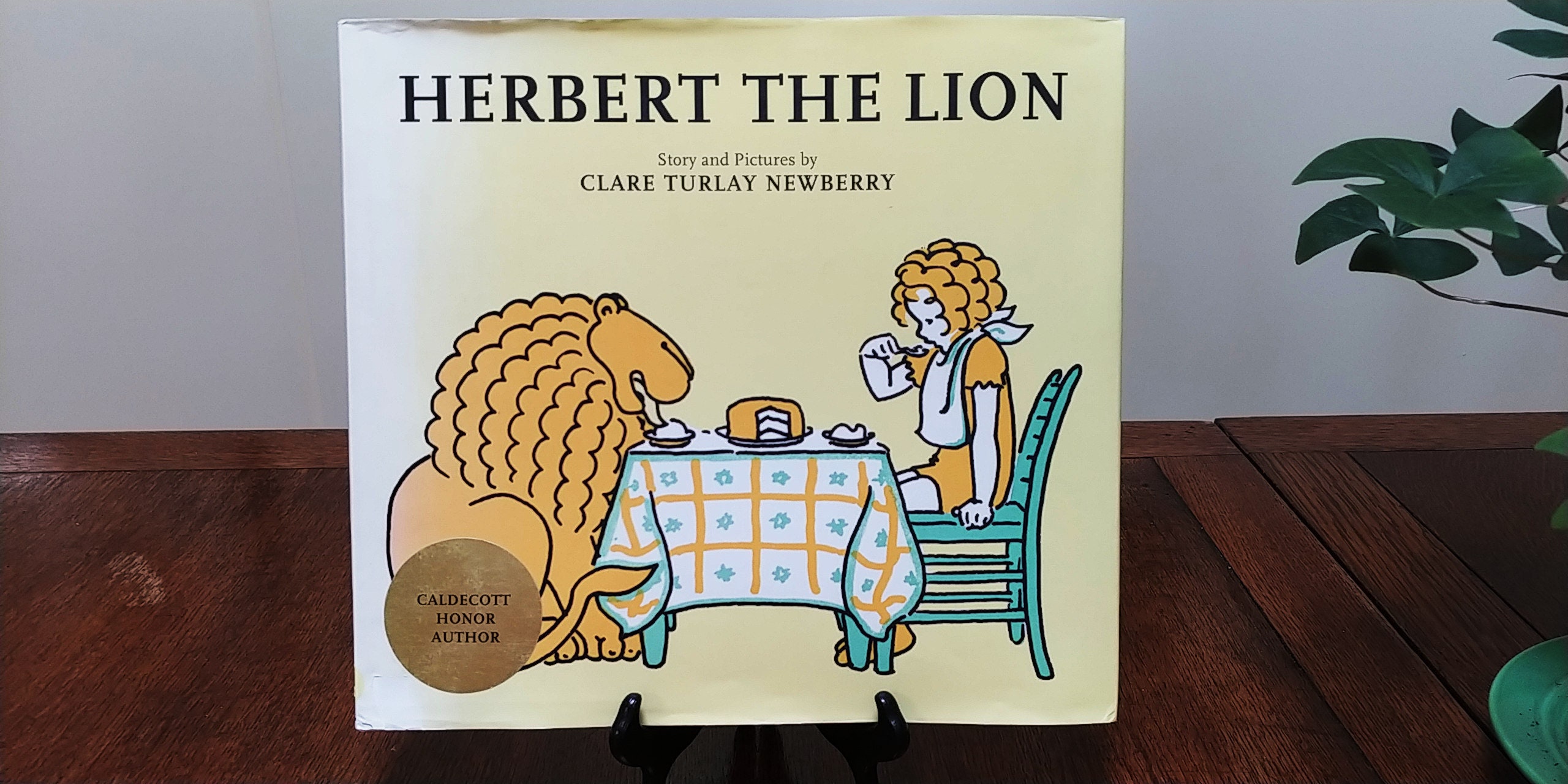 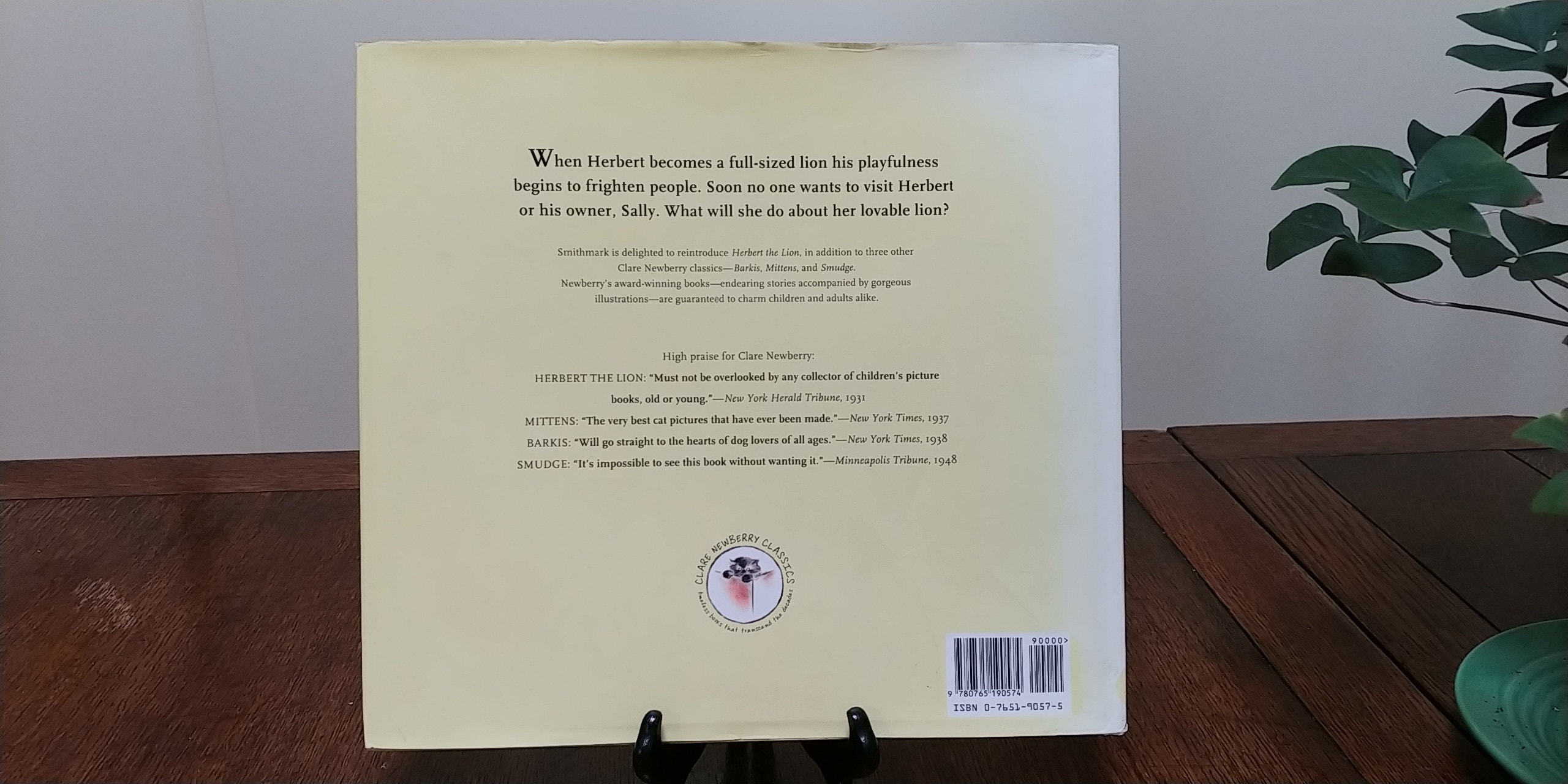 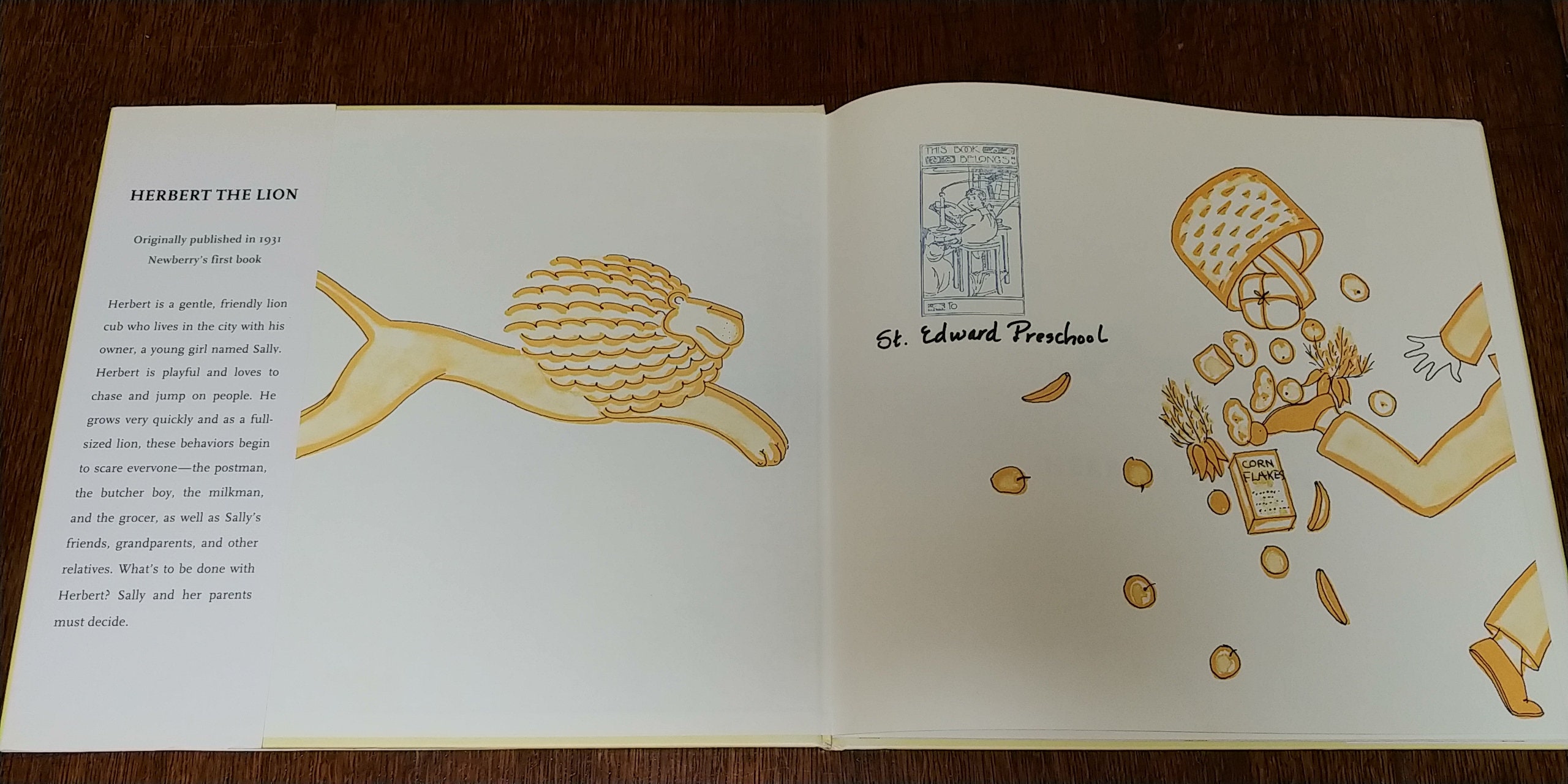 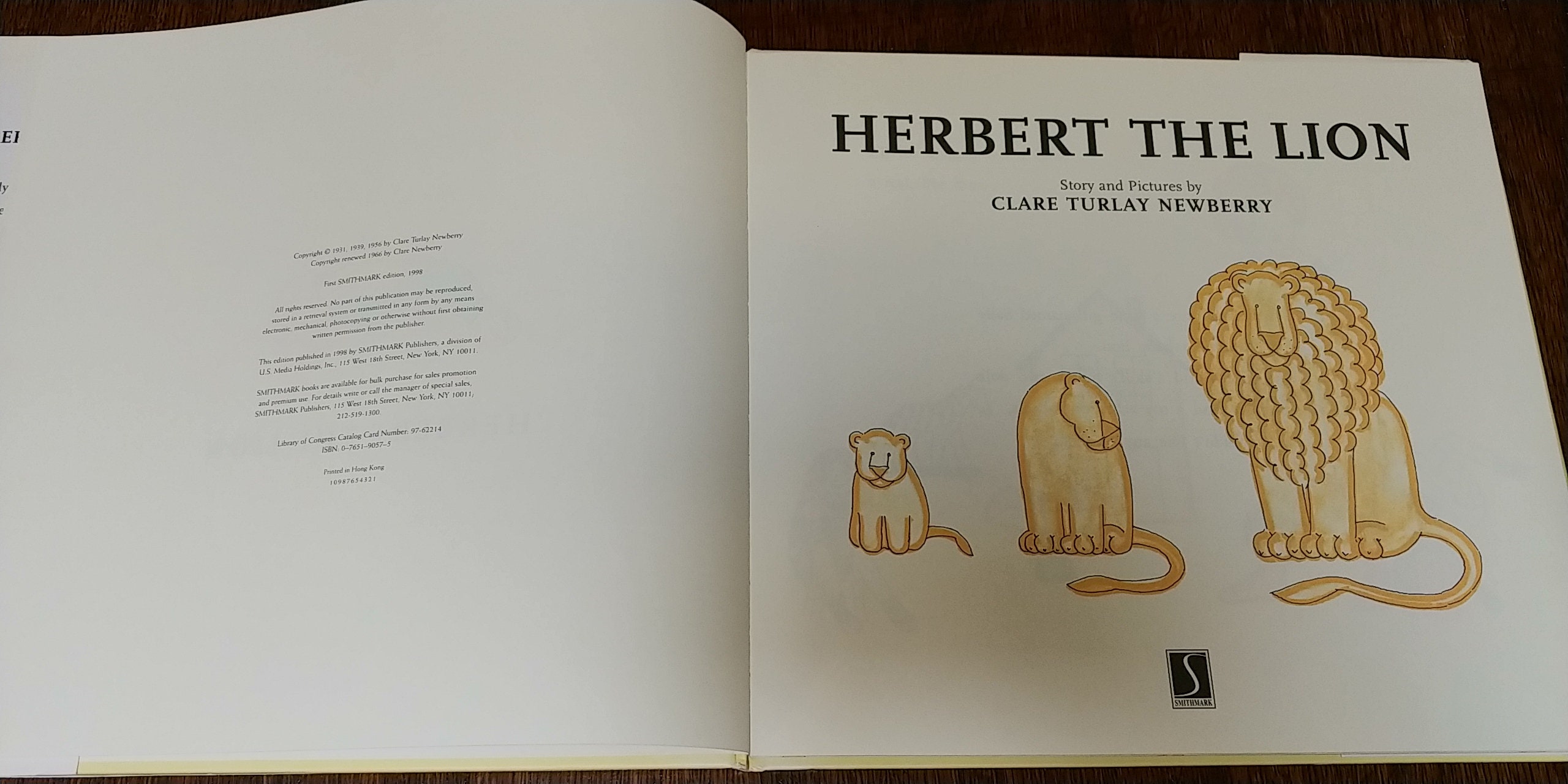 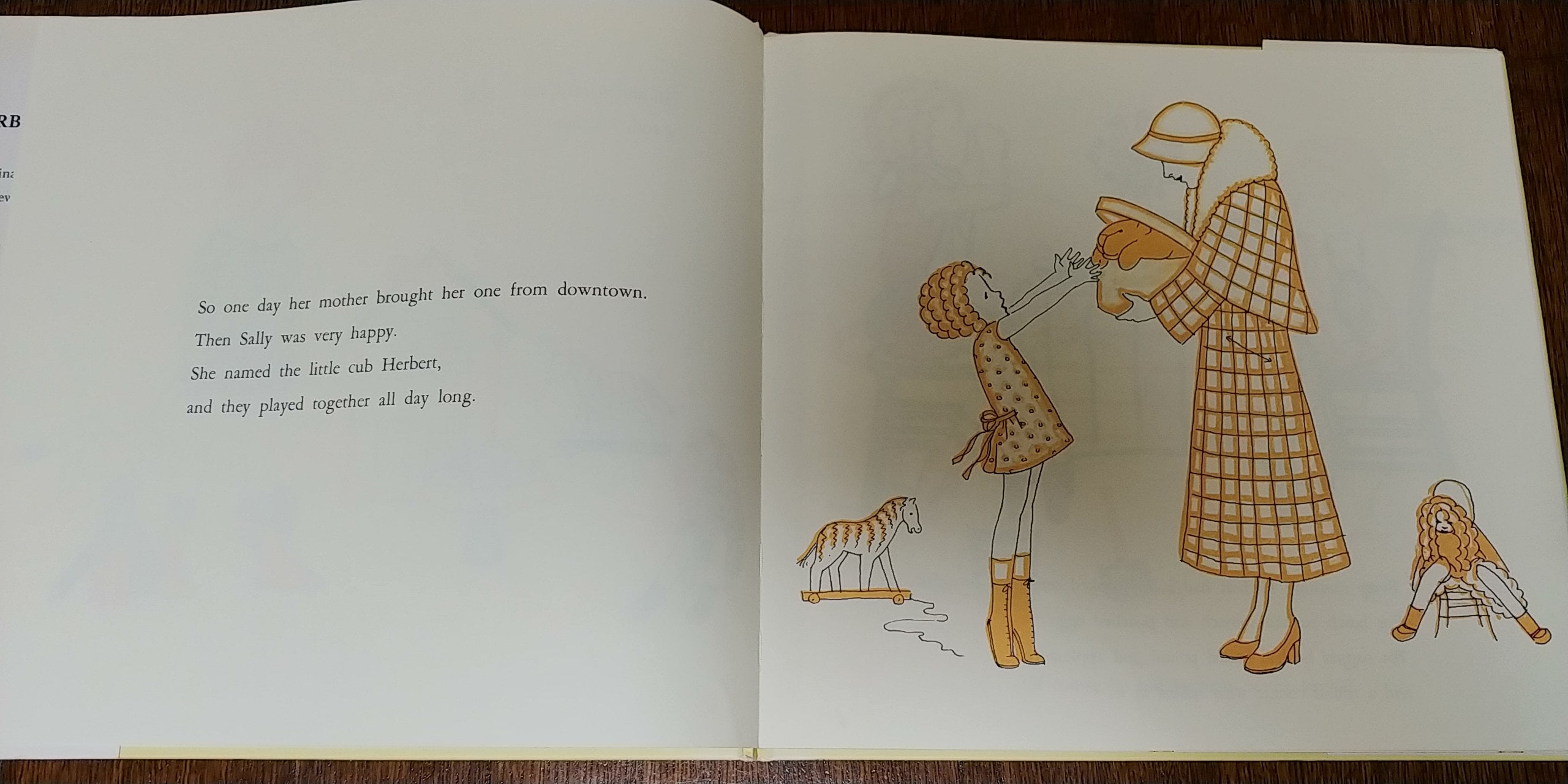 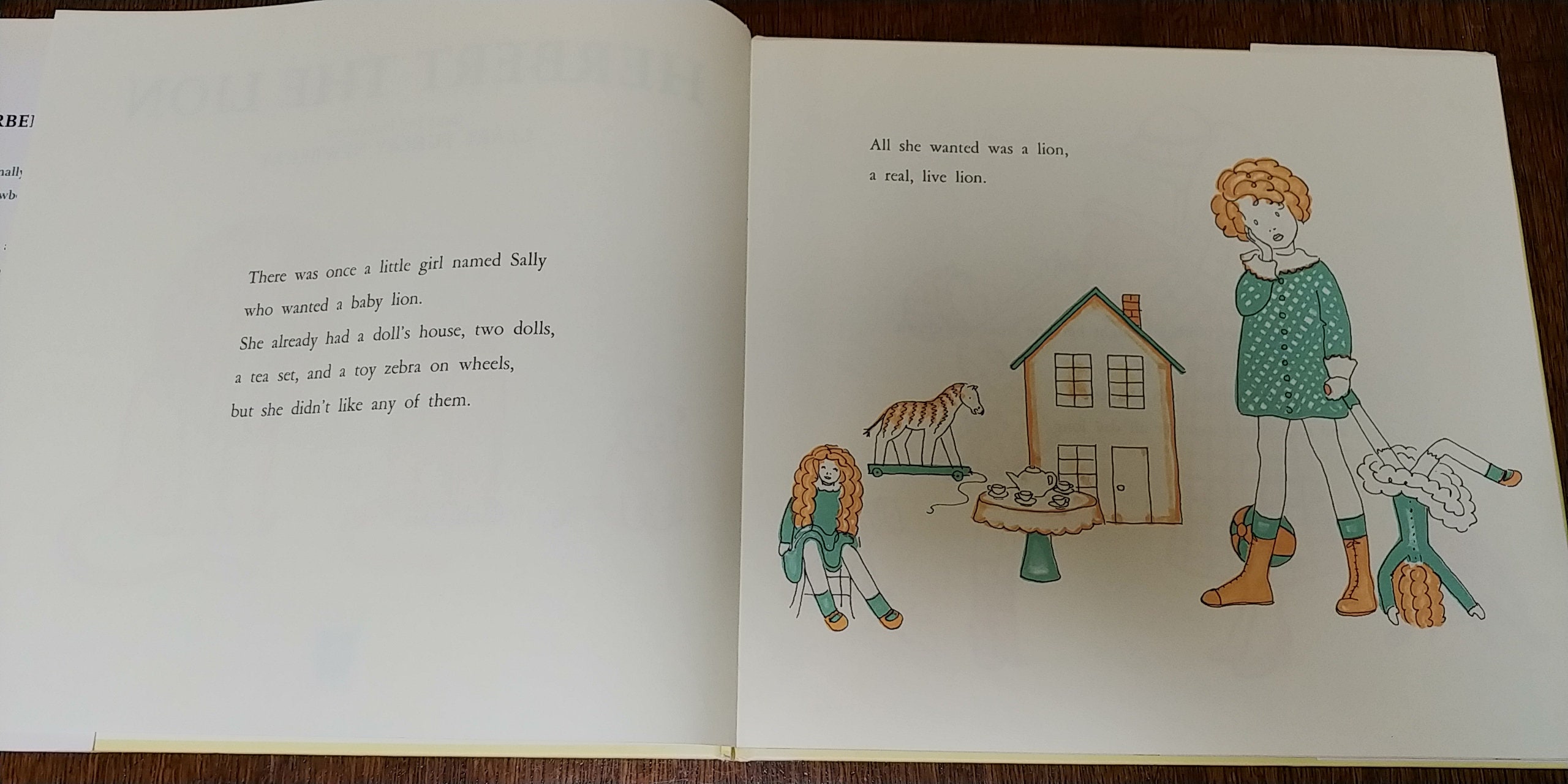 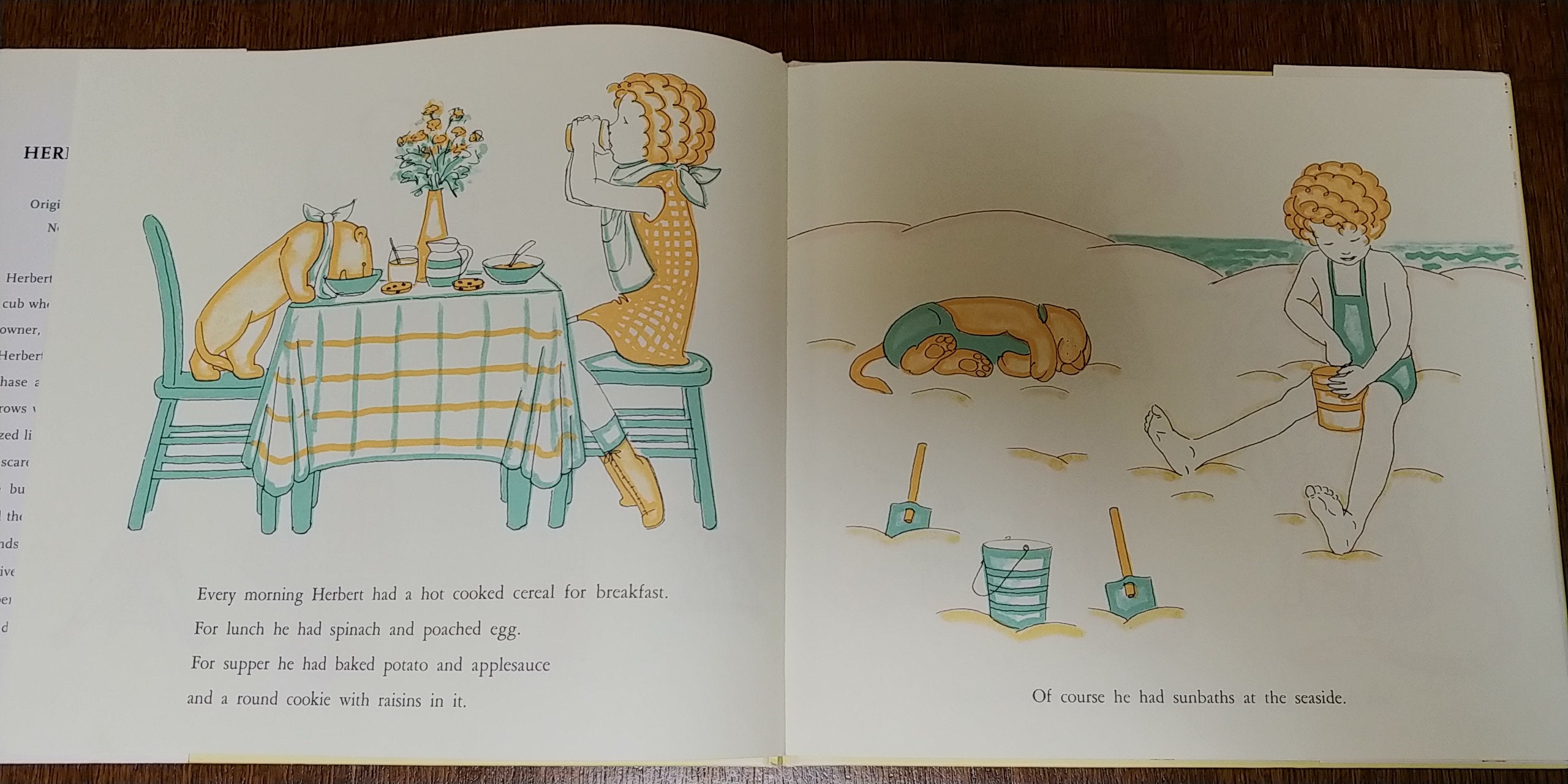 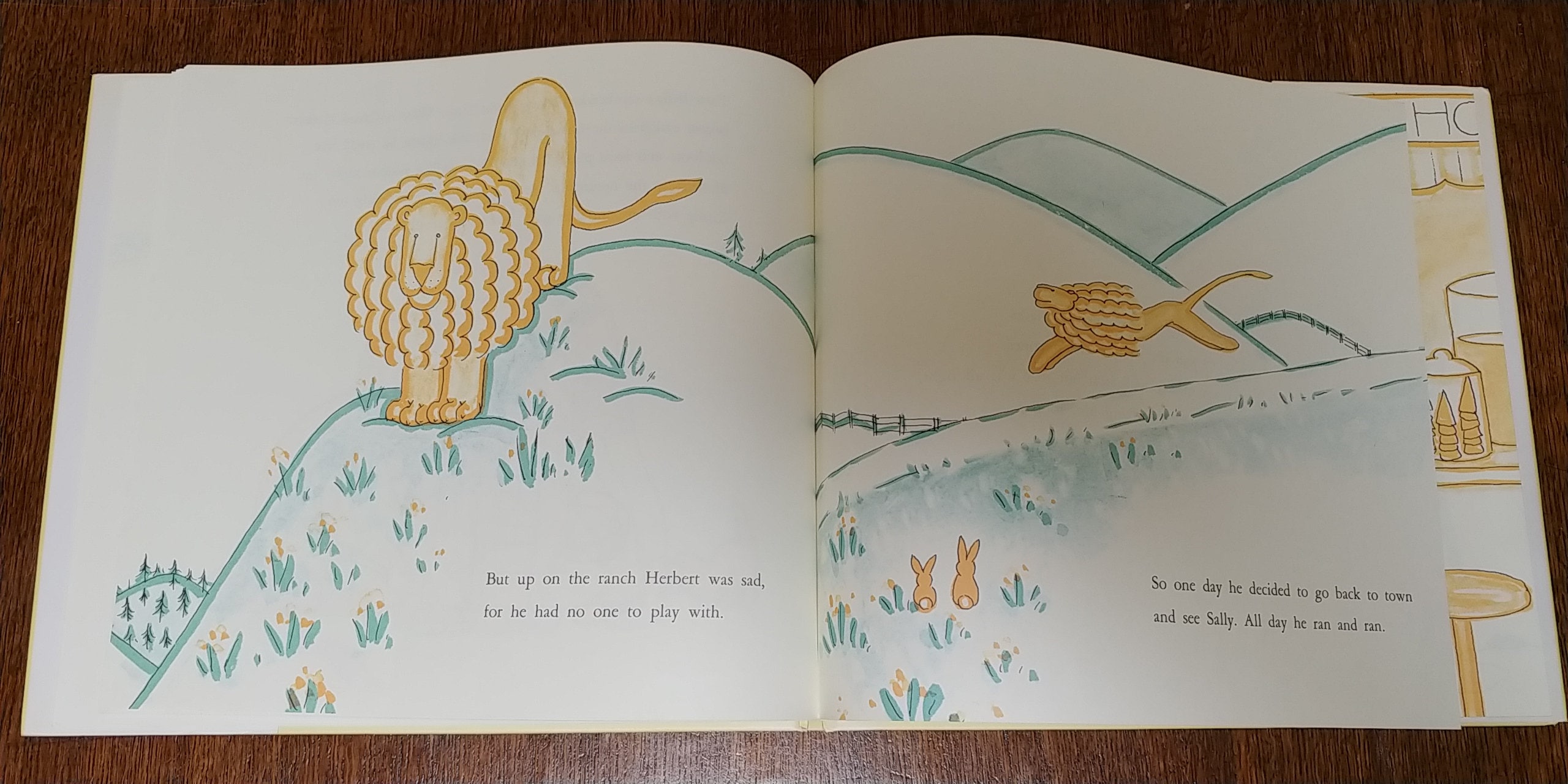 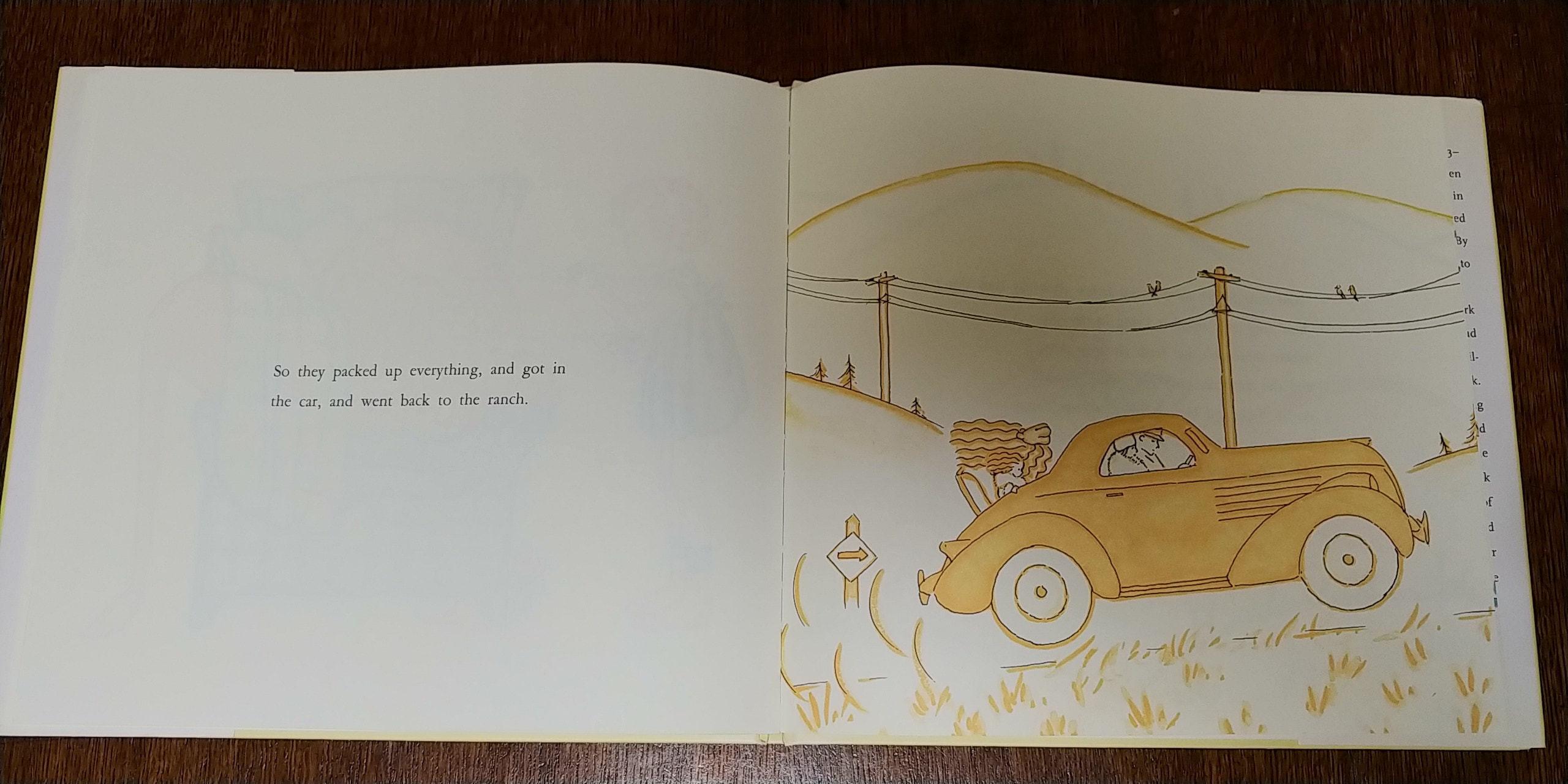 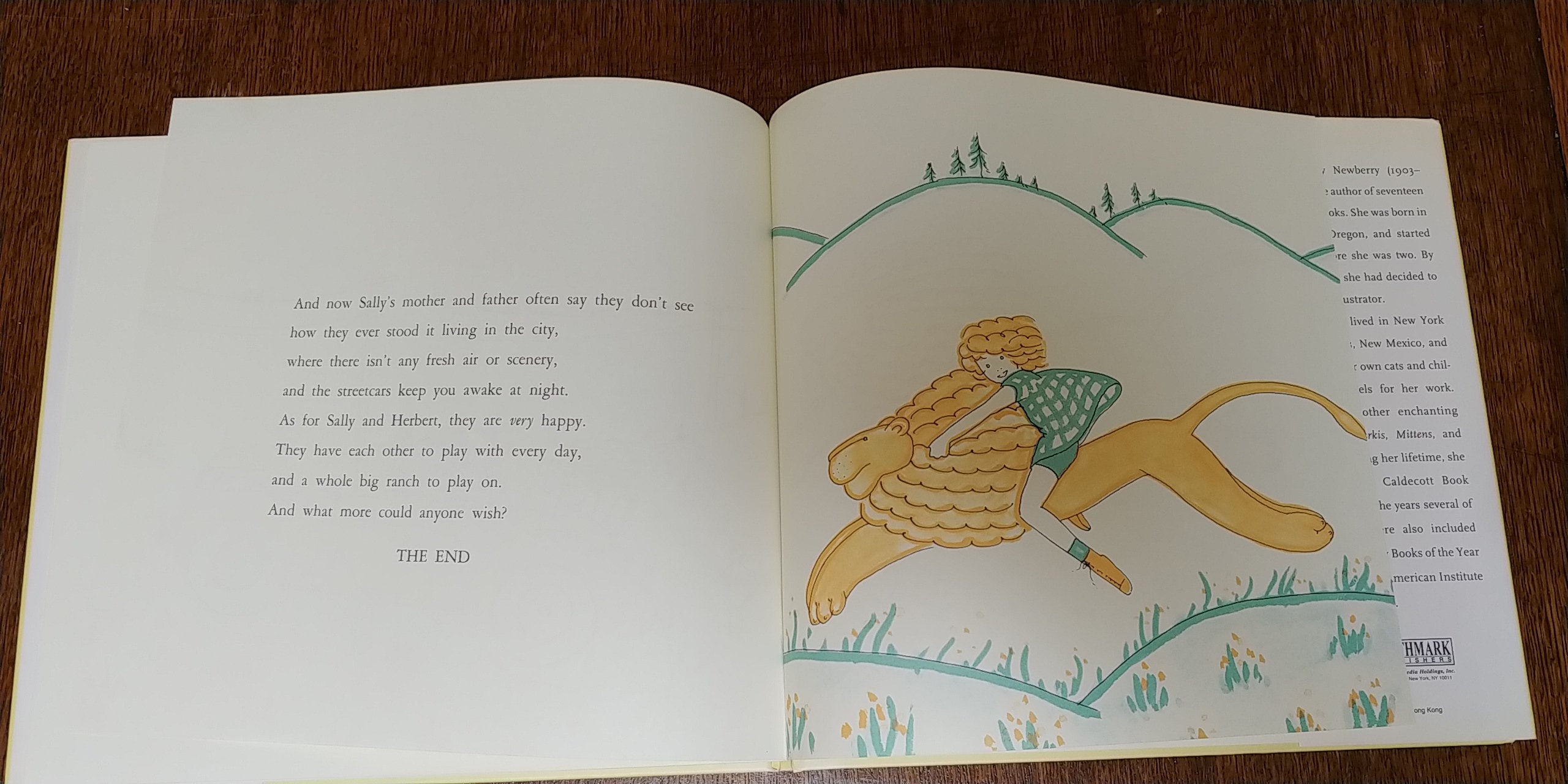 1998 Smithmark re-issue of Herbert the Lion by Clare Turlay Newberry, the story of a girl and her lion.

"There was once a little girl named Sally who wanted a baby lion. She already had a doll's house, two dolls, a tea set, and a toy zebra on wheels, but she didn't like any of them. All she wanted was a lion, a real, live lion."

Sally's mother finally brings her a lion cub, and she names him Herbert and they become best friends. But as he grows up Herbert becomes a handful, and Sally's parents take him to their ranch in the mountains where he'll have room to roam and Sally can still visit him. They miss each other terribly. Herbert decides to go back home. Sally is delighted to see him! But her parents know that he can't stay. As it turns out, neither can they. Sally and her family move to the mountains too, to be with Herbert.

Clare Turlay Newberry (1903 - 1970) wrote seventeen children's books. Herbert the Lion was her first book, originally published in 1931, and the magic of the story, and Newberry's wonderful illustration, endures. In her lifetime, four of her books were selected as Caldecott Honor books.

Condition*: Very Good/Very Good. Dust jacket: Slight ruffling along the top and bottom edges from normal shelf wear; slightly bumped at head and tail of the spine; small square scuff on the front, lower left. (Apparent sunning radiating from the spine is part of the jacket design.) Stamped bookplate on front flyleaf with name of St. Edward Preschool.