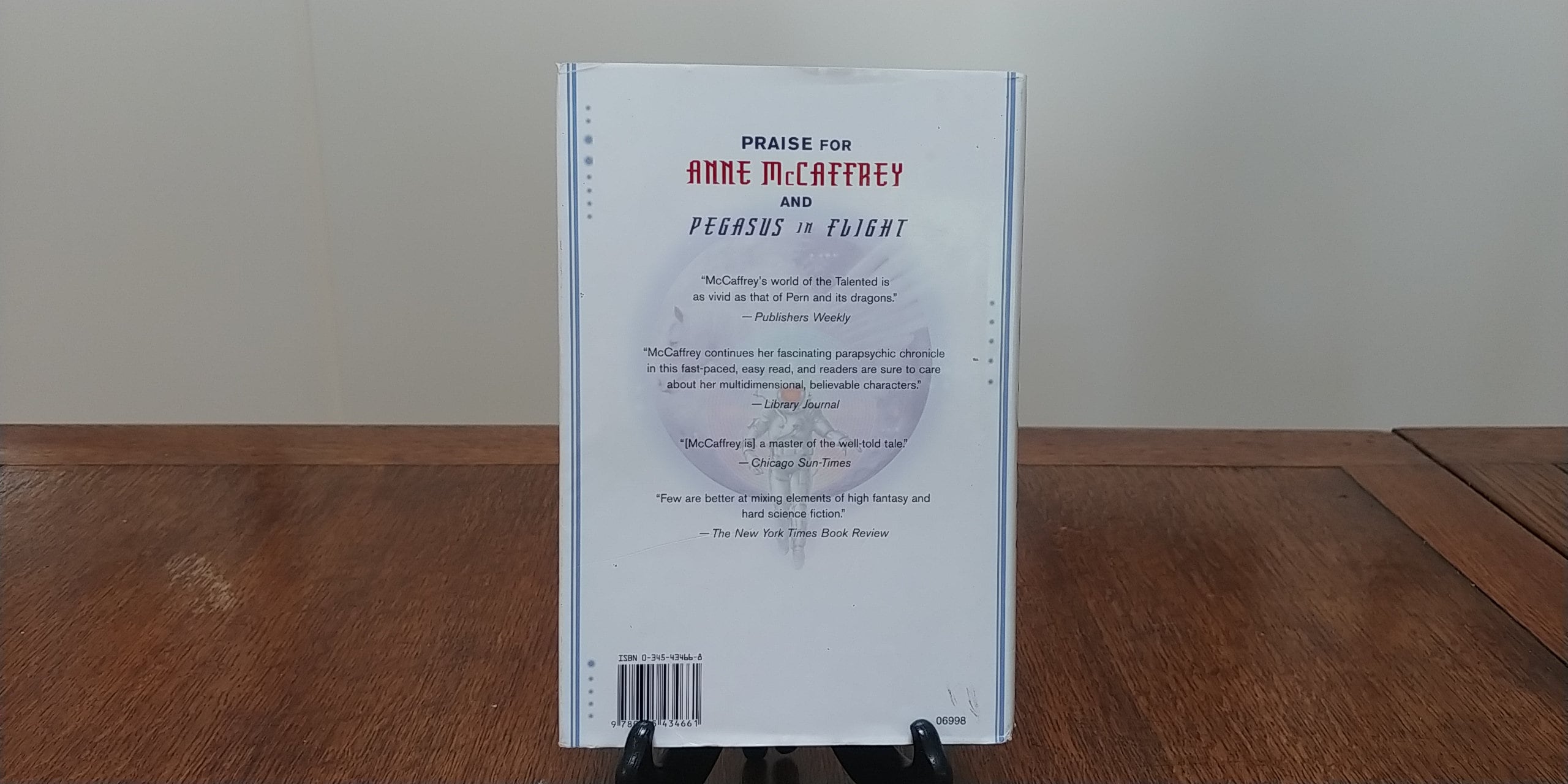 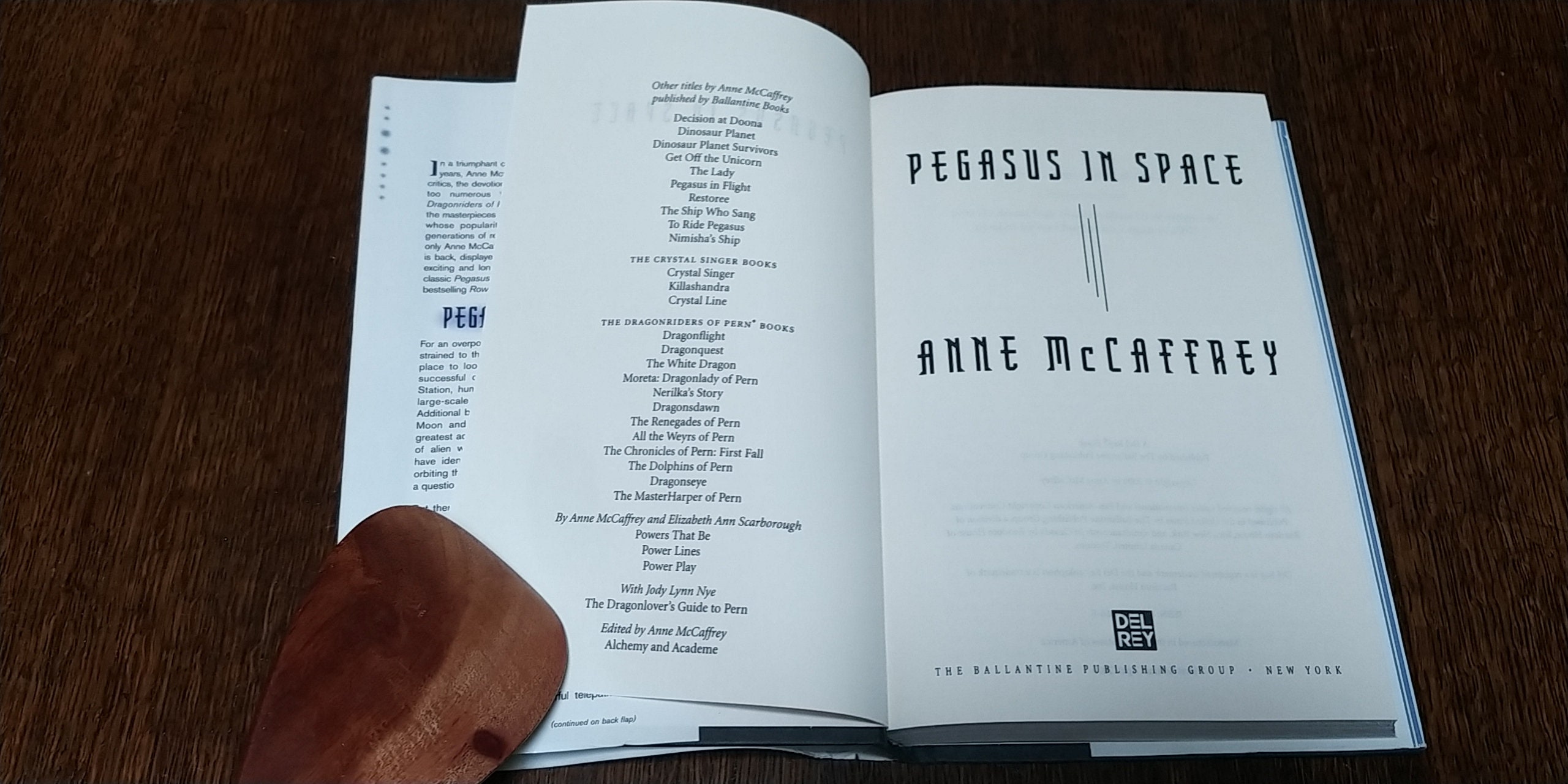 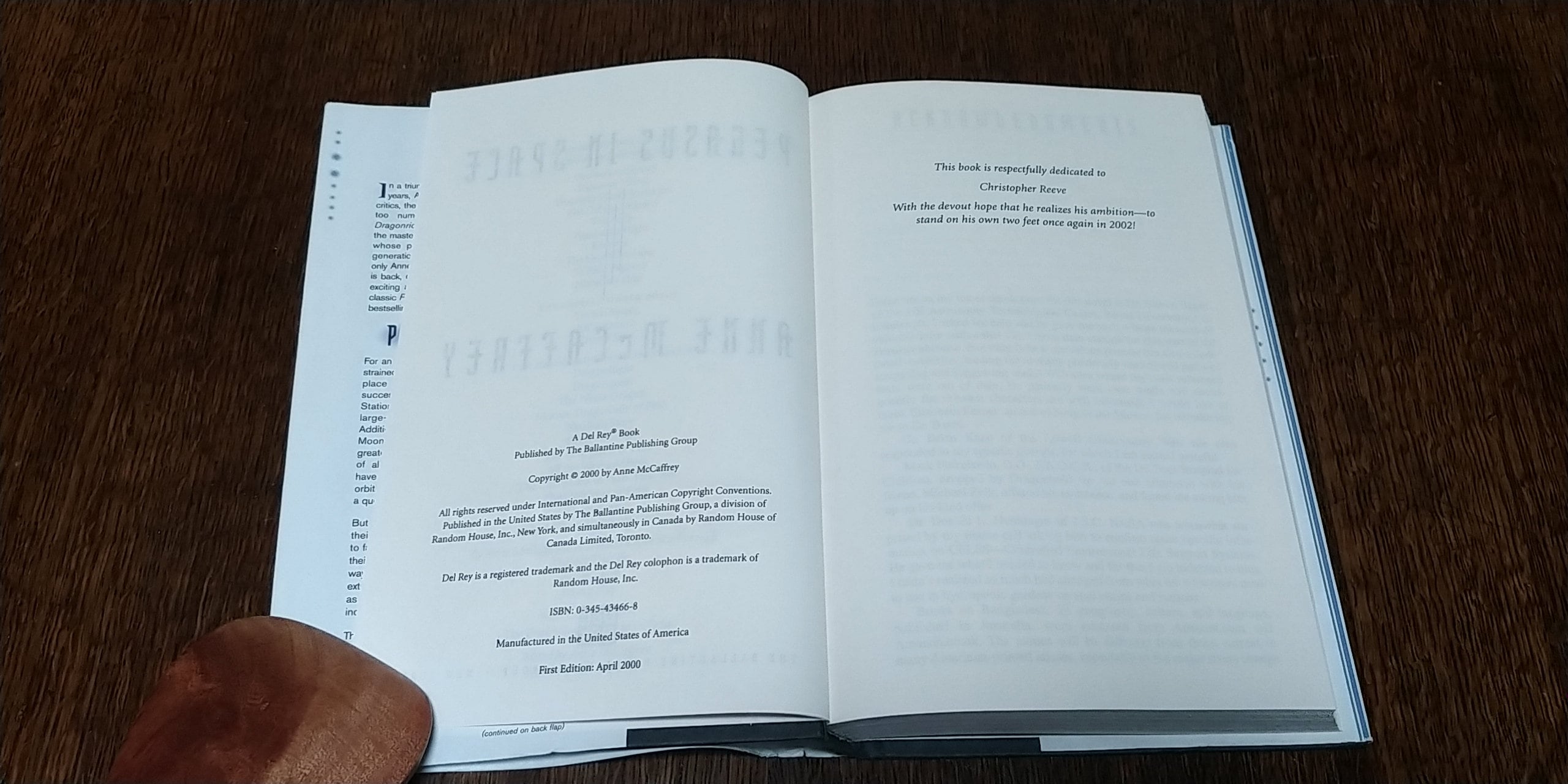 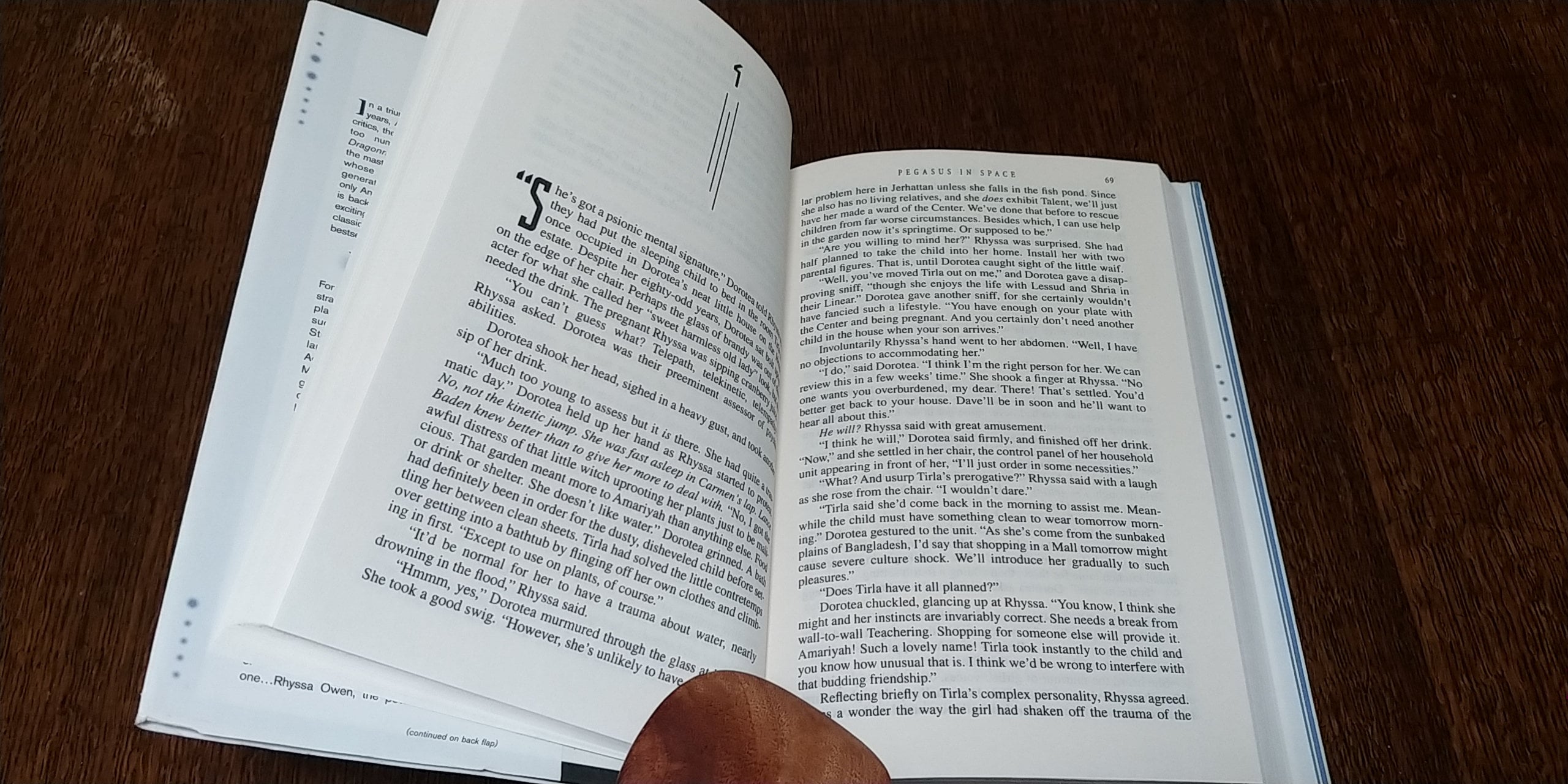 First edition of Pegasus in Space by Anne McCaffrey, the third and final book of the Talents Saga.

Pegasus in Space is the third and final book in McCaffrey's Talents Saga:

"For an over-populated Earth whose resources are strained to the breaking point, there is only one place to look for relief: straight up. With the successful completion of the Padrugoi Space Station, humanity has at last achieved its first large-scale permanent presence in space. Additional bases are feverishly being built on the Moon and on Mars, stepping stones to the greatest adventure in all history: the colonization of alien worlds. ...

"But there are those who, for selfish motives of their own, want Padrugoi and the other outposts to fail. ... Standing in their way are the Talented, men and women gifted with extraordinary mental powers that have made them as feared as they are respected....

"Now, as sabotage and attempted murder strike the Station, it's up the Talented to save the day..."

Condition*: Near Fine/Very Good. Dust jacket: Two small indentations on the front, towards the spine; a few shallow scratches near the title; small scuff on the back, lower right corner; mild edge wear.