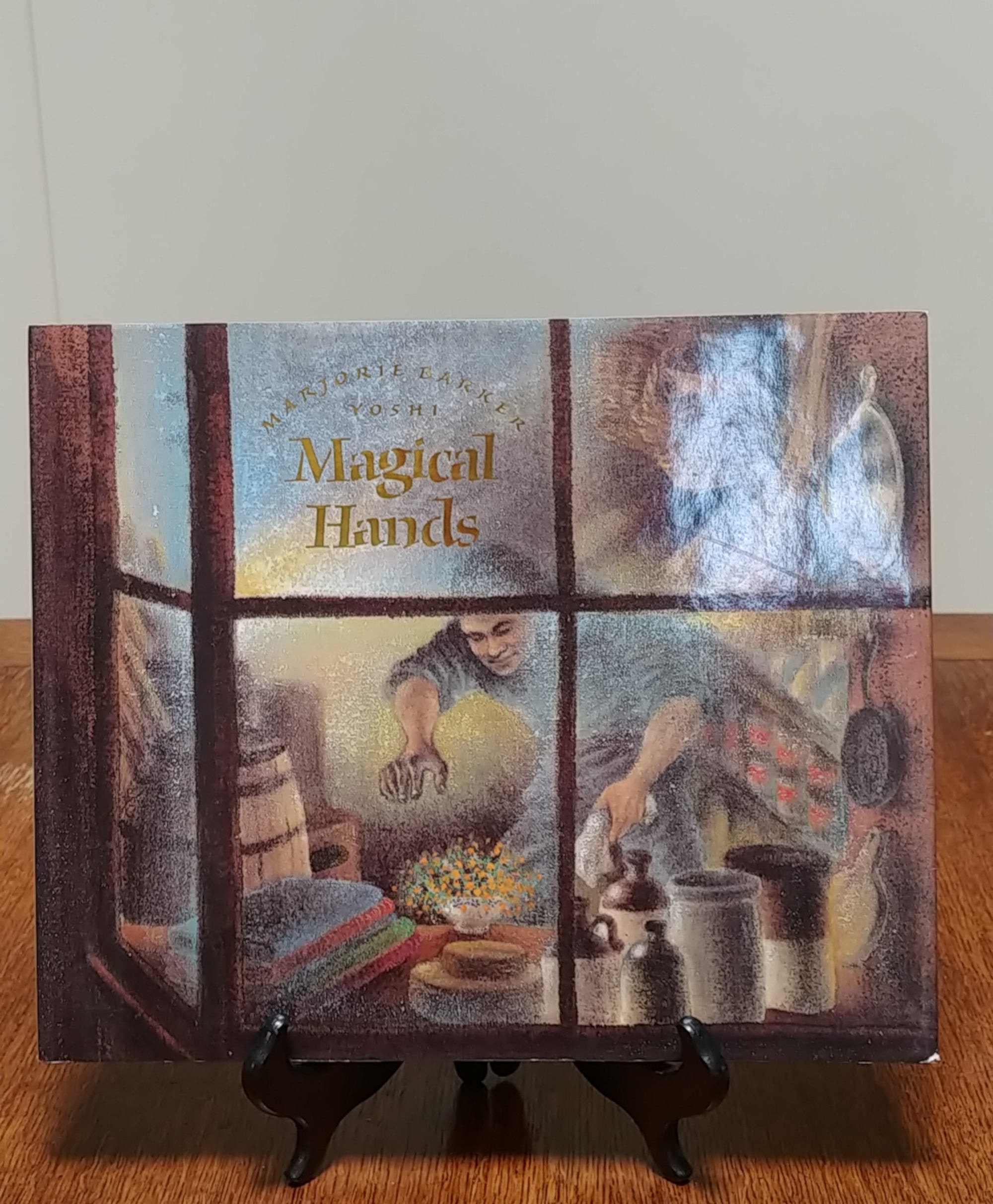 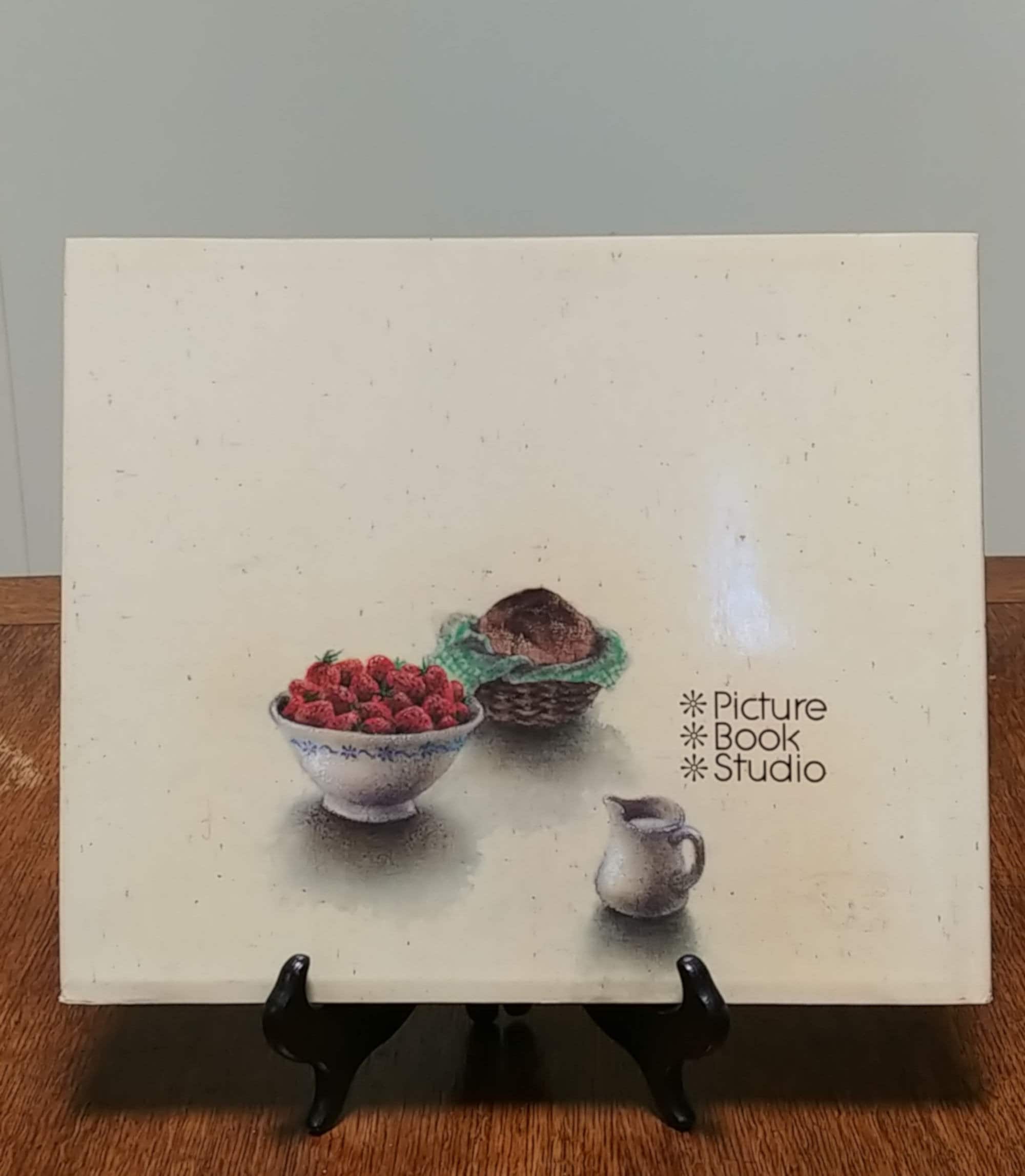 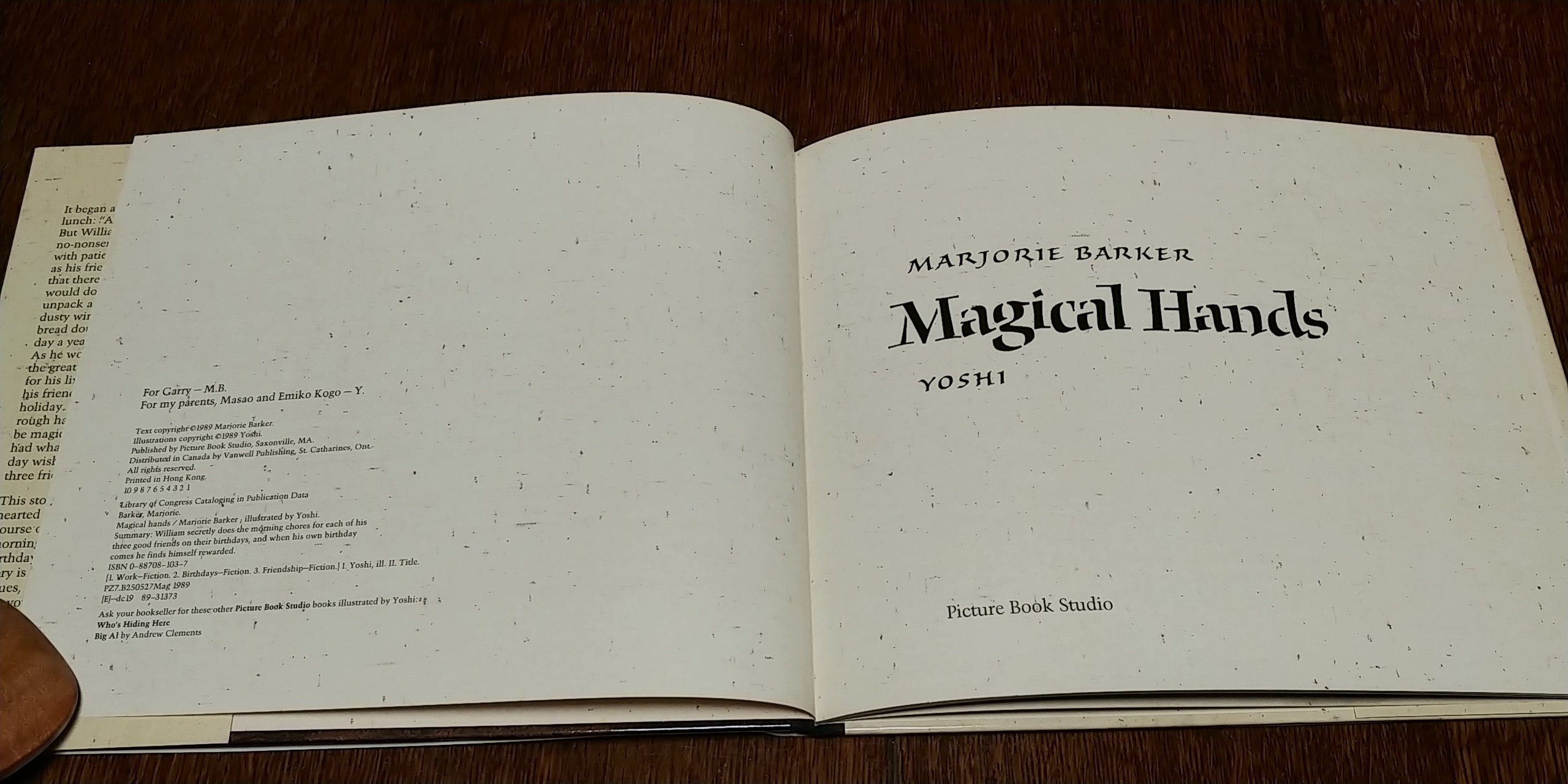 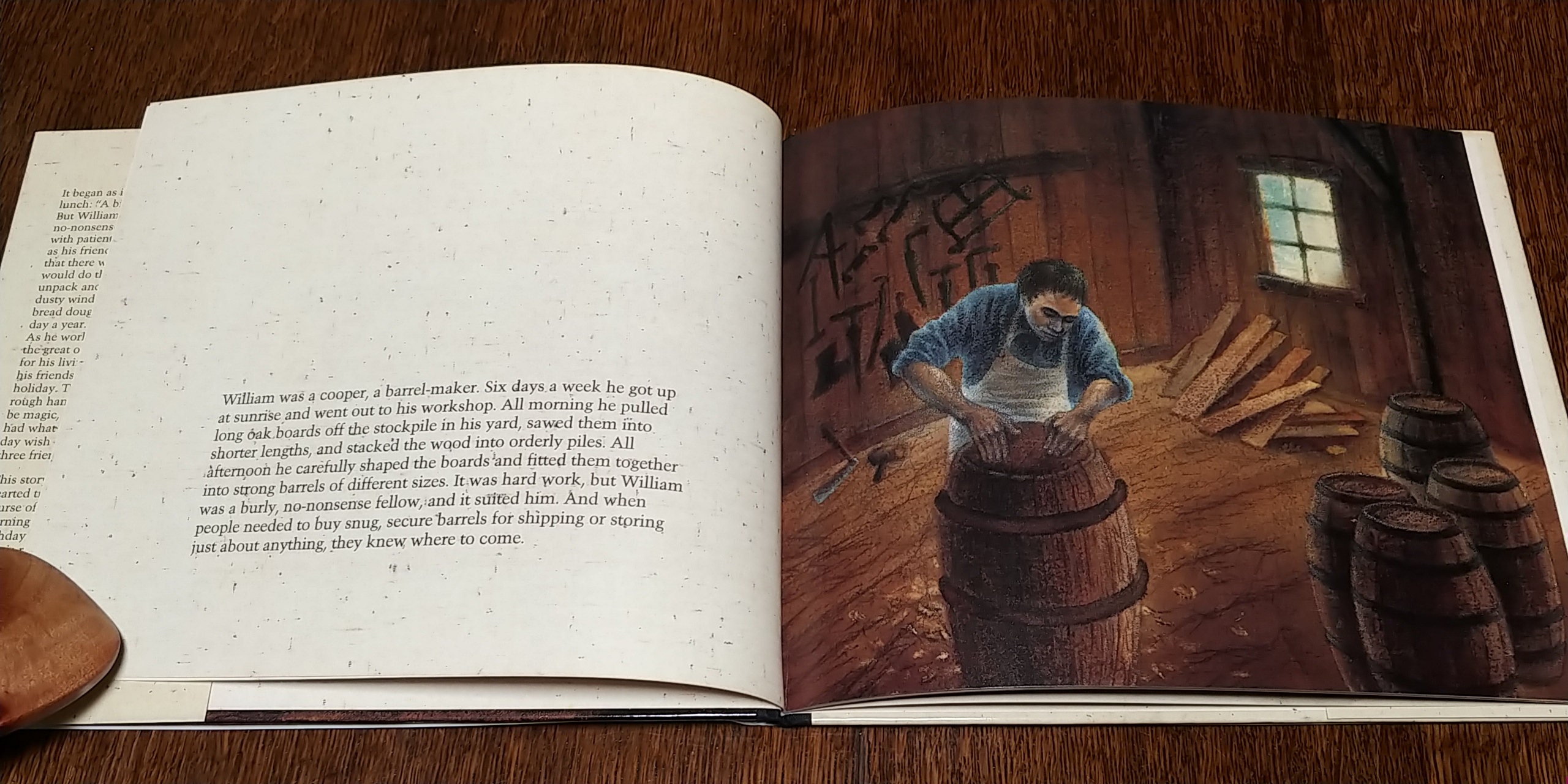 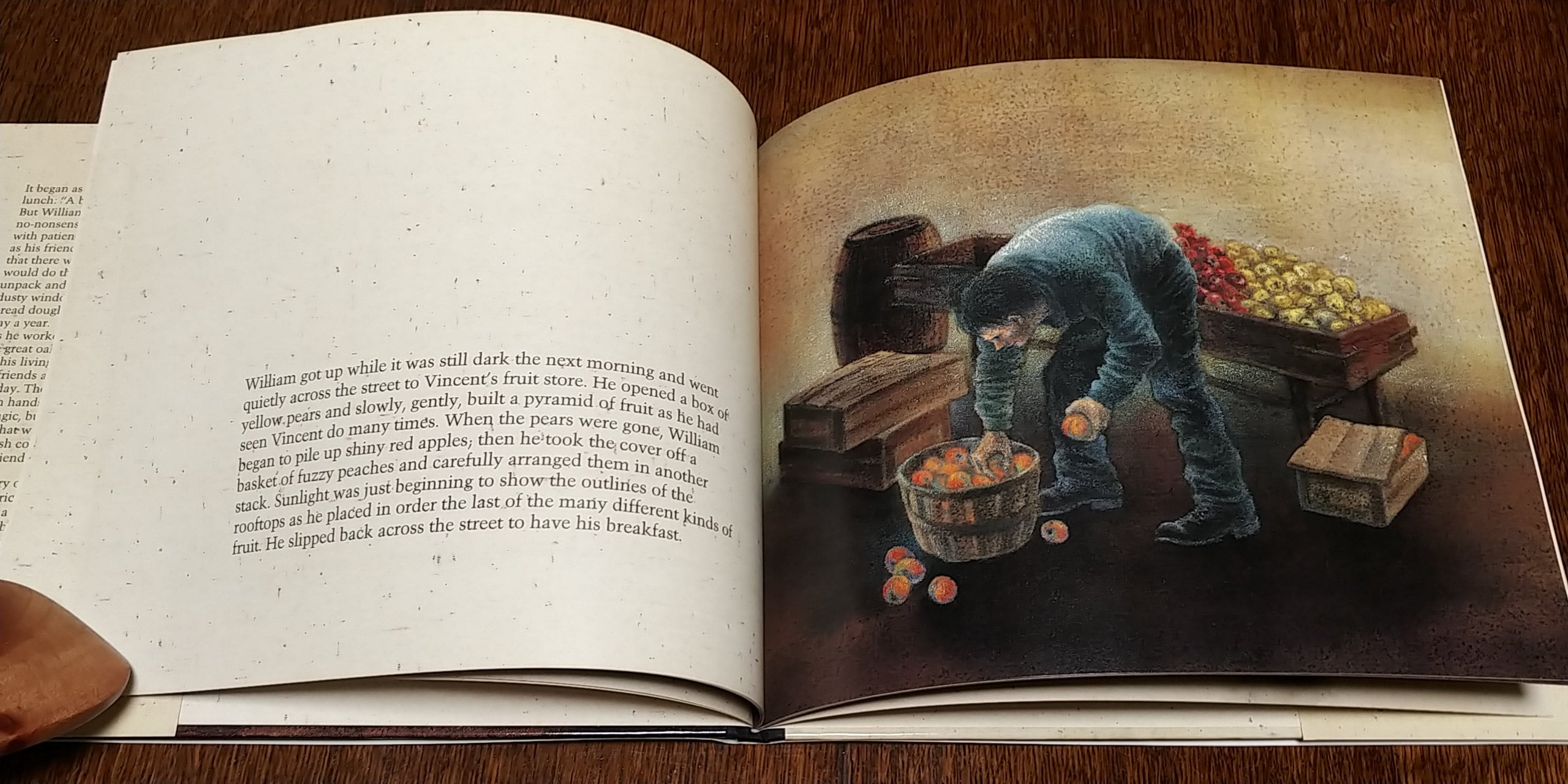 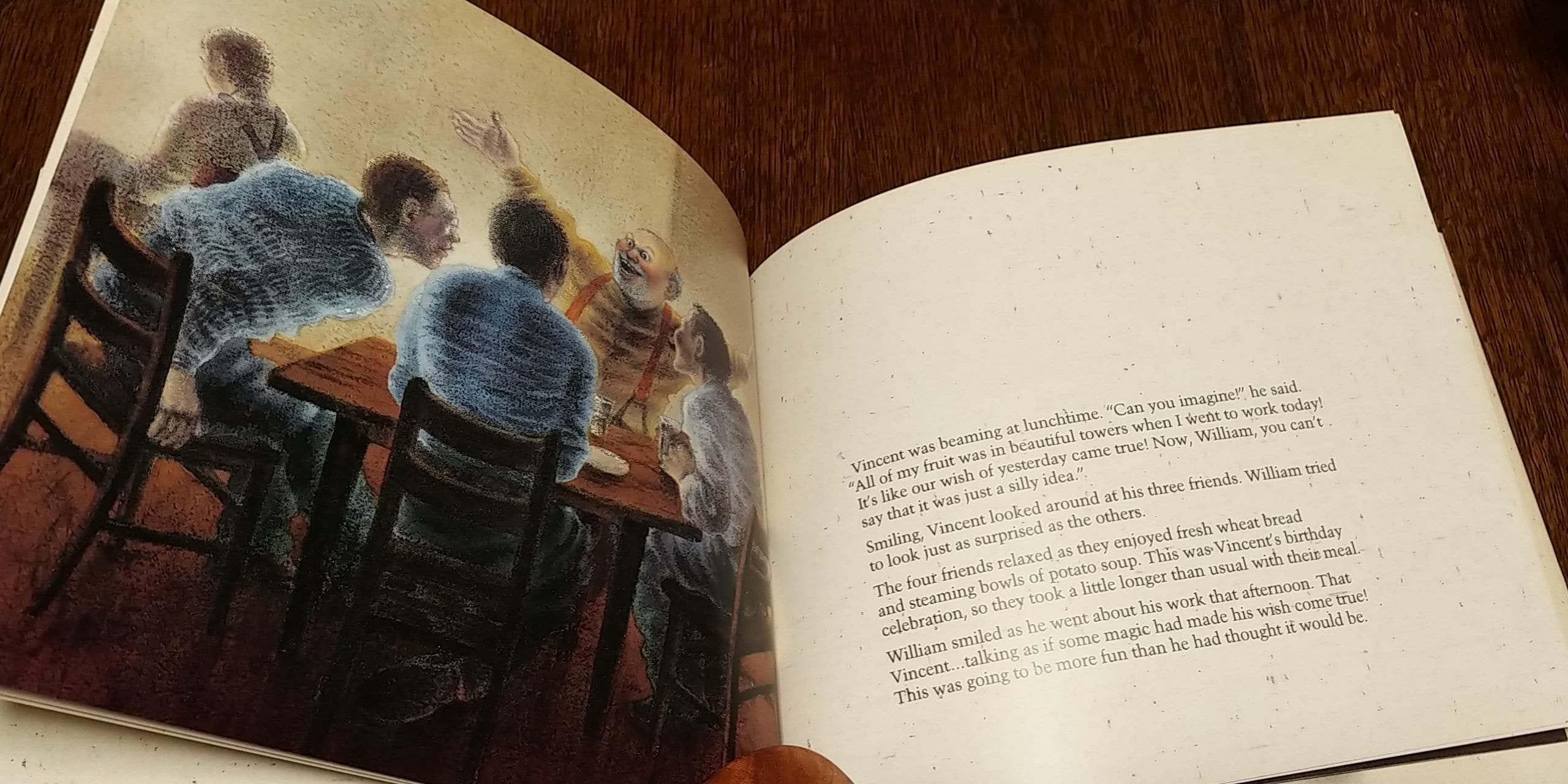 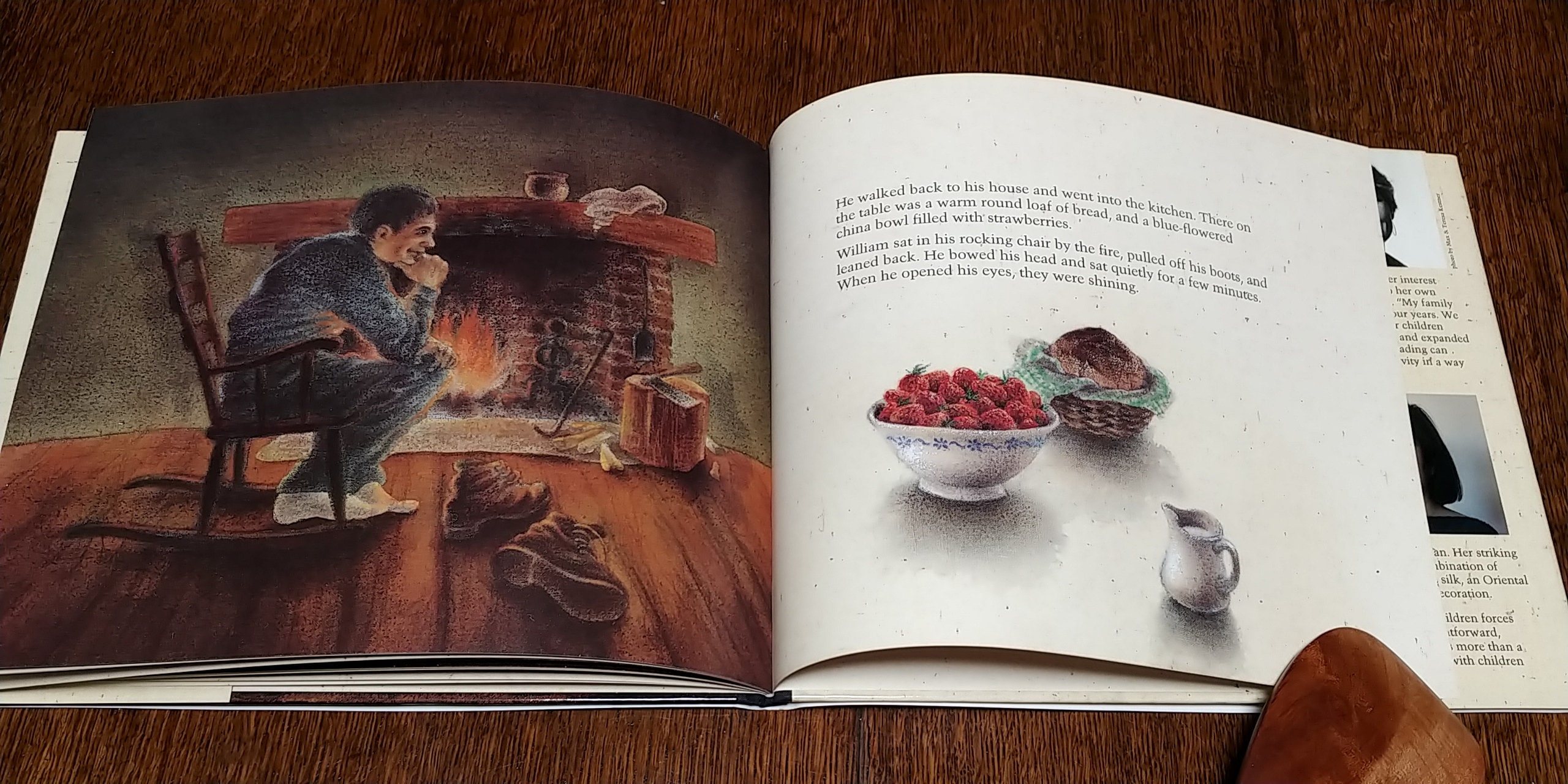 First edition of Magical Hands by Marjorie Barker, illustrated by Yoshi, celebrates a birthday of giving rather than receiving.

"William was a cooper, a barrel-maker. Six days a week he got up at sunrise and went out to his workshop. All morning he pulled long oak boards off the stockpile in his yard, sawed them into shorter lengths, and stacked the wood into orderly piles. All afternoon he carefully shaped the boards and fitted them together into strong barrels of different sizes. It was hard work. ..."

William and his three friends - a grocer, a shopkeeper, and a baker - met for lunch every day at noon. One day, when Vincent the grocer announced his upcoming birthday, Philip the shopkeeper daydreamed about being able to work a little less on one's birthday.

"A birthday should be special!" he said. "But tomorrow you'll have to work, just like any other day. Wouldn't it be wonderful if there were some magical tool that worked by itself? Then on our birthdays, we could just command it to do our jobs!"

William thought of a way to make the dream come true; on his friend's birthdays, he stole into their shops early in the morning and did that day's work for them, as a surprise. They thought it was magic, but on William's special day, he arrived at the cooperage to find his work already done and a loaf of bread and a bowl of strawberries on his table.