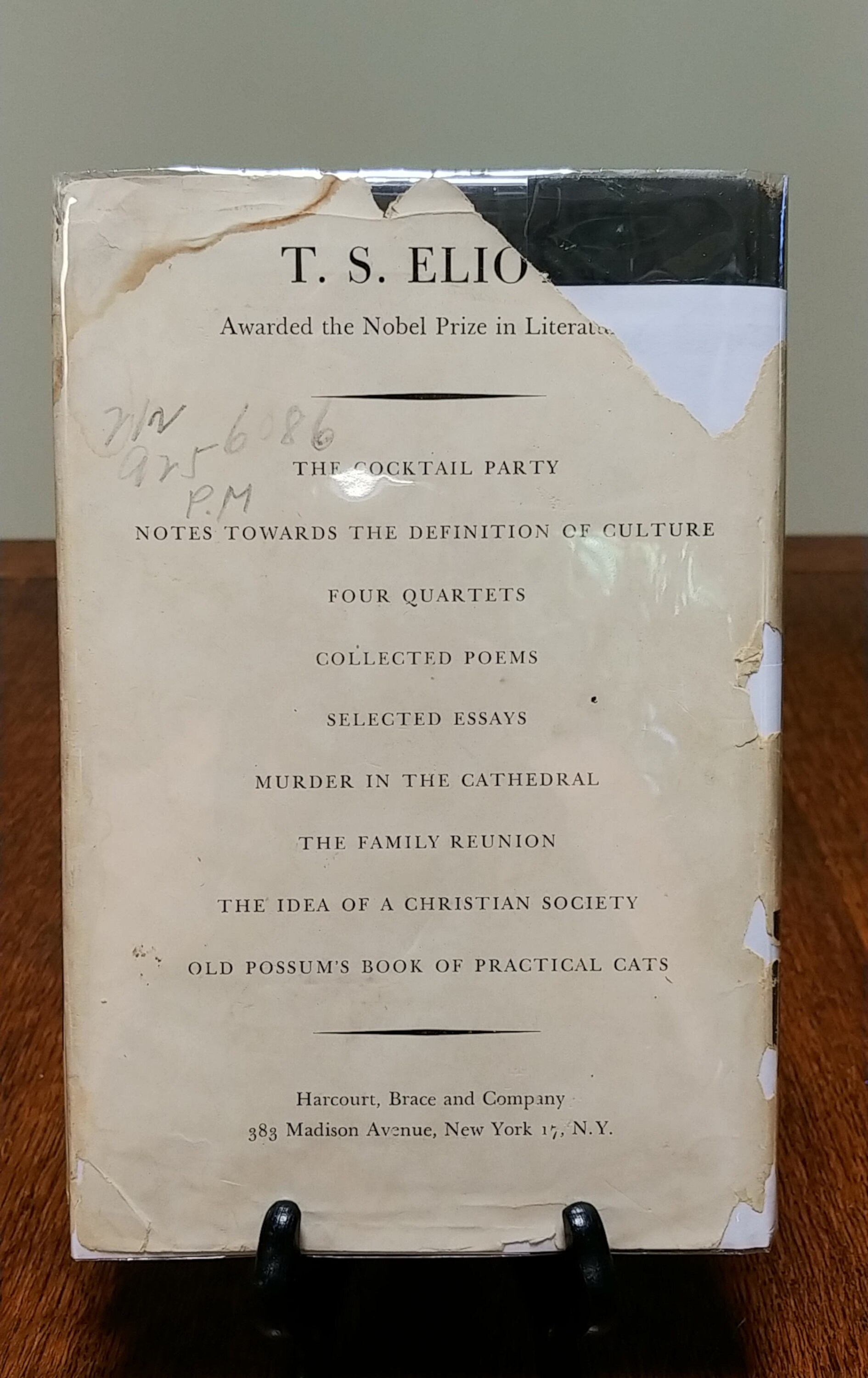 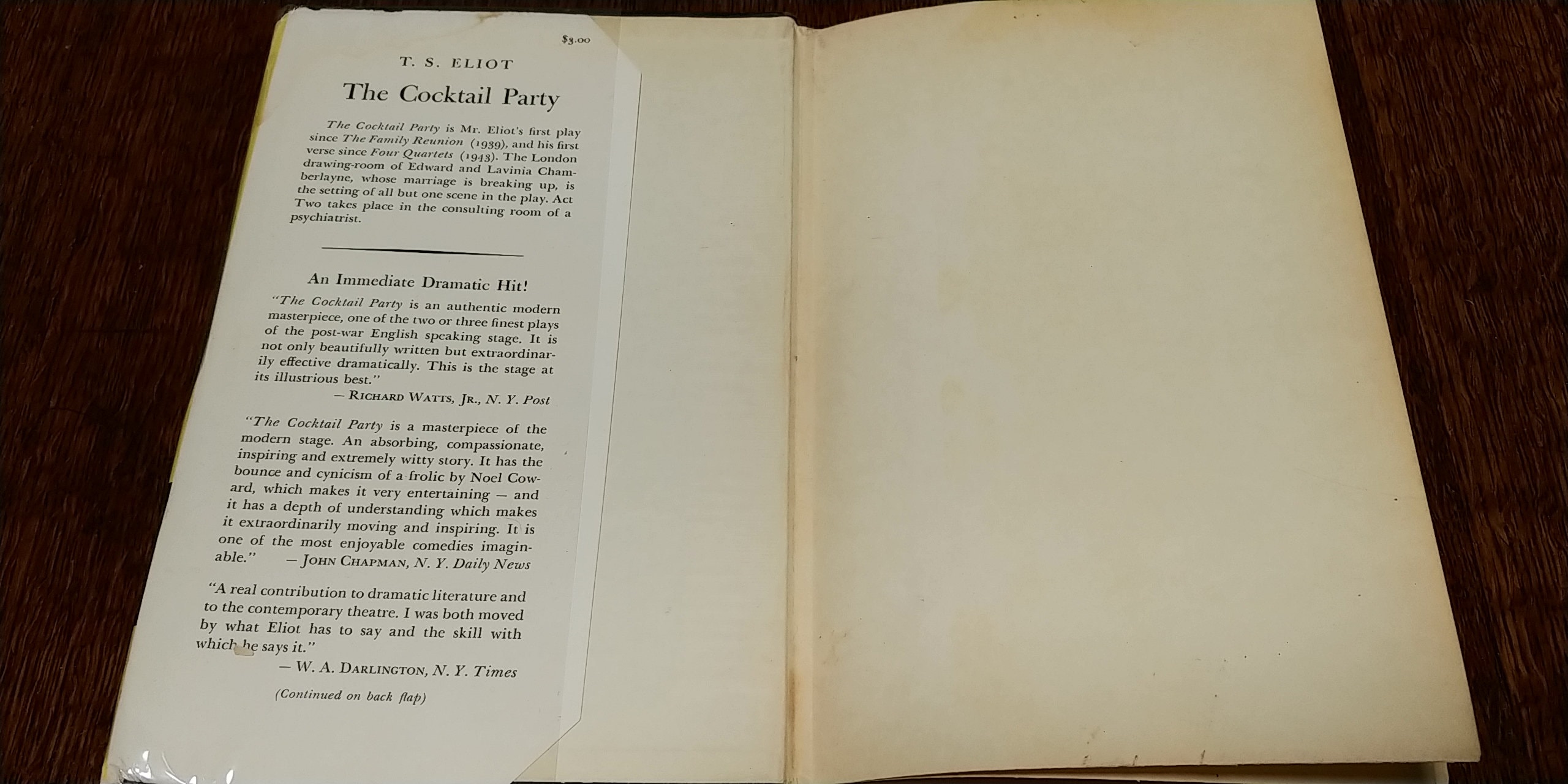 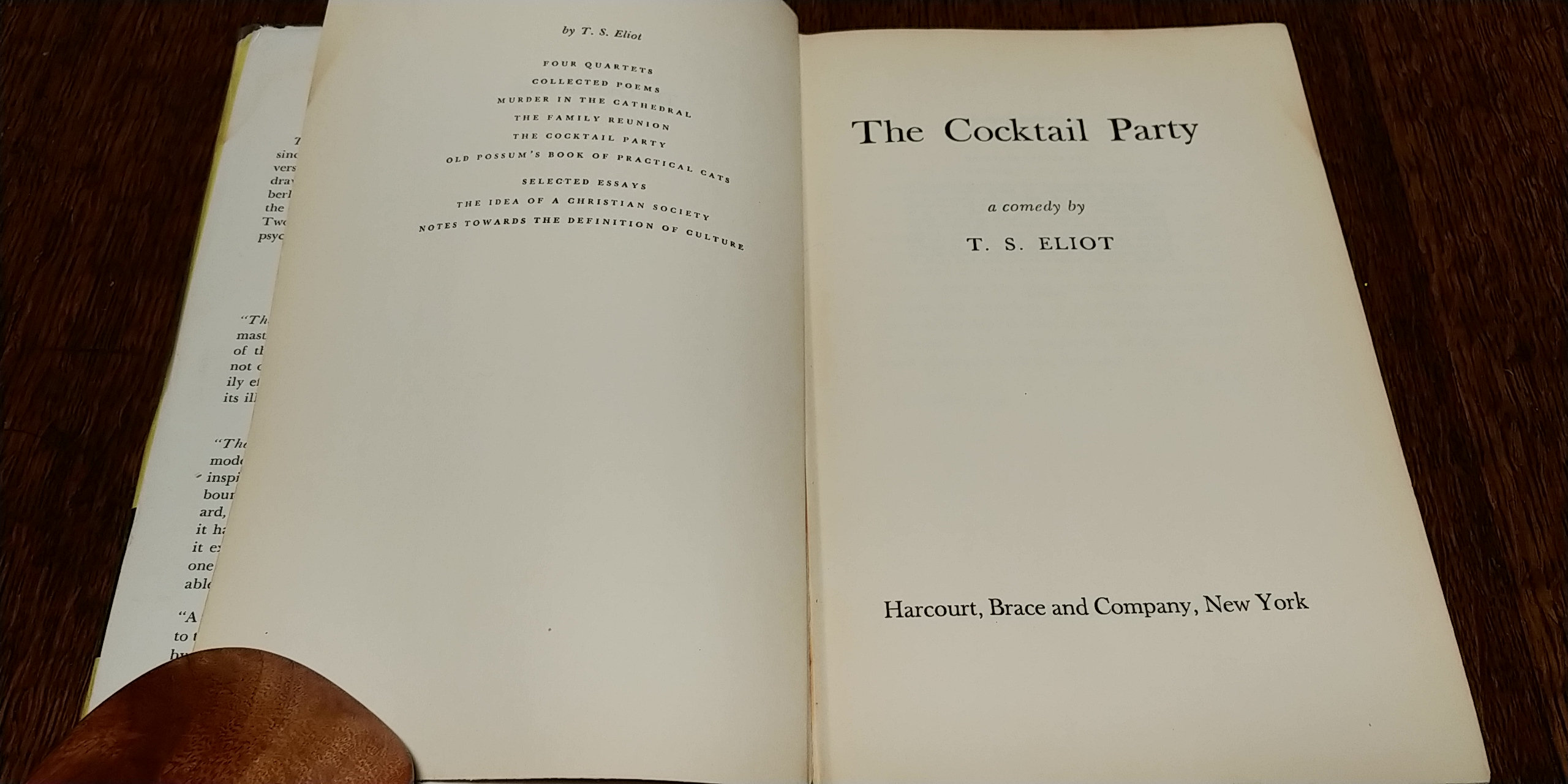 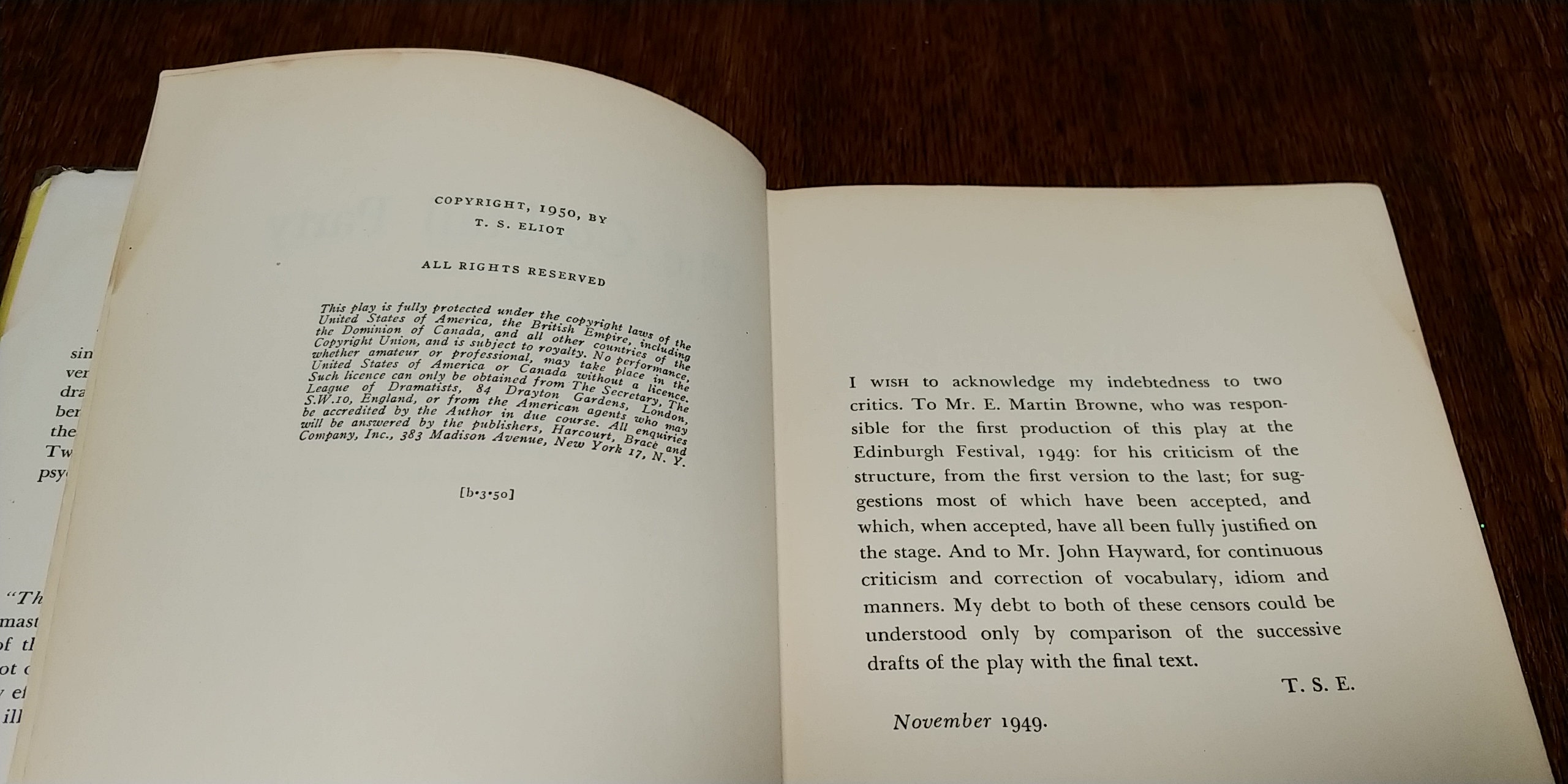 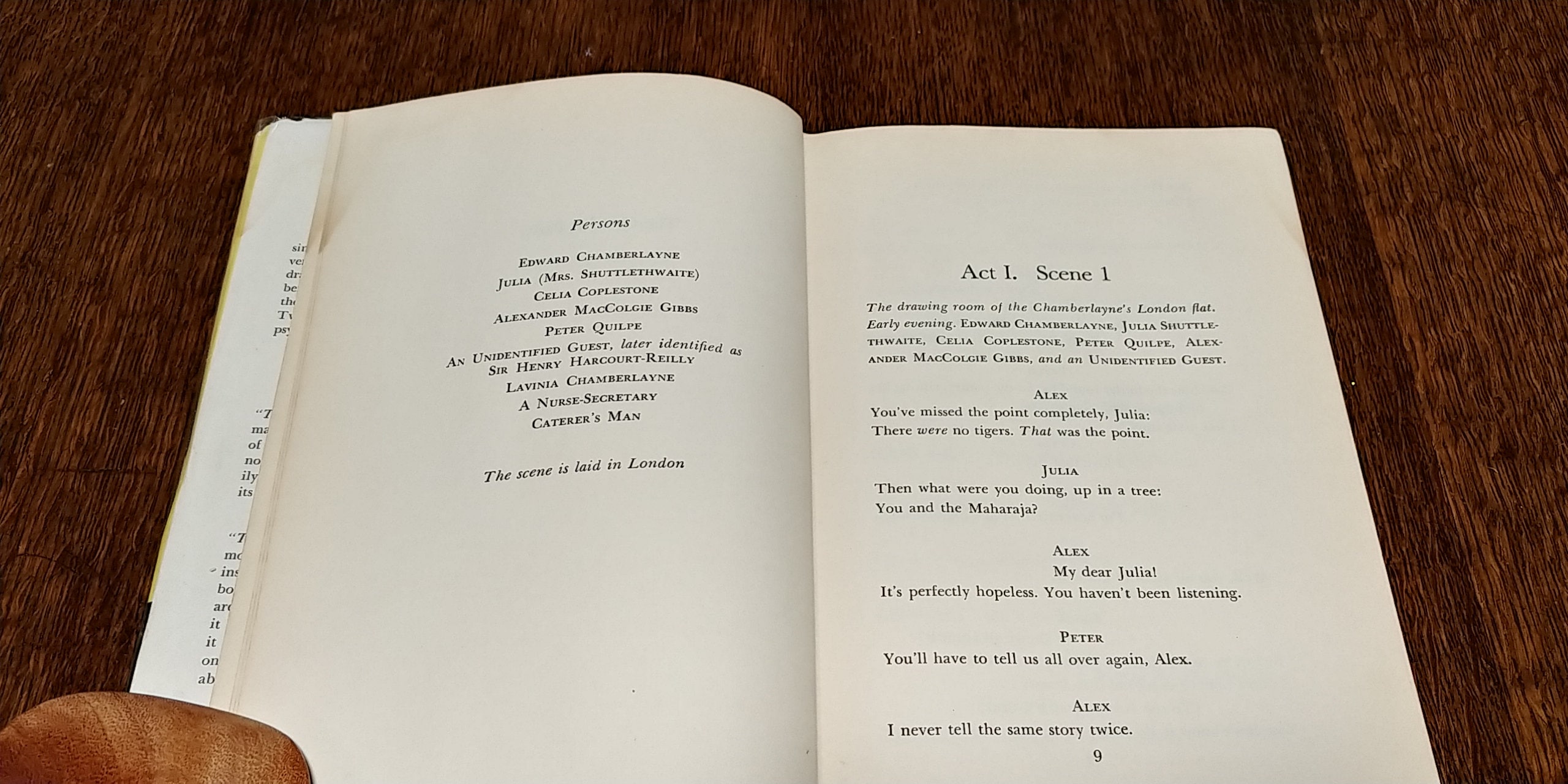 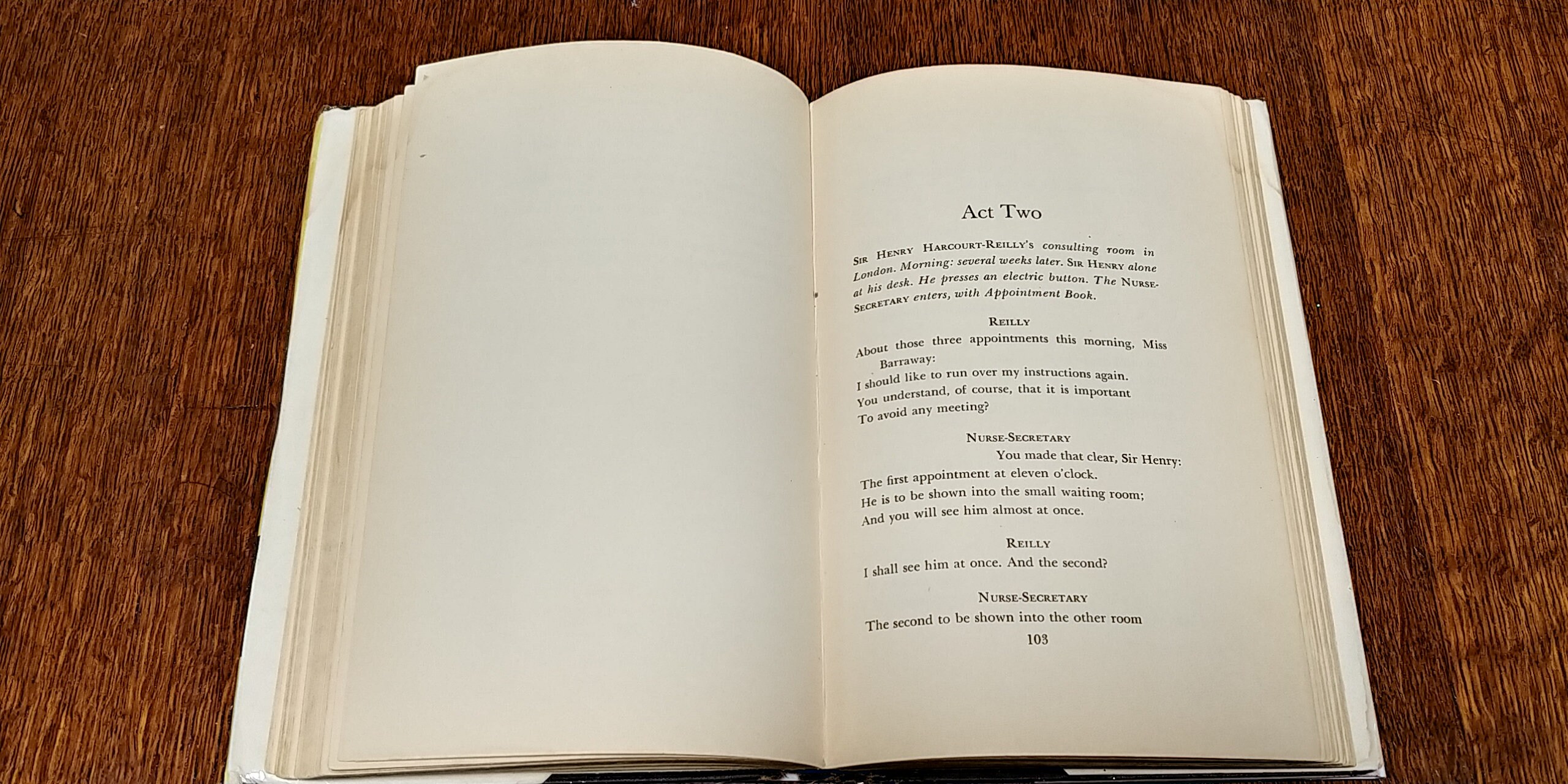 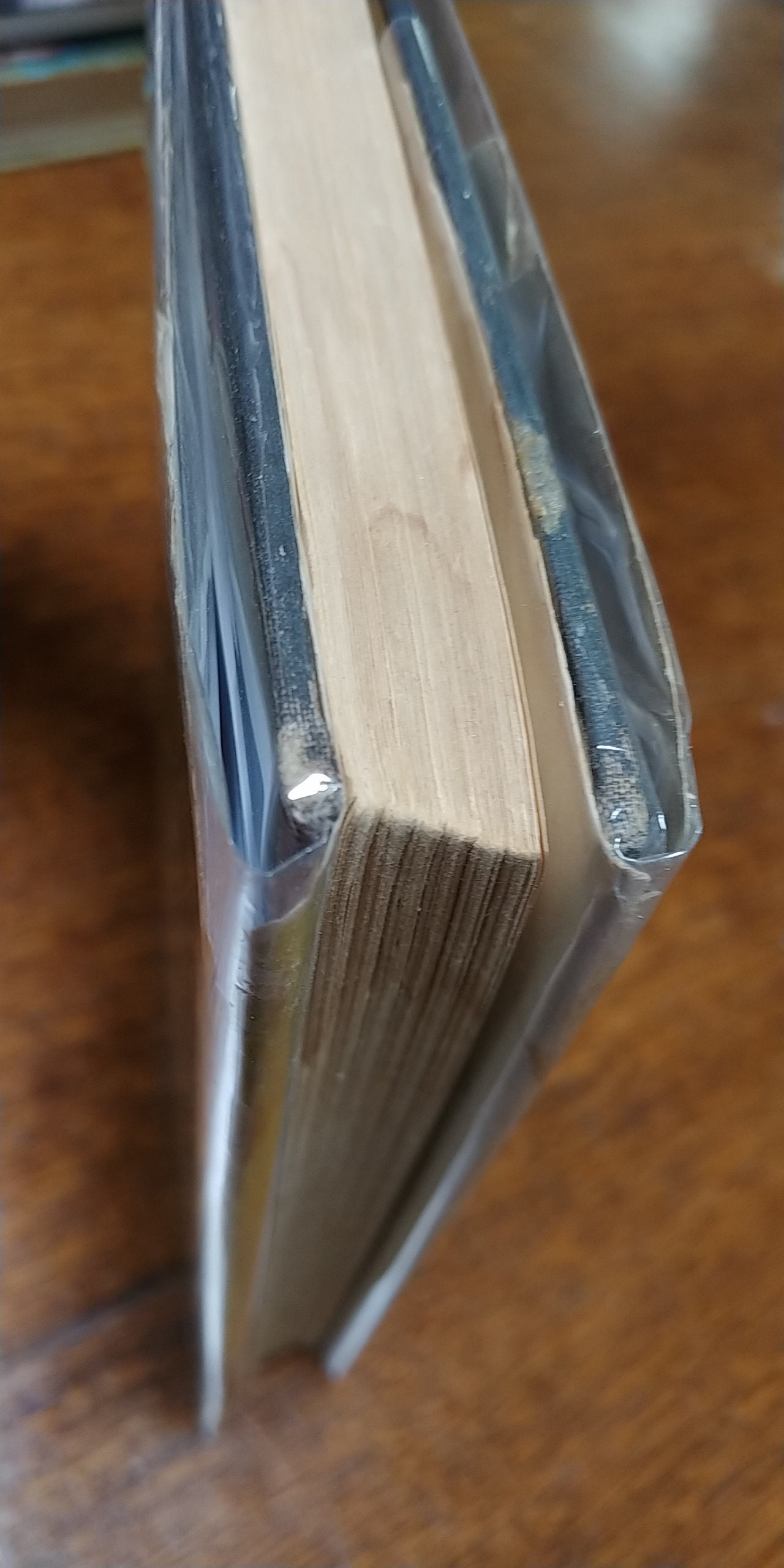 T. S. Eliot (1888 - 1965) was a poet, playwright, and publisher, and winner of the Nobel Prize in literature in 1948 "as one of the most daring innovators of 20th C. poetry". The Cocktail Party was first performed at the Edinburgh Festival in 1949, and the New York production of play won the Tony Award for best play in 1950.

"The Cocktail Party is Mr. Eliot's first play since The Family Reunion (1939), and his first verse since Four Quartets (1943). The London drawing-room of Wedward and Lavinia Chamberlayne, whose marriage is breaking up, is the setting of all but one scene in the play. Act Two takes place in the consulting room of a psychiatrist.

Alex
"You've missed the point completely, Julia:
There were no tigers. That was the point.

Julia
"Then what we you doing, up in a tree:
You and the Maharaja?

Alex
"My dear Julia!
It's perfectly hopeless. You haven't been listening.

Peter
"You'll have to tell us all over again, Alex.

"A real contribution to dramatic literature and to the contemporary theatre. I was both moved by what Eliot has to say and the skill with which he says it." - New York Times

"The Cocktail Part is a masterpiece of the modern stage. ...extraordinarily moving and inspiring." NY Daily News

"...one of the two or three finest plays of the post-war English speaking stage." NY Post

Condition*: Very Good/Acceptable. Dust jacket: Open tears front and back; the front flap is separating at the fold; some soiling and dampstain; penciled notes on back The jacket is held together by a clear jacket protector. There's dampstain on the upper right corner of the text block, visible on the jacket and many of the pages. Head of the spine is chipped and the cover boards show minor edge wear. The original New York bookstore stamped in green on the back flyleaf, and "2074" in black ink on the back endpaper.