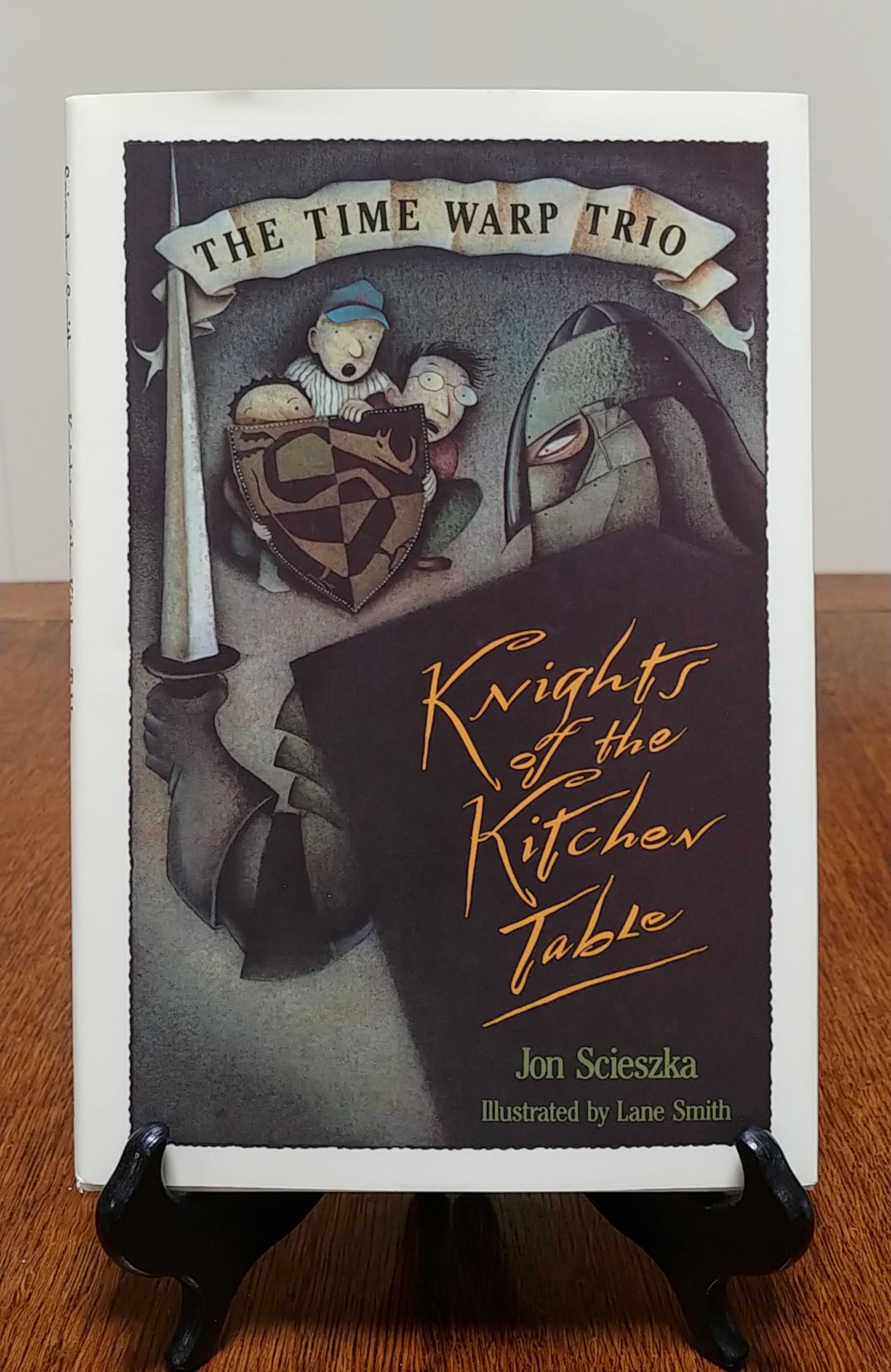 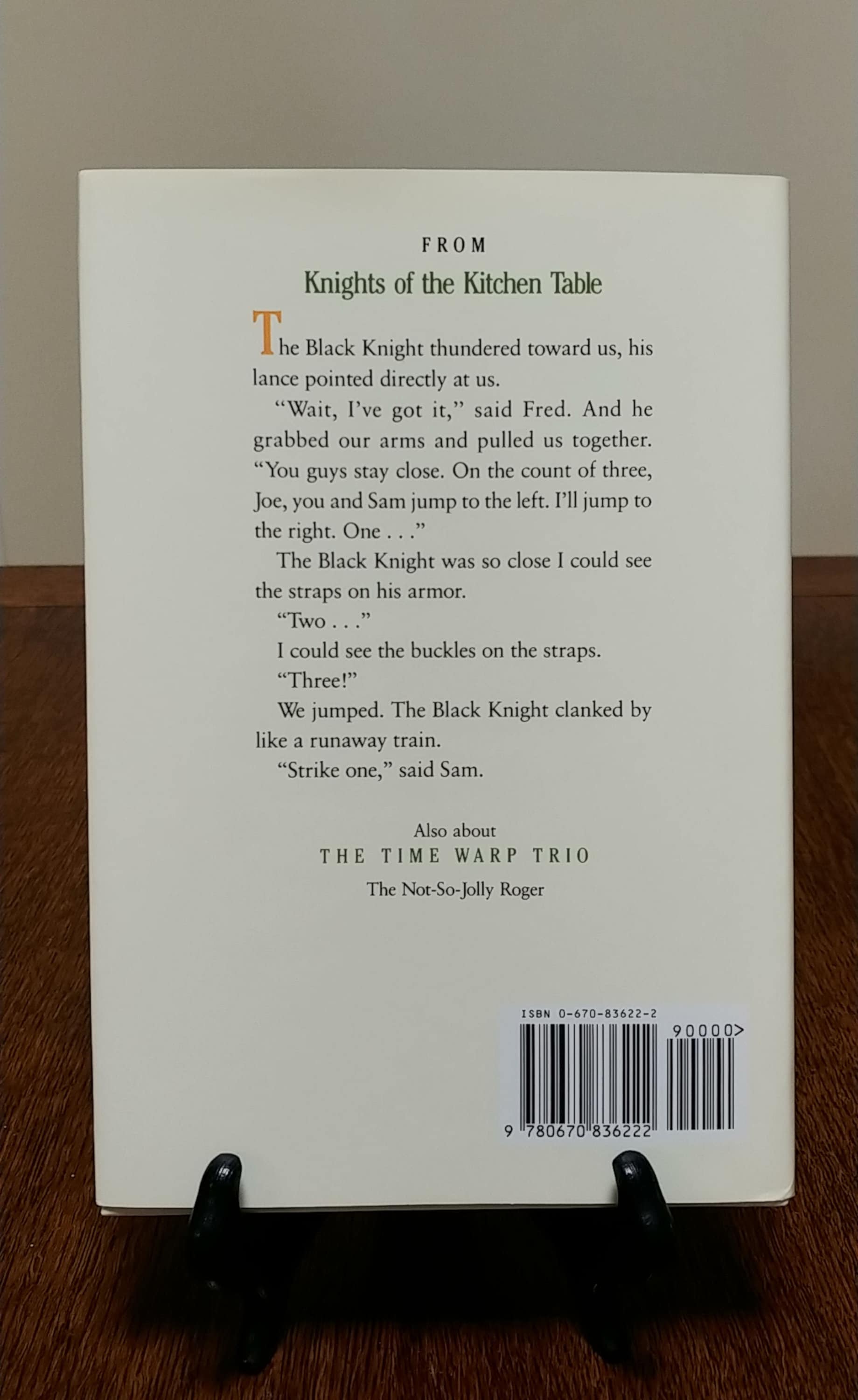 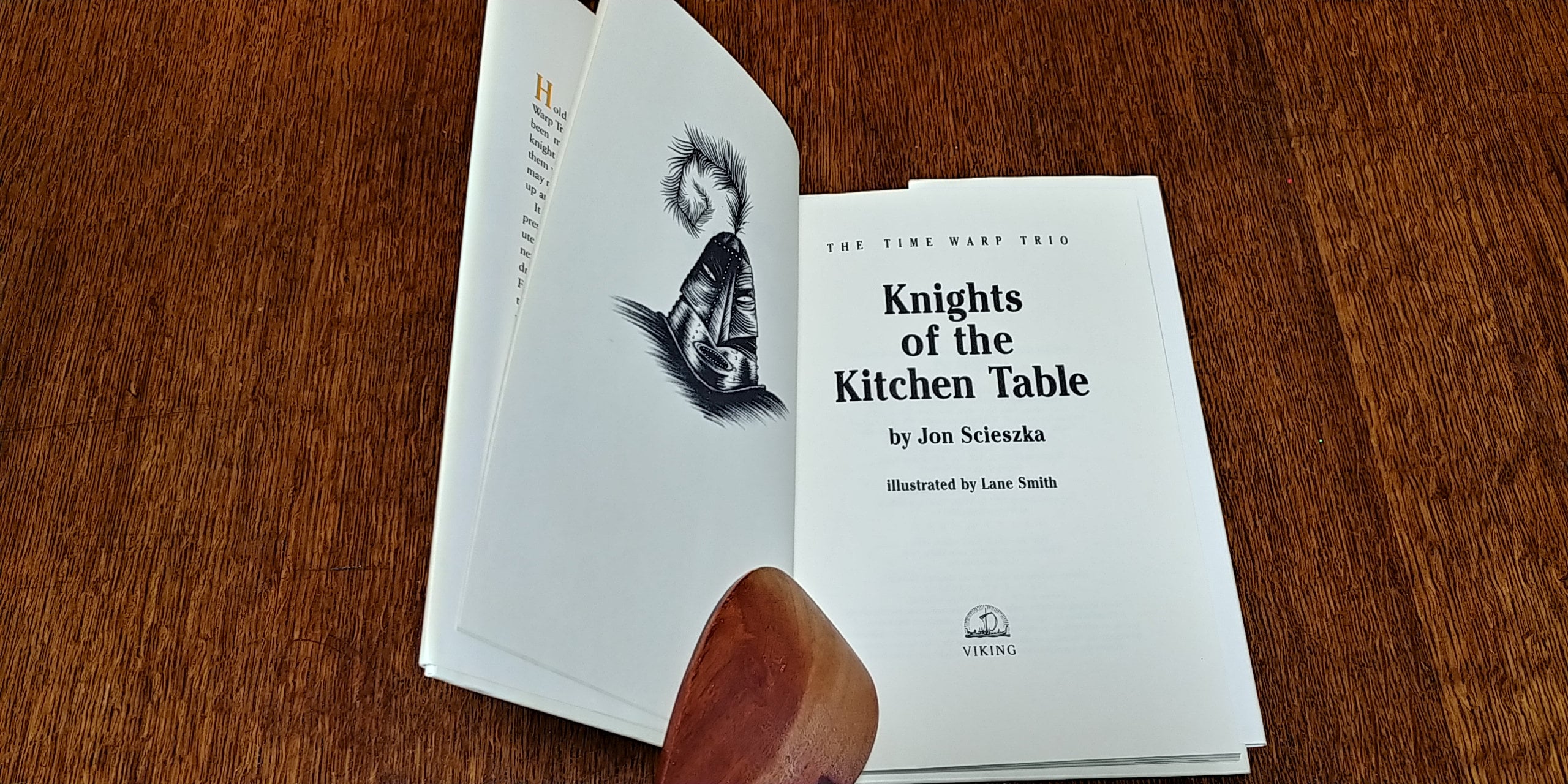 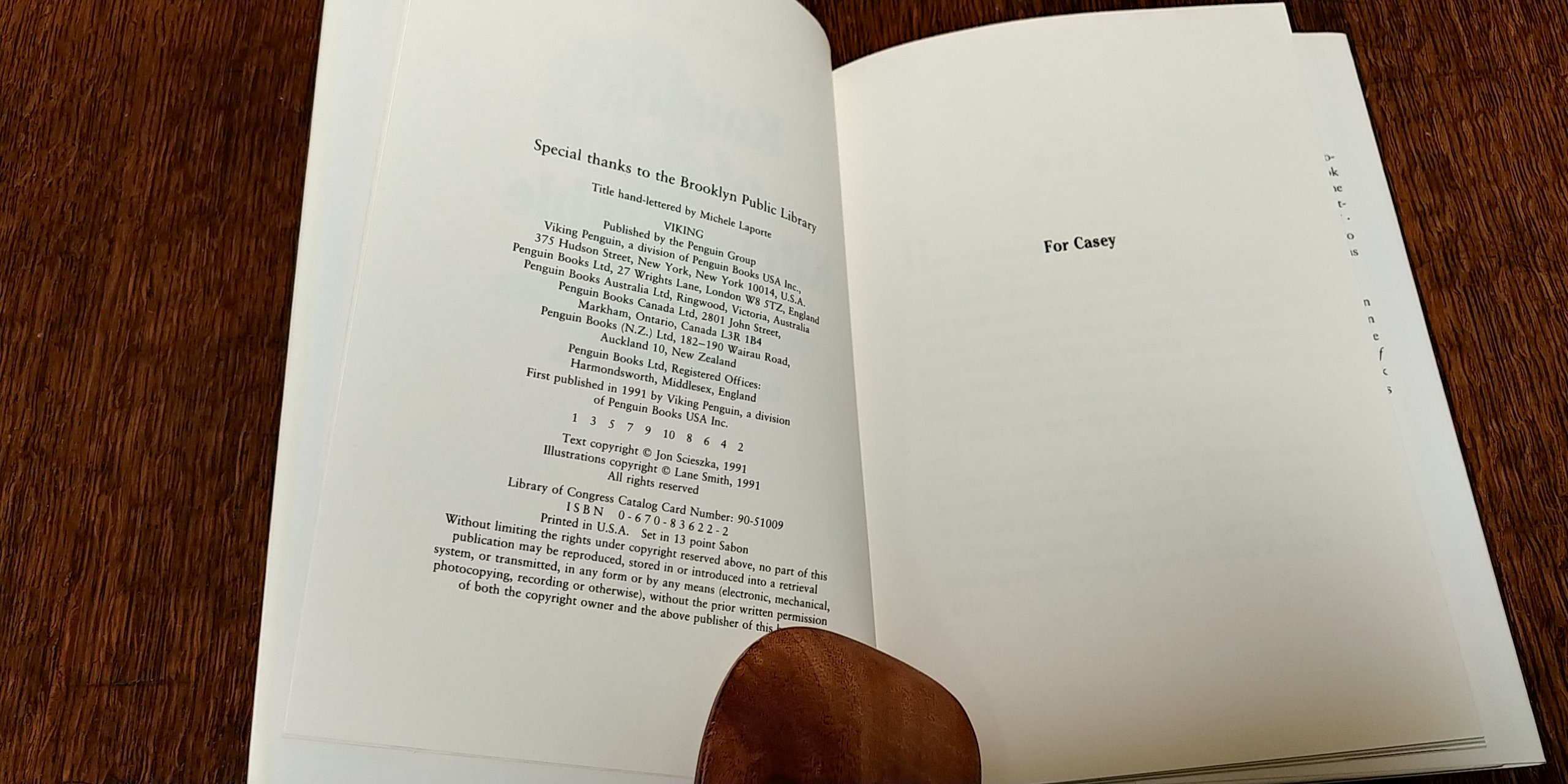 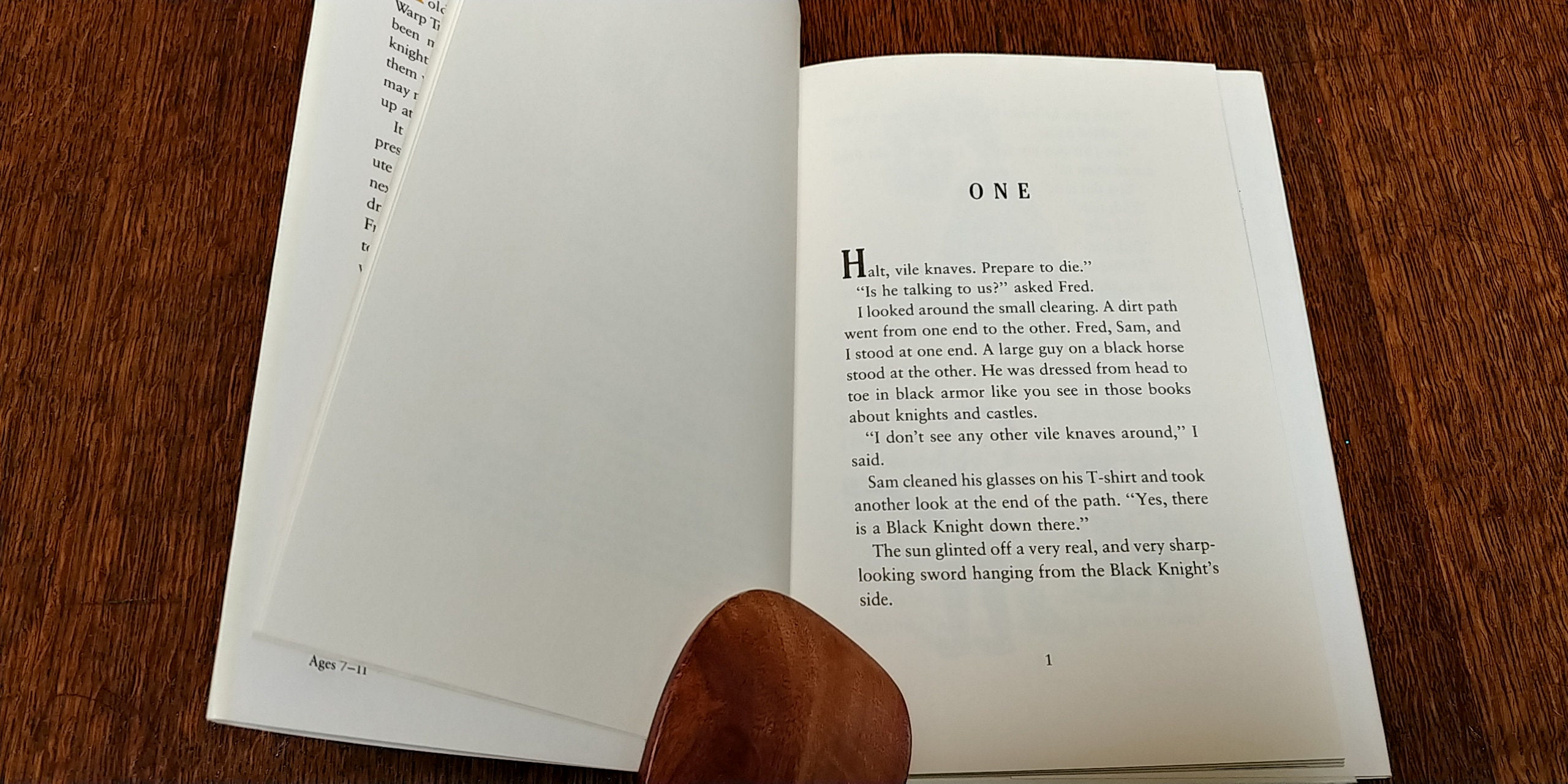 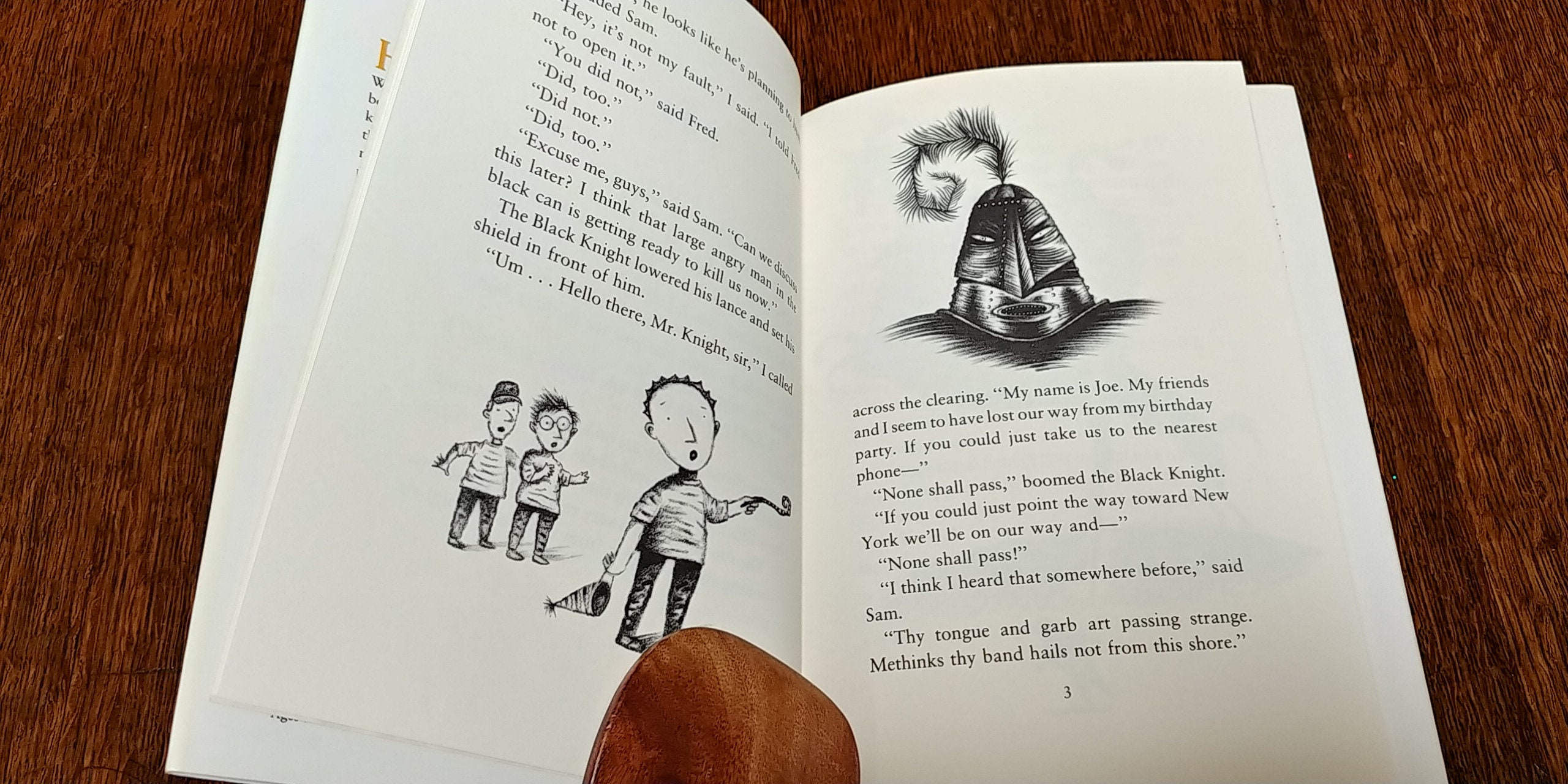 First edition of The Time Warp Trio: Knights of the Kitchen Table by Jon Scieszka. How did Joe, Fred, and Sam time-travel to King Arthur's Court?!

Scieszka is the founder of Guys Read, a program to help boys become lifelong readers, and wrote the Time Warp Trio books to teach kids history.

In the first book of the Time Warp Trio, Joe, Fred, and Sam time travel to King Arthur's court.

"Hold on adventure-lovers! - the Time Warp Trio is about to make history as it's never been before! But from the way that knight in black armor is bearing down on them with the giant shish-kebab skewer, they may not live to tell about it. How did they end up at King Arthur's court, anyway?

"It all started with The Book, a birthday present from Joe's magician uncle. One minute they're looking at knights, the next minute they're battling fire-breathing dragons and vile-smelling giants..."

Two books by Scieszka and Smith are listed among the top 100 all-time best picture books: The True Story of the 3 Little Pigs! and The Stinky Cheese Man.

A++ seller. CharmedBookshop generously refunded partial shipping charges since items could be packaged together. The books themselves are in perfect condition and arrived gift wrapped with a personal note, along with a bookmark. Thank you so much!