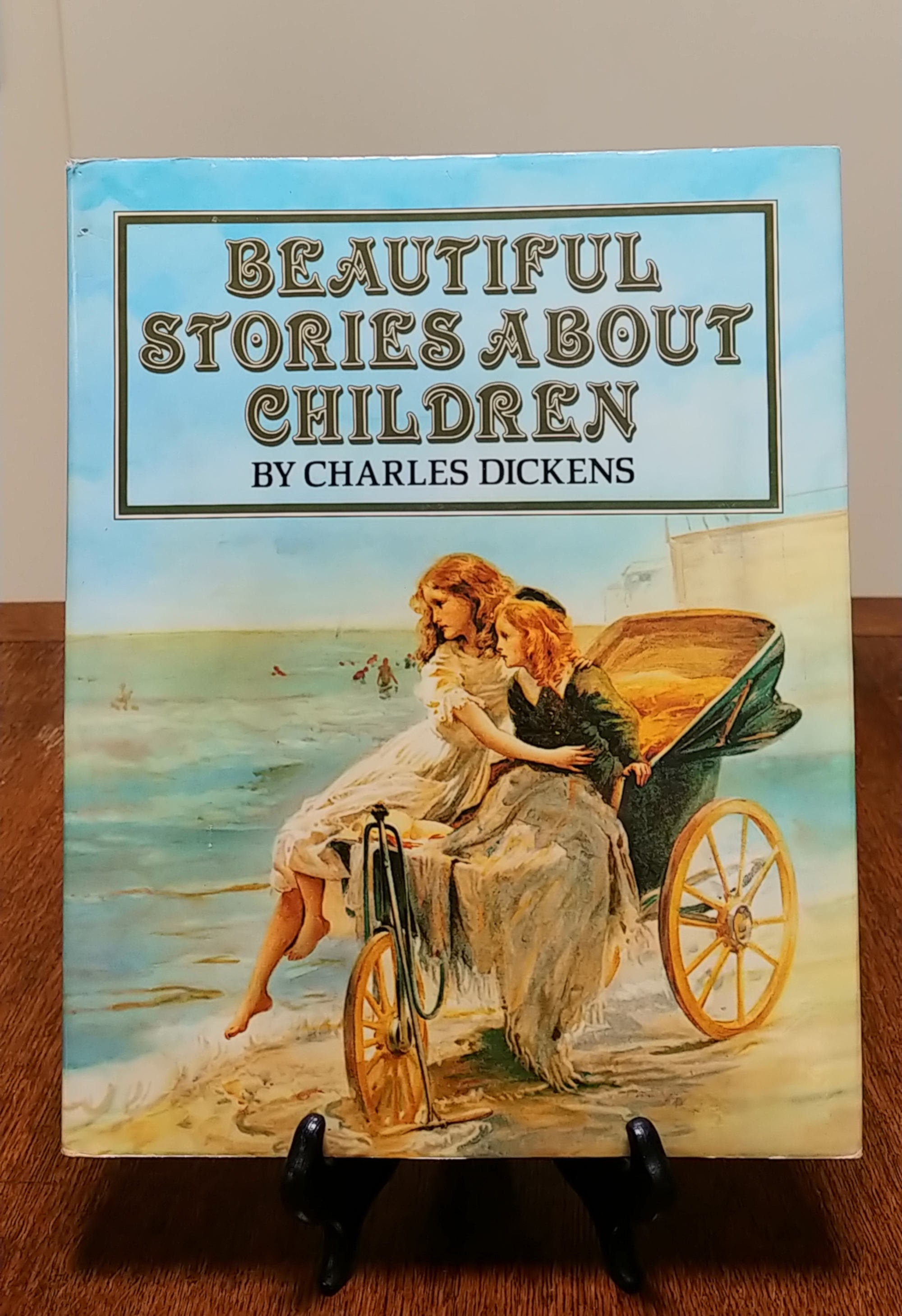 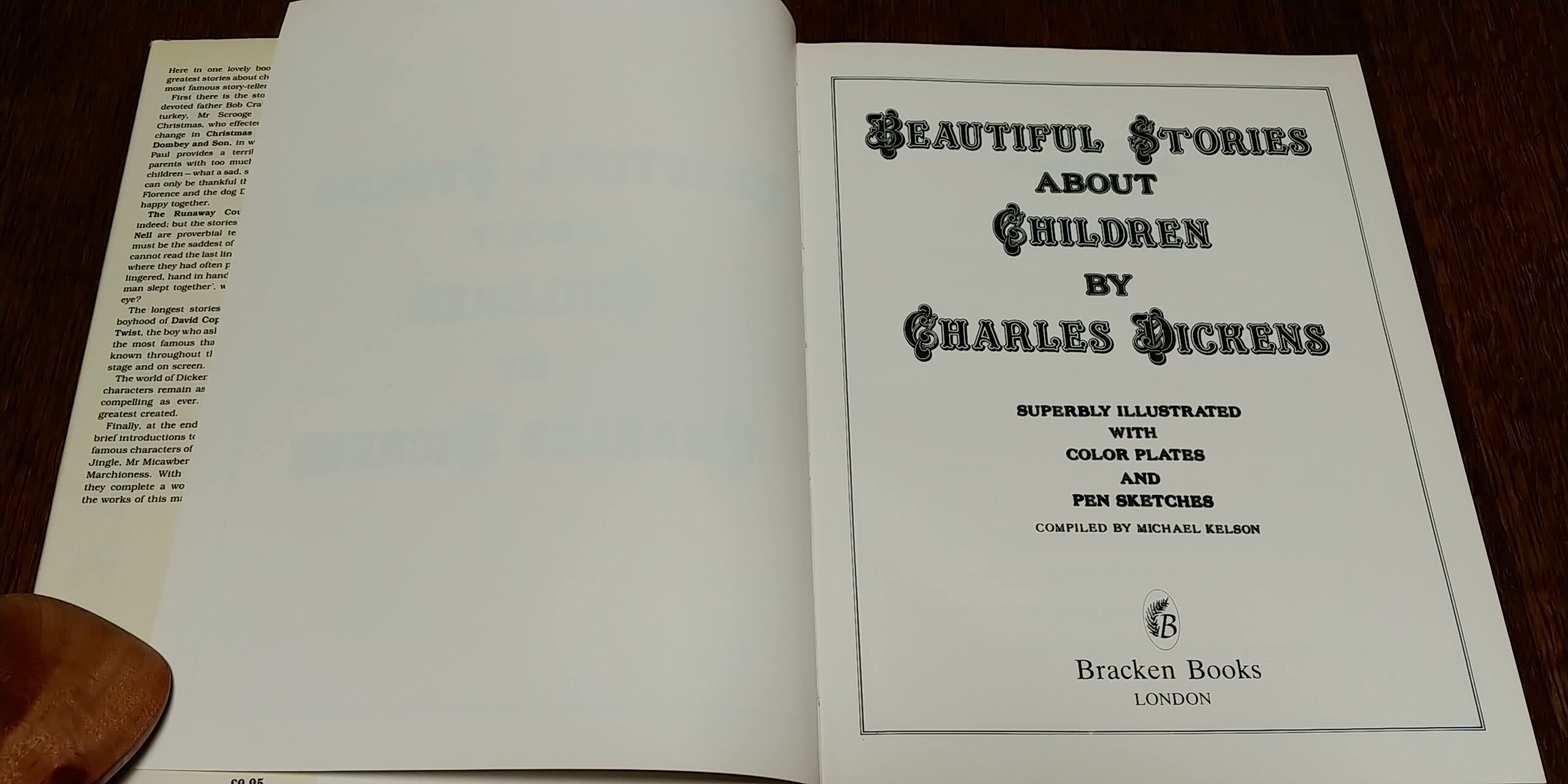 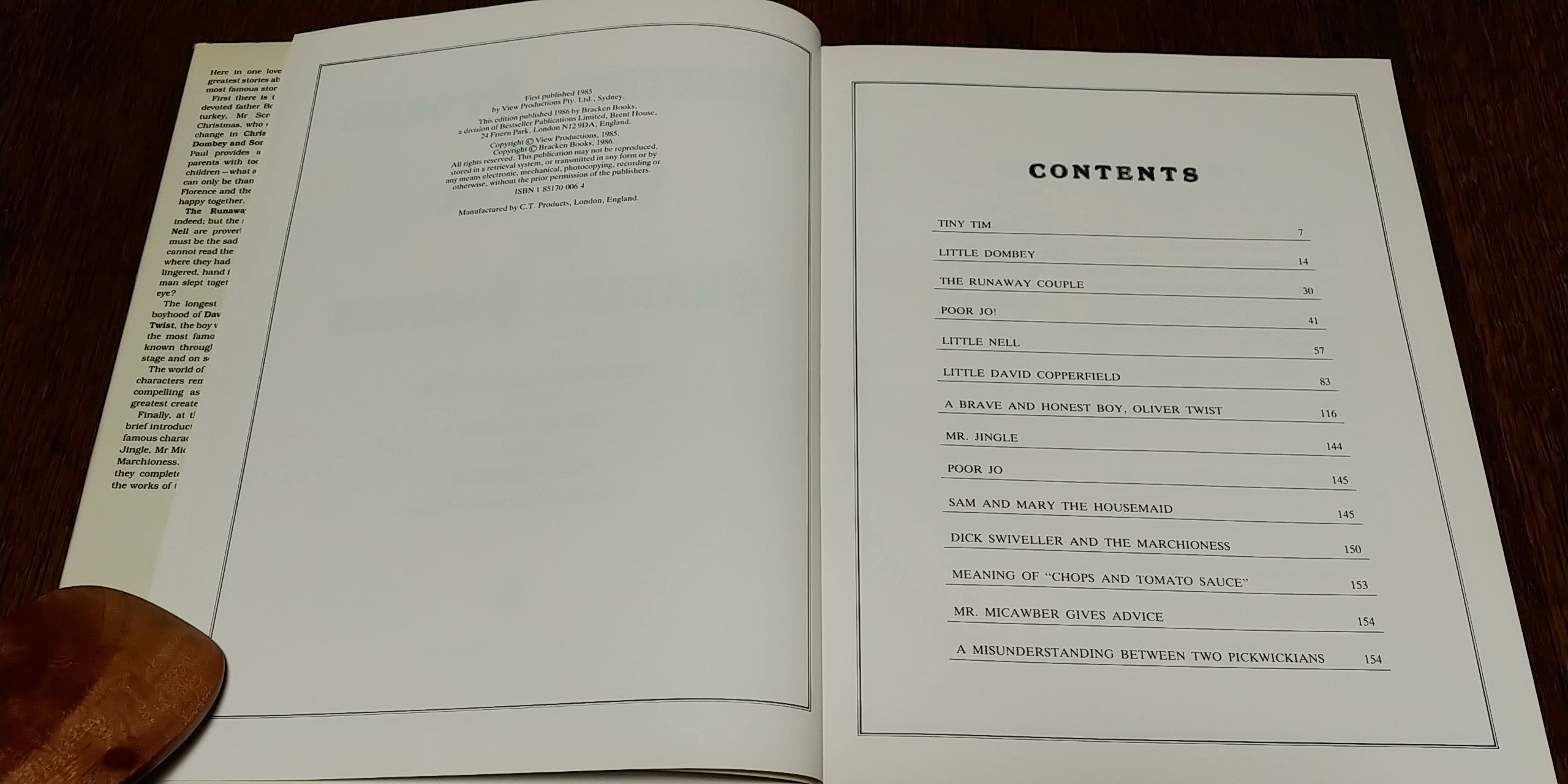 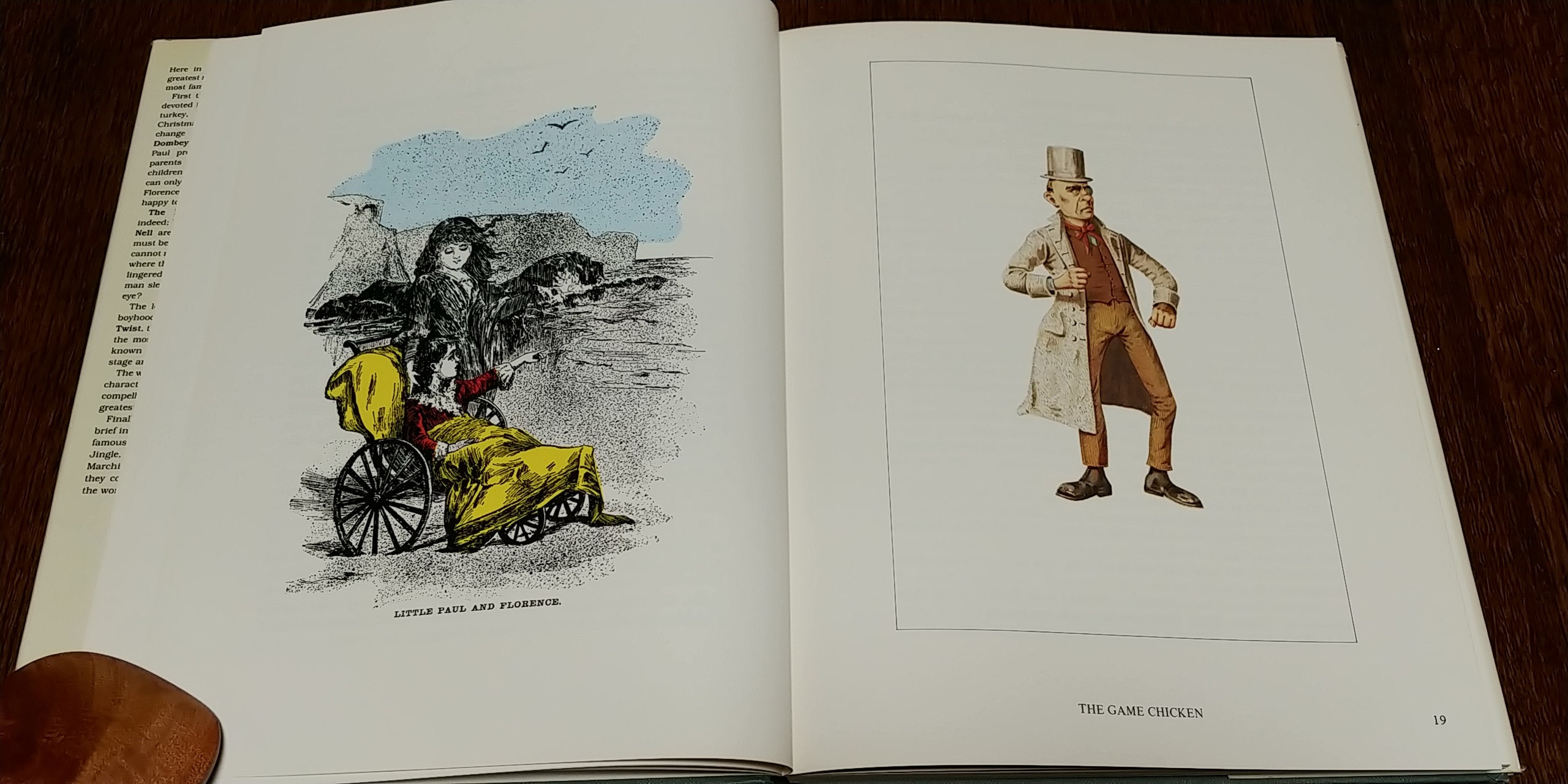 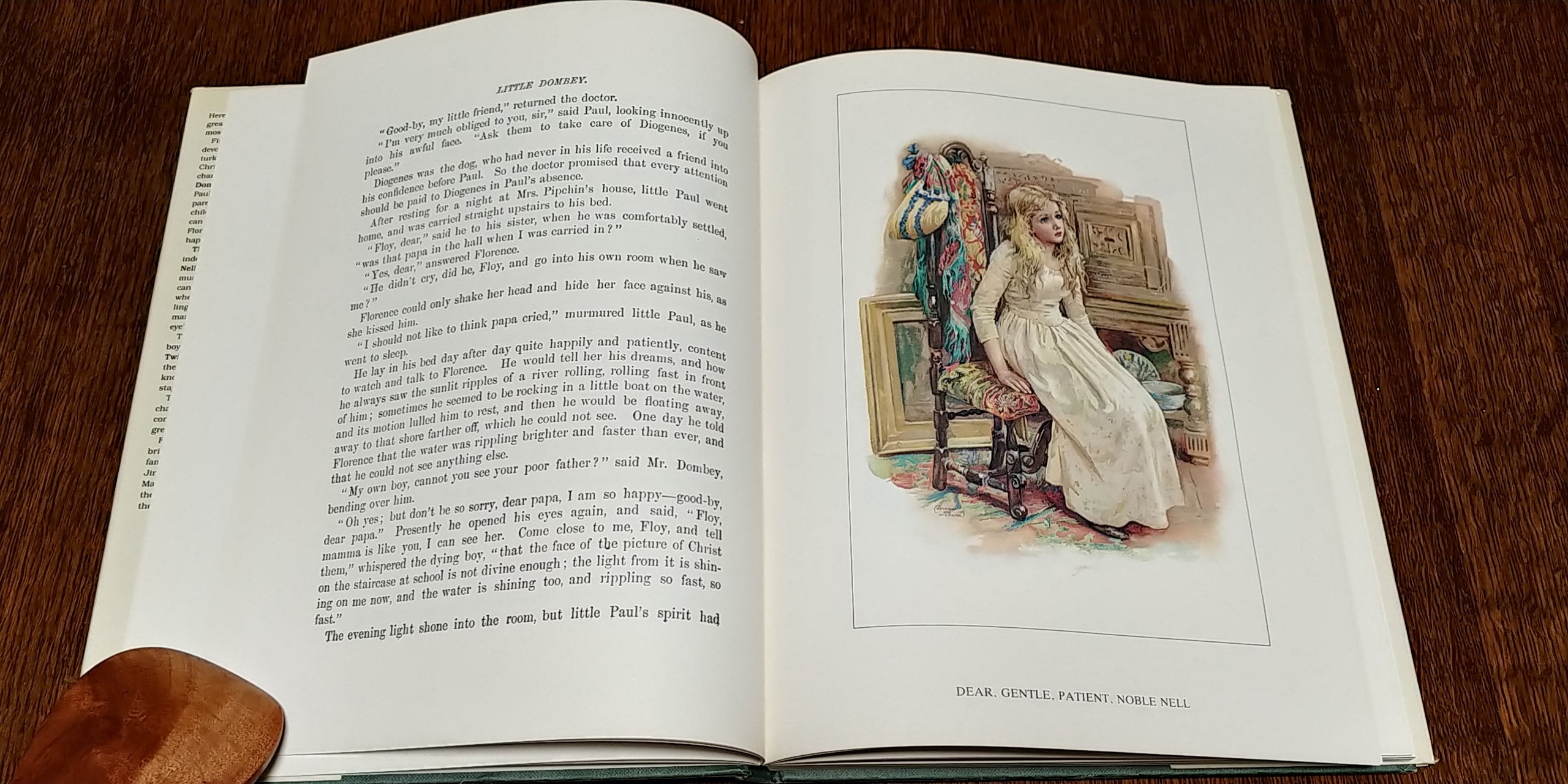 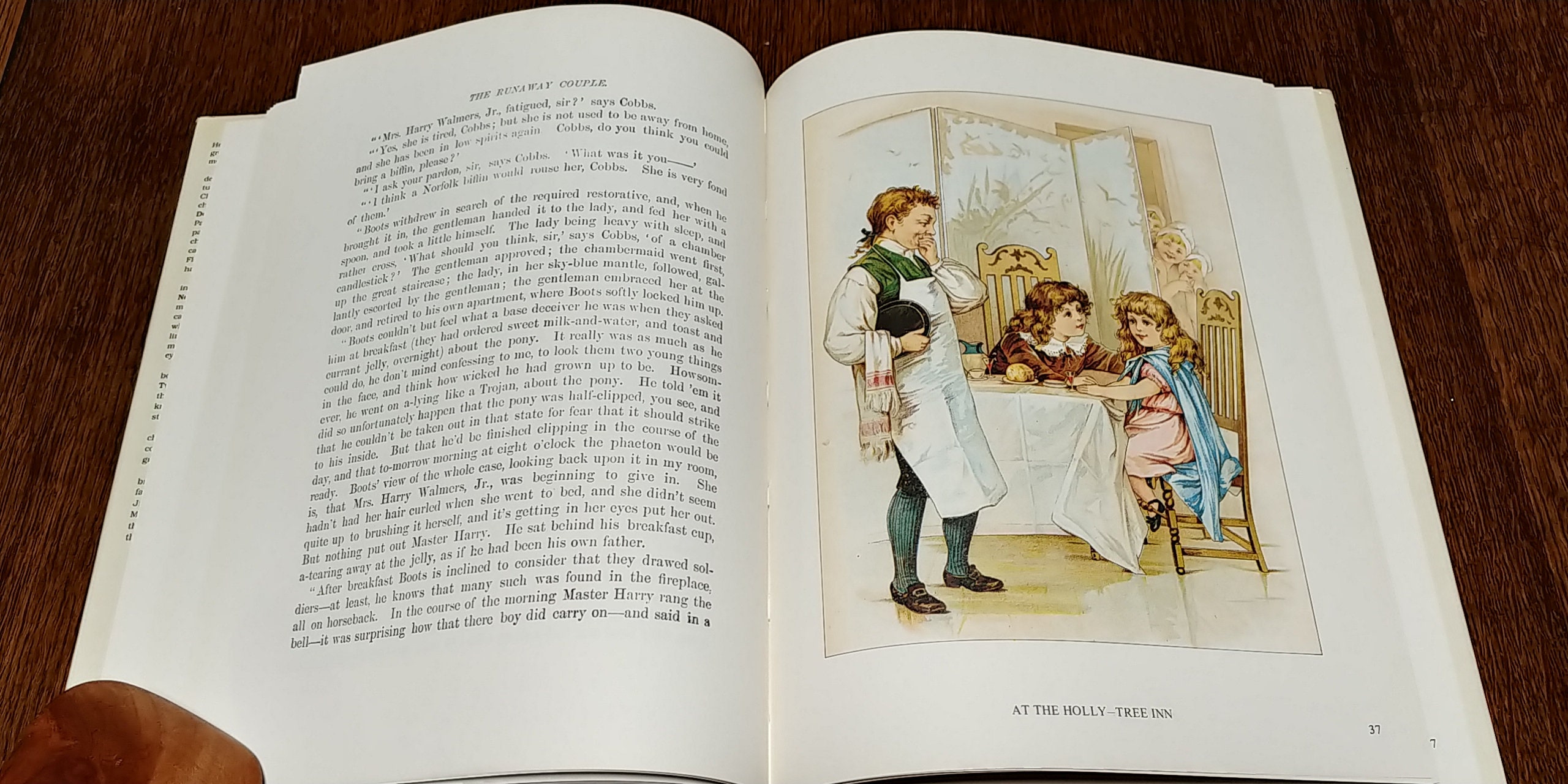 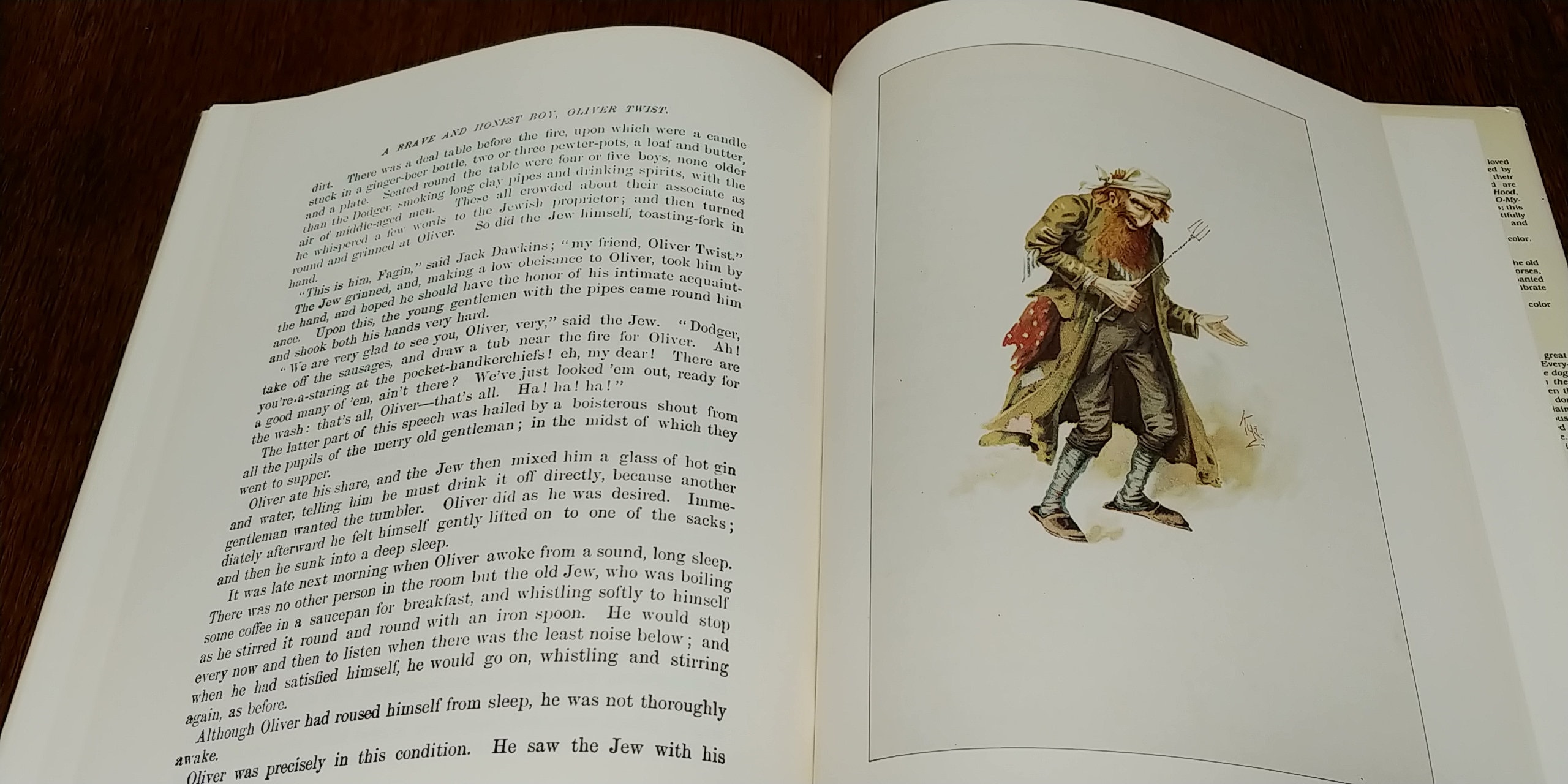 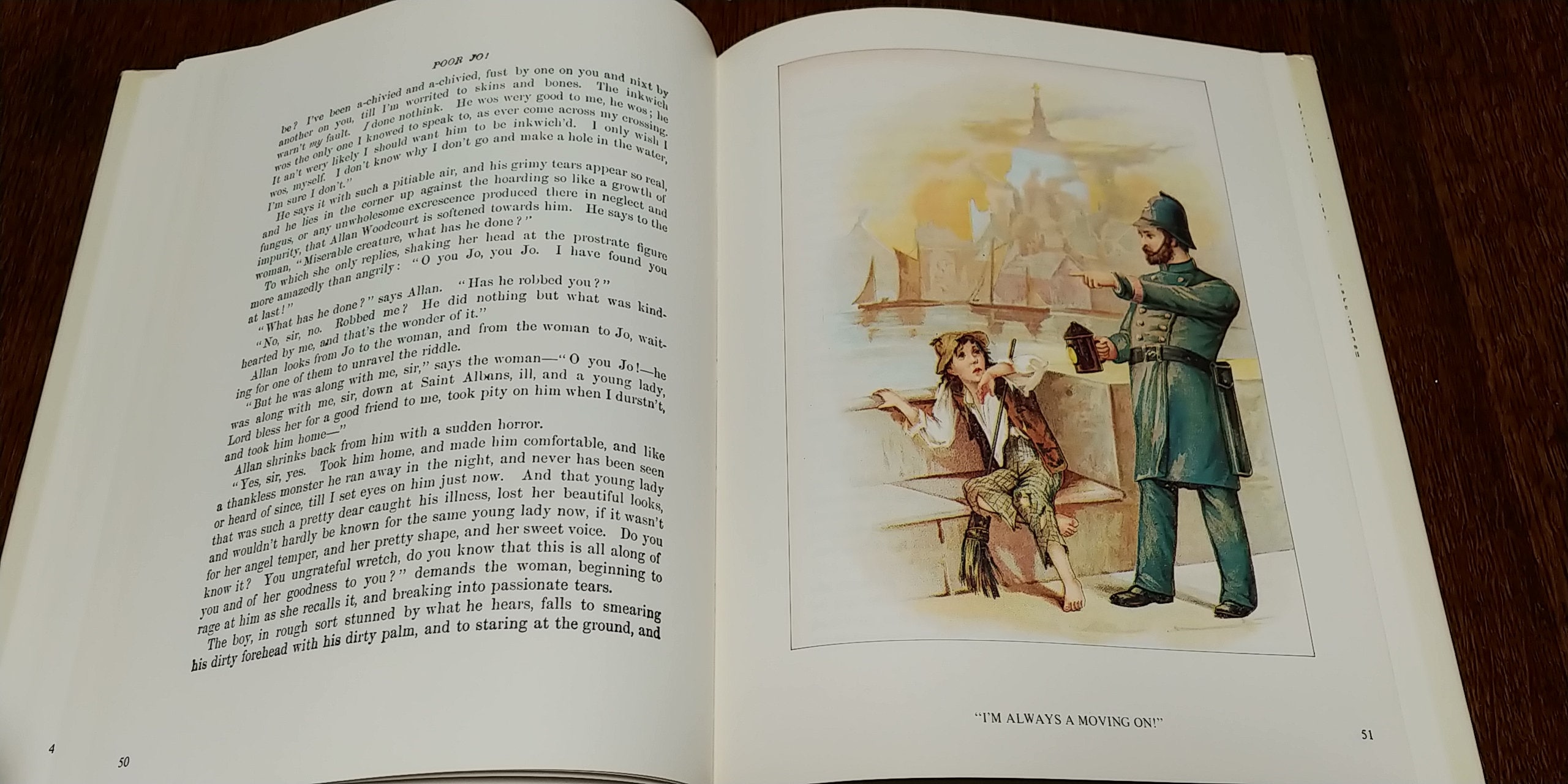 1986 illustrated edition of Beautiful Stories About Children by Charles Dickens.

Intended as a young reader's introduction to Charles Dickens, stories include the story of Tiny Tim from A Christmas Carol, Dombey and Son, The Runaway Couple, Poor Jo, and Little Nell. The longest stories tell of the boyhoods of David Copperfield and Oliver Twist, the most famous of Dickens's characters. The book ends with several brief character sketches, such as Mr. Pickwick, Jingle, Mr. Micawber, Dick Swiveller, and the Marchioness.

There are several versions of Beautiful Stories About Children published over the last one hundred years. The fourteen pen & ink and full-color illustrations in this edition are not credited but were originally published in the 19th century. Most of Dickens's stories were serialized before being published in book form, so it's probably safe to assume that some or all of these illustrations accompanied his early works.

"I, little David Copperfield, lived with my mother in a pretty house in the village Blunderstone in Suffolk. I had never known my father, who died before I could remember anything, and I had neither brothers nor sisters. I was fondly loved by my pretty young mother, and our kind, good servant, Peggotty, and was a very happy little fellow. We had very few friends, and the only relation my mother talked about was an aunt of my father's, a tall and rather terrible old lady, from all accounts, who had once been to see us when I was quite a tiny baby, and had been so angry to find I was not a little girl that she had left the house quite offended, and had never been heard of since. One visitor, a tall, dark gentleman, I did not like at all, and was rather inclined to be jealous that my mother should be so friendly with the stranger."