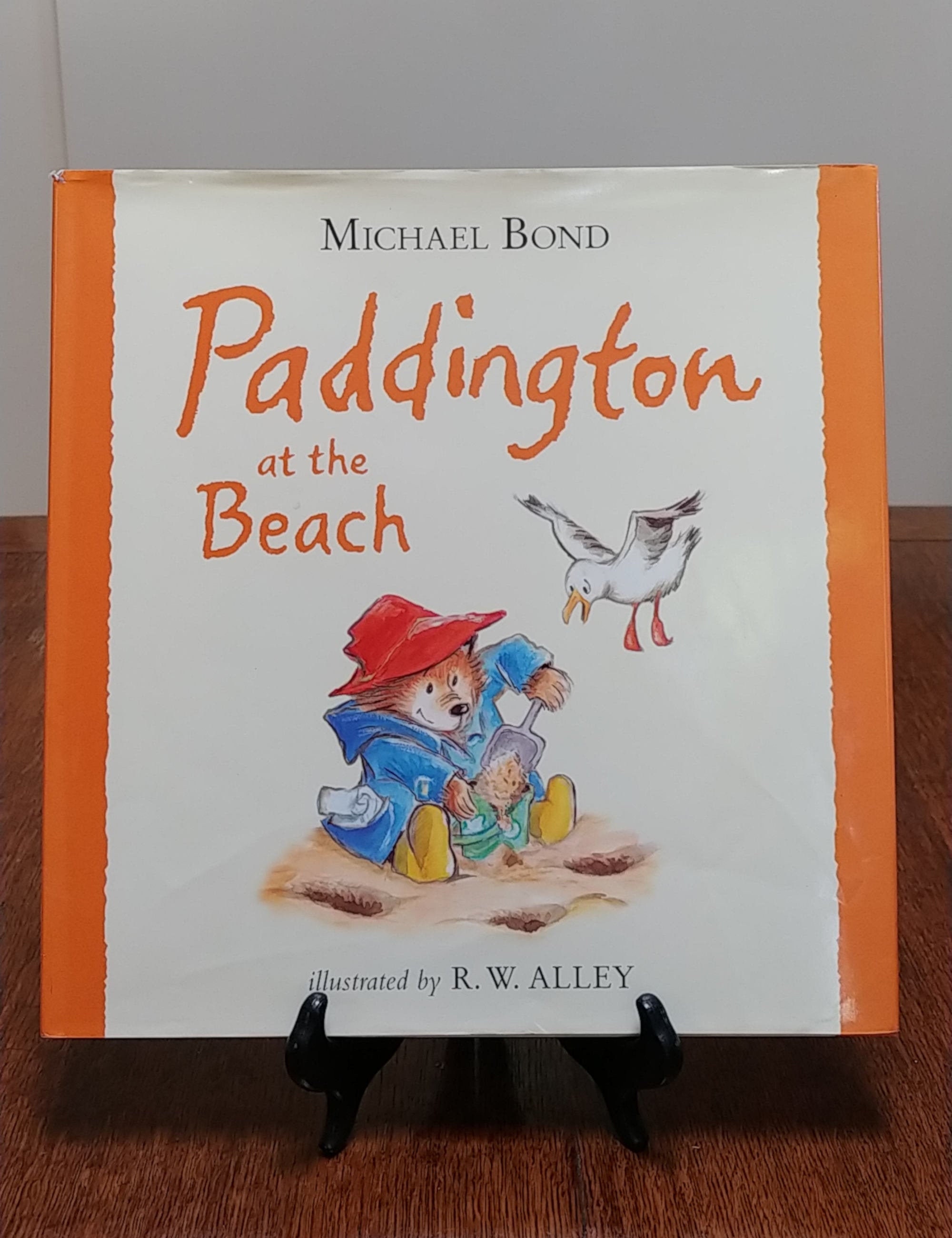 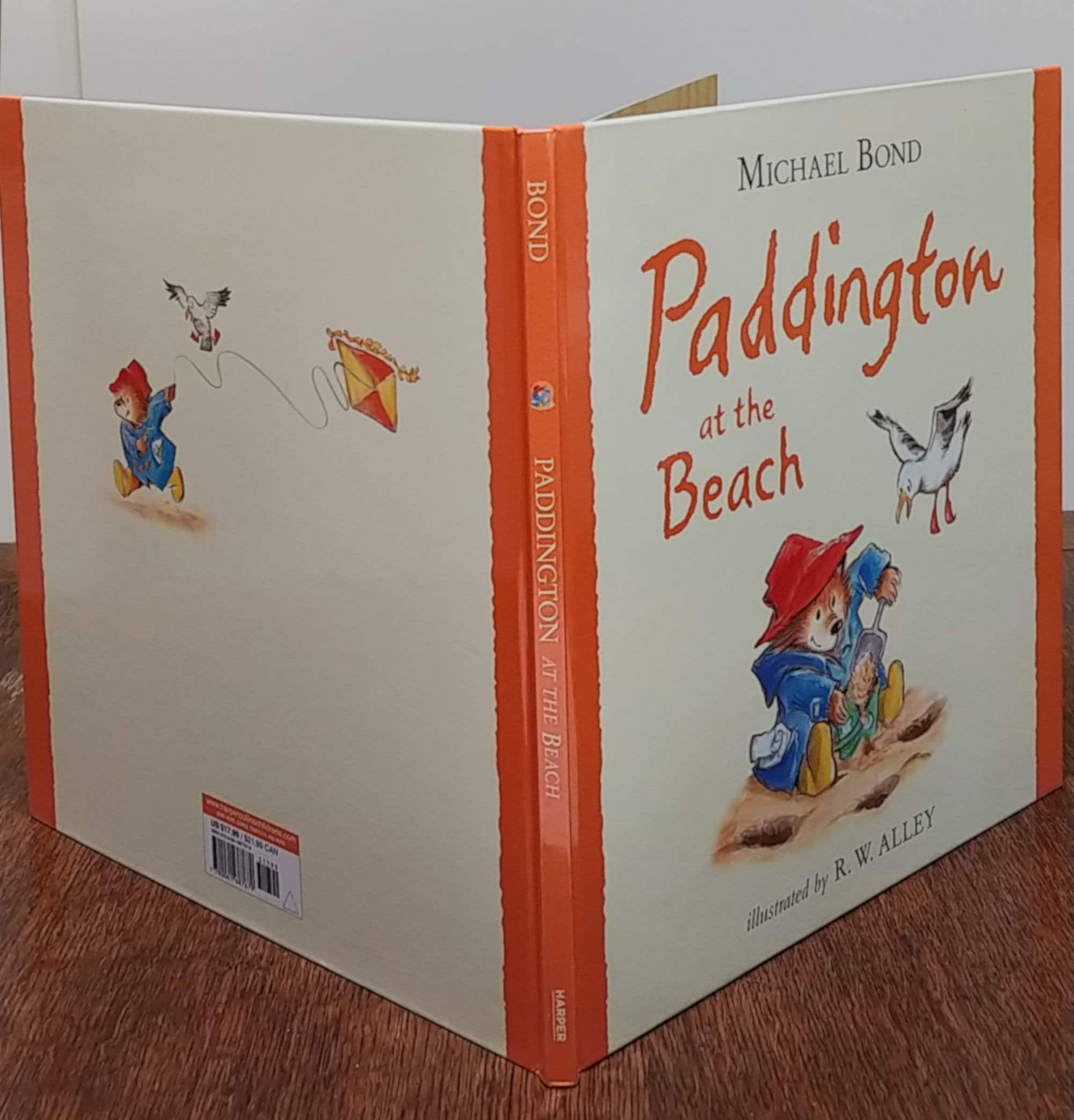 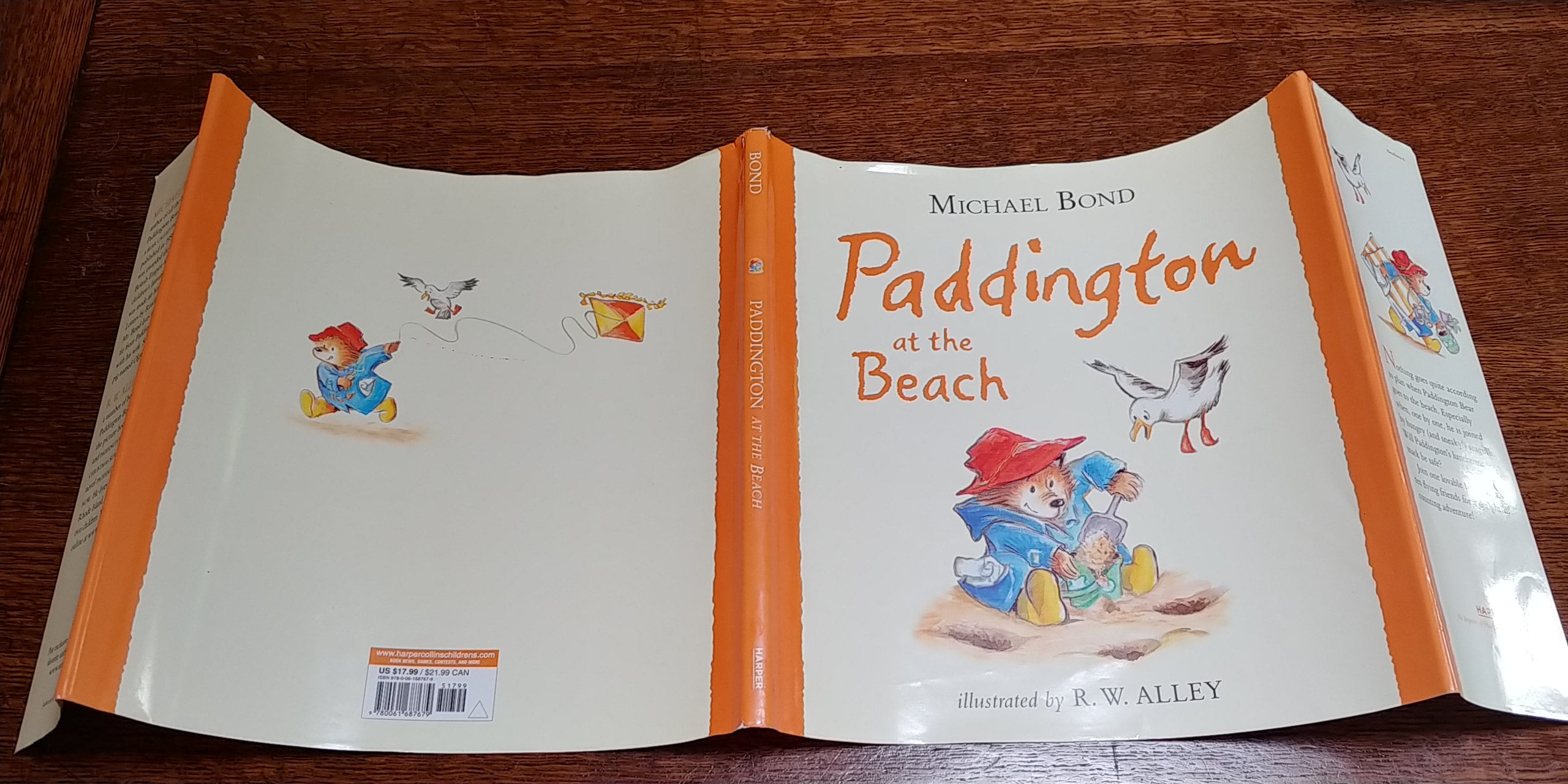 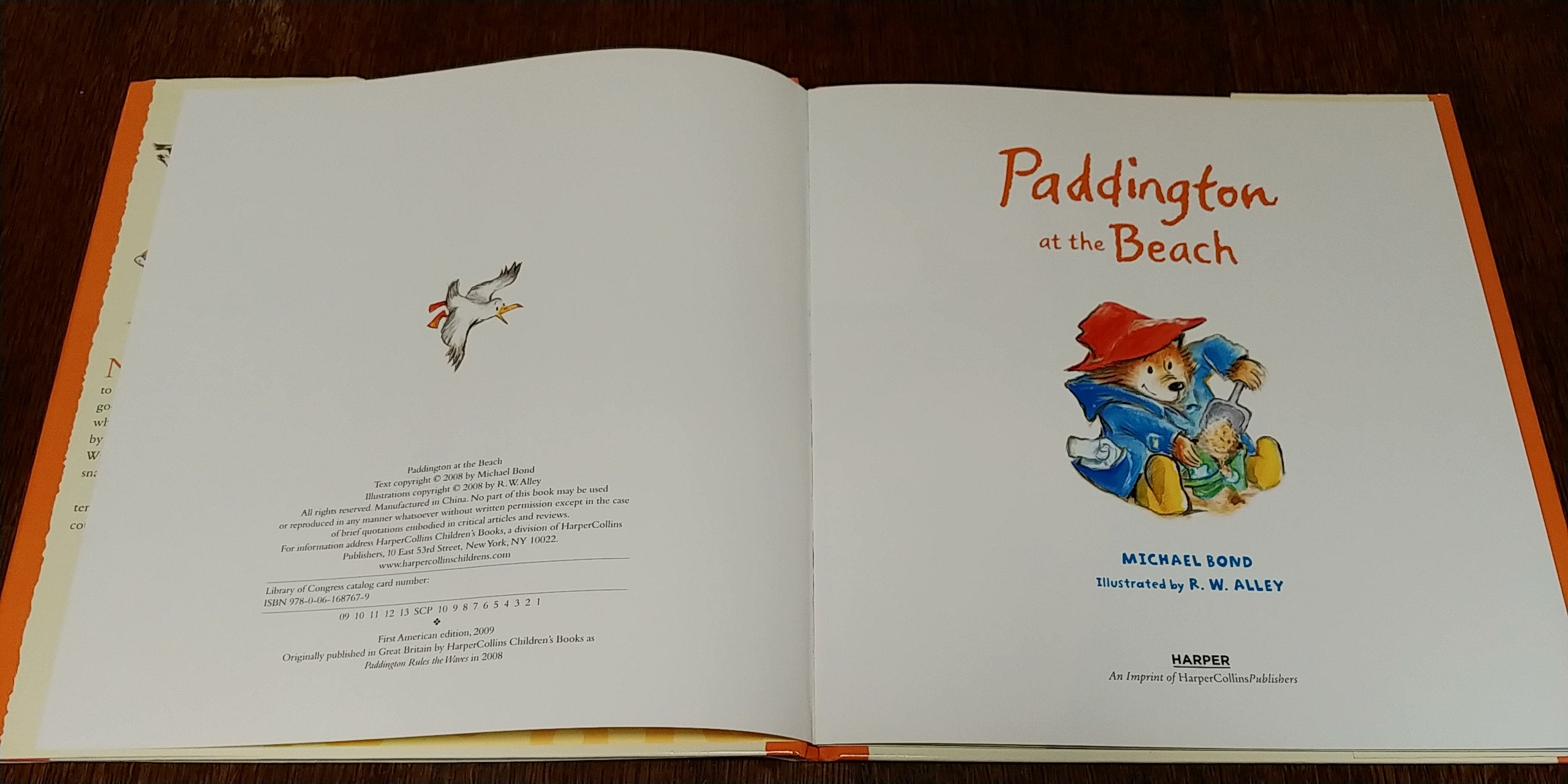 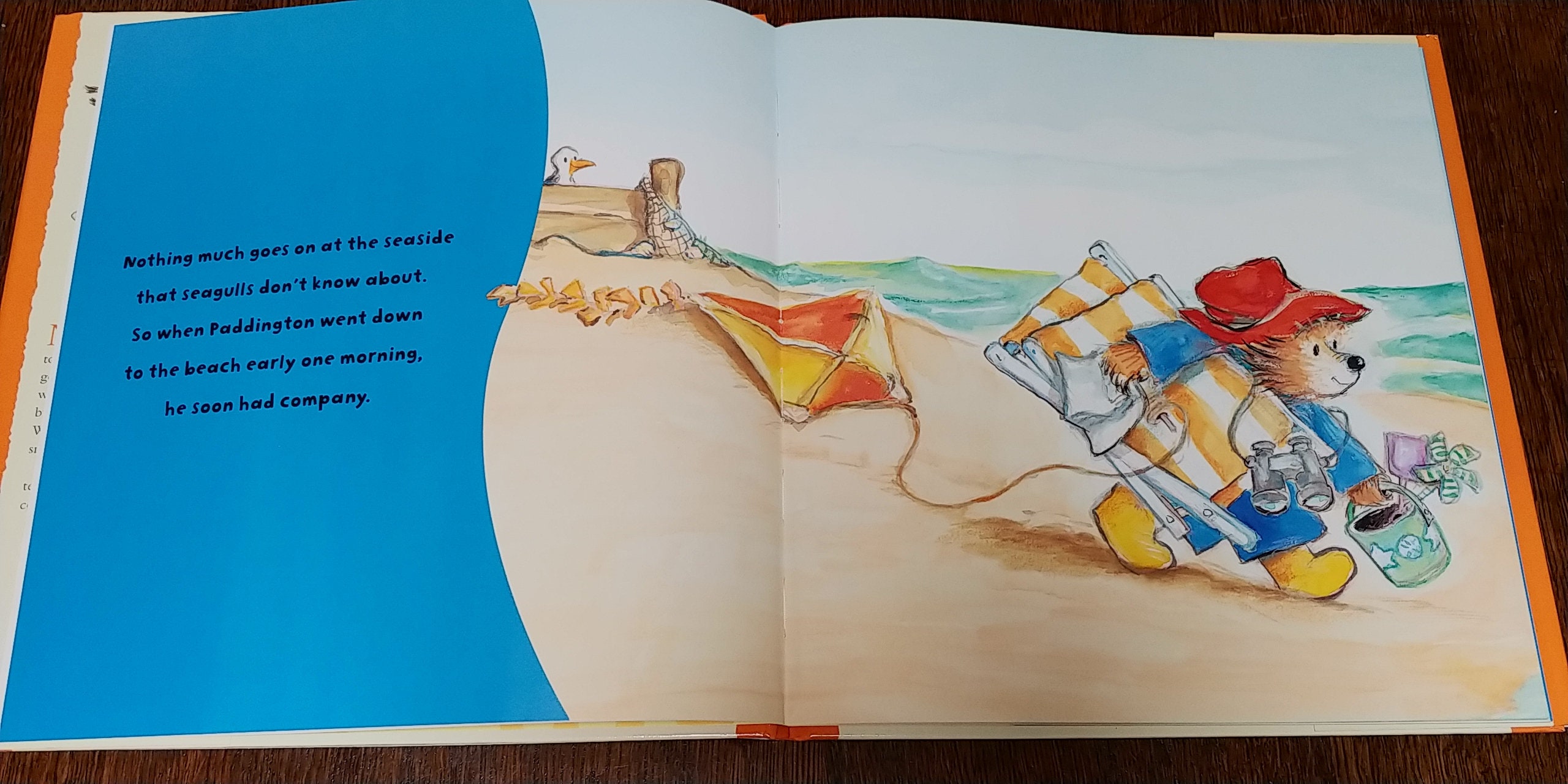 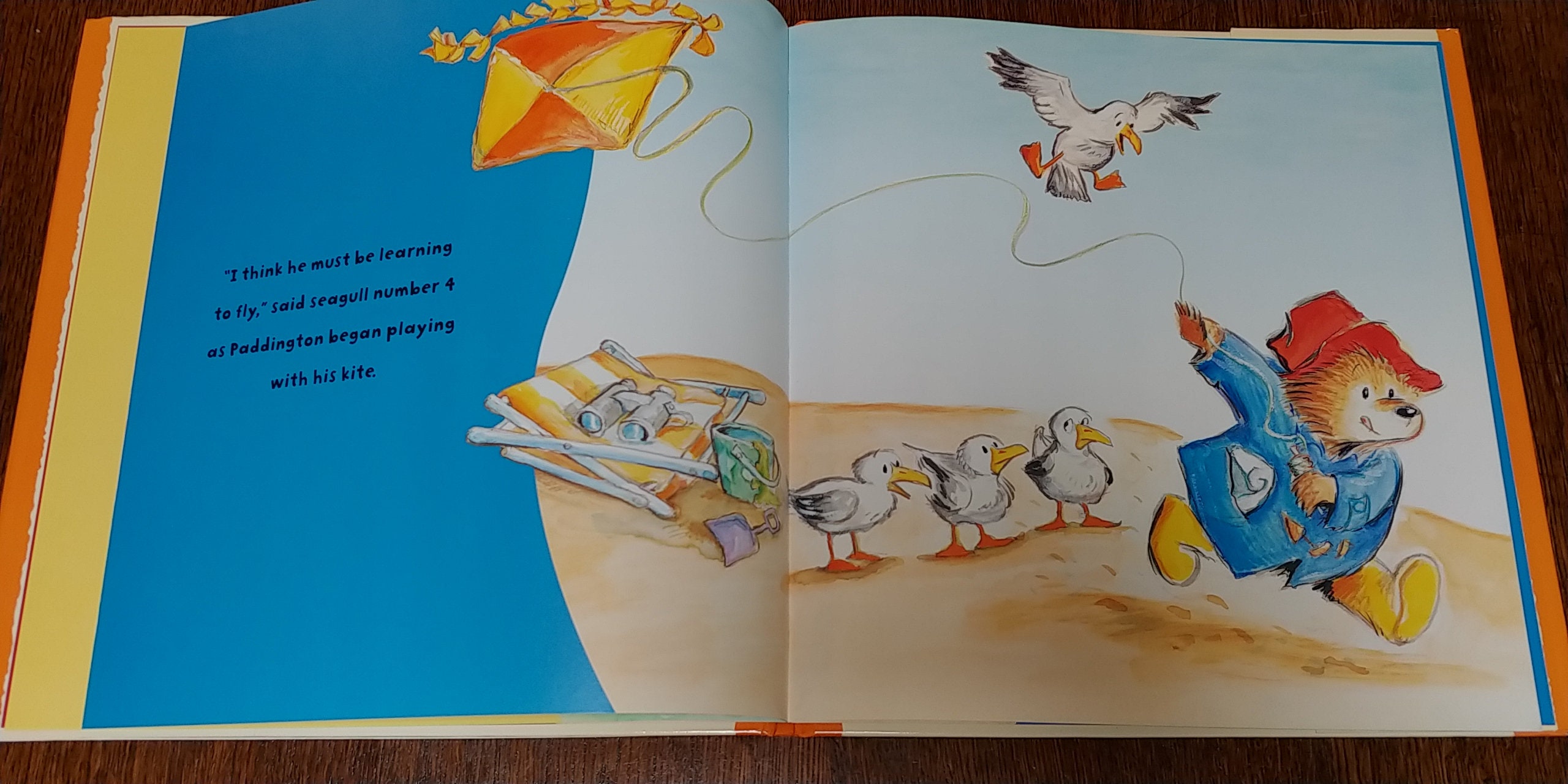 First edition of Paddington at the Beach by Michael Bond and R. W. Alley. Great beach read for the kiddos!

"Nothing much goes on at the seaside
that seagulls don't know about.
So when Paddington went down
to the beach early one morning,
he soon had company.

Paddington Bear ends up being harassed by ten - 10! - hungry seagulls who take off with his snack. But as everyone who loves him knows, he always keeps a marmalade sandwich under his hat.

A colorful, active day at the beach to read with young children. It has it all: numbers, colors, things, and activities.

R. W. Alley collaborated with Bond on Paddington Bear for over twenty years, in addition to many other books he's written and/or illustrated. In 2010, he received a Theodor Seuss Geisel Honor Award for Pearl and Wagner One Funny Day by Kate McMullan.