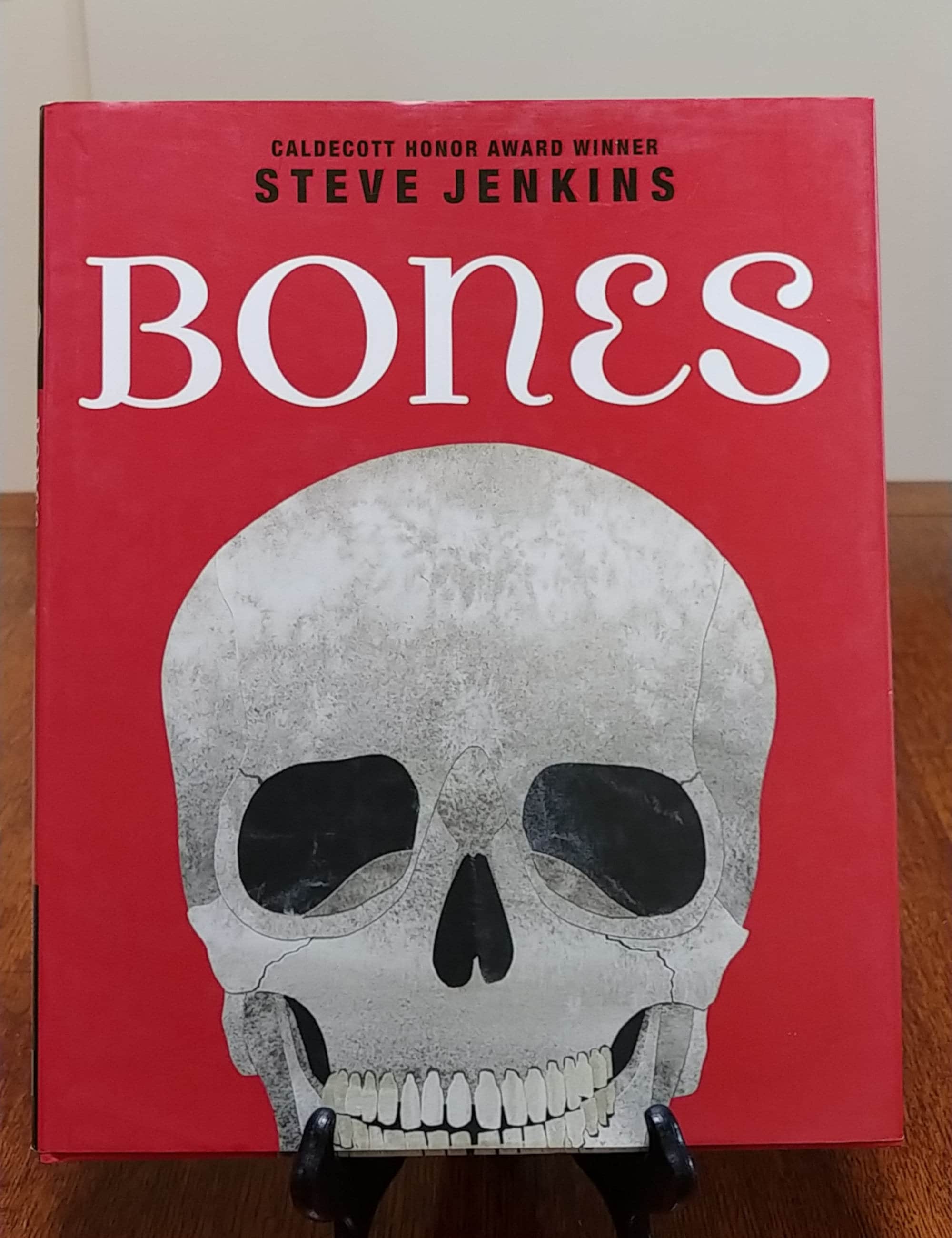 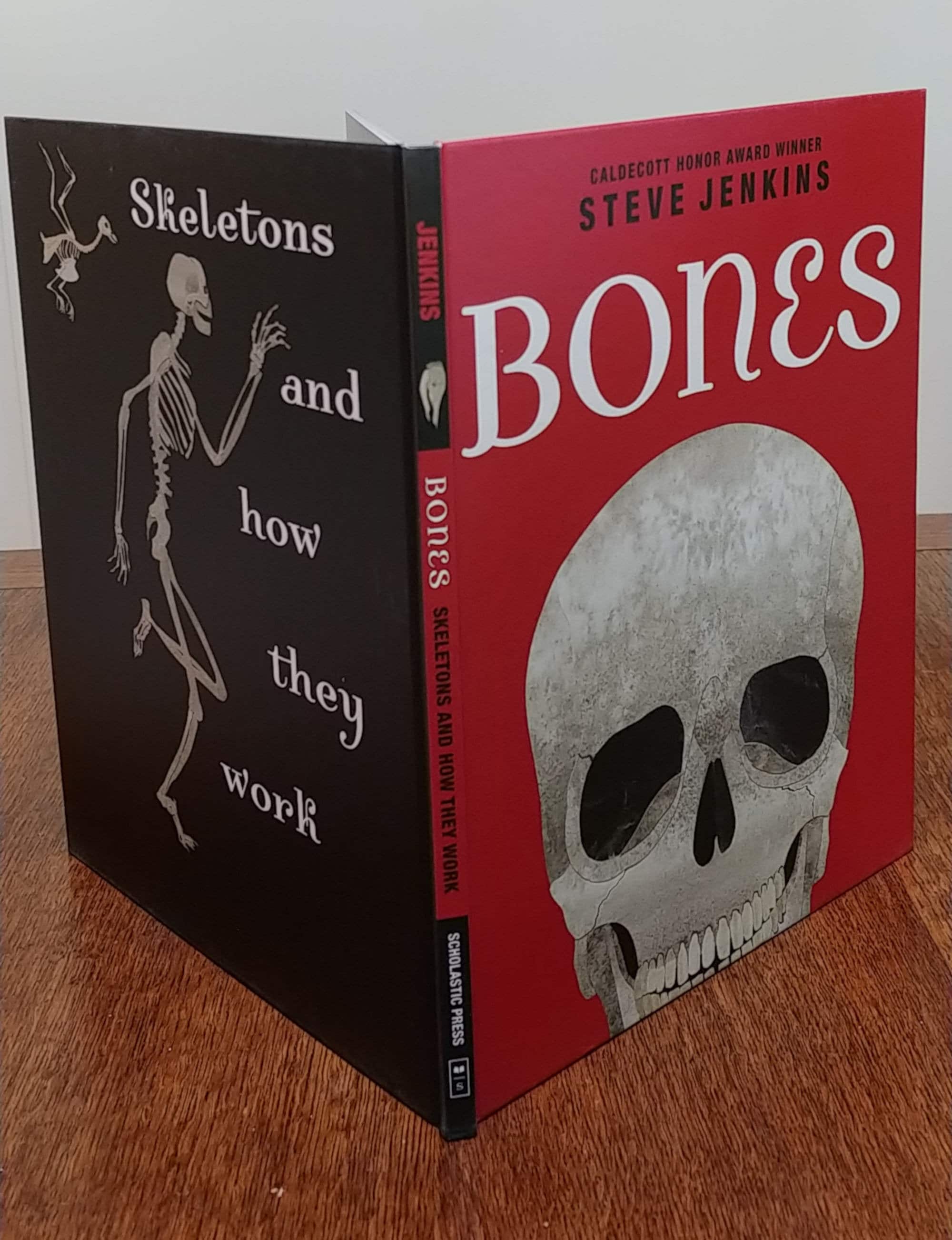 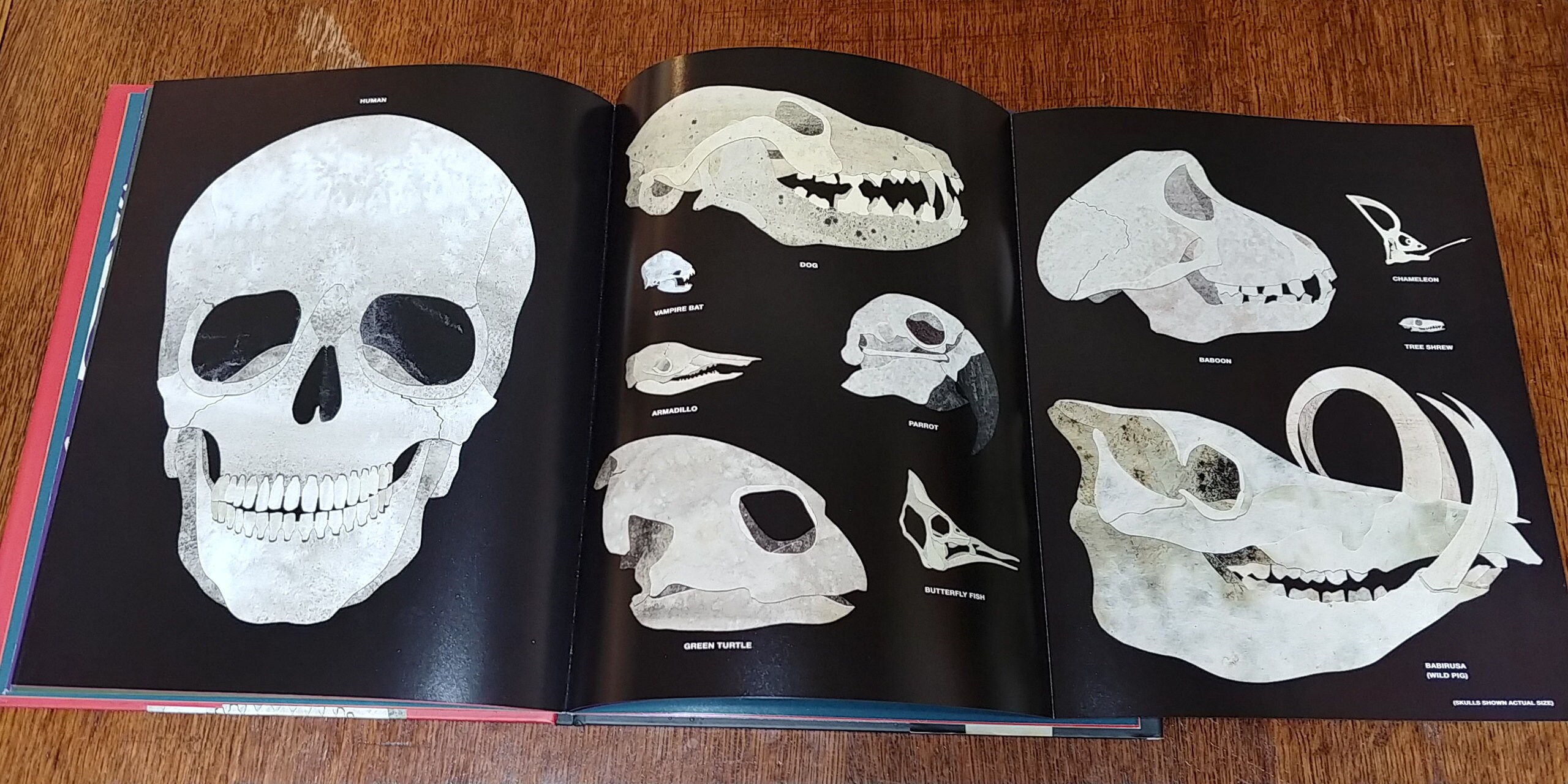 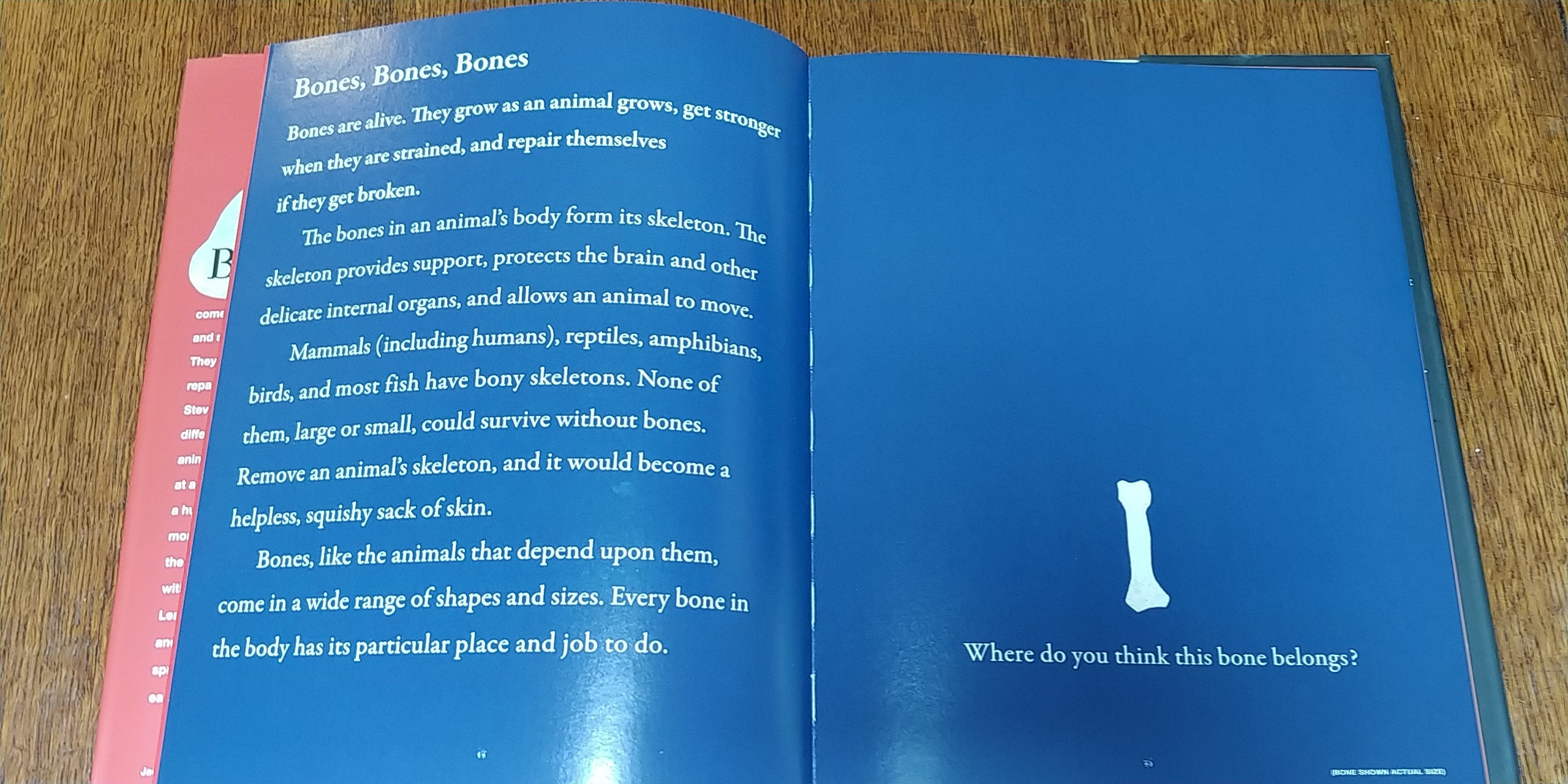 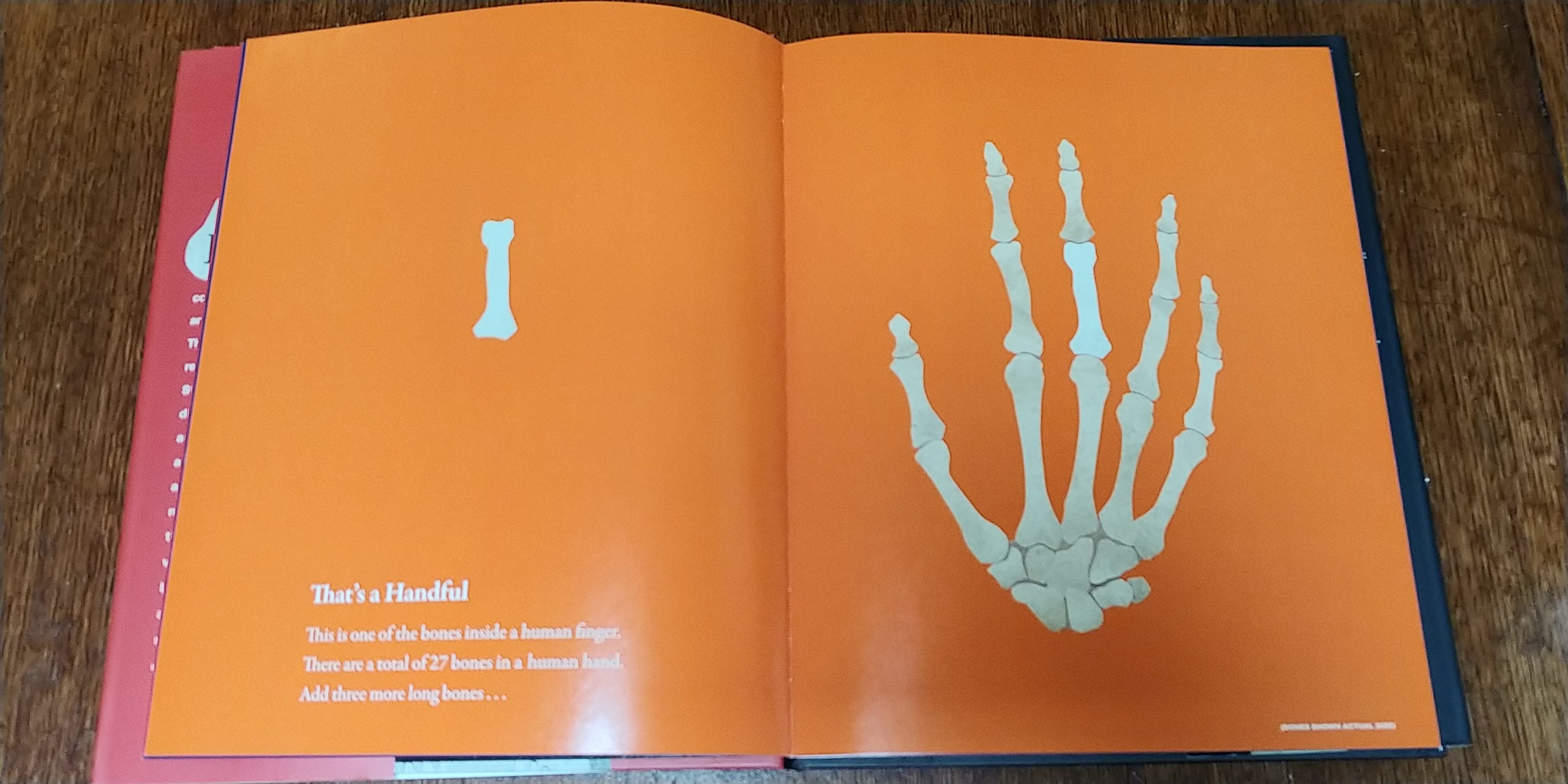 Bones: Skeletons and How They Work by Steve Jenkins - First Edition Children's Books

First edition of Bones: Skeletons and How They Work by Steve Jenkins.

"Bones come in all shapes and sizes. They grow. They support. They can even repair themselves when they break. Steve Jenkins explores the differences between human and animal bones, many of them shown at actual size. Take a close look at a human hand those of a spider monkey, a mole, and a bat. Compare the great weight of an elephant's leg with the feather-light femur of a stork. Learn about the ribs of snakes, sloths, and turtles."

There are also three fantastic gatefold spreads of a human skeleton, a python, and a comparison of human and animal heads.

Steve Jenkins (1952- ) is a graphic designer and award-winning children's book author and illustrator whose love of science, and his children's questions, inspired Actual Size, Biggest, Strongest, Fastest, The Top of the World: Climbing Mount Everest, and Life on Earth: The Story of Evolution. In 2004, he received a Caldecott Honor award for What Do You Do With a Tail Like This?

Condition*: Near Fine/Near Fine. There are two vertical folds in the python gatefold.