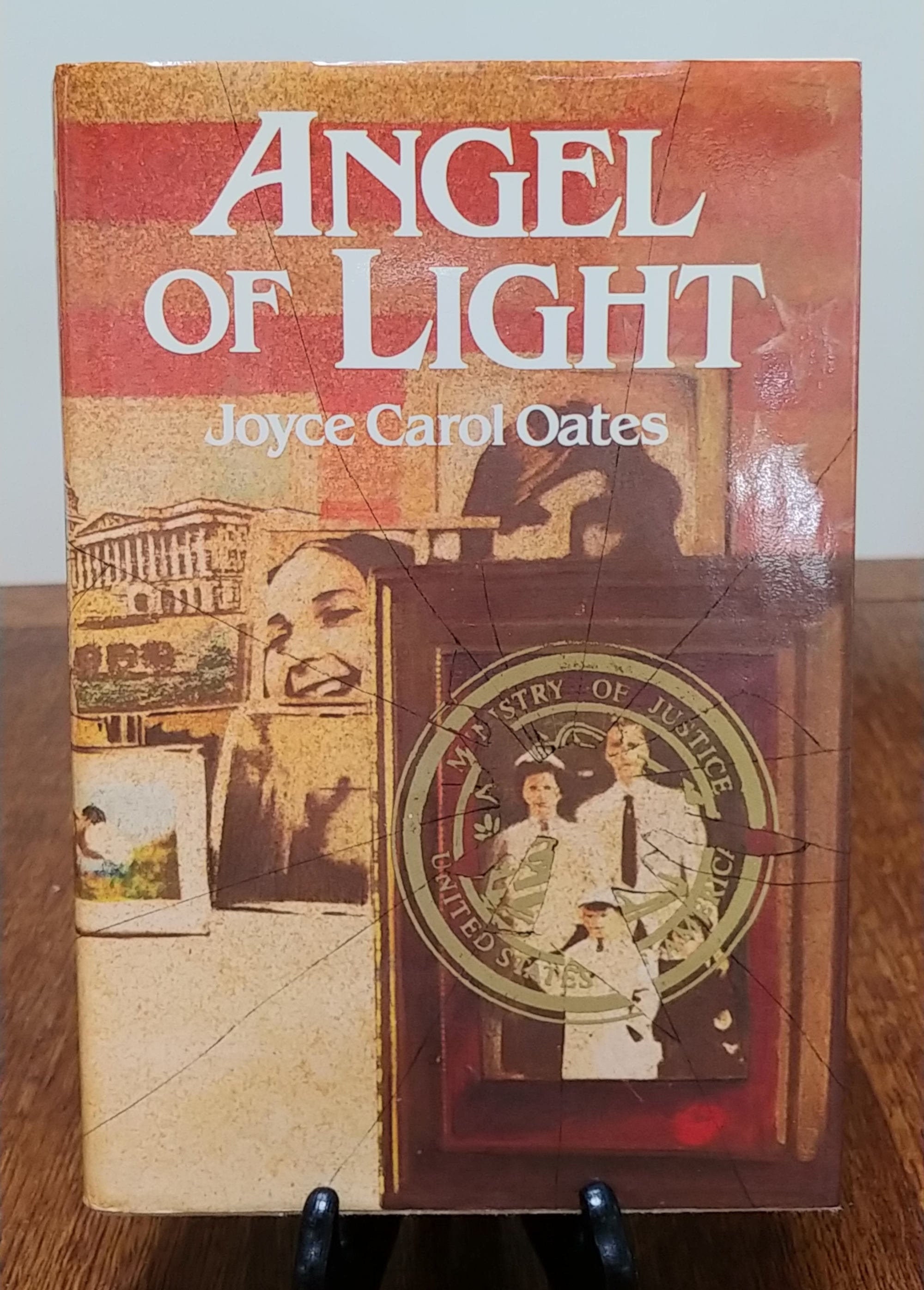 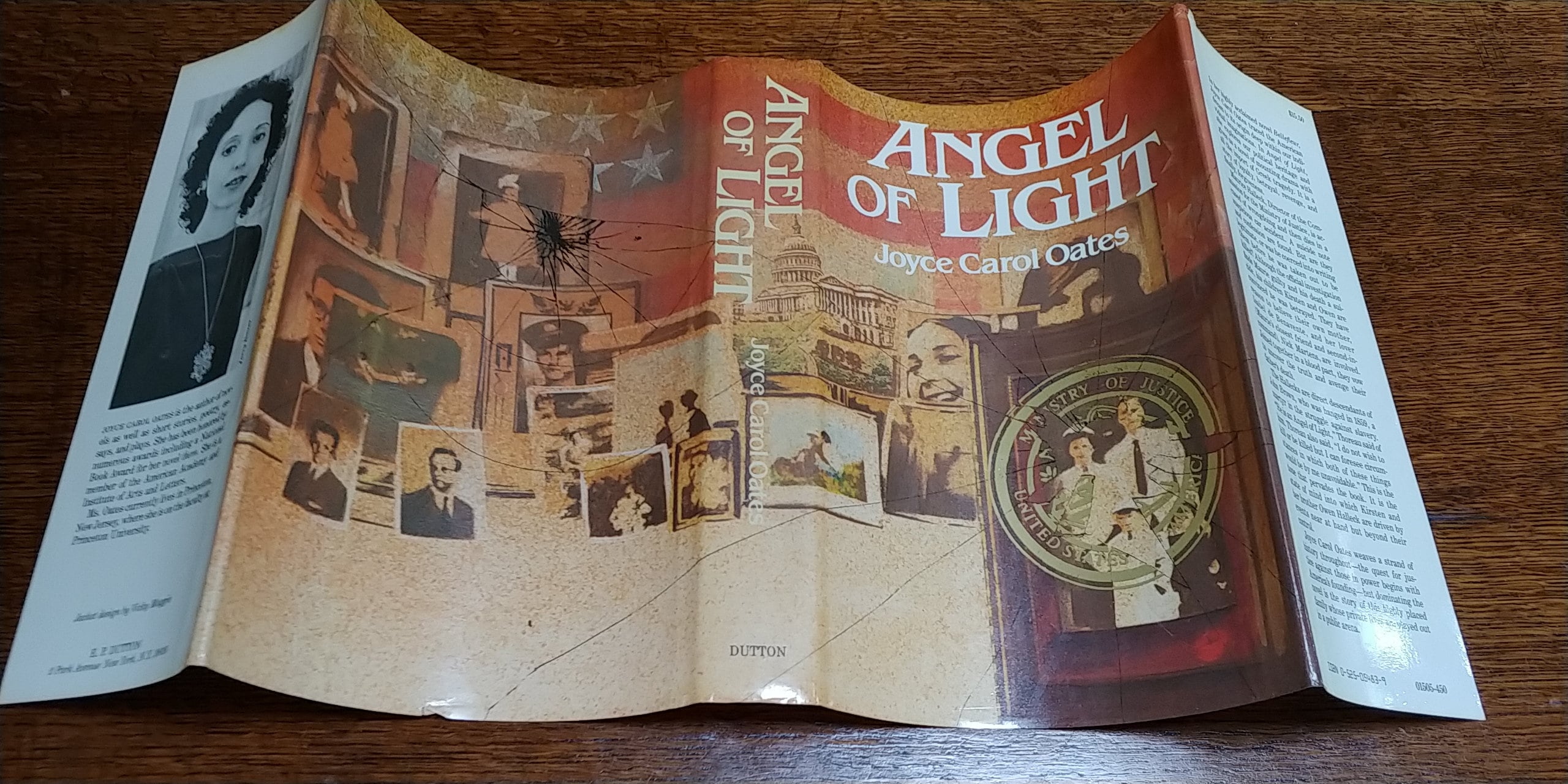 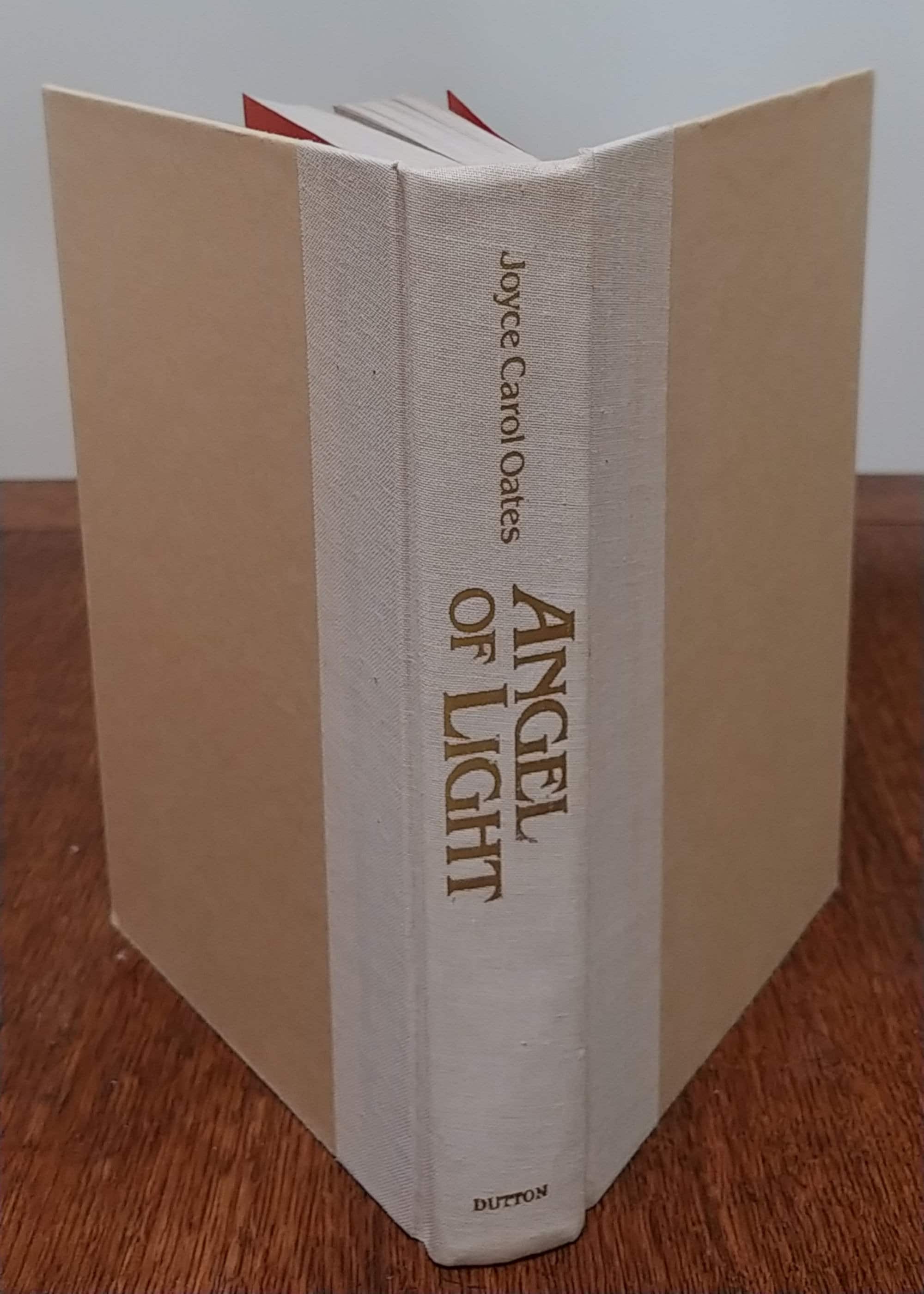 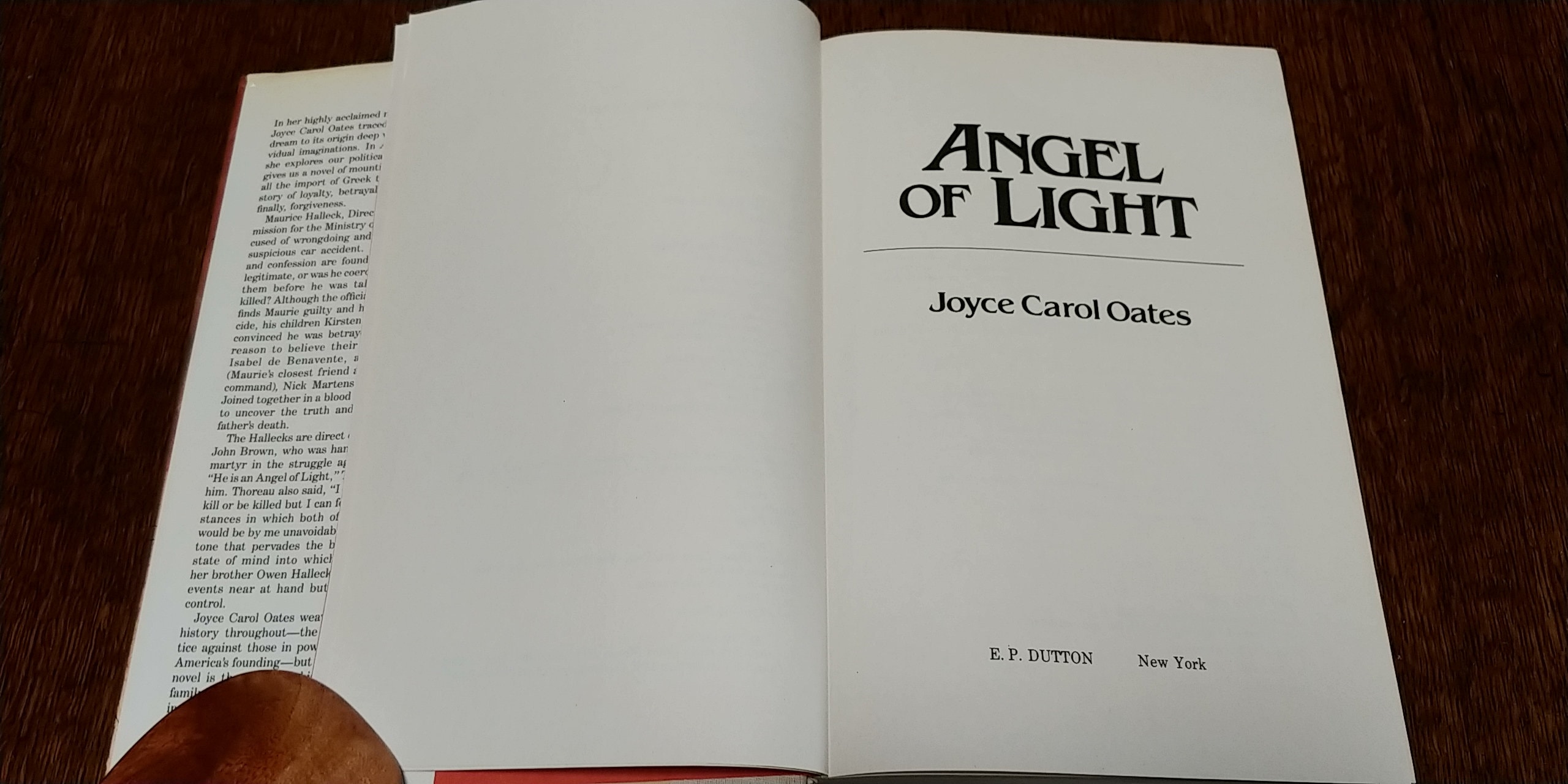 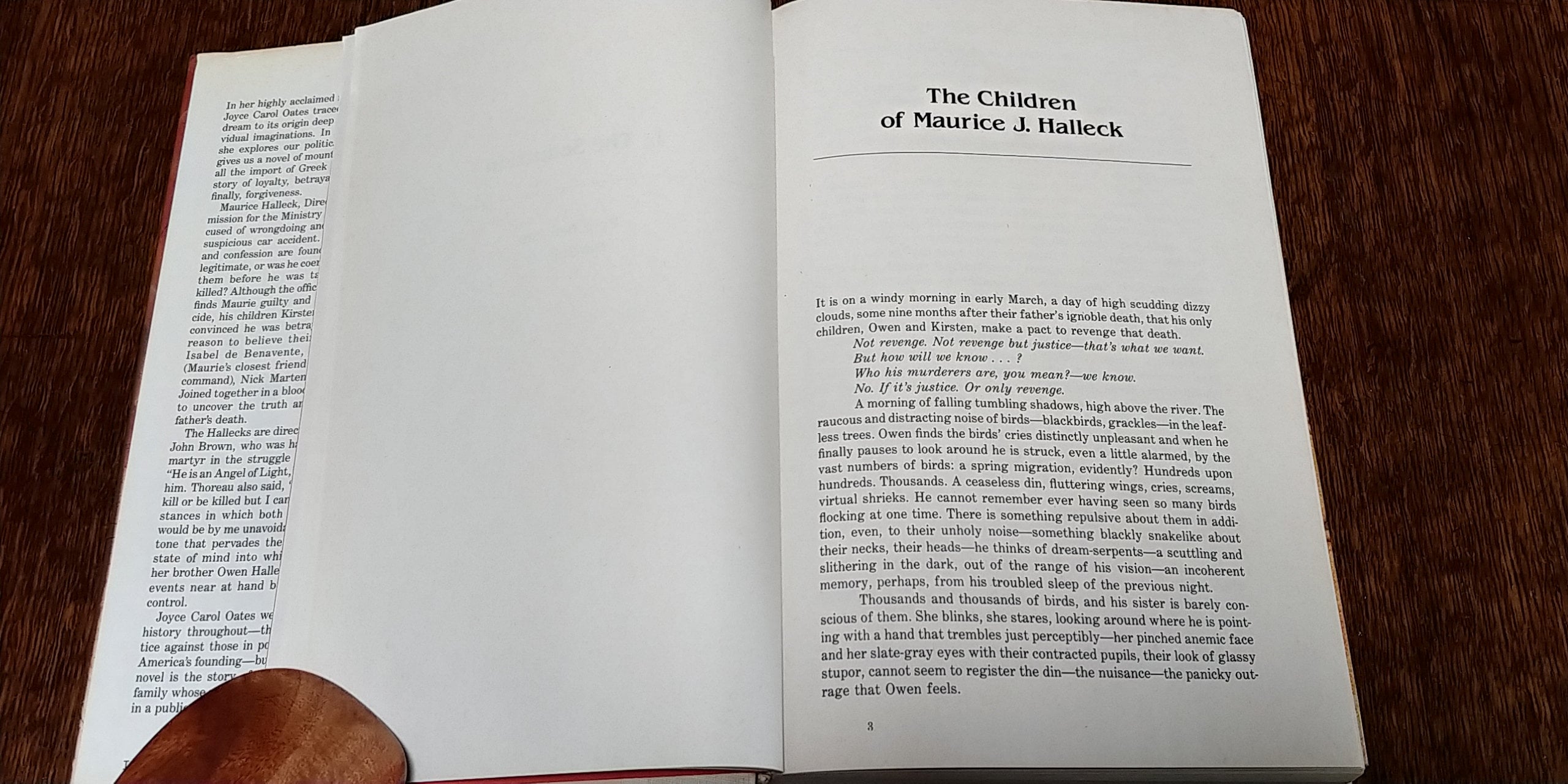 First edition of Angel of Light by Joyce Carol Oates, a story of murder and a powerful family's fall from grace.

Joyce Carol Oates (1938- ) is one of America's greatest writers; she's authored 58 novels as well as novellas, plays, poetry, and non-fiction, and received the National Book Award, the O. Henry Award, the National Humanities Medal, the Jerusalem Prize, and other honors.

"In Angel of Light, [Oates] explores our political heritage and gives us a novel of mounting drama with all the import of Greek tragedy. It is a story of loyalty, betrayal, revenge, and finally, forgiveness.

"Maurice Halleck, Director of the Commission for the Ministry of Justice, is accused of wrongdoing and then dies in a suspicious car accident. A suicide note and confession are found. But are they legitimate, or was he coerced into writing them before he was taken out and killed? ... his children Kirsten and Owen are convince he was betrayed. They have reason to believe their own mother, Isabel de Benavente, and her lover...are involved.

"The Hallecks are direct descendants of John Brown, who was hanged in 1859, a martyr in the struggle against slavery. "He is the Angel of Light," Thoreau said of him. Thoreau also said, "I do not wish to kill or be killed but I can foresee circumstances in which both of these things would be by me unavoidable." This is the tone that pervades the book. ..."

"[Oates] weaves a strand of history throughout - the quest for justice against those in power begins with America's founding - but dominating the novel is the story of this highly placed family whose private lives are played out in a public arena."