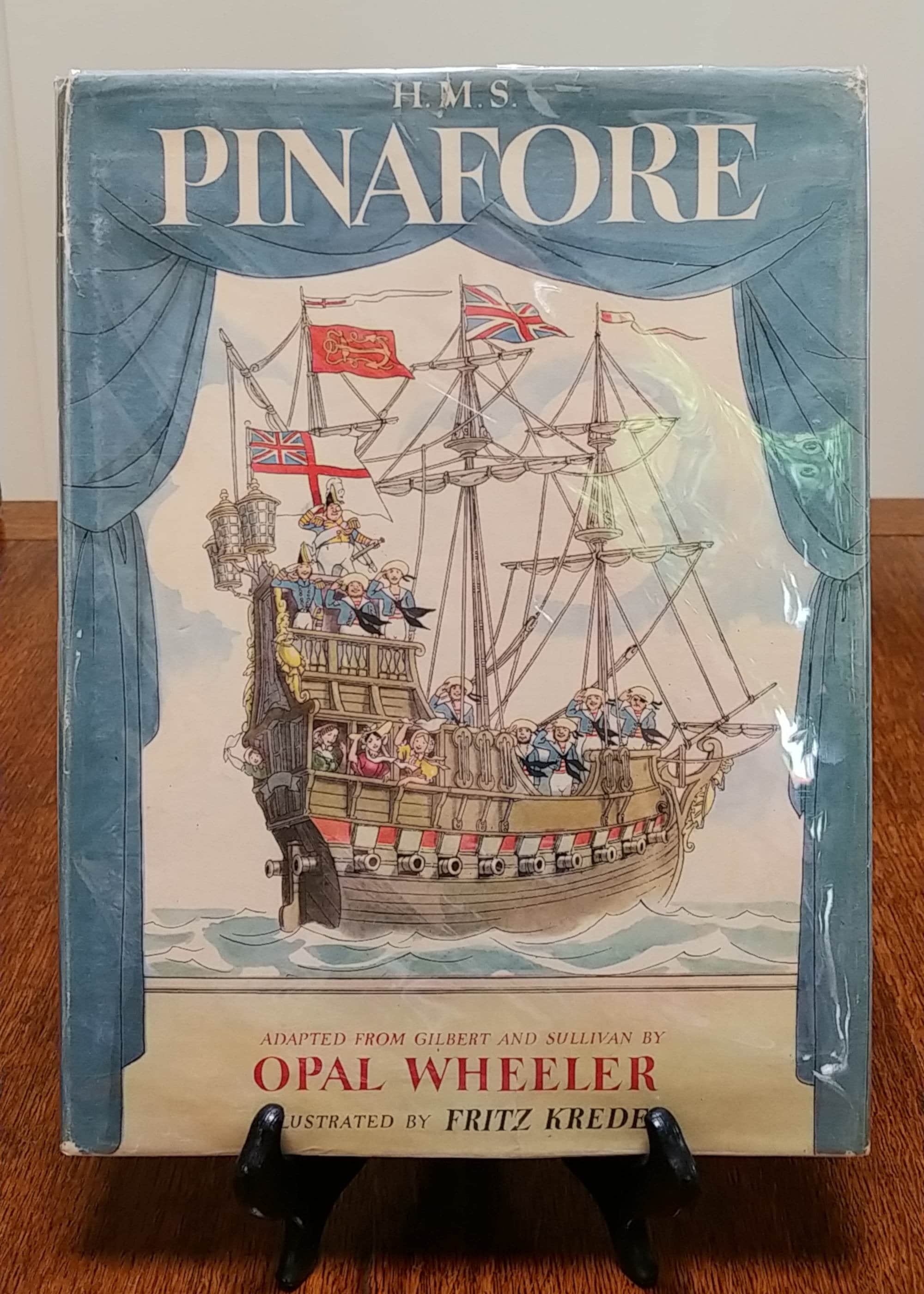 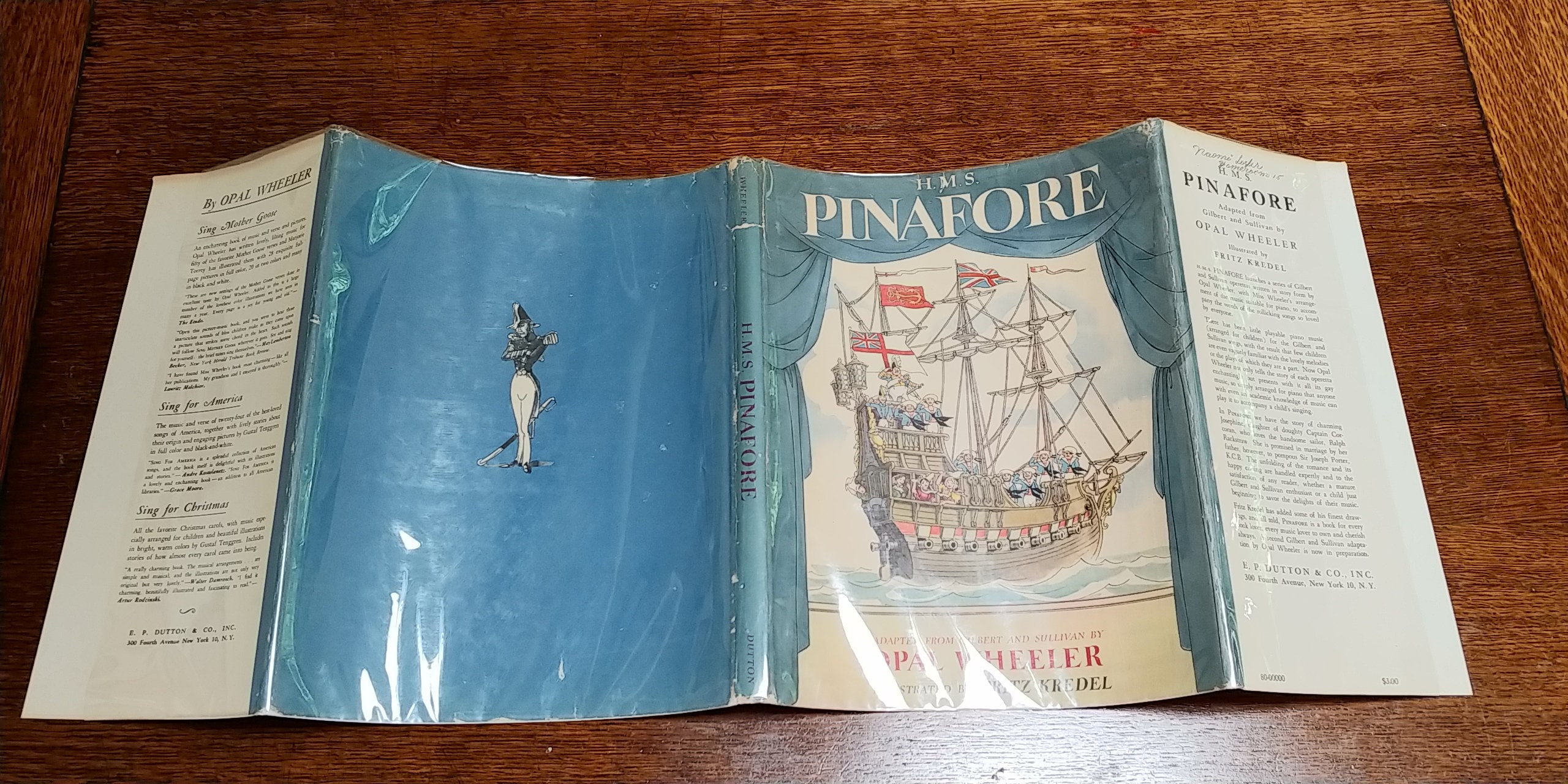 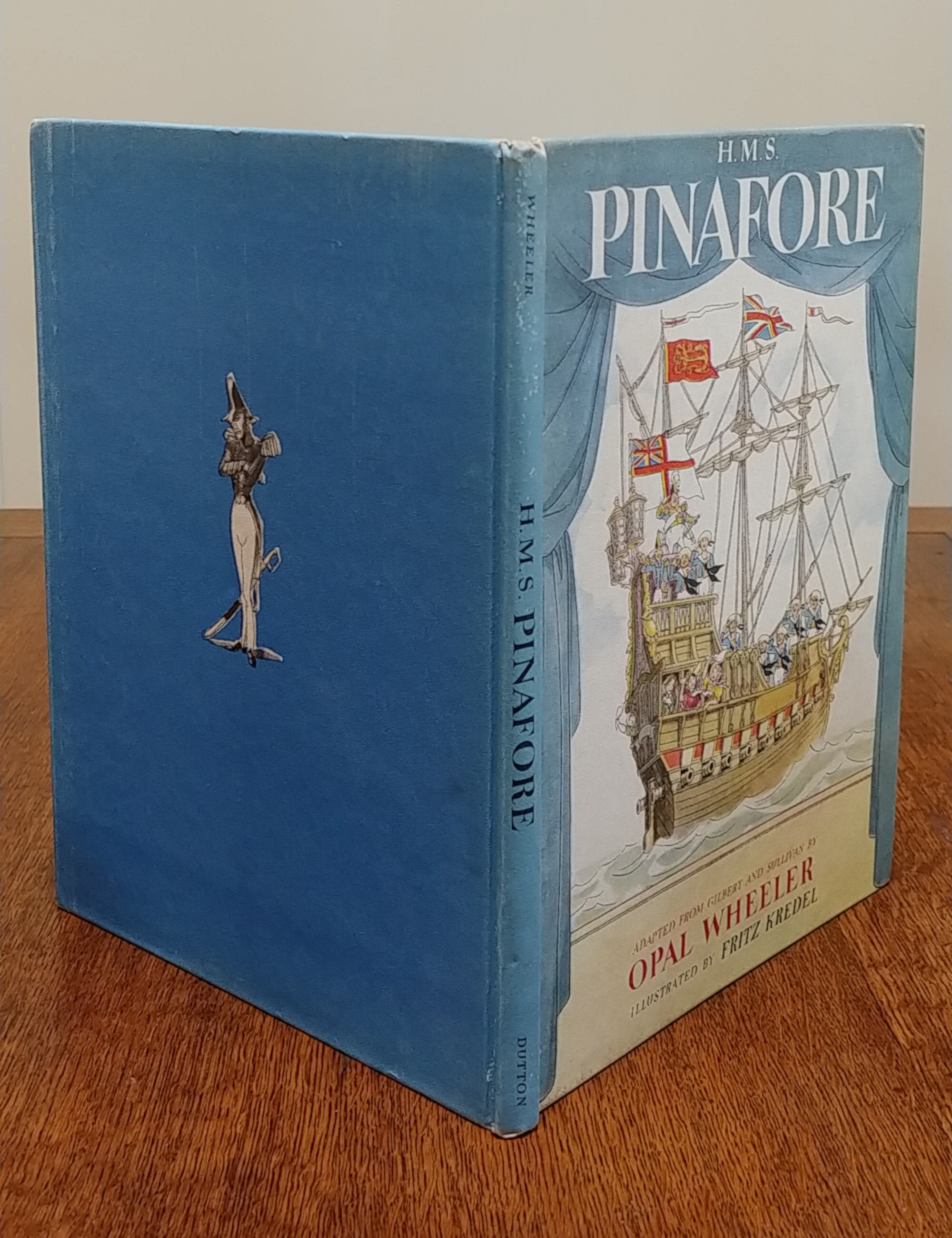 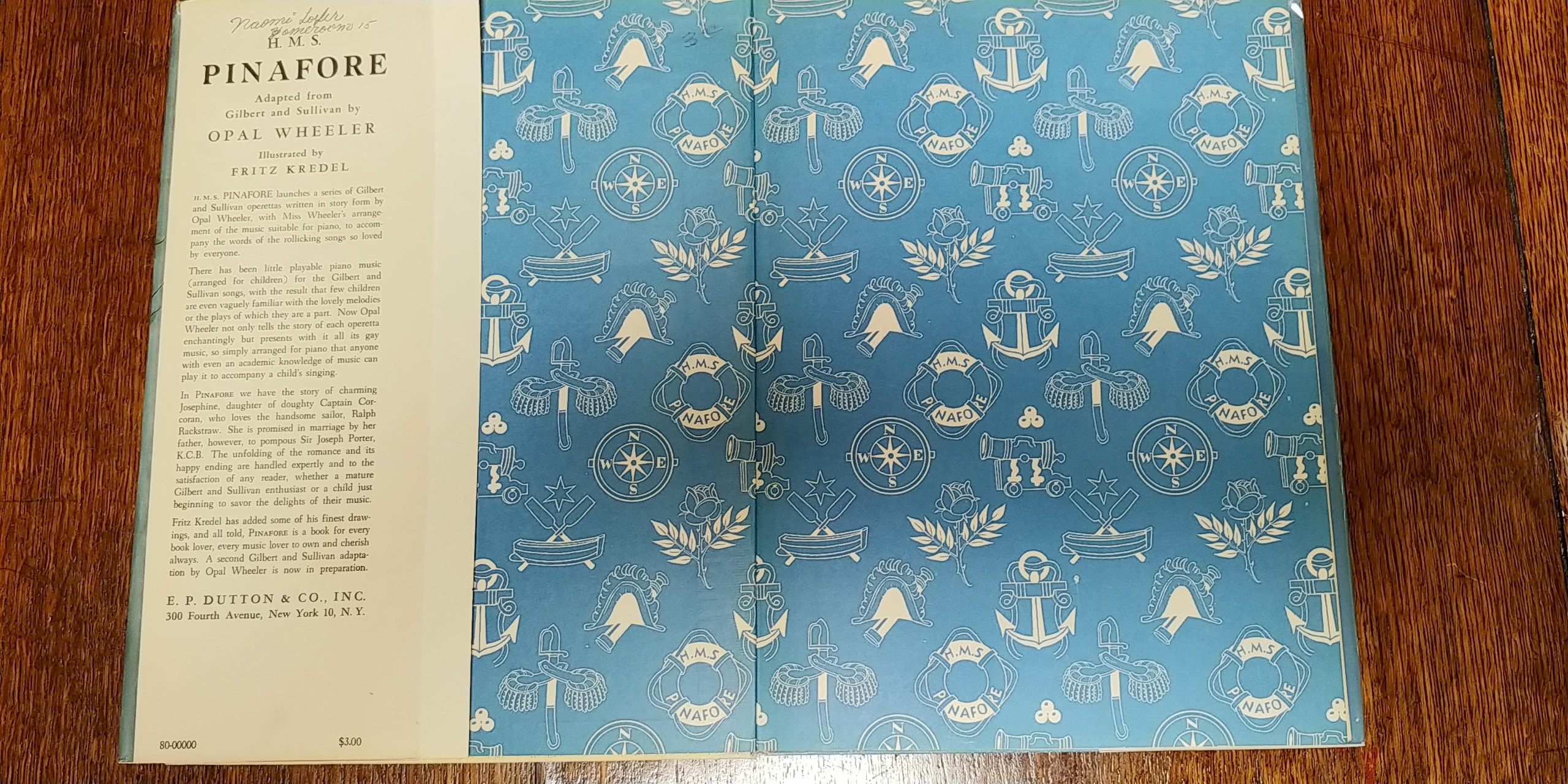 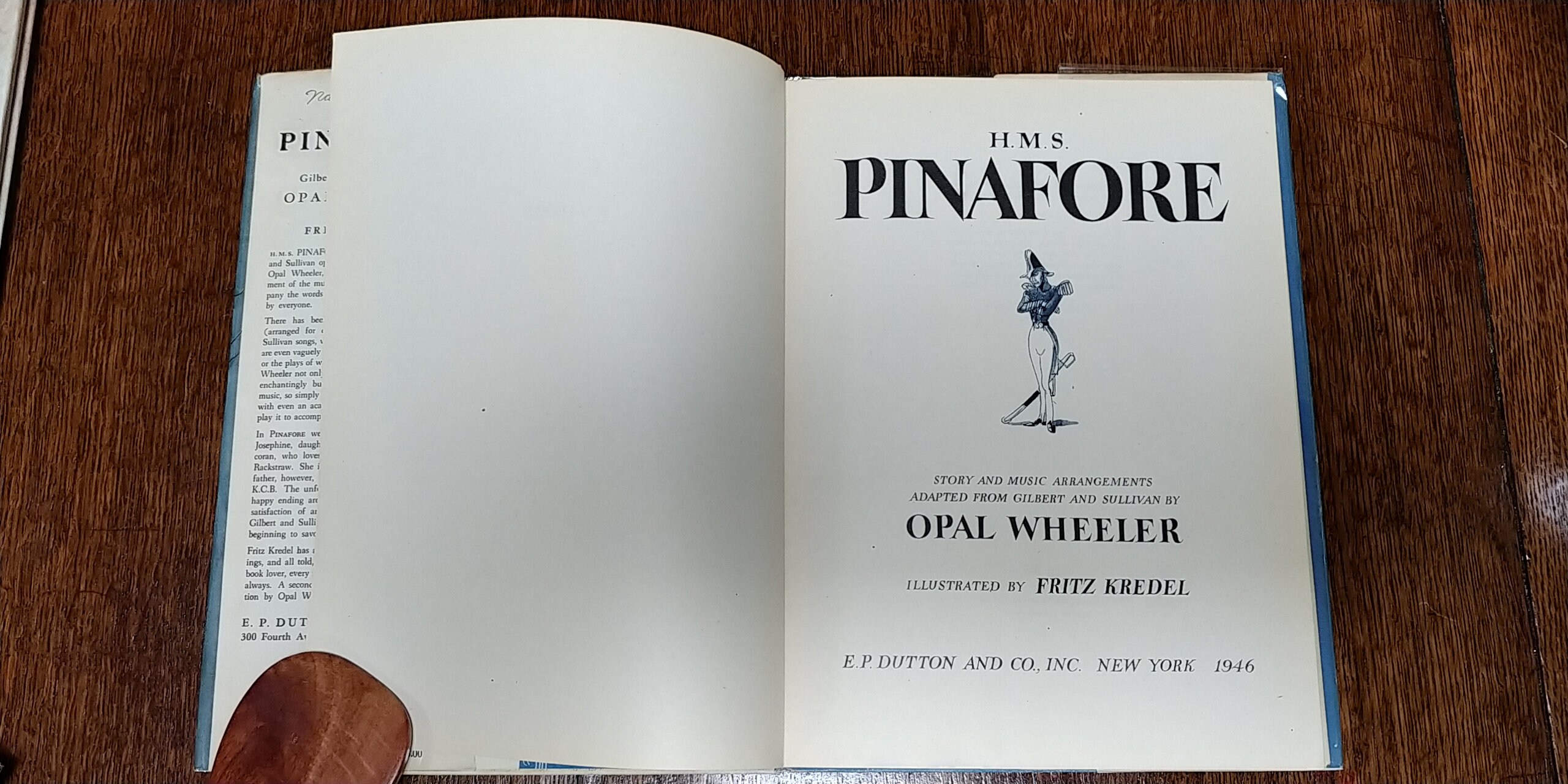 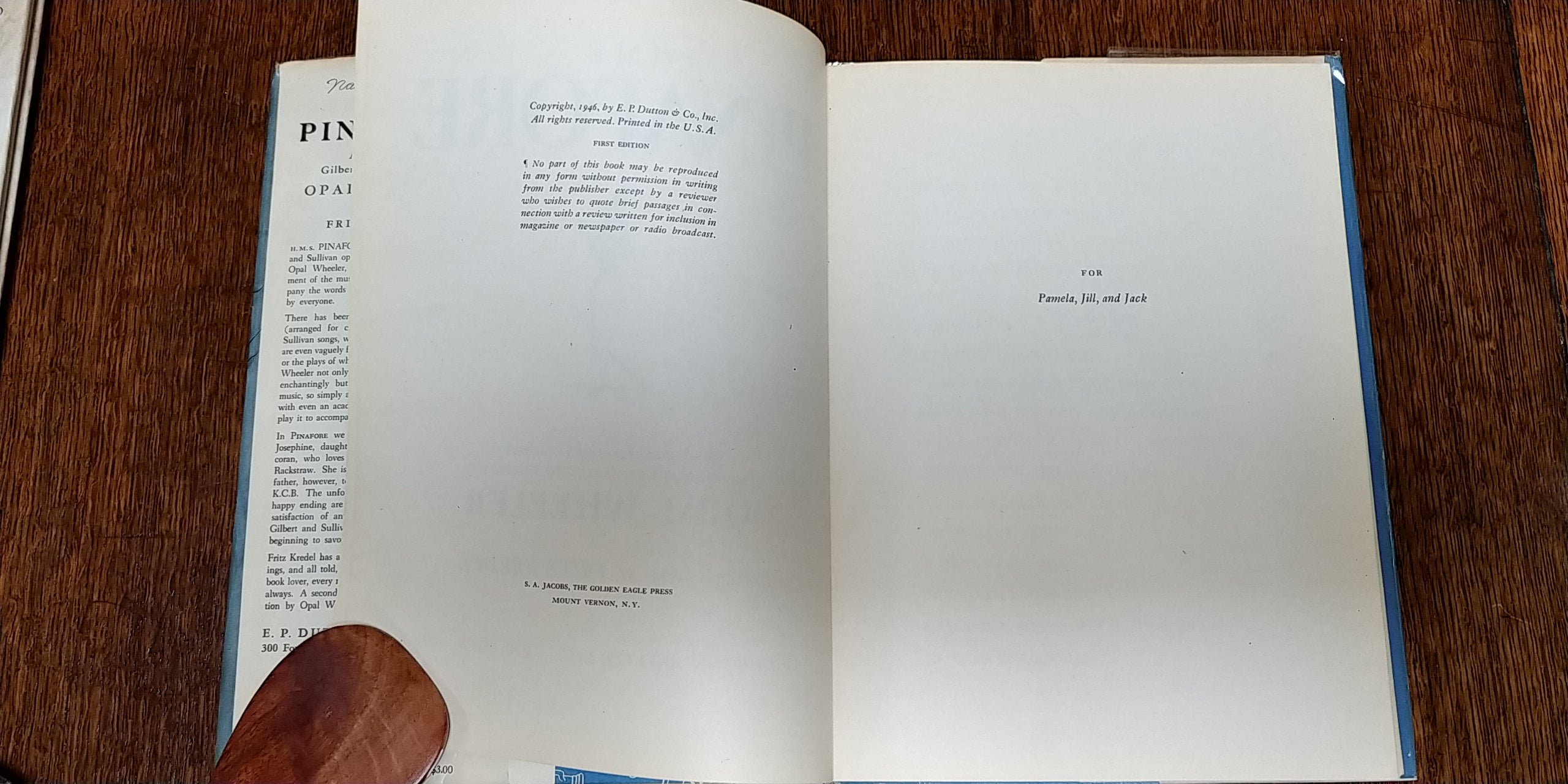 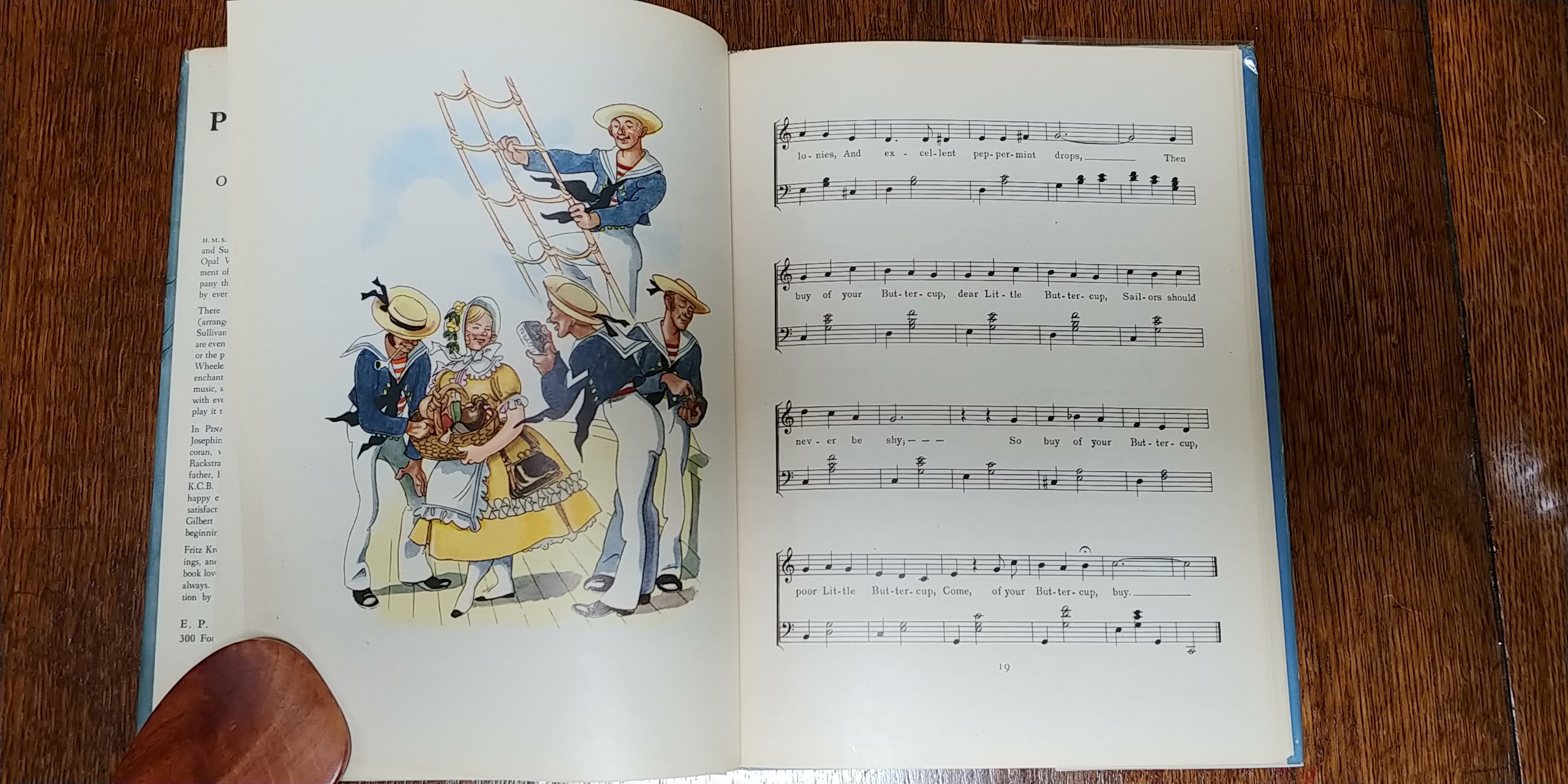 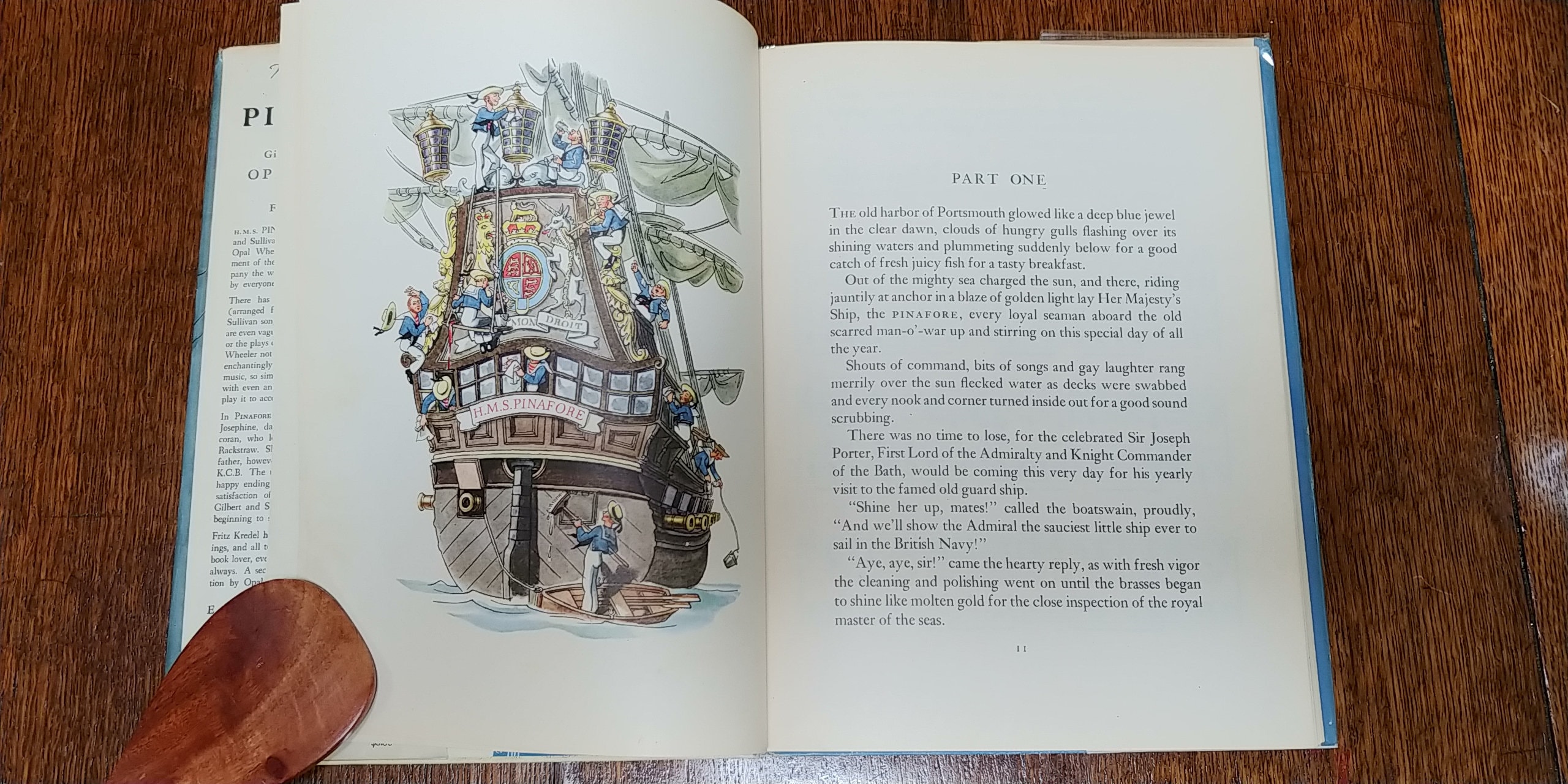 A first edition of H.M.S Pinafore, a Gilbert & Sullivan operetta adapted for children by Opal Wheeler, illustrated by Fritz Kredel.

Front flap:
"In Pinafore, we have the story of charming Josephine, daughter of doughty Captain Corcoran, who loves the handsome sailor, Ralph Rackstraw. She is promised in marriage by her father, however, to pompous Sir Joseph Porter, K.C.B. The unfolding of the romance and its happy ending are handled expertly and to the satisfaction of any reader, whether a mature Gilbert & Sullivan enthusiast or a child just beginning to savor the delights of their music."

Opal Wheeler was a mid-20th century children's author best known for a series of biographies of the great musicians, including Hayden, Mozart, Bach, and many others. H.M.S. Pinafore was the first in a planned series of adaptations of Gilbert & Sullivan operettas suitable for piano and geared to children.

The artwork is wonderful, too! Fritz Kredel (1900 - 1973) was a respected illustrator whose work ranged from "Christmas" by Eleanor Roosevelt to a wood cut of the Presidential seal for President Kennedy to several books published by Heritage Press. His characterizations of the cast of characters in Pinafore are a delight.

Condition*: Very Good/Very Good. Dust jacket: Closed tear at the top of the spine repaired with tape from the inside; small closed tears at the bottom, front and back; corners are slightly bumped; minor scuffing along the spine; school teacher's name written on the front flap. Back cover board is slightly scuffed along the spine from shelfwear.