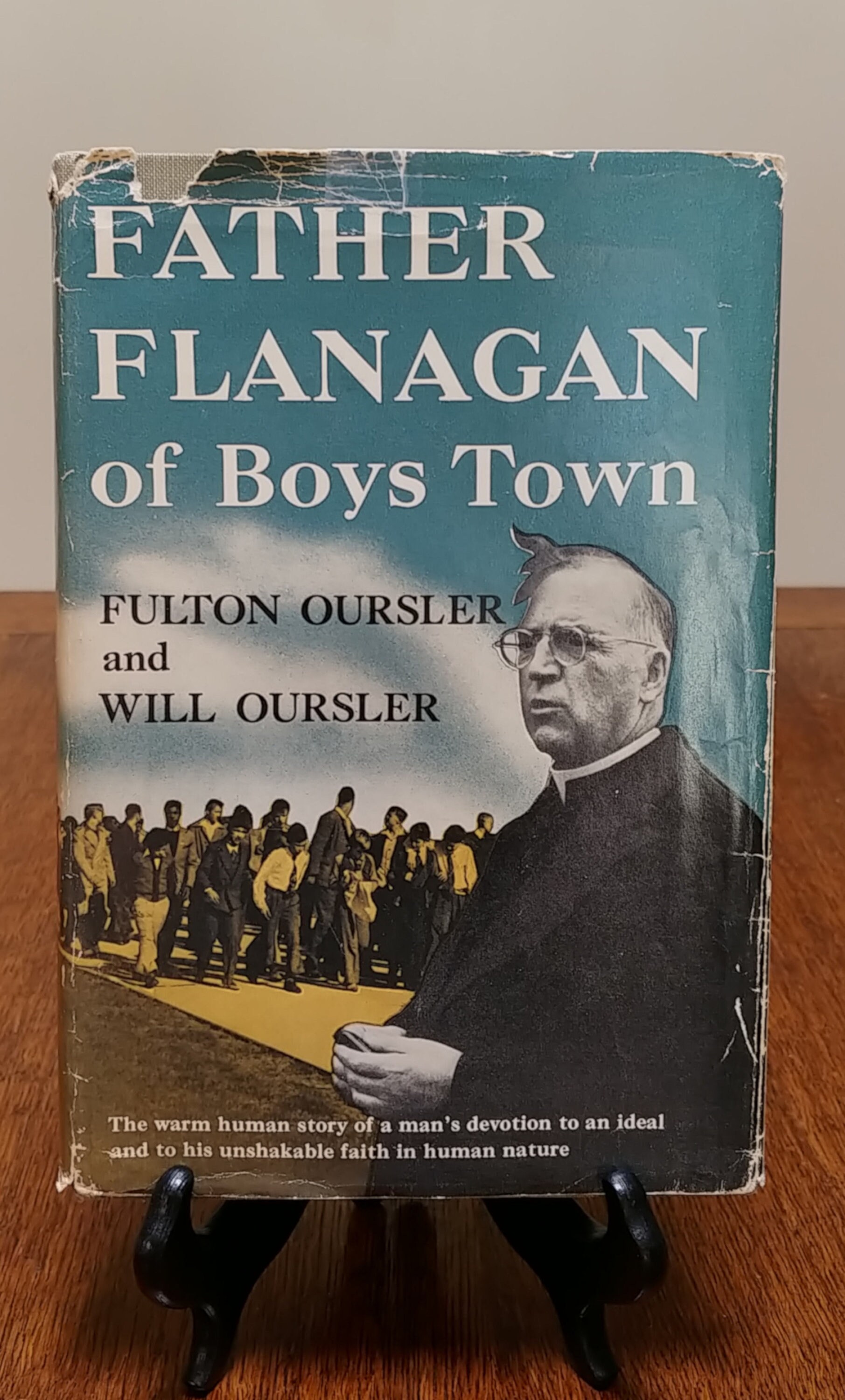 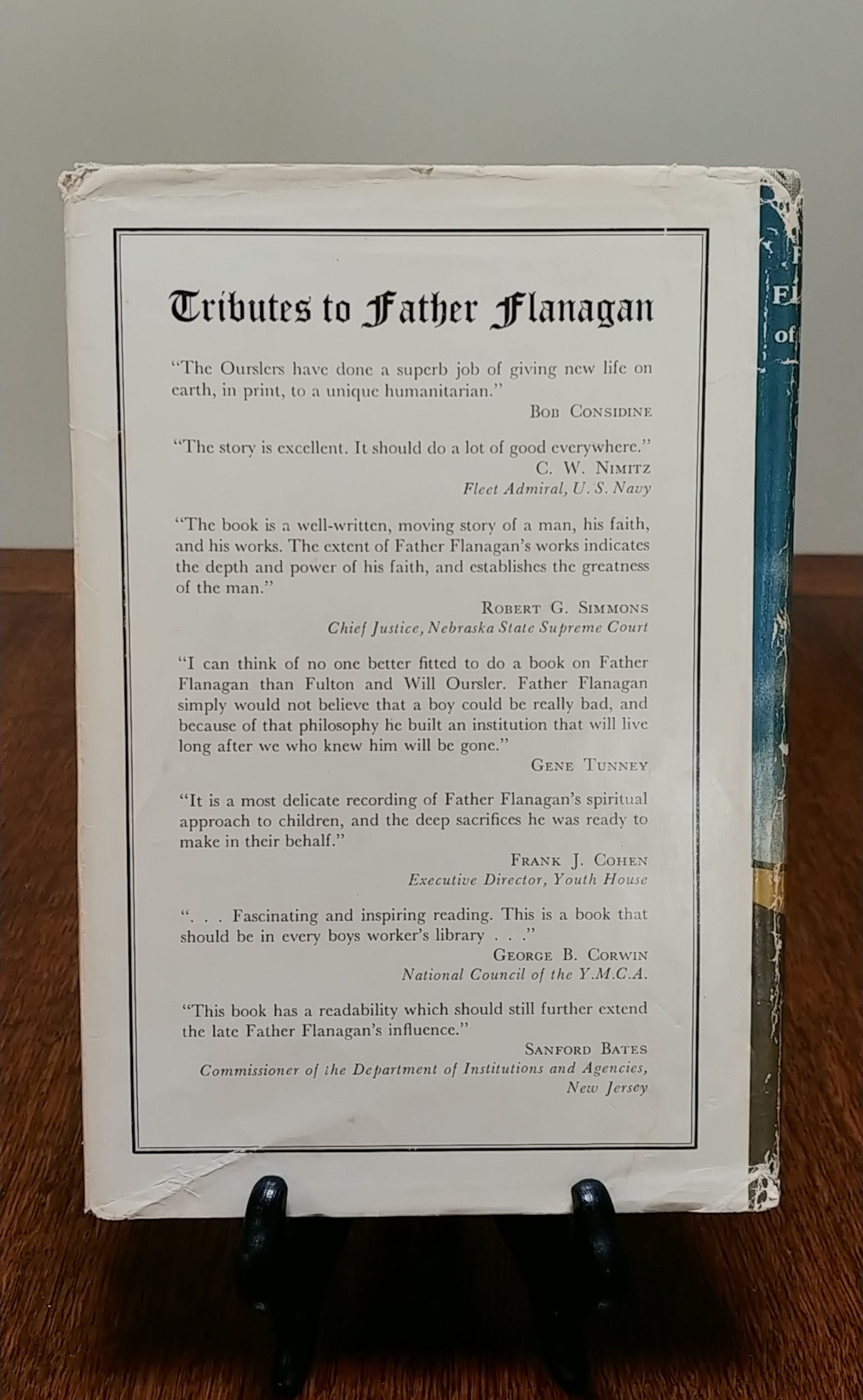 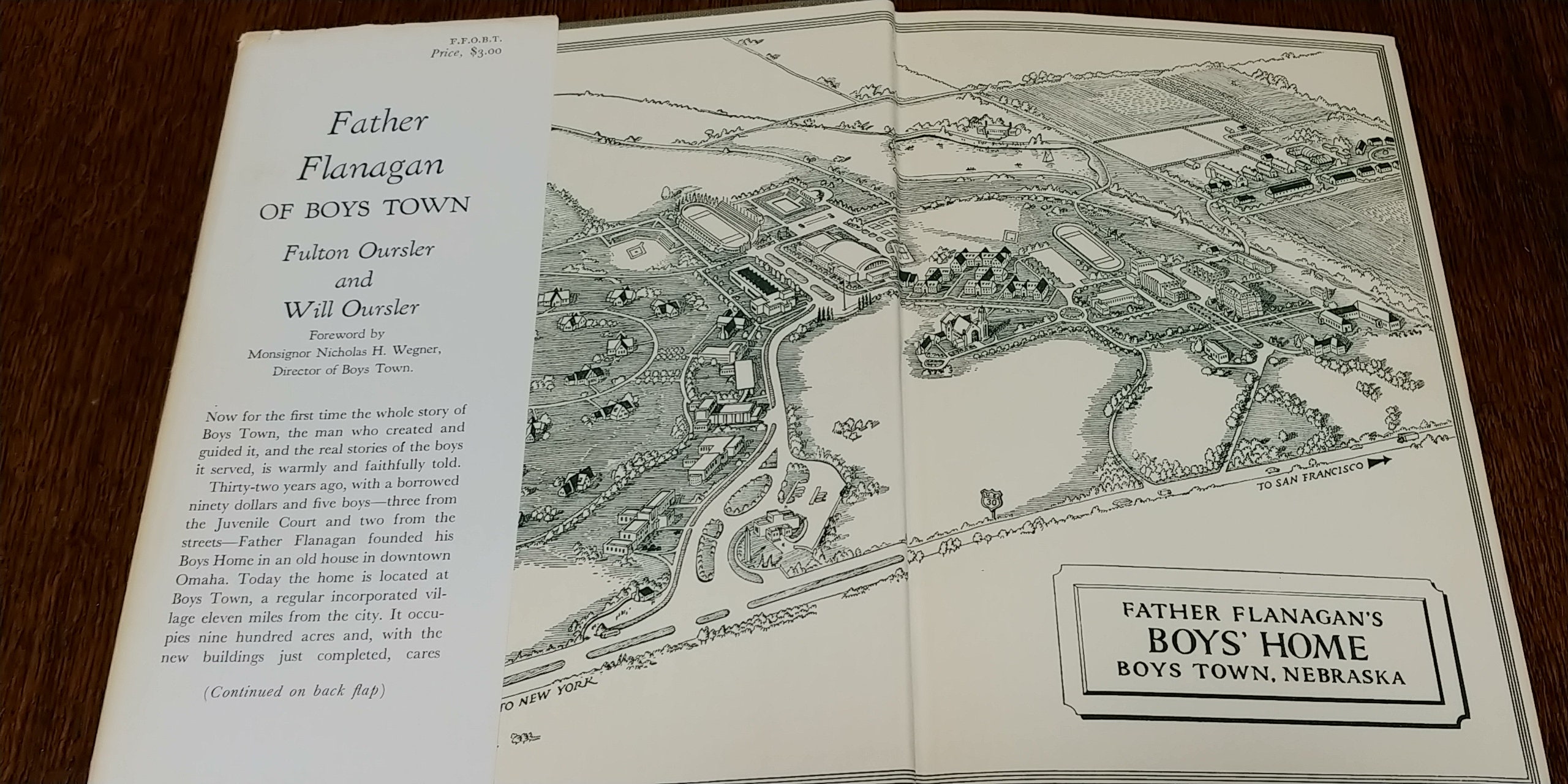 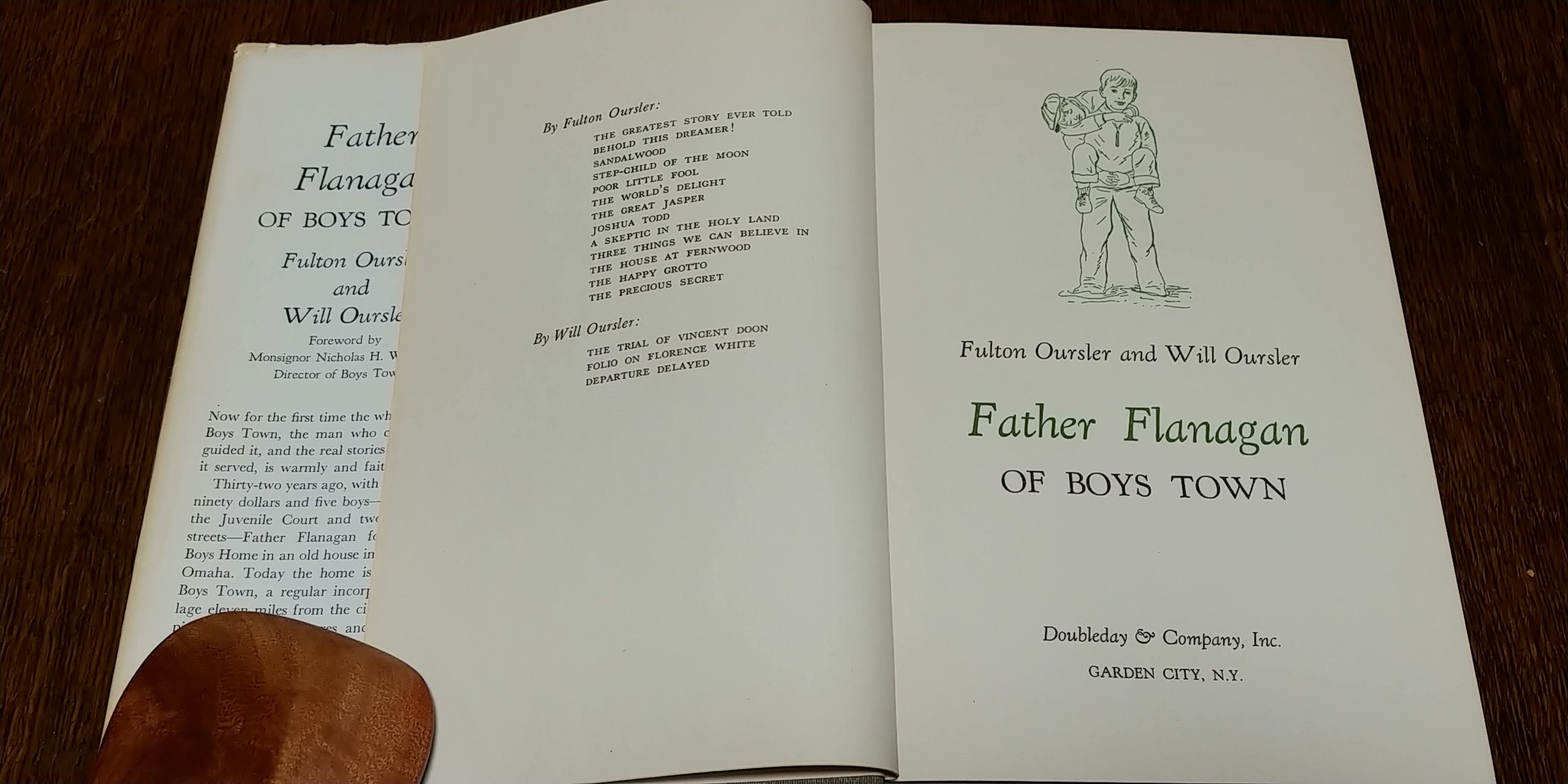 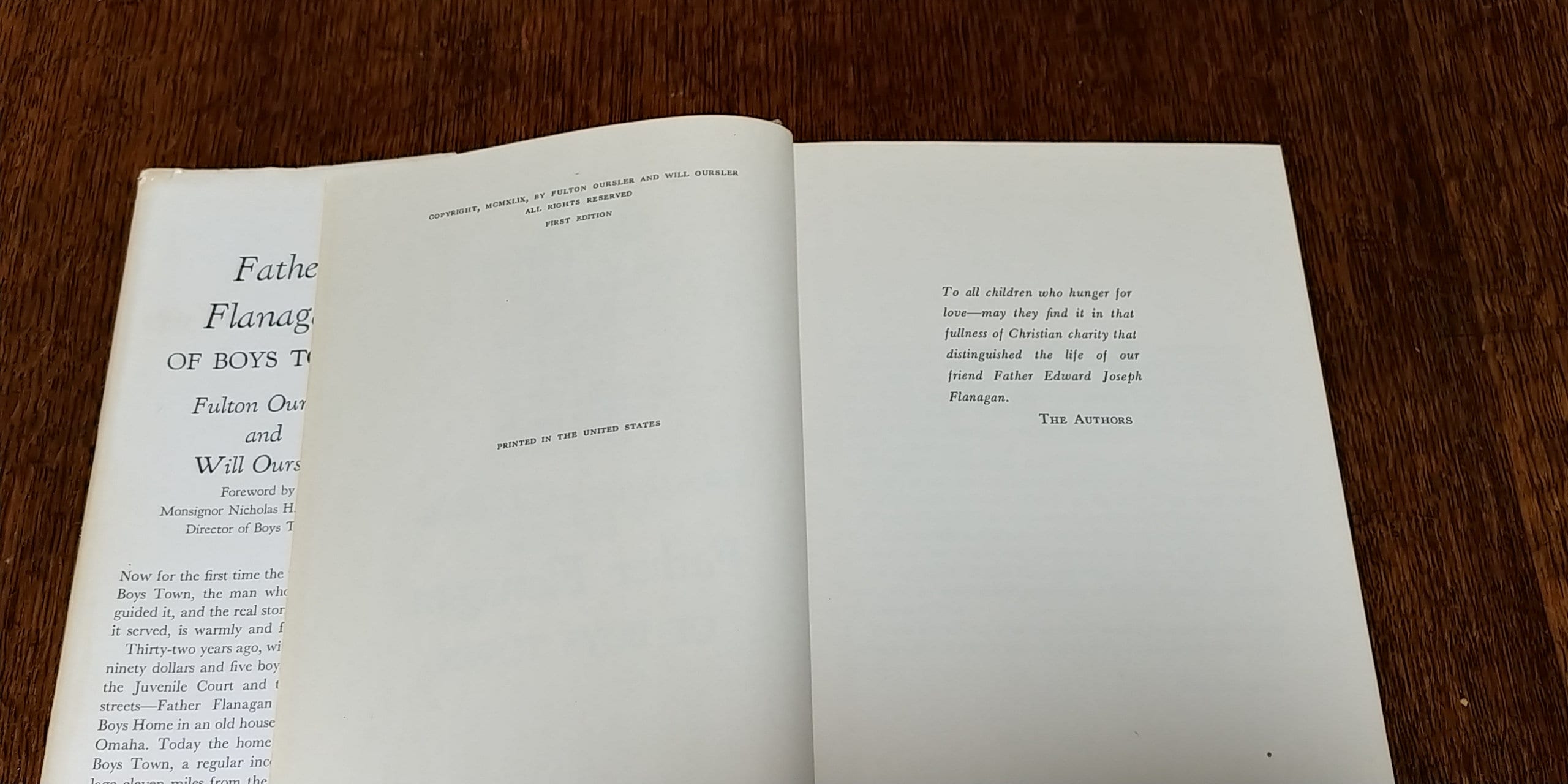 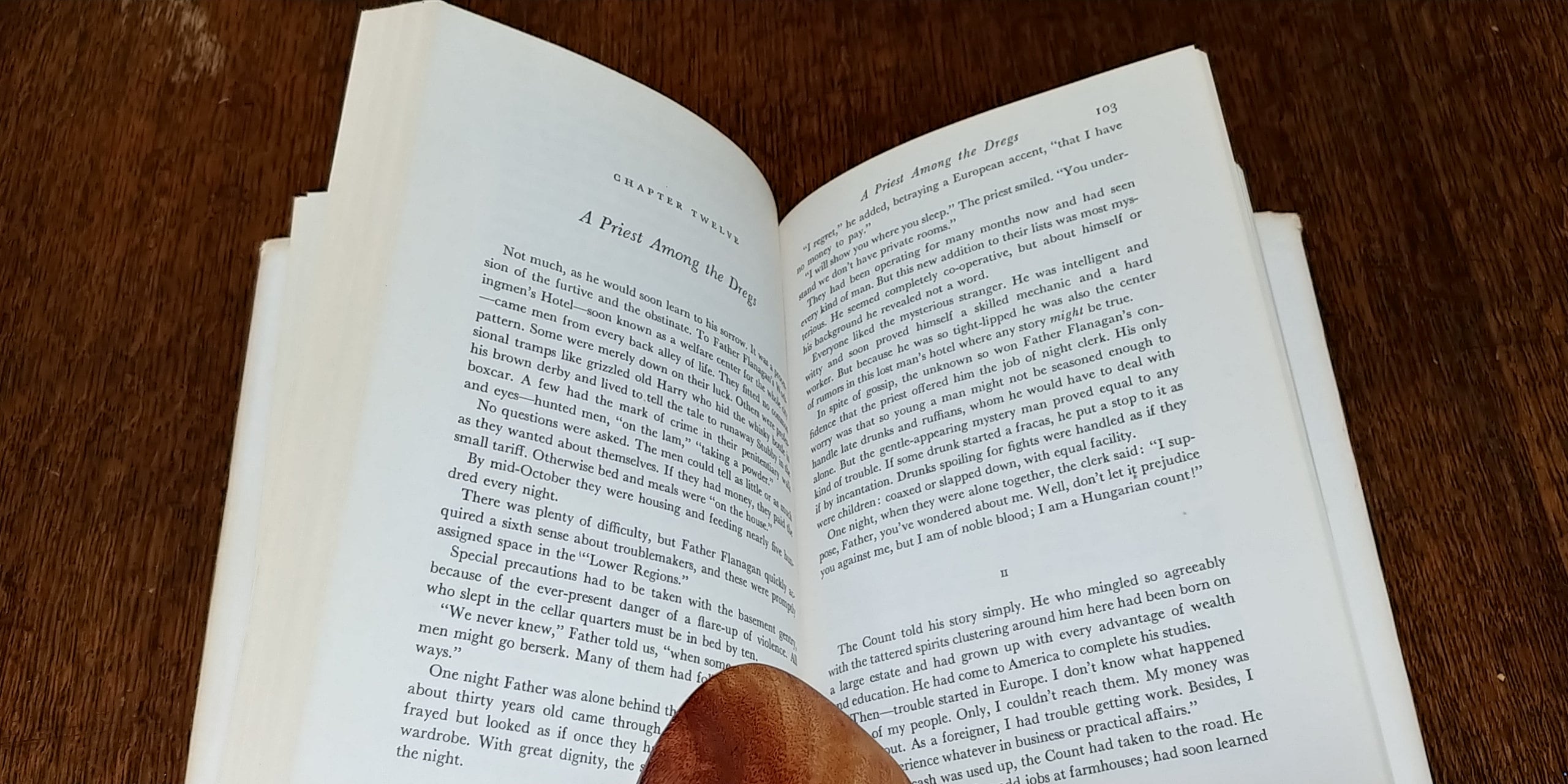 1949 first edition of Father Flanagan of Boys Town by Fulton and Will Oursler.

"Now for the first time the whole story of Boys Town, the man who created and guided it, and the real stories of the boys it served, is warmly and faithfully told.

"Thirty-two years ago, with a borrowed ninety dollars and five boys - three from the Juvenile Court and two from the streets - Father Flanagan founded his Boys Home in an old house in downtown Omaha. Today the home is located at Boys Town, a regular incorporated village eleven miles from the city. It occupies nine hundred acres and, with the new buildings just completed, cares for one thousand boys ranging in age from six to eighteen. ...

"Father Flanagan died on May 14, 1948 in Germany, where, at the request of the Army, he was establishing an organization to rehabilitate war orphans, as he had done in Japan and in the Philippines at the request of General MacArthur. Boys Town is his monument, a tribute to a man who believed there were no bad boys, who believed any boy could be saved for himself and the community if given the proper understanding, training, food, shelter, security, and love. ..."

Condition*: Near Fine/Good. Dust jacket: Chipped and creased at head and tail of spine; open tear front, top edge near spine; bumped corners; faint dampstains on the back; edge wear.