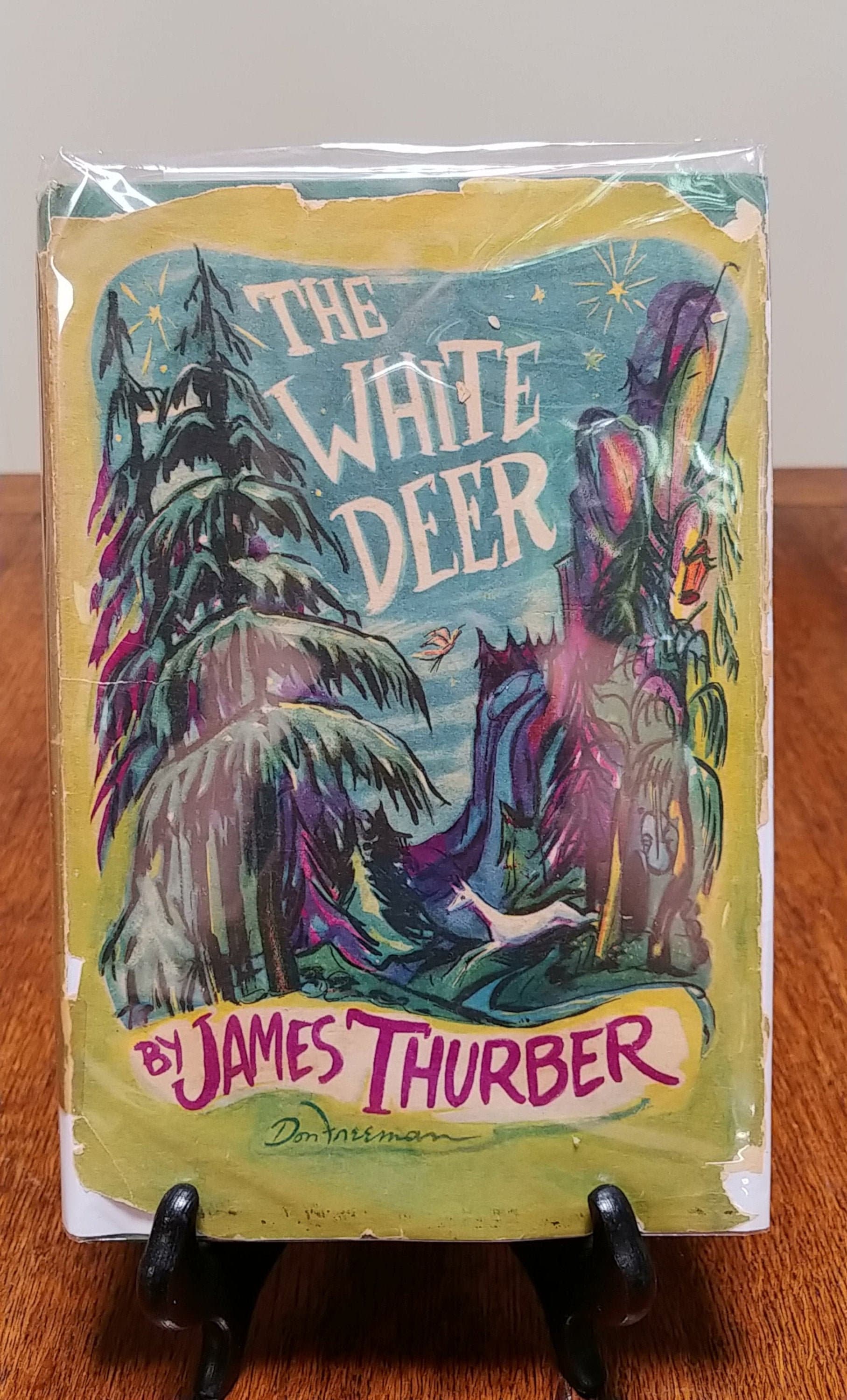 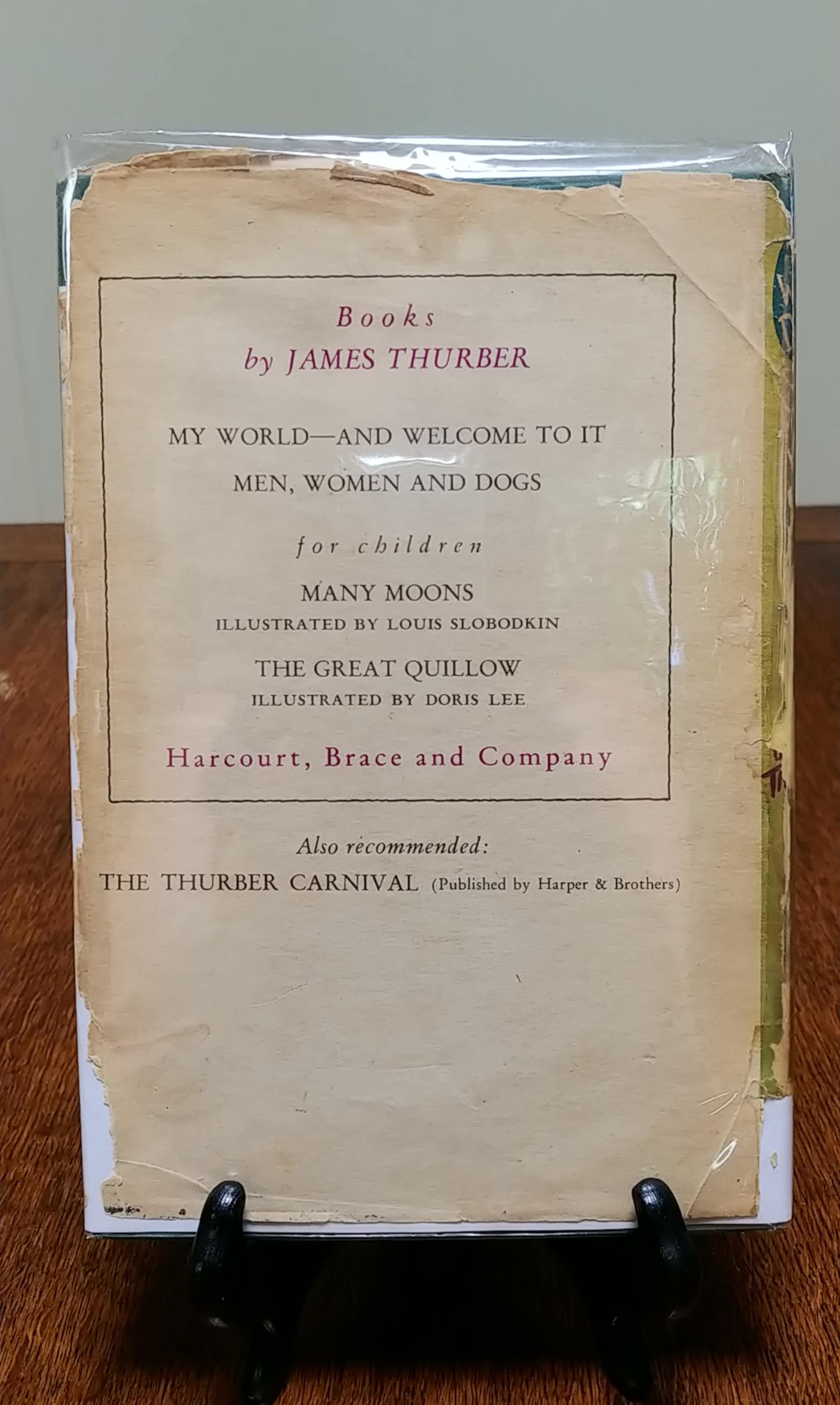 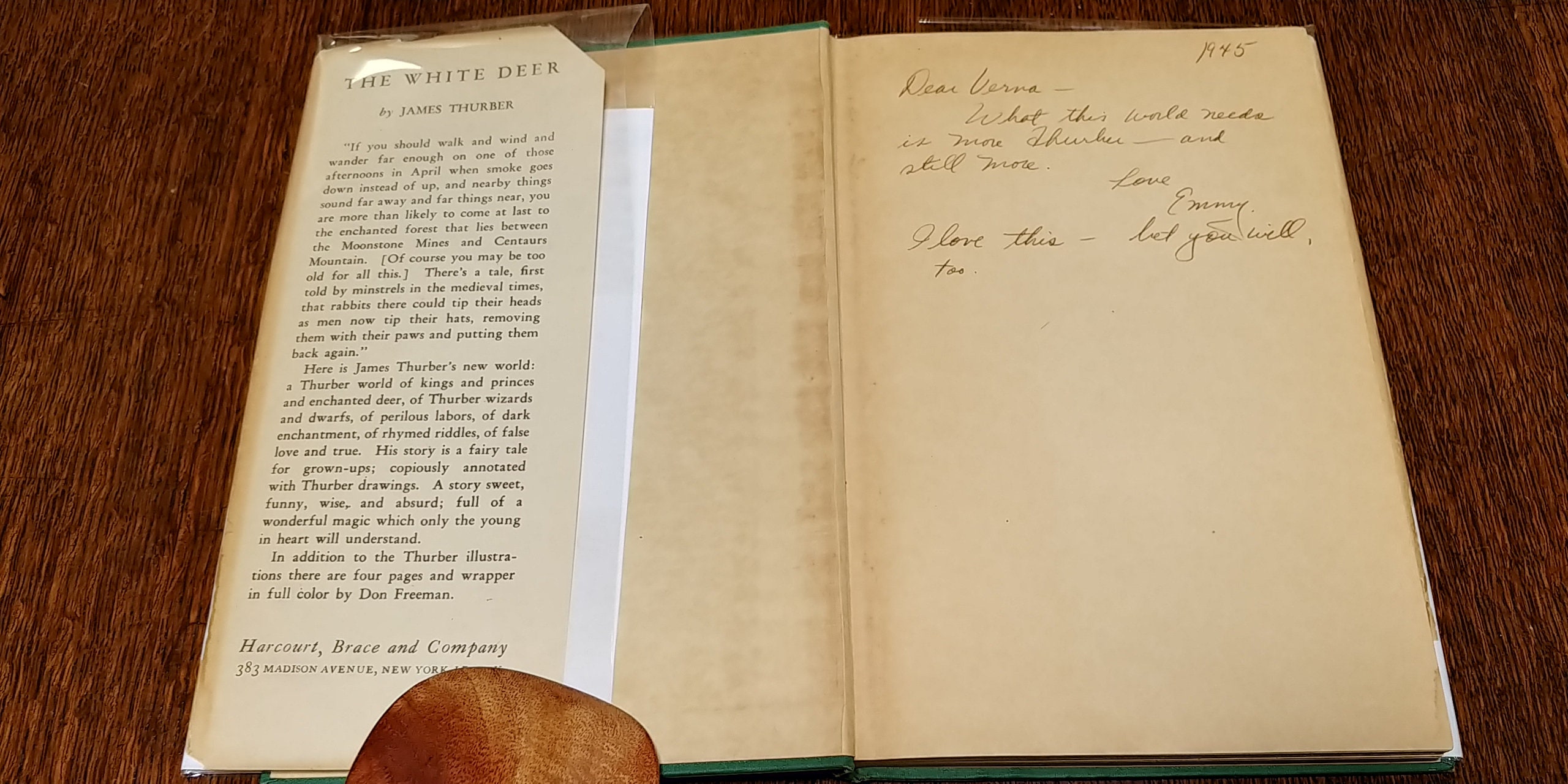 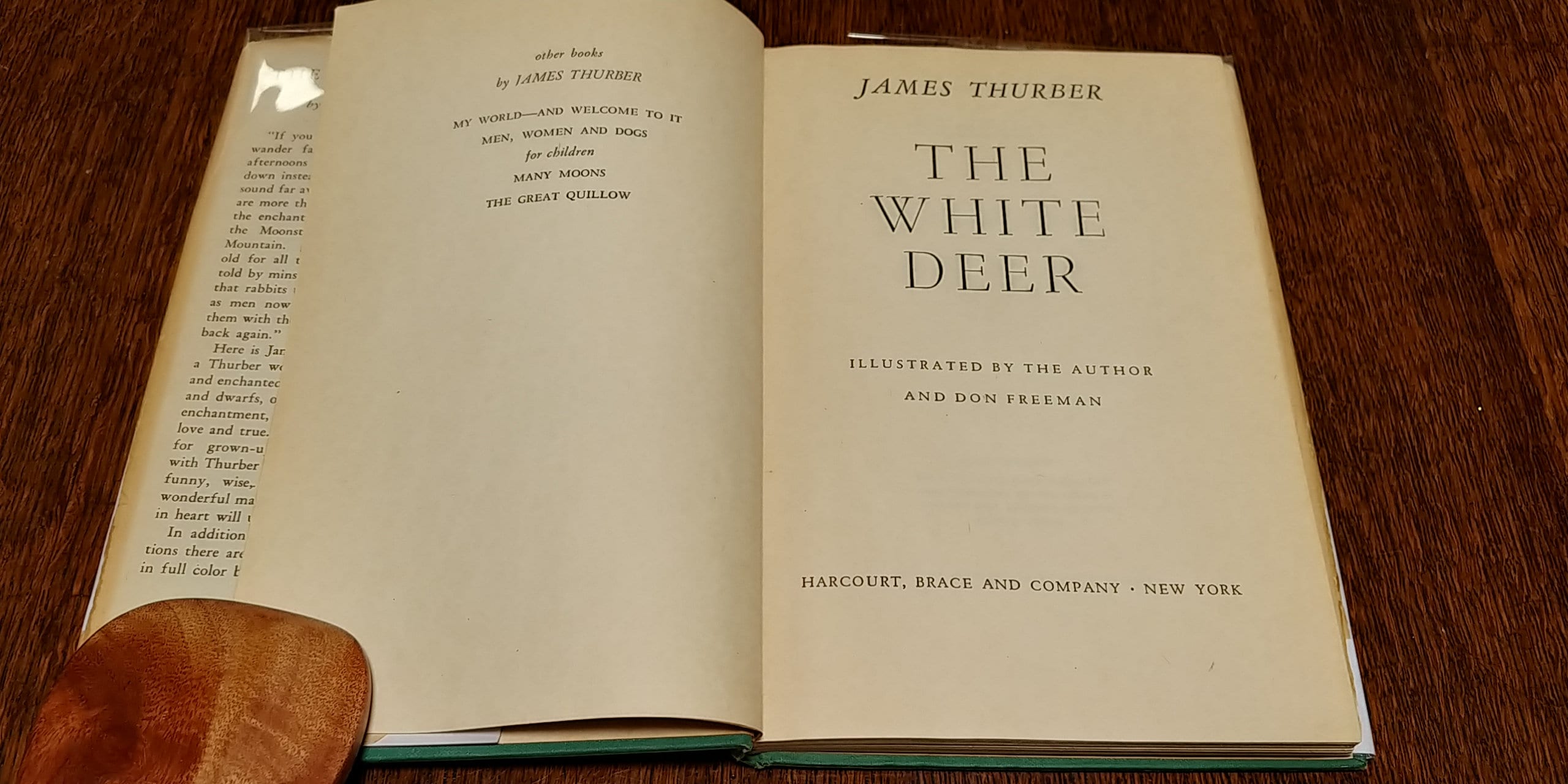 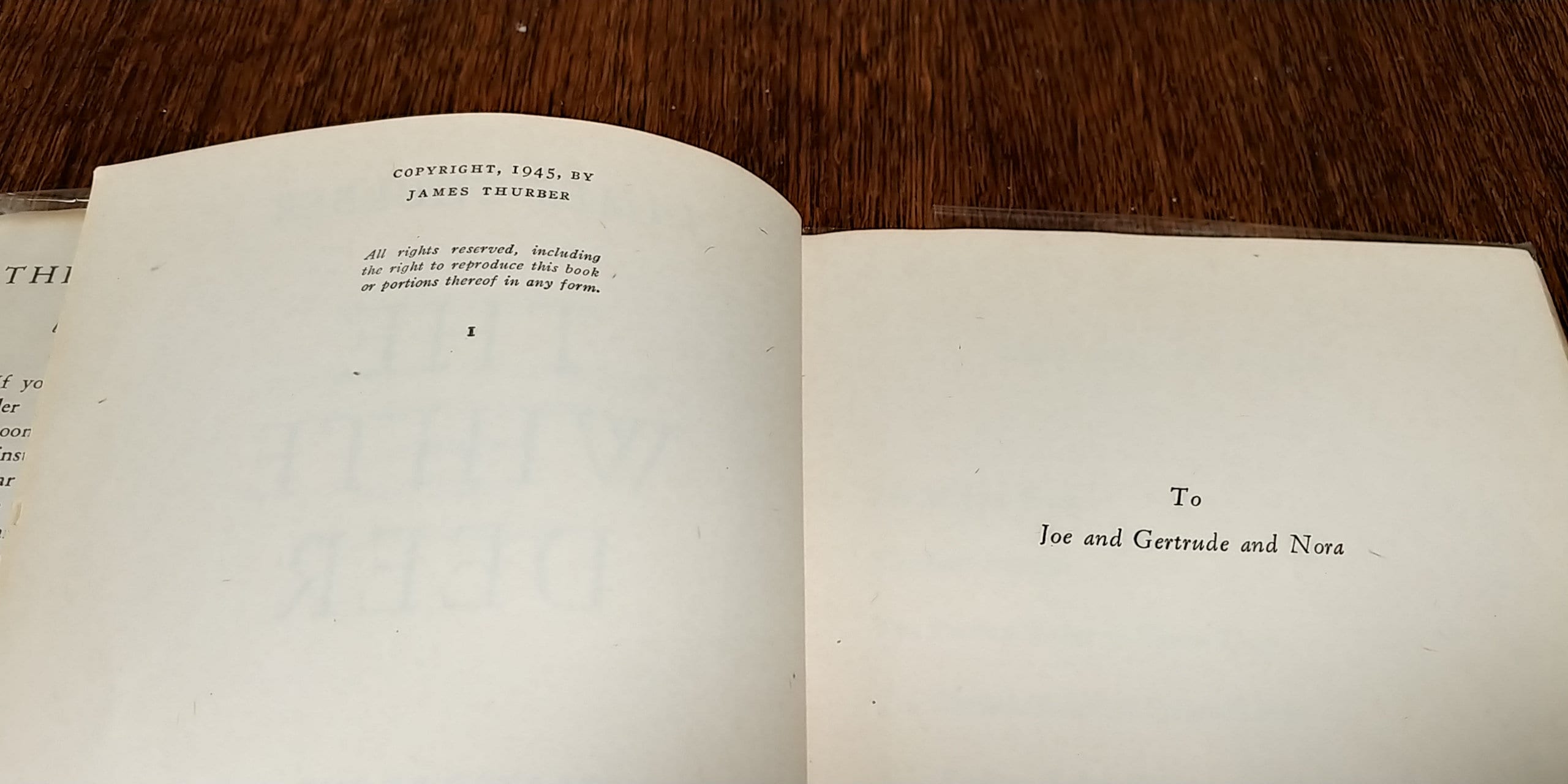 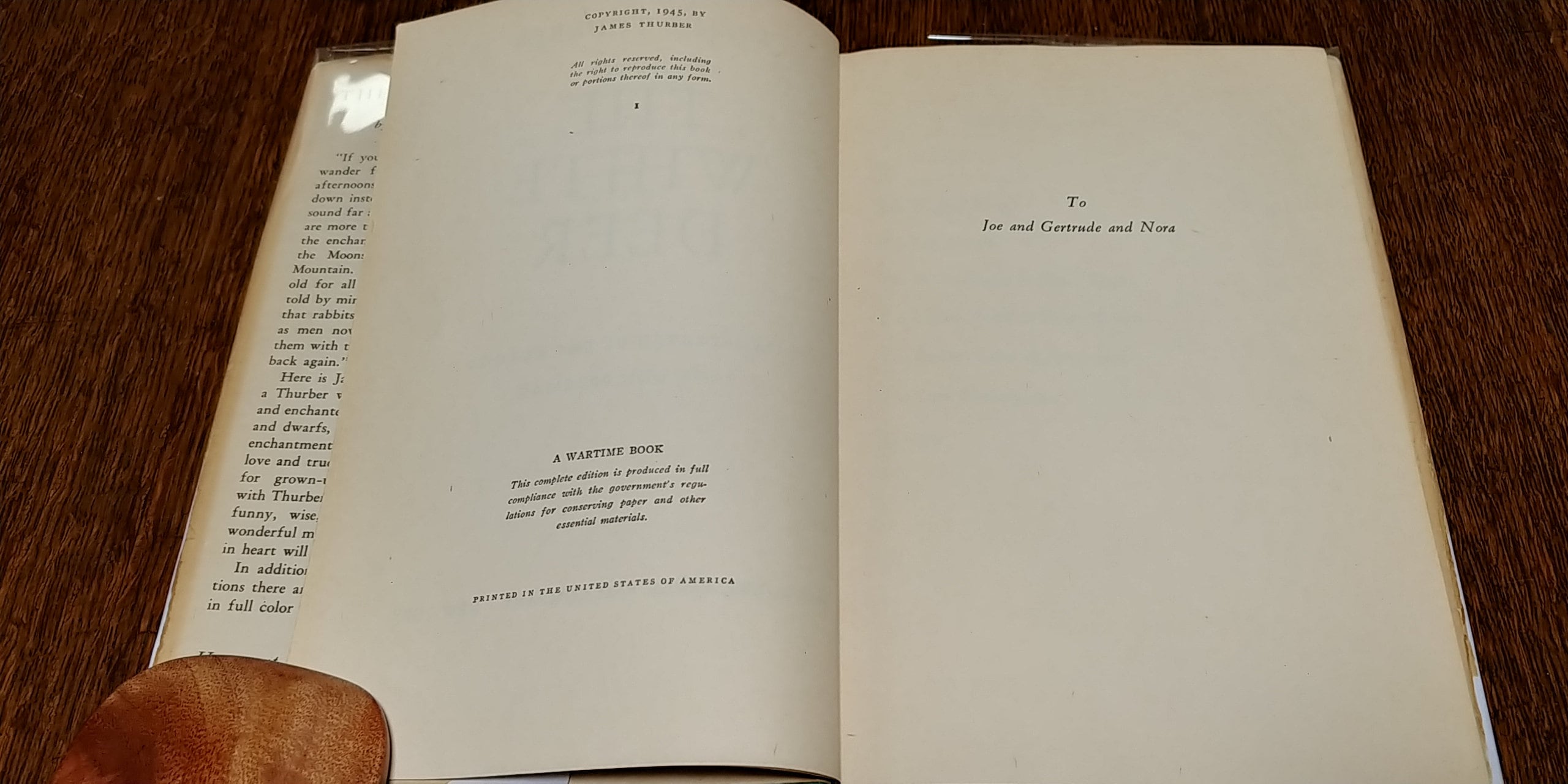 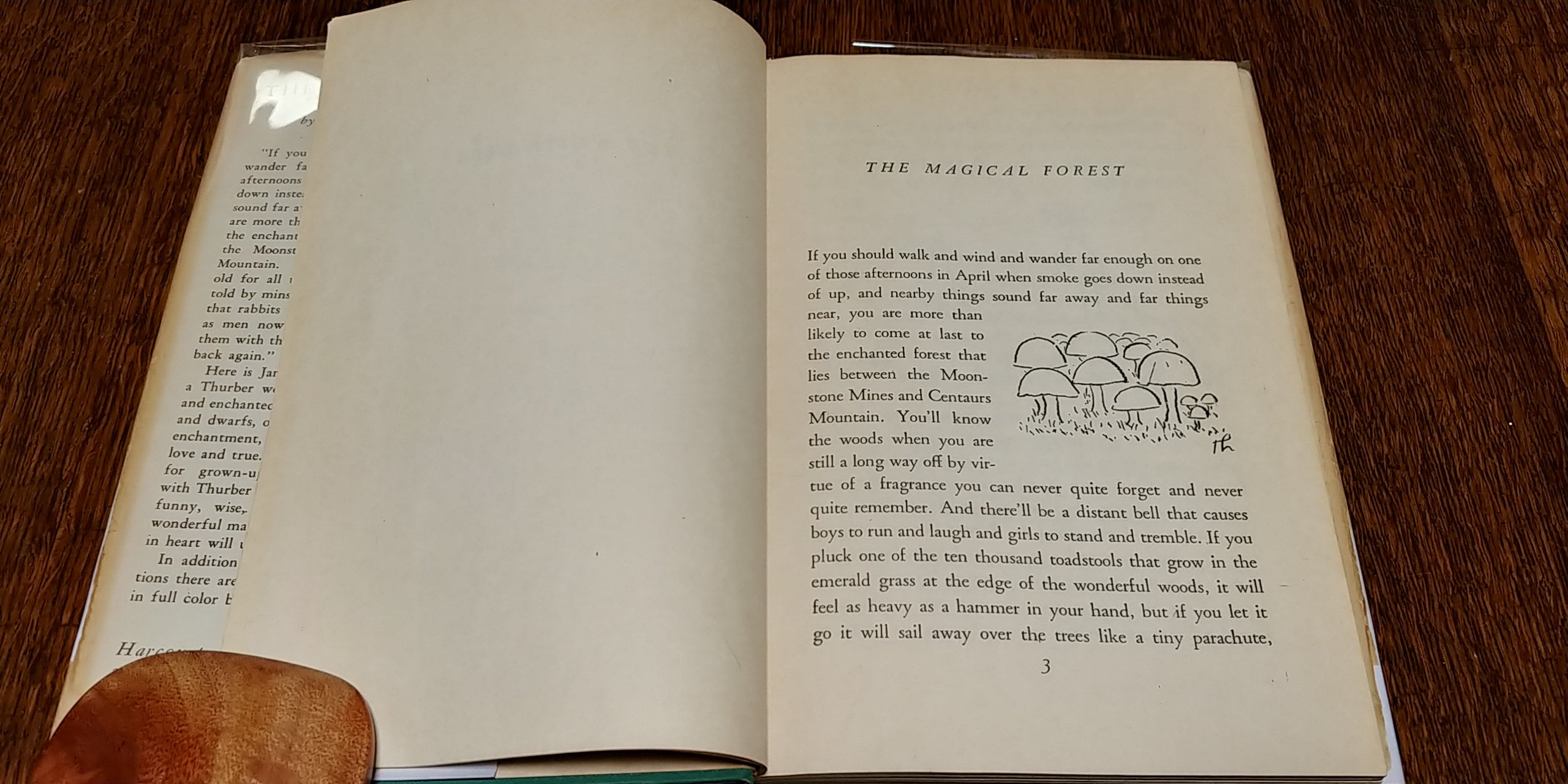 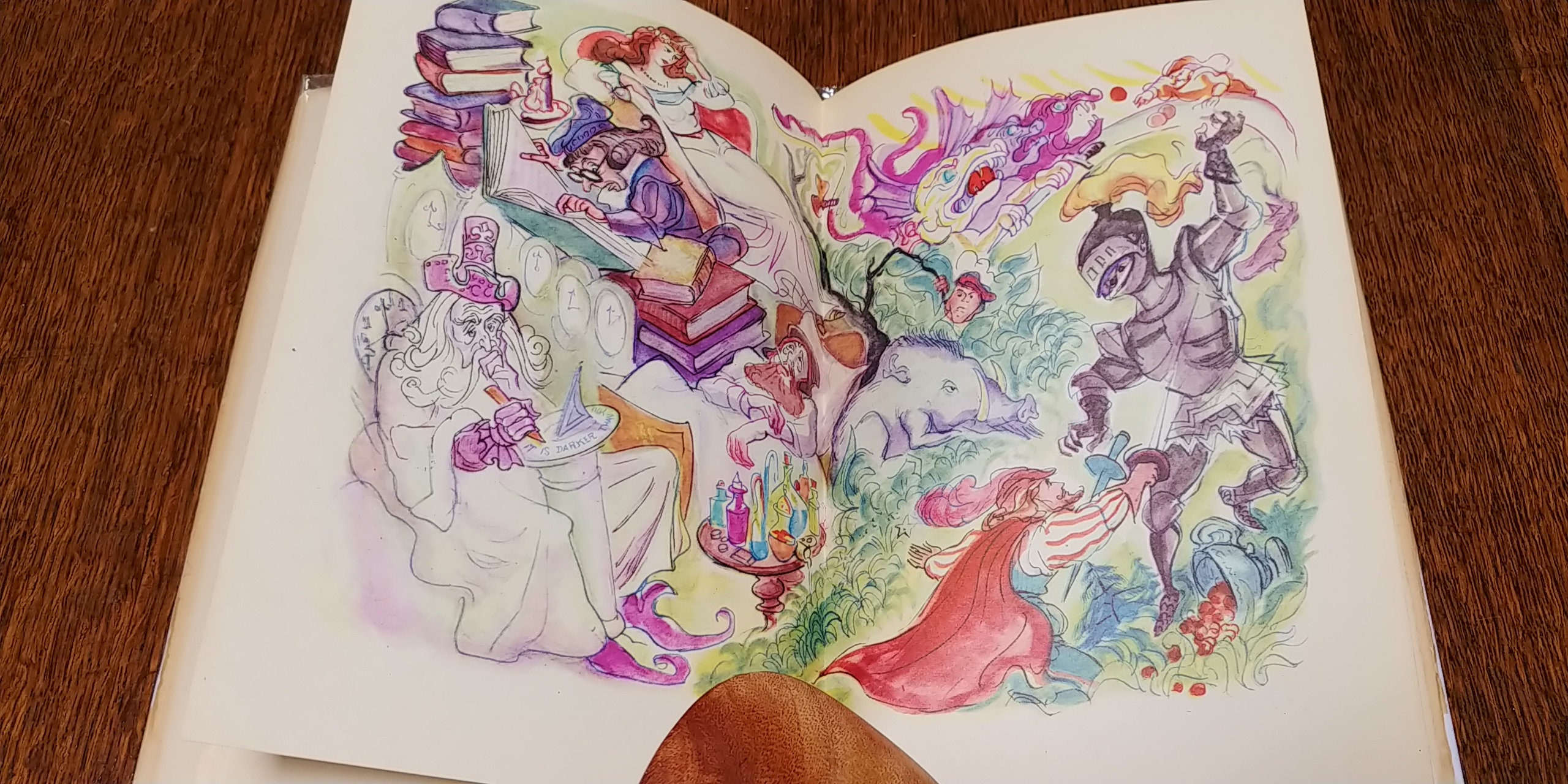 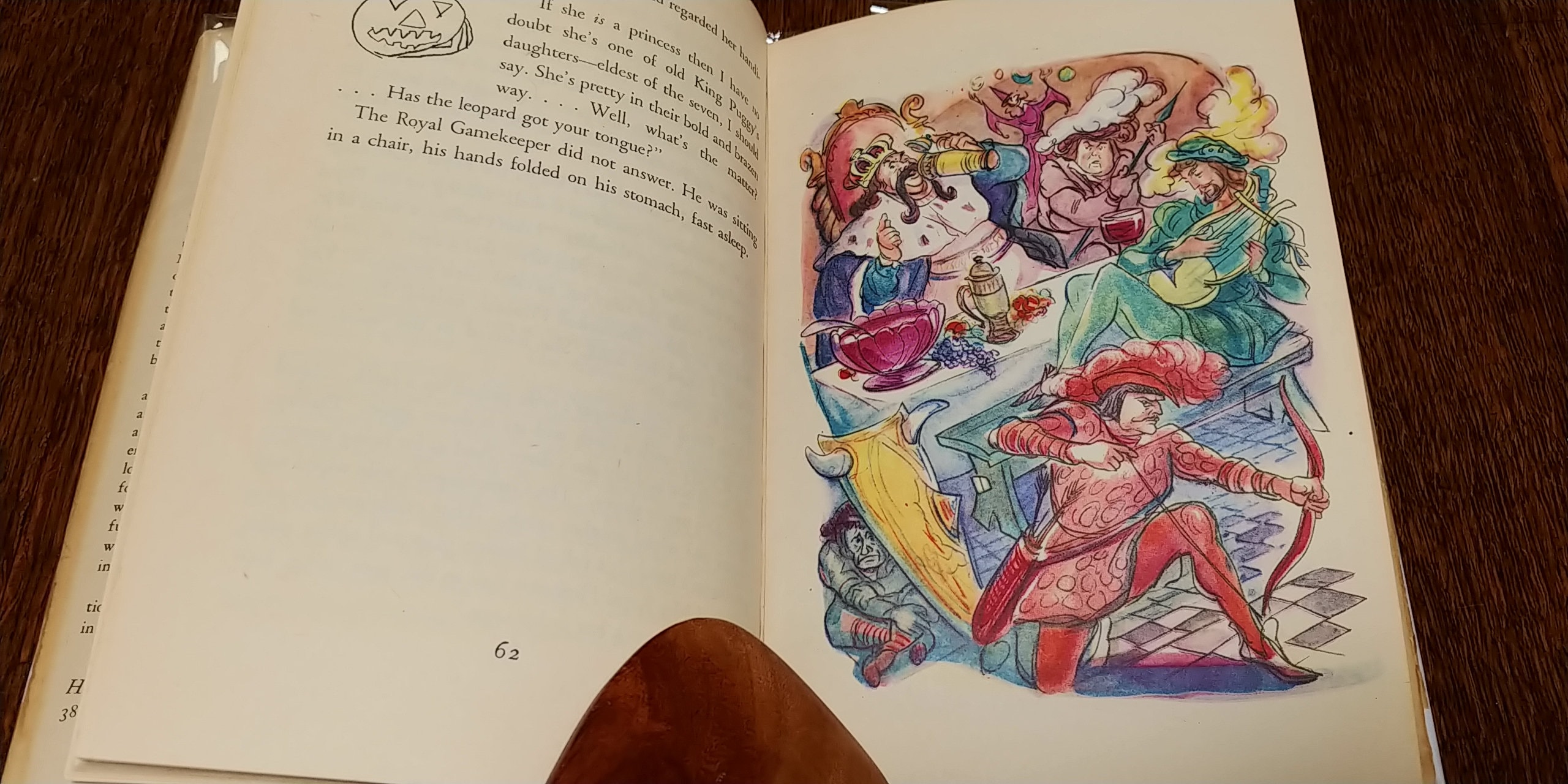 1945 first edition of The White Deer by James Thurber, a story of magic for the young at heart.

"Here is James Thurber's new world: a Thurber world of kings and princes and enchanted deer, of Thurber wizards and dwarfs, of perilous labors, of dark enchantment, of rhymed riddles, of fals love and true. His story is a fairy tale for grown-ups; copiously annotated with Thurber drawings. A story sweet, funny, wise, and absurd; full of a wonderful magic which only the young in heart will understand."

"If you should walk and wind and wander far enough on one of those afternoons in April when smoke goes down instead of up, and nearby things sound far away and far things near, you are more than likely to come at last to the enchanted forest that lies between the Moonstone Mines and Centaurs Mountain. You'll know the woods when you are still a long way off by virtue of a fragrance you can never quite forget and never quite remember. And there'll be a distant bell that causes boys to run and laugh and girls to stand and tremble. If you pluck one of the ten thousand toadstools that grow in the emerald grass at the edge of the wonderful woods, it will feels as heavy as a hammer in your hand, but if you let it go it will sail away over the trees like a tiny parachute, trailing black and purple stars."

James Thurber (1894 - 1961), an American author, humorist, playwright, and cartoonist, was one of the more influential literary figures of the 20th century, remembered most as a humorist. In addition to The White Deer, his other books for children are Many Moons (condensed as The Princess Who Wanted the Moon), The Great Quillow, The 13 Clocks, and The Wonderful O.

Condition*: Near Fine/Poor. During WW II, many books were constructed less expensively with lower quality papers. As a wartime book, the dust jacket is disintegrating and held together in a mylar sleeve; chipped at edges; open tears at head and tail of spine; dampstain near head of spine; front and back flaps are detached. Book is printed on off-white paper (as opposed to tanned pages). Endearing gift inscription on front endpaper, dated 1945.