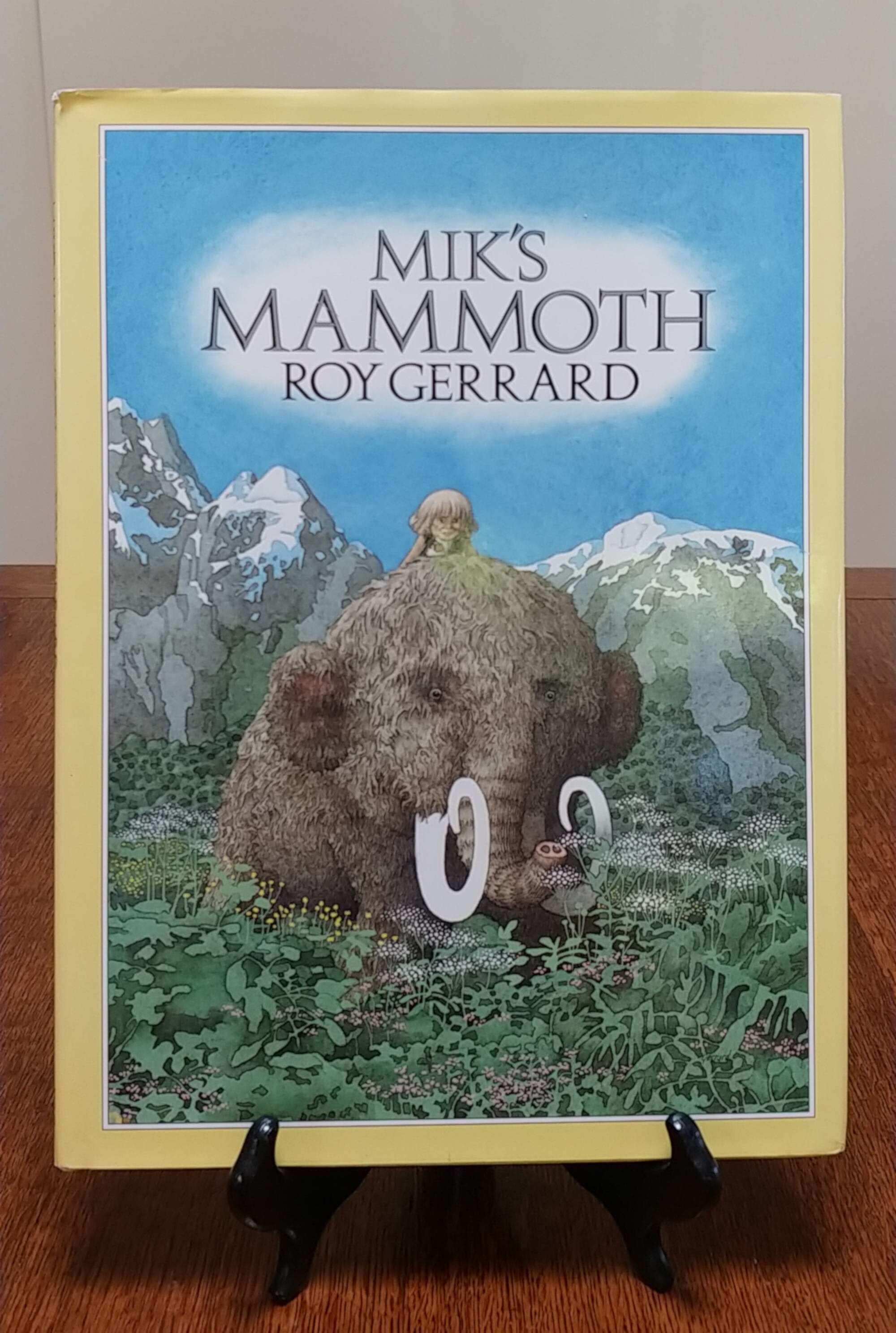 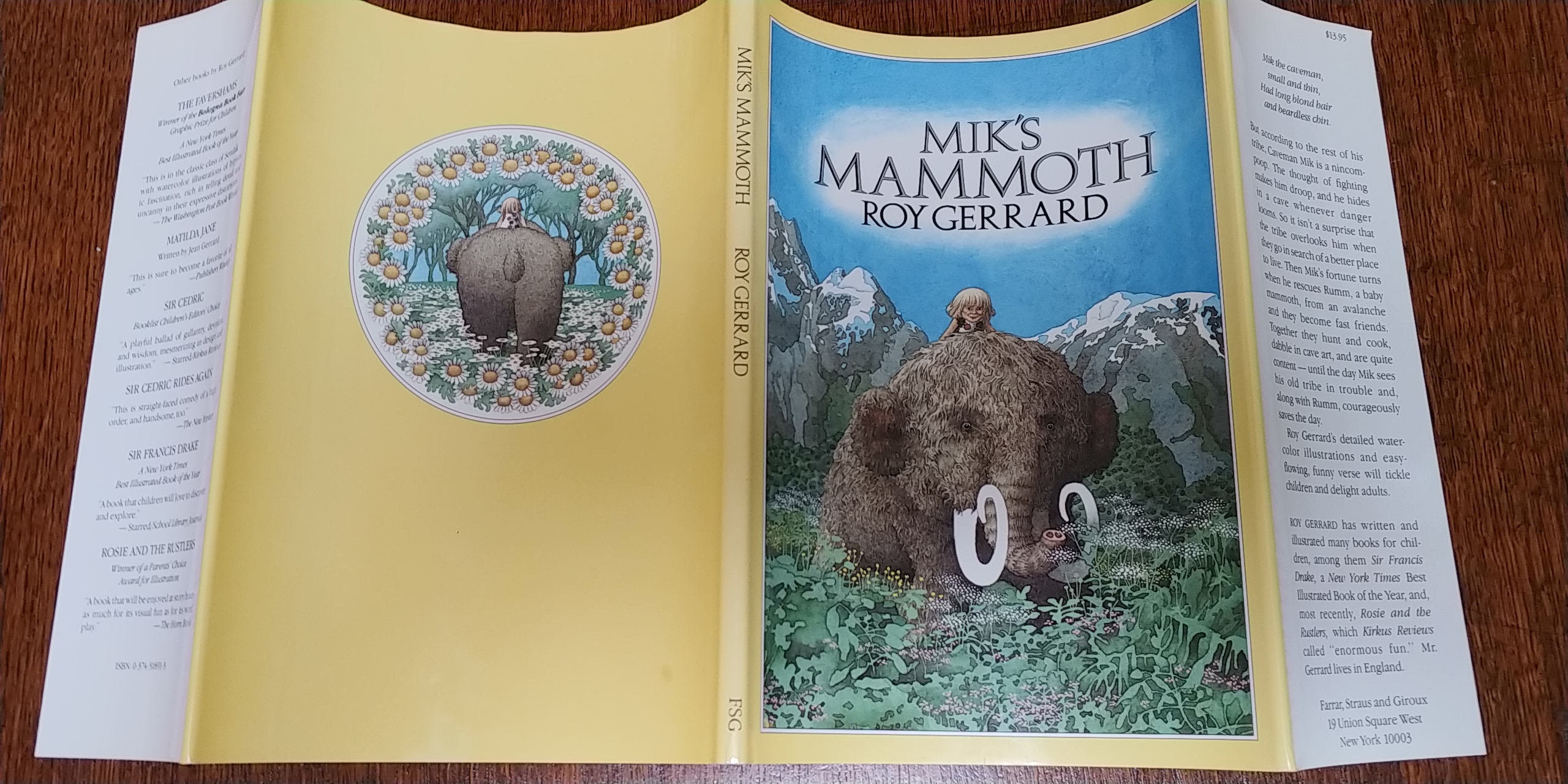 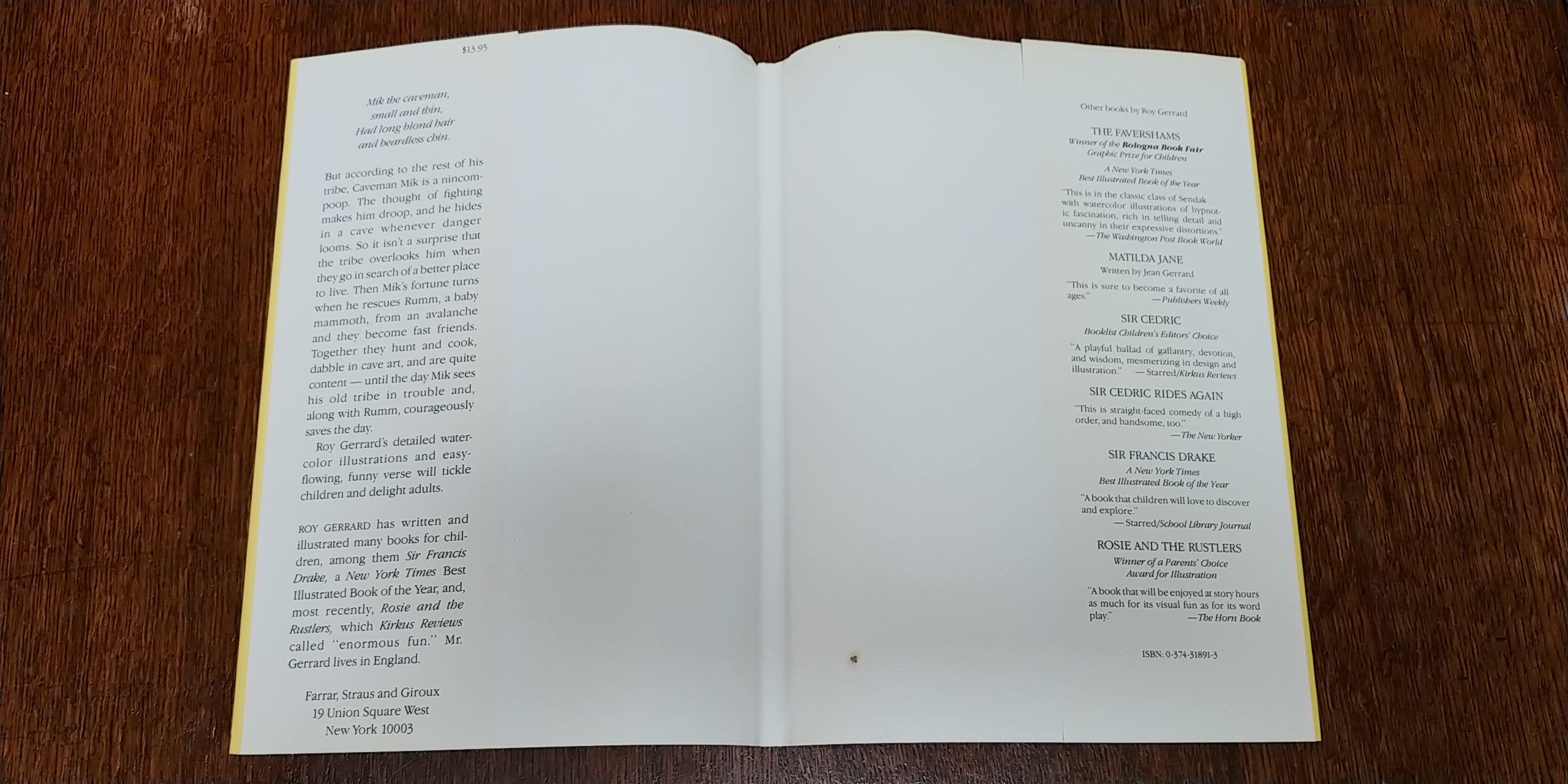 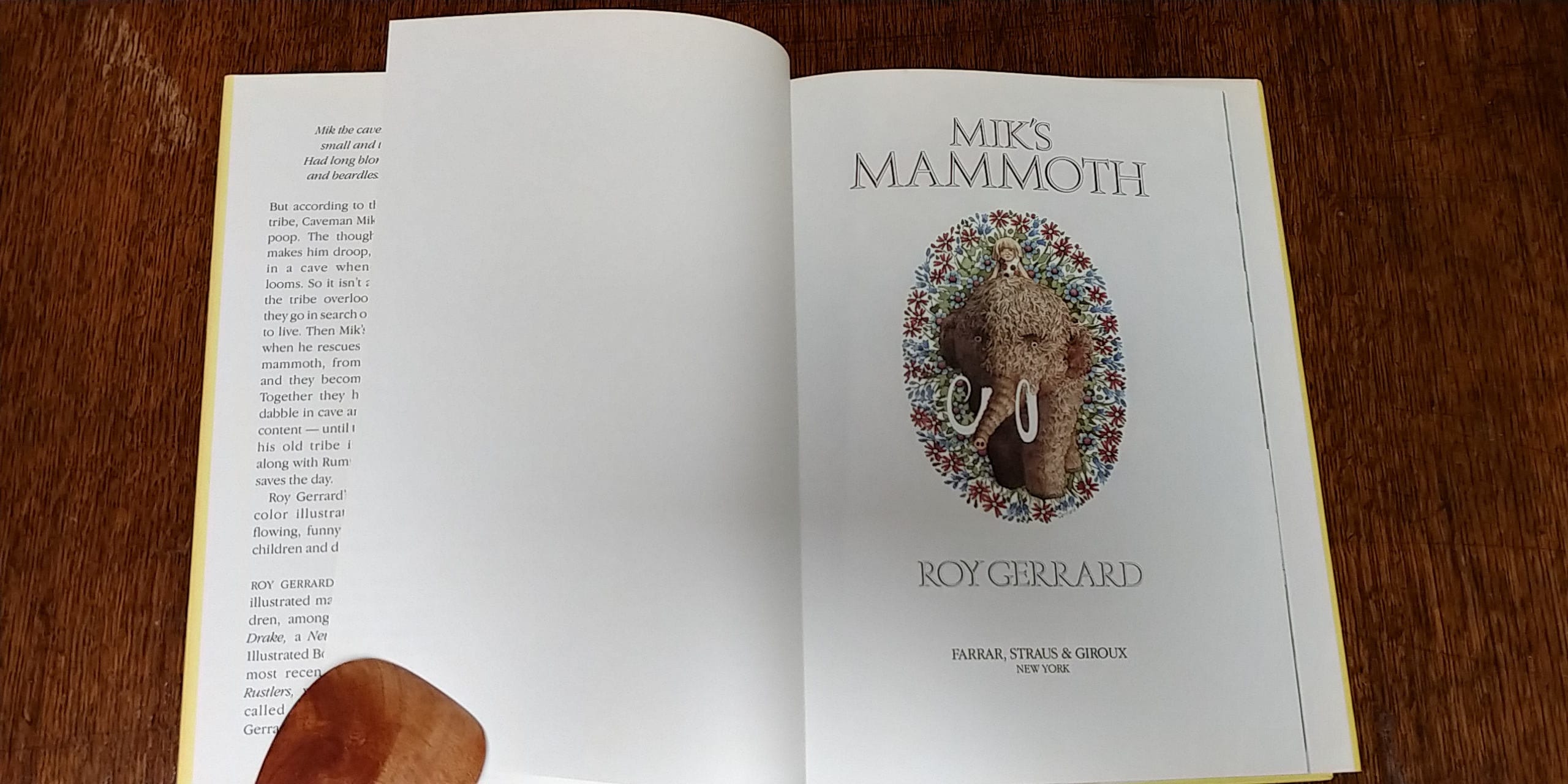 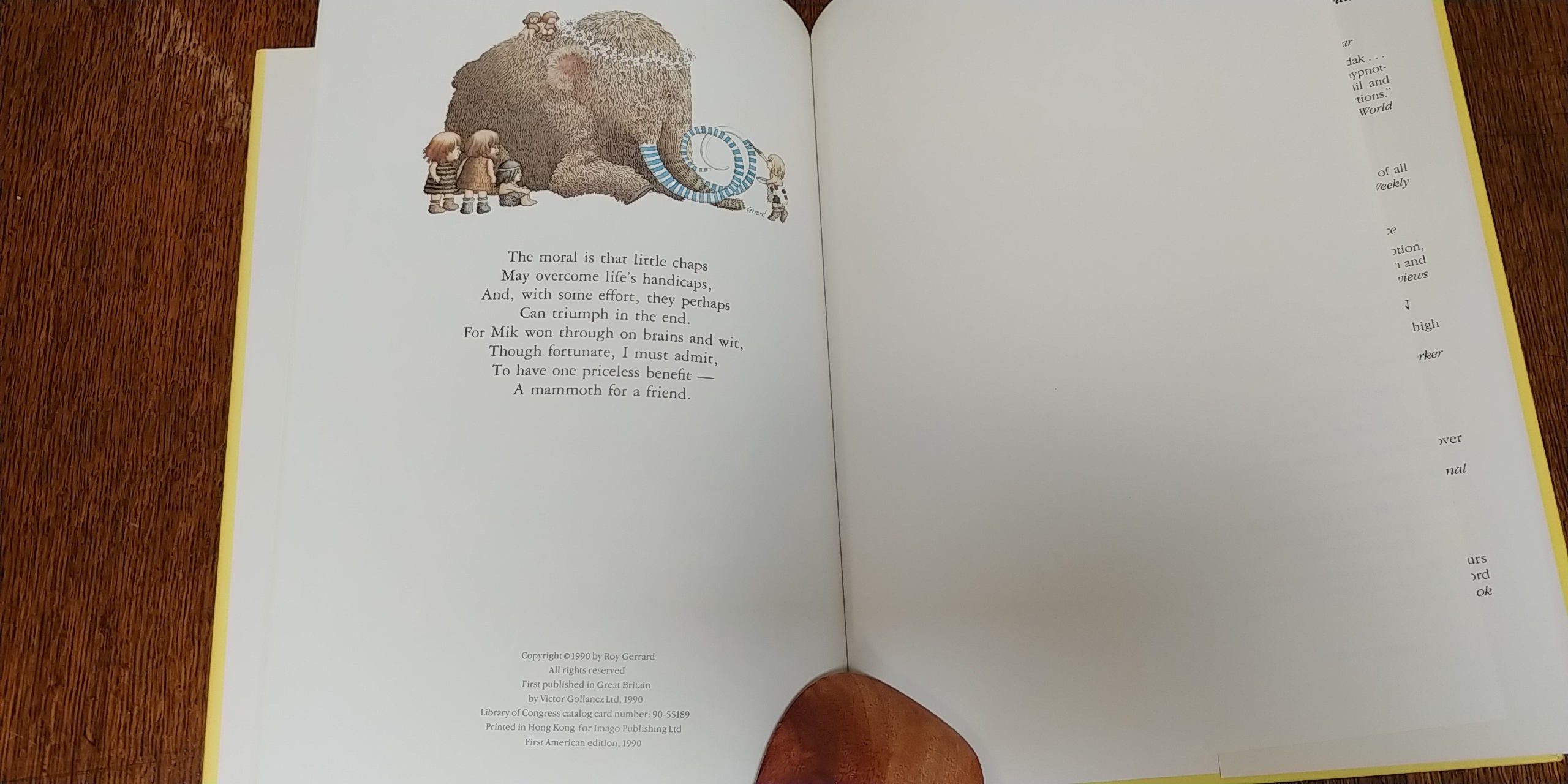 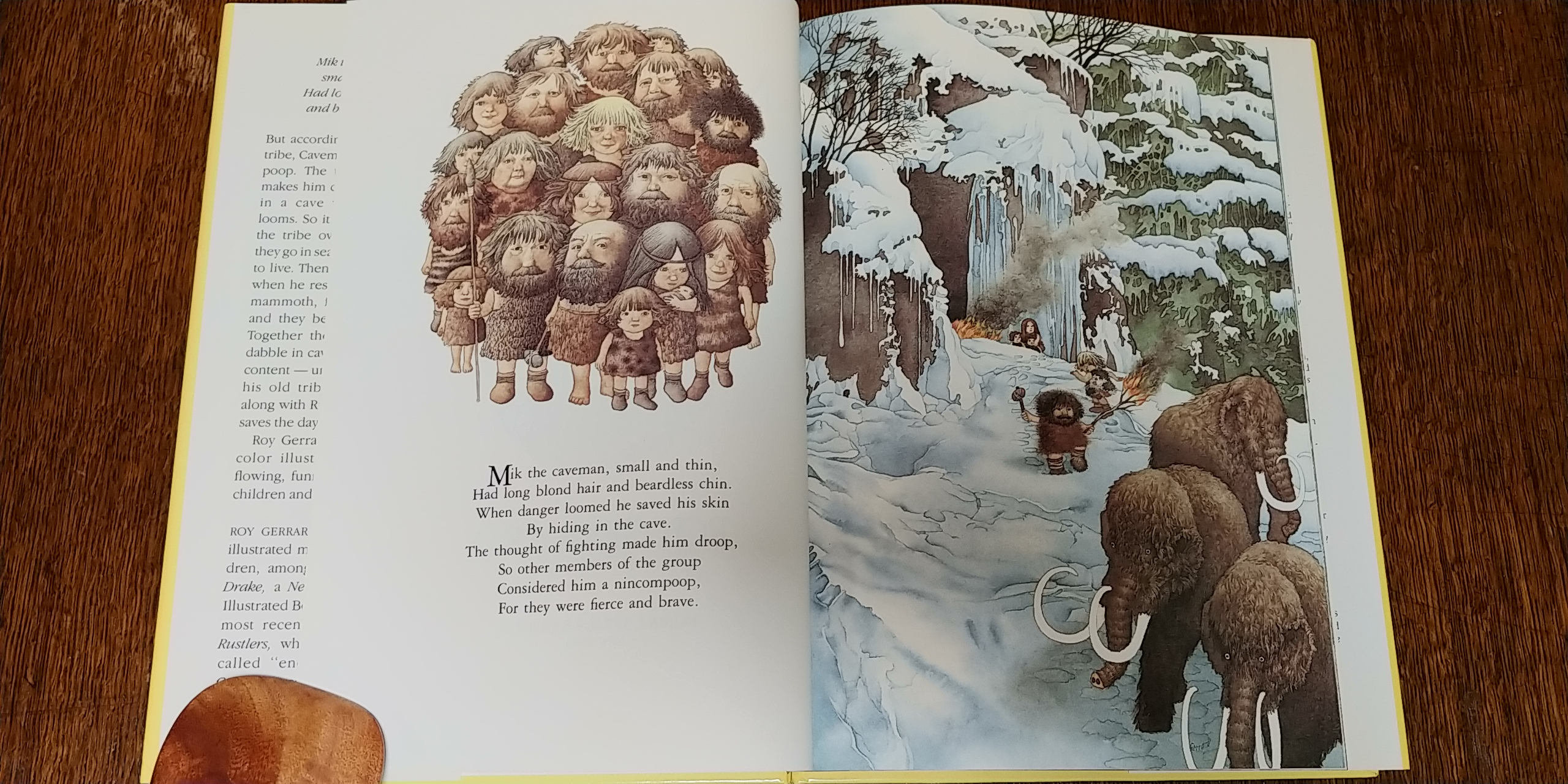 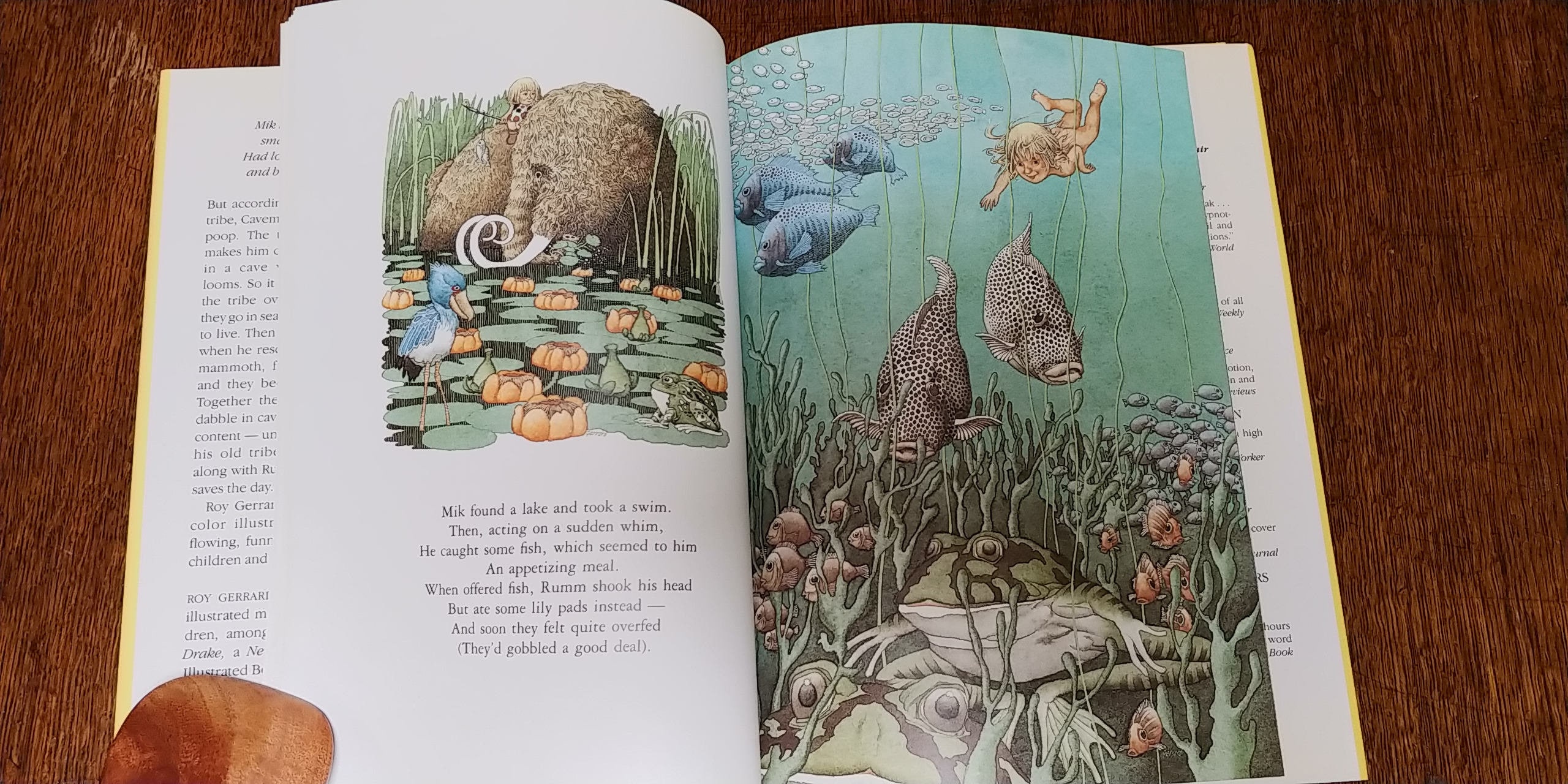 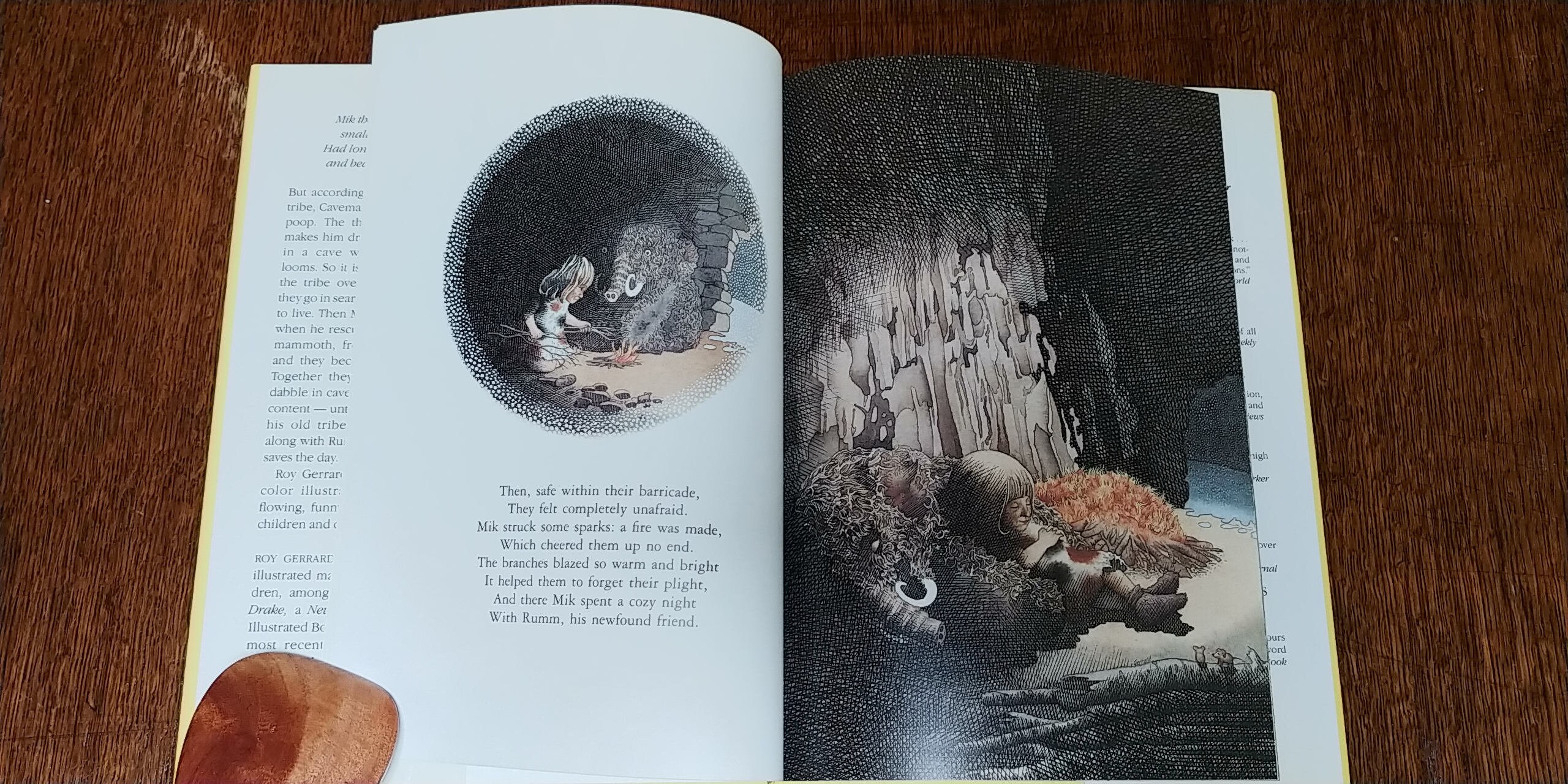 First American edition of Mik's Mammoth by Roy Gerrard, the story of Mik the caveman and his friend, the mammoth.

I've enjoyed the late Roy Gerrard's (1935 - 1997) unique and charming books since I first read Rosie and The Rustlers. The Favershams was his first book and its' success encouraged many more, including Mik's Mammoth, Sir Cedric Rides Again, Sir Francis Drake, and Wagons West!

"Mik the caveman, small and thin,
Had long blond hair and beardless chin.
When danger loomed h saved his skin
By hiding in the cave.
The though of fighting made him droop,
So other members of the group
Considered him a nincompoop,
For they were fierce and brave."

One thing leads to another, and...

"The moral is that little chaps
May overcome life's handicaps,
And, with some effort, they perhaps
Can triumph in the end.
"For Mik won through on brains and wit,
Though fortunate, I must admit,
To have one priceless benefit -
A mammoth for a friend."

Condition*: Fine/Near Fine. Dust jacket: tiny closed tear at the head of the spine; very small round stain on the back.