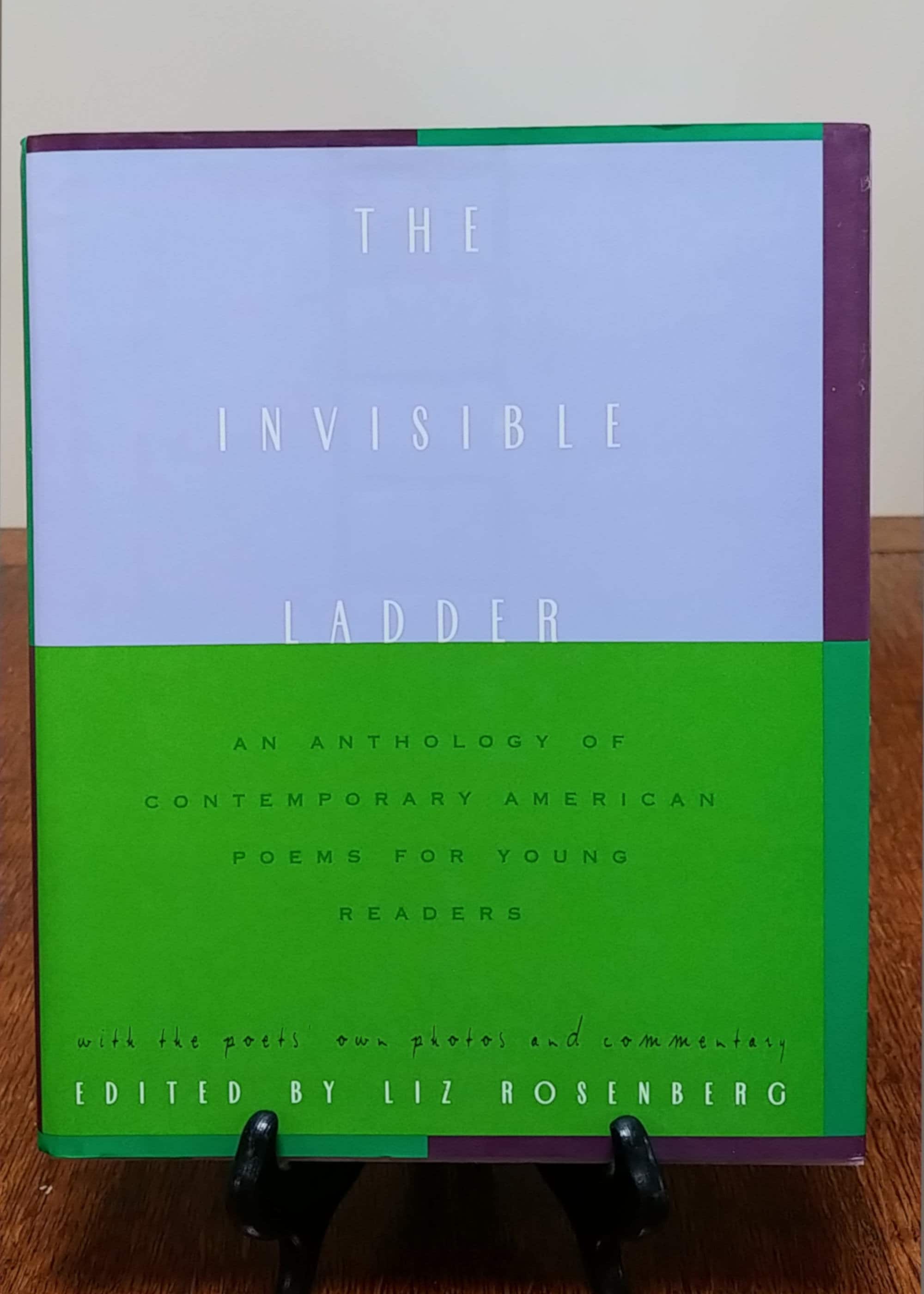 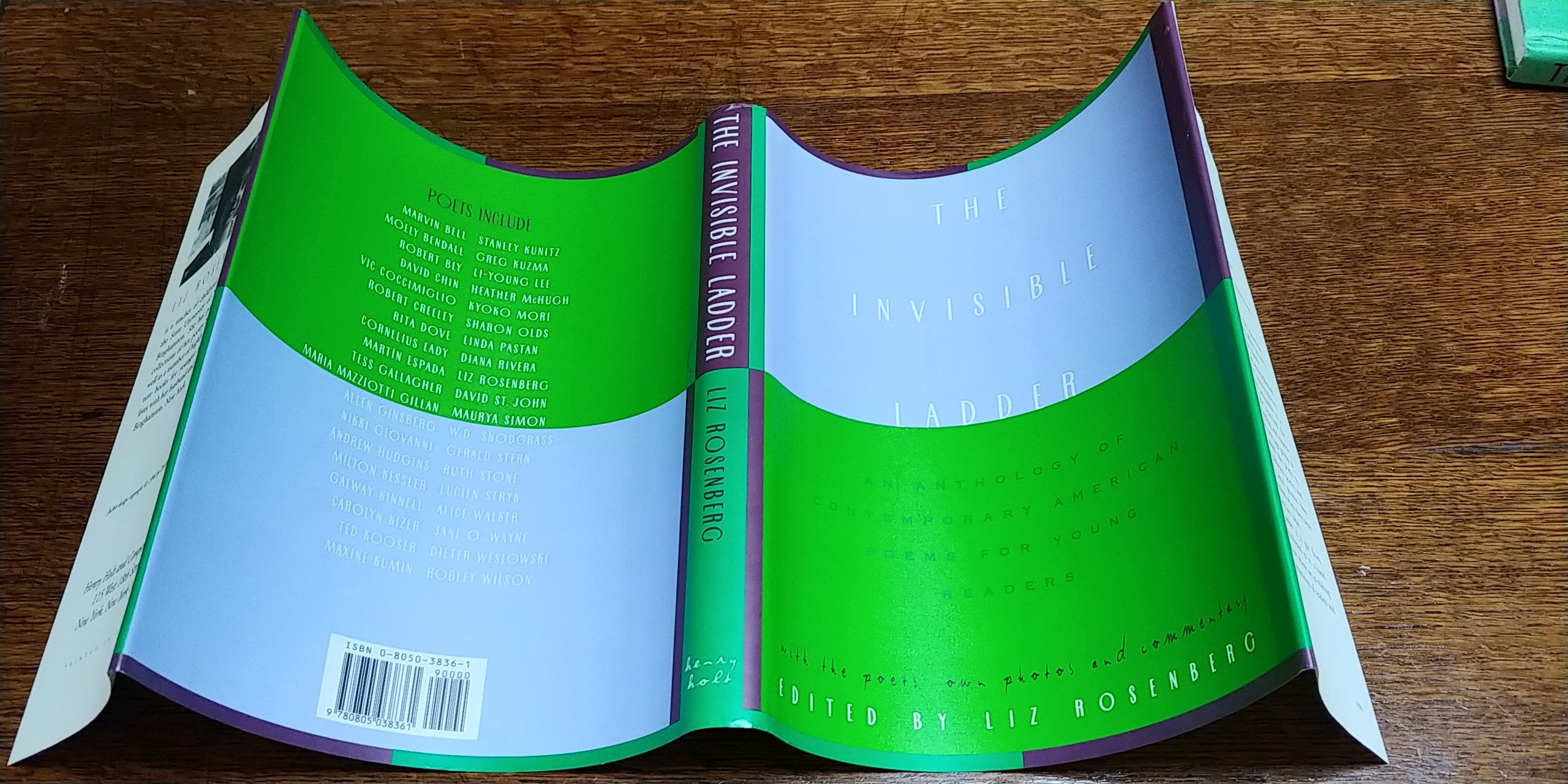 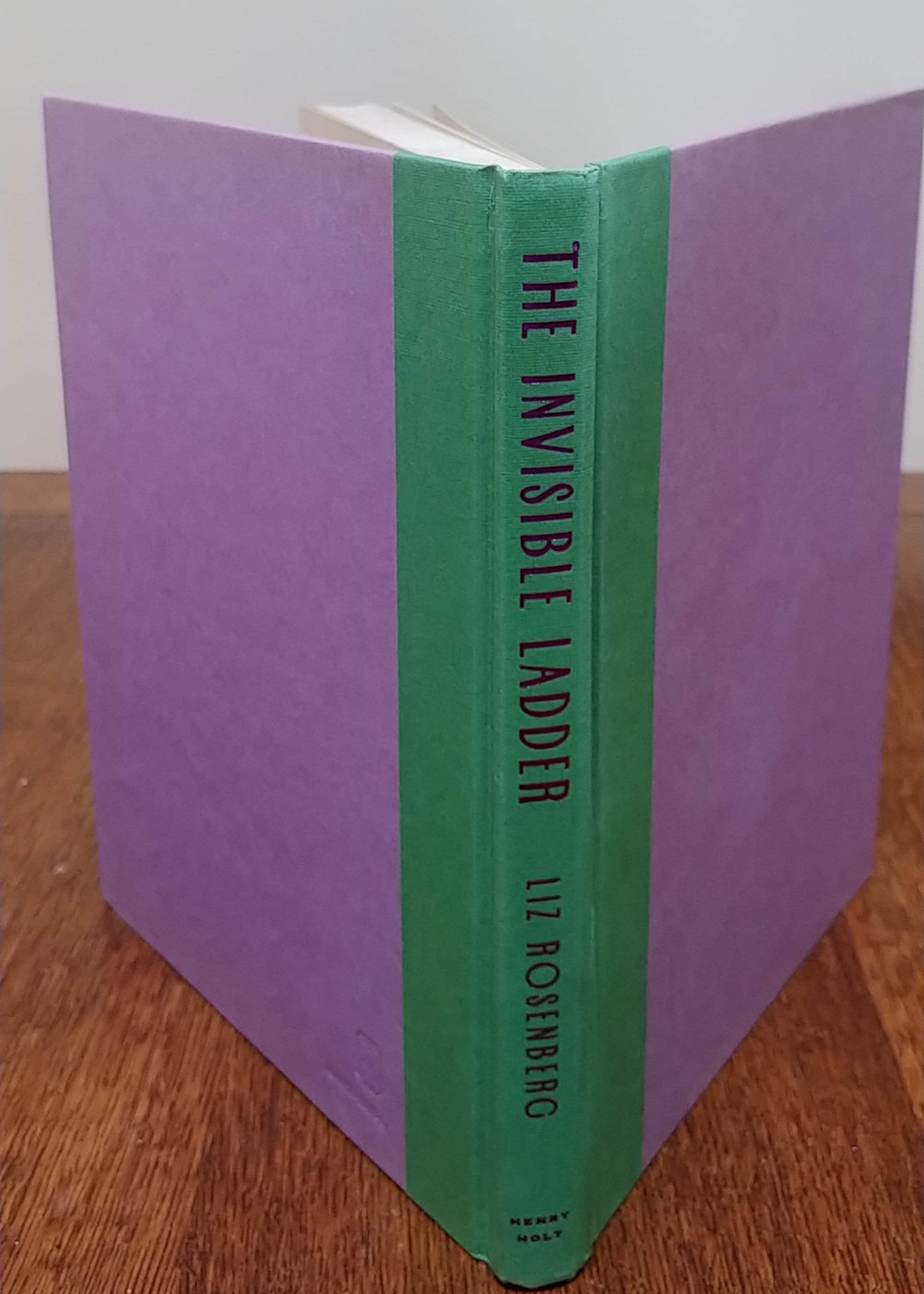 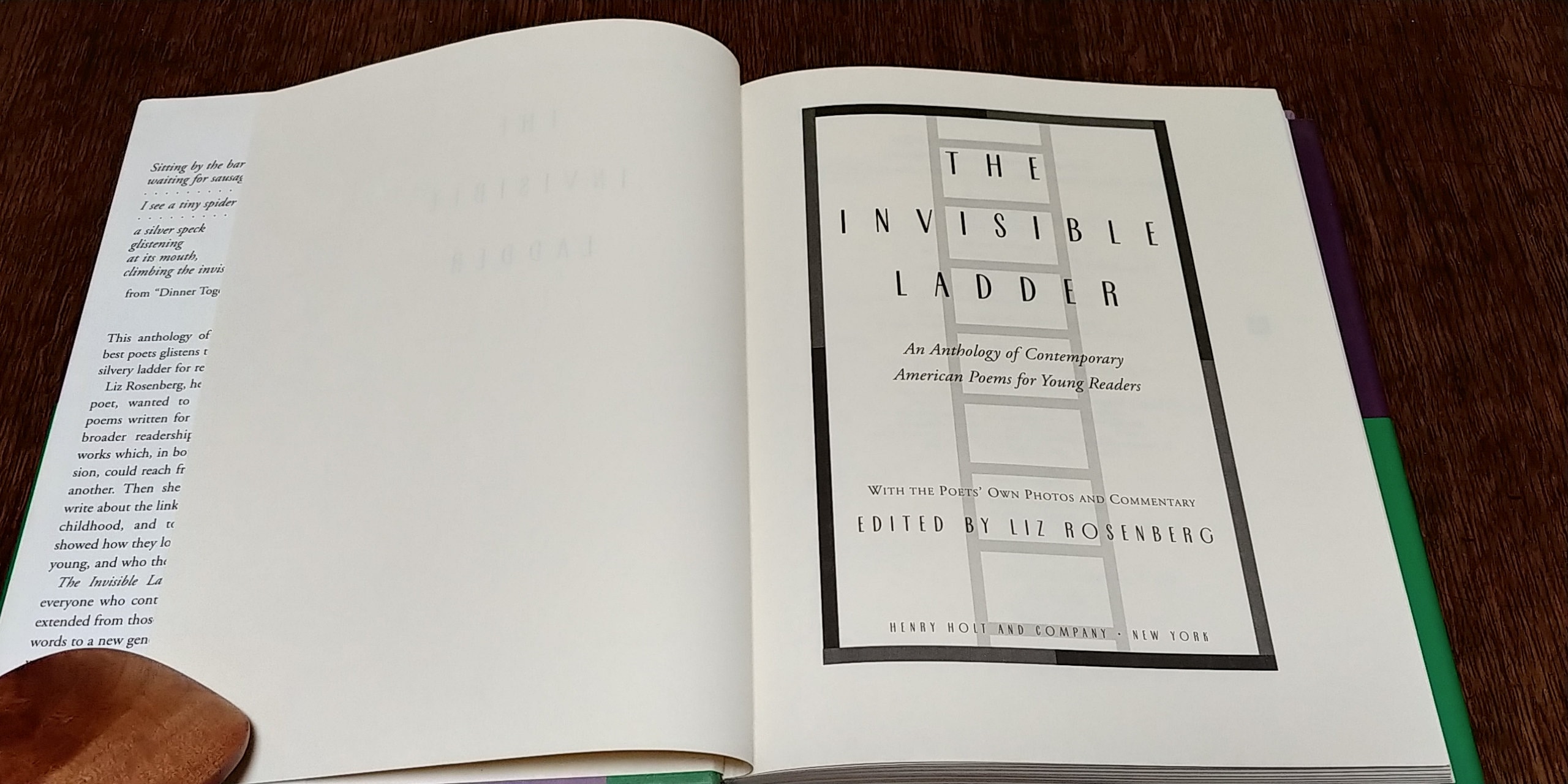 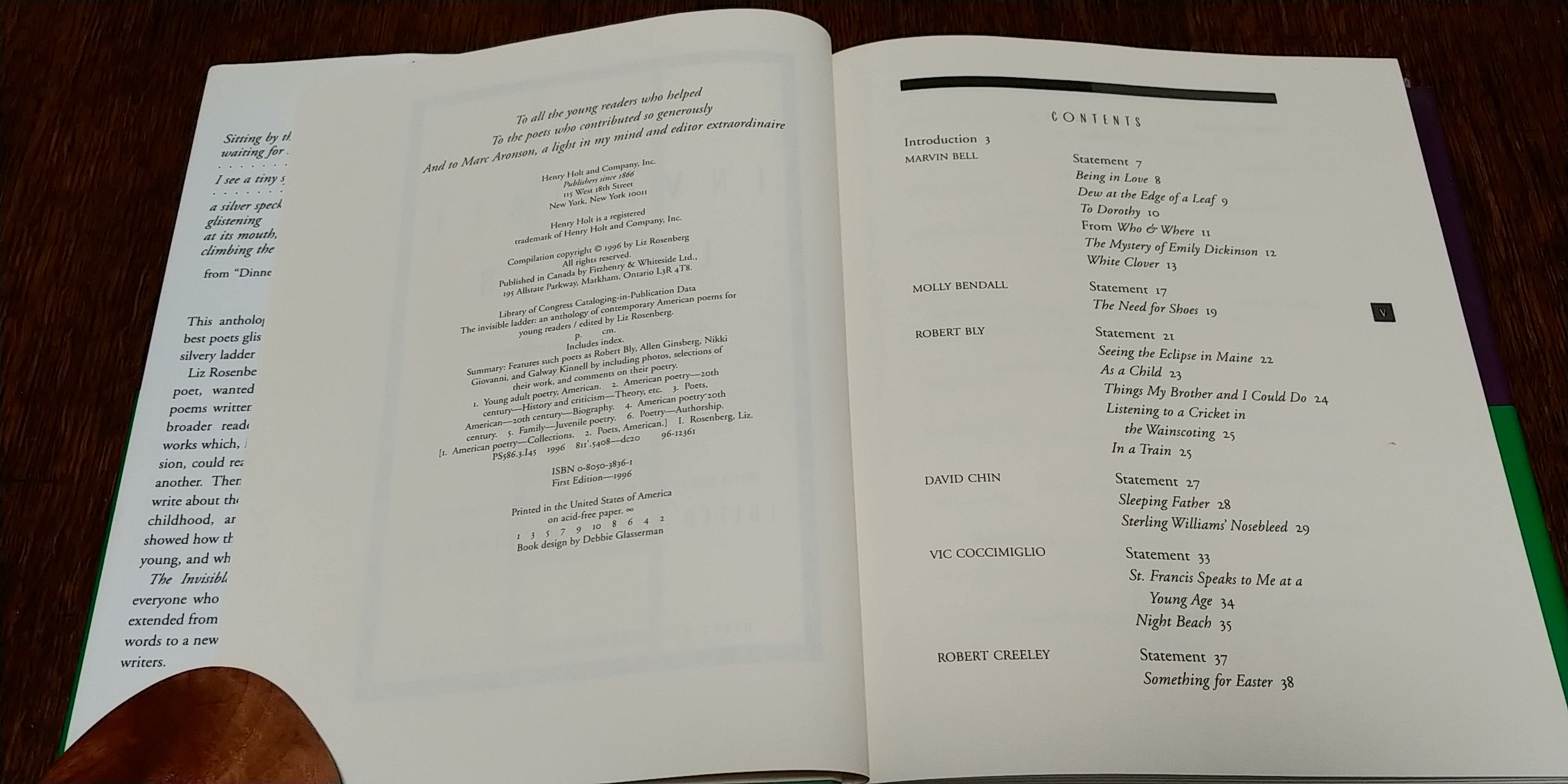 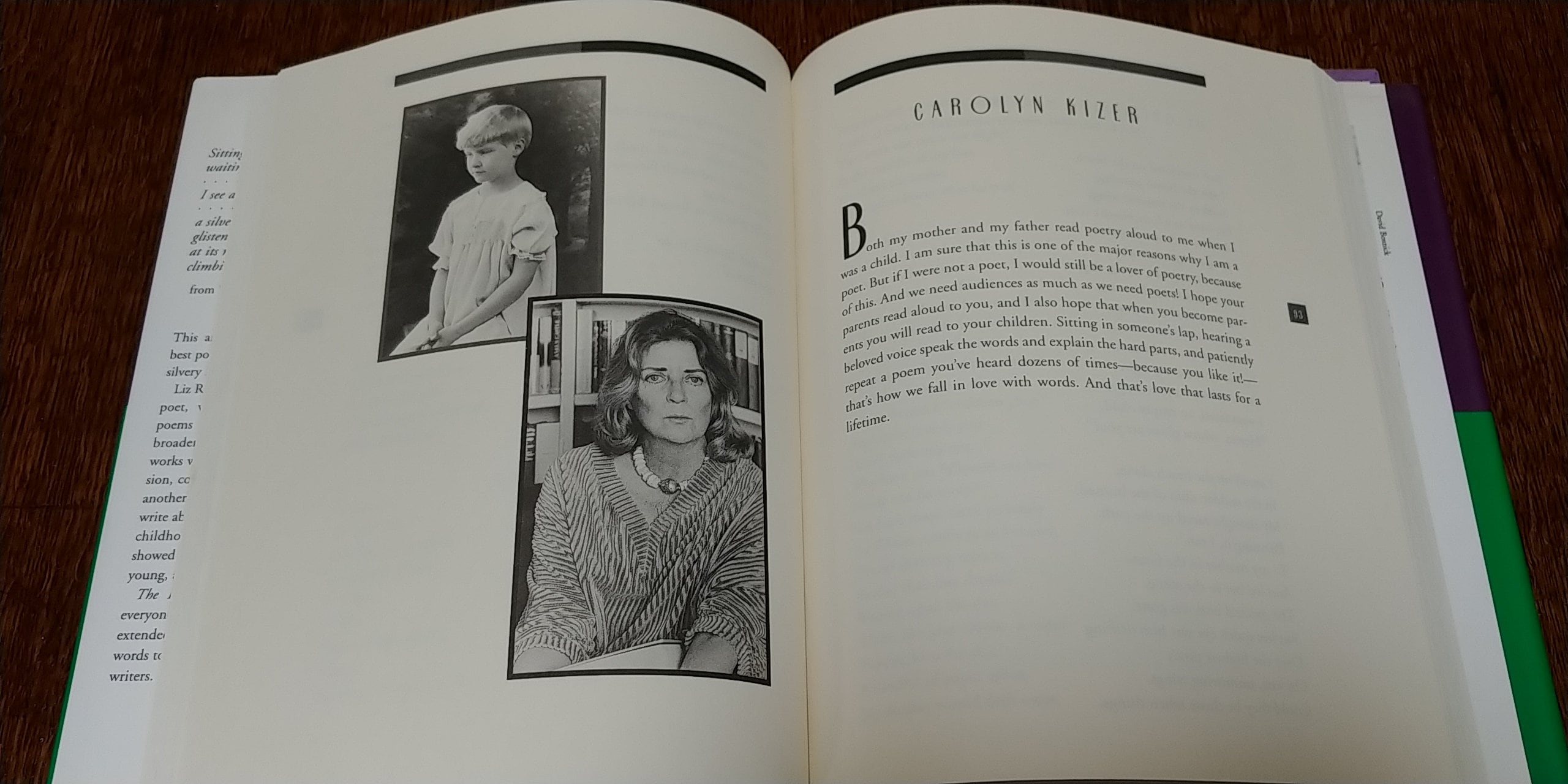 First edition of The Invisible Ladder edited by Liz Rosenberg. An Anthology of contemporary American poems for young readers.

"Liz Rosenberg, herself an accomplished poet, wanted to make contemporary poems written for adults accessible to a broader readership. She searched for works which, in both feeling and expression, could reach from one age group to another. Then she asked the poets to write about the links between poetry and childhood, and to send photos that showed how they looked when they were young, and who they are today."

"My father sits in his chair and snores.
Inhaling, he rasps like an anchor chain
rattling off a ship dropping into the sea.
When he exhales, waves hiss on distant shores.

"In his dream, he carries the kite
his uncle made for him and walks the village path
thinking of his father who sailed for America years ago
I wonder if it has to be this way with fathers.

"As he sleeps with his head tipped back,
his mouth half open, behind shut eyelids
the frailest of objects climbs the sky
and a string slides through his fingers."