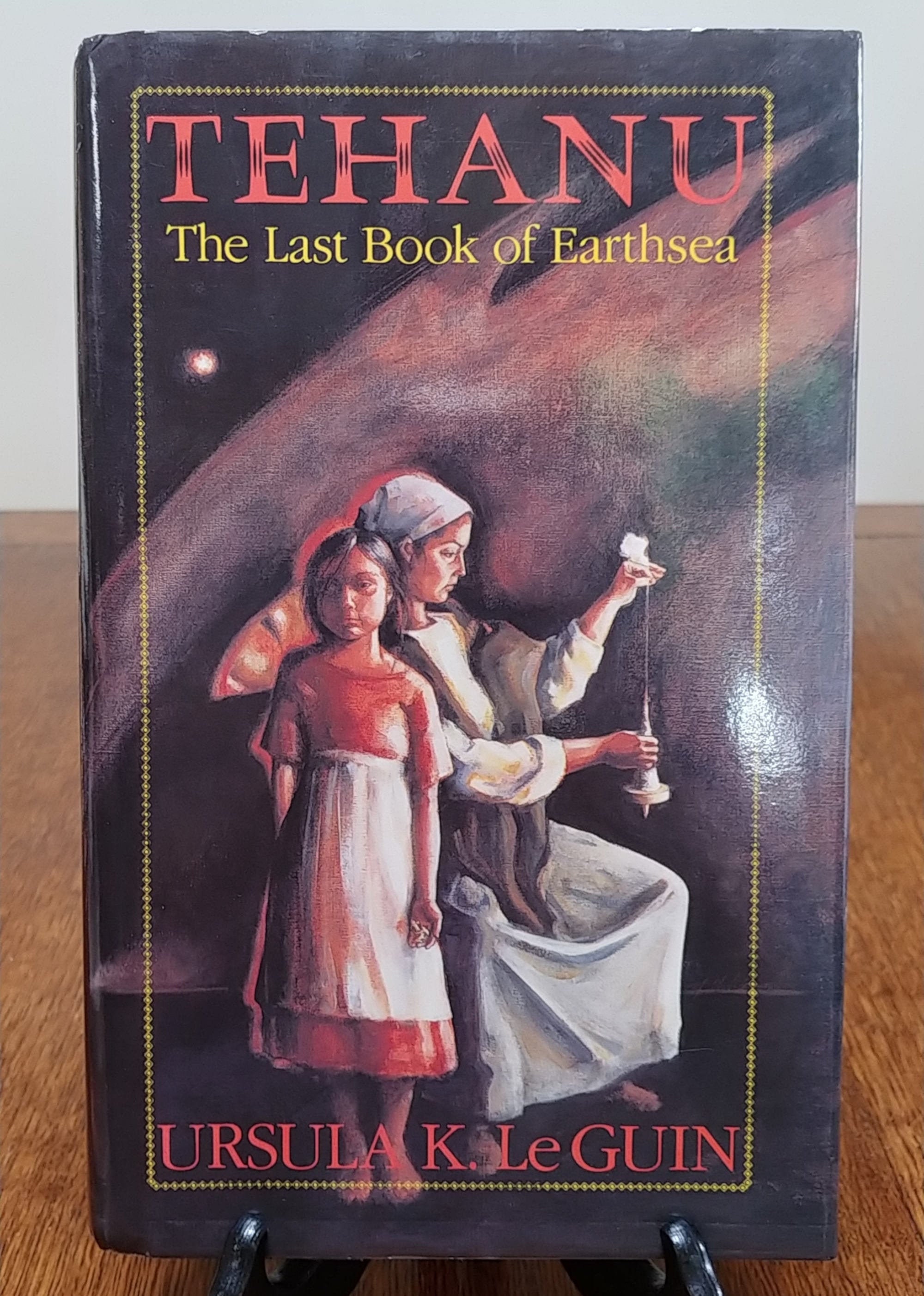 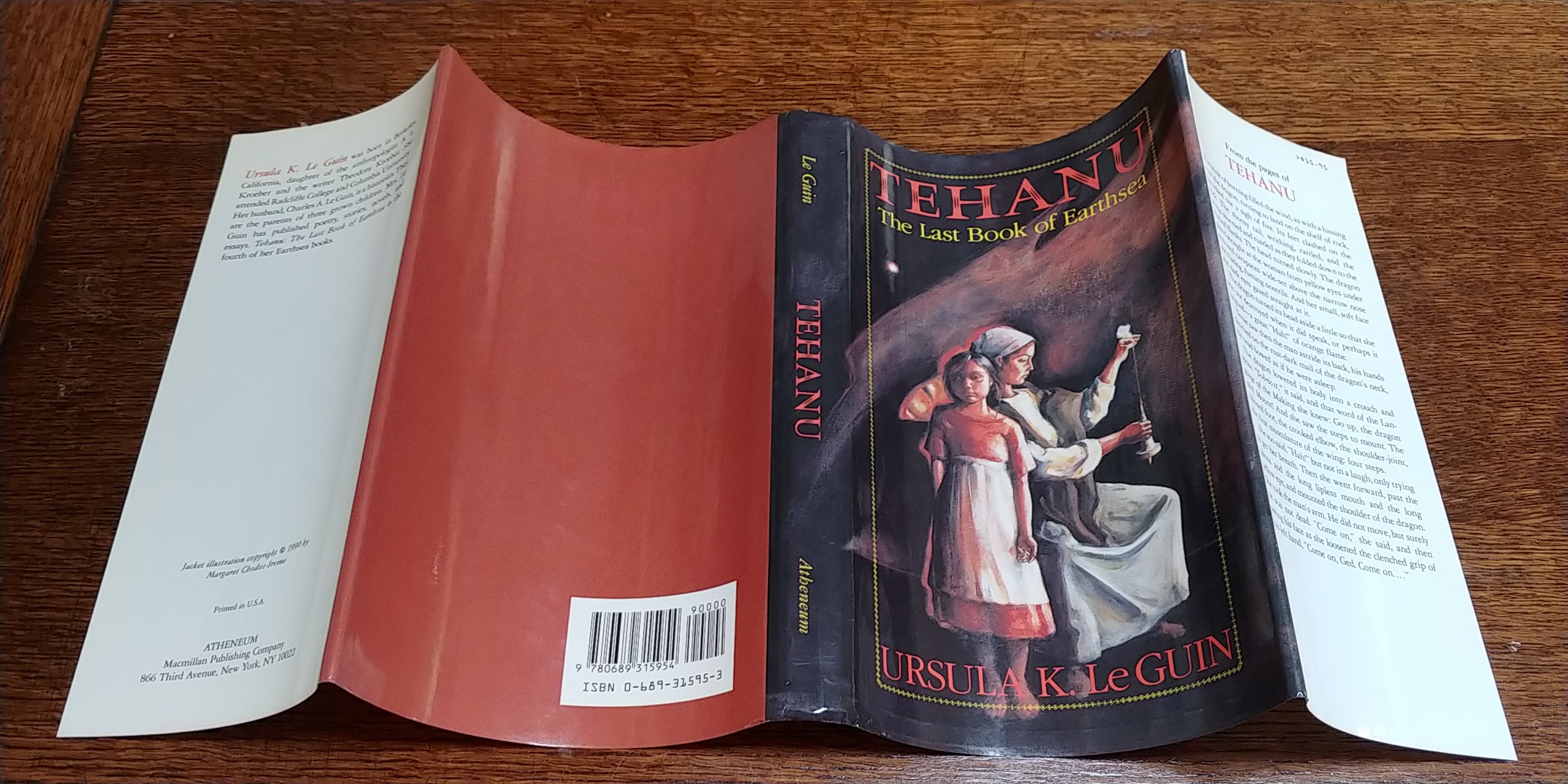 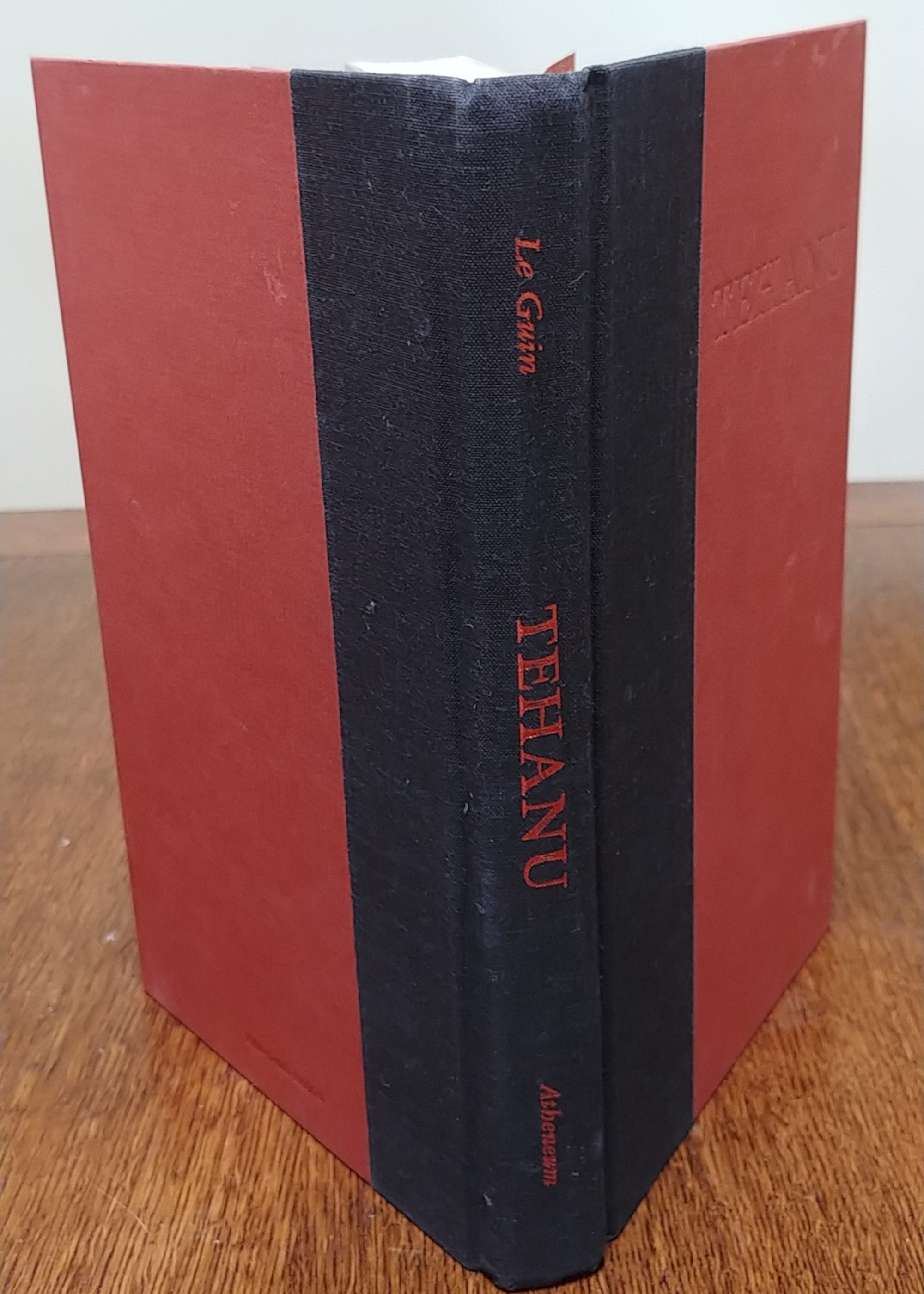 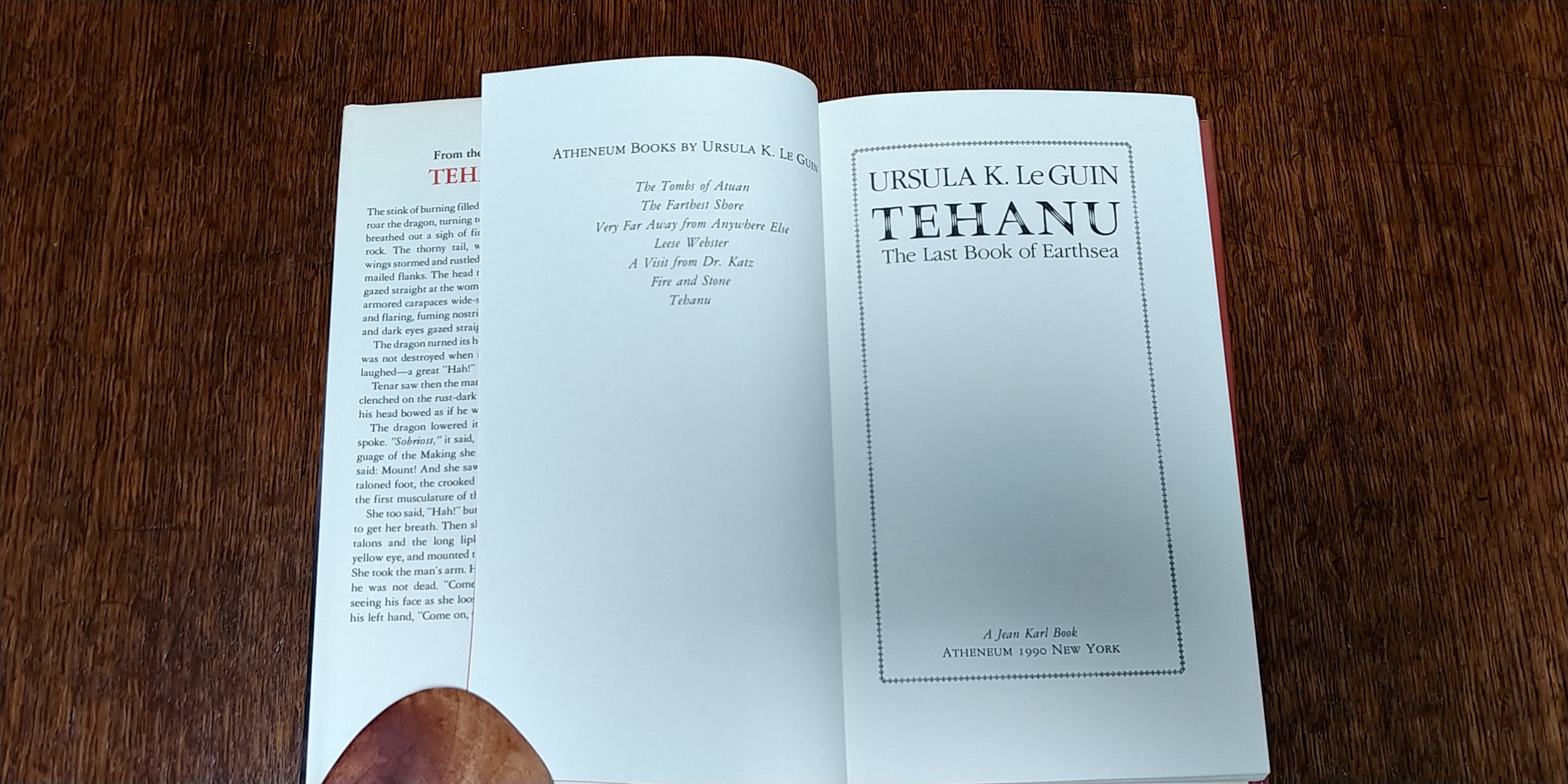 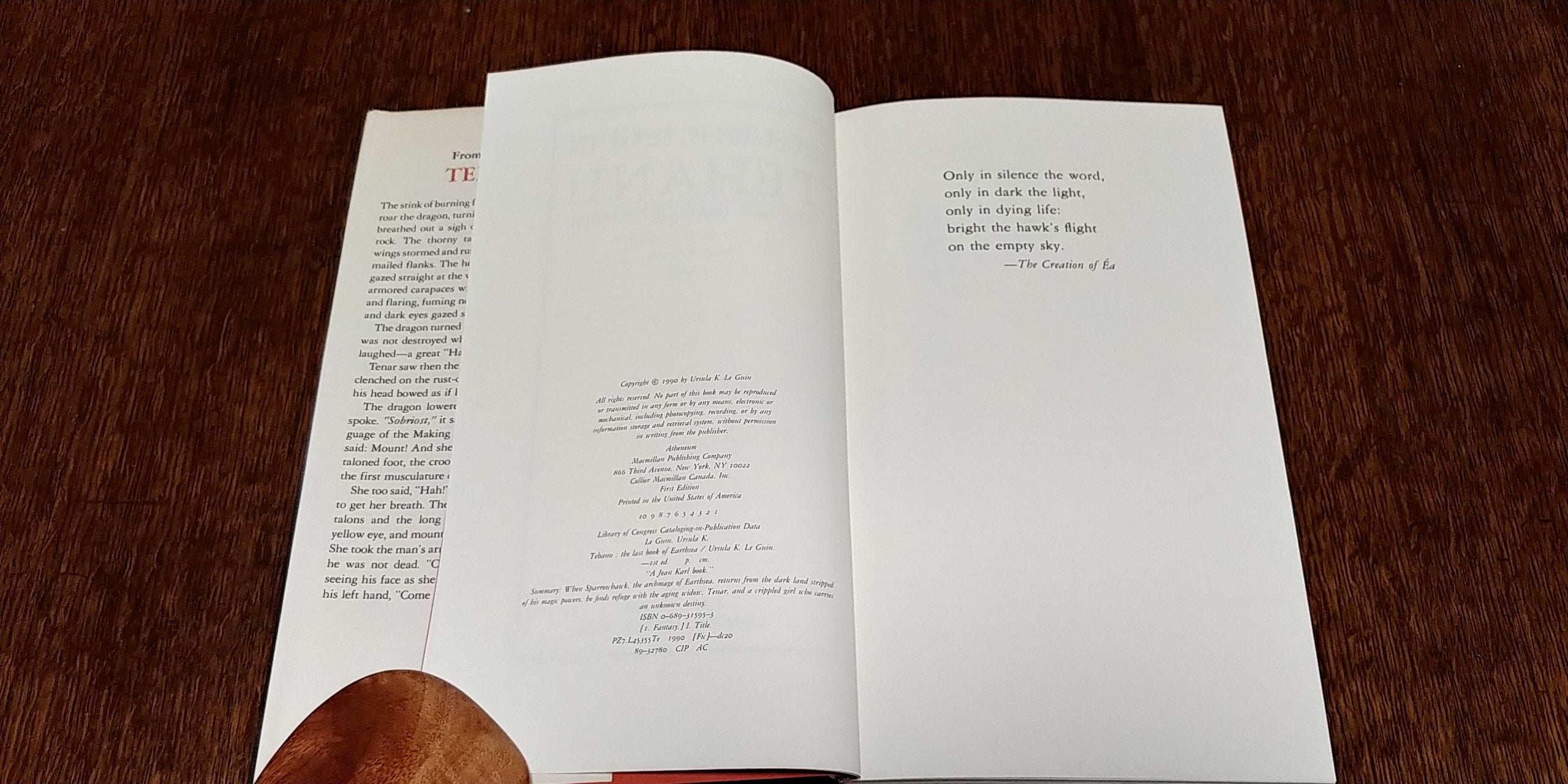 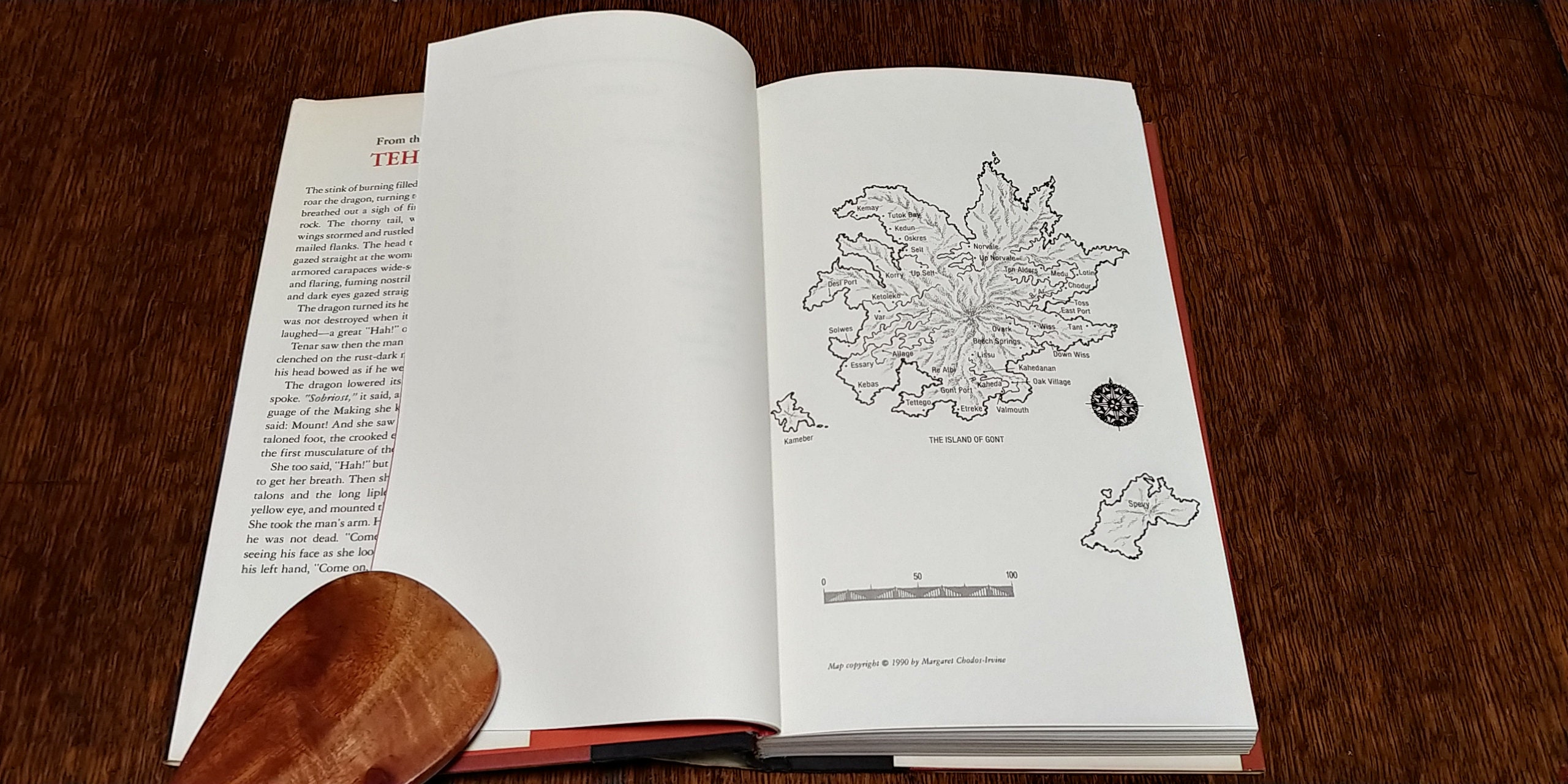 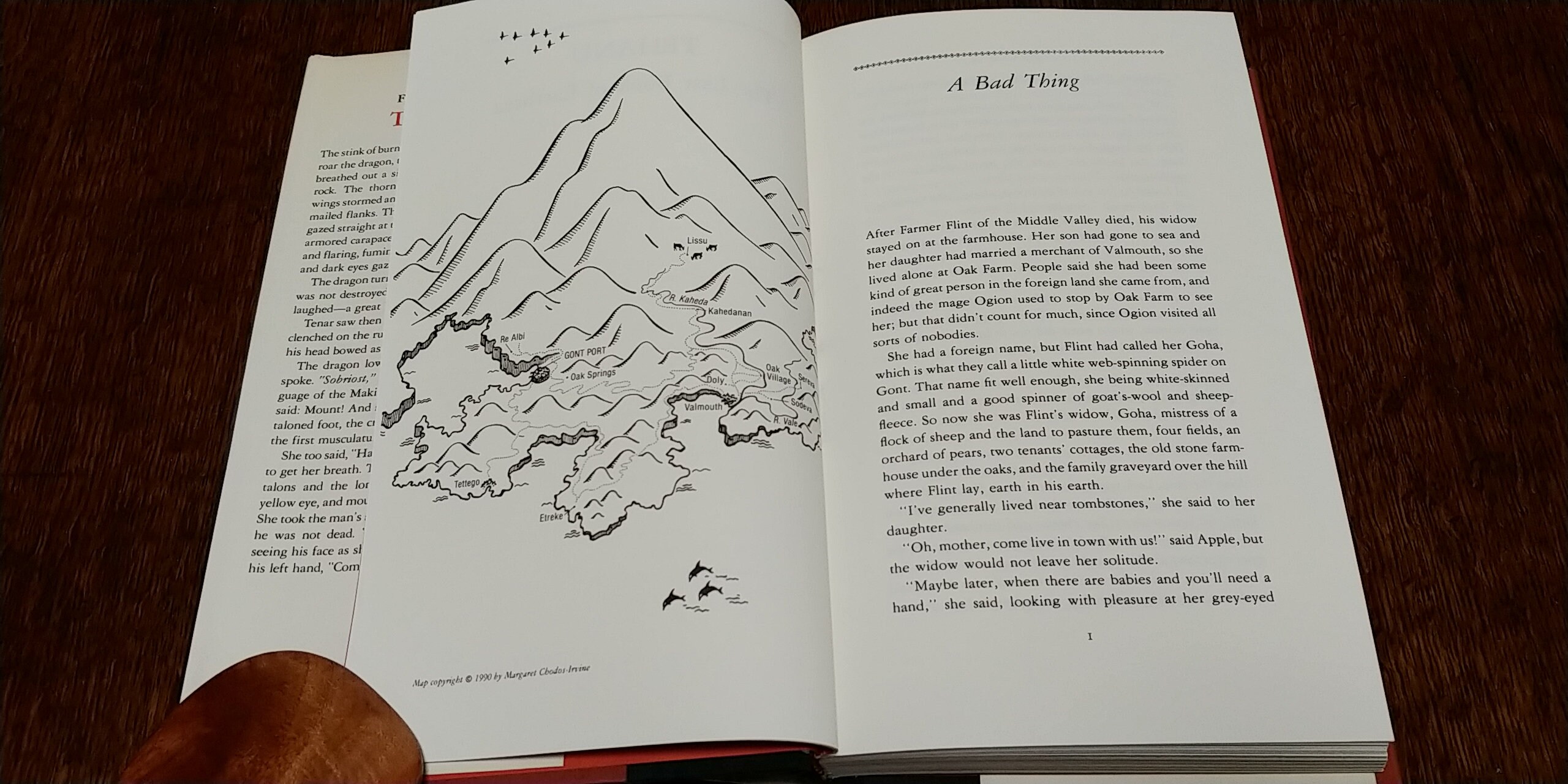 First edition of Tehanu, the Last Book of Earthsea by Ursula LeGuin.

Ursula K LeGuin (1929 - 2018) was an American novelist who was credited with bringing speculative fiction - science fiction, fantasy - into the literary mainstream through her two most influential books, The Left Hand of Darkness and A Wizard of Earthsea. LeGuin wrote twenty novels and more than a hundred short stories, as well as poetry, literary criticism, and children's books.

Tehanu is the last book in the Earthsea series and won the 1990 Nebula Award for best book of the year.

"The stink of burning filled the wind, as with a hissing roar the dragon, turning to land on the shelf of rock, breathed out a sigh of fire. Its feet clashed on the rock. The thorny tail, writing, rattled, and the wings stormed and rustled as they folded down to the mailed flanks. The head turned slowly. The dragon gazed straight at the woman from yellow eyes under armored carapaces wide-set above the narrow nose and flaring, fuming nostrils. And her small, soft face and dark eyes gazed straight at it.

"The dragon turns its head aside a little so that she was not destroyed when it did speak, or perhaps it laughed - a great "Hah!" of orange flame.

"Tenar saw then the man astride its back, his hands clenched on the rust-dark mail of the dragon's neck, his head bowed as if he were asleep. The dragon lowered its body into a crouch and spoke. "Sobriost," it said, and that word of the Language of the Making she knew. Go up, the dragon said: Mount! And she saw the steps to mount. The taloned foot, the crooked elbow, the shoulder-joint, the first musculature of the wing: four steps.

Condition*: Very Good/Very Good. Dust jacket has a minor vertical scuff on the back from normal shelf wear. Front cover board has a few faint, hard-to-see spots, top right corner and near the spine. that may be water marks, else the book is fine condition.