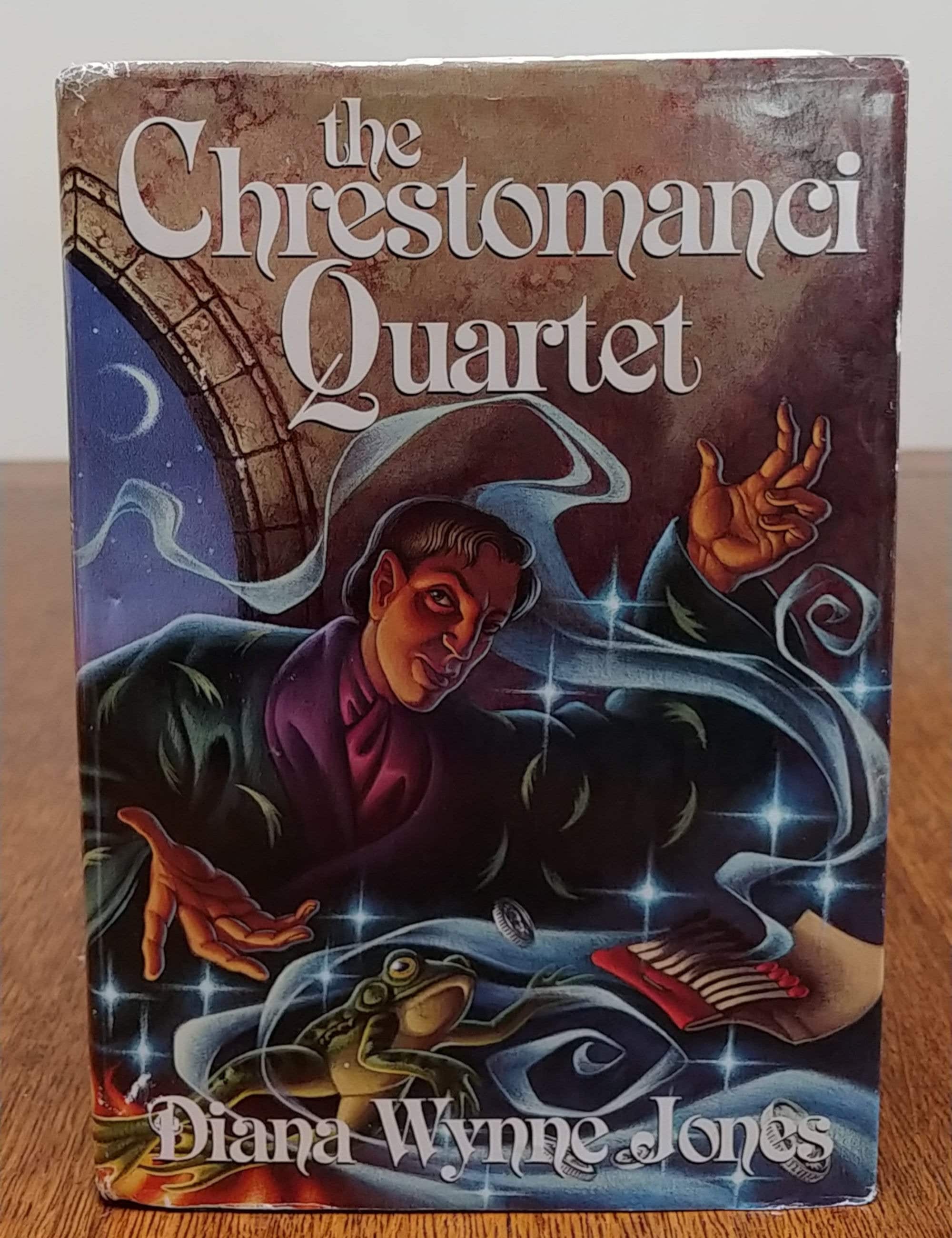 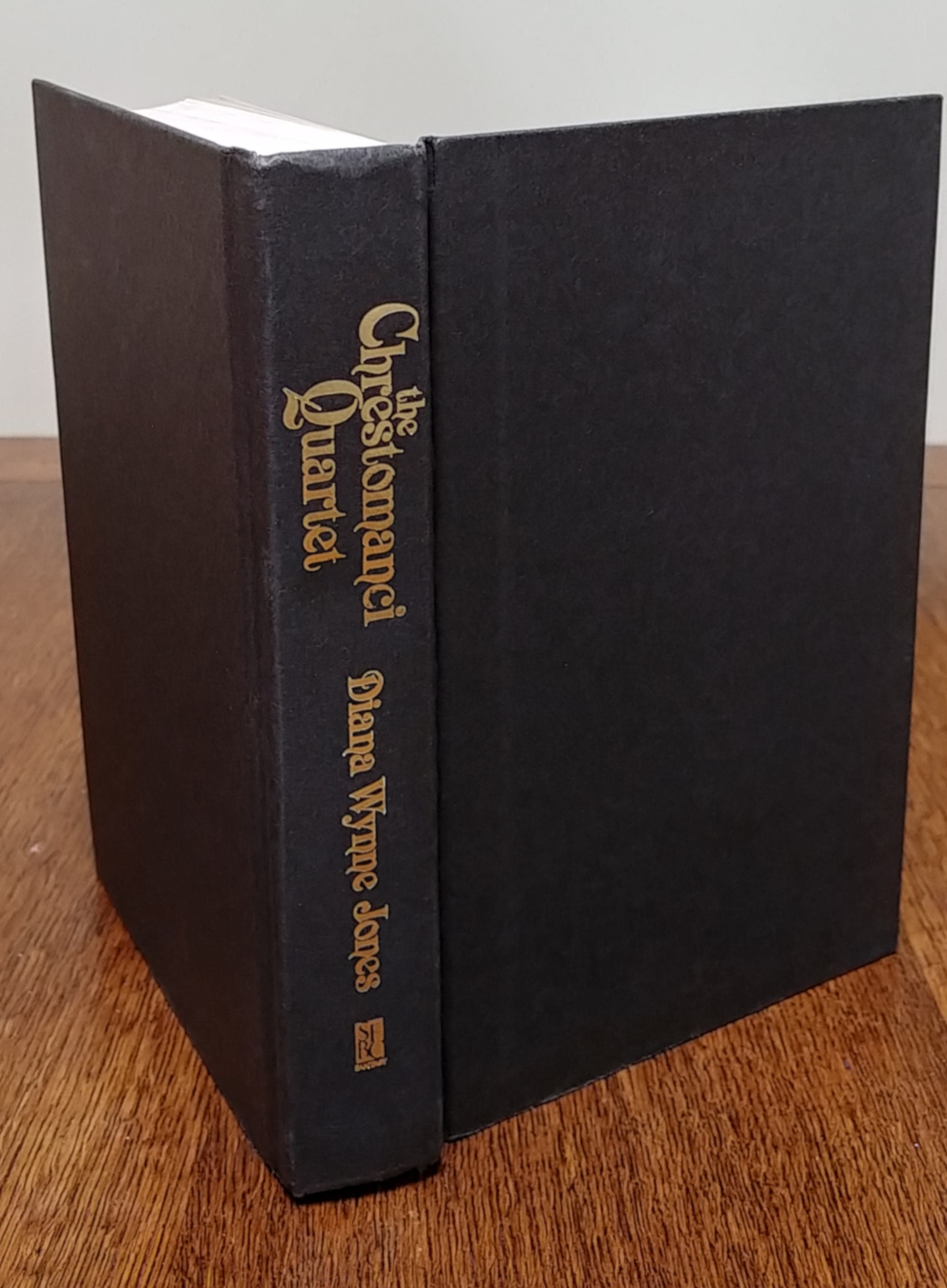 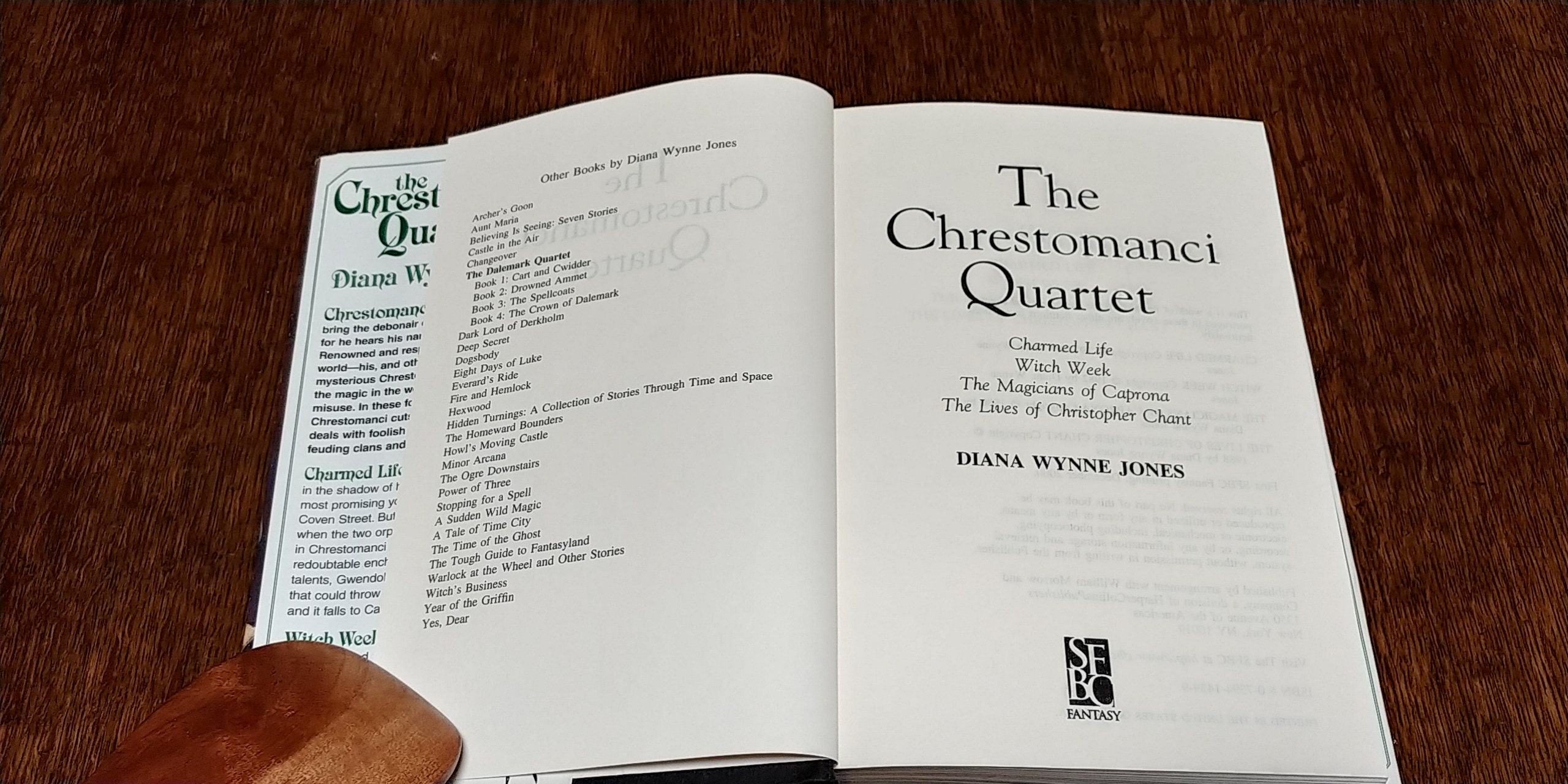 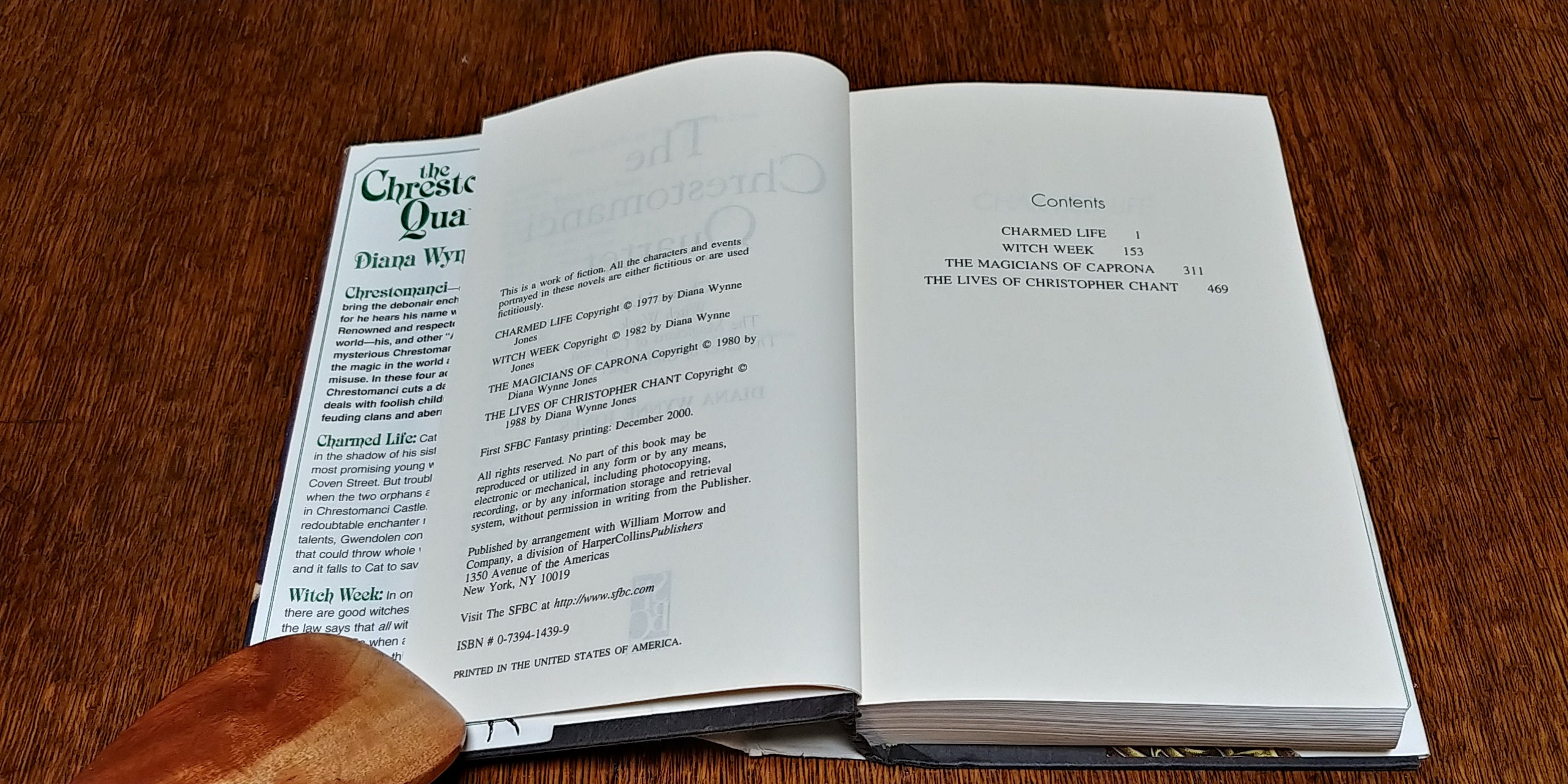 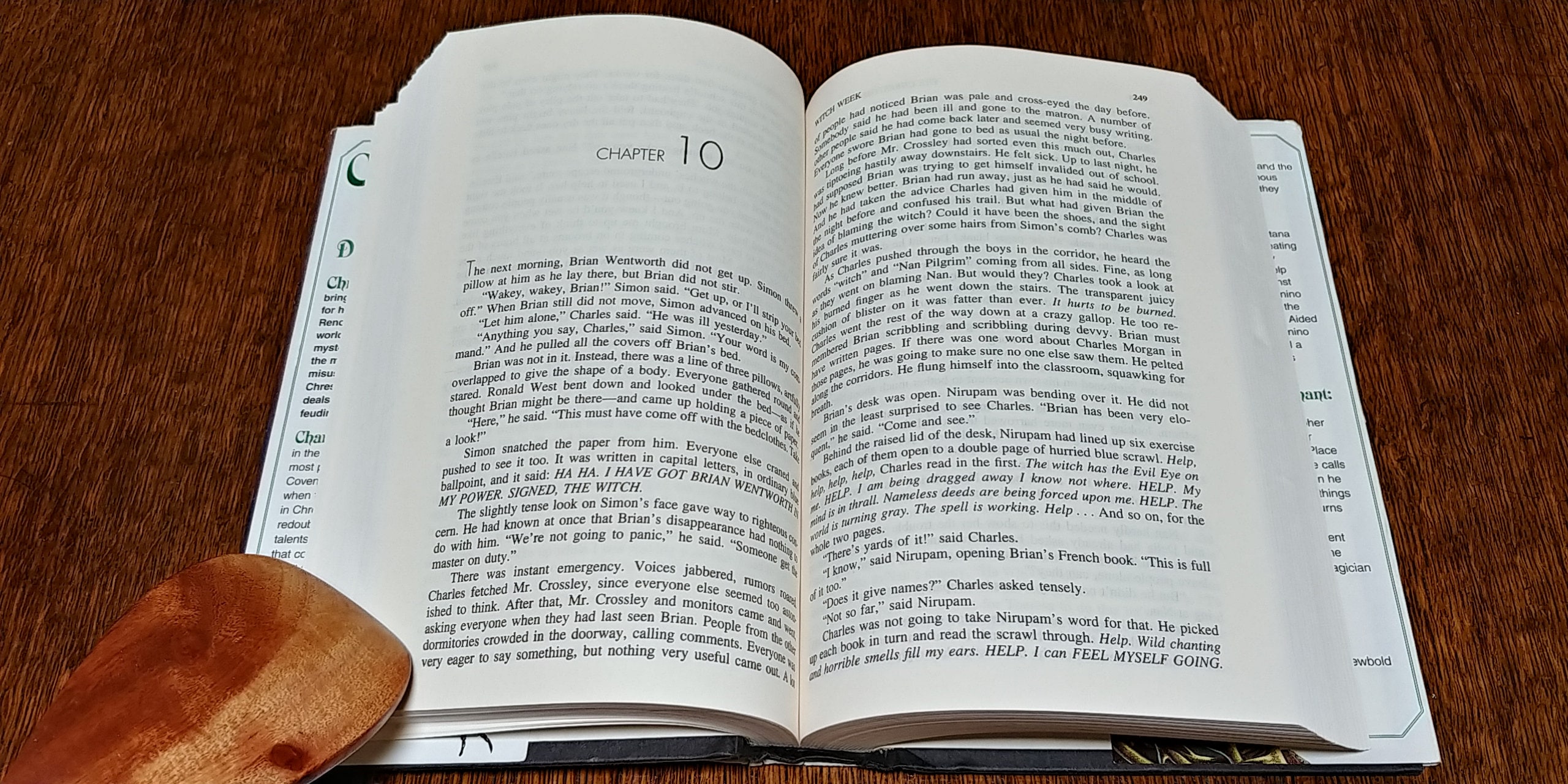 The Chrestomanci Quartet by Diana Wynne Jones, the fun and magical world of Christopher Chant.

Before there was J. K. Rowling and Harry Potter - of whom I am a loyal fan - there was Diana Wynne Jones and the Chrestomanci Chronicles. By the third chapter of the first book, you'll wonder if Christopher Chant ever attended Hogwart's, in a different life.

- Witch Week (1982) is a different story about a different world from the other books which the Chrestomanci only visits.
- Mixed Magics: Four Tales of Chrestomanci (2000) is a collection of short stories: Warlock at the Wheel; Stealer of Souls; Carol Oneir's Hundredth Dream; The Sage of Theatre.

"Chrestomanci - speak his name and bring the debonair enchanter to your door, for he hears his name wherever it is spoken. Renowned and respected throughout the world - his, and other Anywheres - the mysterious Chrestomanci watches over all the magic in the world and prevents its misuse. In these four adventure-filled tales, Chrestomanci cuts a dashing figure as he deals with foolish children, ambitious adults, feuding clans, and aberrant alternate worlds."

When you've finished The Chrestomanci Quartet, read The Dalemark Quartet and Howl's Moving Castle, the first book in the Howl Series.

Condition*: Fine/Very Good. Dust jacket: chipped at the head of the spine; two small closed tears on the back; mild edgewear. Inside: Pages are clean, undamaged, and complete.