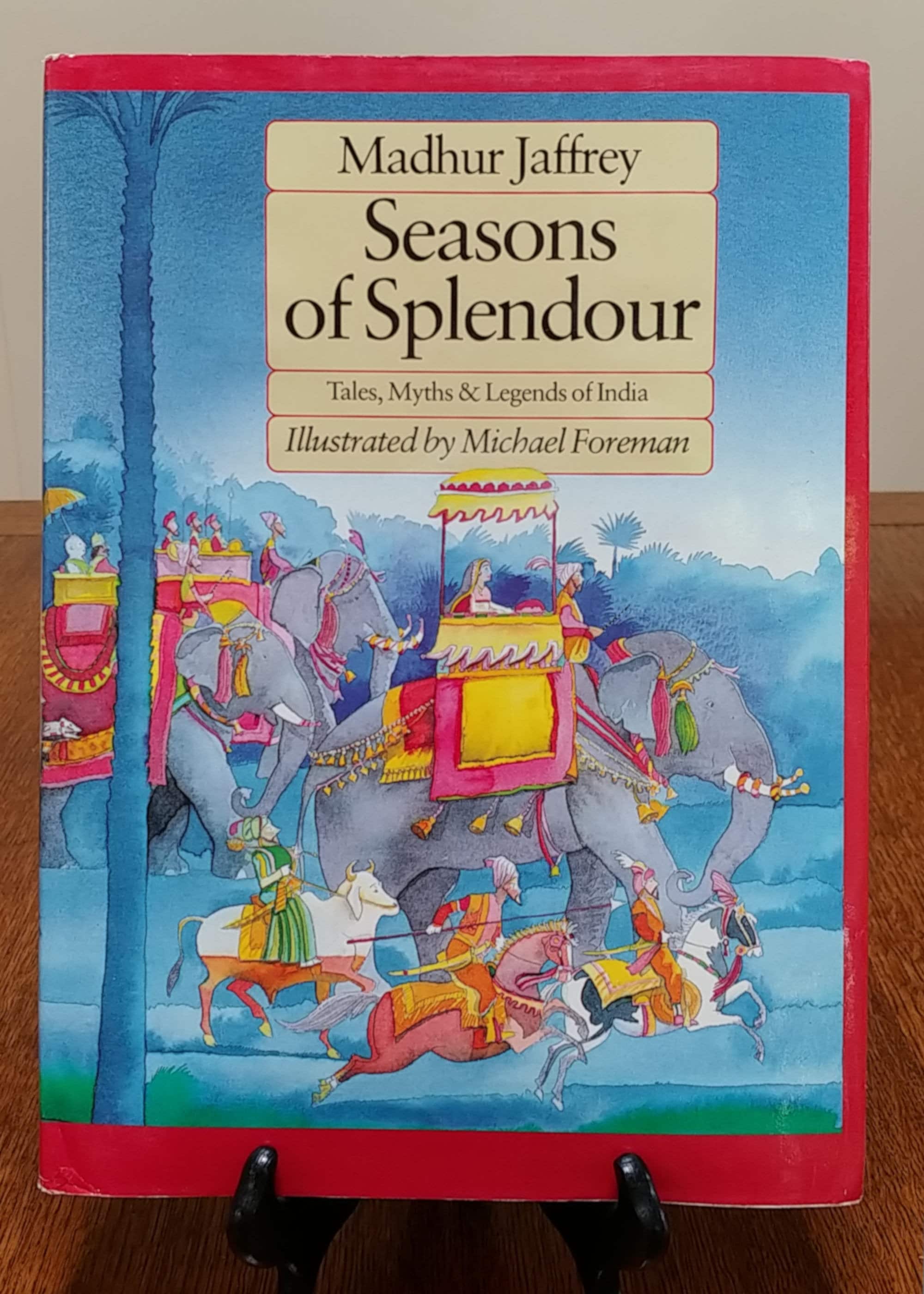 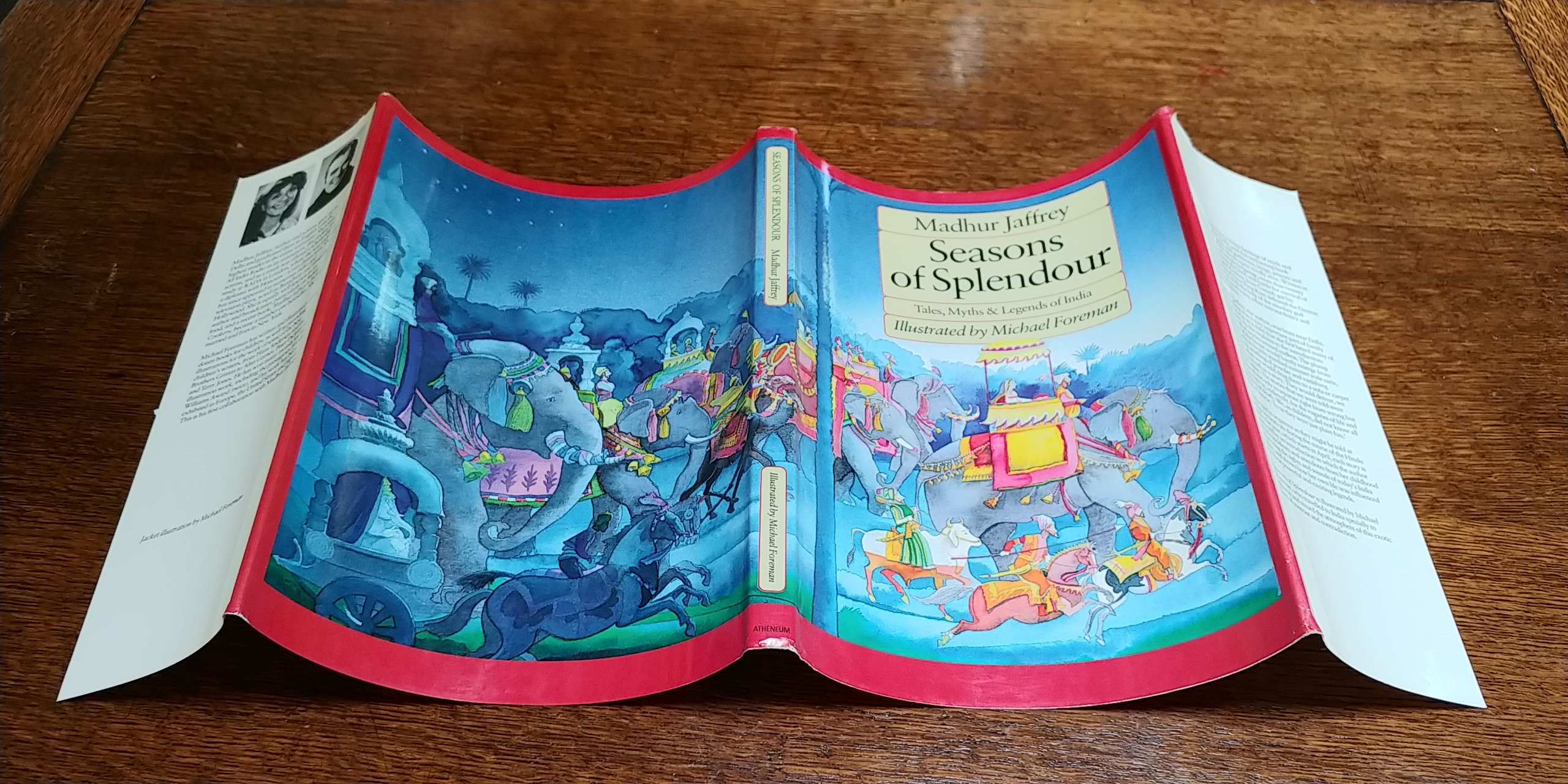 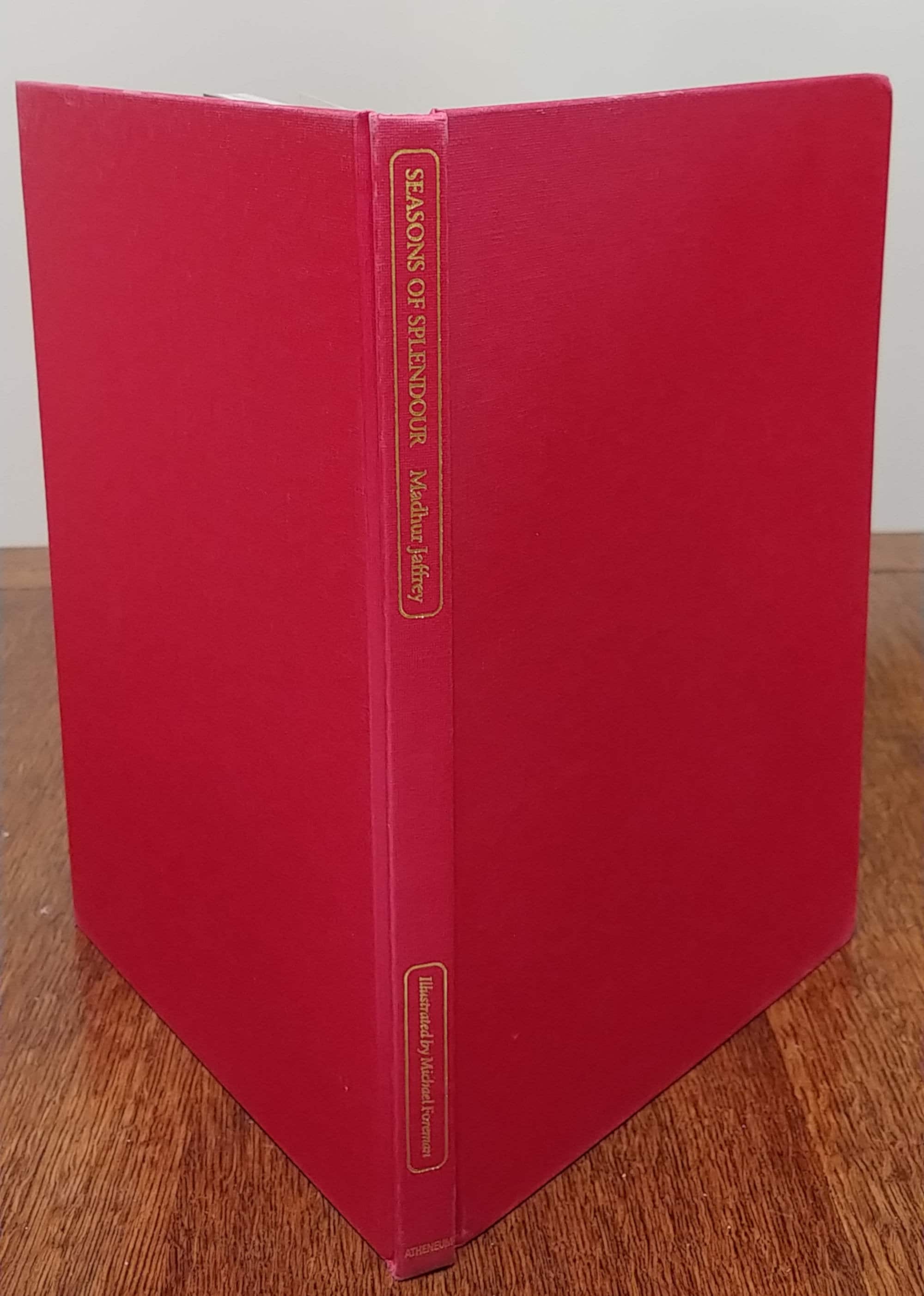 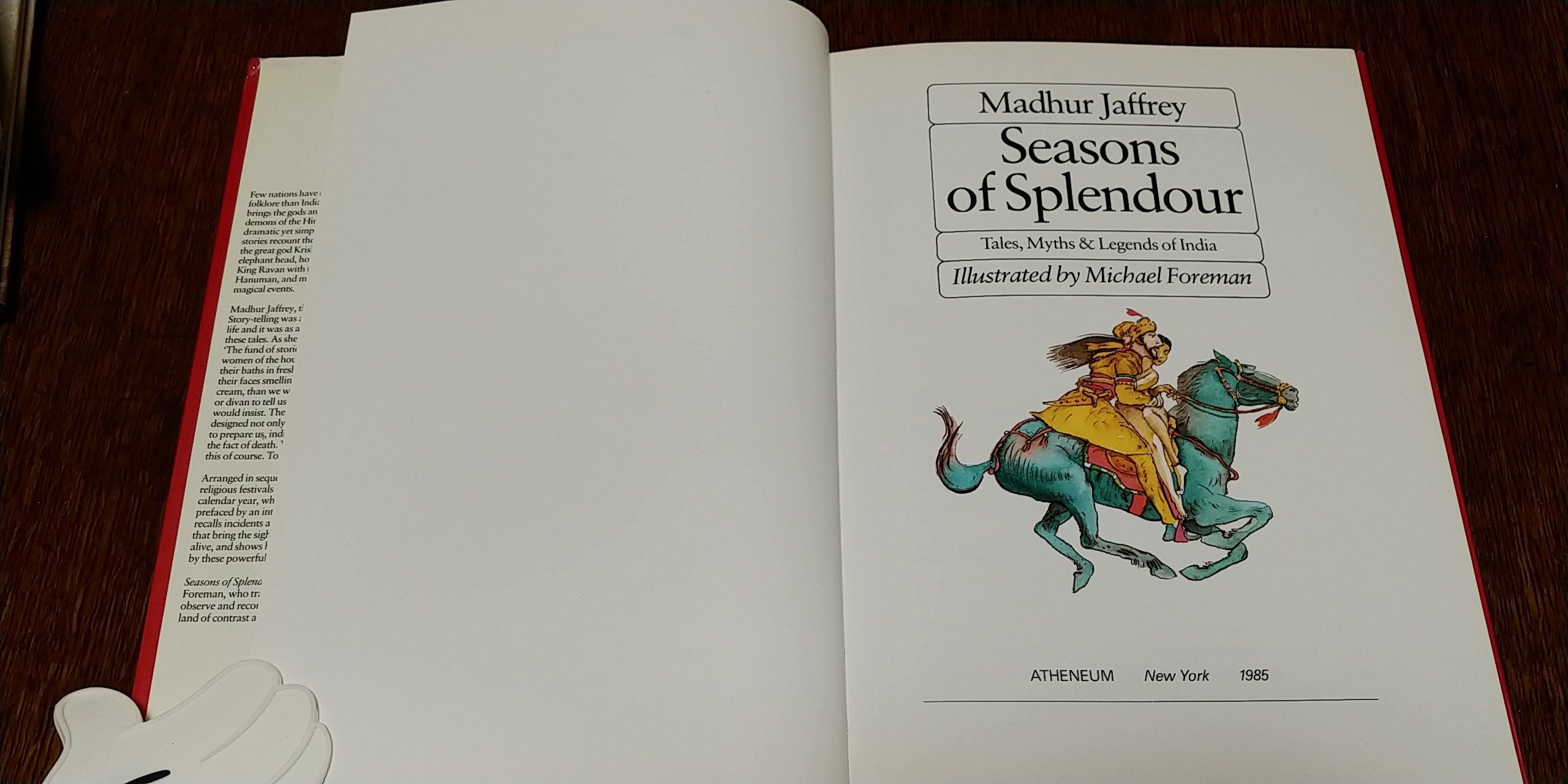 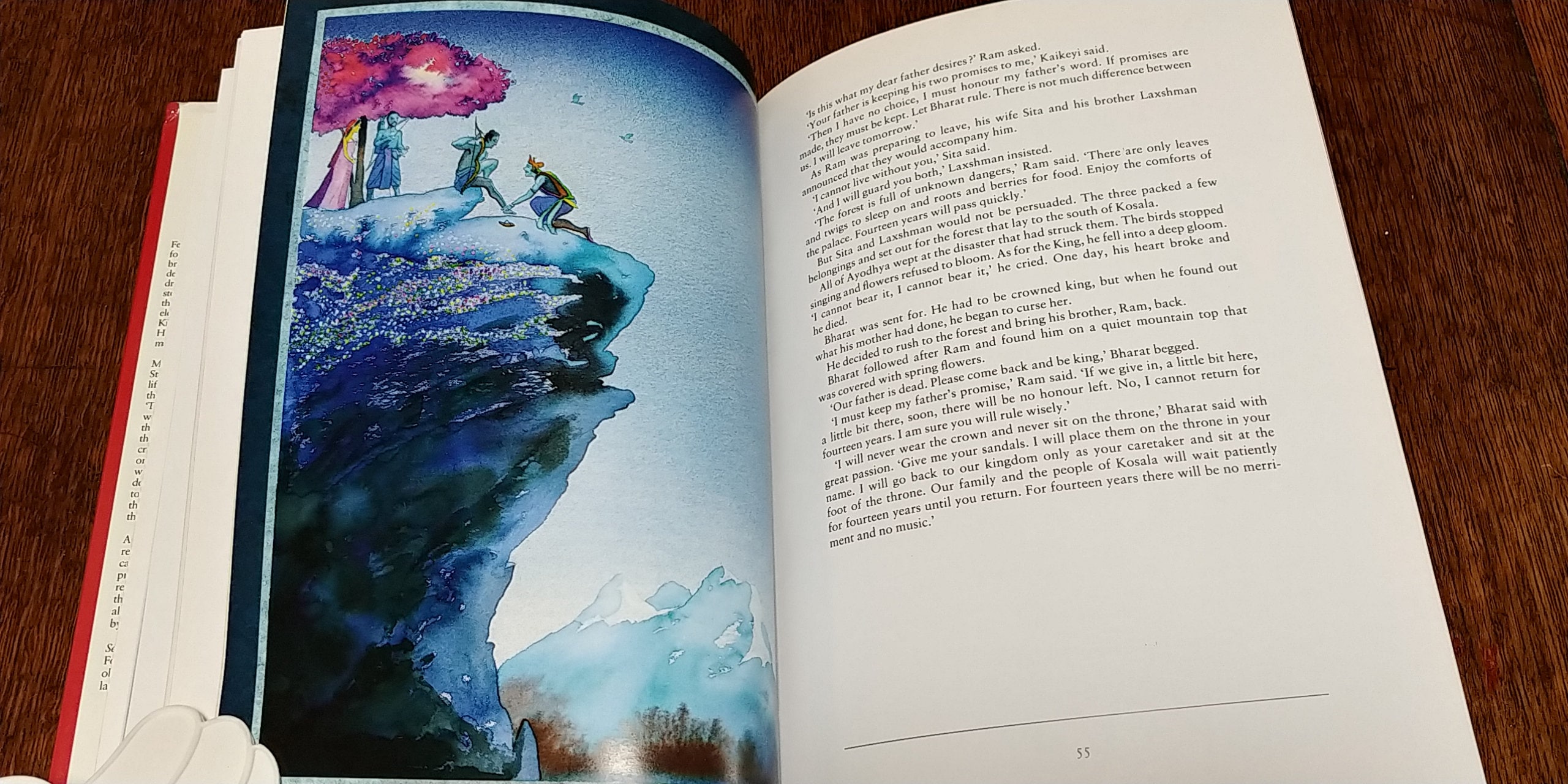 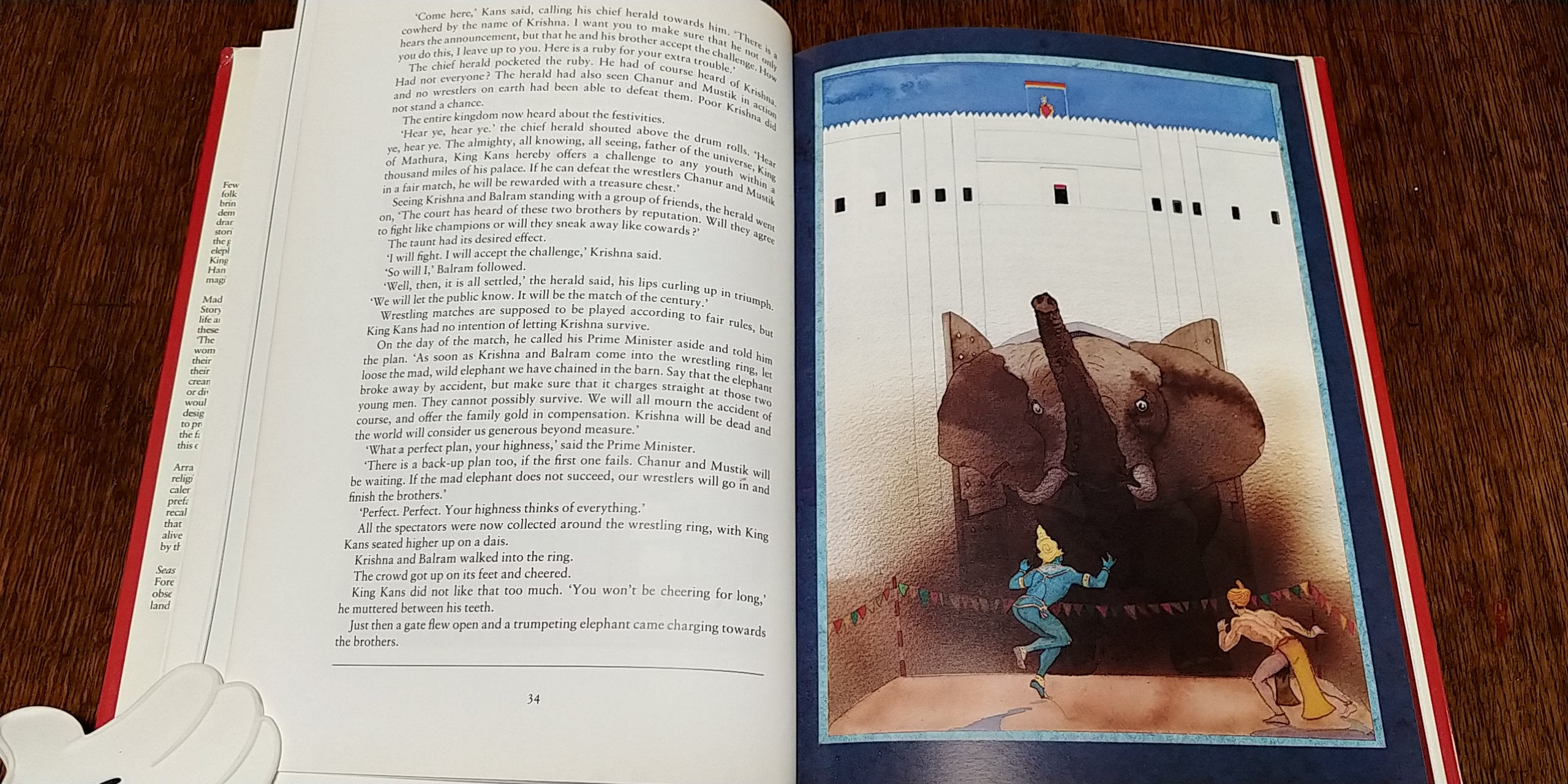 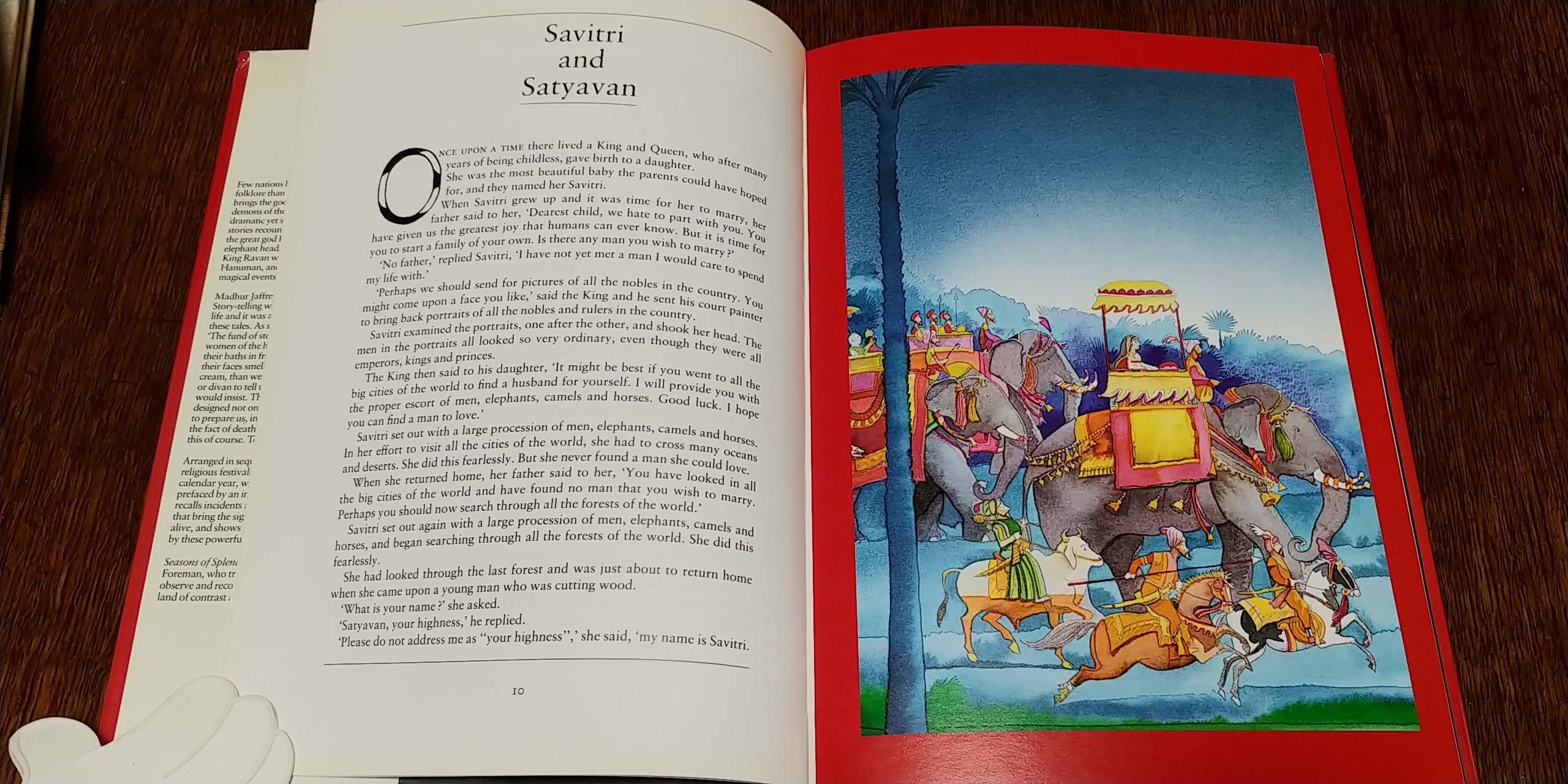 "Few nations have a richer heritage of myth and folklore than India, and this entrancing book brings the gods and goddesses, kings, princes, and demons of the Hindu epics vividly alive. Written in dramatic yet simple language, more than twenty stories recount the birth and battle for survival of the great god Krishna, how Ganesh got his elephant head, how King Ram defeated the Demon King Rvan with the help of the monkey god Hanuman, and many other extraordinary and magical events."

THE DAYS OF THE BANYAN TREE

"There was an old banyan tree that grew just outside our house. It was more than a tree, it seems to be a whole forest, all by itself. ...My nanny - or aya, as we called her - said that the roots of a banyan tree went all the way to the Underworld and that when they rose again as fresh trunks, they carried up with them all sorts of ghosts and goblins. She insisted that there never was a banyan tree without a few ghosts lurking in its branches.

Madhur Jaffrey (1933 - ) tells these stories as she heard them as a child growing up in India, and in sequence as they would be told during the Hindu calendar year, which starts in April, prefaced by personal stories from her childhood. Jaffrey is a woman of many accomplishments, as an actress, food and travel writer, and TV personality. She's been recognized for her work in improving cultural relations between India and the UK and US. One of her most recent books was Climbing the Mango Trees: A Memoir of a Childhood in India (2006), would make a nice complement to Seasons of Splendour. Of several cookbooks, her first, An Invitation to Indian Cookery (1973) was inducted into the James Beard Foundation's Cookbook Hall of Fame.

Michael Foreman (1938) is one of Great Britain's most well-known and appreciated children's book illustrators. He won the 1982 and 1989 Kate Greenaway Medal and has twice been nominated for the Hans Christian Andersen award, the highest achievement for creators of children's books.