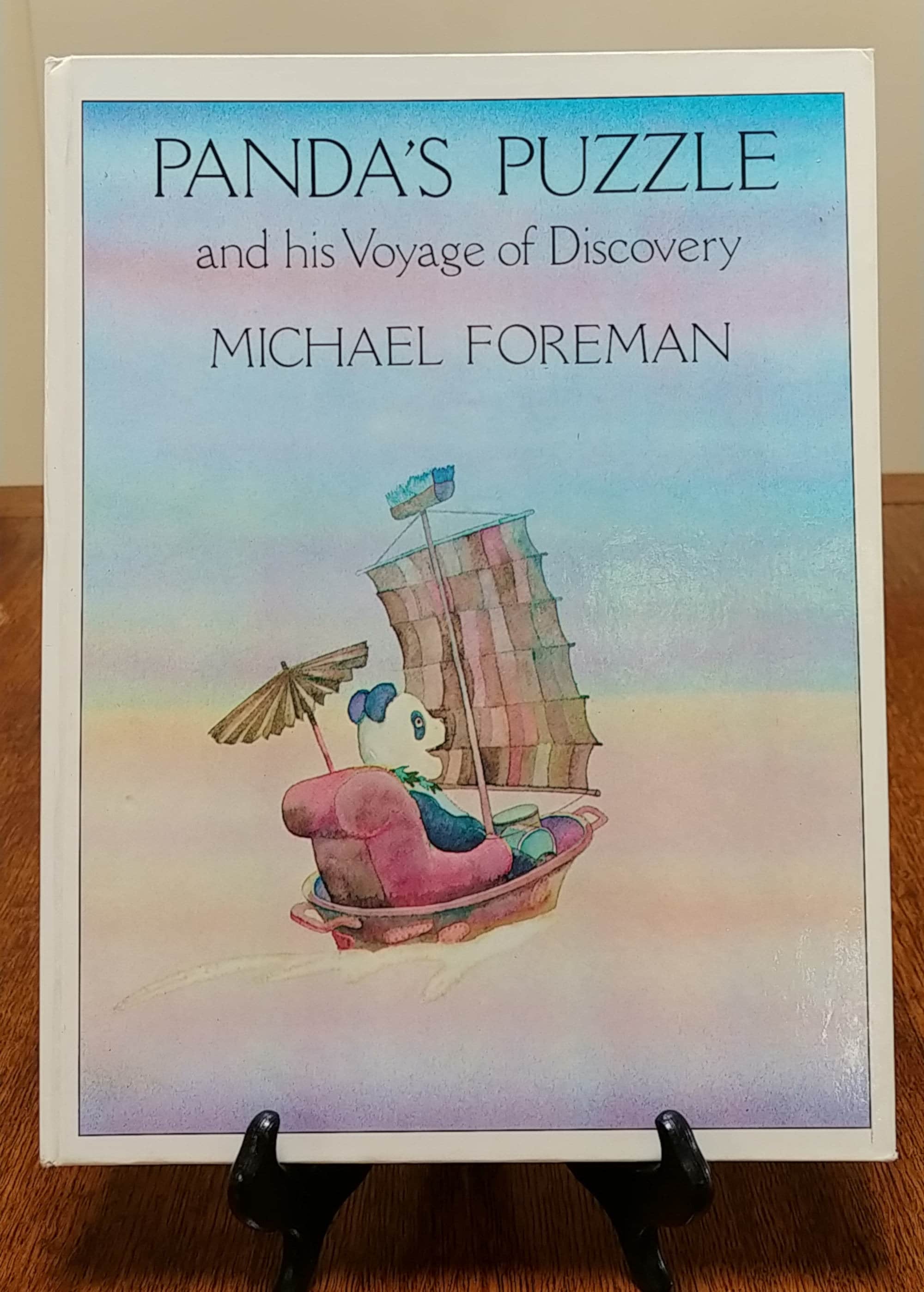 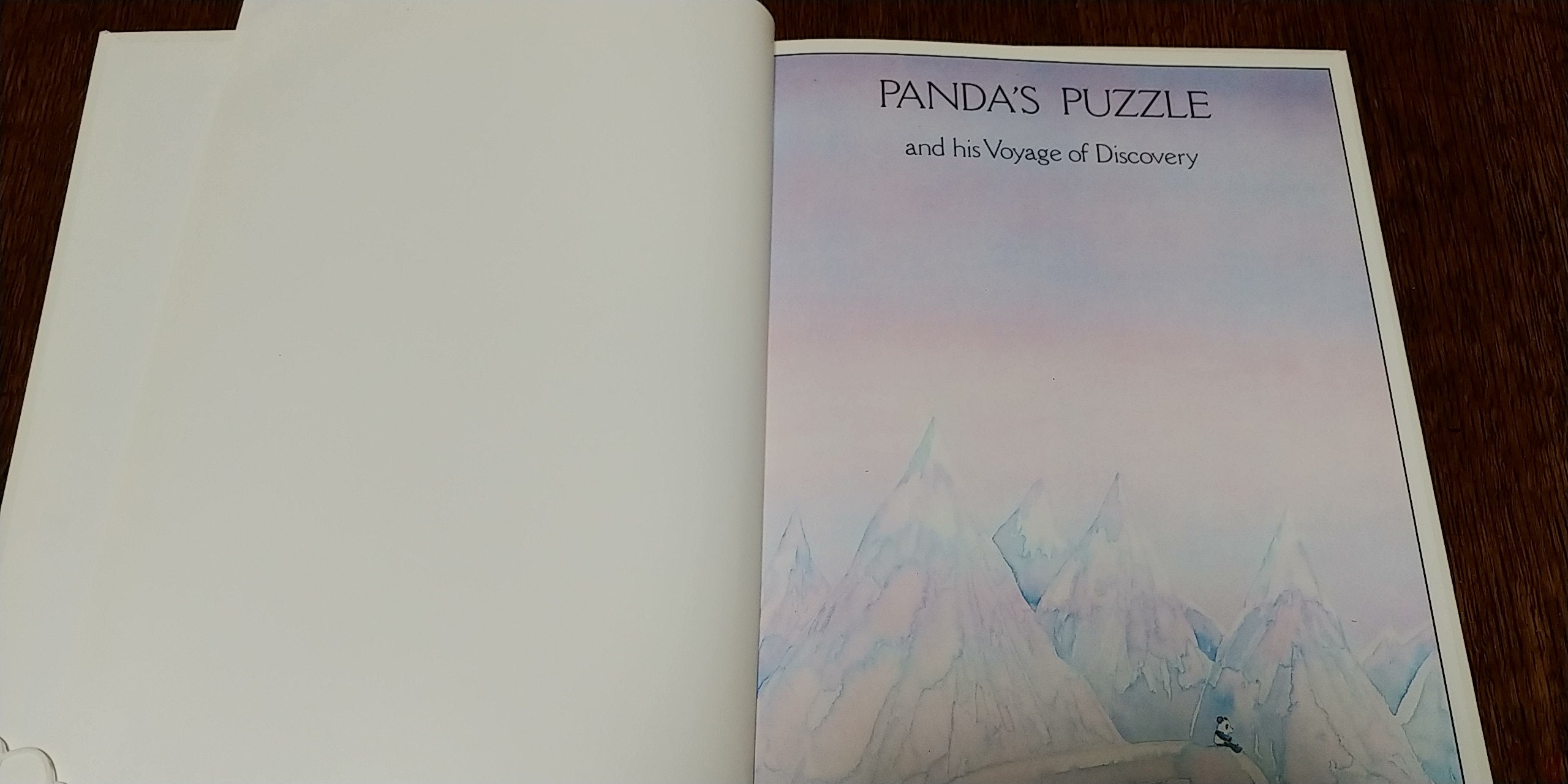 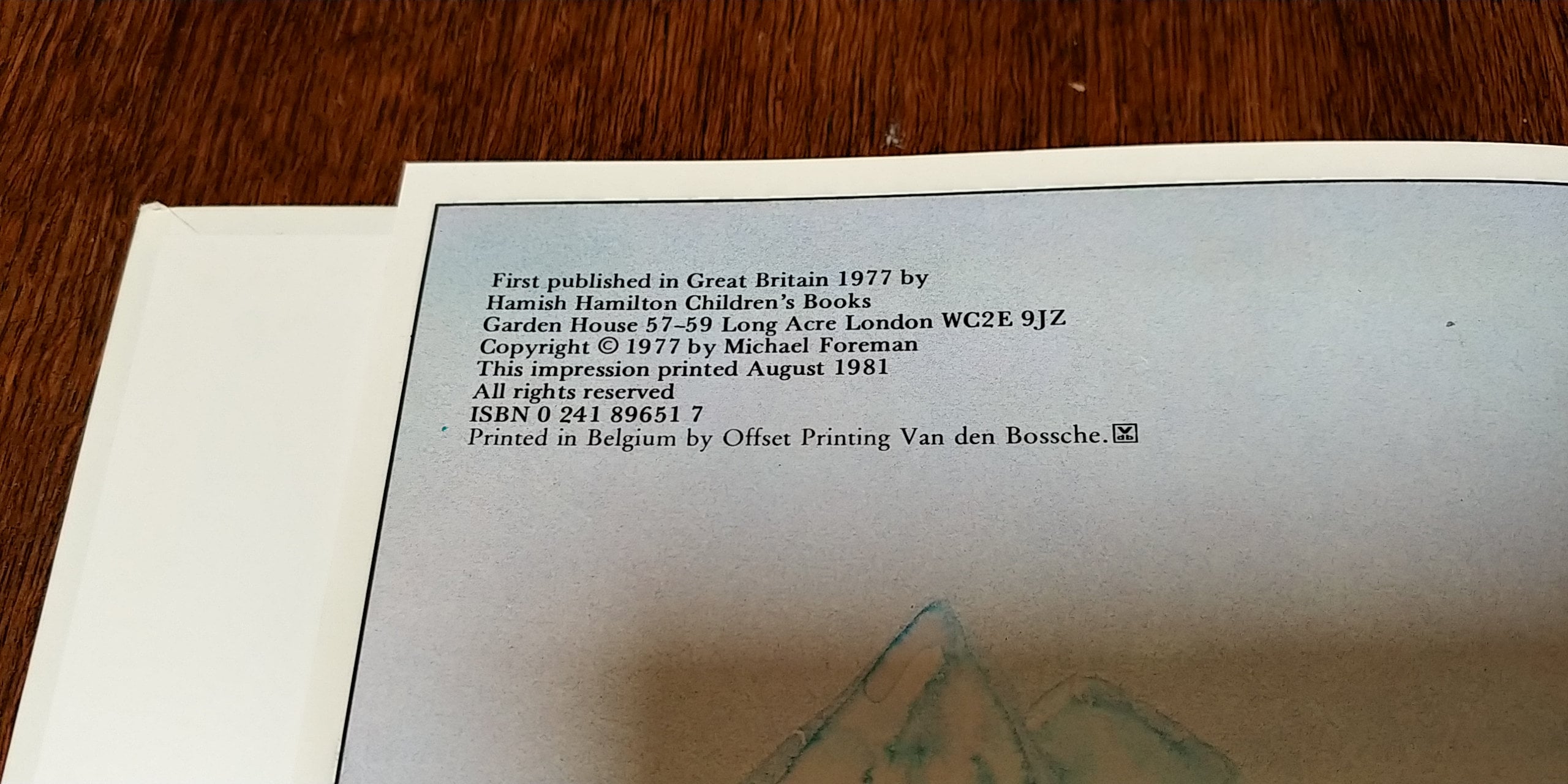 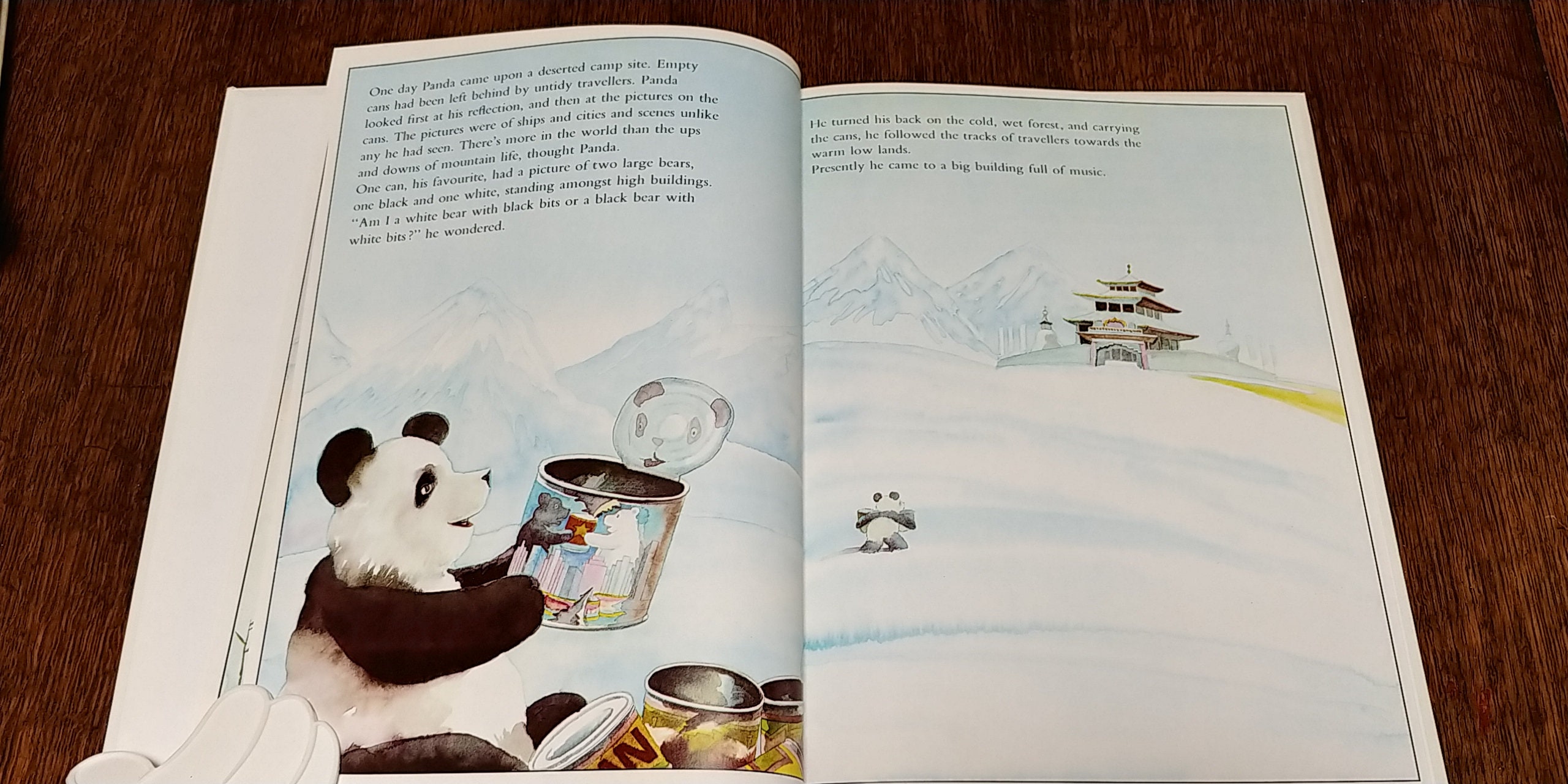 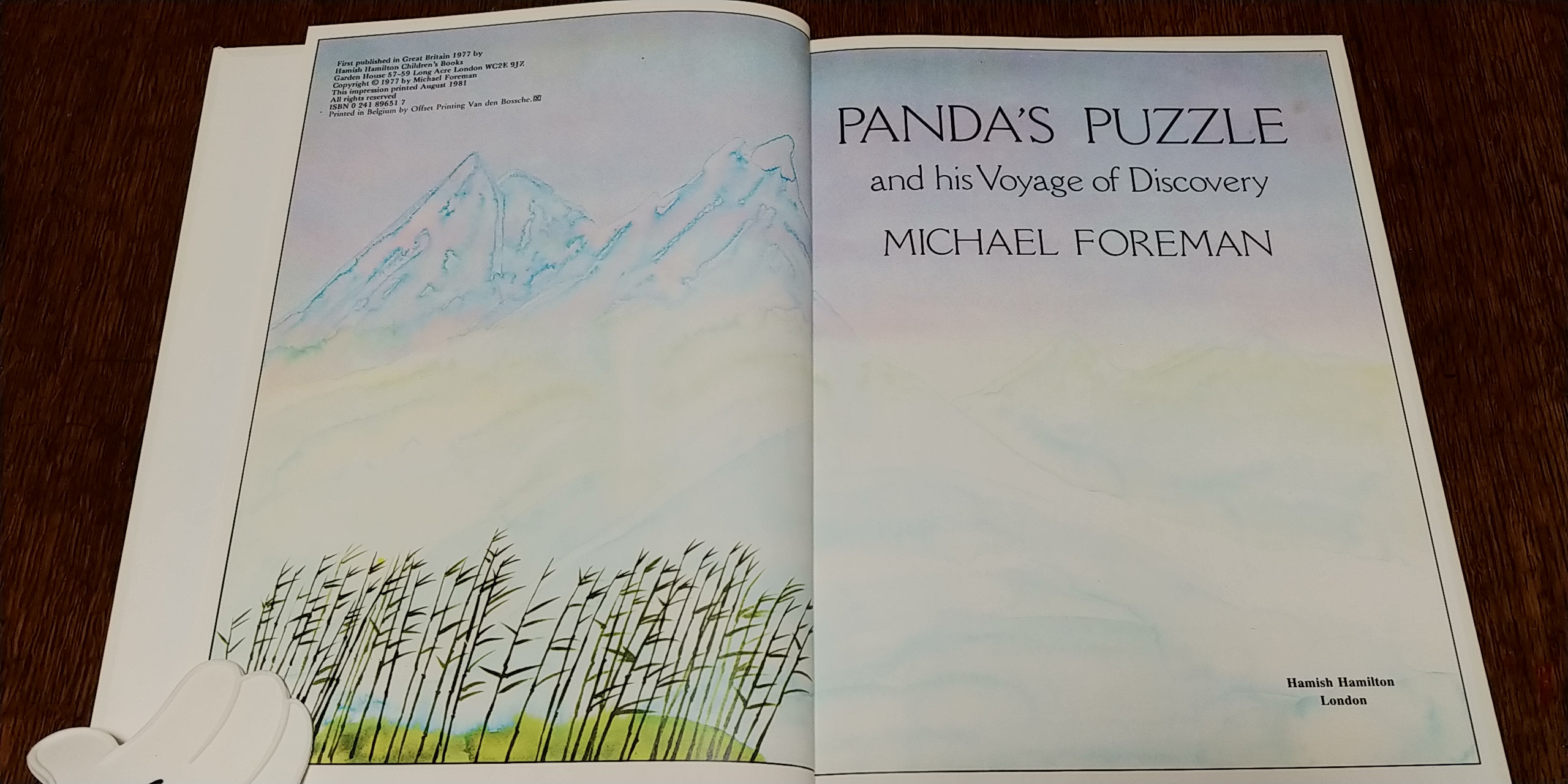 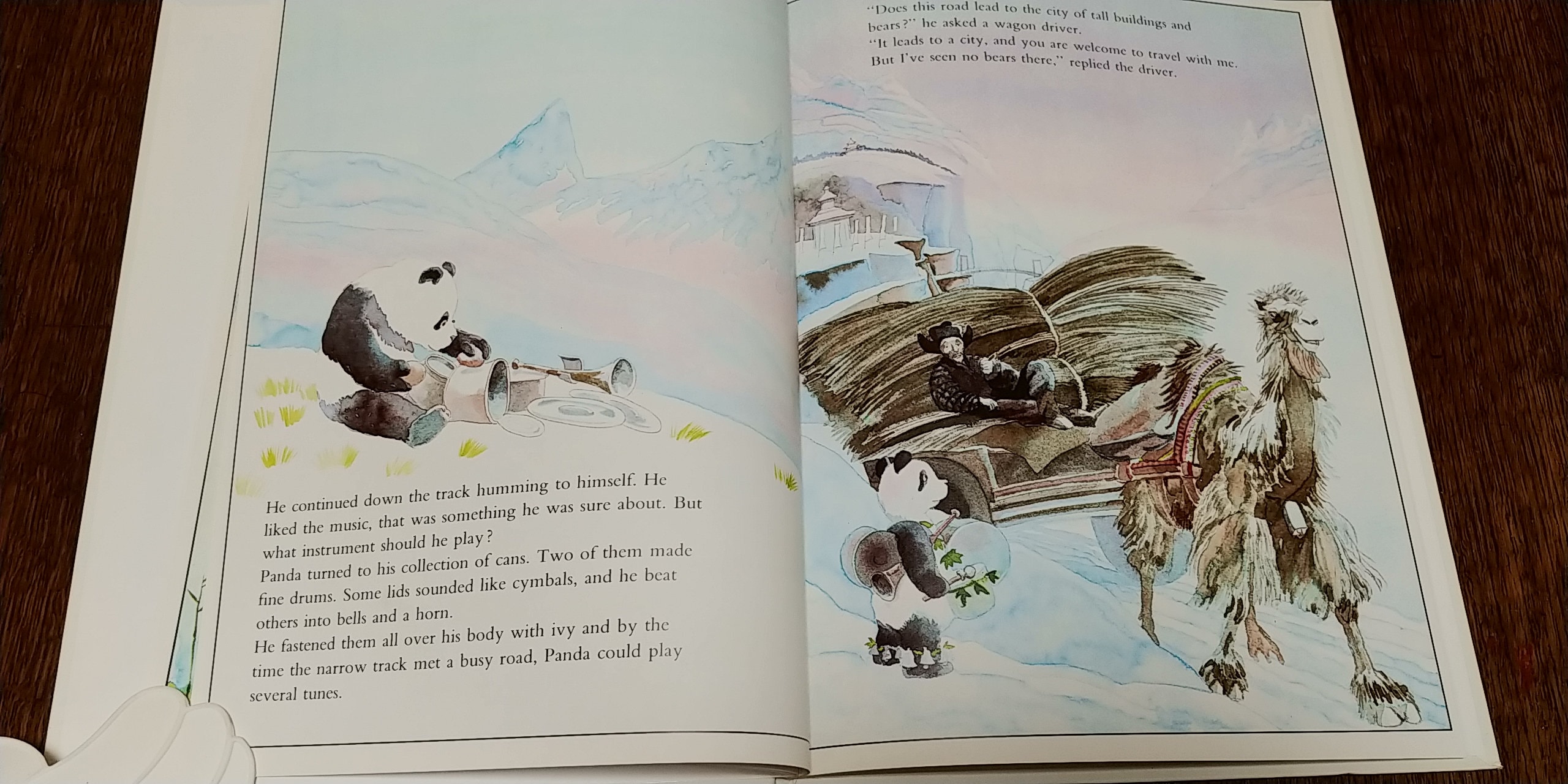 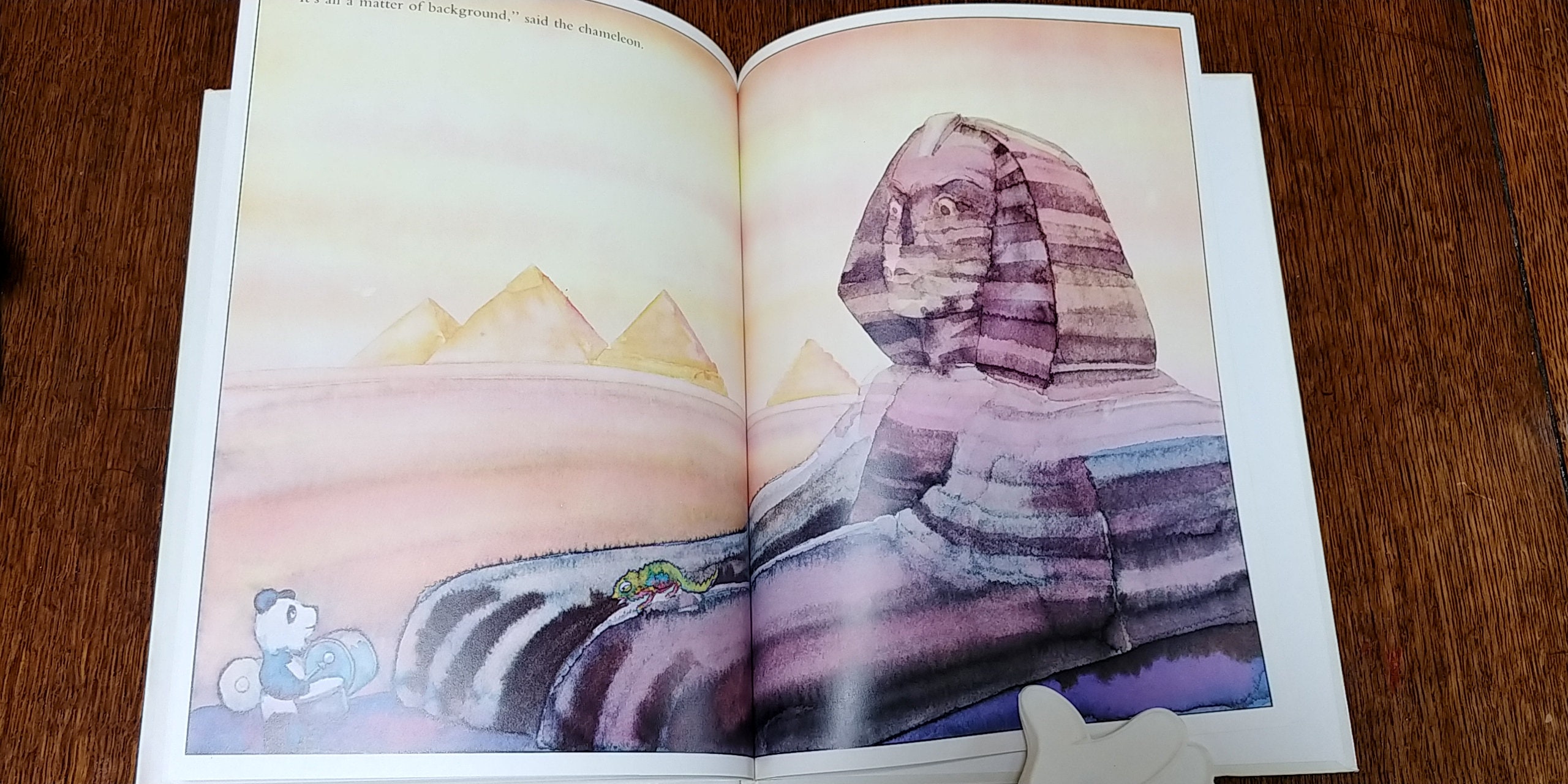 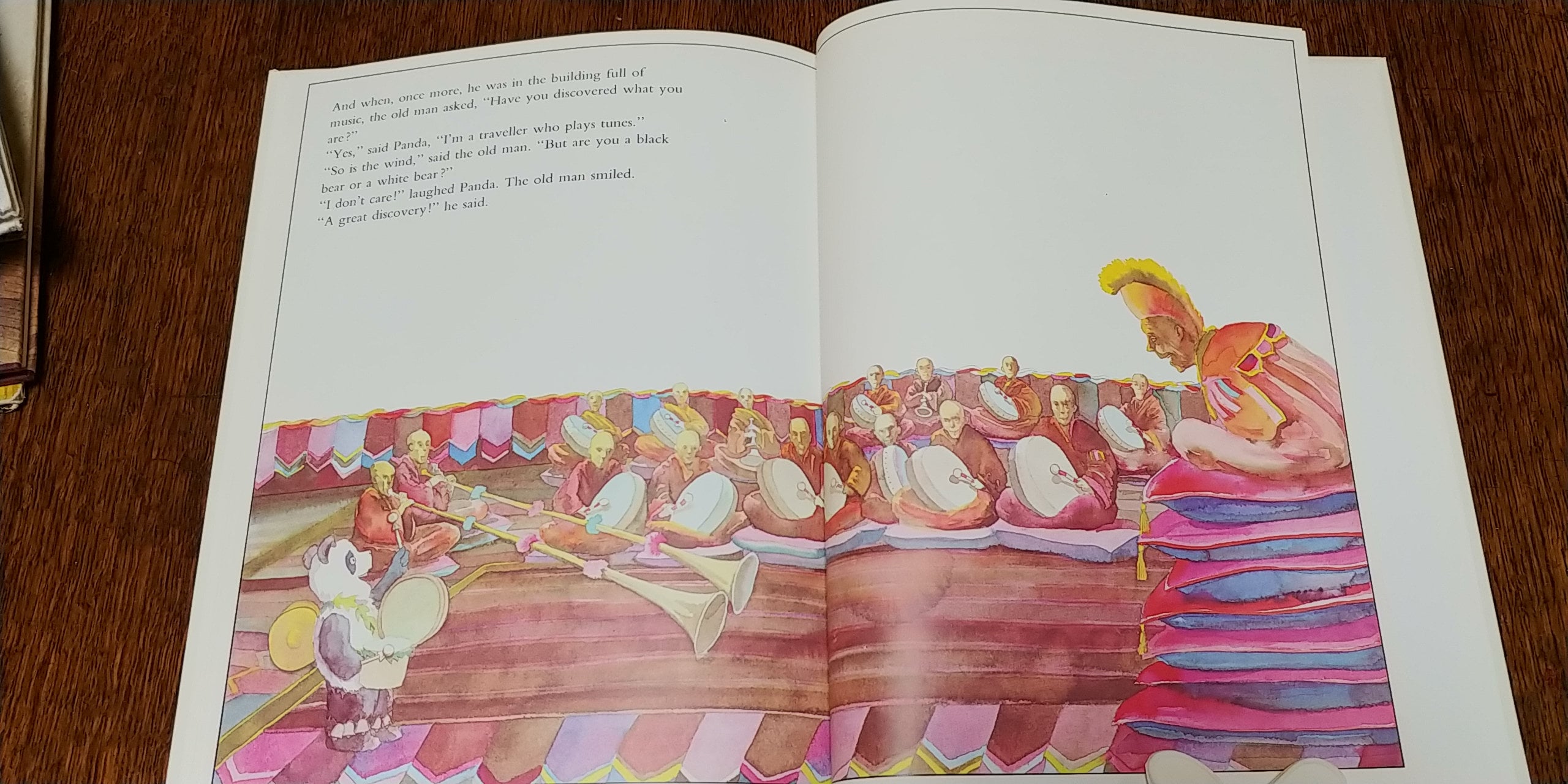 A 1981 re-issue of Panda's Puzzle and his Voyage of Discovery by Michael Foreman timed to coincide with the release of Panda and the Old Lion.

"High in the mountains the winters are long, and in the summer very little sun gets through the thick bamboo forest to warm the earth.

"In the forest lived a panda. A very young panda. He lived all alone as pandas do, and sometimes he wandered down the mountain to find delicious wild flowers and honey to eat."

Panda stumbled onto a deserted camp site strewn about with cans with interesting pictures of cities and landscapes unlike any he'd ever seen in his mountain habitat in China. The label on one of the cans showed two bears; one white, one black. Panda wondered, Am I a white bear with black bits or a black bear with white bits? He set off to find the answer, across China and across the ocean until he arrived in the great city pictured on the can. But no one could answer his question. So, he left, disappointed, and sailed back home, but by the time he returned to the temple, and the priest asked if he'd discovered who he is, the Panda could say, "I don't care!". The priest pronounced that alone a "great discovery."

Michael Foreman (1938) is one of Great Britain's most well-known and appreciated children's book illustrators. He won the 1982 and 1989 Kate Greenaway Medal and has twice been nominated for the Hans Christian Andersen award, the highest achievement for creators of children's books.