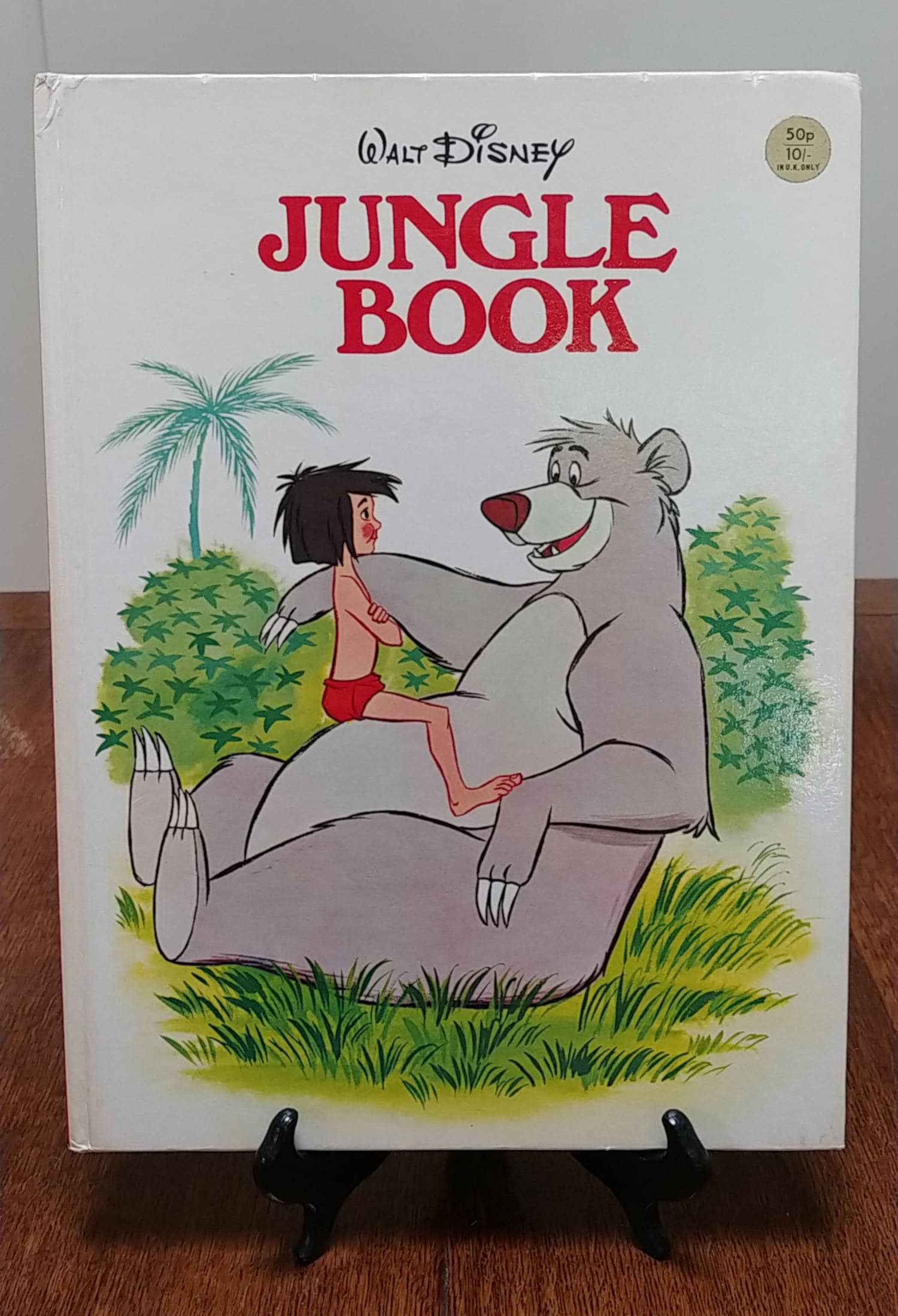 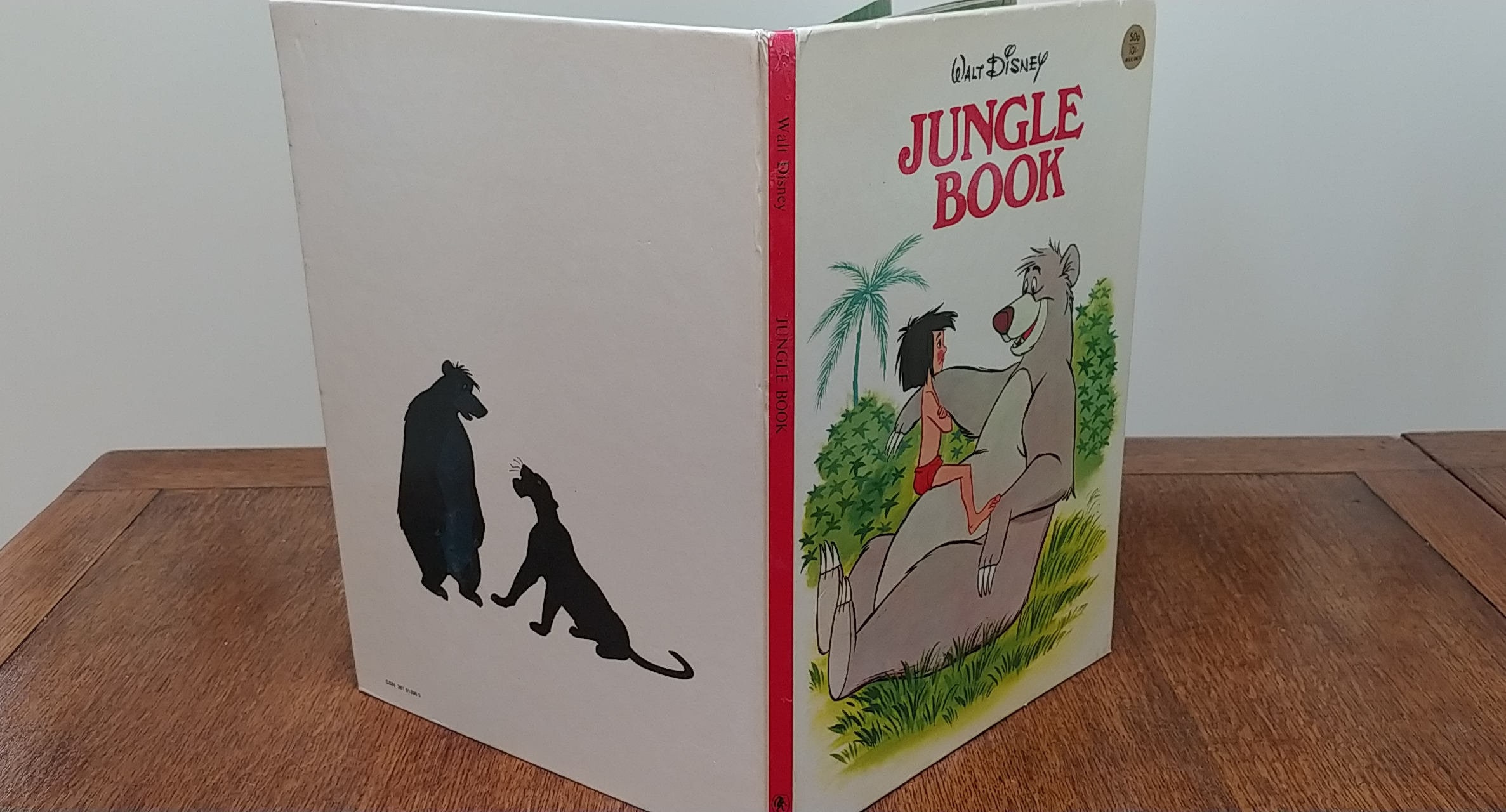 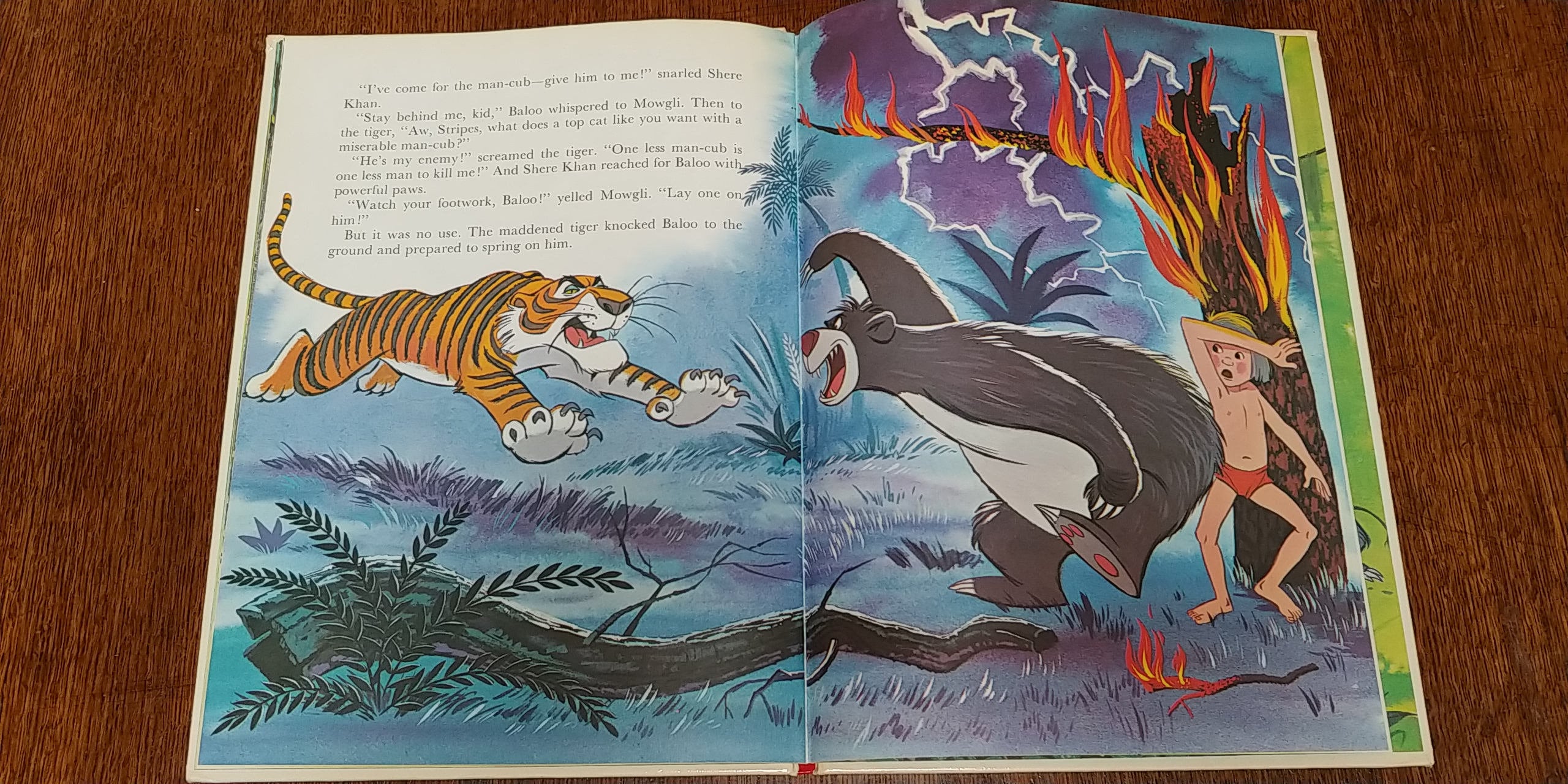 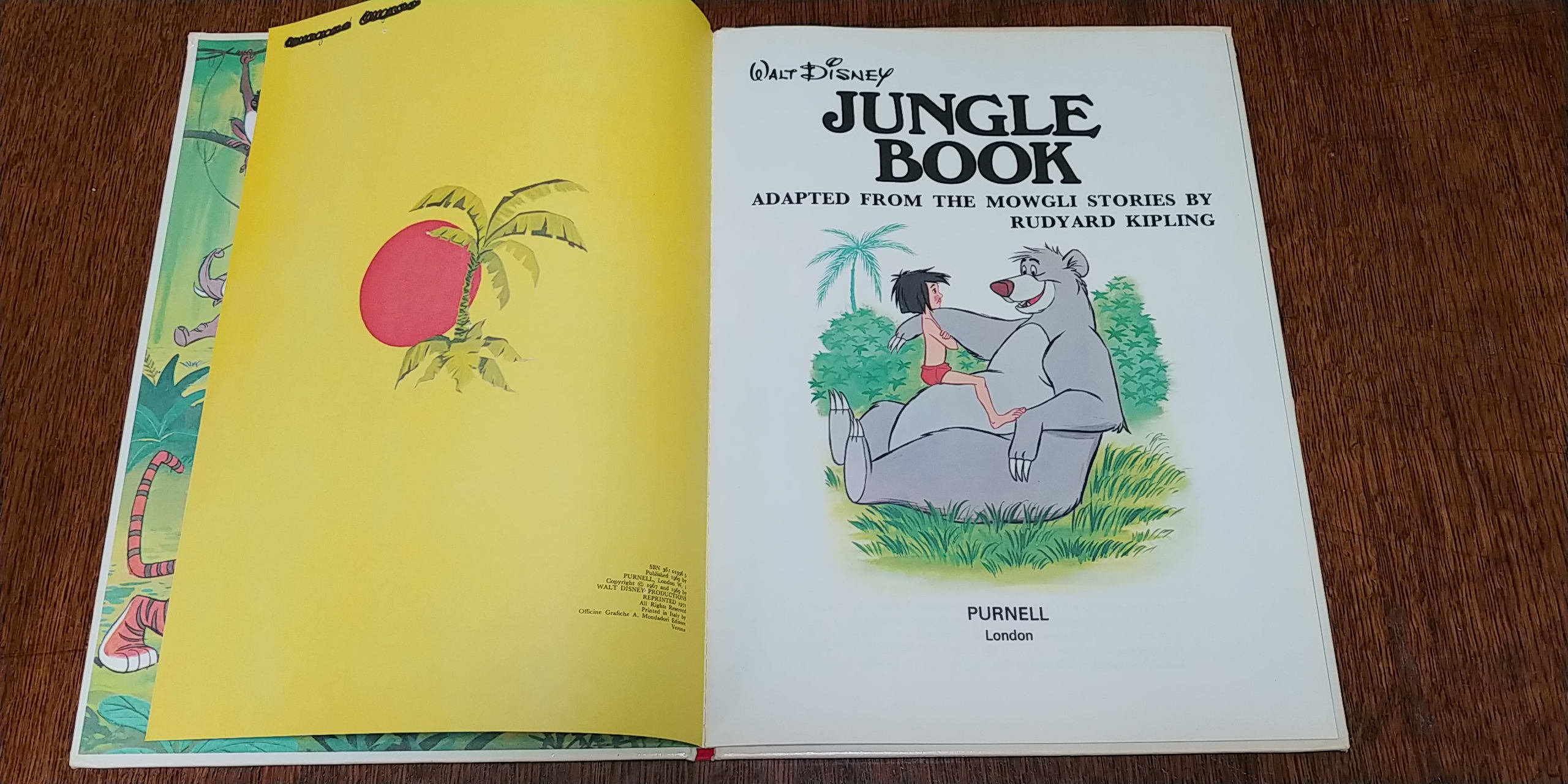 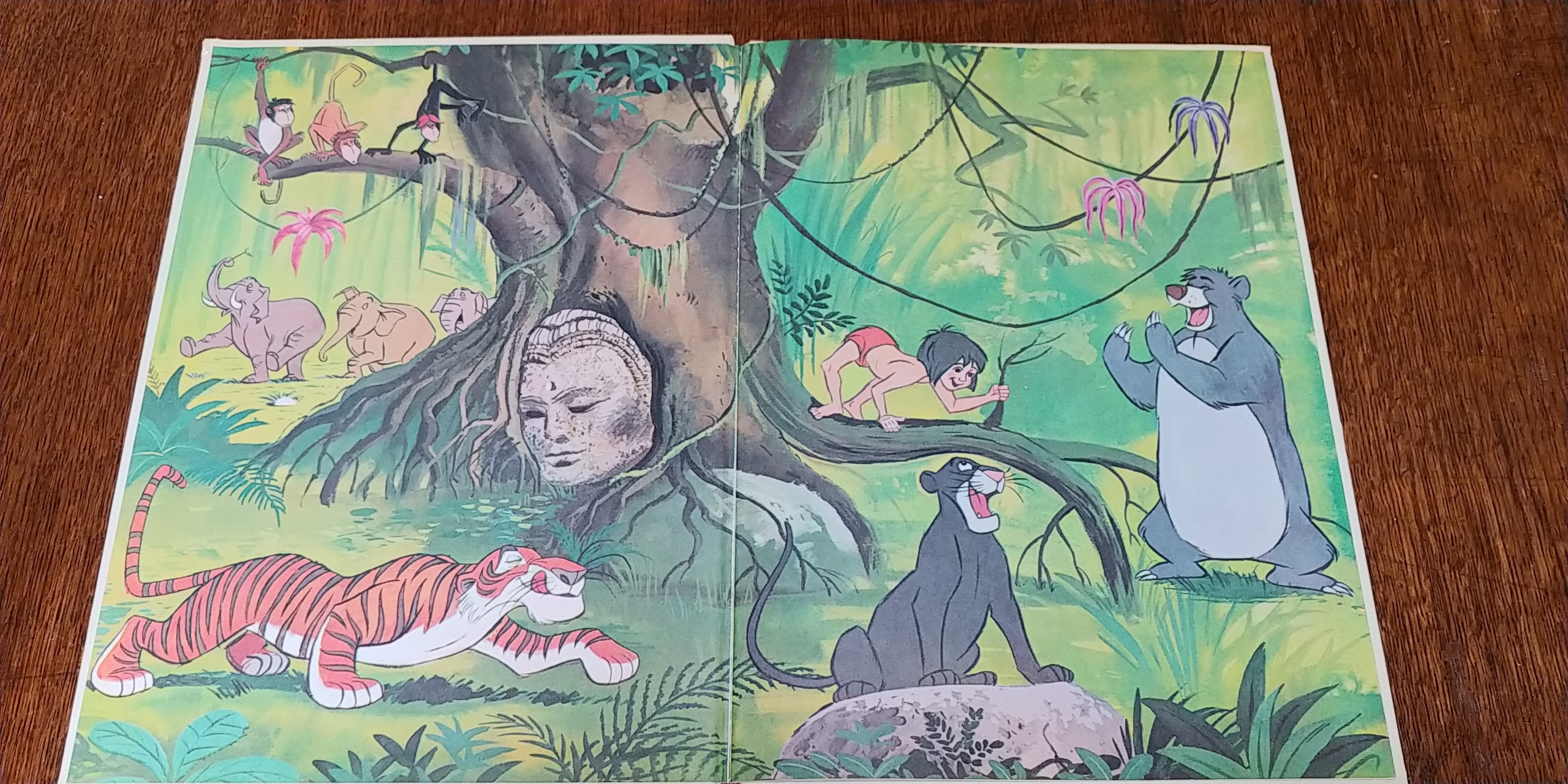 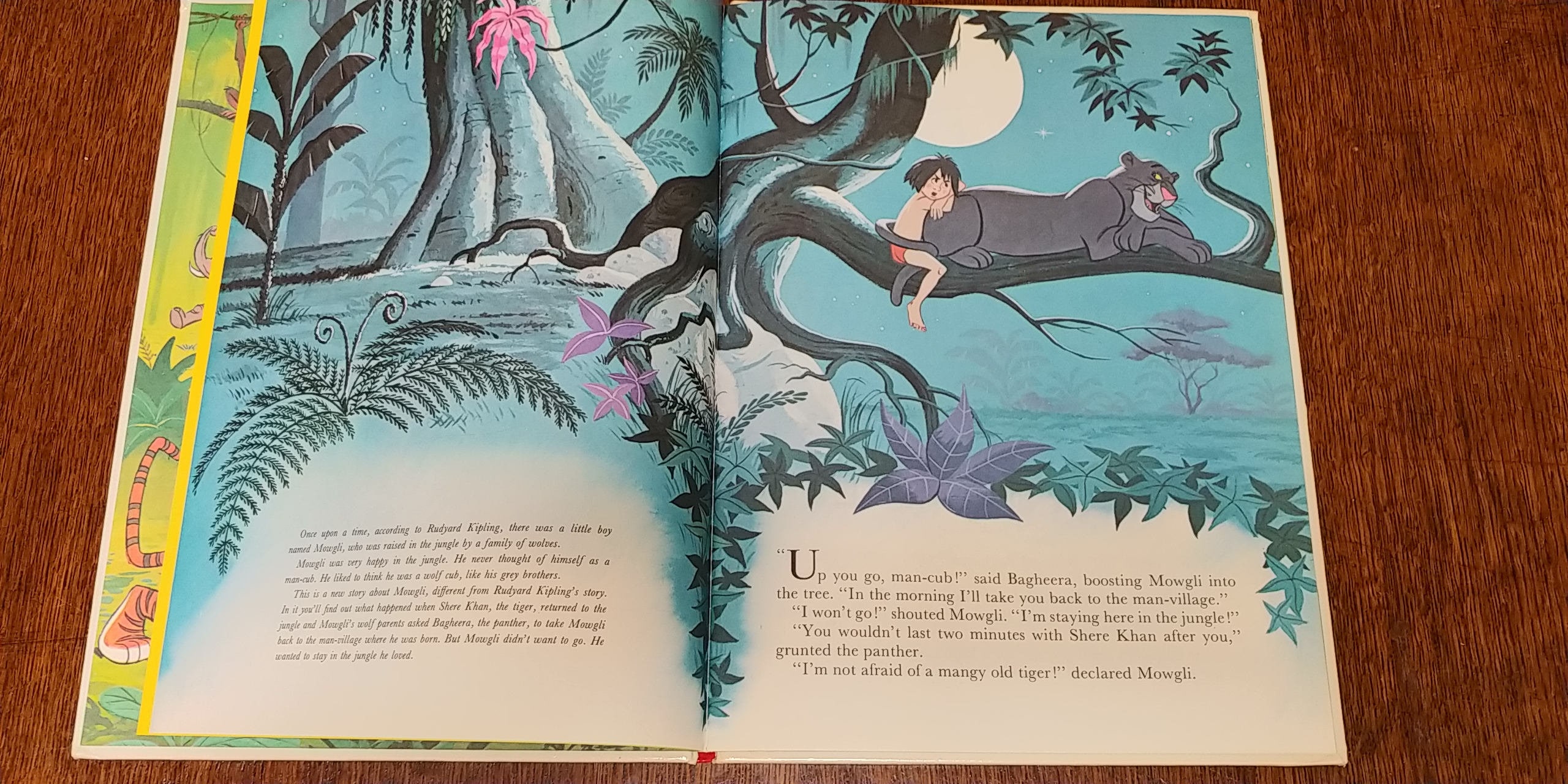 A 1971 UK edition of Walt Disney's Jungle Book, adapted from the Mowgli stories by Rudyard Kipling.

"Once upon a time, according to Rudyard Kipling, there was a little boy named Mowgli, who was raised in the jungle by a family of wolves.

"Mowgli was very happy in the jungle. He never thought of himself as a man-cub. He liked to think he was a wolf cub, like hs grey brothers.

"This is a new story about Mowgli, different from Rudyard Kipling's story. In it you'll find out what happened when Shere Khan, the tiger, returned to the jungle and Mowgli's wolf parents asked Bagheera, the panther, to take Mowgli back to the man-village where he was born. But Mowgli didn't want to go. He wanted to stay in the jungle he loved."

I love the story of Mowgli, and all the characters we've come to love in Disney's Jungle Book: Rama, Bagheera, Baloo, Colonel Hathi and his Dawn Patrol, Kaa, King Louie, and the monkeys. We don't love Shere Khan but he is essential to the story, of course. This 1971 reprint is a tamed-down version of Kipling's original story, and "Mowgli" the movie, and the smaller cast of characters includes Bagheera, Baloo, Colonel Hathi and Baby, and Shere Khan.

Condition*: Very Good. Lacks dust jacket, as issued. The front cover boards has a few small dents across the top edge. A child's name has been marked out in the top left corner of the front flyleaf.