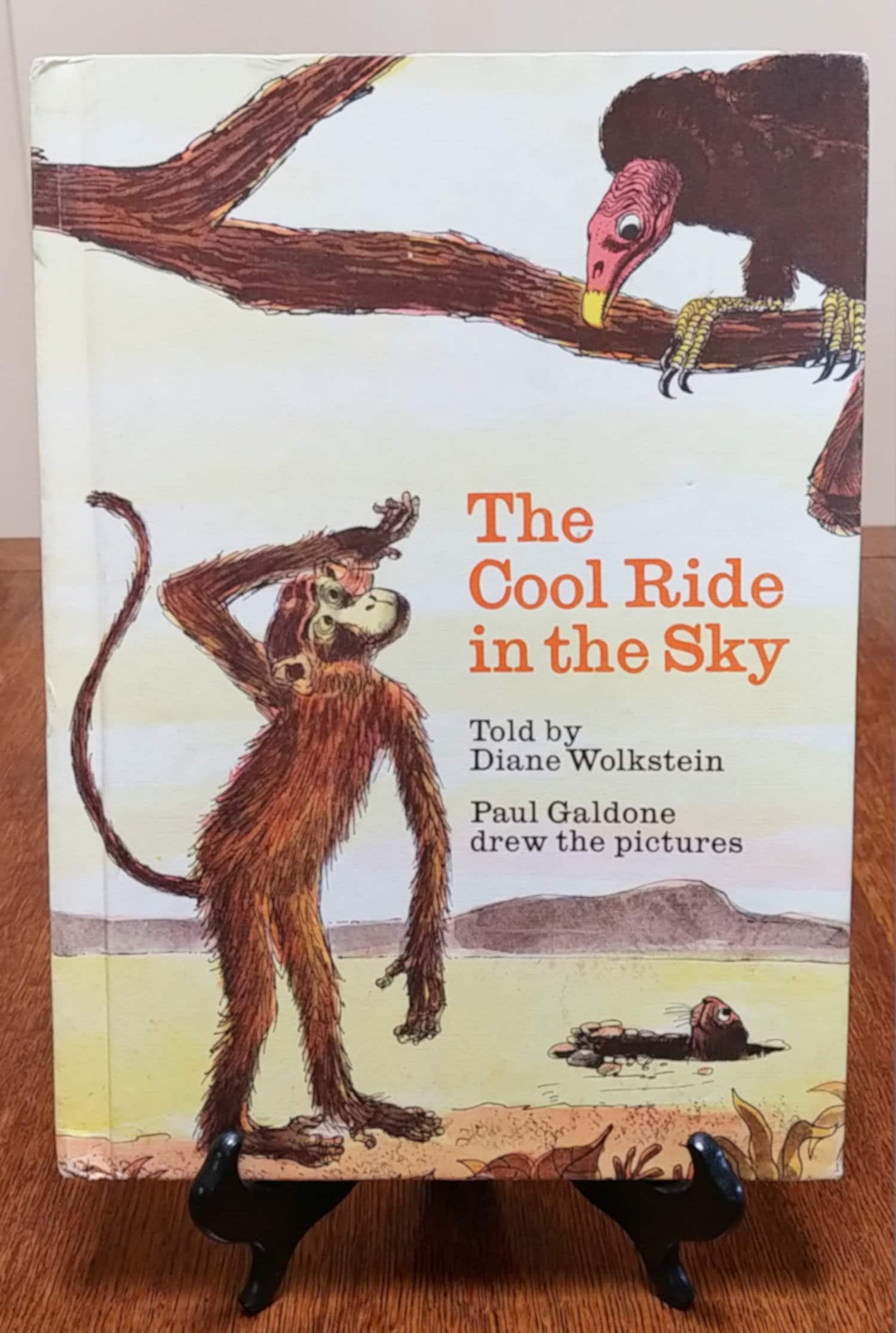 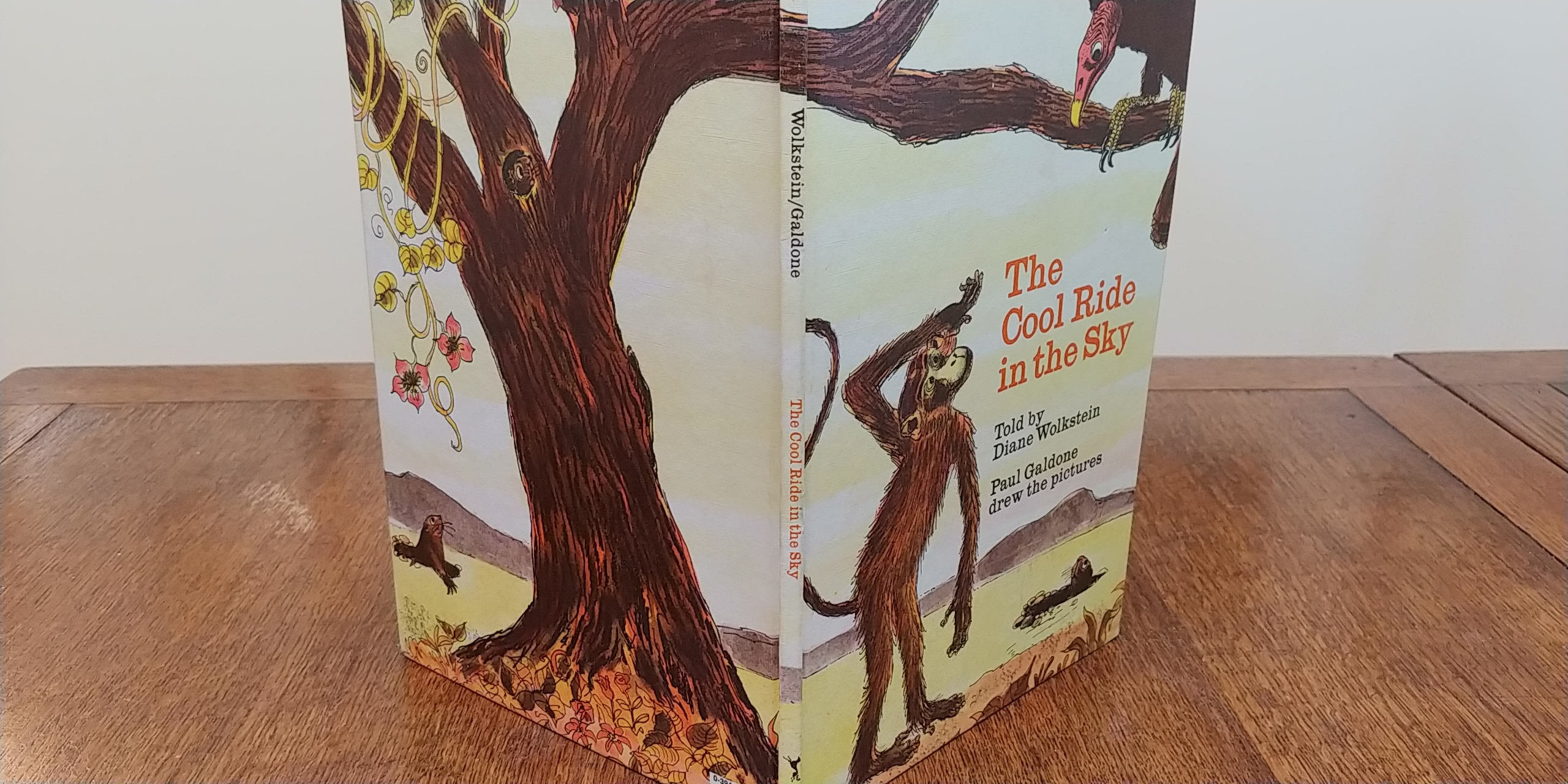 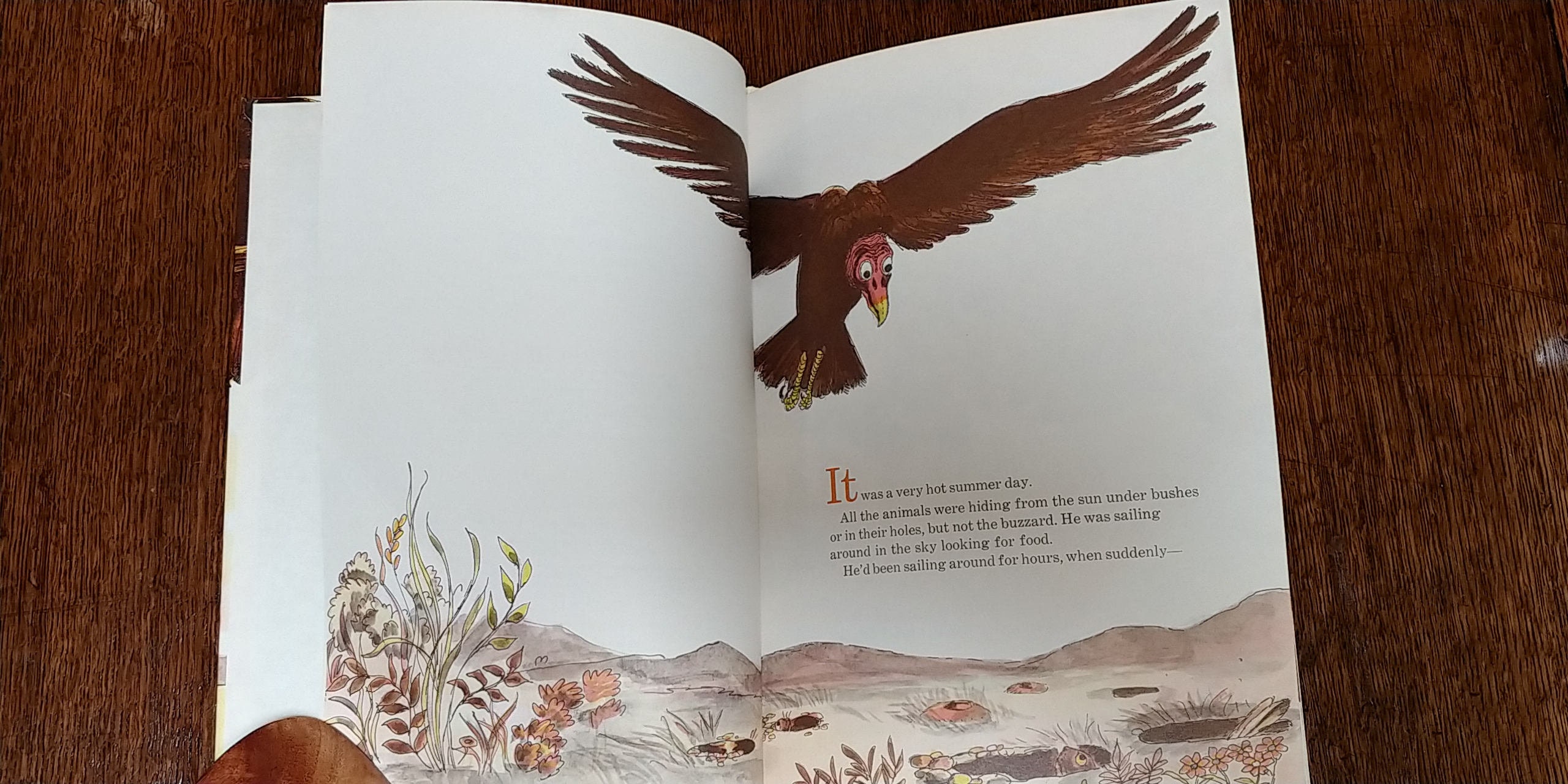 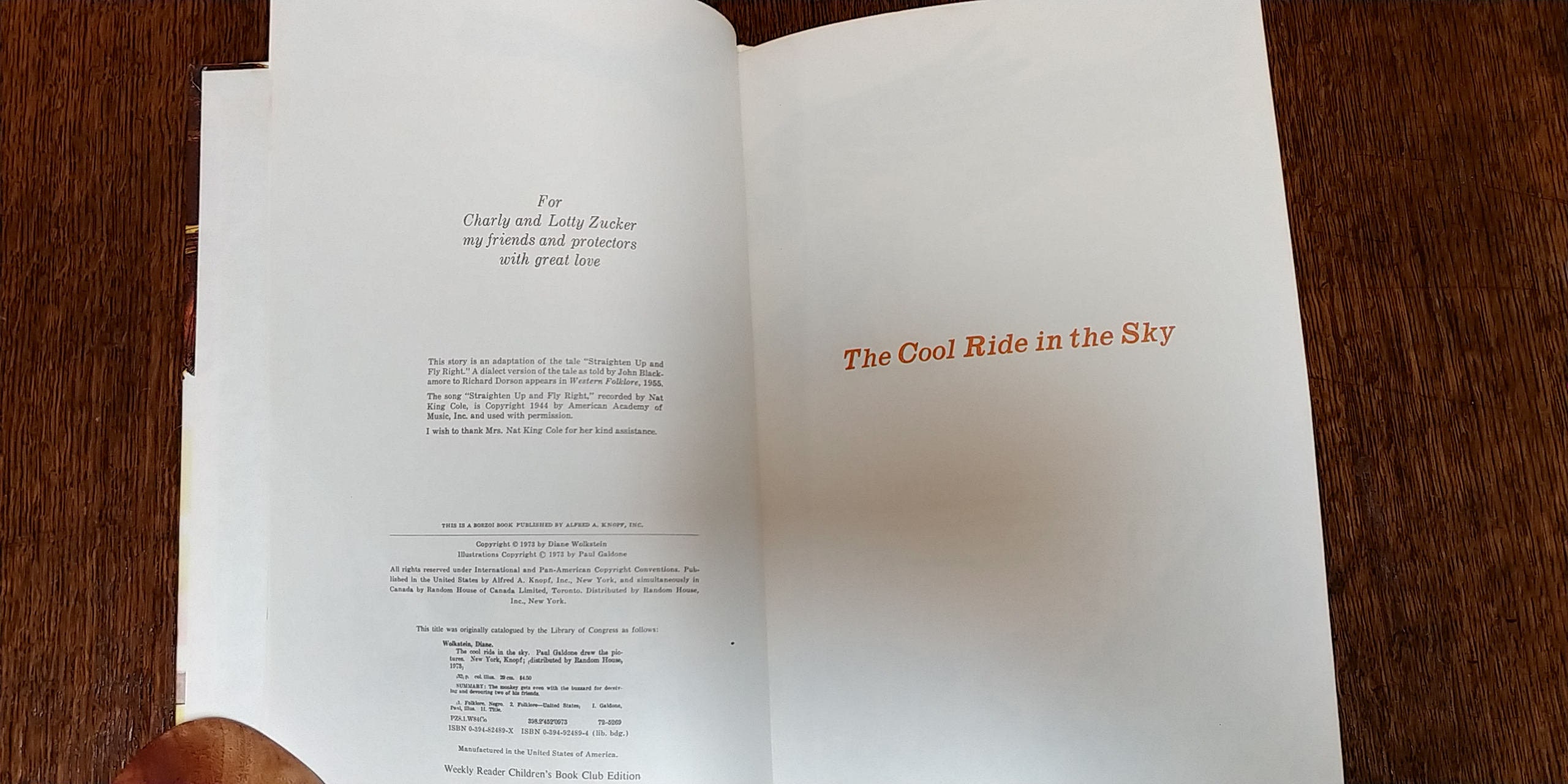 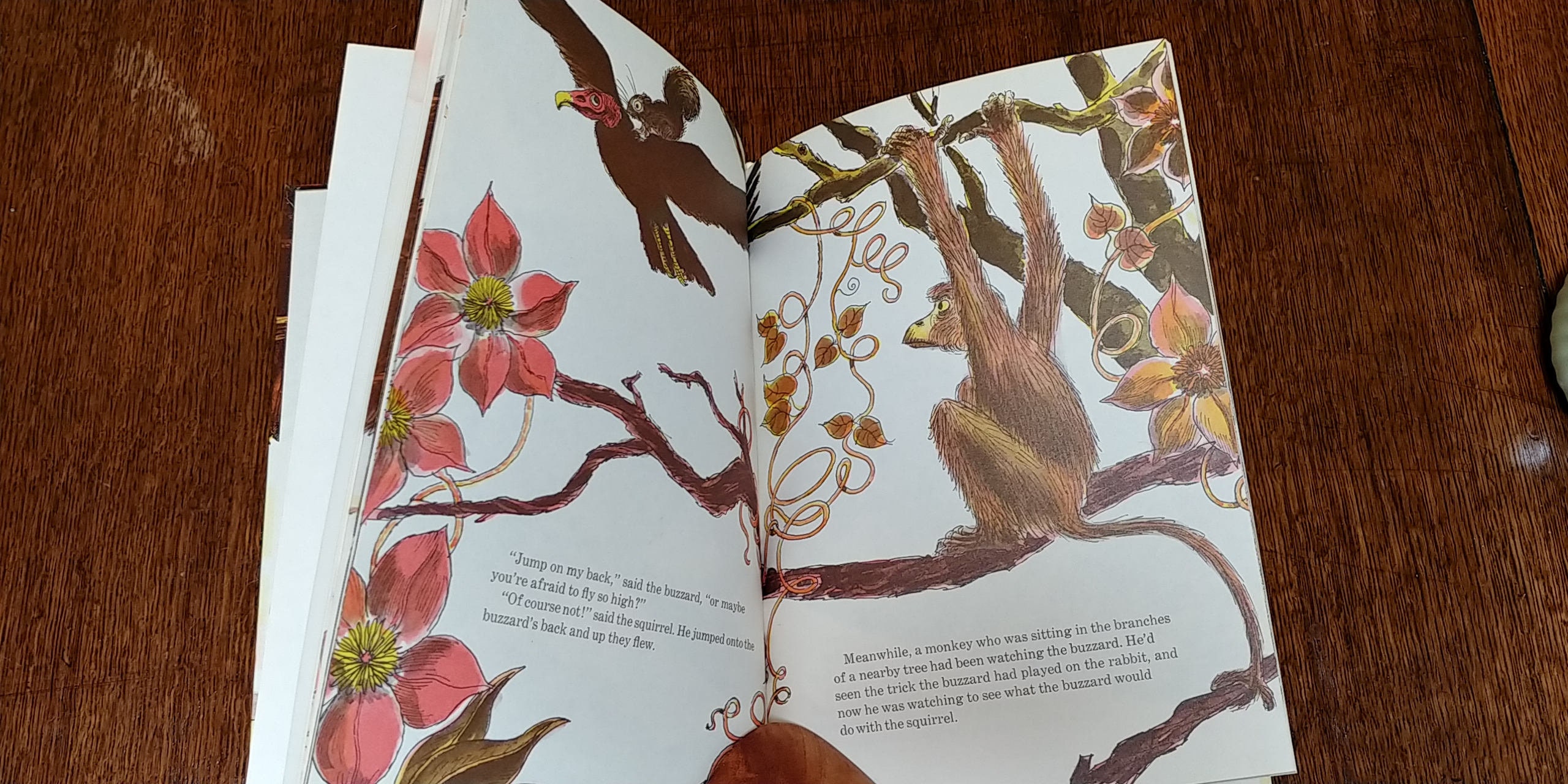 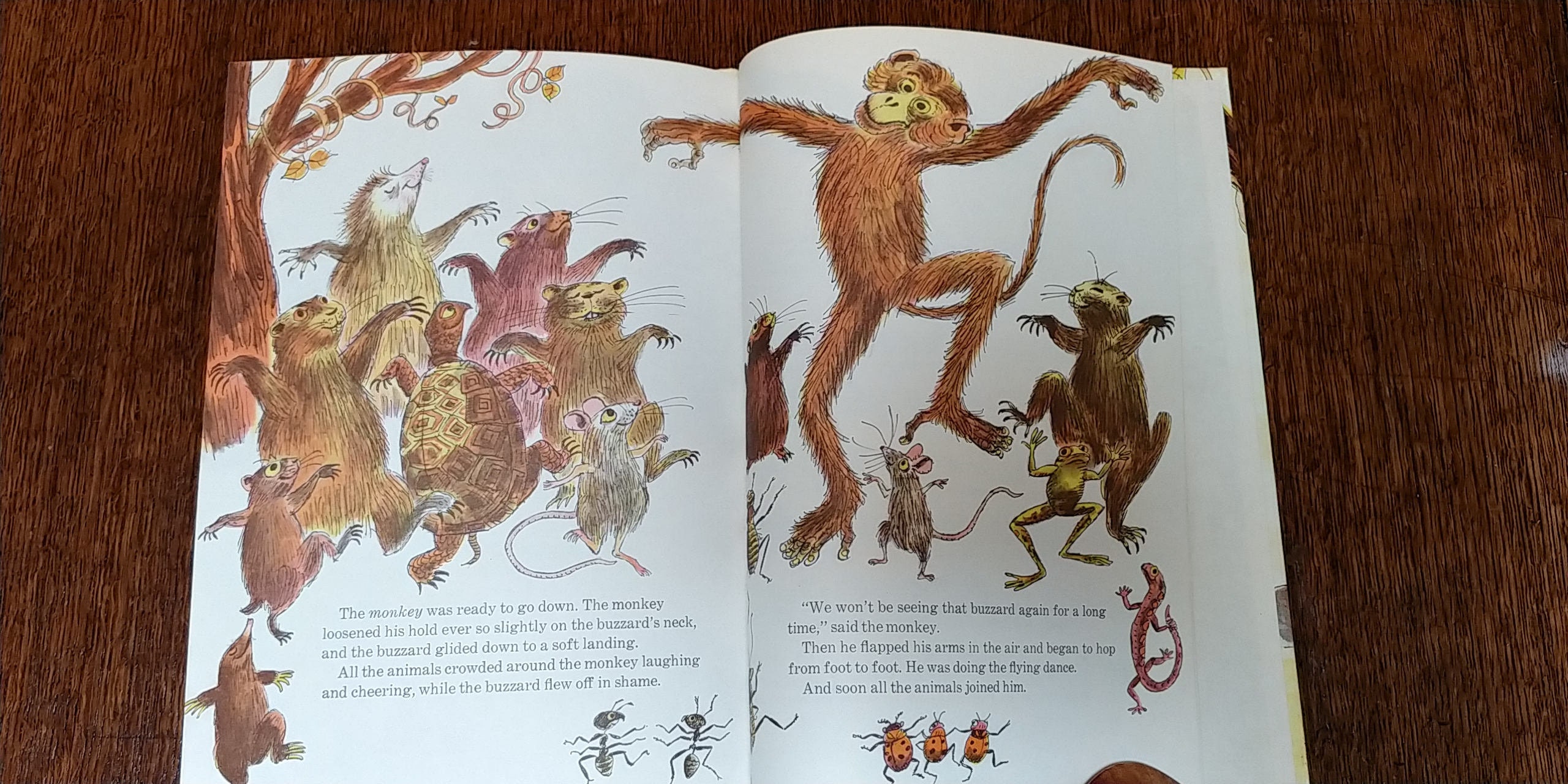 First edition of The Cool Ride in the Sky by Diane Wolkstein. A clever monkey teaches a hungry buzzard a lesson - "Straighten up and fly right!"

"It was a very hot summer day.
All the animals were hiding from the sun under bushes
or in their holes, but not the buzzard. He was sailing
around in the sky looking for food. He's been sailing
around for hours, when suddenly - "

On a hot day, the buzzard tricked a rabbit, then a squirrel, into climbing on his back to go for a ride, high in the sky where it's much cooler, and he ate each of them for lunch. He'd have eaten a monkey too, but the monkey tricked the buzzard into giving him a ride, and instead of getting eaten for dinner, he taught the buzzard to "straighten up and fly right".

Nat King Cole based his famous song, "Straight Up and Fly Right", on this story about the buzzard and the monkey as told to him by his father.

Paul Galdone (1907 - 1986) was a beloved children's book illustrator, recipient of two Caldecott Honor awards for Anatole (1957) and Anatole and the Cat (1958), and the Kerlan Award for his lifetime contributions to children's literature.