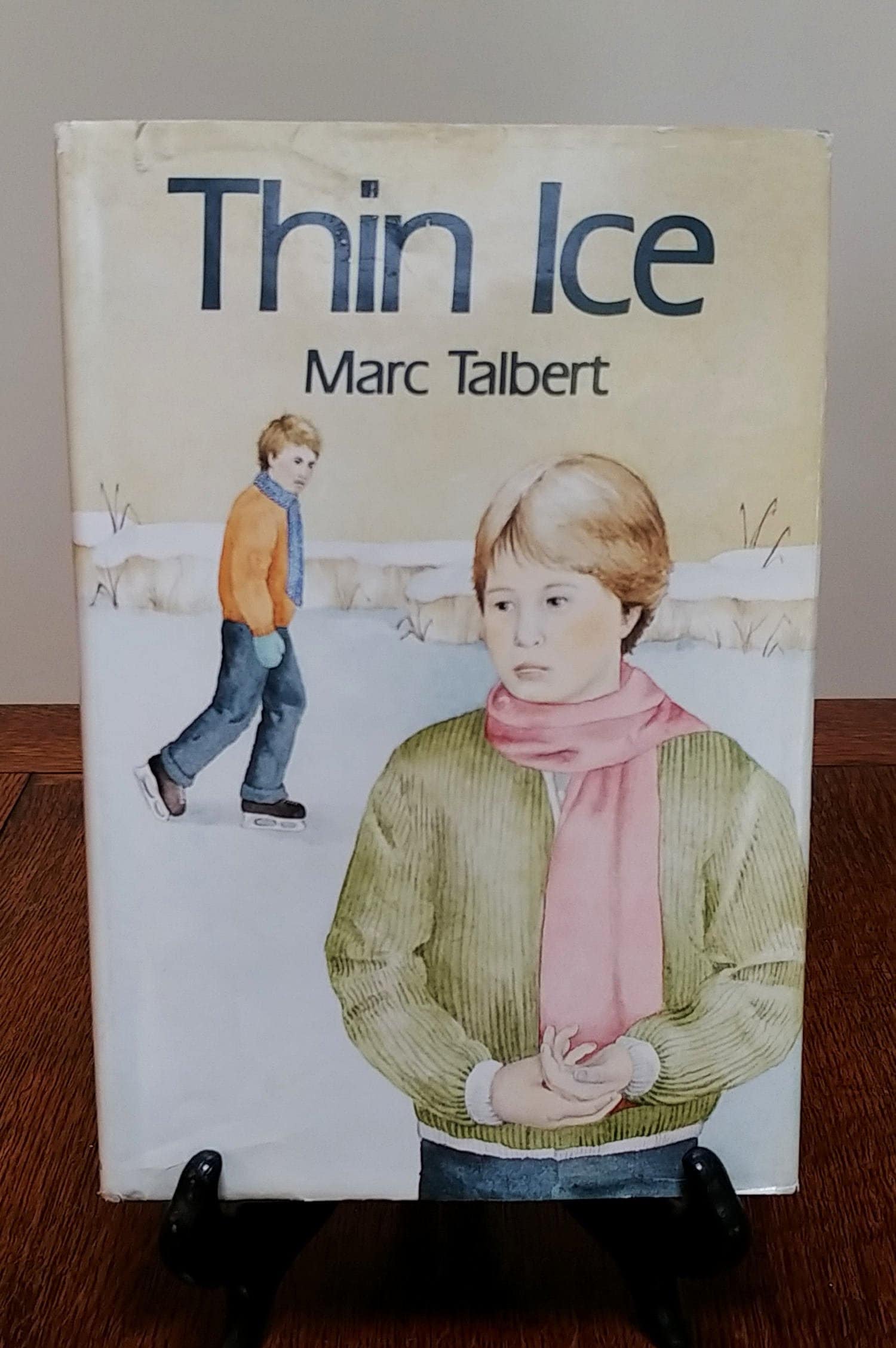 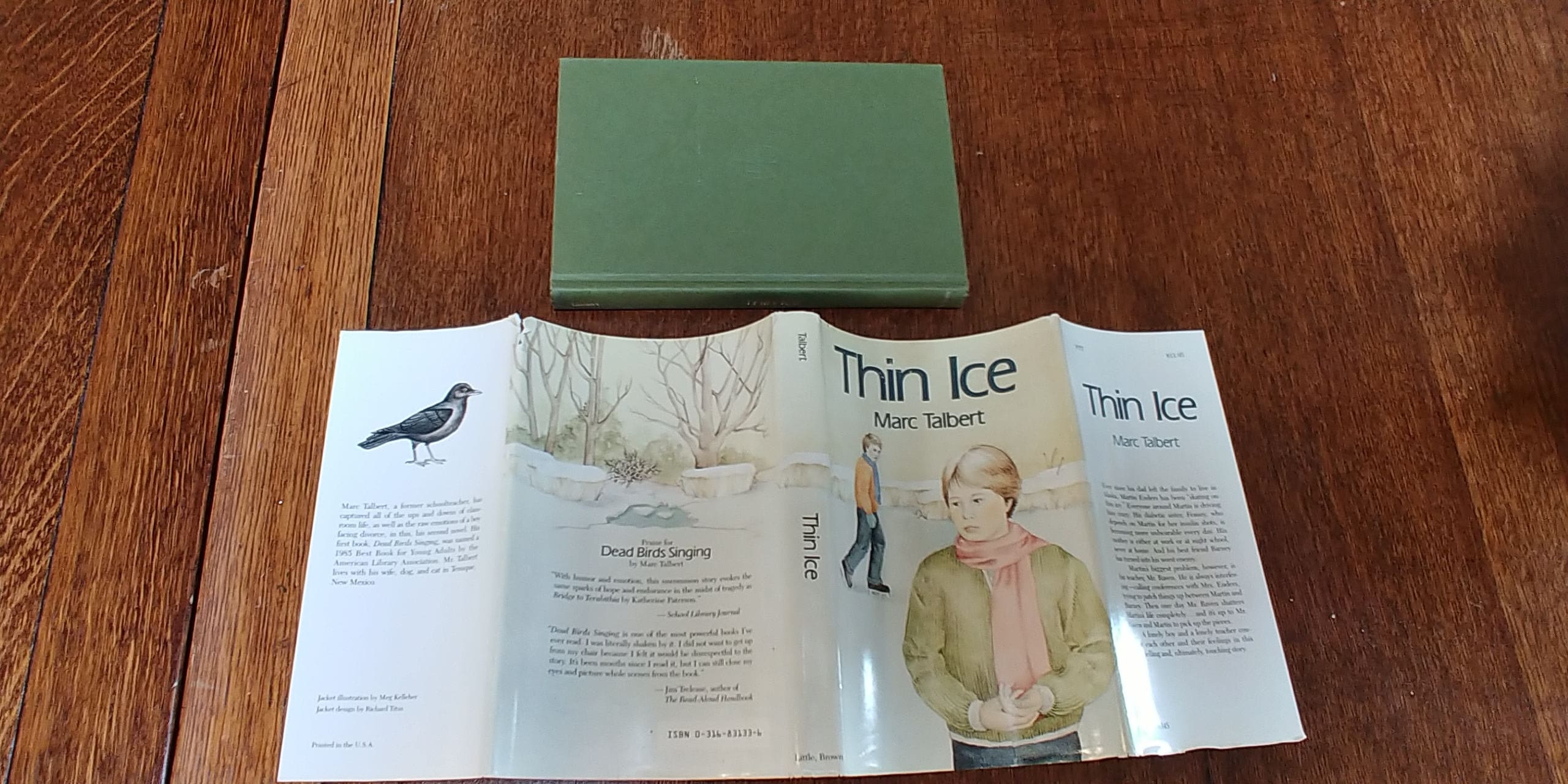 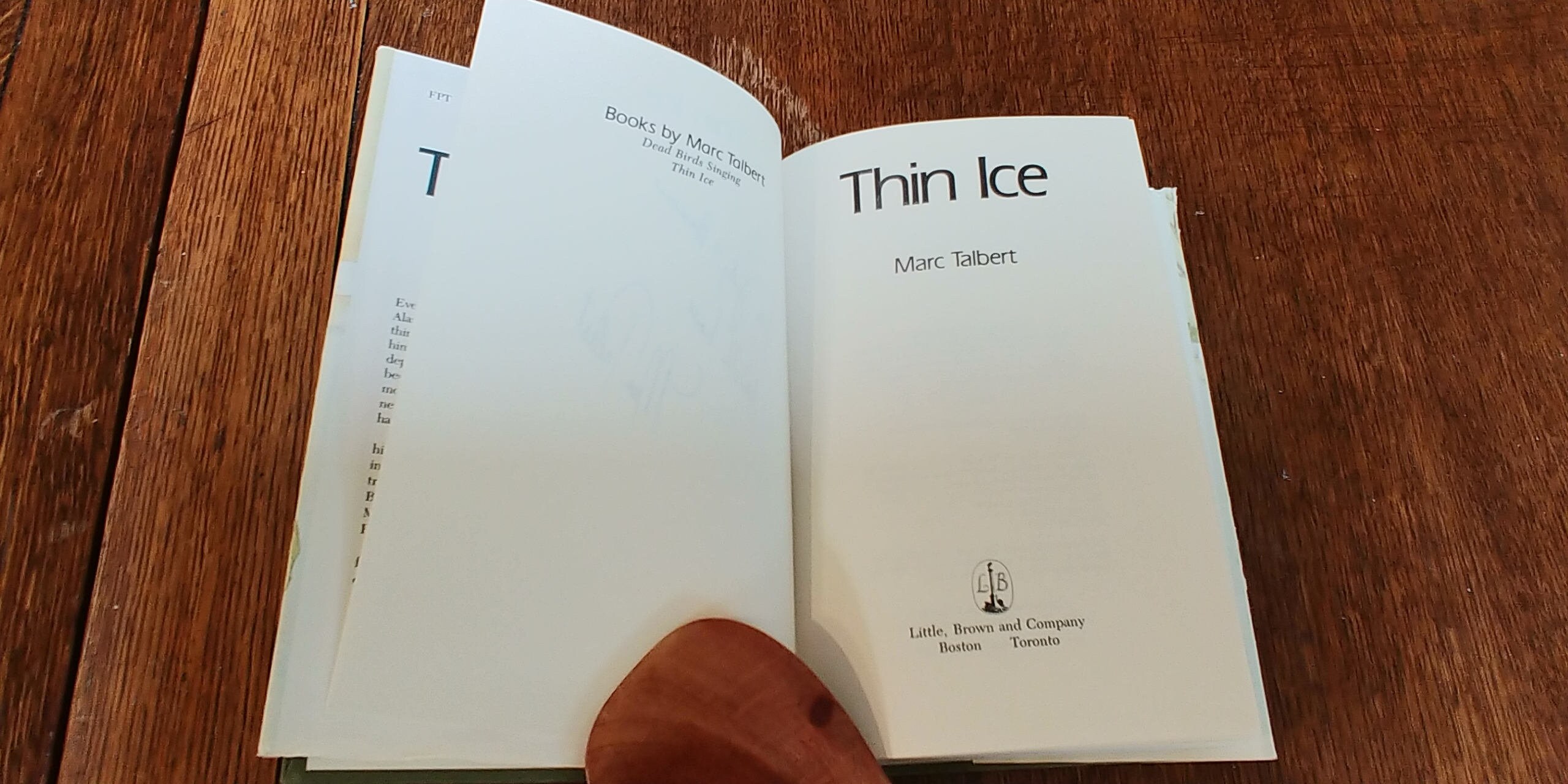 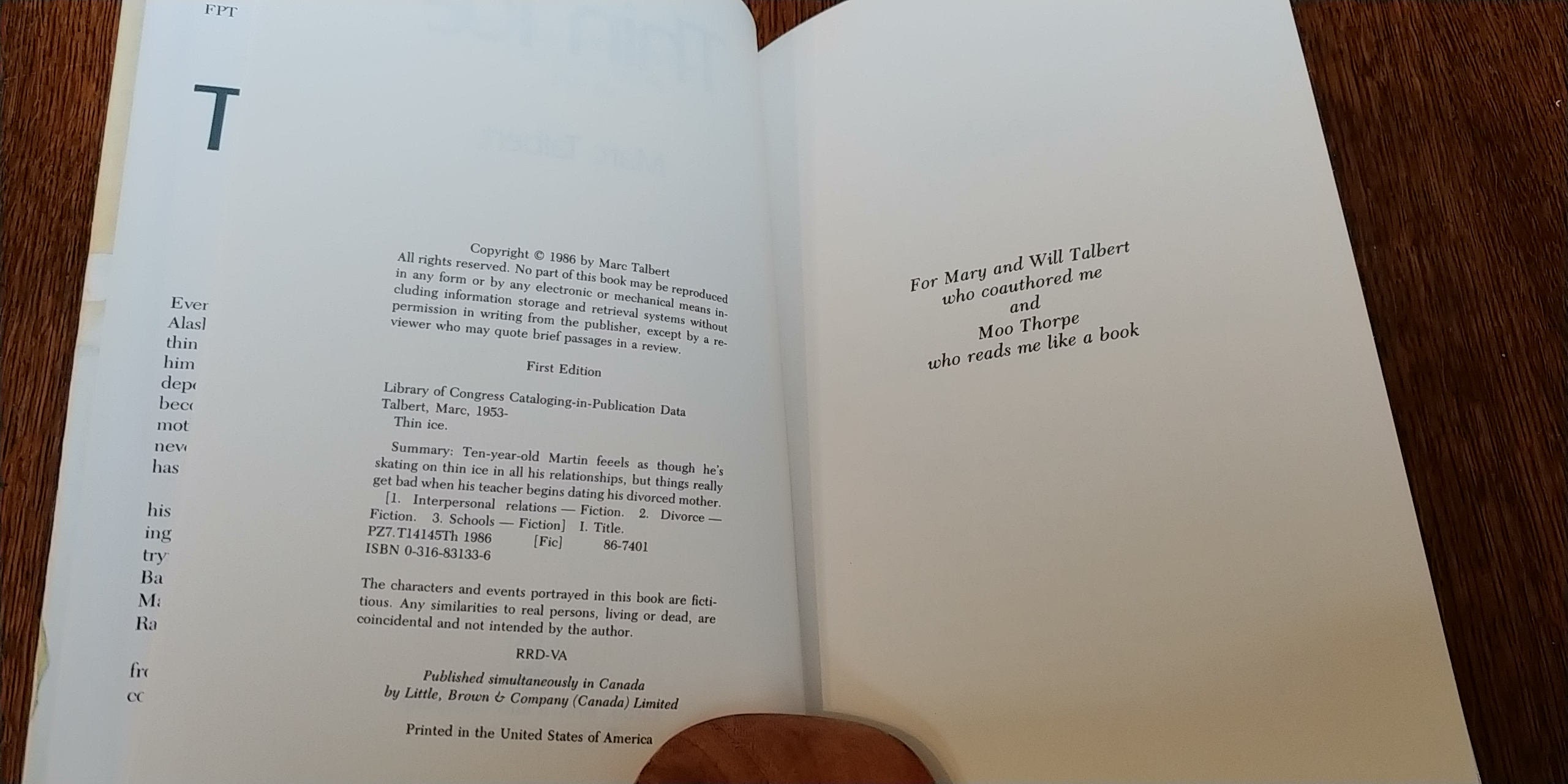 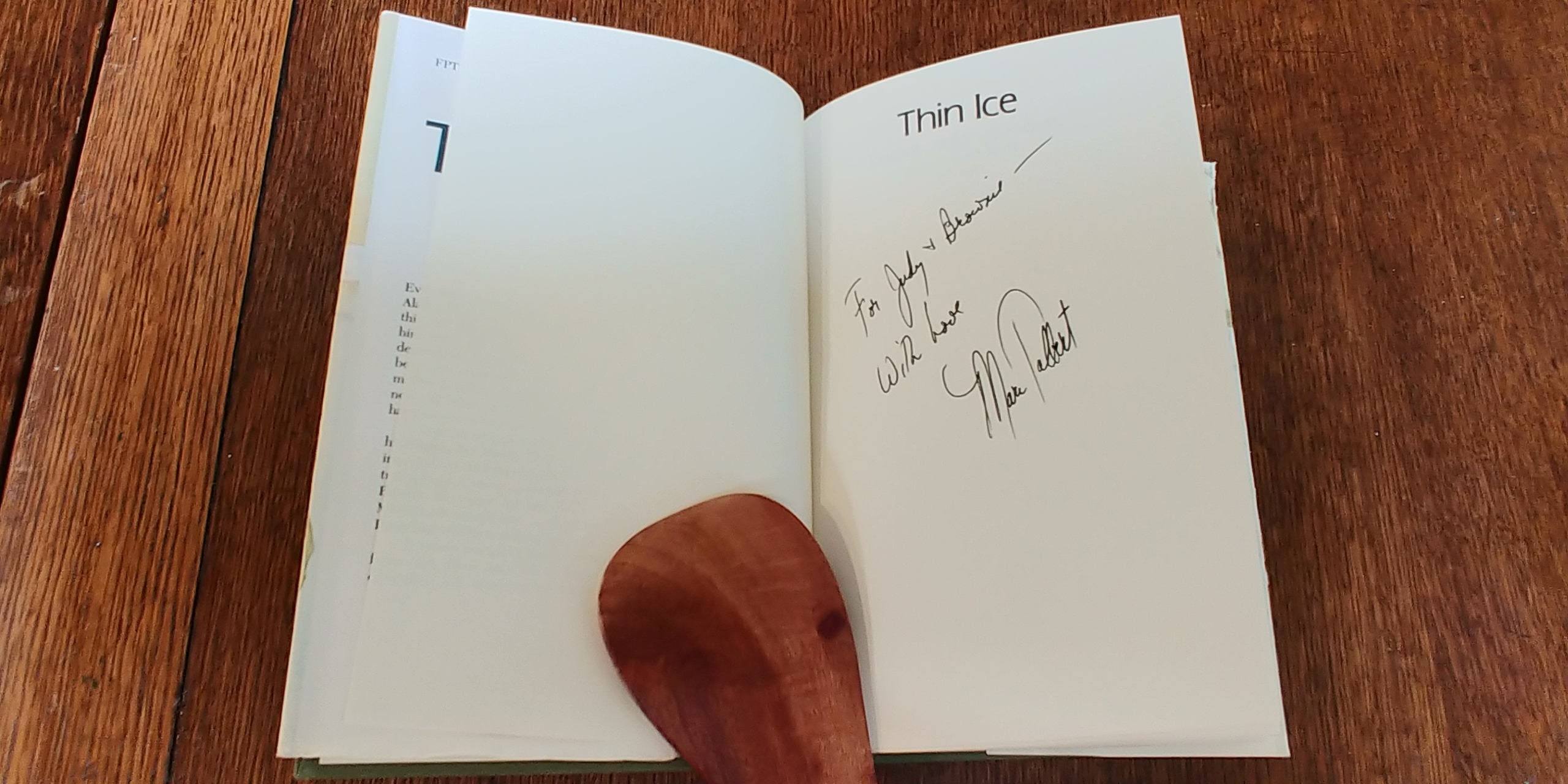 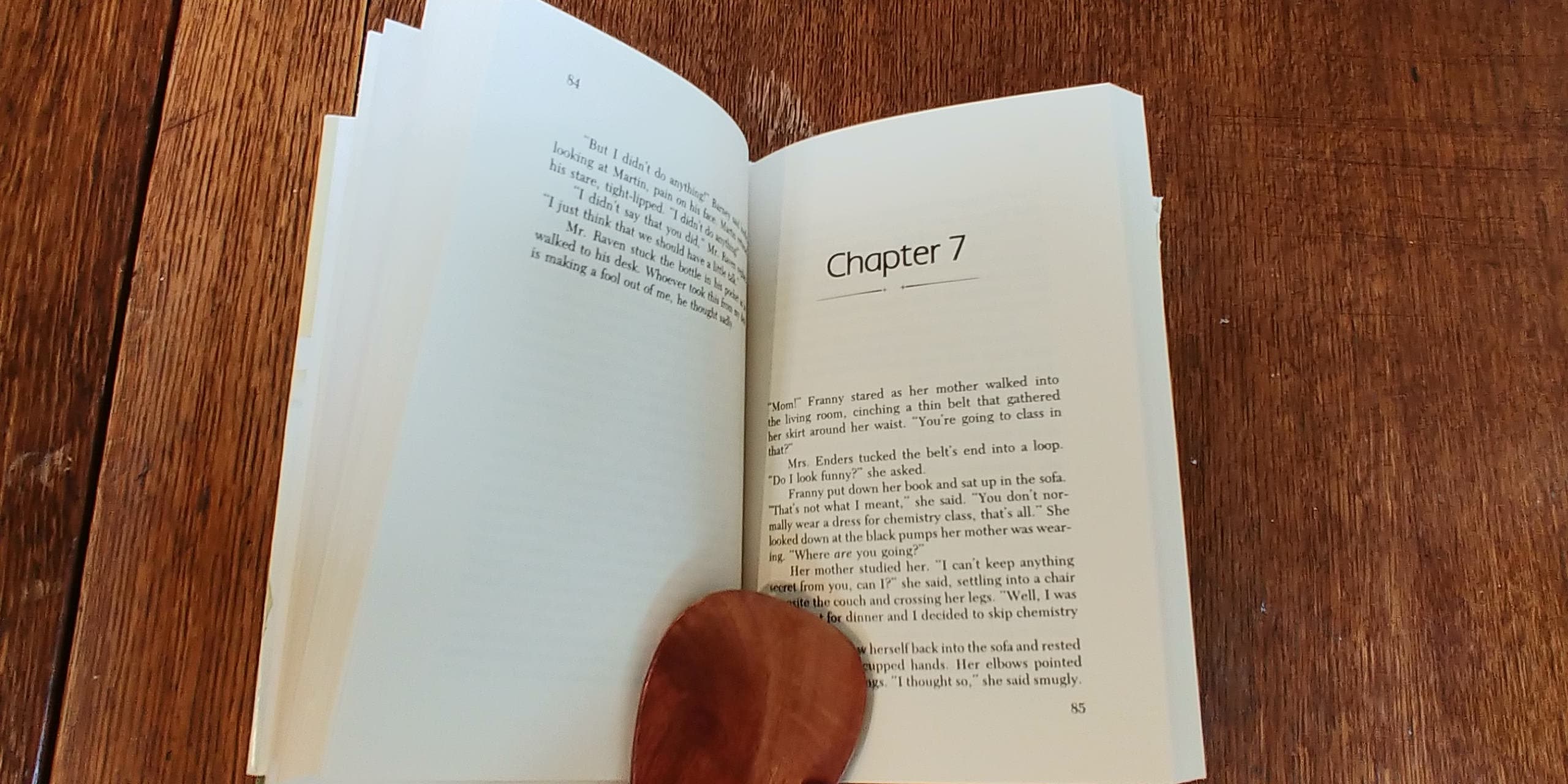 Signed first edition of Thin Ice by Marc Talbert tells the story of a boy who struggles to deal with major life changes and the teacher who helps him understand himself and reconcile his relationships.

Publisher's Weekly described Thin Ice, Talbert's second novel, as "remarkably clear and uncondescending", and "A beautifully written book that explores the turbulent feelings engendered by divorce and growing up."

Ten-year old Martin is forced to deal with a variety of overwhelming emotional situations in a short time. His father leaves home, which leads to his parents' divorce. He breaks with his best friend. He feuds with his diabetic sister, who's dependent on him to deliver her shots, as their mother is either working or going to night school. And then his teacher, Mr. Raven, begins dating his mother. It's all too much! But Mr. Raven turns out to be a good guy, and he helps Martin work through these big life changes and challenges.

Marc Talbert (1953 - ) is a child psychologist and in addition to Thin Ice wrote Dead Bird Singing, The Purple Heart, Star of Luis, Rabbit in the Rock, Paper Knife, Altogether Earnest, and other books.

Condition*: Near Fine/Very Good. Dust jacket: Minor shelf wear with mild ruffling along the top and bottom edges; two small closed tears on the front, top edge; small closed tear on the back corner, top; a few small chips on the bottom edge due to shelf wear. Book is inscribed and signed by author.