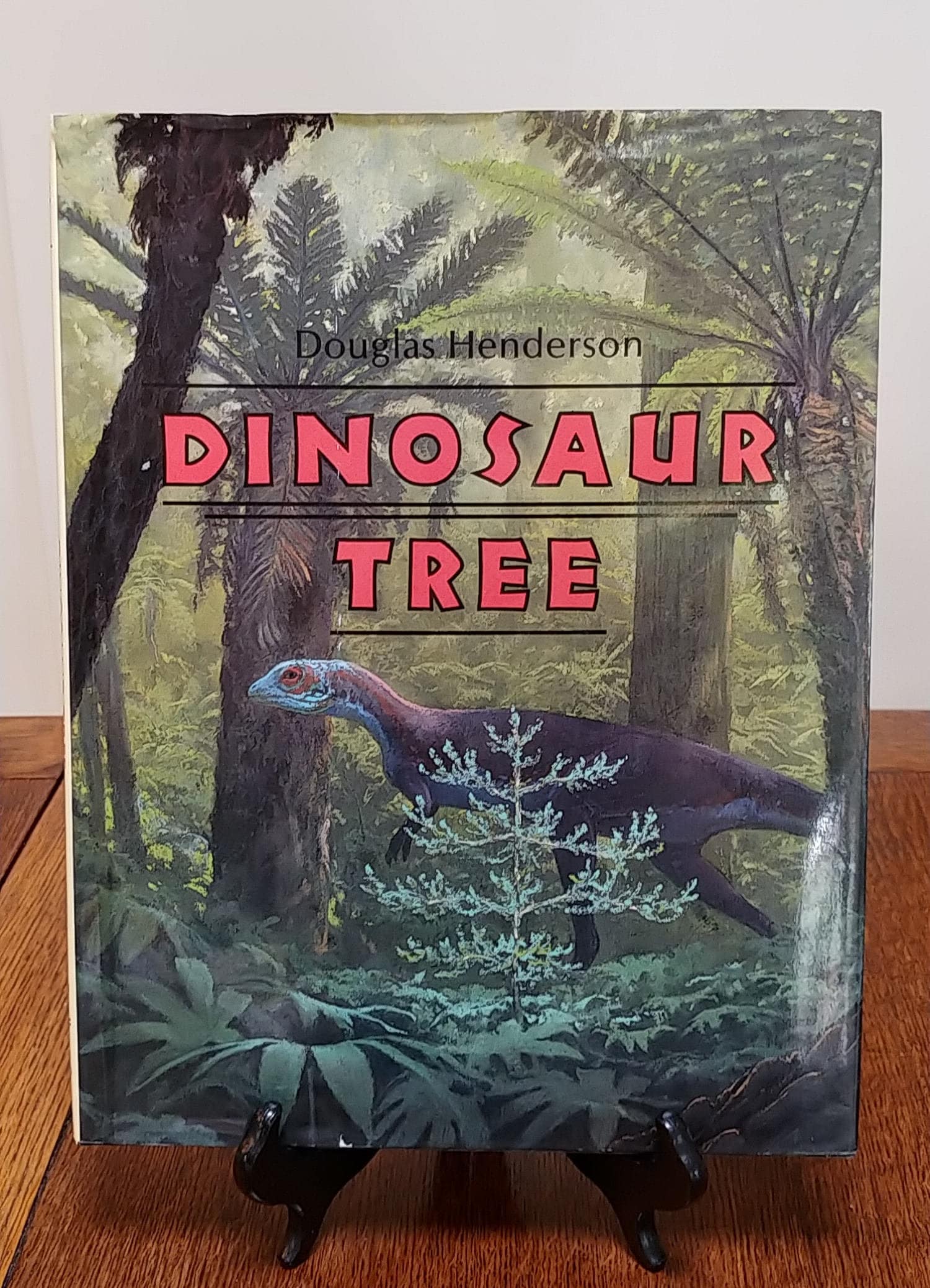 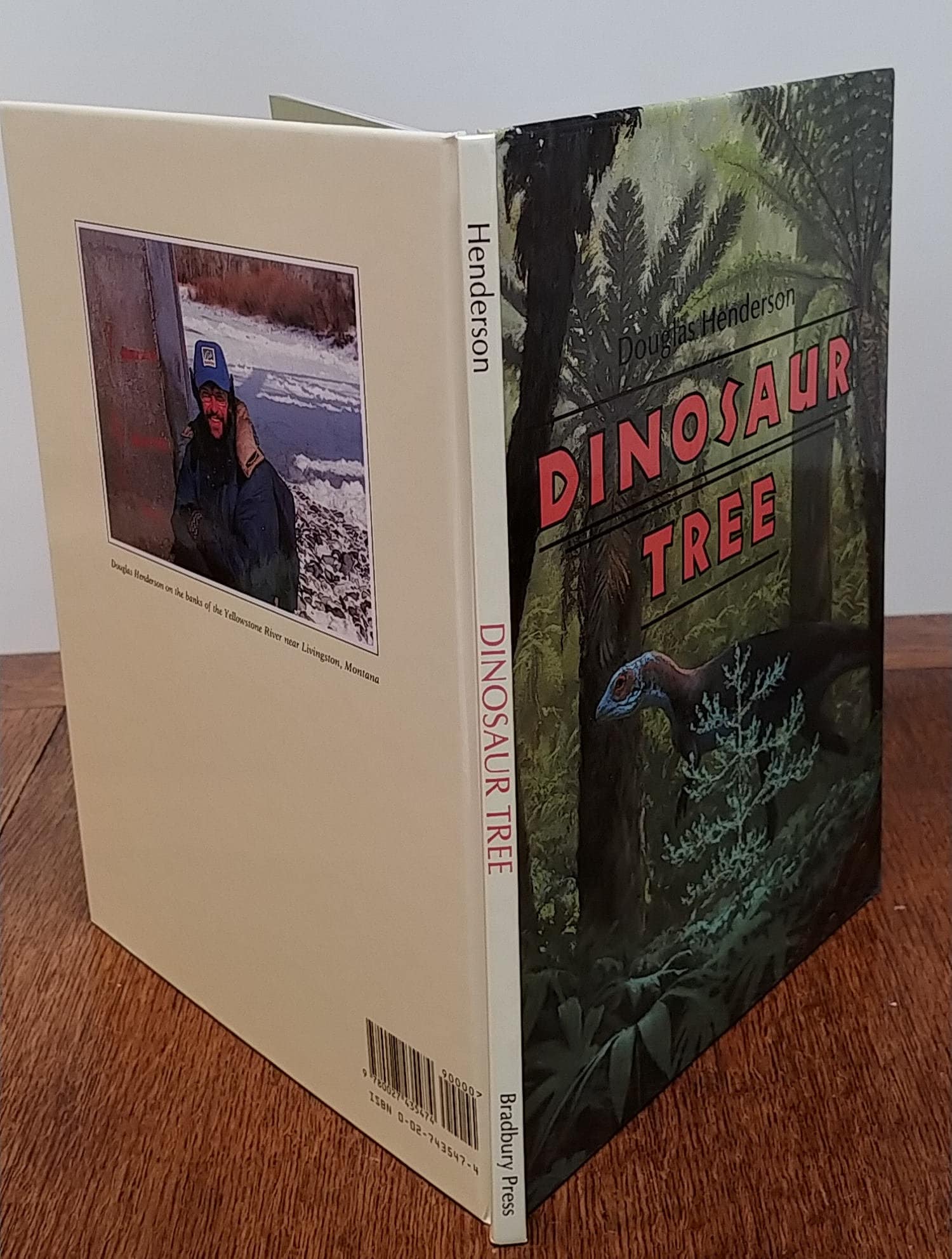 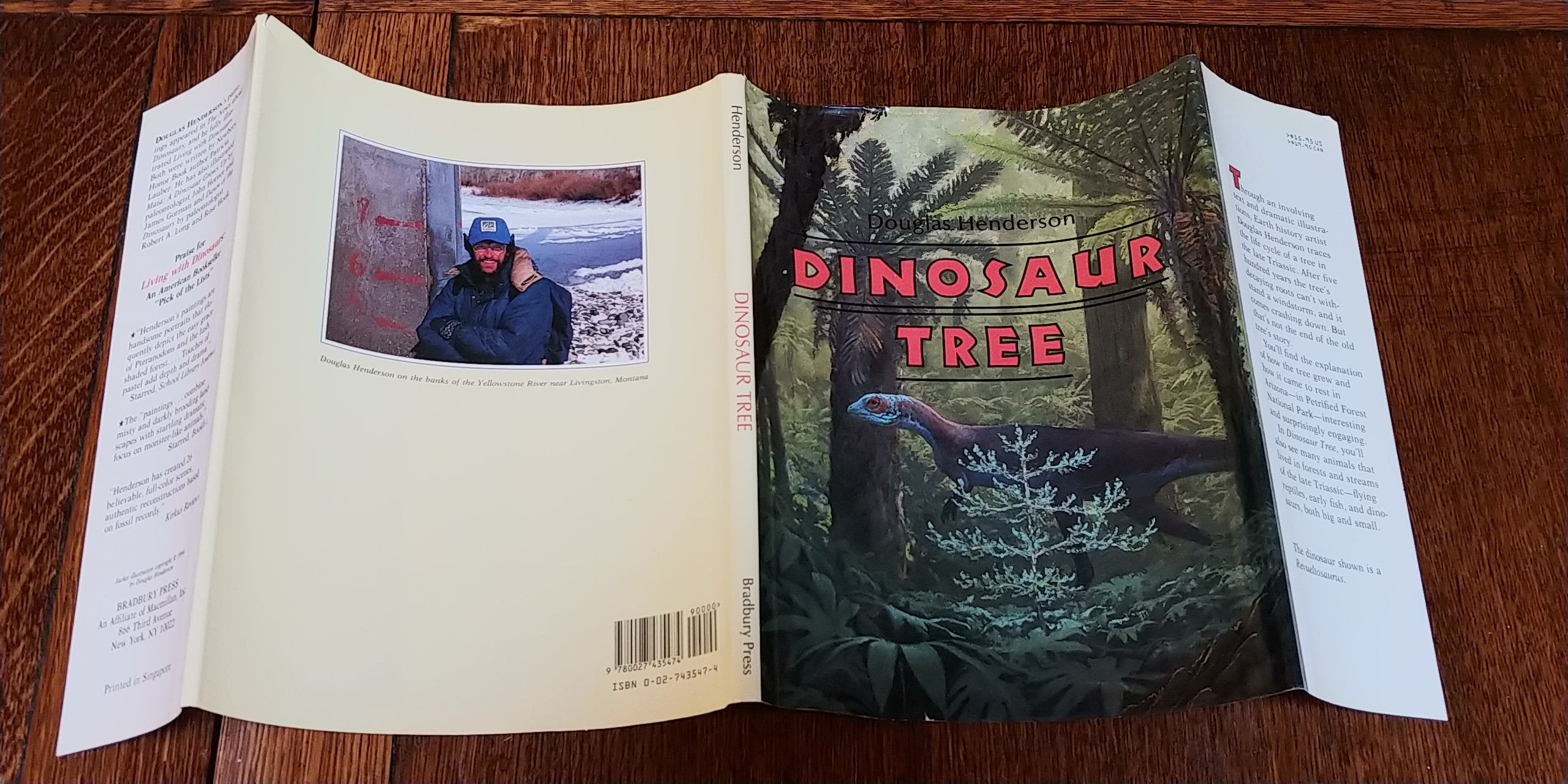 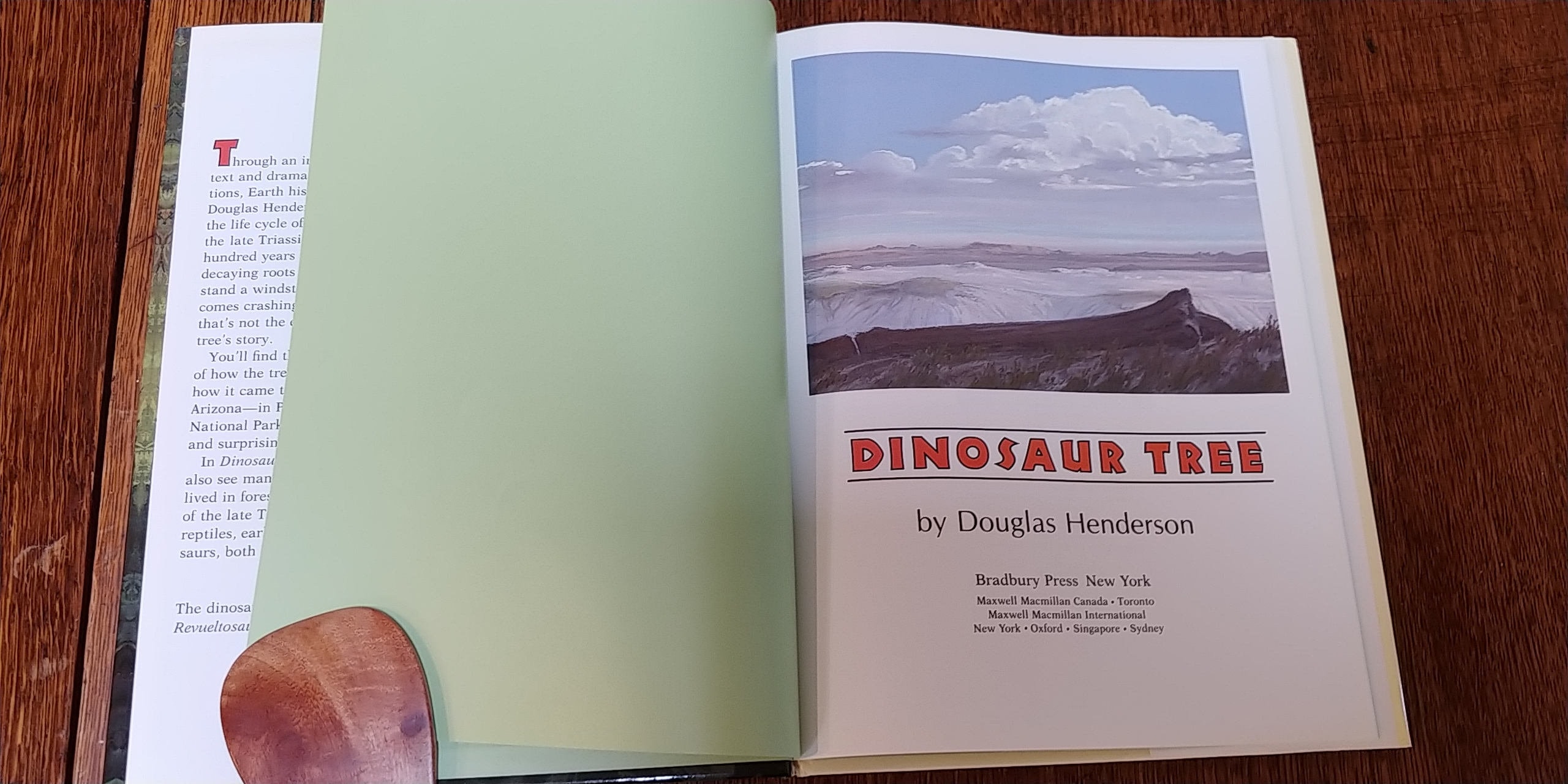 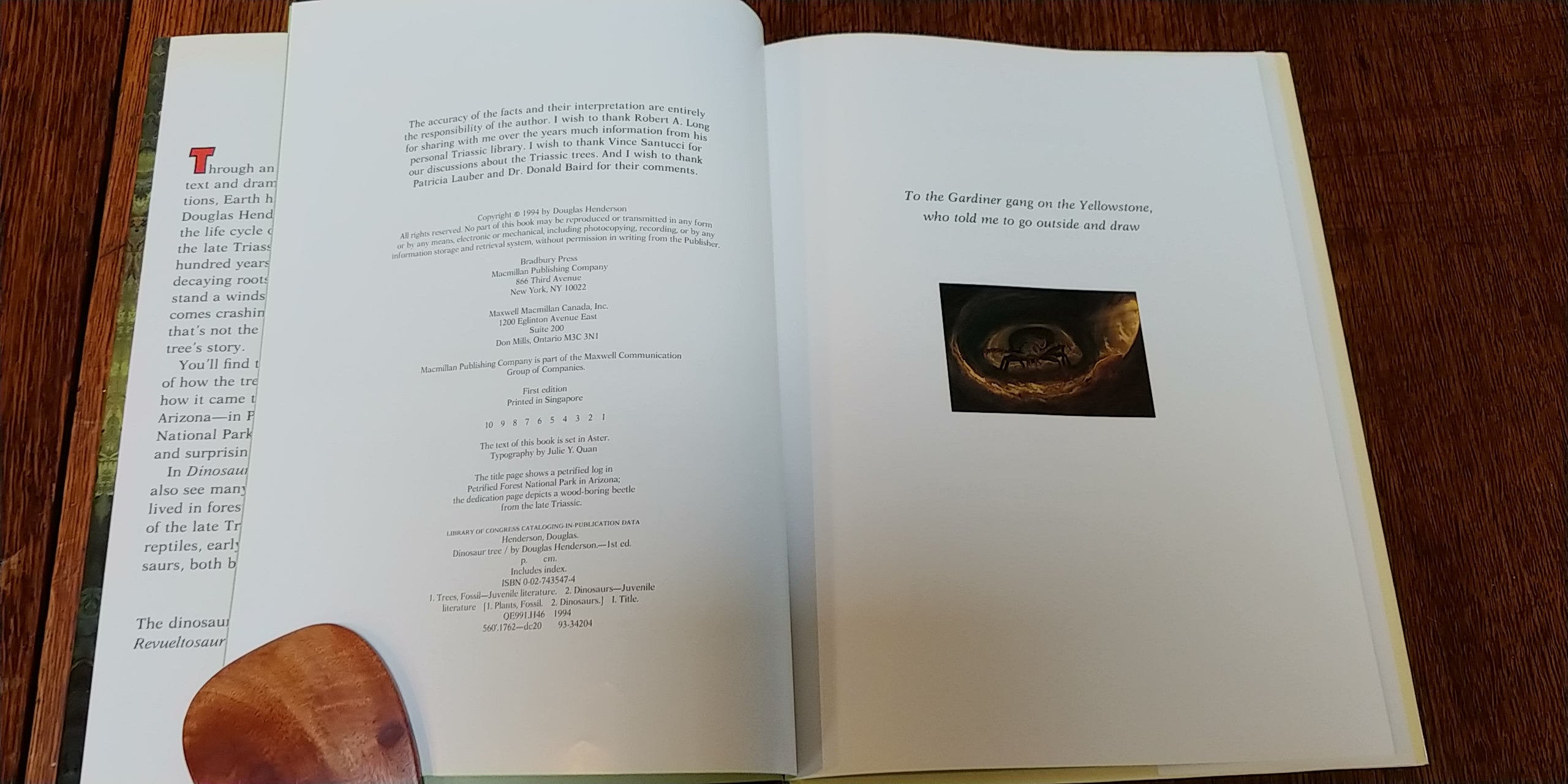 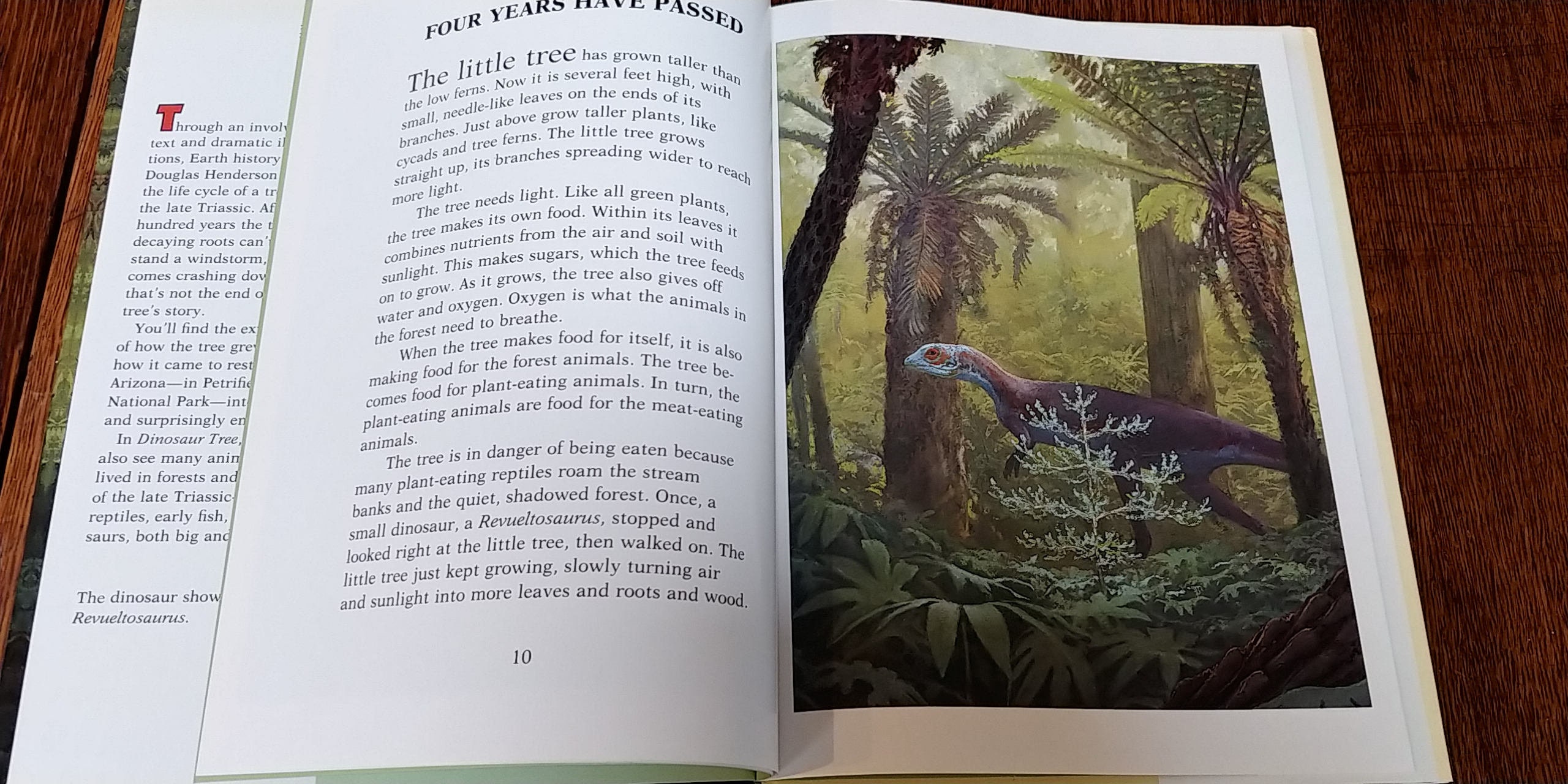 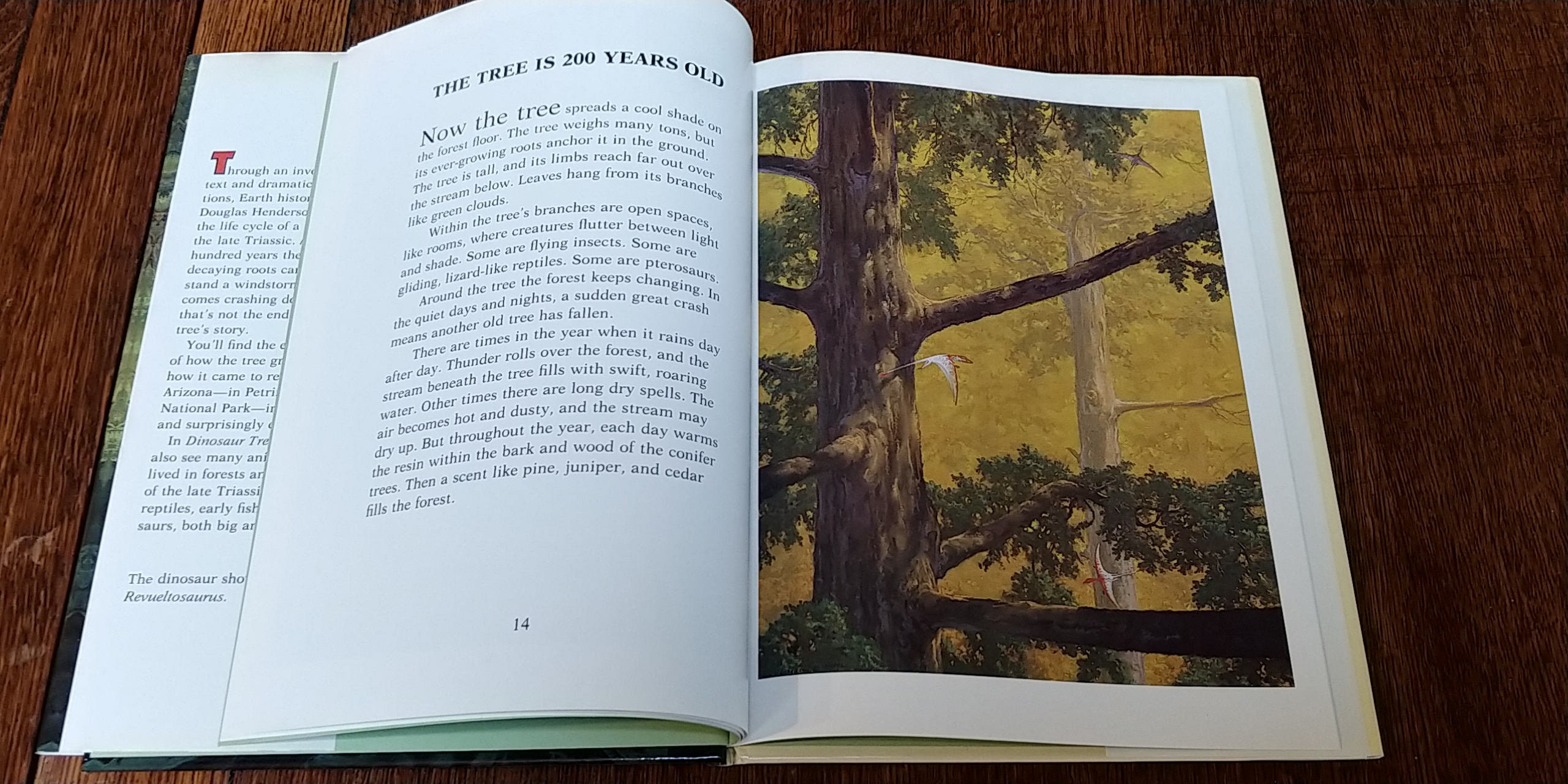 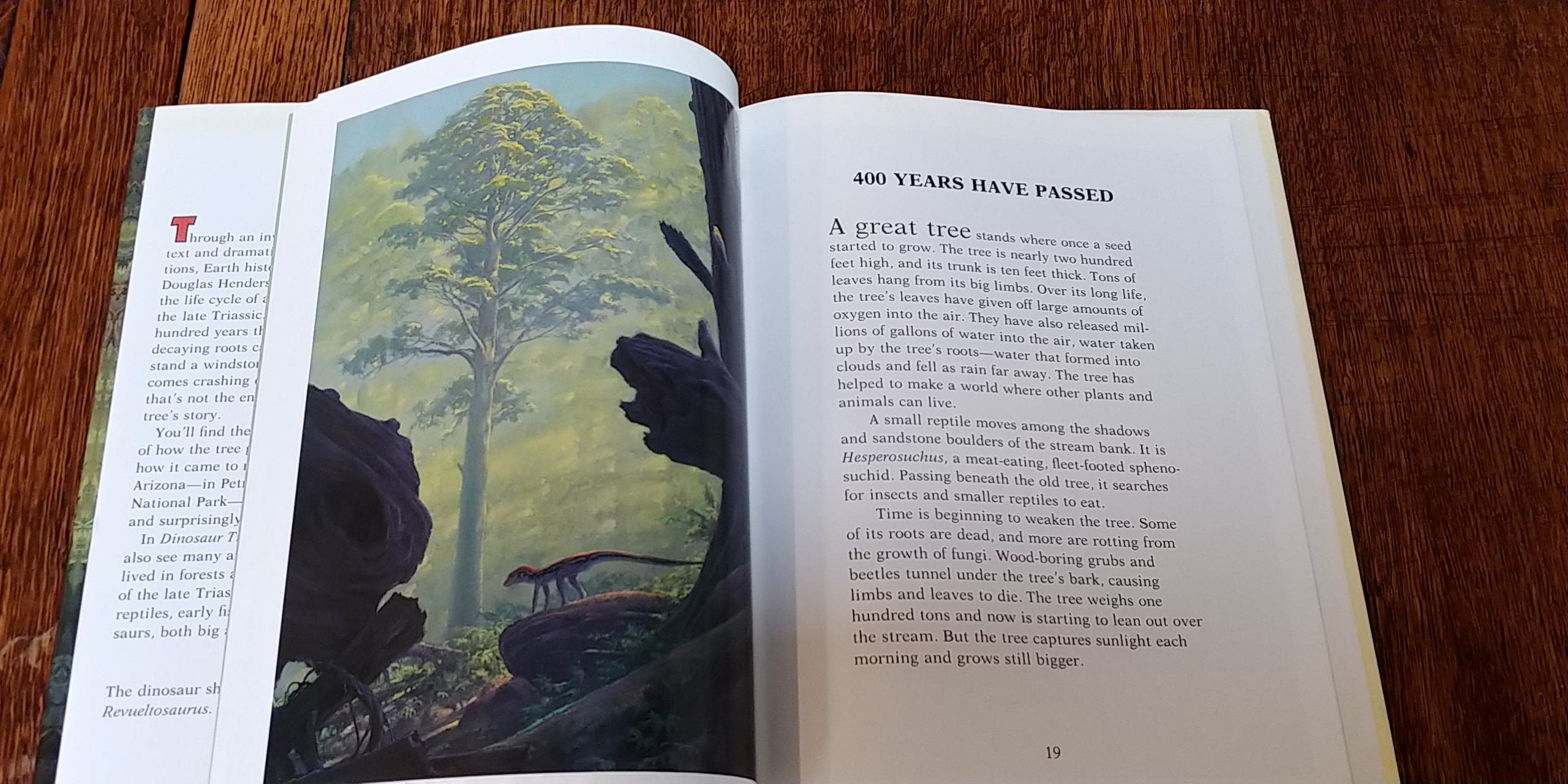 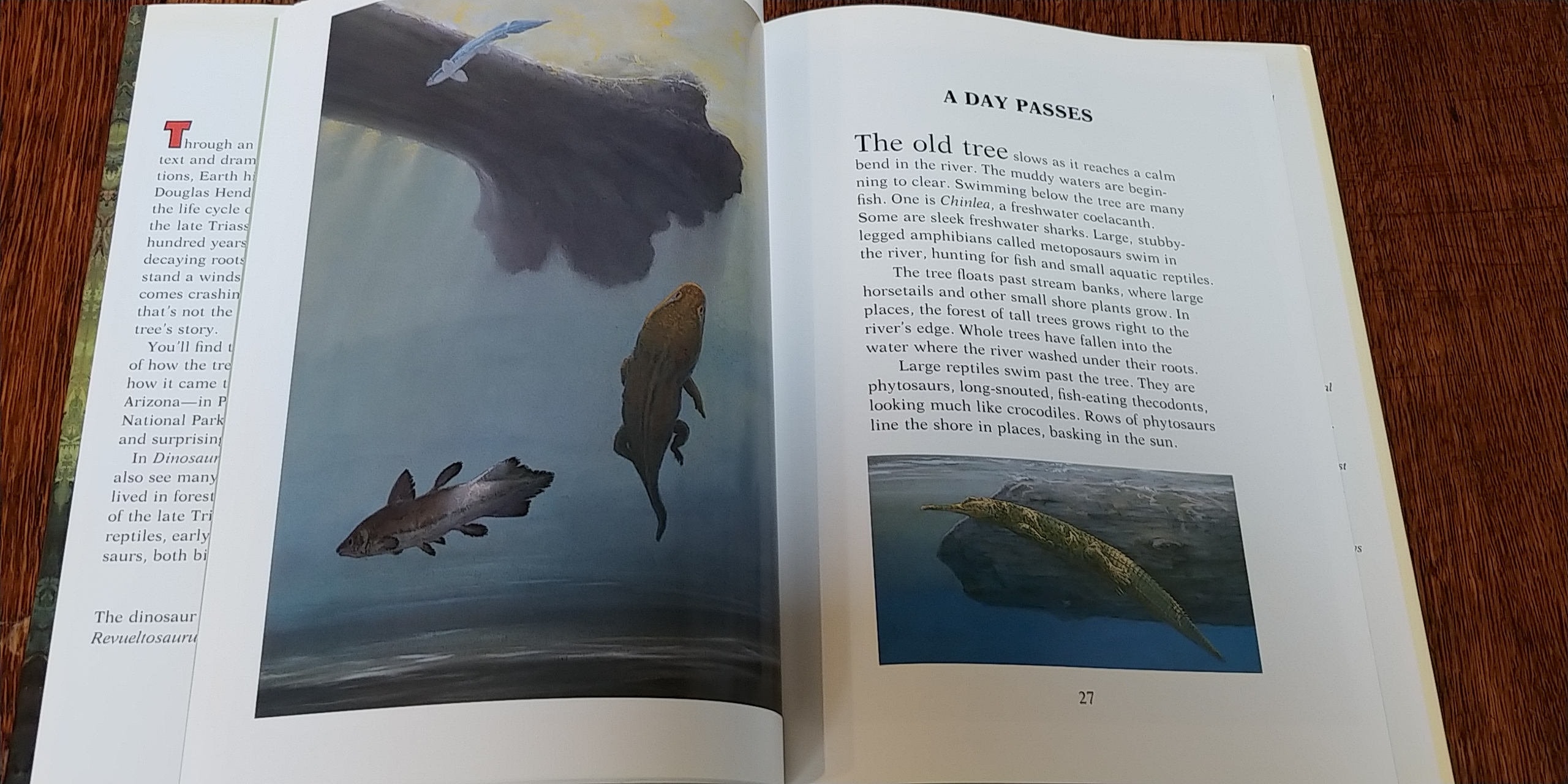 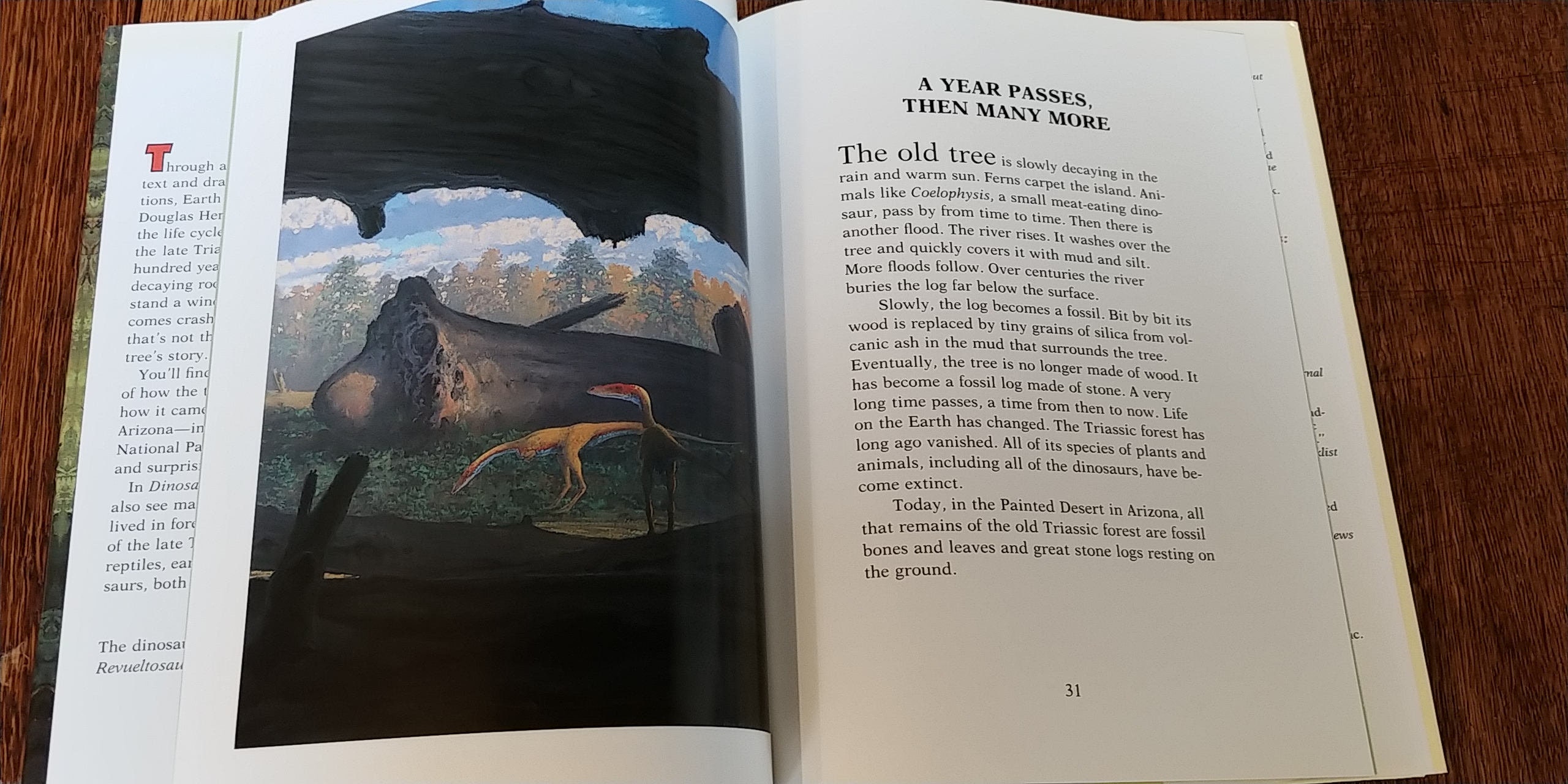 First edition of the Dinosaur Tree by Douglas Henderson, which tells the story of the ancient Triassic forests of Pangaea.

"It is a time when dinosaurs live in the Triassic forest. Above the banks of a stream, a great conifer tree is shedding seeds from the small cones on its branches. One seed drifts down through the air. It falls to the forest floor and tumbles into the damp soil. After a time, warmed by the sun, the tree seed begins to sprout."

Douglas Henderson (1949- ), a paleoartist, illustrator, and painter, based the story of the tree on his explorations of Petrified Forest National Park, near Holbrook, Arizona, which preserves the fossils of ancient trees.

"During the late Triassic, some 225 million years ago, these fossil logs were living conifers, or cone-bearing trees. They grew as forests in a warm, humid region close to the equator and near the western margin of the large Triassic continent called Pangaea. Traces of these forests can be found today in Arizona, Utah, New Mexico, and Texas."

These forests were home to large and small reptiles and some of the first dinosaurs.

Henderson's rich pastel drawings tell the story of these ancient forests by illustrating the life and death of a single ancient tree. He also wrote and illustrated Dinosaurs: A Global View, Dawn of the Dinosaurs, and Maia: A Dinosaur Grows Up, and worked on Jurassic Park.

Condition*: Very Good/Very Good. The dust jacket shows minor shelf wear, and has a small closed tear in the upper left corner. Inside the book, there's a small scuff in the upper right corner of the front endpaper, possibly from a small label.