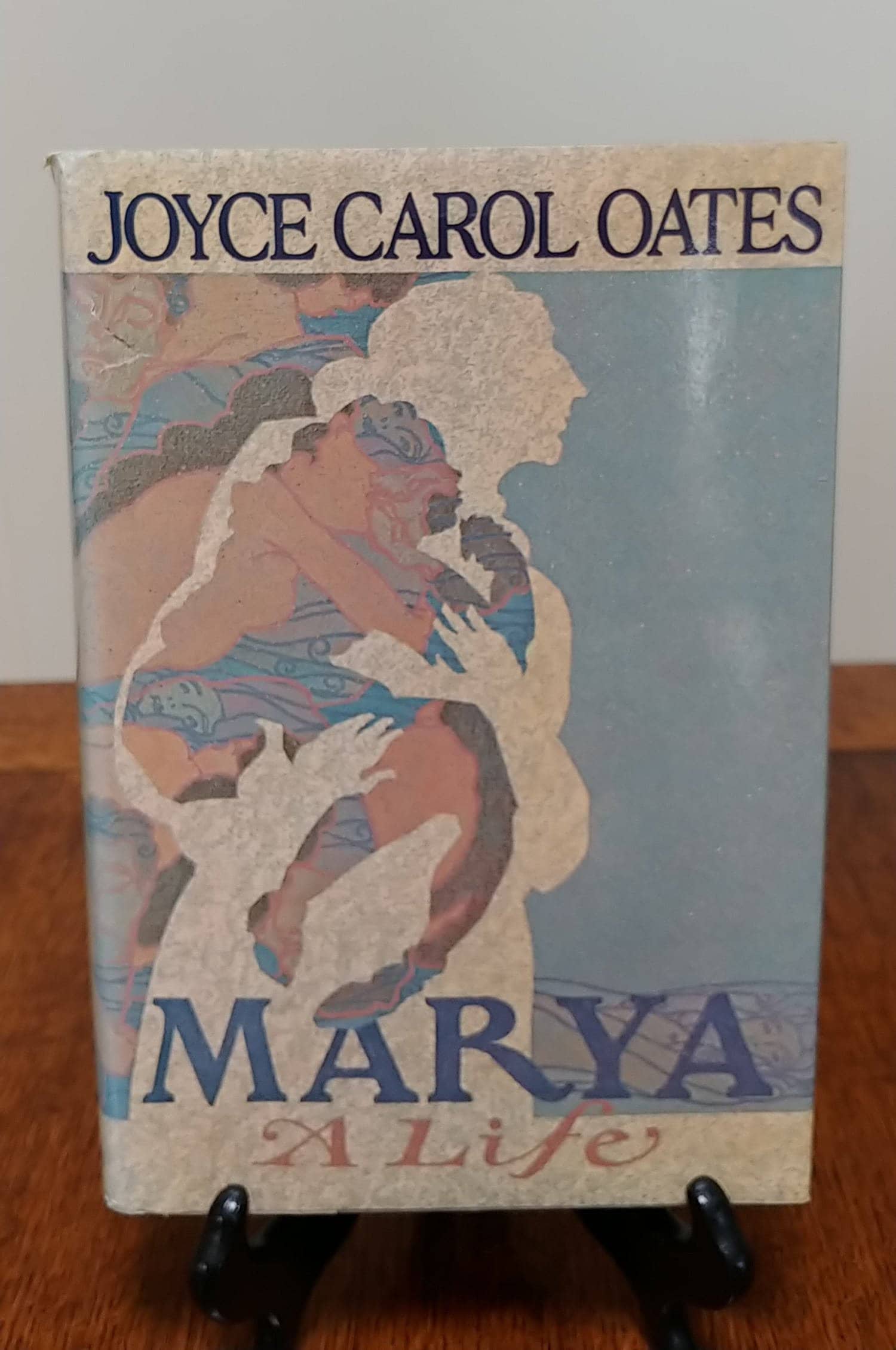 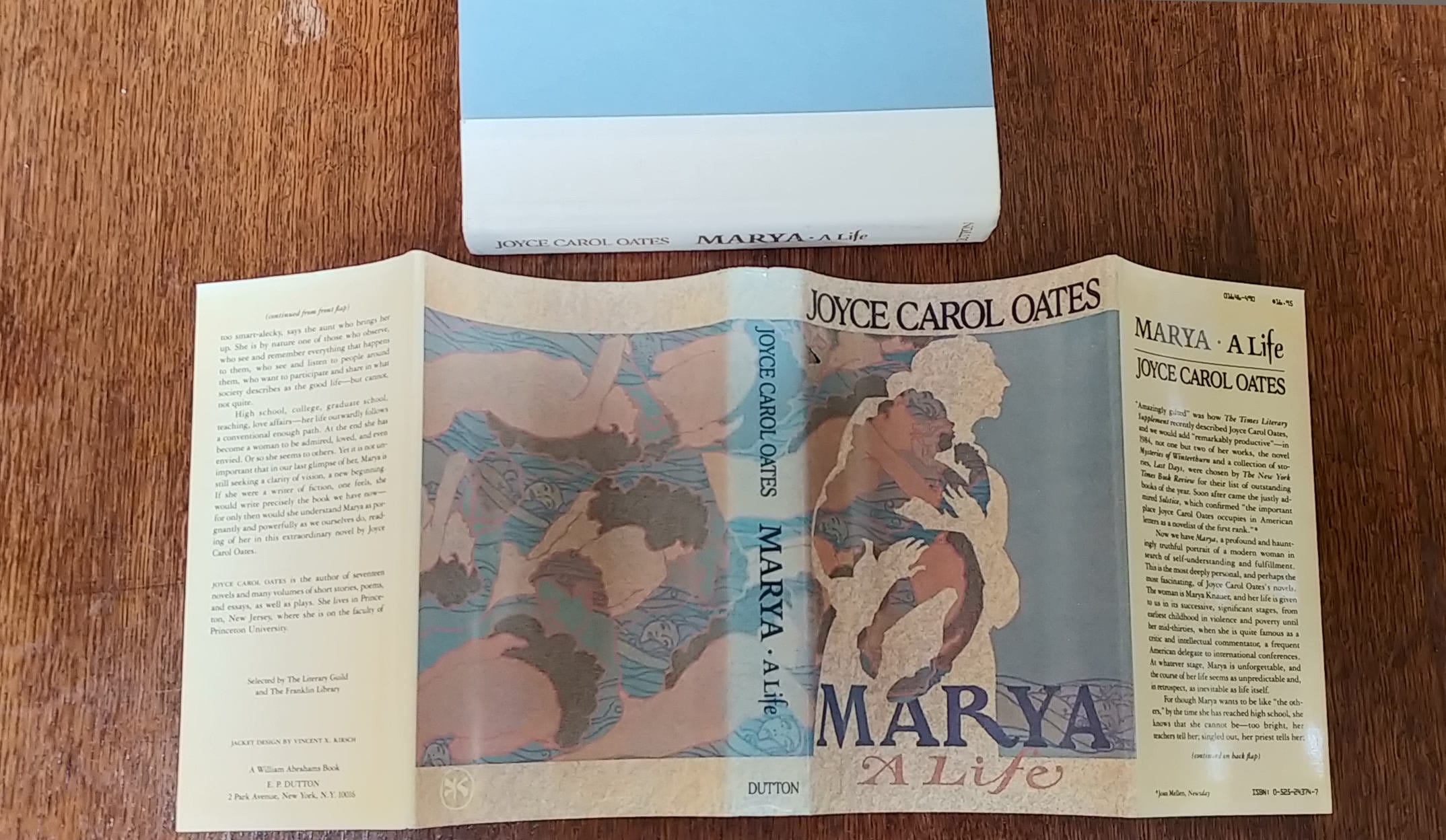 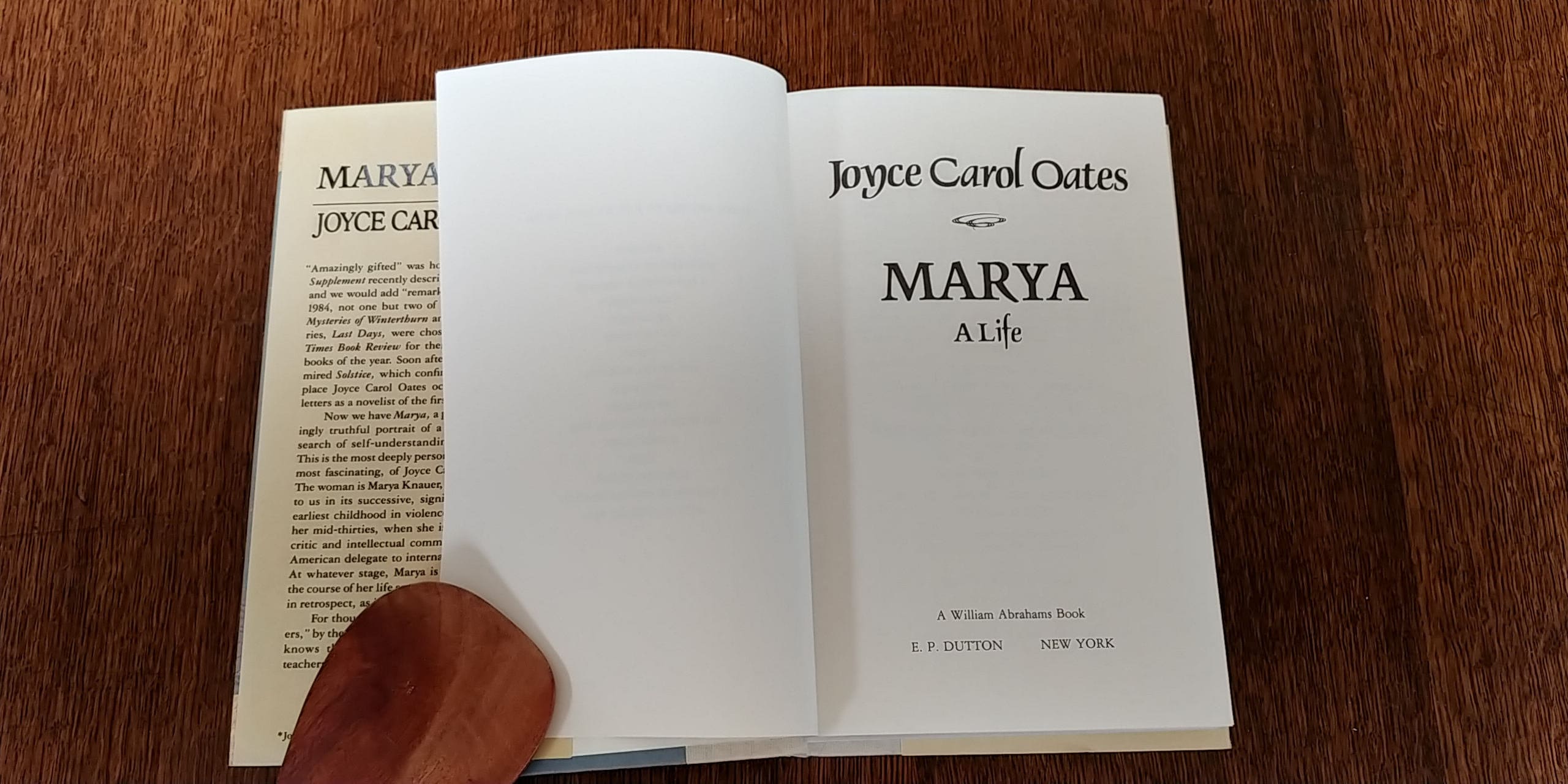 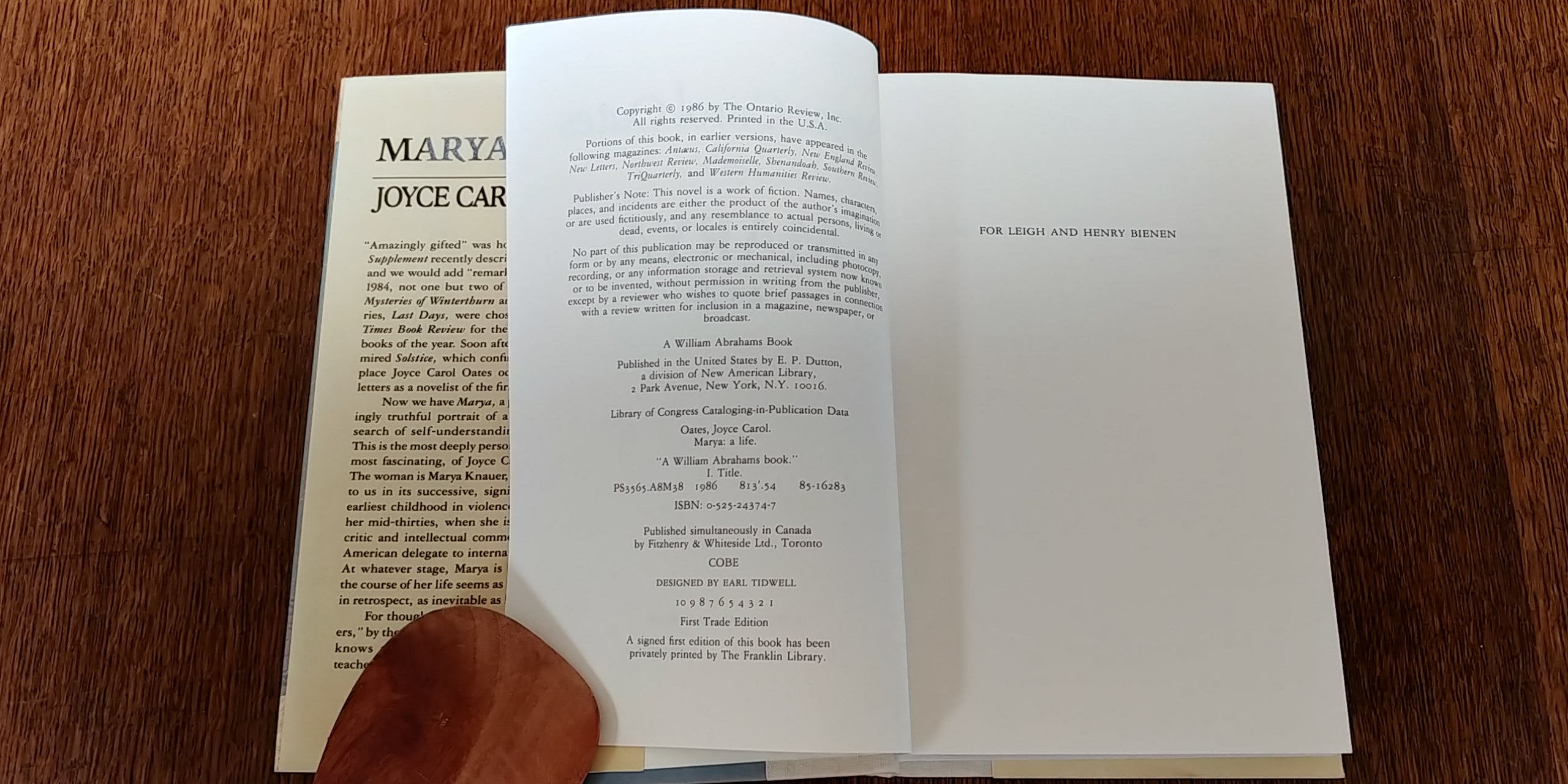 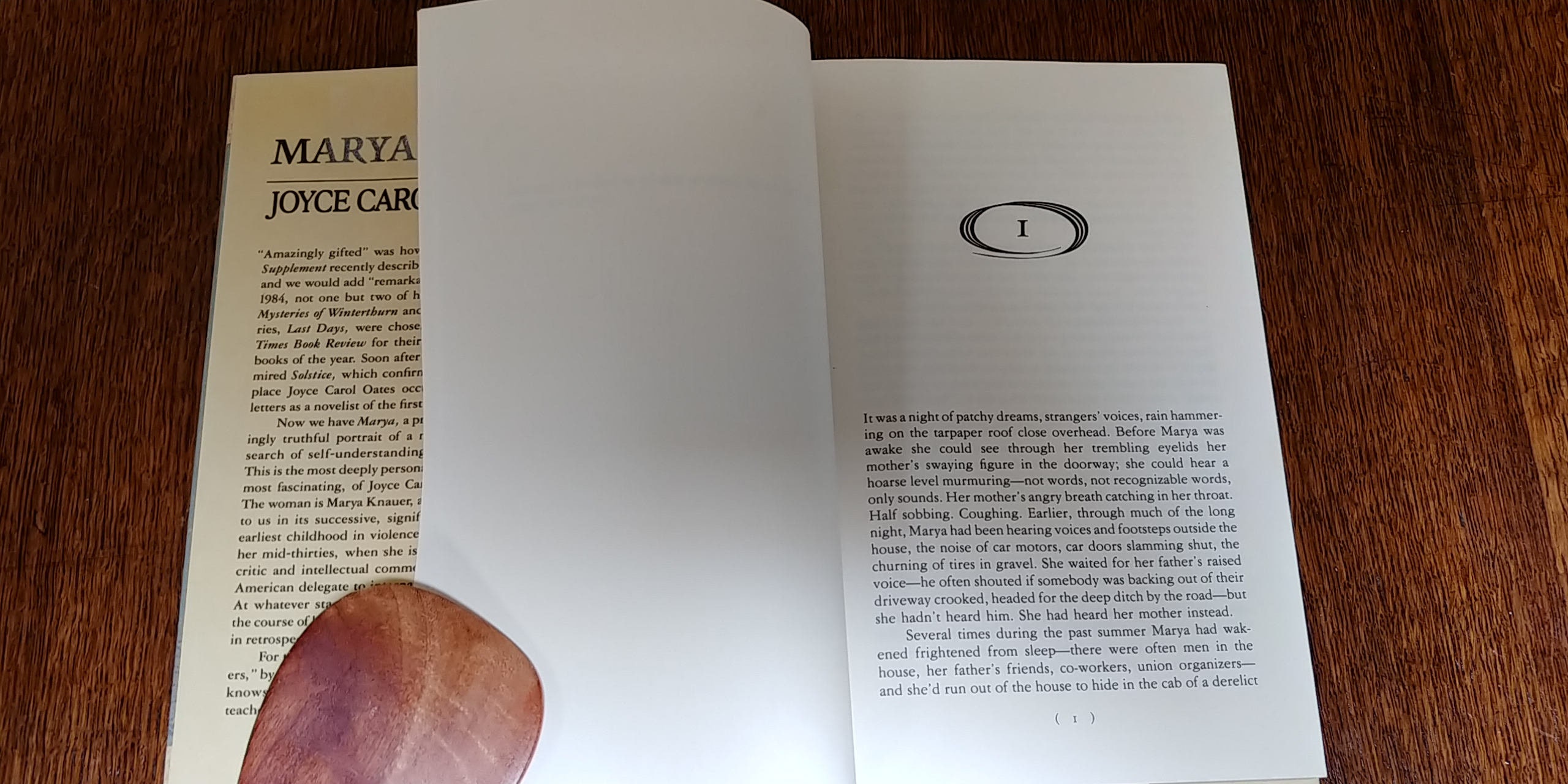 First edition of Marya: A Life by Joyce Carol Oates, the story of a woman's intellectual emancipation.

"Like Joyce Carol Oates, Marya grew up in the 1950's, winning scholarships, studying intensely in college and graduate school, becoming a respected author while still in her 20's. The novel, says its author, is ''autobiographical in some details and in an emotional sense. My friends who read it will recognize the college and Marya's room'' - at a fictionalized Syracuse University - ''and I had that same sense of being enchanted by working hard, staying up late reading and being exhausted. Everything is so powerful at that age, even the bad experiences are wonderful in retrospect.'' And although the novel is ''realistic in all details,'' she says, ''I also meant it to be emblematic of the desire to be emancipated intellectually. Marya goes through a period of feeling genderless, which is an experiment for women in our era. Then the trajectory is back toward the mother and family that's been left behind. She realizes she is her mother's daughter. It's one of the currents in a woman's life.""

Joyce Carol Oates (1938- ) is one of America's greatest writers, having authored 58 novels and novellas, plays, poetry, and non-fiction, and received the National Book Award, the O. Henry Award, the National Humanities Medal, the Jerusalem Prize, and other honors.

Condition*: Near Fine/Very Good. Dust jacket: Small closed tear on the front upper left corner; minor ruffling at the head of the spine; minor fading along the spine.