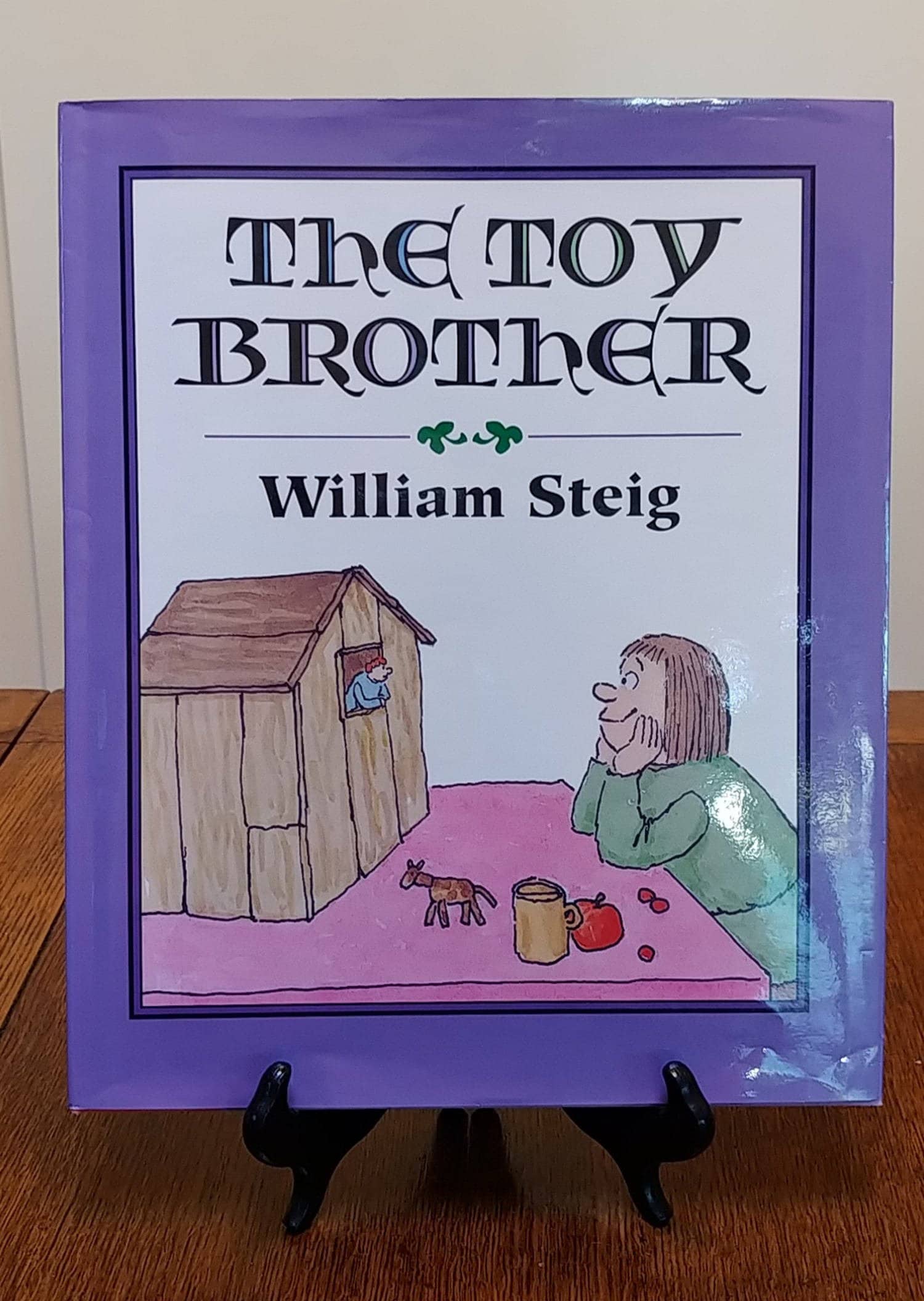 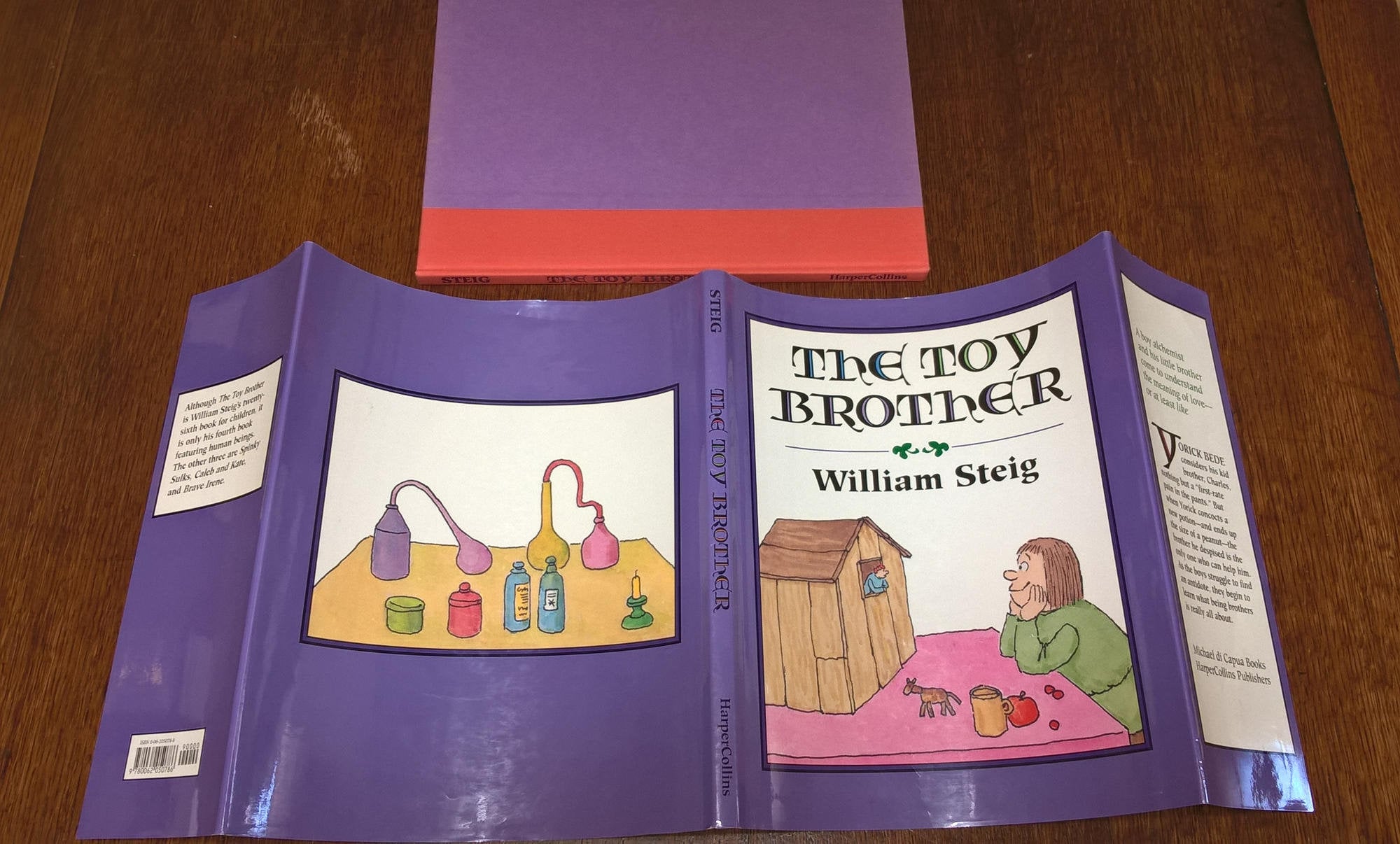 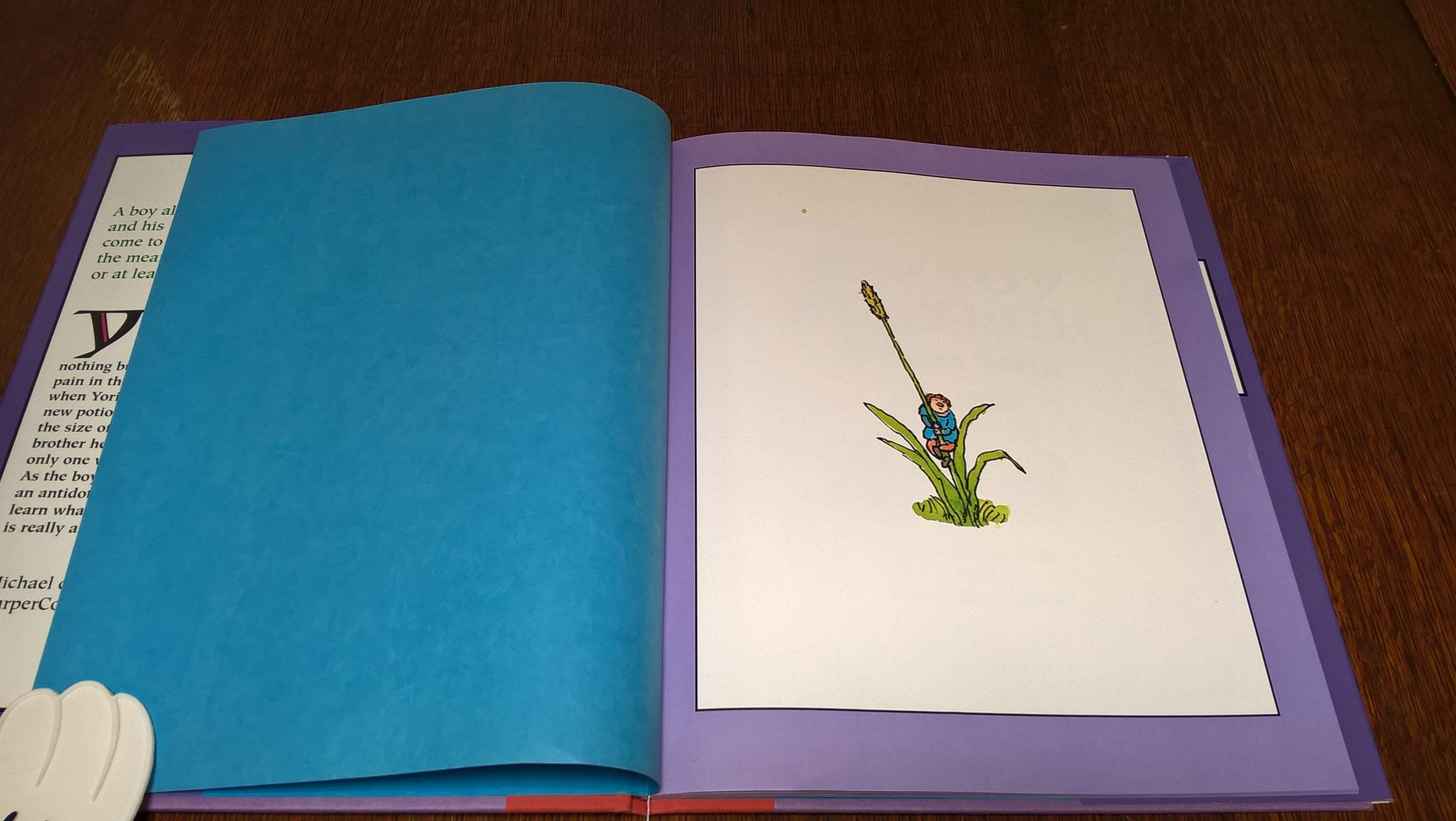 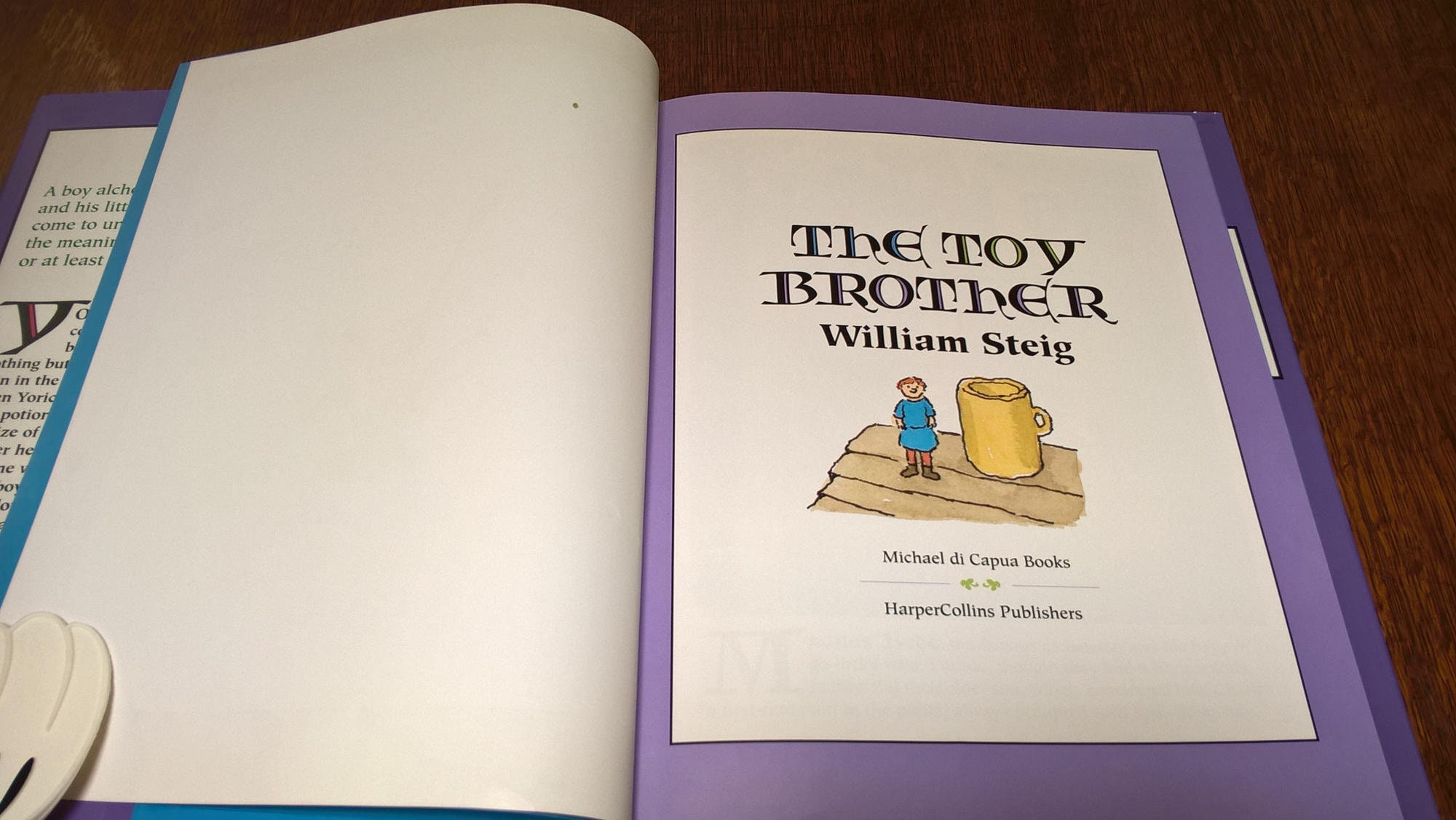 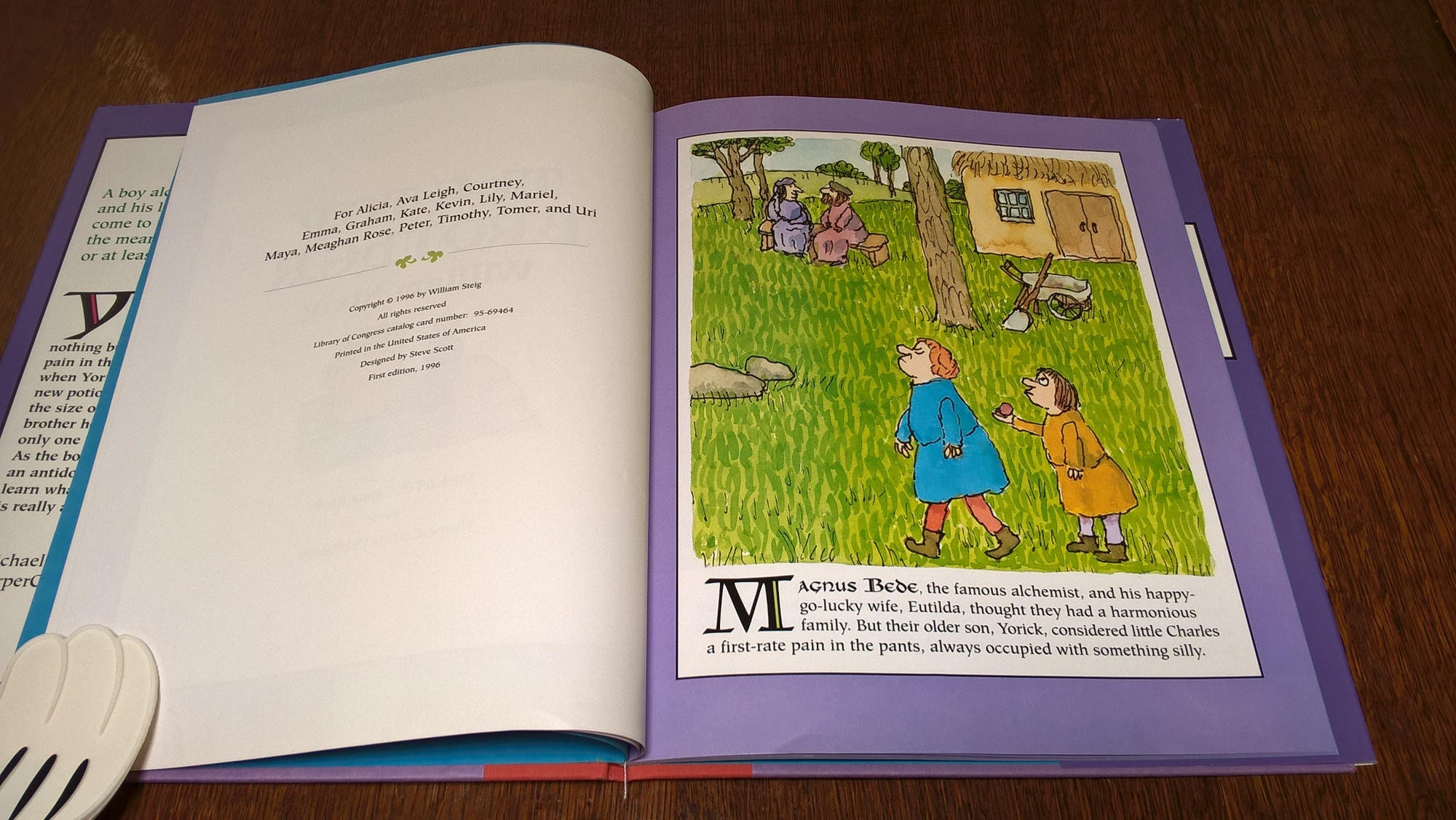 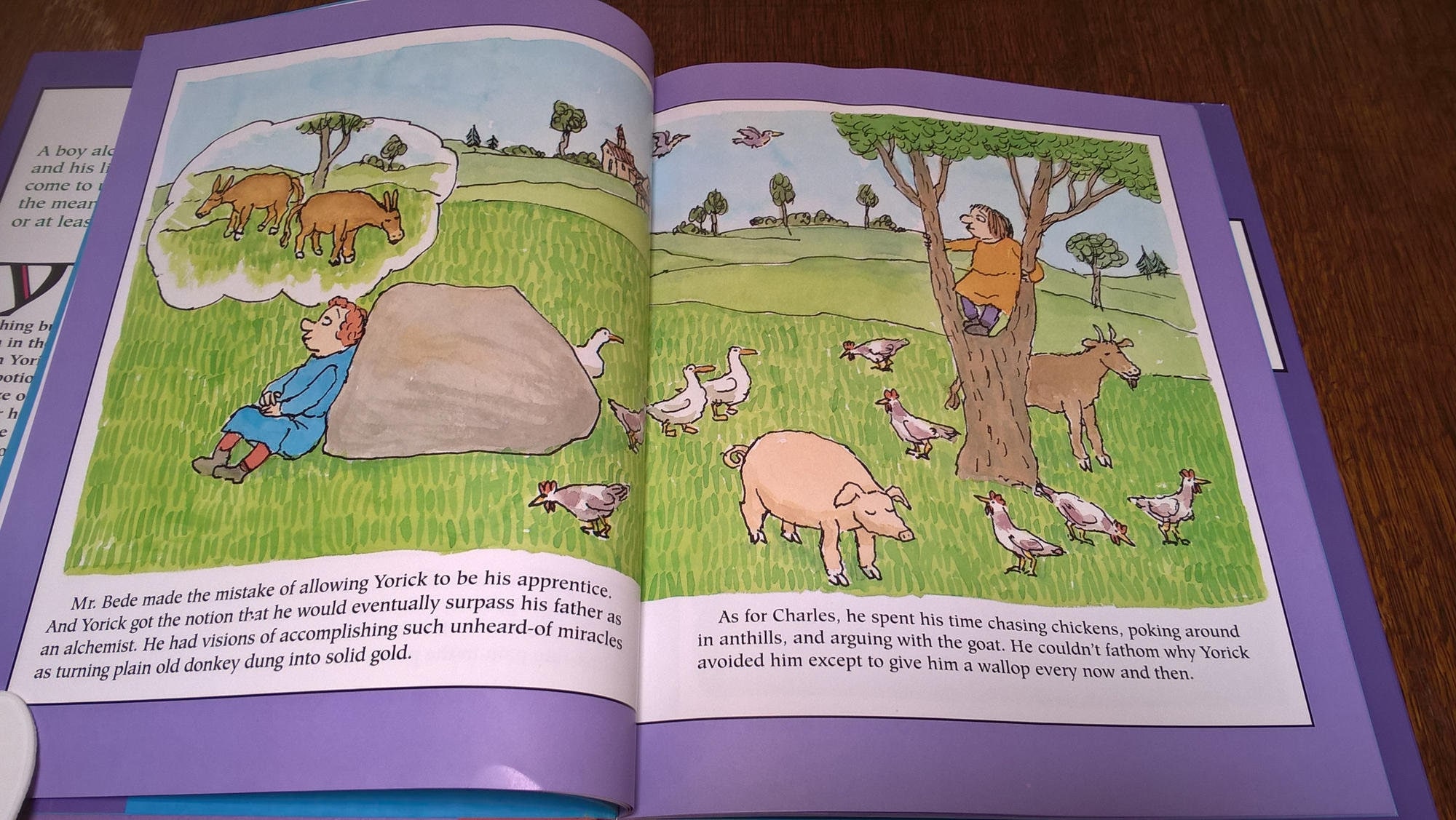 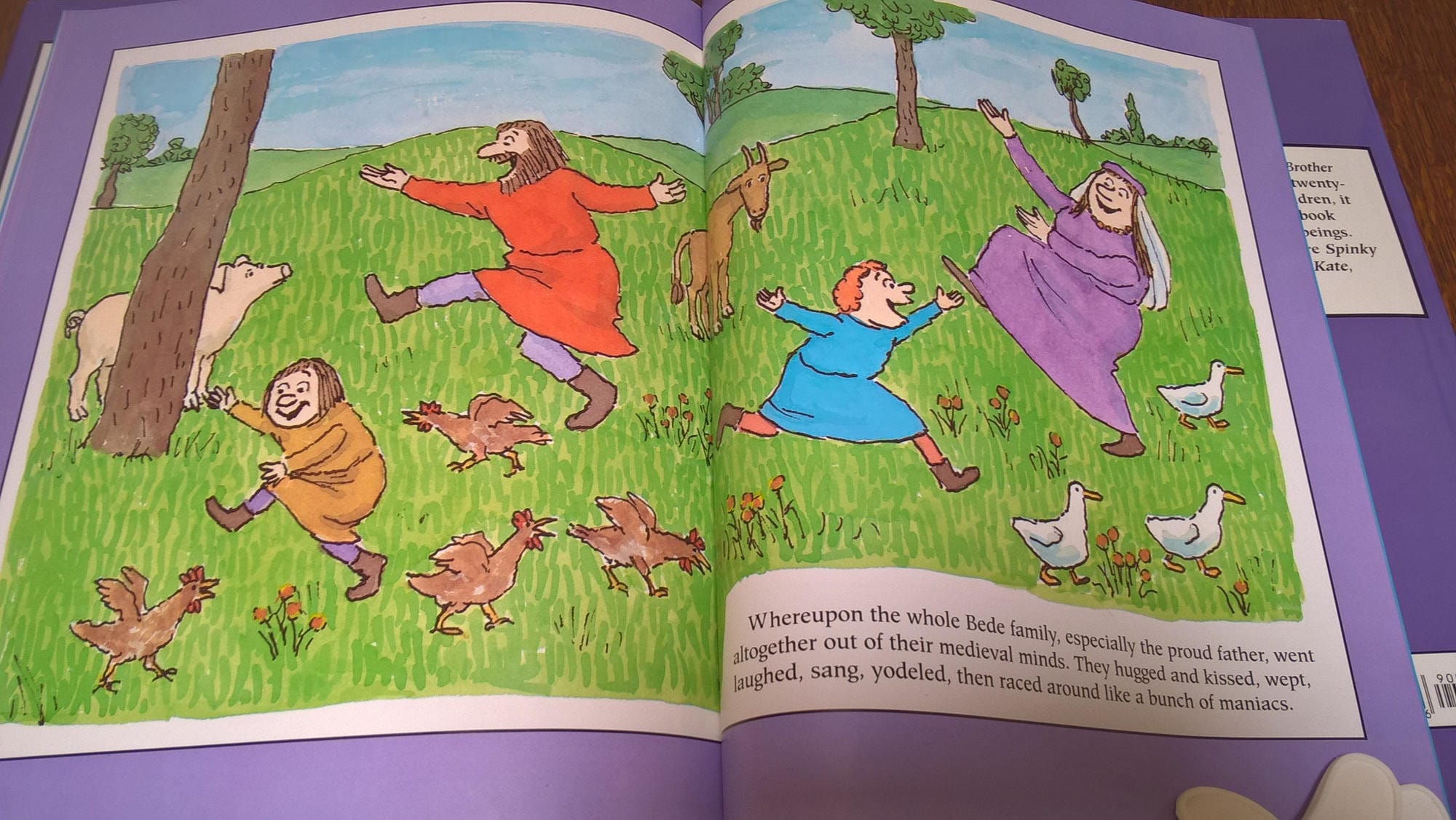 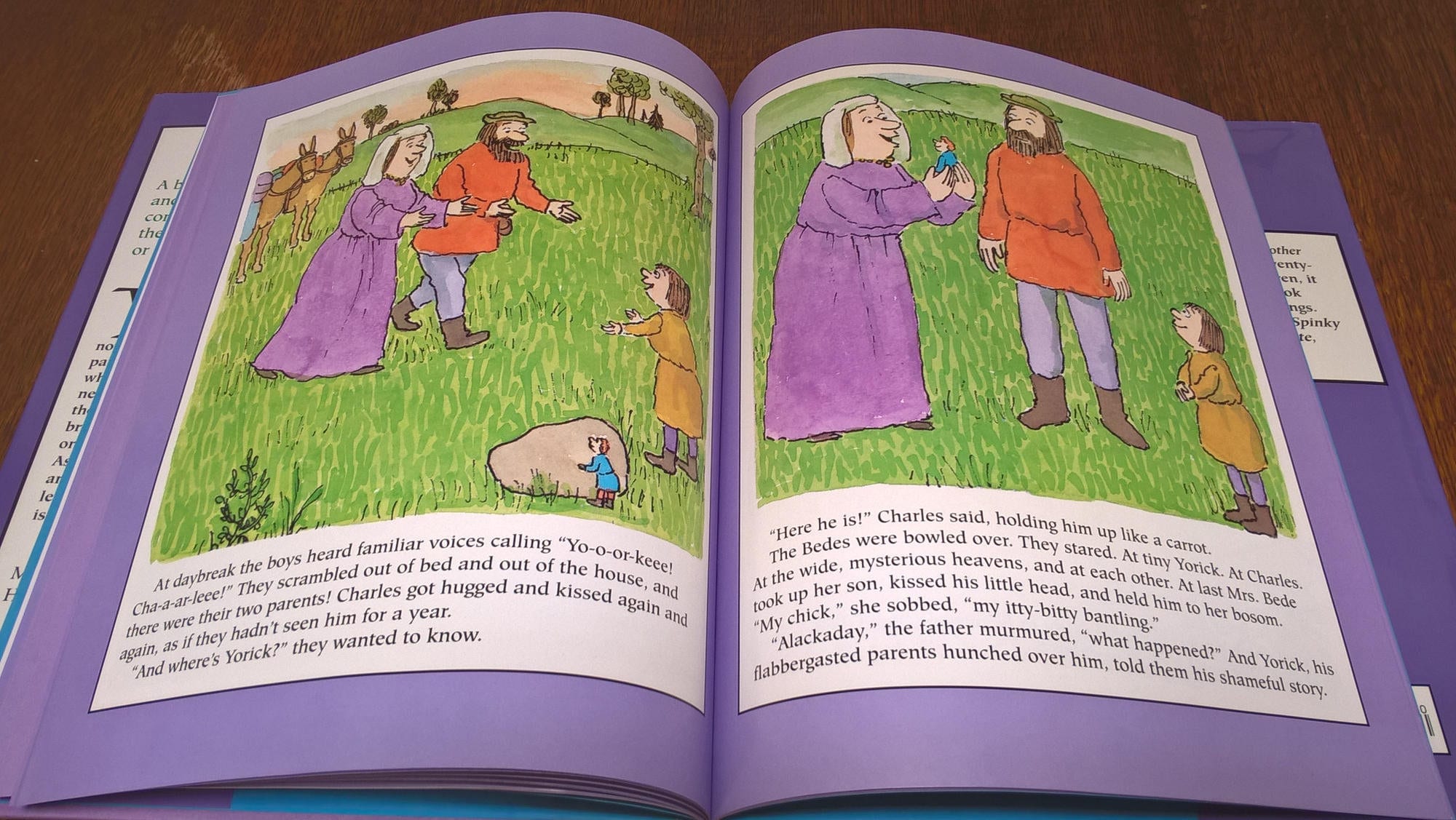 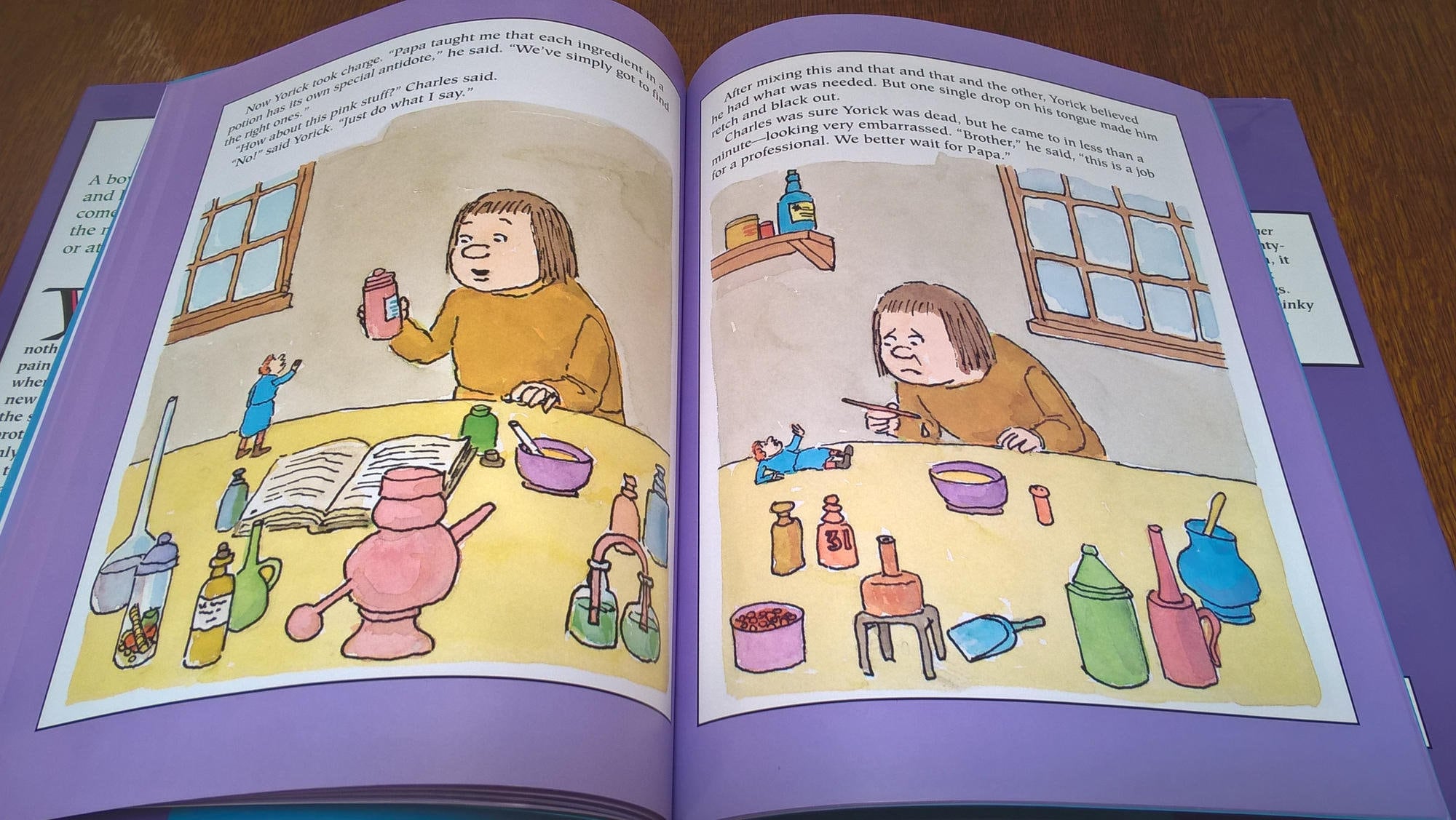 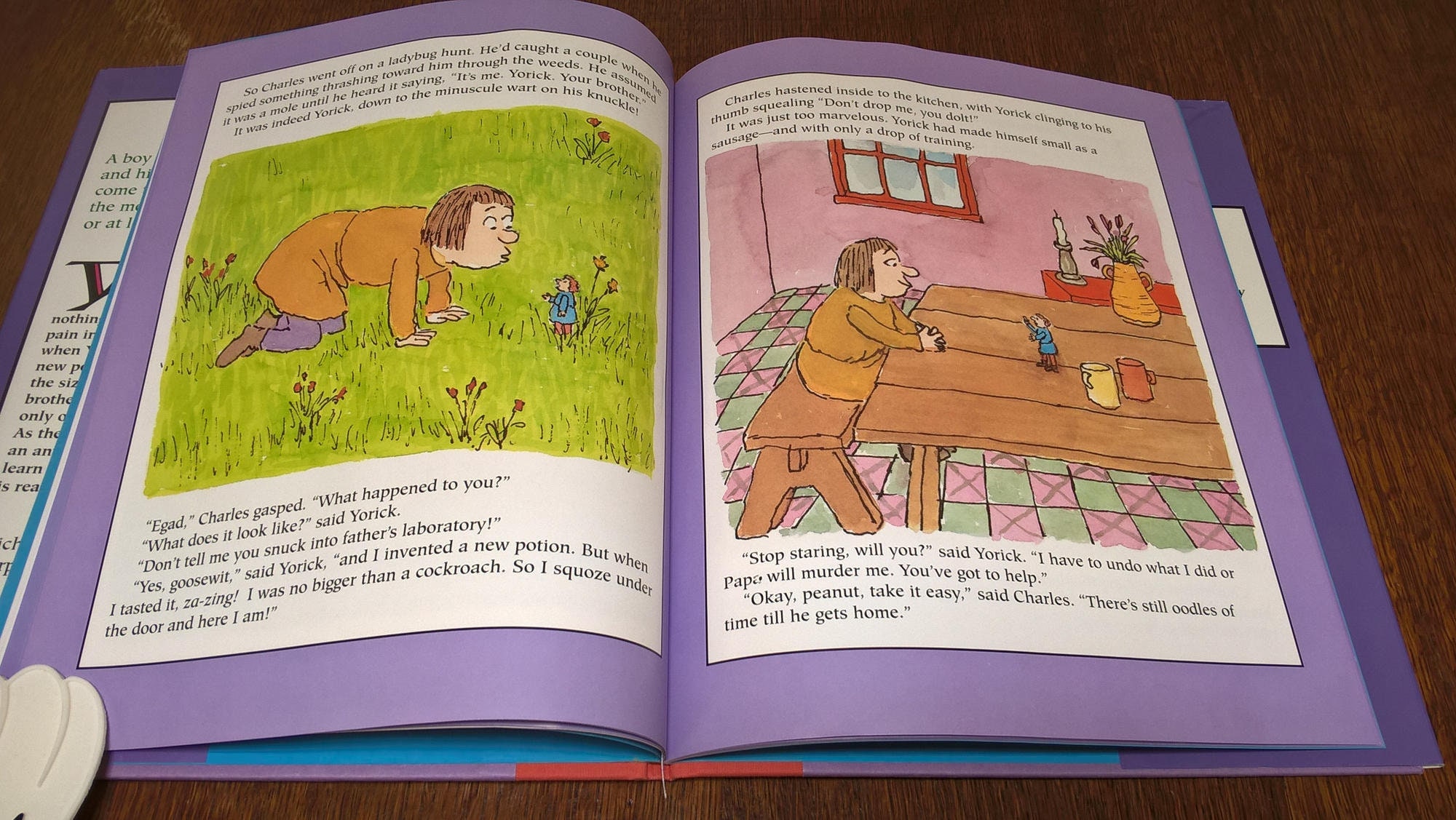 First edition of The Toy Brother by William Steig. When the medieval parents of two boys leave the oldest in charge for a few days we learn about brotherly love, and that some things never change.

"Magnus Bede, the famous alchemist, and his happy-go-lucky wife, Eutilda, thought they had a harmonious family. But their older son, Yorick, considered little Charles a first-rate pain in the pants, always occupied with something silly.

Mr. Bede made the mistake of allowing Yorick to be his apprentice. And Yorick got the notion that he would eventually surpass his father as an alchemist. He had visions of accomplishing such unheard-of miracles as turning plain old donkey dung into solid gold.

As for Charles, he spent his time chasing chickens, poking around in anthills, and arguing with the goat. ..."

The rest of the story is an old one: Older brother dismisses younger brother, who doesn't understand. Mom and Dad go out of town for a wedding and leave the boys at home with the older brother in charge, with explicit instructions to stay out of Dad's lab. Of course, Yorick sneaks into the lab at the first opportunity and ends up concocting a potion that shrinks him to the size of a sausage, and ends up in big trouble when Mom and Dad get home.

William Steig (1907 - 2003) was an artist, sculptor, and well-known New Yorker cartoonist. At age 61 he became a children's book author with the publication of CDB. In our family, Steig is most famous as the creator of Shrek. He also wrote Silvester and The Magic Pebble, for which he won a Caldecott Medal, Abel's Island, Doctor De Soto, and many others.